Many new cars use piano-black plastic interior trim, which only looks nice for about the first five minutes after taking delivery of the vehicle. After that, it's very easy for these trim pieces to get scratched. In this video, Larry Kosilla—car-detailing fanatic and founder of Ammo NYC—explains how to remove those scratches from your car's interior trim.

This first step is making sure you can see everything, which can be difficult for dark-colored car interiors. For this demo, Kosilla used a stick light that hangs from a bar, which attaches to the roof pillars.

Next, Kosilla cleans the area to be detailed with compressed air, a brush, and picks (to get into the gaps between trim pieces), then masks off the area with blue painter's tape. That's followed by a 50/50 mix of water and isopropyl alcohol to remove hand grease and stains. It's important to prevent that residue from contaminating the tiny cleaning pads used to polish away scratches, Kosilla said. 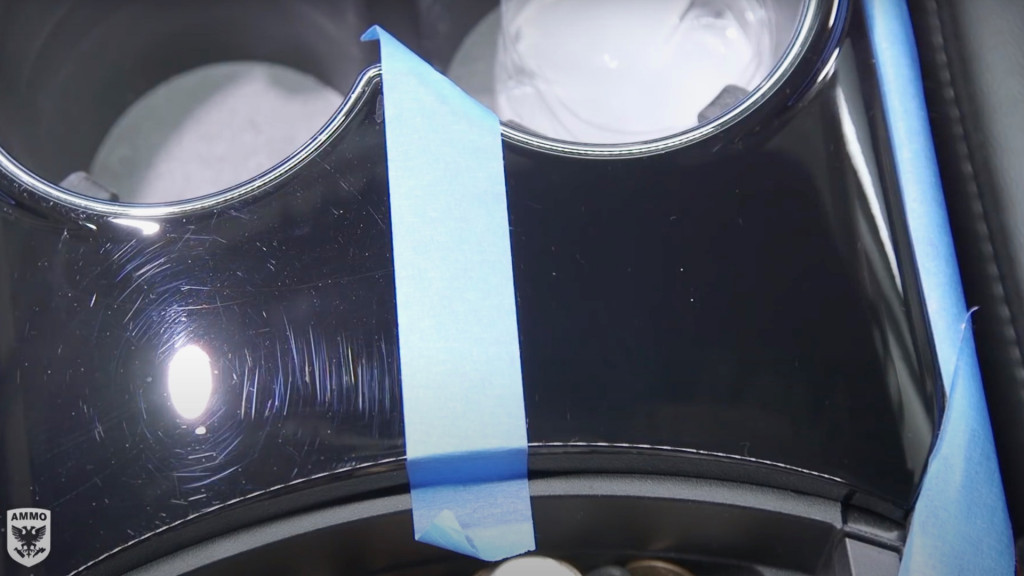 Those small pads also need to be cleaned more frequently, Kosilla said. That requires multiple cycles of applying polishing compound to the pad, hitting a small area of interior trim, cleaning the pad off, and repeating.

If you don't want to go through that laborious process again soon, you can also put a clear bra on plastic interior trim, Kosilla said, noting that it's not something he personally does.

Kosilla also has plenty of other how-to videos on his YouTube channel, covering the basics of car detailing and other common projects like removing scratches from door handles.