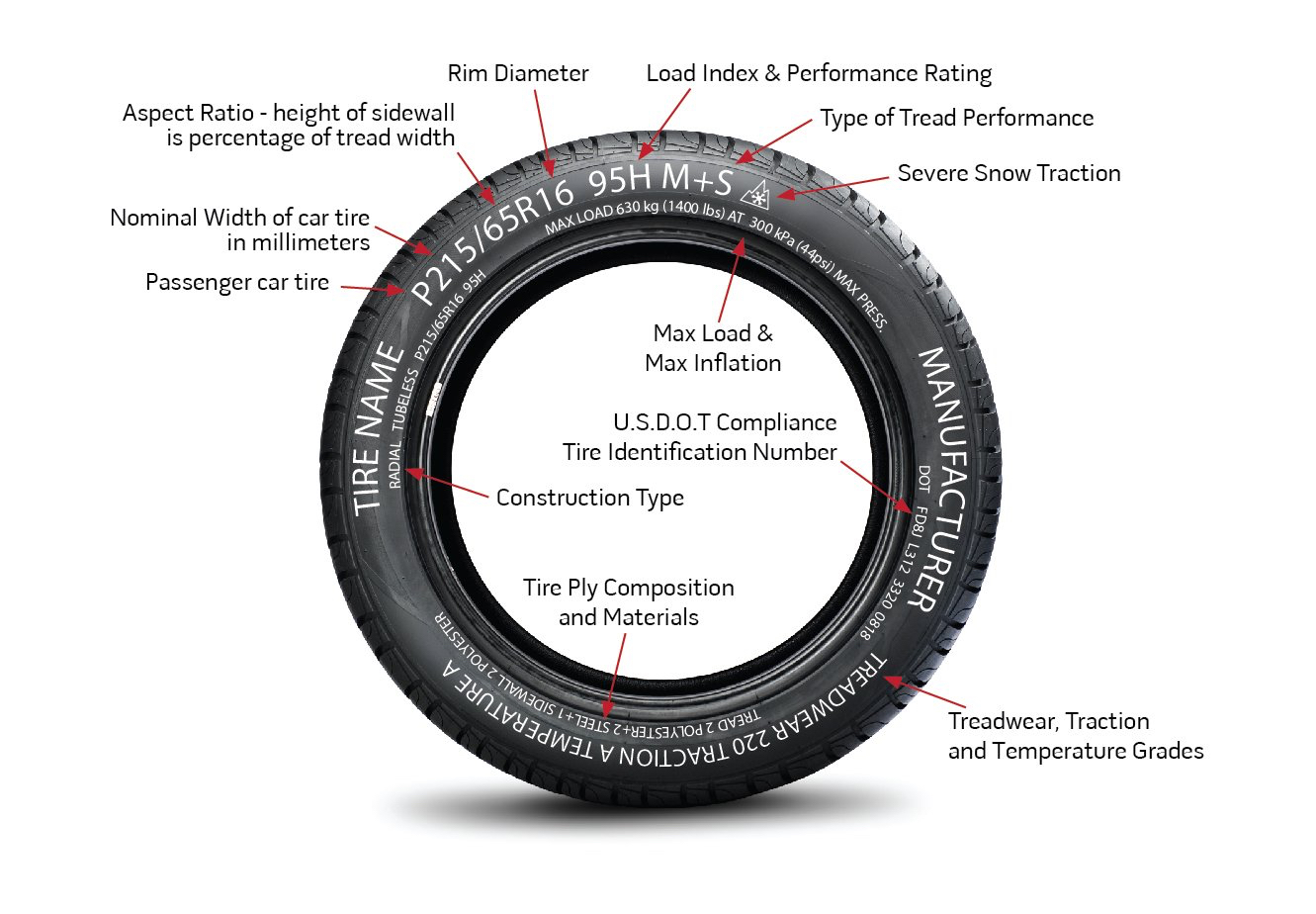 Believe it or not, from time to time you actually need to pay attention to those big black rubber donut-shaped objects that provide the only connection between your vehicle and the places you drive it.

It doesn’t matter if your vehicle is a million-dollar supercar, a valuable — or at least cherished — classic, a truck used for hauling goods (or a camper or boat or horse trailer) or for providing services, or a mundane minivan driven to work, to the park and to the grocery. Ultimately, your acceleration and steering and braking — and your safety and that of others in your vehicle — are achieved by your tires and their contact with the dry or wet pavement, gravel, dirt, sand, snow and/or ice on which you drive.

And here’s the really frightening fact: Your safety also is — quite literally — impacted by the tires carrying all of the vehicles around you on that pavement, gravel, dirt, sand, snow and/or ice.

OK, so you can’t run around checking everyone else’s tires, but you can be responsible for those worn by the cars in your driveway and garage and, yes, your car collection if you are among those whose hobby involves driving instead of just polishing and admiring.

So how do we check our tires? Do those numbers on the sidewall actually matter? Does that Lincoln penny thing really work? What if I have plenty of tread but the tires are older, when should I replace them?

We’ll start with the famous Lincoln penny test. Traditionally, to check the wear on the tread of your tires, the quick and easiest way was to take a common penny coin, turn President Lincoln upside down and insert the coin into the tread on each of your tires. If your tires were so worn that you could still see the top of Honest Abe’s head, it was time to replace them.

But not so anymore, says Matt Edmonds, executive vice president of TireRack.com. Edmonds explains that if you can see the top of Lincoln’s head, your tires have less than 2/32nd of an inch of remaining tread, and you’re already in danger of greatly increased stopping distances, especially if you live where it rains frequently.

A much better gauge, Edmonds said, is to use a George Washington quarter.

“Inflation has taken us from a penny to a quarter,” he jokes.

Use the Washington quarter to check tread depth, again, on all four tires. If you can see the top of Washington’s head, you’re down to 4/32nds of an inch of tread. Is that number significant? Yes, and especially if you live where it snows. Edmonds warns that even if you have all-season tires on your car, if you live in the snowbelt, you need at least 6/32nd of tread to drive safely into winter weather.

Another thing to consider is the age of your tires. The rule of thumb, Edmonds said, is that a tire has a service life of six years, and a lifetime of 10 years. Sounds confusing, but it really isn’t.

You see, tires have a birthday, a born-on date, and it is molded into the sidewall. It is very possible that a tire might be stored away in a warehouse for a year or two before being purchased, and that’s fine, Edmonds said, provided that tire hasn’t been sitting out behind a shop, but has been stored in a temperature-controlled facility.

Basically, the six-year clock starts ticking when the tire is installed on a vehicle. Where the 10-year lifetime might become meaningful is when someone buys a used car, or a collector car with low mileage but aging tires.

One example: Someone buys a low-mileage 7- or 8-year-old Porsche still on original tires. The new owner sees good tread left and decides to do a track day before buying a new set. The results of such stress on old tires is rarely a happy experience, he adds.

Tire age can be particularly critical on what we might call specialty cars, such as the Dodge Viper which has different tires front and rear. Such tires might be produced only periodically, and may be older than they appear.

The most neglected aspect of tire care is checking for proper air pressure.

“If a tire is at proper air pressure, it allows the tire to function properly,” Edmonds said, offering the example of motorsports: “In facing, what do they do when they want to adjust the handling of the car? They adjust air pressure.”

Such adjustments on the race track are done by experienced experts. On the street, however, a tire down even 10 percent in pressure — say from 35 pounds to 32.5 — can be damaged, and its damage you cannot see until you remove the tire from the wheel and see the “crum rubber” bits left as the tire deteriorates.

New cars have tire pressure monitoring systems that warn the driver when pressures are low. But those systems work off batteries that can fail, and in some older systems, which do not have direct sensors but work of the anti-lock braking sensors, all four tires could be down 15 pounds and the system would be fooled into thinking everything was fine.

Besides, there’s nothing wrong with the good old hand-held tire gauge, which not only lets you check air pressure (do so when the tires are cold, not heated from driving), and while you’re down there you can take a look at tire wear.

There is a lot of other information written into the sidewalls of your tires, including whether they are all-season, all-terrain, summer or winter tires. Also a treadware rating of whether they’re likely to wear out sooner or later, a traction rating based on ability to stop on wet pavement, a temperature grade based on the tire’s resistance to heat, and a load index based on how much weight each tire can carry safely.

Also indicated is a maximum speed rating, ranging from L — 75 mph for some off-road and light-truck tires — through various letters up to V — 149 mph.

However, there also are Z rated very high-performance tires, which now are divided into W — up to 168 mph — and Y — up to 186 mph — groupings. For high-speed exotic vehicle, there also is a (Y) rating for tires capable to speeds beyond 186 mph.

One other note from Edmonds, and this one for owners of electric vehicles:

“EVs are hard on tires,” he said, explaining that the instant availability of maximum torque and the added forces of regenerative braking cause the tires on electric vehicles to wear out more quickly than those on cars with internal combustion engine.

So, keep that tire gauge and a Washington quarter handy.