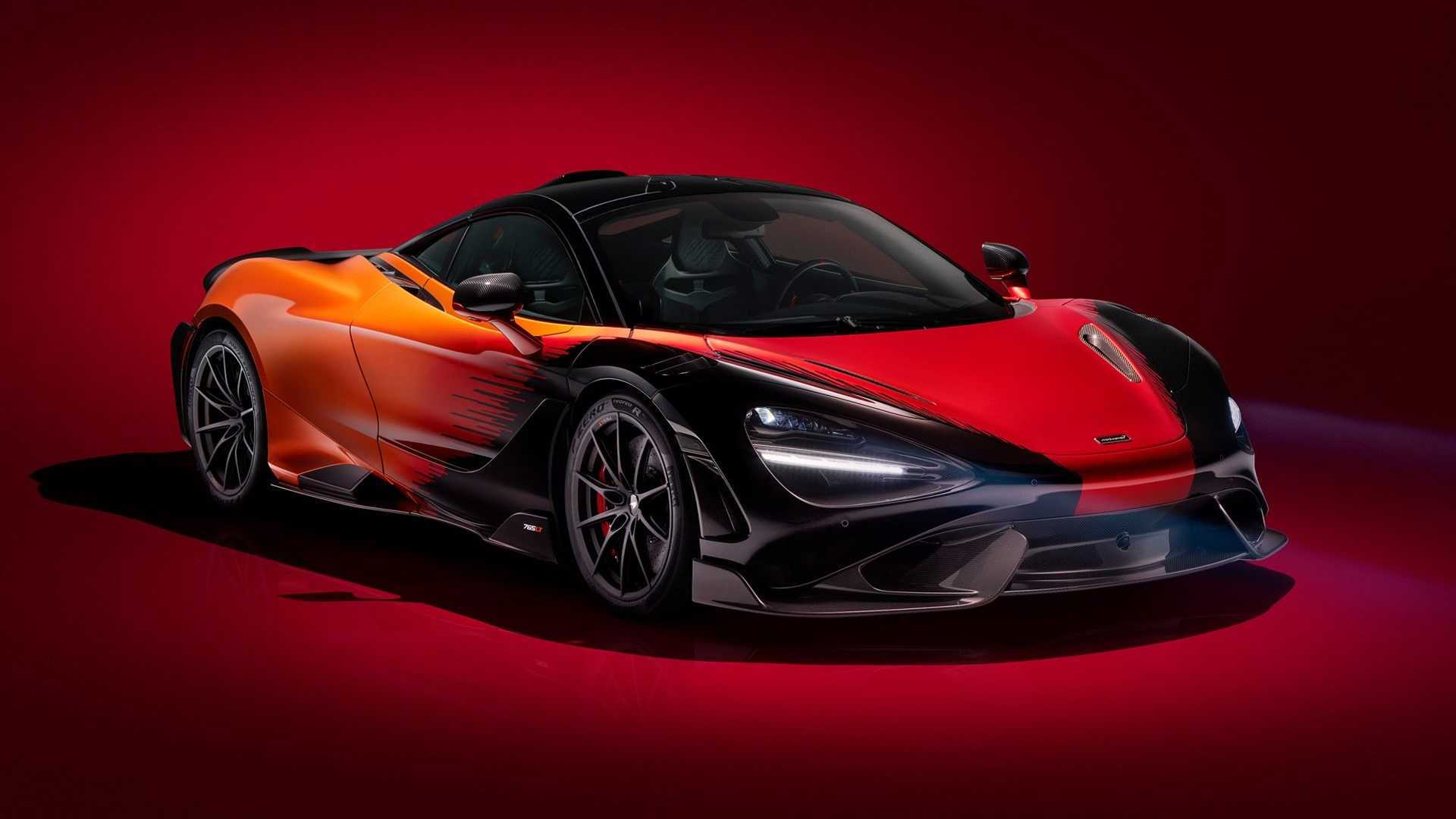 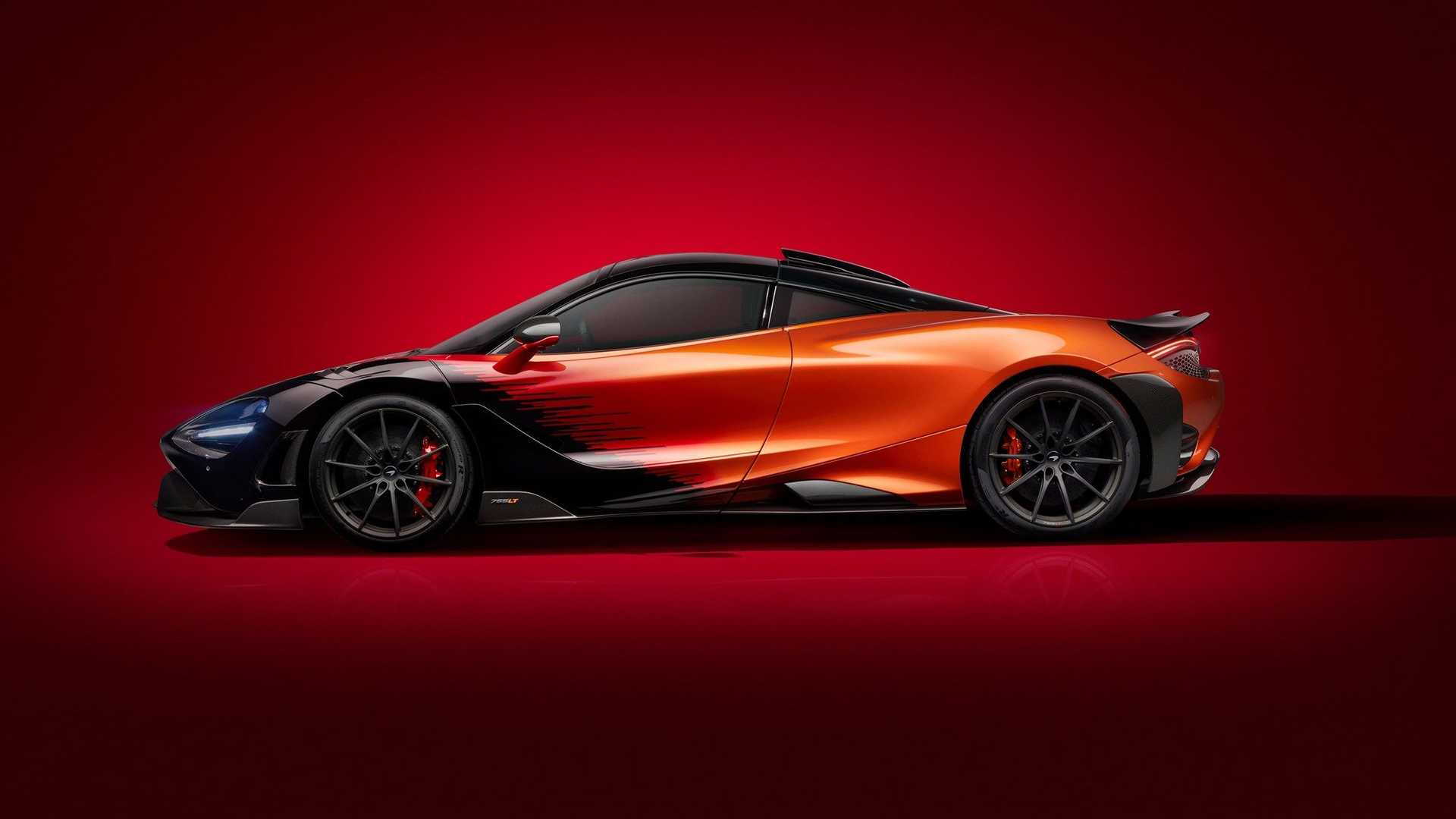 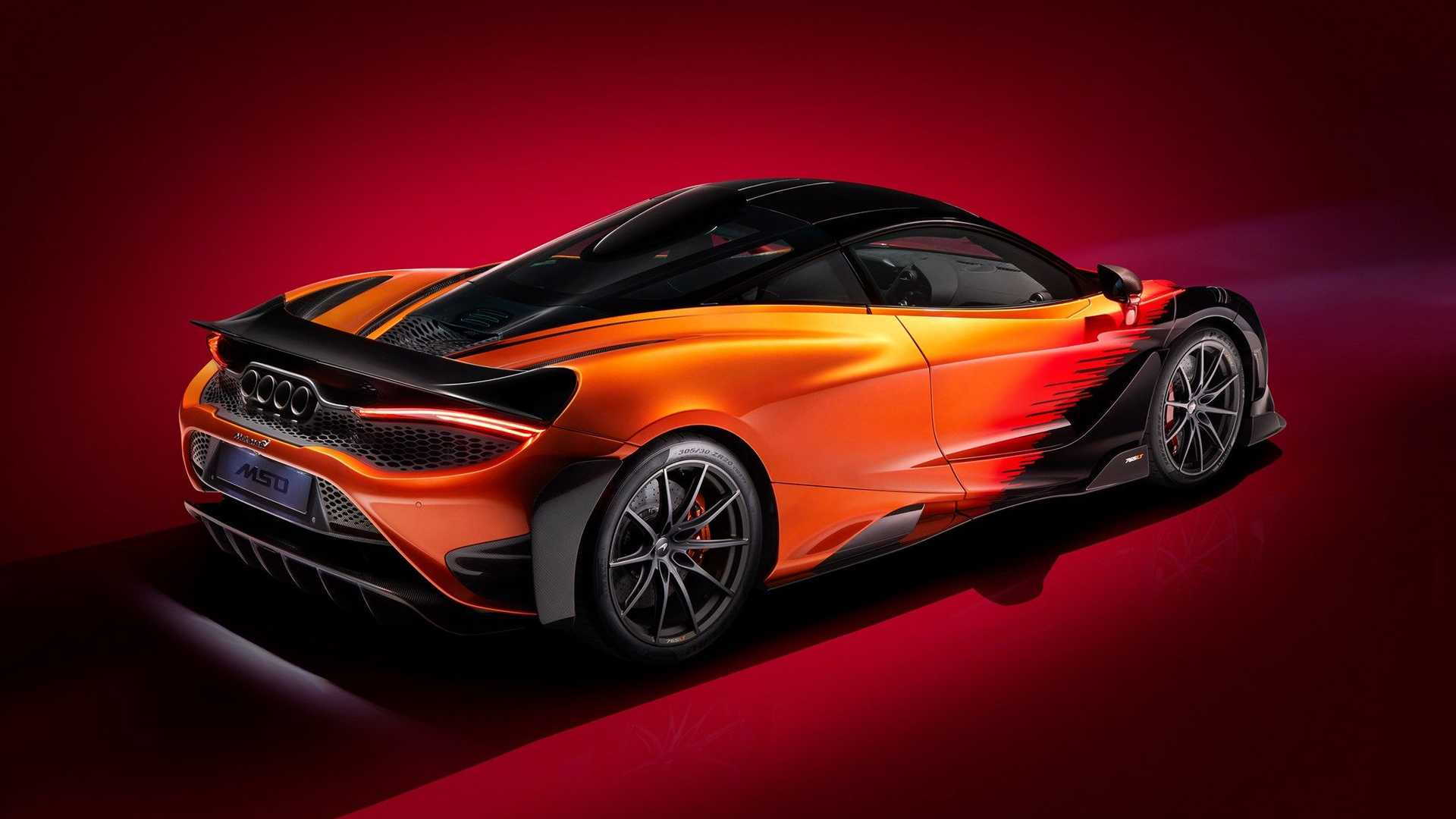 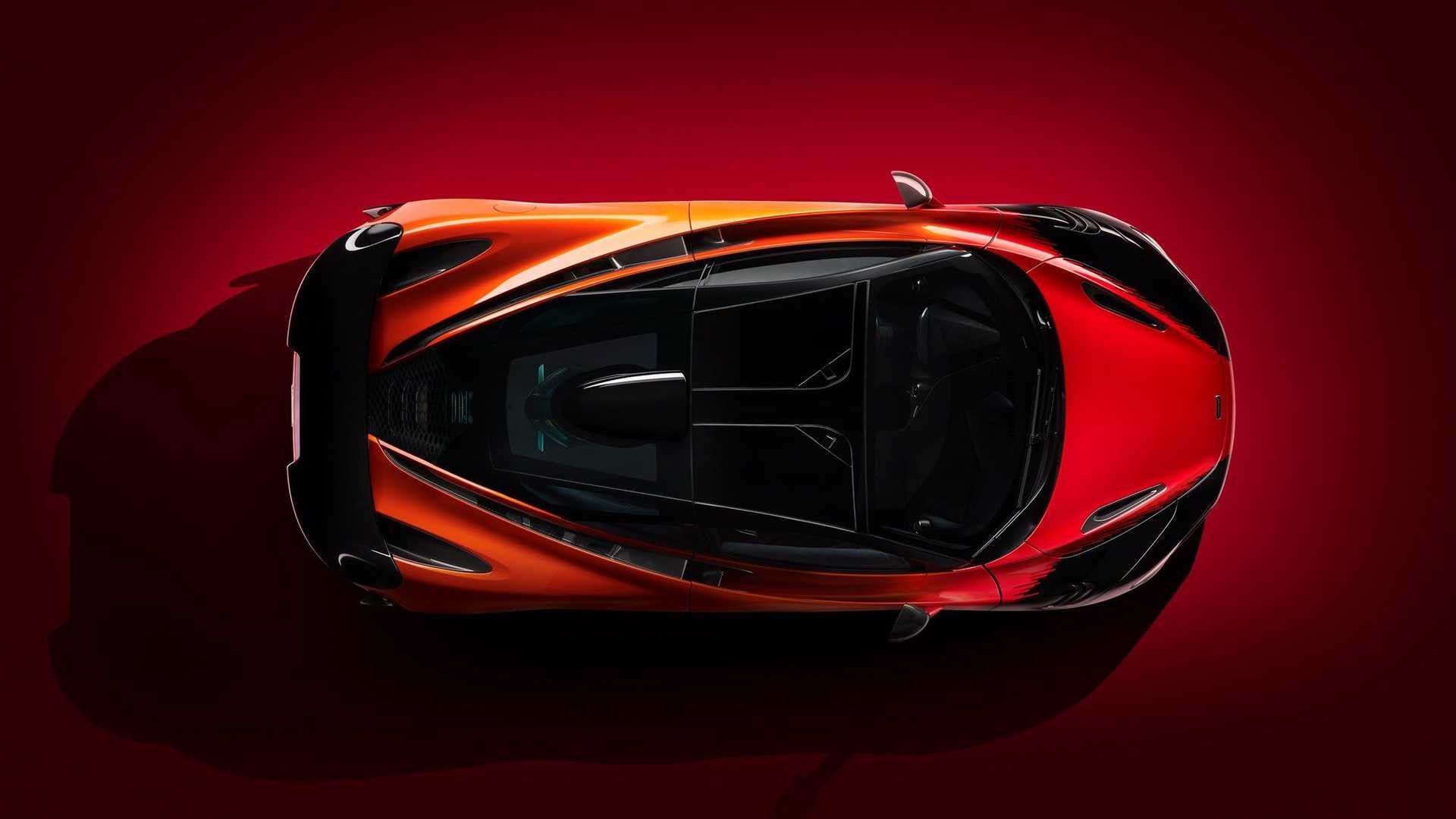 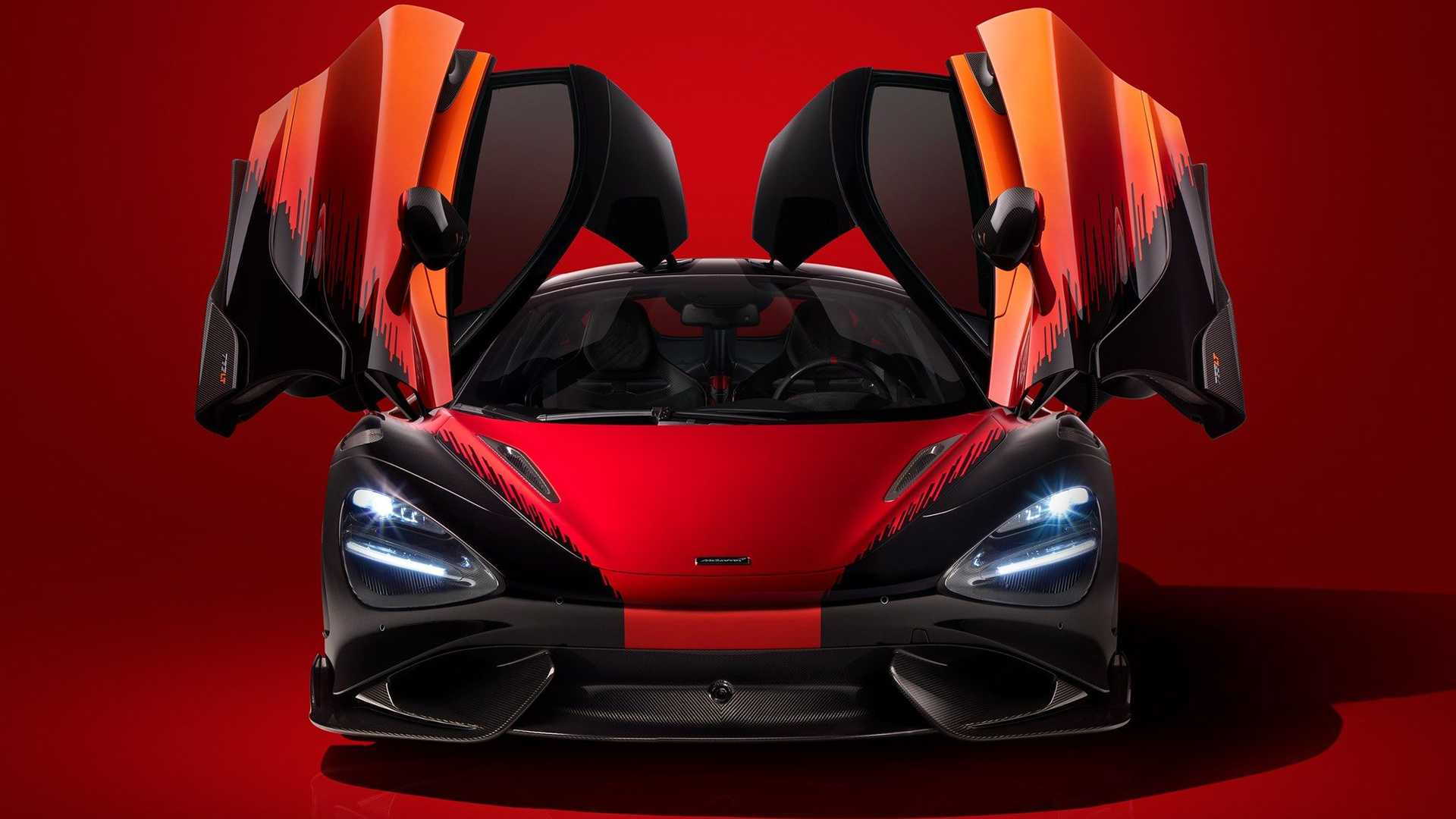 While that's a hefty sum to pay, buyers with deep pockets can easily inflate the sticker with options from the MSO personalization department. And if we're talking extremely deep pockets there are the new color themes by MSO, like this Strata Theme.

The Strata Theme combines an Azores Orange base color with Memphis Red and Cherry Black accents that run through the paint scheme in opposite directions to meet and blend on the door panels. The paint job takes about 390 hours and is mostly done by hand.

The theme takes inspiration from a city skyline in the late afternoon and gives a sense of motion, even when the car is standing still. It also extends to the brake calipers (Volcano Red front and Azores Orange rear) and interior. In the case of the interior, there's orange seat perforation and a red bottle holder. The skyline style pattern also features on some of the carbon-fiber panels inside.

Other themes take inspiration from McLaren F1 GTR race car liveries and geometric patterns. Buyers of course can also go for the ultimate minimalist option of visual carbon fiber for the entire body. In this case, the carbon-fiber's weave is shown, with a clear gloss coat overlay for protection (shown below). Colored tints can also be applied with this option.

The 765LT is the Long Tail version of the 720S supercar. It's both longer and lighter than the standard car from which it is derived, though in this case the extra length actually comes from an extended front splitter as opposed to a stretched rear.

Power from the familiar 4.0-liter twin-turbocharged V-8 has also been dialed up to 755 horsepower from the standard 710 hp rating, while the 7-speed dual-clutch transmission has been dialed in for quicker in-gear acceleration. The result of all the modifications is a car that will sprint to 60 mph in 2.7 seconds and 124 mph in 7.0 seconds. The quarter-mile time is 9.9 seconds and the top speed is 205 mph.

McLaren is offering just 765 build slots for the car worldwide. If you miss out, there will be an opportunity to secure an open-top 765LT Spider at a later date.