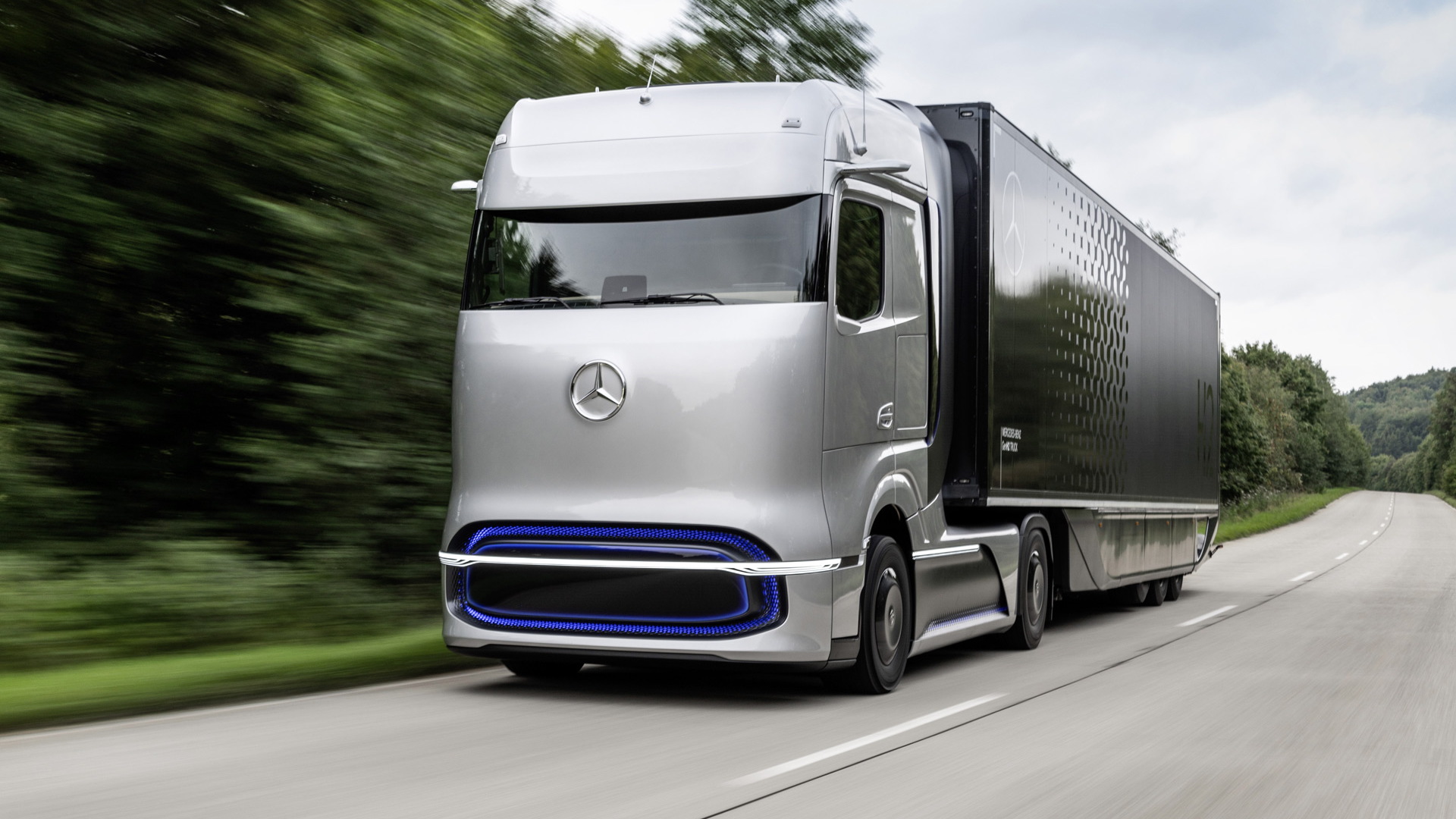 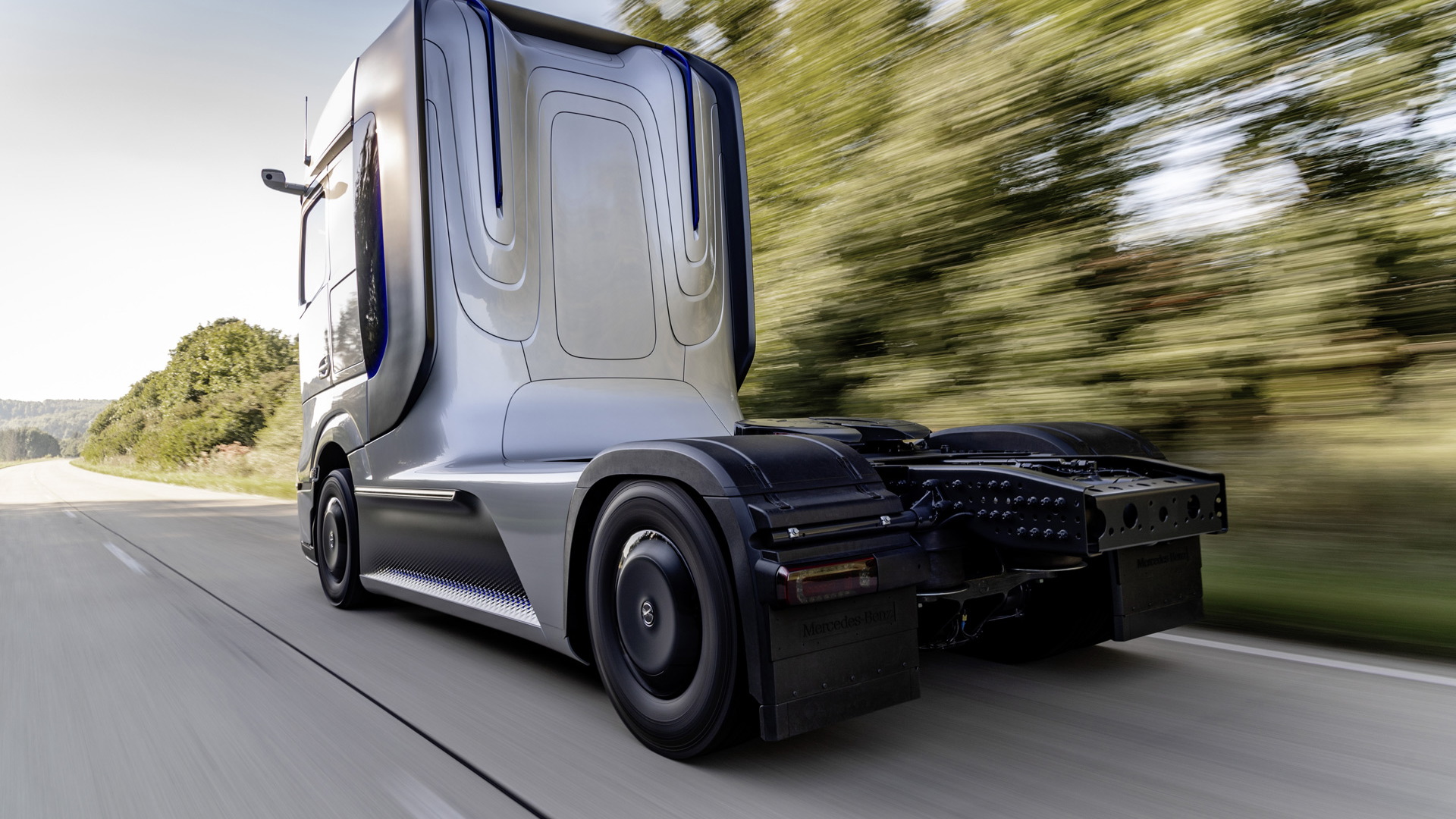 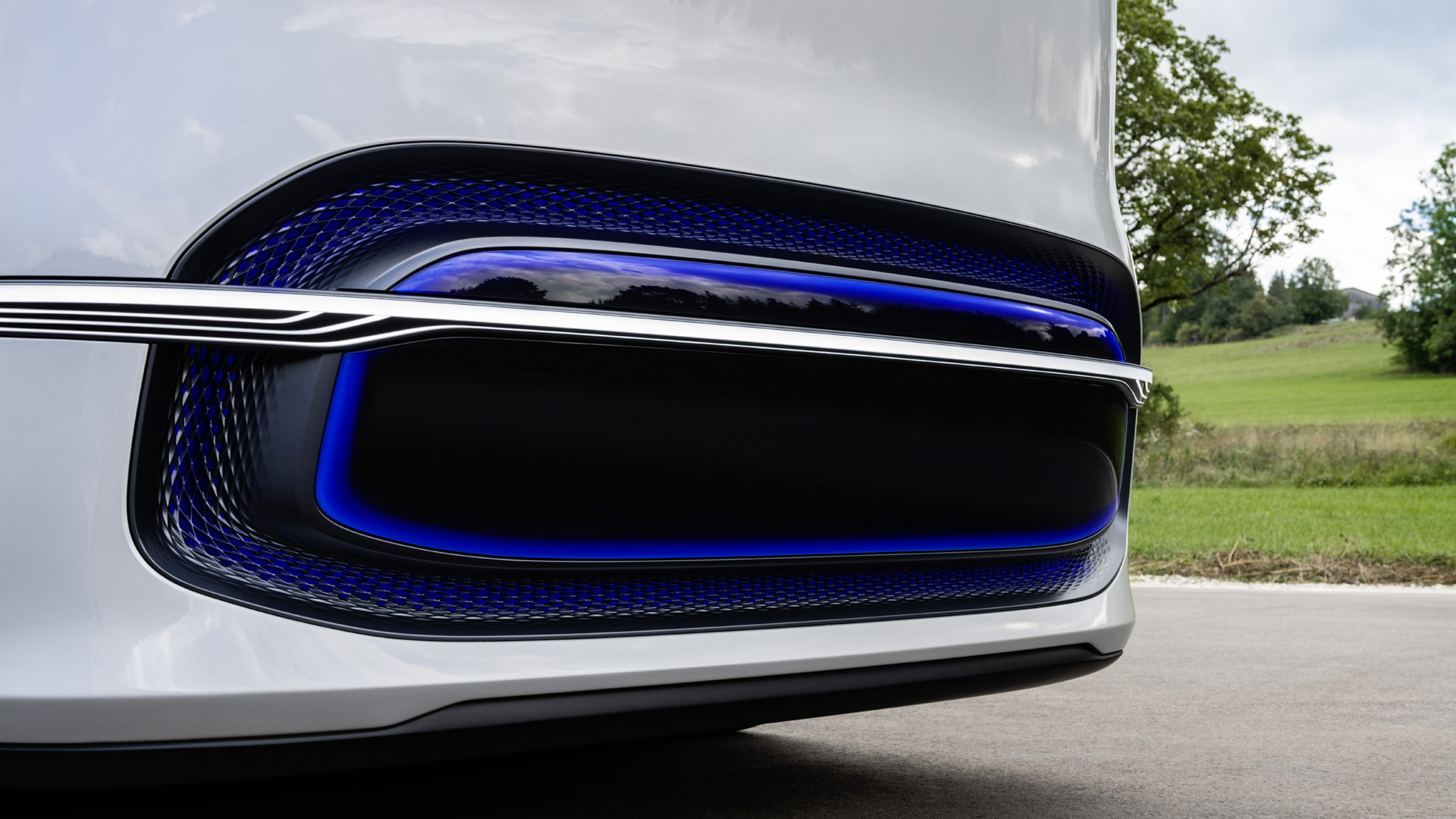 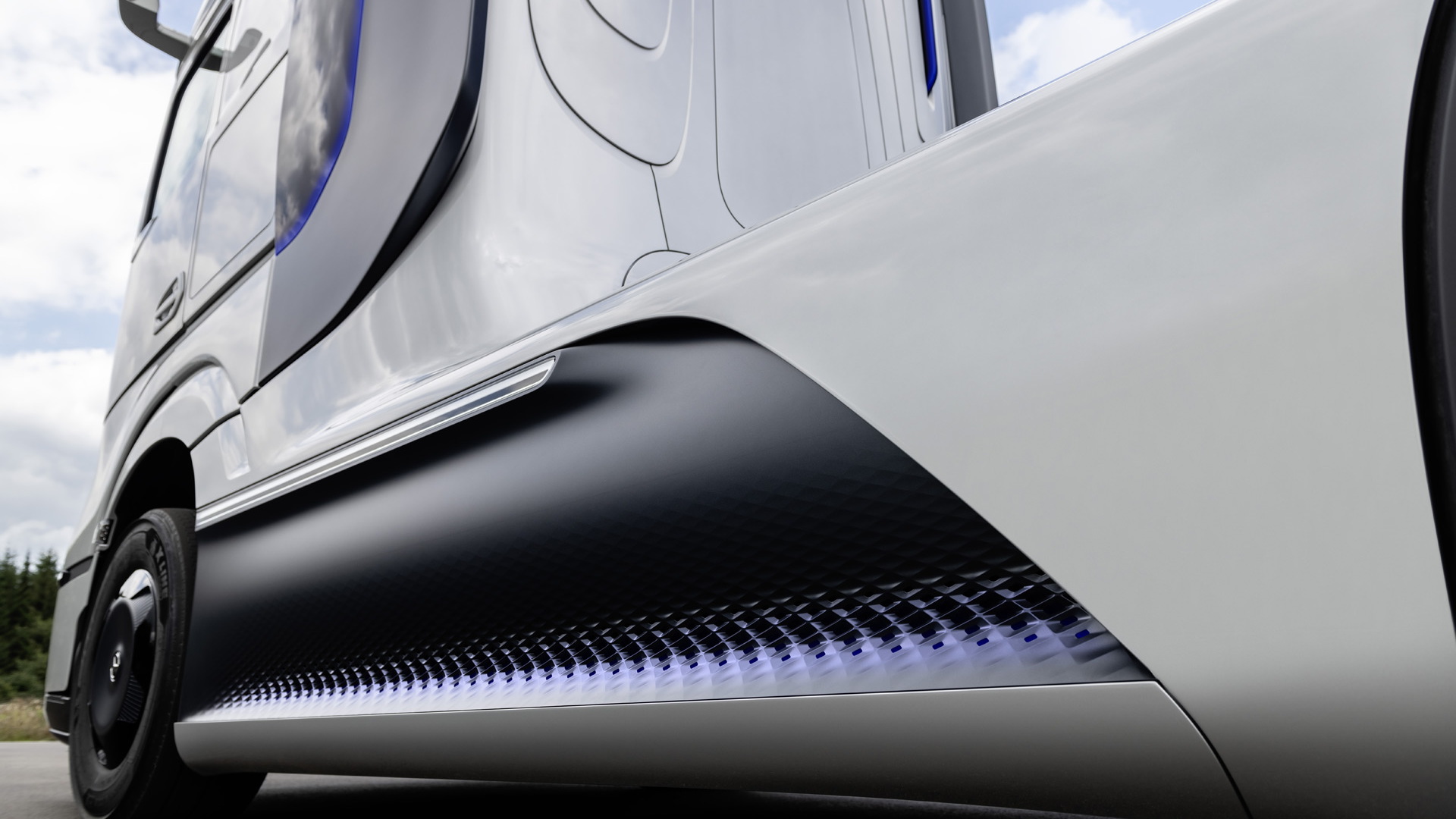 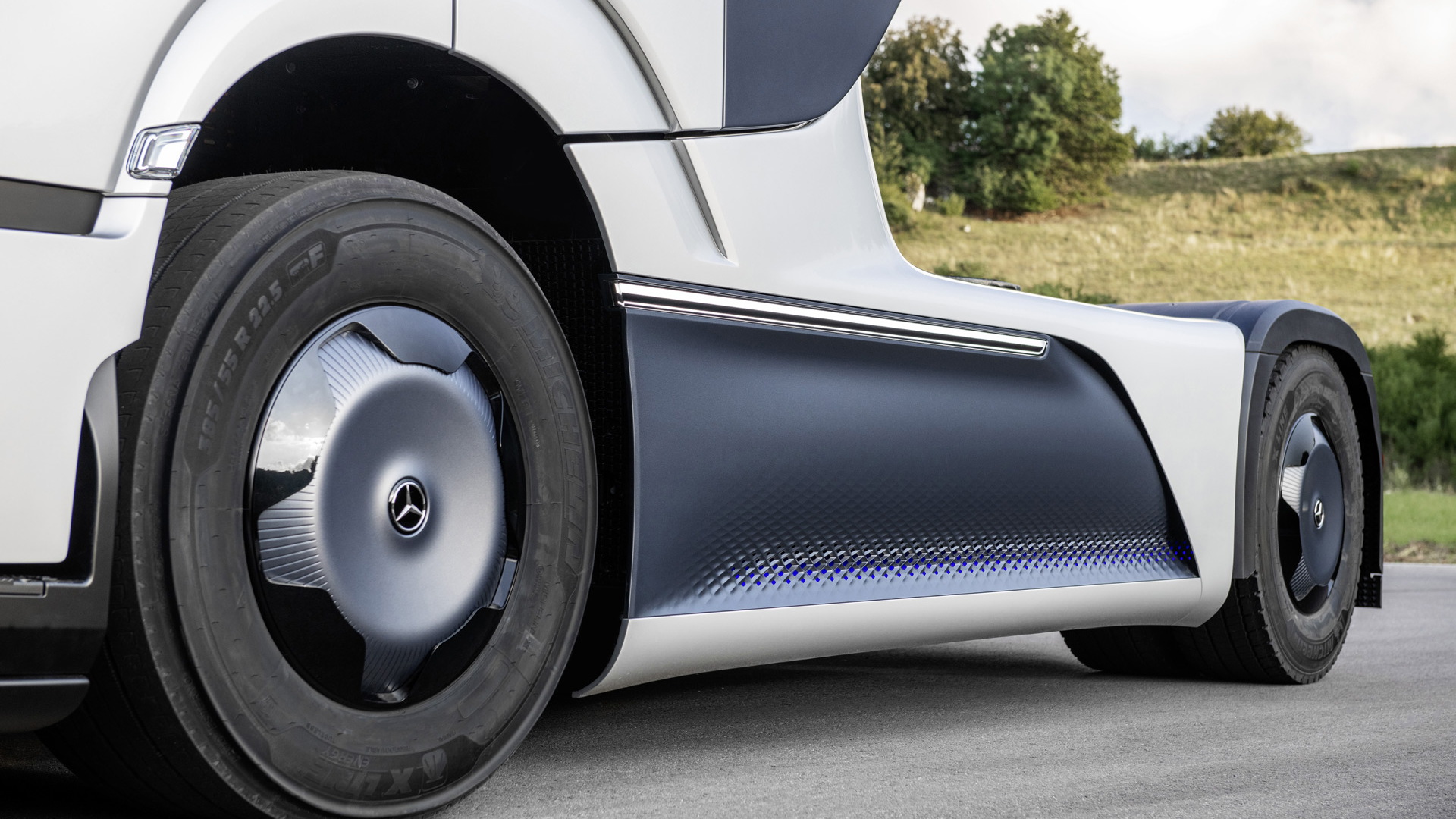 As it looks to eliminate emissions across its vehicle fleet, Mercedes-Benz is not only working on electric cars and SUVs but also electric commercial trucks.

Mercedes' parent company, Daimler, is among the world's biggest truck manufacturers, controlling not only the Mercedes brand but also the likes of Freightliner, Western Star and Fuso, and the new GenH2 Truck concept unveiled by Mercedes on Wednesday shows the future of what long-haul transport will be like.

The GenH2 Truck is a hydrogen-electric semi-trailer truck. It uses hydrogen to create electricity via a fuel-cell stack, which then powers an electric drive system. Similar fuel-cell trucks have been shown by Toyota, Nikola and Hyundai.

With a full tank of hydrogen, here stored in liquid form, Mercedes' truck will be able to cover a distance of more than 620 miles, which is comparable to a diesel truck. The advantage over a battery-electric truck like the planned Tesla Semi, which is promised with 500 miles of range, is much quicker refueling times since hydrogen tanks can be filled in minutes, though finding hydrogen for sale is still next to impossible in most parts. 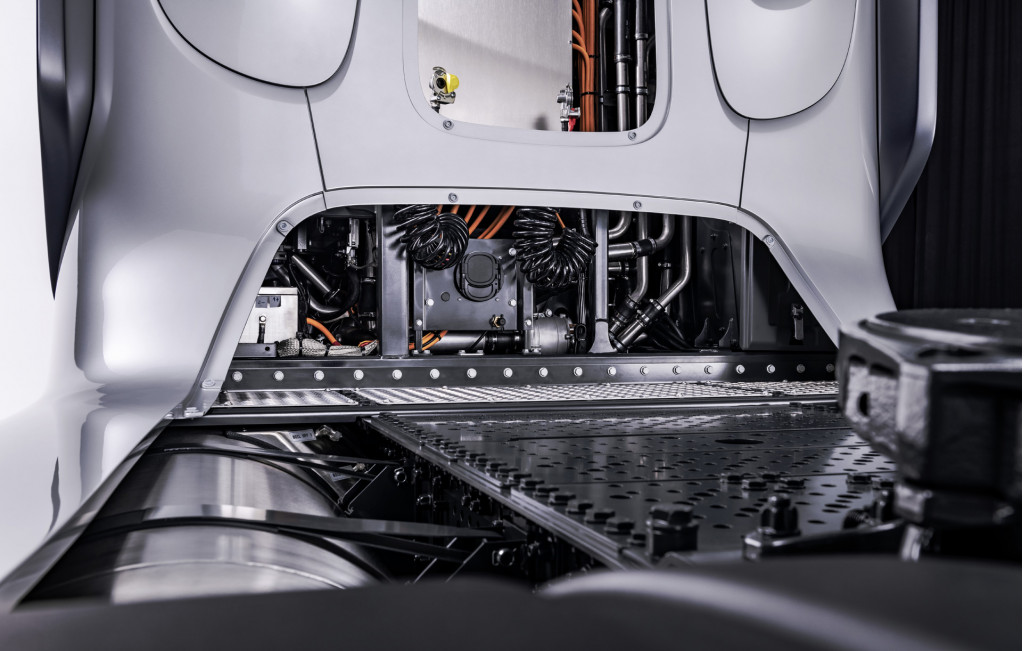 Nevertheless, the GenH2 Truck isn't just for show. It previews a production version that will start customer trials in 2023 and promised for a full commercial release beyond 2025. In the production version, there will be a dual-motor system where each motor can deliver a continuous 308 horsepower and 1,163 pound-feet of torque and peak 442 hp and 1,527 lb-ft. Normally the motors will draw energy from the fuel-cell stack but during high-load situations, energy will also be drawn from a battery. This battery will have a relatively small 70-kilowatt-hour capacity since it will only be used temporarily, like when the truck is accelerating hard or climbing a steep hill.

Daimler has formed a partnership with another trucking giant, Volvo Trucks (separate to the Volvo car company), to develop the powertrain. Both companies are also looking at using renewable energy to split water into hydrogen and oxygen to build up a hydrogen fueling infrastructure. Another option is to source hydrogen from natural gas, utilizing carbon capture technology to create a carbon-neutral fuel.