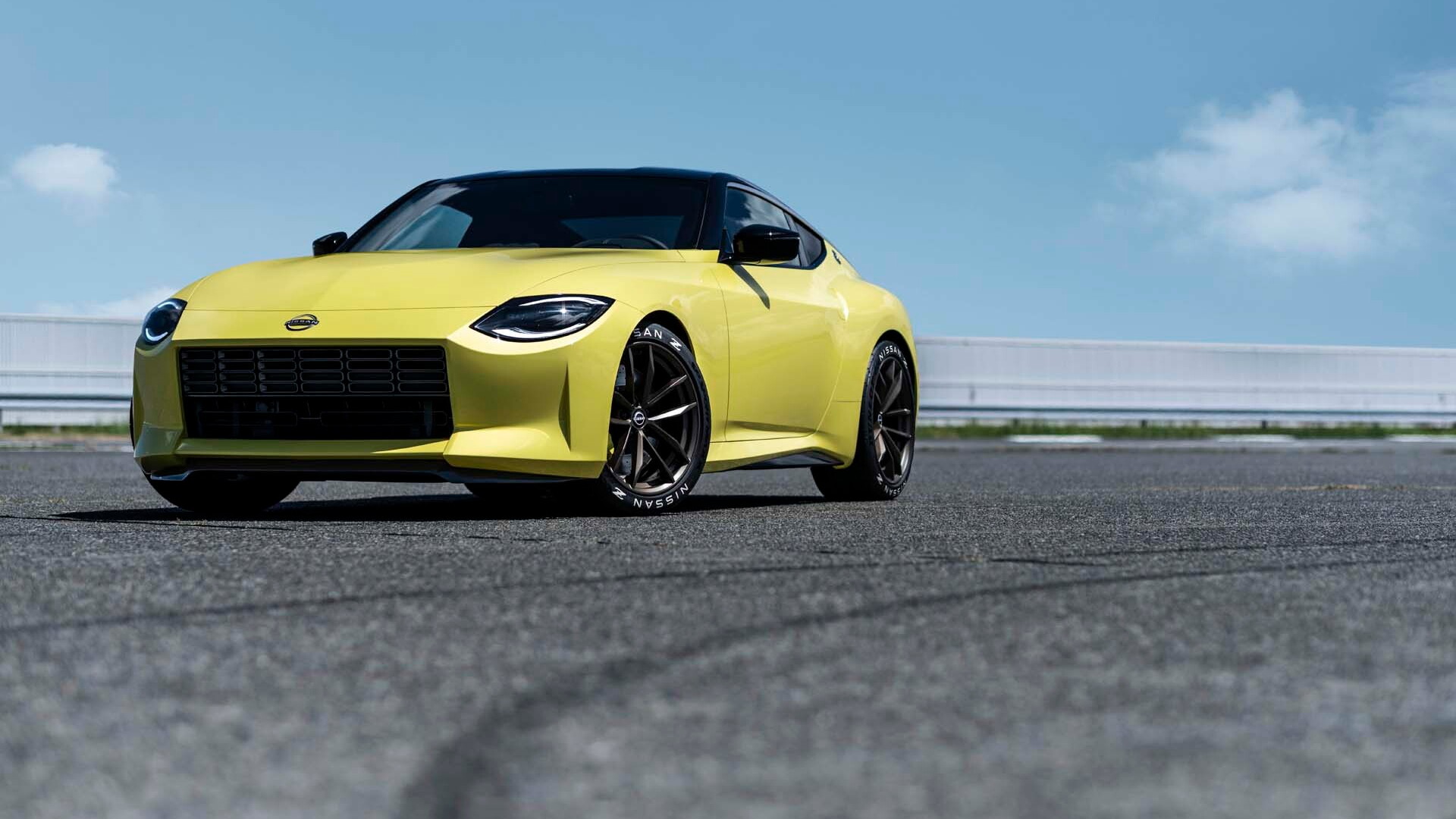 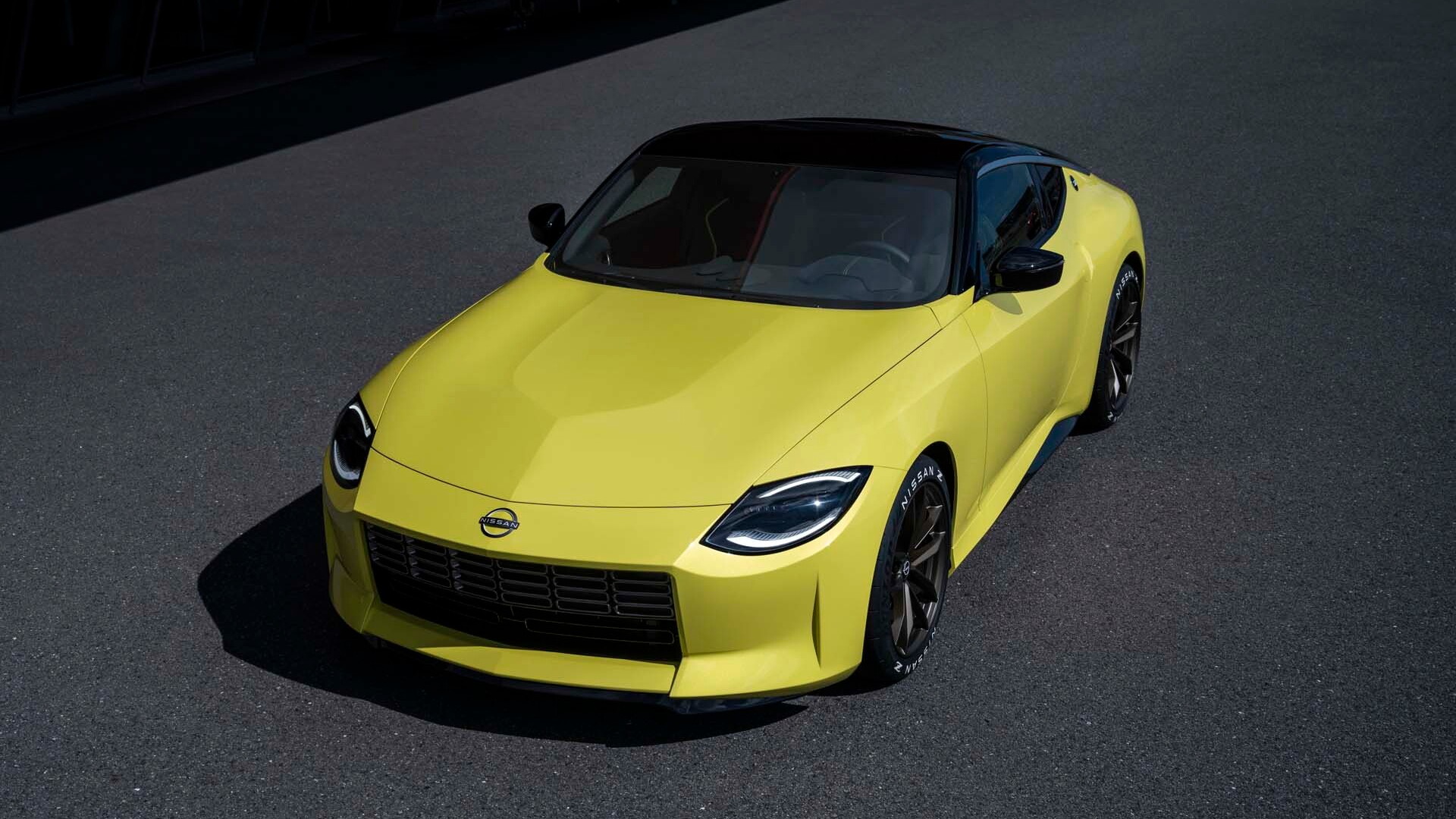 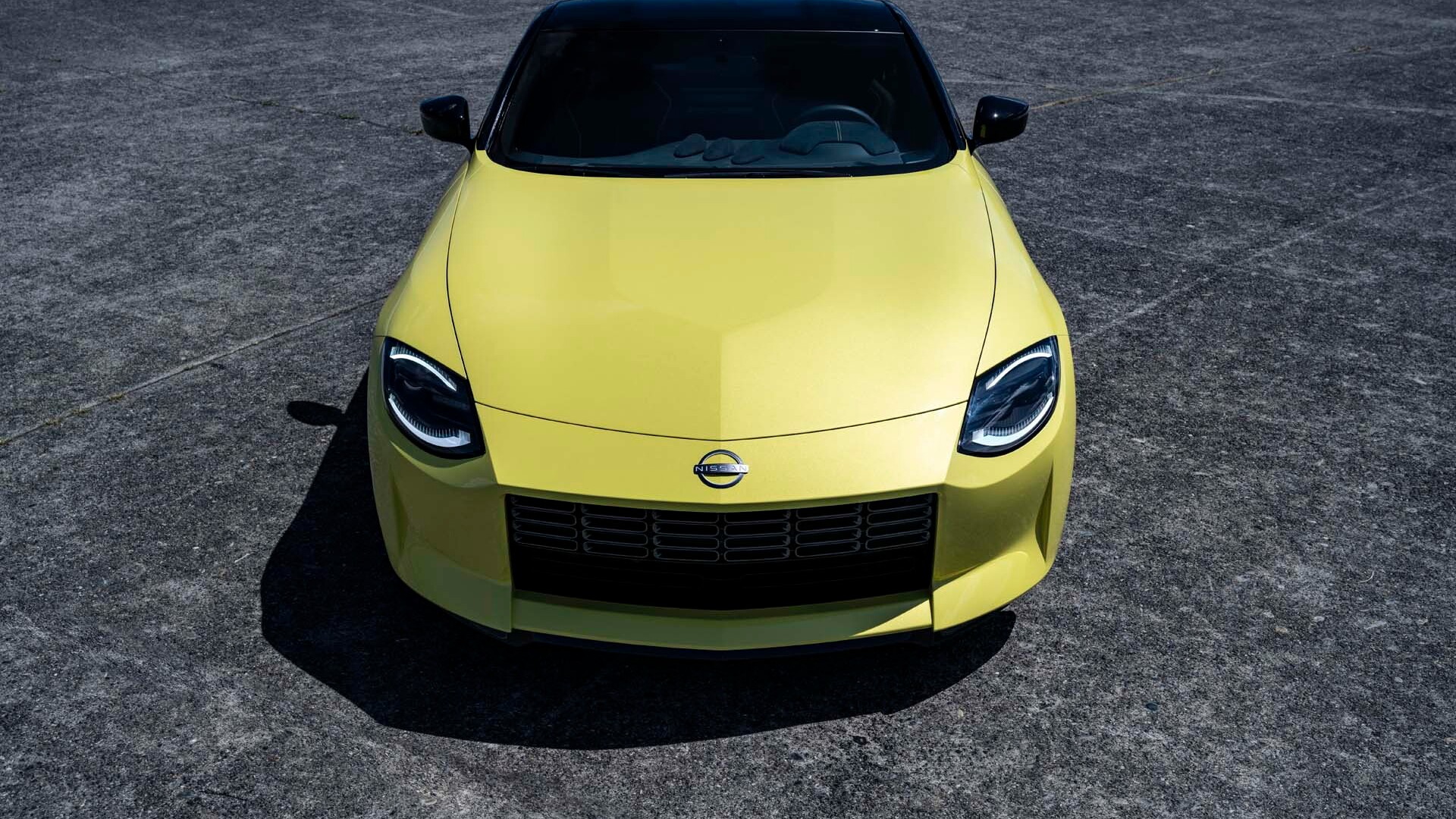 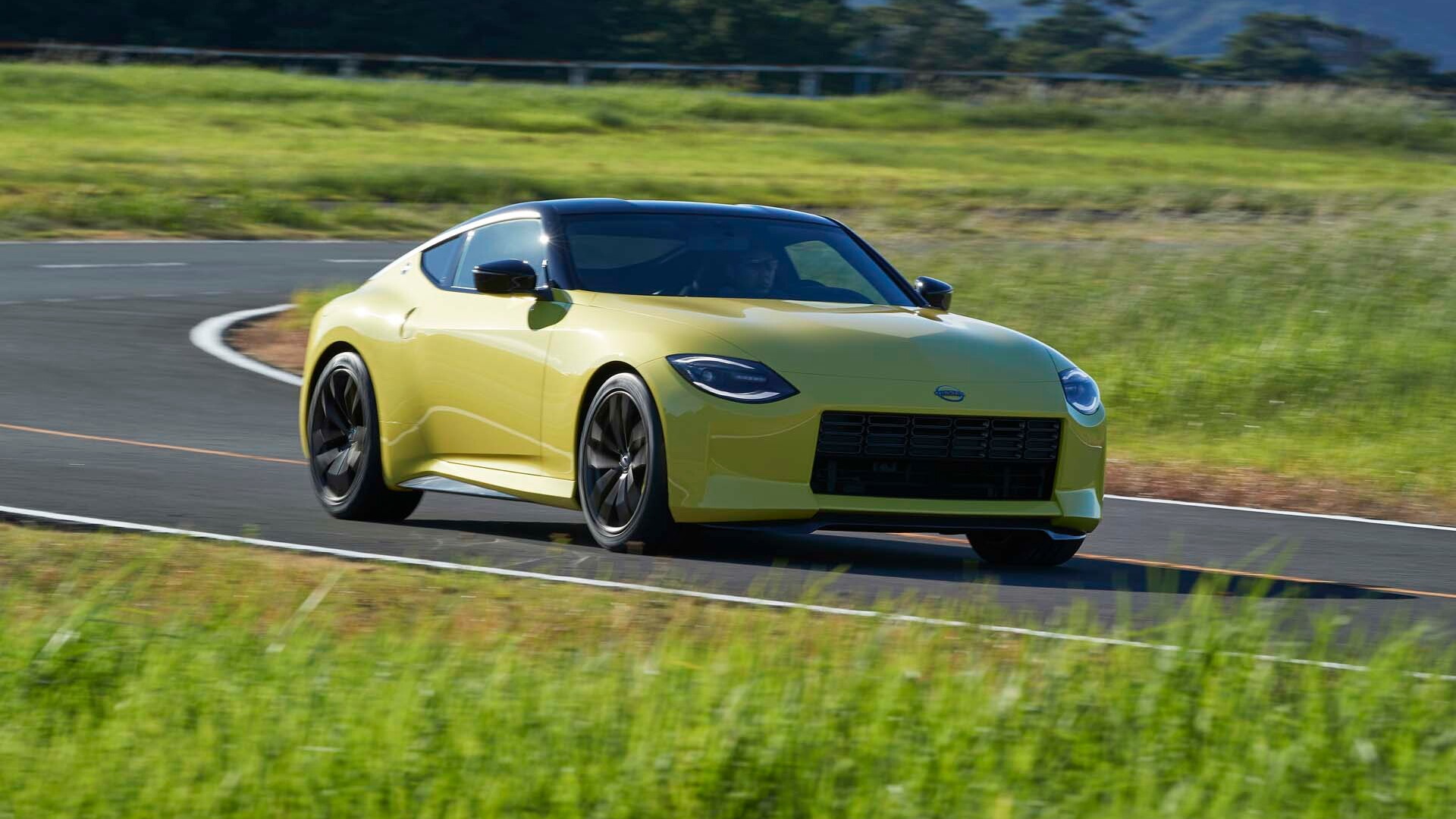 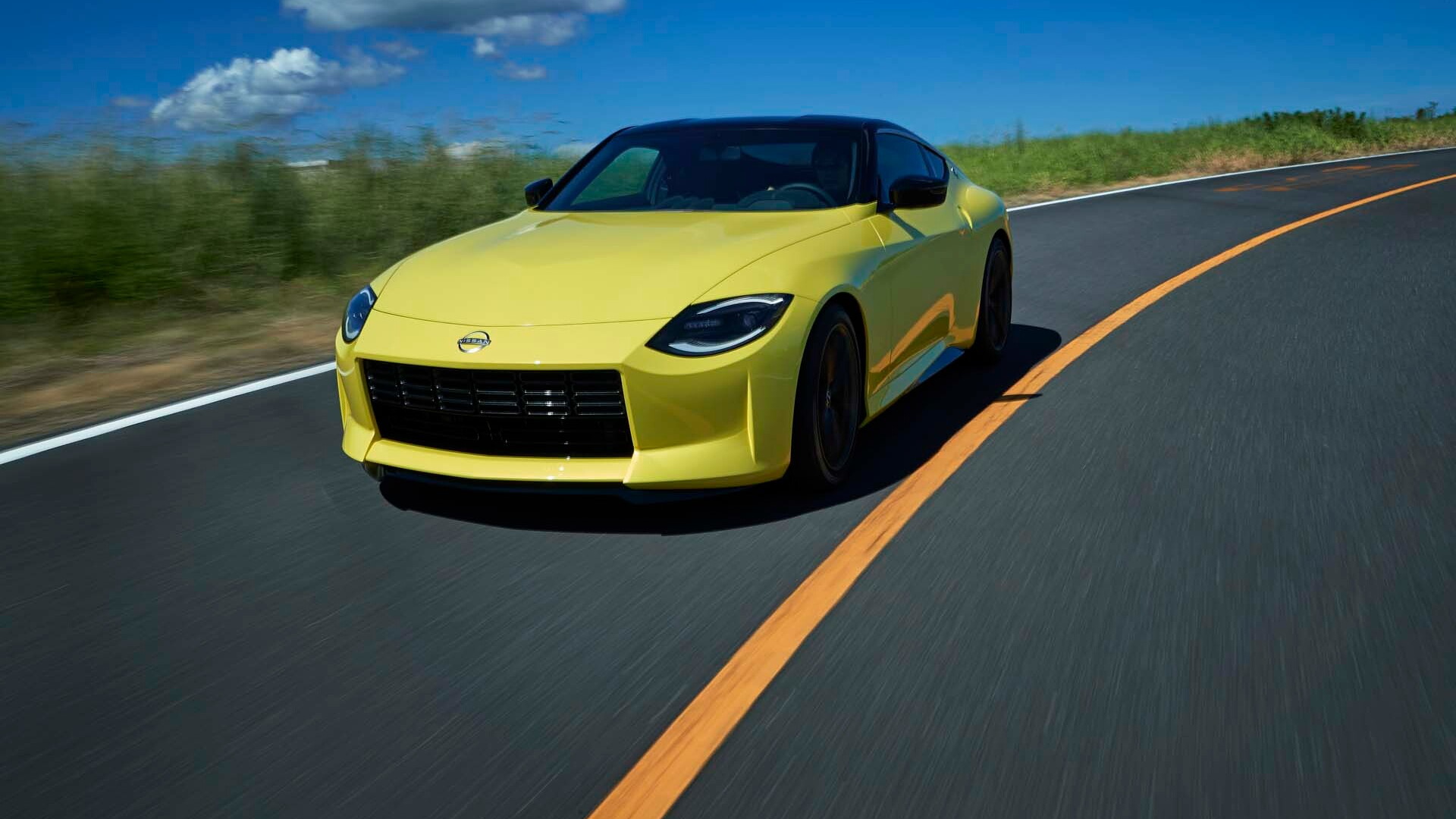 The Nissan Z car has inspired generations of sports car fans since it was released in 1969. It has been an upstart, a disco-era style statement, an upscale sports car, and a long-in-the-tooth coupe just trying to hold on. All the while, it aimed for driver engagement and a sense of style. The Z Proto Nissan showed on Tuesday combines all of those elements, along with elements of design from the car's six generations.

The prototype appears to be a thinly disguised version of the Z35-generation production model due in the next 18 months to two years, at least from a design standpoint.

Nissan provided sparse information, so let's start with what we know. The Z Proto combines styling elements from past Zs with an eye toward the future.

"Our designers made countless studies and sketches as we researched each generation and what made them a success,” said Alfonso Albaisa, Nissan's head of design. “Ultimately, we decided the Z Proto should travel between the decades, including the future.”

The first-generation car, the 240Z, inspired the shape of the hood, the canted teardrop LED headlights, and the long-hood, short-deck profile with the cabin pushed back. The current model's rectangular grille sits up front, and the Z32 300ZX of the 1990s can be seen in the taillights and the shape of the rear end, especially above the rear diffuser. The pearl yellow paint is a tribute to a popular color on both the 240Z and Z32 300ZX generations.

But the Z is modern, too. Carbon-fiber trim is used for the side skirts, front lower lip, and rear valance to reduce weight and fit a modern aesthetic.

The Proto Z is 4.7 inches longer than the current car, likely due to longer overhangs. It's also marginally taller and wider. It rides on 19-inch wheels, while the current model has 20s. Chief engineer Hiroshi Tamura said the 19s give the car enough tire for a reasonable ride quality.

Under the long hood sits a twin-turbocharged V-6 hooked to a 6-speed manual transmission in a rear-wheel-drive layout.

Inside, the Z Proto features an exclusive dished steering wheel that sits in front of a 12.3-inch digital gauge cluster with the tach in the middle and the 7,000-rpm redline at the 12 o' clock position. The one picture Nissan shared shows boost and water and oil temperature gauges in the cluster, though analog versions of those gauges also line the top of the dashboard.

The Z Proto's black upholstery features yellow contrast stitching on the seats, instrument panel hood, dashboard, and door panels to play off the exterior color. The seats appear to be upholstered in a combination of leather and synthetic suede with yellow stripes. A center screen, likely an 8.0-inch touchscreen, on the dash provides infotainment functions.

What we don't know starts with the engine. Nissan hasn't confirmed how much power it will create or what size it is. Infiniti has a 3.0-liter twin-turbo V-6 that makes 400 horsepower. That's likely the setup for the next Z. In fact, we expect the car will be called the 400Z.

We also don't know what changes will be made to the structure and suspension, though we suspect not many. Nissan only shared that "work is underway to synchronize the power with the grace and control that has defined the Z for the past 50 years." It appears that the next Z will use the same platform as the current car and Tamura said it will drive like a dance partner. The switch to 19-inch wheels could also reduce unsprung weight, which improves handling. Tamura told us last year that the next-gen Z might not be much lighter, but its suspension should help it drive like it is.

In addition, we don't know what model year the next Z car will be, its trim levels, standard and optional equipment, available safety features, and pricing. Will the new Z offer a higher-performance Nismo model? Will it stay in line with the current model's roughly $32,000-$48,000 pricing structure? When will it hit the market?

We'll learn more about these and other questions as Nissan prepares the next-generation production Z, perhaps by the end of 2021 as a 2022 model.