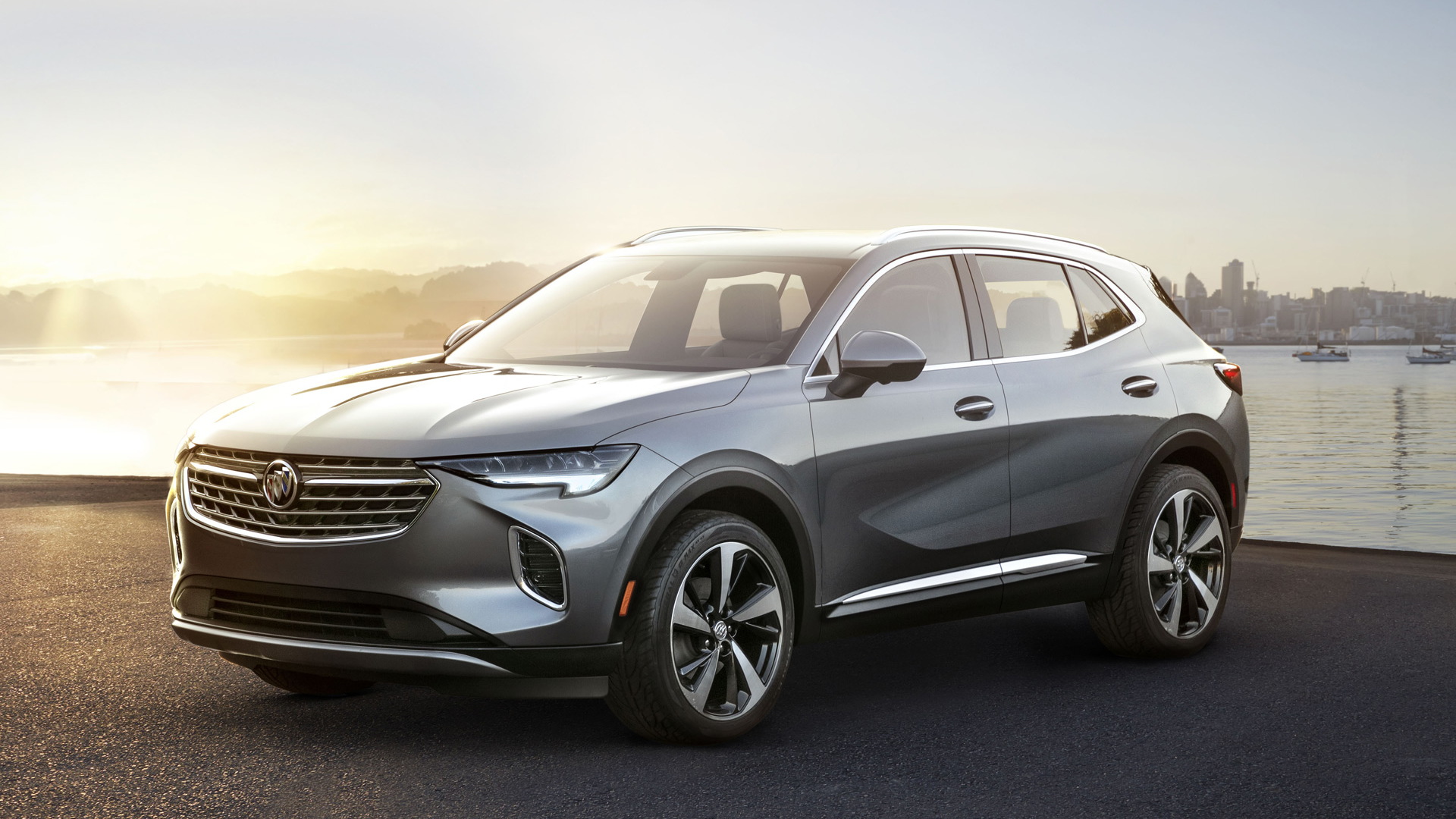 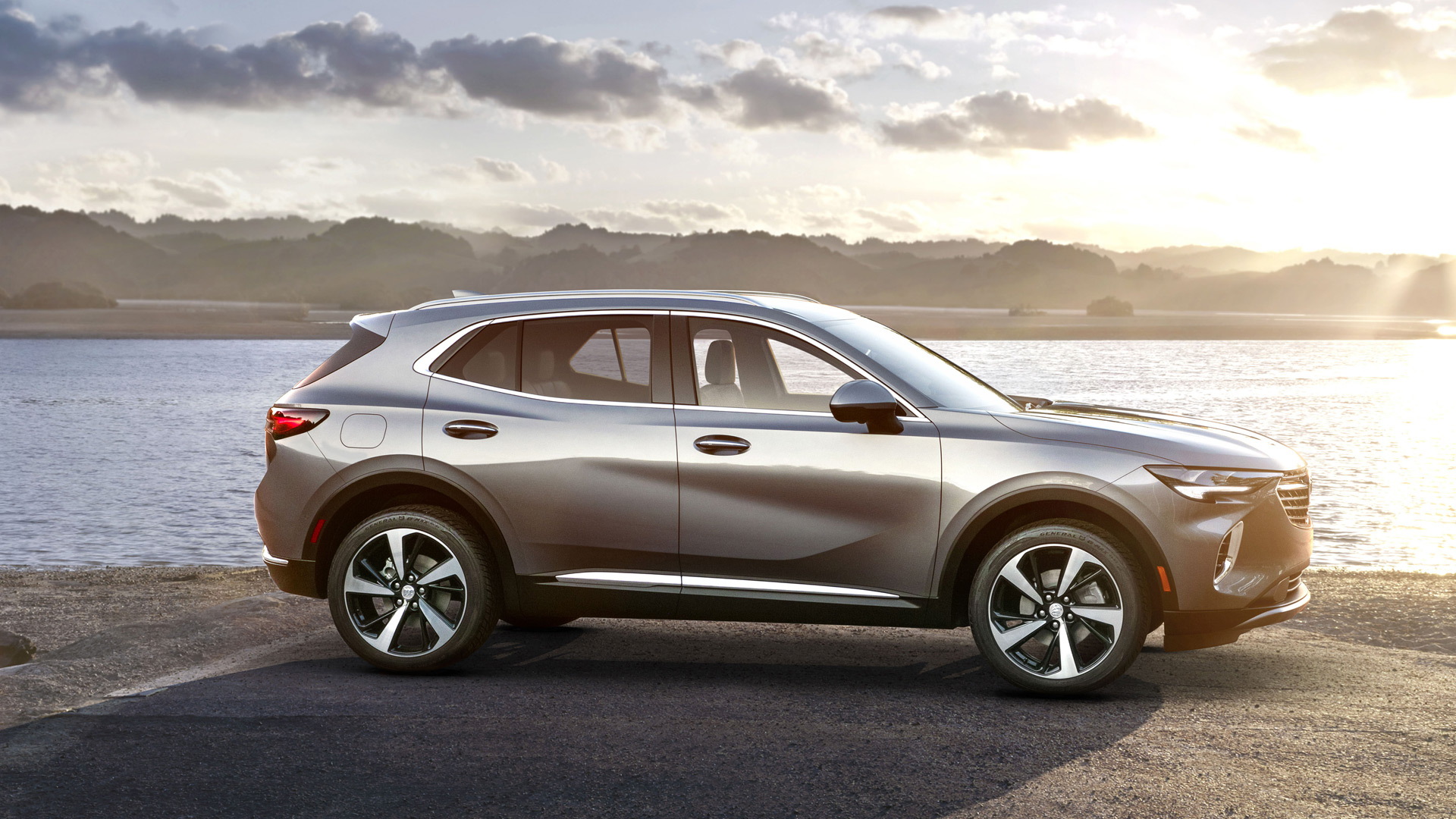 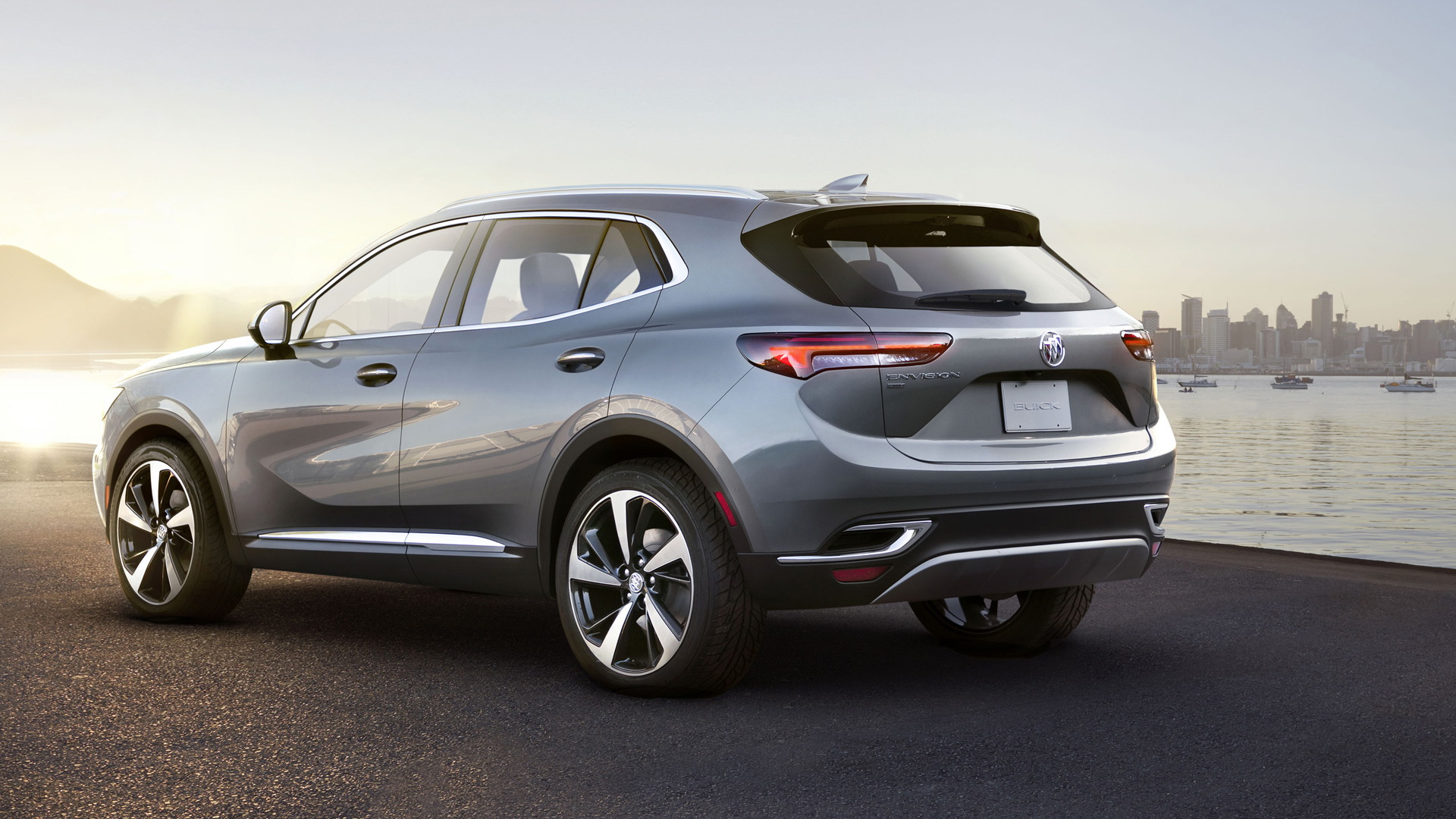 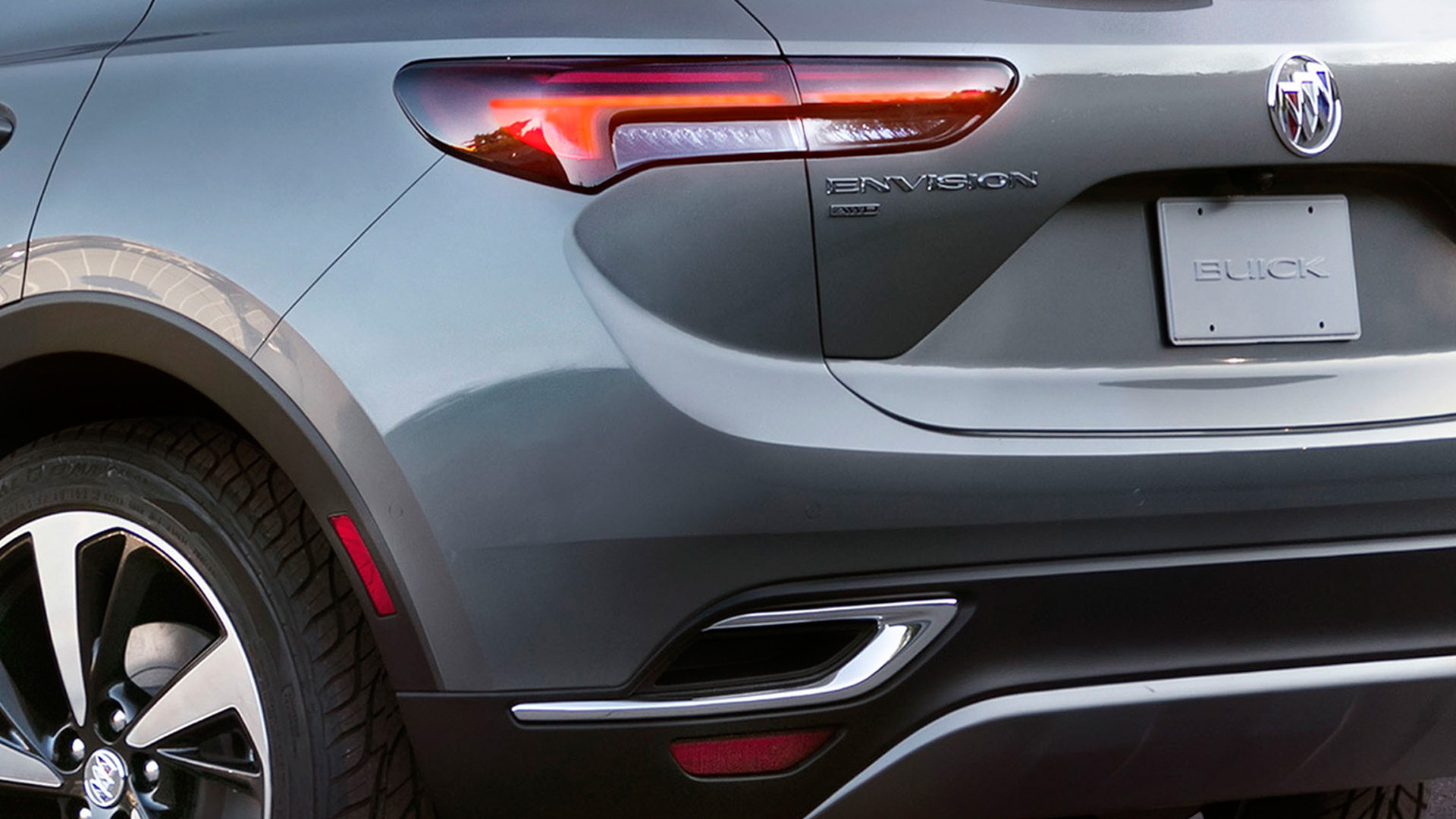 Buick on Friday provided a first look at its redesigned 2021 Envision arriving at dealerships early next year.

The small crossover SUV features a bolder, more expressive look than its somewhat staid predecessor which has been on sale since 2016 and never managed to really excite the market. Sales in the United States have averaged about 30,000 units annually.

Buick is saving most of the 2021 Envision's details until a full reveal later this year though we can confirm that a 2.0-liter turbocharged inline-4 and 9-speed automatic will be standard. It isn't clear if there will be any more power than the 252 horsepower generated by the 2020 Envision's 2.0-liter turbo-4.

Other standard features on the 2021 Envision will be popular electronic driver-assist features such as automatic emergency braking, forward collision warning with pedestrian detection, rear park assist, and a rearview camera.

Buyers will be able to add a semi-autonomous park assist feature, as well as a surround-view camera, and head-up display. Though it hasn't been mentioned, all-wheel drive is likely to also be an available feature over standard front-wheel drive.

Buick has also confirmed that its upmarket Avenir trim will be made available on the Envision for the first time.

The current Envision was the first Chinese-made vehicle sold by General Motors in the U.S. It isn't clear yet whether the redesigned Envision will also be sourced from China or assembled locally.

For more on the Buick Envision, read the in-depth reviews at The Car Connection.

Correction: An earlier version of this story incorrectly stated the 2020 Envision as having 295 horsepower.