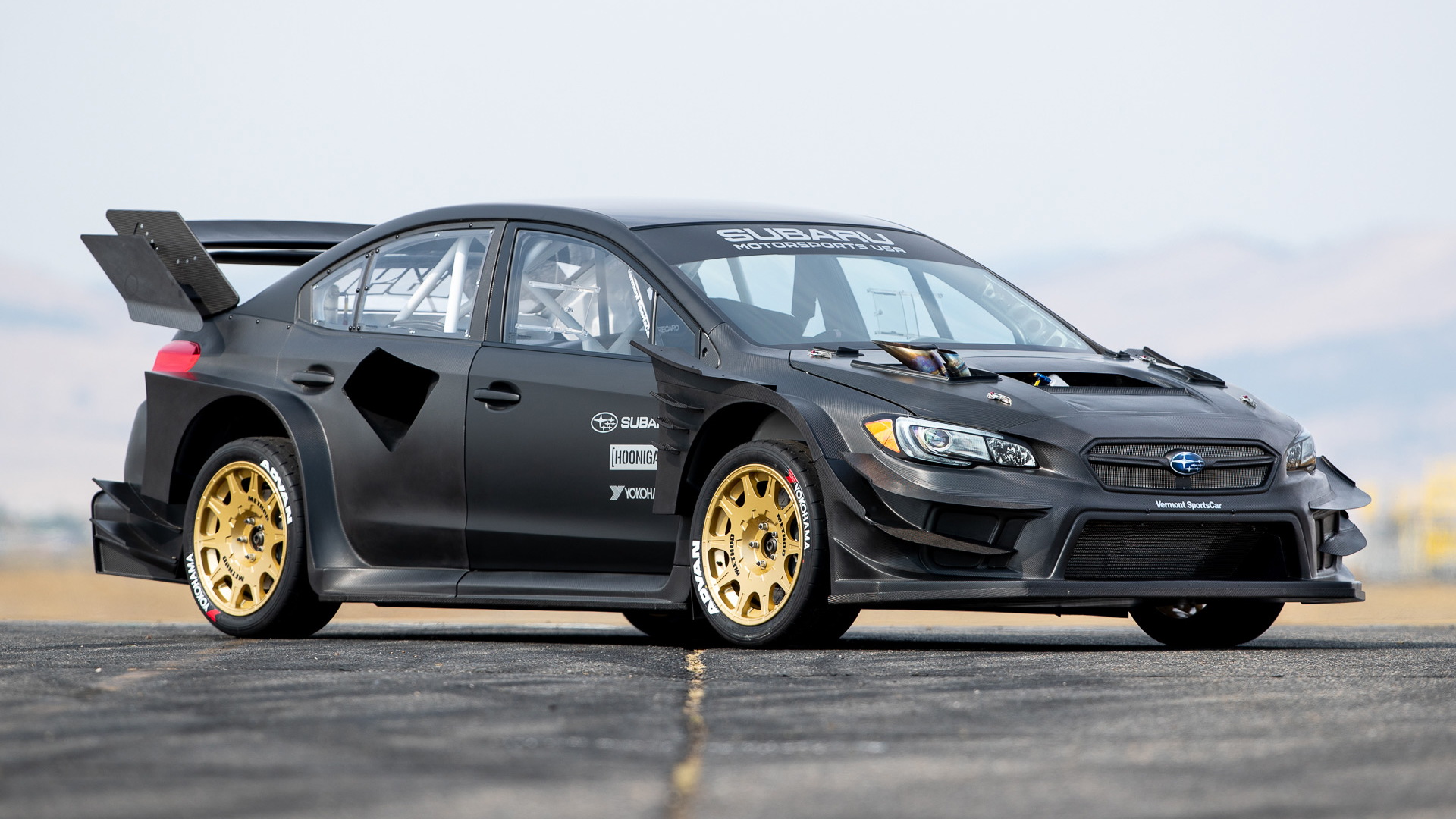 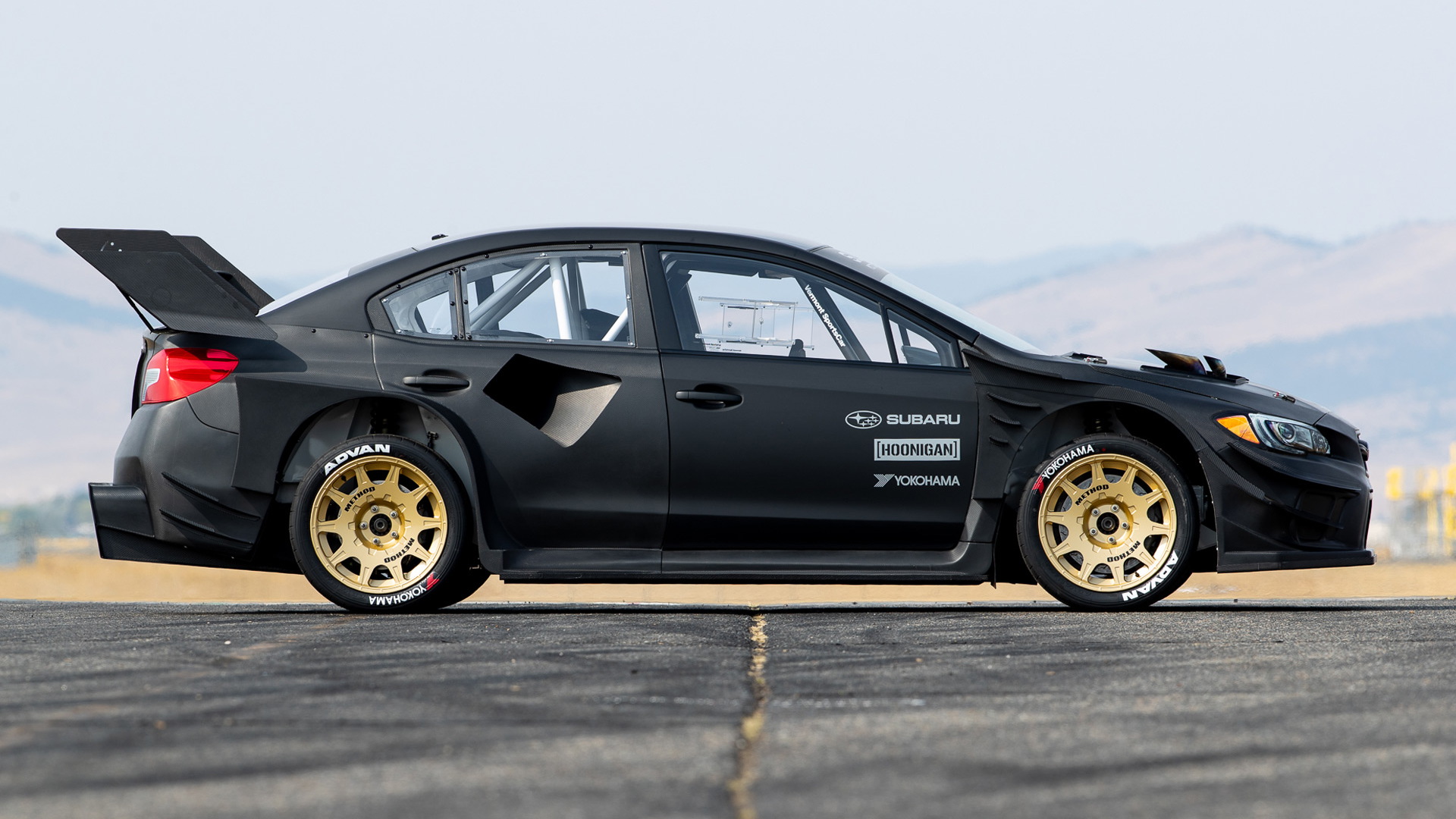 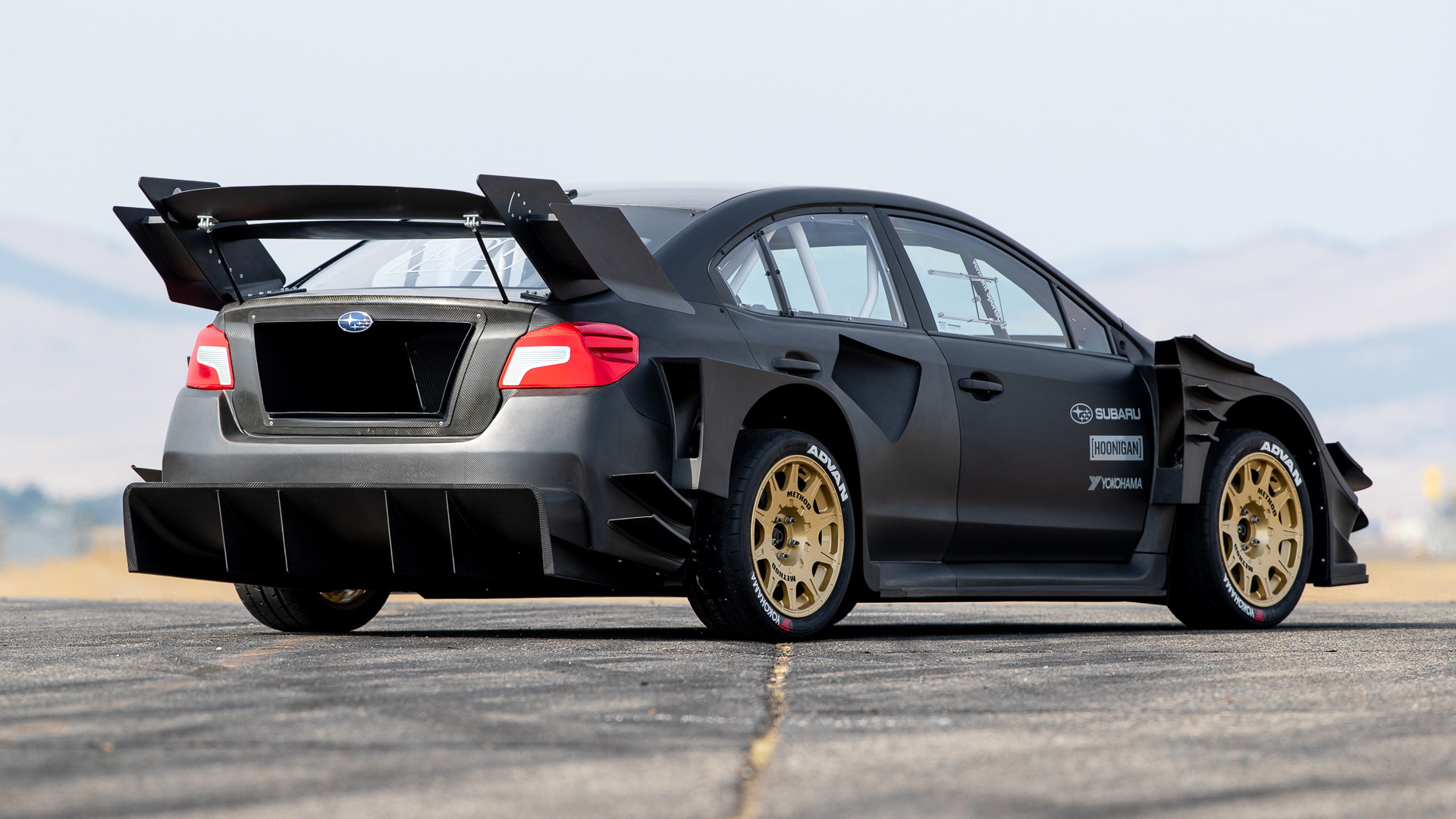 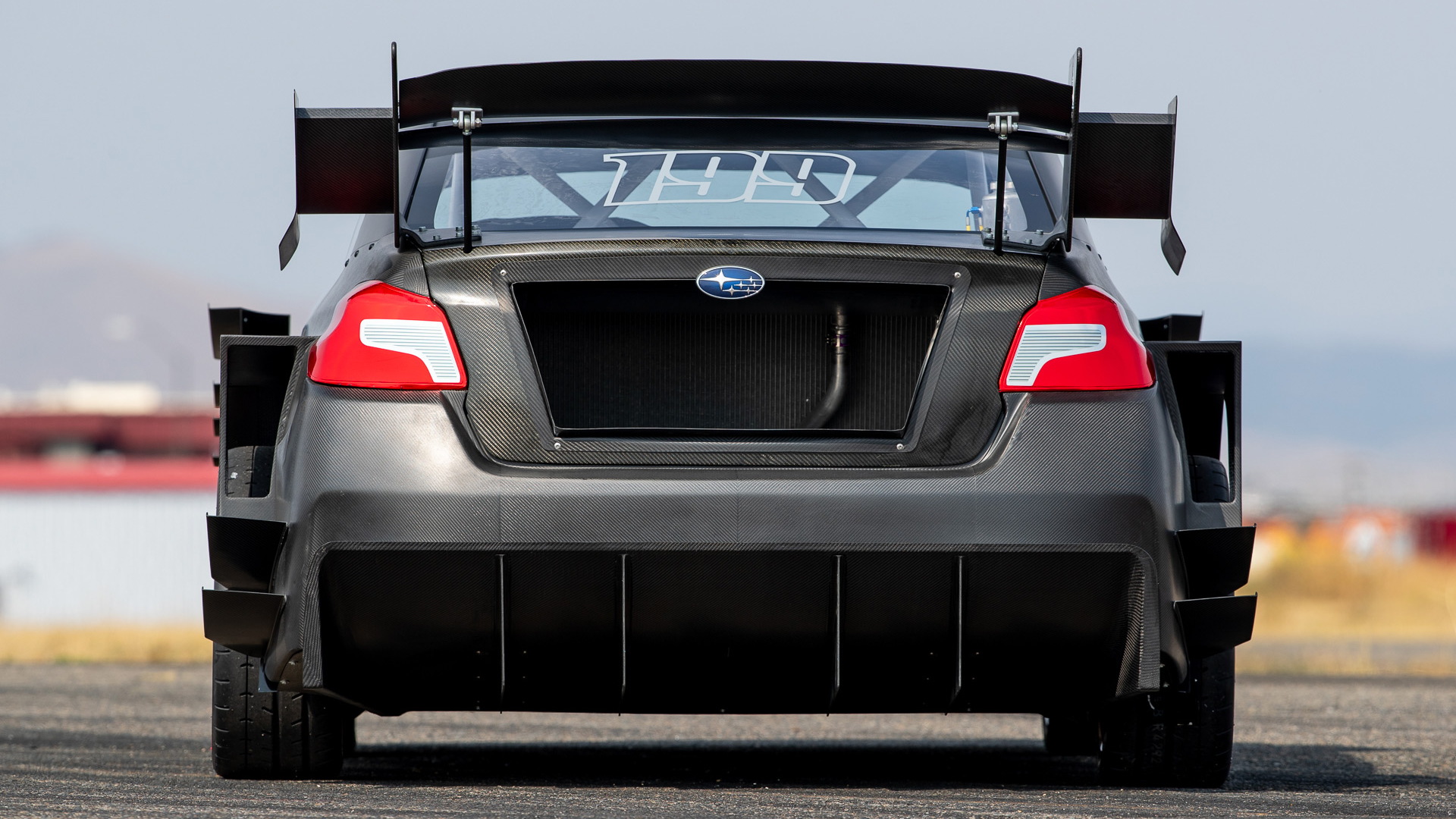 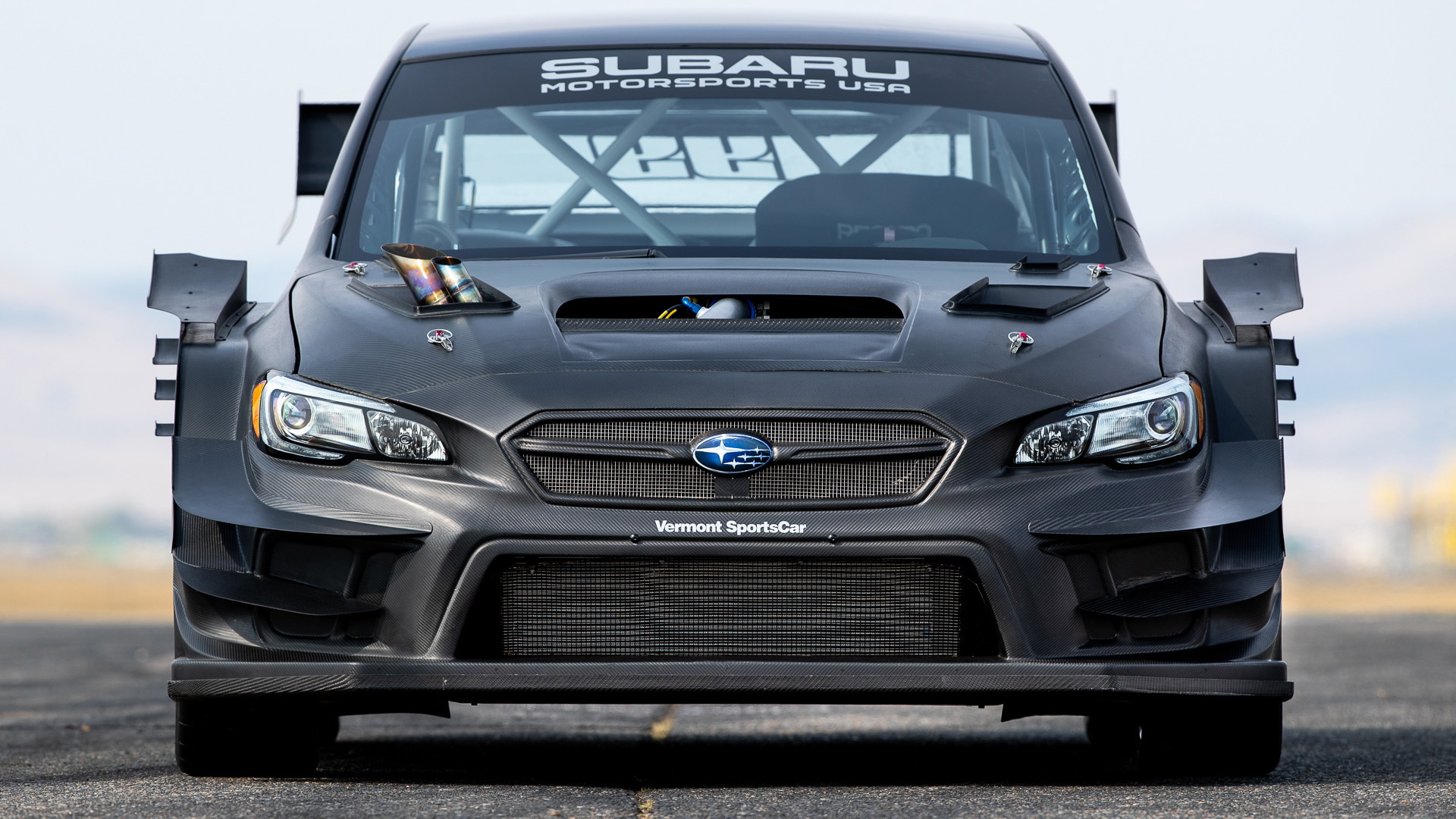 The last instalment in Ken Block's Gymkhana series, number 10, dropped in 2018, and in it we saw the head Hoonigan pass the steering wheel to occasional series guest star Travis Pastrana, hinting that Pastrana would take over in future videos.

Well, it's happening for Gymkhana 11, set to debut later this year and with Subaru in tow. Block drove Subarus in the early Gymkhana videos, before switching to Ford. Former motocross racer Pastrana is currently a Subaru rally driver and spokesman, so he and the Japanese automaker are a package deal.

It should come as no surprise then that Subaru has built for Pastrana one of the wildest WRX STIs in the business. It needs to impress, given the calibre of past Gymkhana vehicles. The last was a slammed 1977 Ford F-150 with 914 horsepower.

Subaru hasn't said how horsepower much its Gymkhana WRX STI packs, though the number must be high judging by that huge air box and exhaust piping that vents directly out of the hood. You'll also notice the entire body is made from carbon fiber, and is fitted with wildly aggressive aero parts that Subaru said have been tested in the wind tunnel. Other upgrades include long-travel suspension and a stripped interior built to Pastrana’s specs. Overseeing the build was rally car constructor Vermont SportsCar based in Milton, Vermont.

This will be the first Gymkhana video without Block at the wheel, but Pastrana is no stranger to the series. In addition to his aforementioned appearance in Gymkhana 10, he appeared in Gymkhana 5. Block and Pastrana were also teammates in the 2004 Rally America Championship, and of course Pastrana has decades of experience across various other motorsport categories. The list includes also includes rallycross, supercross, freestyle motocross, NASCAR and stunt driving.

But what about Block? He doesn't plan to give up his seat permanently, though he wants to shake things up. Adding a new driver "sets the ground for a new game of one-upmanship," he said in a statement.