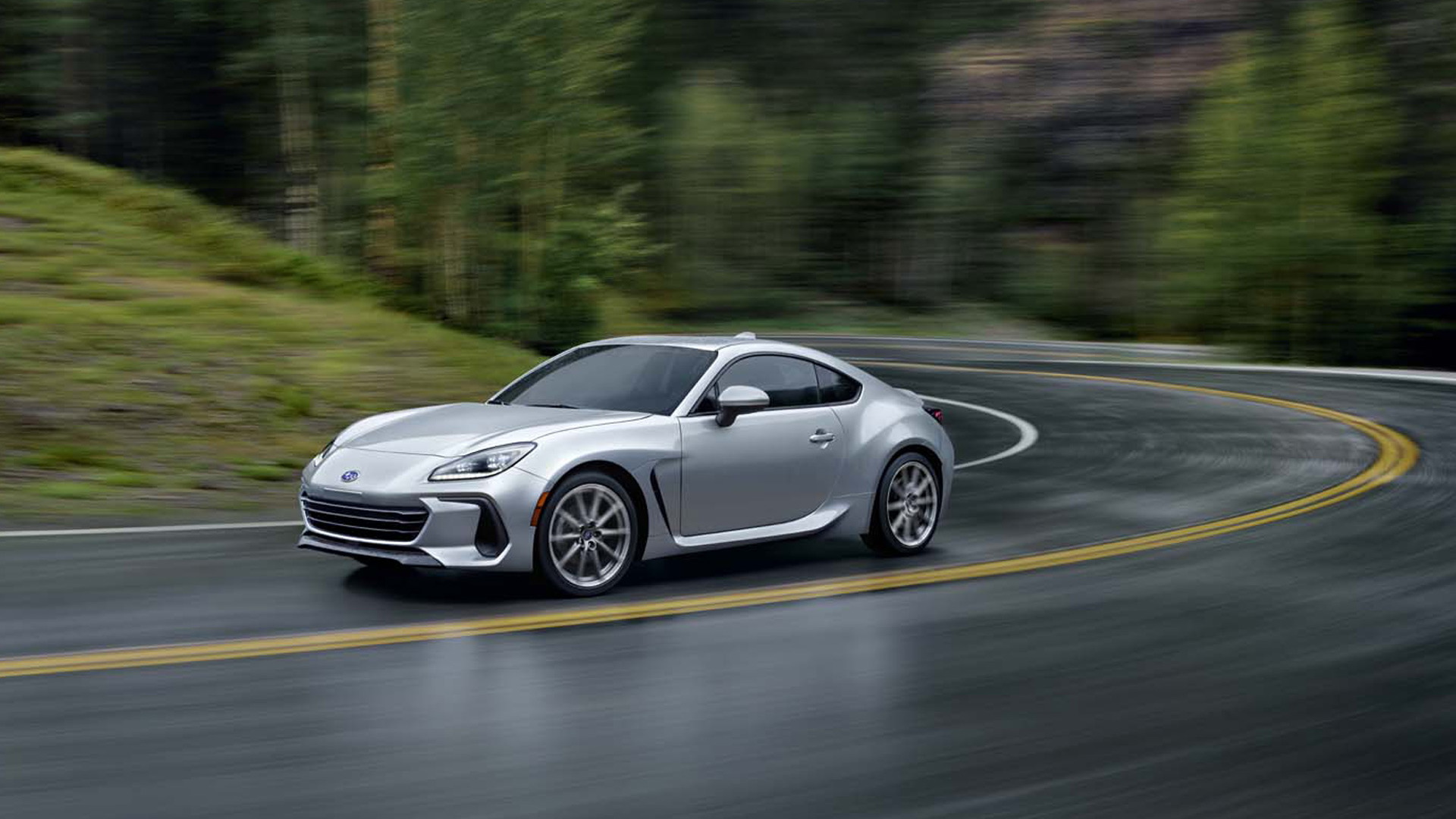 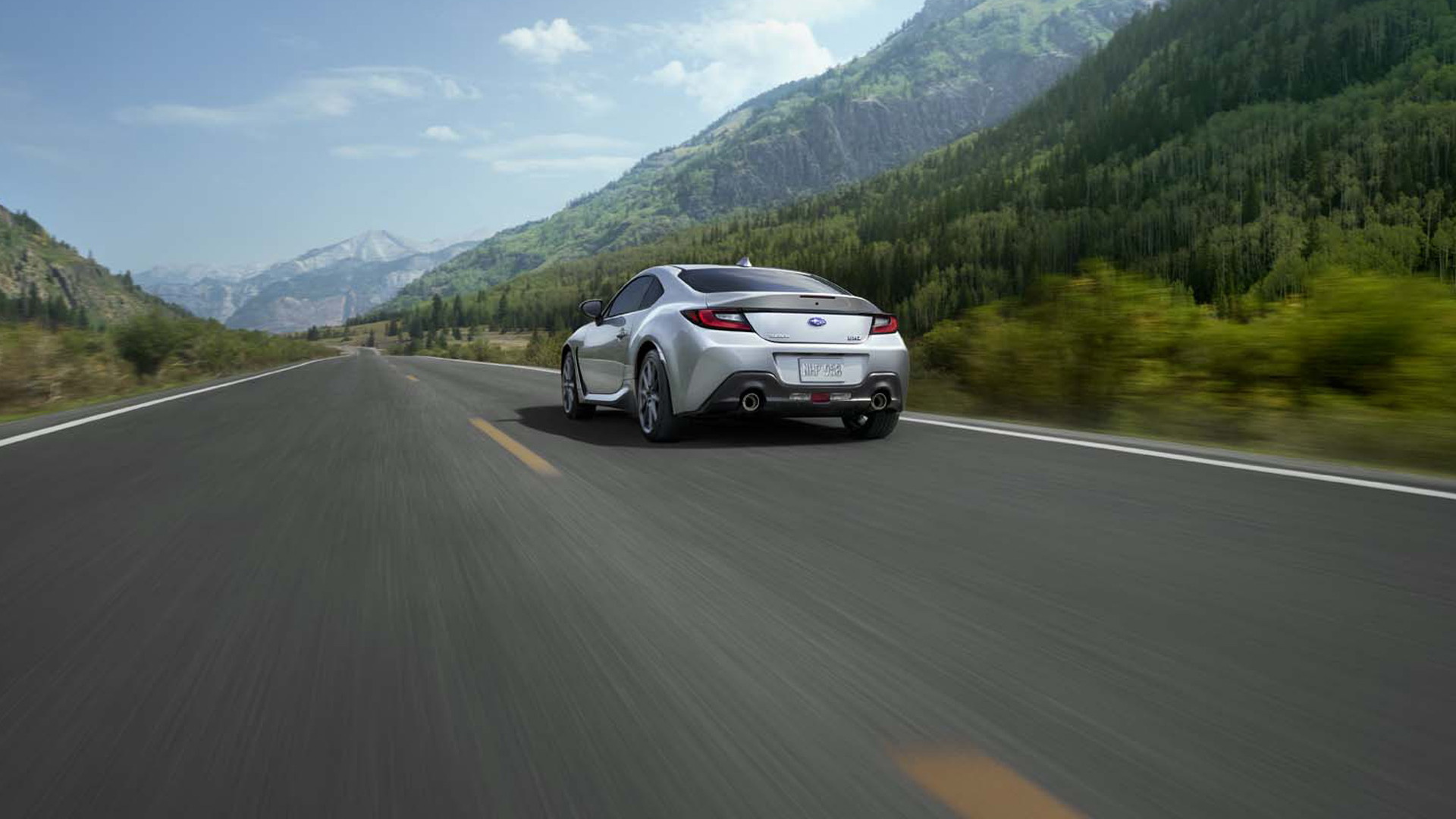 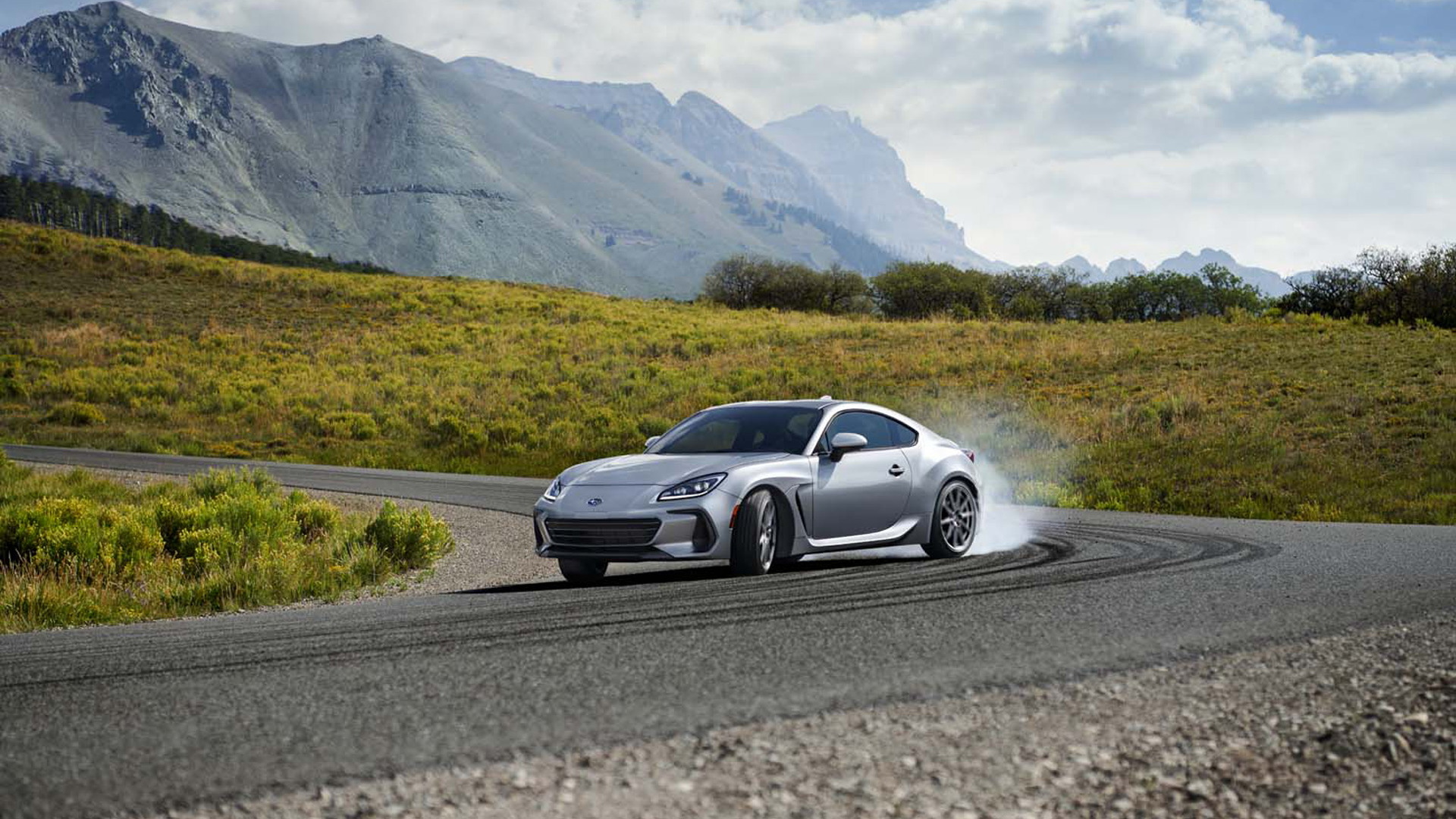 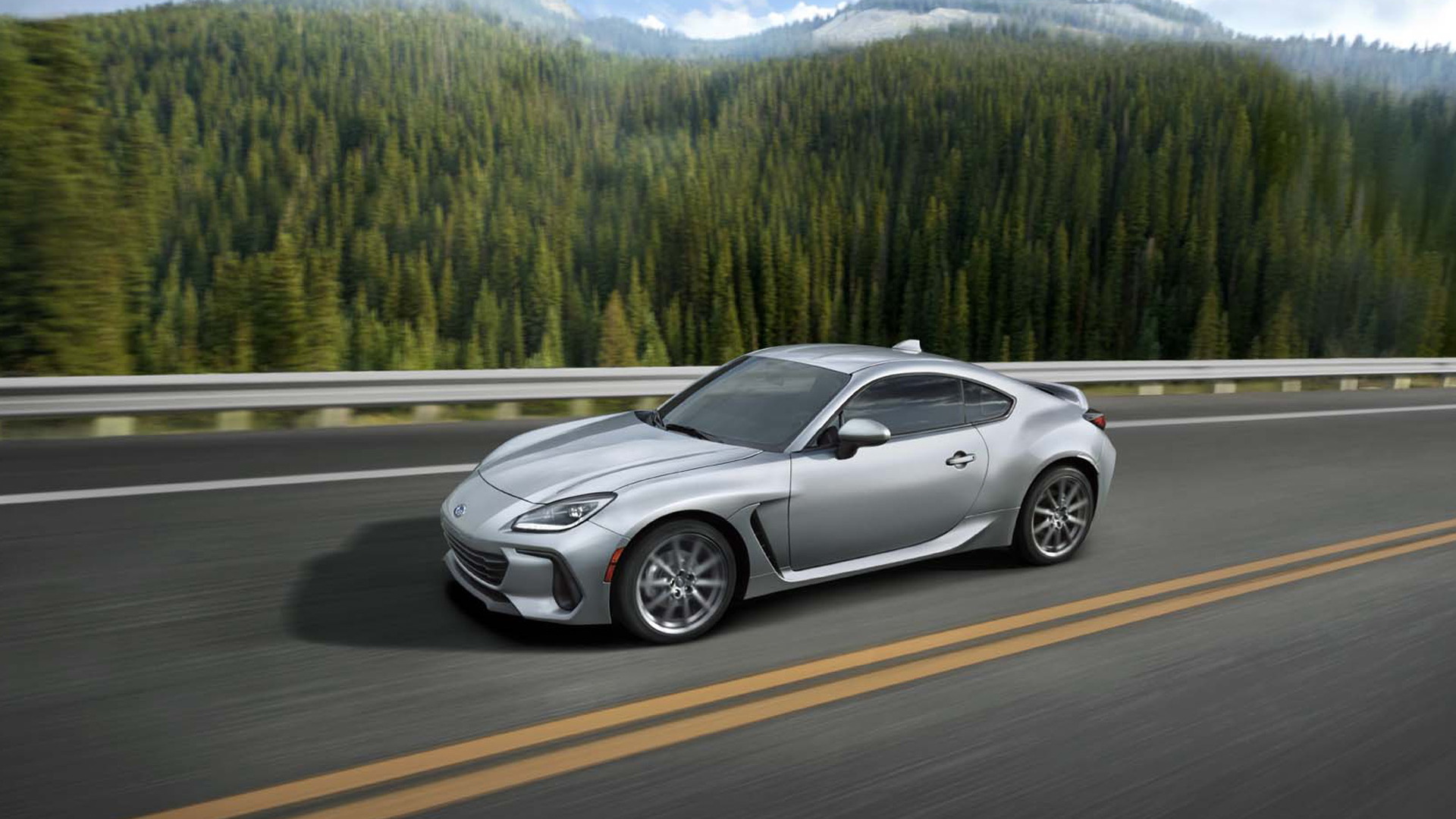 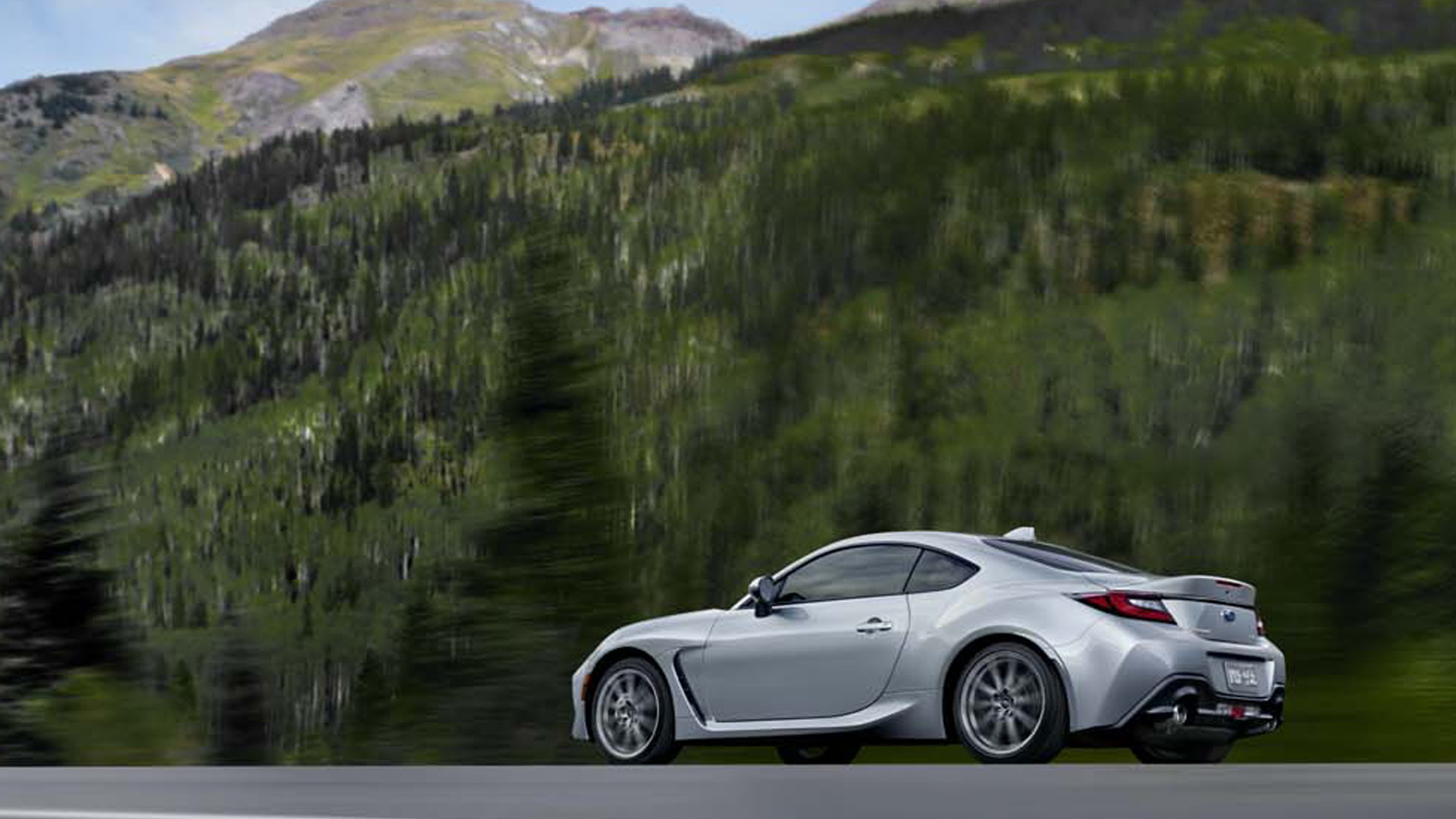 One of the most enduring automotive arguments since the Subaru BRZ’s debut for the 2013 model year has involved whether it needs more power. The coupe’s good qualities have never been in question; it has always been fun to drive with great balance and dialed-in steering. But the “what if it had a turbocharger?” question has persisted.

The redesigned 2022 BRZ will come with a new engine, but no turbocharger, and cost $28,955 when it arrives in U.S. dealers in the fall. We’re just glad the BRZ gets a second generation rather than going the way of the dodo.

As anticipated, the 2022 BRZ gets a larger engine with a new 2.4-liter flat-4 replacing the outgoing model’s 2.0-liter flat-4. Output increases to 228 horsepower and 184 pound-feet of torque from the 205 hp and 156 lb-ft in the old car. Perhaps more importantly, access to that torque should come easier, with the new engine hitting max torque at 3,700 rpm rather than the 6,700 rpm required previously. Max horsepower is still not achieved until 7,000 rpm, though.

Subaru has a 2.4-liter turbocharged flat-4 in its lineup that lives in the Ascent, but as much as I would have liked to see that engine in the BRZ there is no indication that will happen for now. Too bad.

Transmission choices still include a 6-speed manual or a 6-speed automatic that comes with a new Sport mode. That mode features automatic rev matching on downshifts and uses yaw sensors to hold a lower gear during hard cornering, which will help keep the engine in the power and prevent shifts from disrupting the chassis mid-corner.

This powertrain update won’t satiate enthusiasts who have been clamoring for the BRZ and its Toyota 86 sibling to offer forced induction. Subaru hinted that cost is the issue. There are those (this author included) who’d be inclined to pay more if it meant getting a more responsive engine to match the car’s handling prowess, but that’s not the direction Subaru decided to go.

At first glance, the styling doesn’t look much different. It still carries the same front-engine, rear-drive proportions with a long hood and short rear end. But a longer look at the car reveals the wrapping around it has changed to give it some differentiation.

Up front, it has new, functional side air intakes that route air from under the hood and fenders onto side sill spoilers on either side. Those side sills add some needed definition to the BRZ’s sides and curve up into the widened rear track. The rear is highlighted by a ducktail spoiler that conjures Toyota Supra vibes. The BRZ’s “double-bubble” cockpit only reinforces the comparison and we would not be surprised to see both styling features make an appearance on the forthcoming next-generation Toyota 86.

Overall dimensions have only moved slightly. The wheelbase grows to 101.4-inches (a 0.2-inch increase), overall length is up just under an inch to 167.9 inches, and height has shrunk by about a half inch to 51.6 inches.

Subaru says the BRZ’s center of gravity has moved even lower and the car has “near perfect” weight distribution. The suspension has roughly the same equipment, with MacPherson struts up front and a double-wishbone rear suspension with a stabilizer bar, but Subaru made no mention of the Sachs performance dampers that came with the Performance Package and on the special editions of the previous generation. Our guess is that some kind of upgraded shock will debut when the new BRZ debuts its own tS version or other performance variant.

A limited-slip differential is still standard and wheel sizes have grown from 17 to 18 inches on Limited models. Subaru hasn’t revealed brake sizes or if the Brembo ventilated discs will be offered on the new car.

The chassis is more rigid thanks to reinforcements in multiple areas and Subaru claims a 50% increase in torsional stability, providing sharper turn-in and more front-end responsiveness—two areas that were already BRZ strengths. According to preliminary figures, these reinforcements and the move to a larger engine haven’t added much weight to the car. BRZ Limited models have a curb weight of 2,835 pounds with the manual transmission and 2,881 pounds with the automatic, a weight gain of 37 and 41 pounds, respectively.

Subaru also updated the traction/stability control system, which has been redesigned with five different settings. Subaru says the new system will “allow more input from the driver before it activates the traction system.” Translation: more drift. The system can also be turned completely off by holding down the drive mode and traction control buttons behind the gear shift for those who want to fully remove the electronic nannies.

The updated interior retains the same look and feel, with tweaks that include the gauge cluster. It now features a 7-inch digital display, with a tachometer taking up much of the real estate. Flip the BRZ into Track mode and the gauge cluster changes to a horizontal graph that makes it easier to see the rpm at a glance. The multimedia screen has grown by an inch to 8.0 inches,  and some of the climate controls have shifted locations.

Any real judgment on the 2022 BRZ will have to wait until we can get behind the wheel. Though we’re still hoping for a turbocharger, it doesn’t seem likely. Instead, it appears Subaru has updated the BRZ to push the car’s strengths even further. If the new engine’s torque is more accessible, that might be enough for buyers who wanted more power.

Subaru provided lodging and a ride around the track with a professional driver to both remind the author of his lack of talent and to bring you this preview.