Today, AMG is the in-house performance arm of Mercedes-Benz, but it started out as a humble operation run by two engineers. The car that launched AMG on the path to three-pointed stardom was a hulking sedan named the "Red Pig."

AMG was founded in 1967 by Hans Werner Aufrecht and Erhard Melcher, whose last names became the "A" and "M" in "AMG." The "G" stands for Aufrecht's birthplace of Grossaspach, Germany. While Aufrehct and Melcher did some work in that location before forming AMG, the company itself has never been based there. The performance division is currently headquartered in Affalterbach, Germany.

Aufrecht and Melcher started out with Daimler-Benz, working on a race engine for the Mercedes-Benz 300 SE. When the the company discontinued motorsports activities, the pair continued to work on the engine independently, based out of Aufrecht's house in Grossaspach.

In 1965, Manfred Schiek, another Daimler veteran, used the modified engine in the German Touring Car Championship, winning 10 times. That convinced Aufrecht and Melcher to start their own company, and one the first things they decided to do was build a race car to show off their skills. 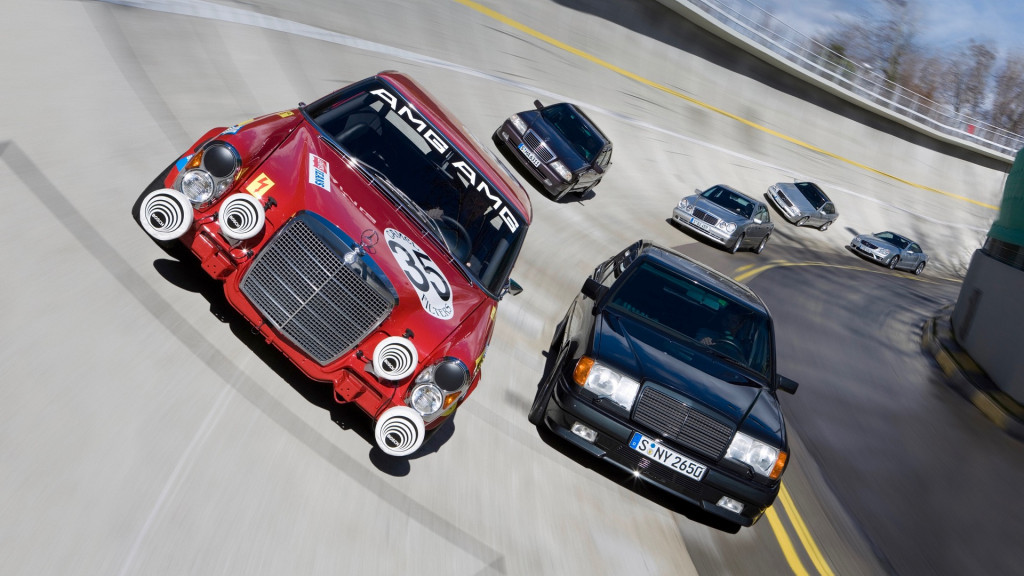 Enter the Red Pig, a modified Mercedes-Benz 300 SEL 6.3 that was, in a way, already the prototype for modern Mercedes-AMG sport sedans. The Mercedes factory took the 6.3-liter V-8 from the dictator-spec 600 and put it in the smaller 300 SEL body, creating a sort of German muscle car.

AMG increased displacement to 6.8 liters, bumping output from the stock 247 horsepower and 369 pound-feet of torque to 428 hp and 448 lb-ft. The car was also lightened, although, as a big four-door, it remained quite heavy for a race car. At the 1971 24 Hours of Spa, the Red Pig scored a class win and second overall, securing AMG's reputation.

However, it would be some time before AMG would begin collaborating with the Mercedes factory. The first jointly developed car was the C36 AMG, which was also the first AMG model sold in the United States, hitting showrooms in 1995. AMG models became a regular feature of the Mercedes lineup after that, and Mercedes parent Daimler acquired a majority stake in AMG in 1998.

AMG has evolved from tuning existing Mercedes models to designing the SLS AMG and AMG GT sports cars from the ground up, as well as developing the Formula One-Inspired AMG One supercar.