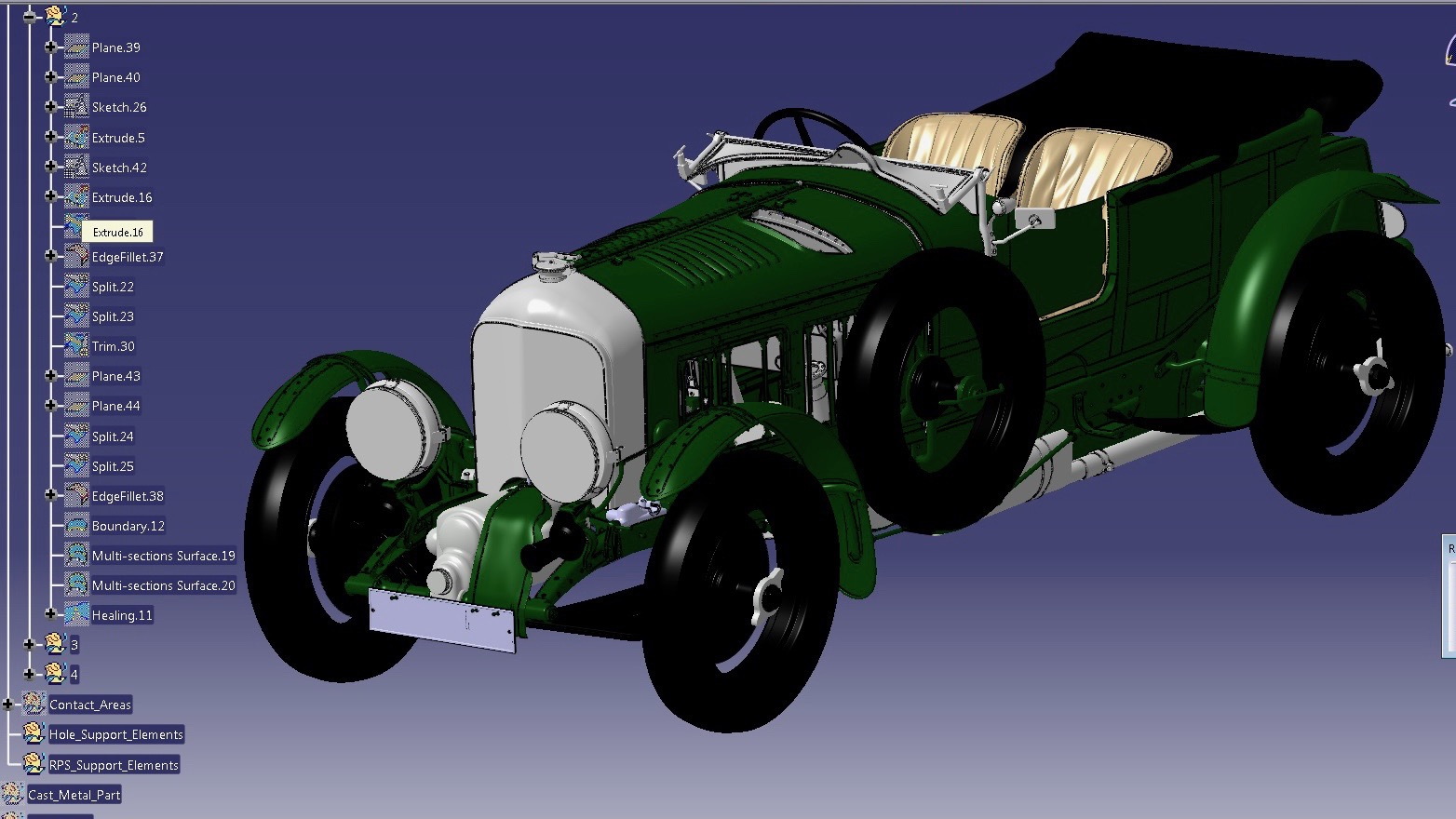 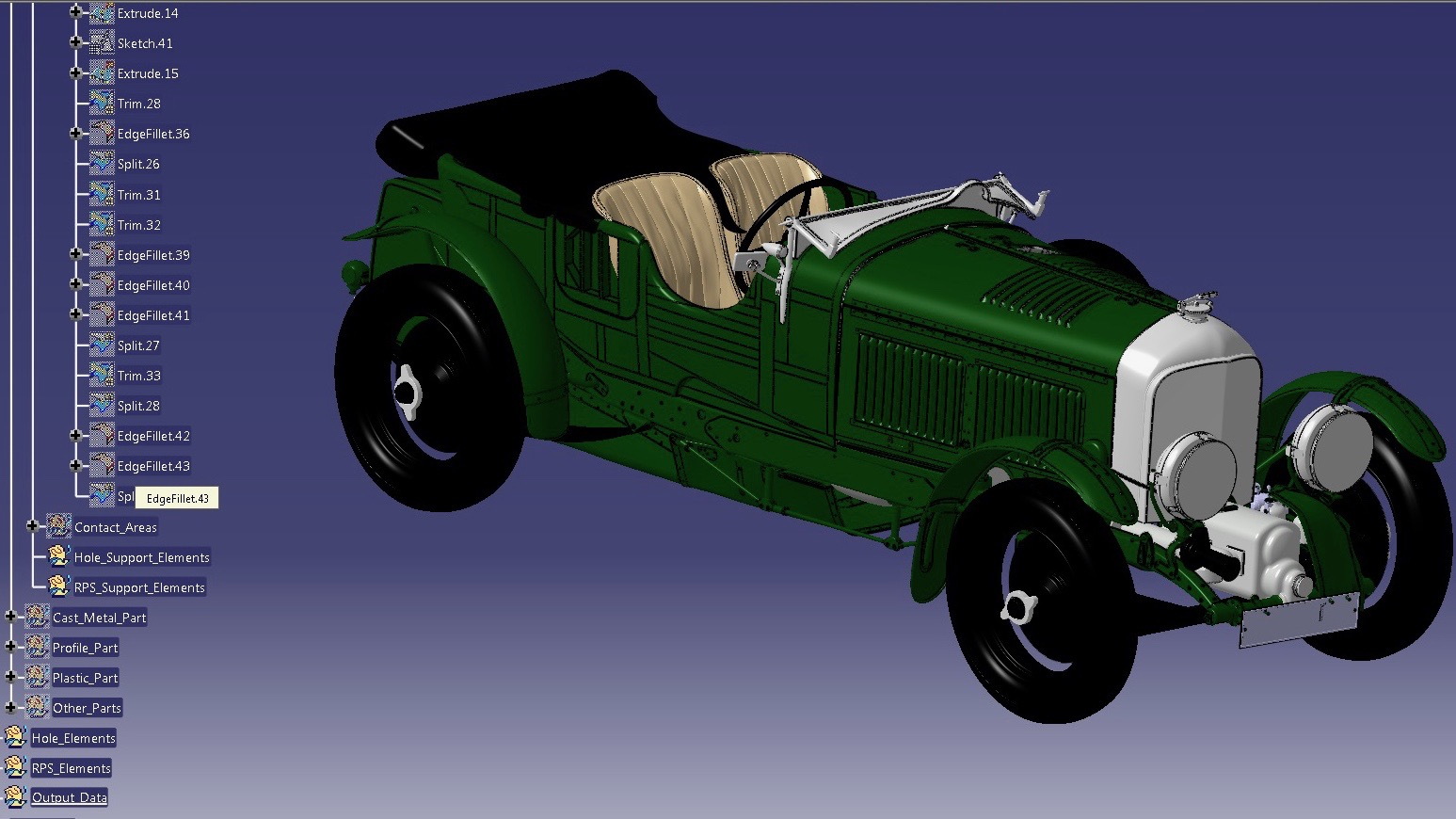 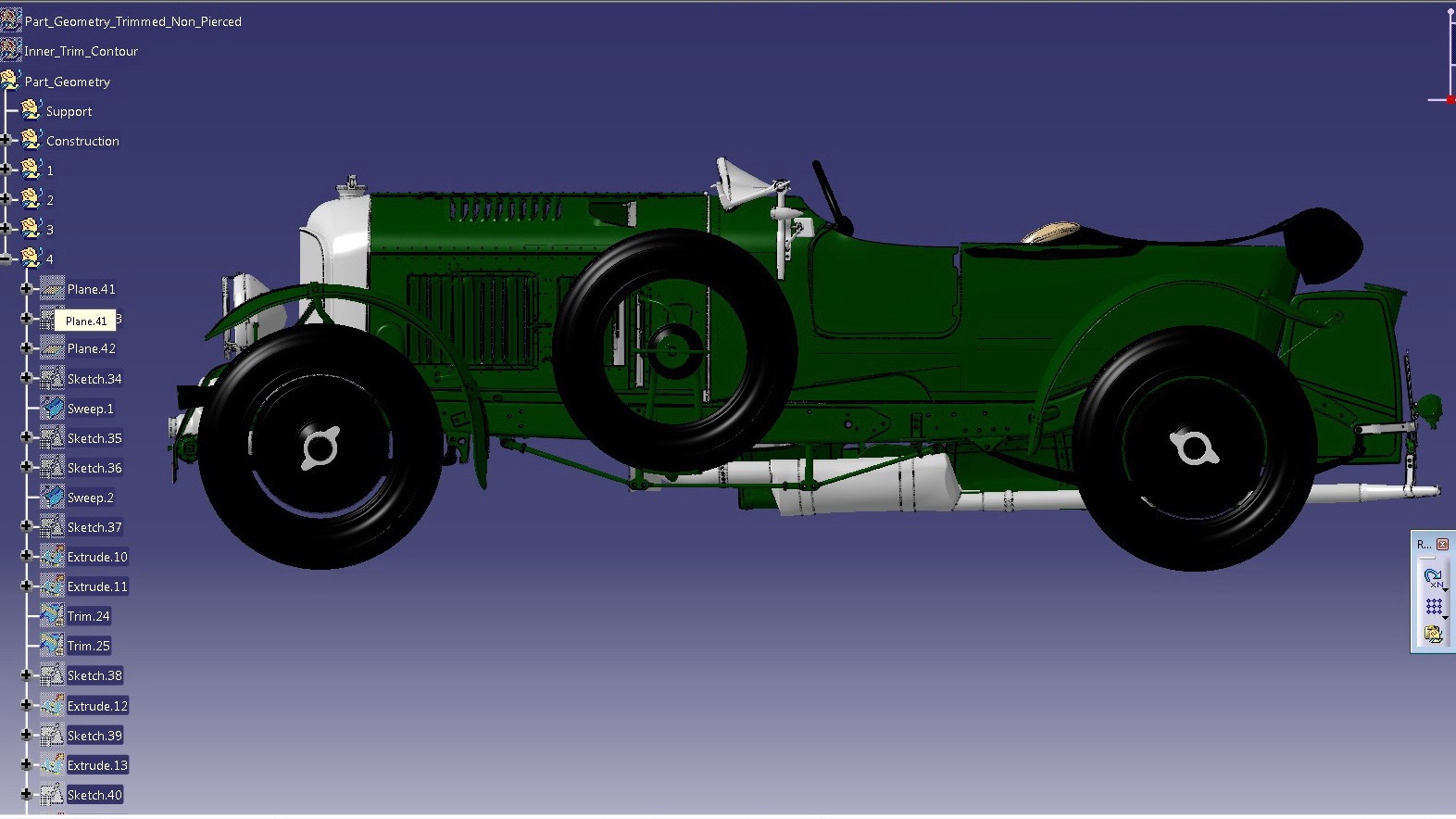 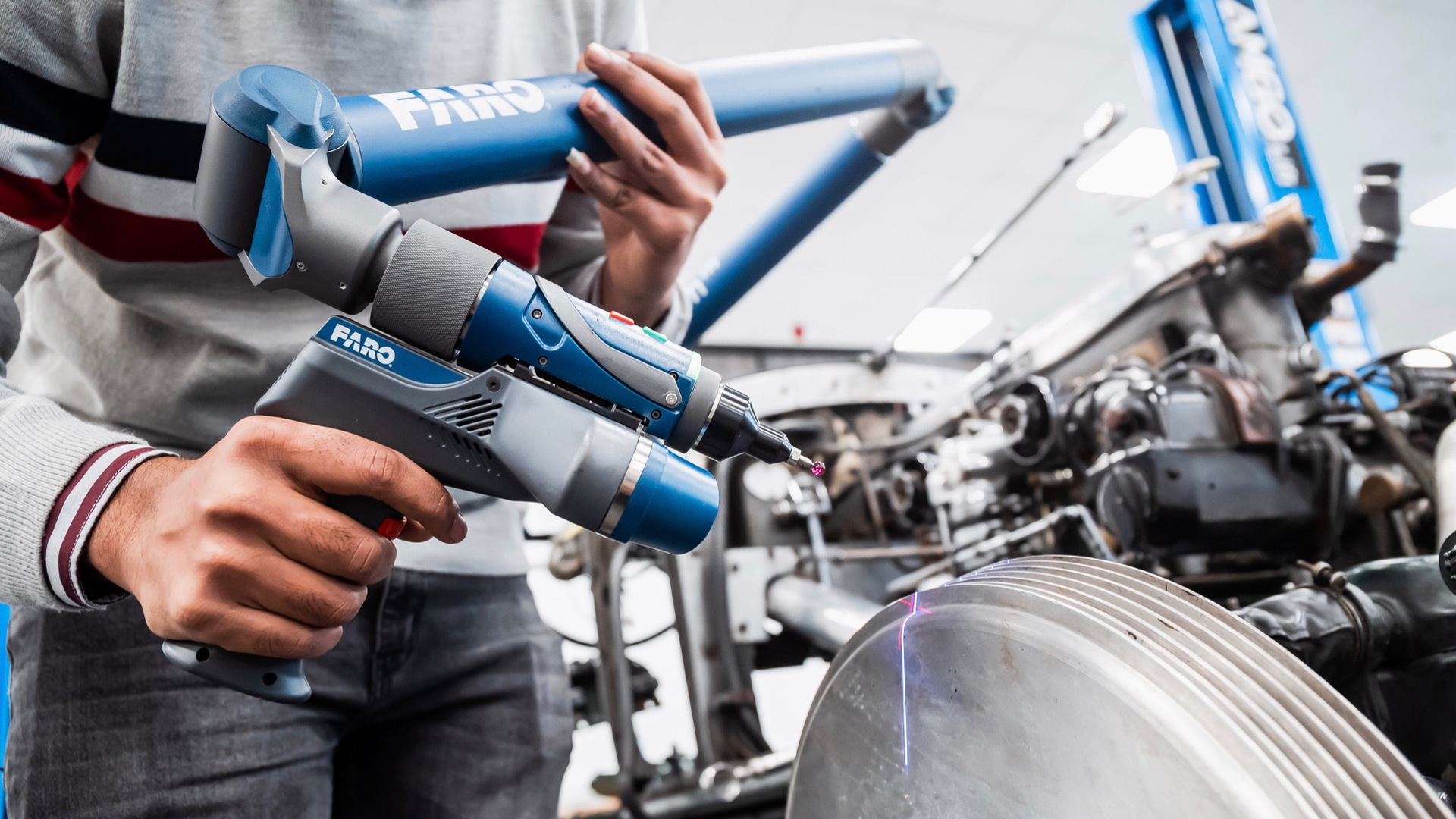 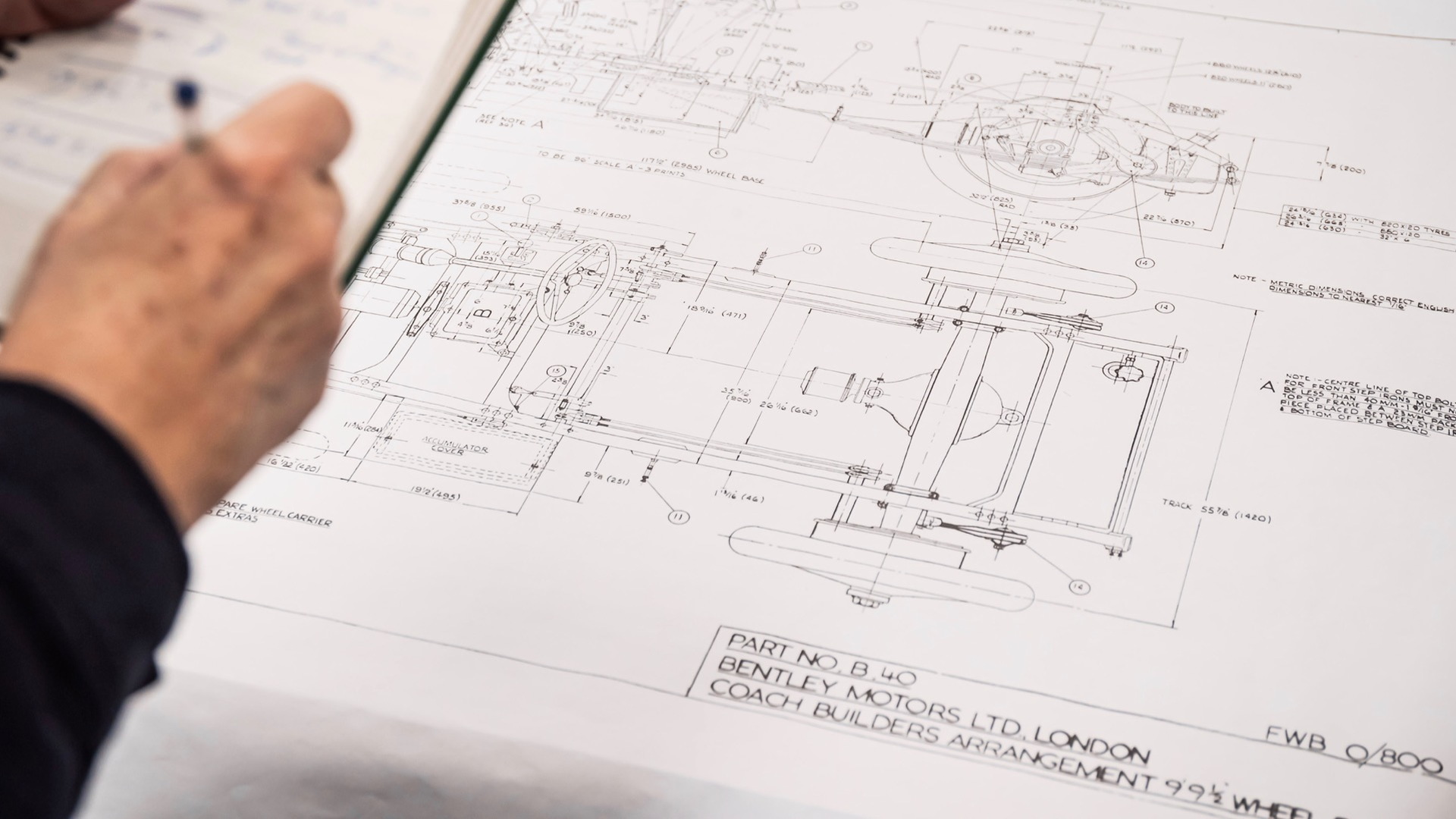 Bentley plans to build a continuation series of 12 1929 Team Blower cars. To make that happen, Bentley disassembled and laser scanned an original car so they could create a digital reference to manufacture new parts.

The car used was chassis HB 3403, one of four original cars built and raced by Sir Tim Birkin, and currently owned by Bentley. It took two CAD engineers a total of 1,200 man hours to measure and scan the car's various parts, according to Bentley. Some of the work was completed remotely due to the ongoing coronavirus pandemic, the automaker noted in its Thursday press release..

That work resulted in a finished CAD model encompassing 630 components across 70 assemblies. The file is more than 2 gigabytes in size.

Disassembly gave Bentley the opportunity to perform some restoration work on chassis HB 3403, which is still used regularly for events like the Mille Miglia, Goodwood Festival of Speed, and Pebble Beach Concours d'Elegance.

The CAD model will provide data for the manufacture of 12 new sets of parts for the continuation cars. The cars will be built using original 1920s molds, jigs, and hand tools, as well as some modern processes, according to Bentley.

The continuation cars will hew closely to the originals. That means each will be powered by a 4,398-cc 16-valve 4-cylinder engine, with an aluminum crankcase, cast-iron cylinder liners, and a non-detachable cast-iron cylinder head. As the name suggests, the cars will be supercharged, using an exact replica of the Amherst Villiers Mk IV Roots-type unit mounted on the 1920s originals. Output is expected to be 240 horsepower at 4,200 rpm.

The design calls for a pressed steel frame with half-elliptic leaf spring suspension and replica Bentley & Draper dampers. Cars will also have replicas of the original Bentley-Perrot 17.75-inch drum brakes, and worm-and-sector steering.

Several automakers have launched continuation cars based on models from the 1950s and 1960s, but Bentley claims to be the first to resurrect a prewar car. The appeal of continuation cars is that they can be used more often than originals, which are sometimes too valuable to be driven regularly.