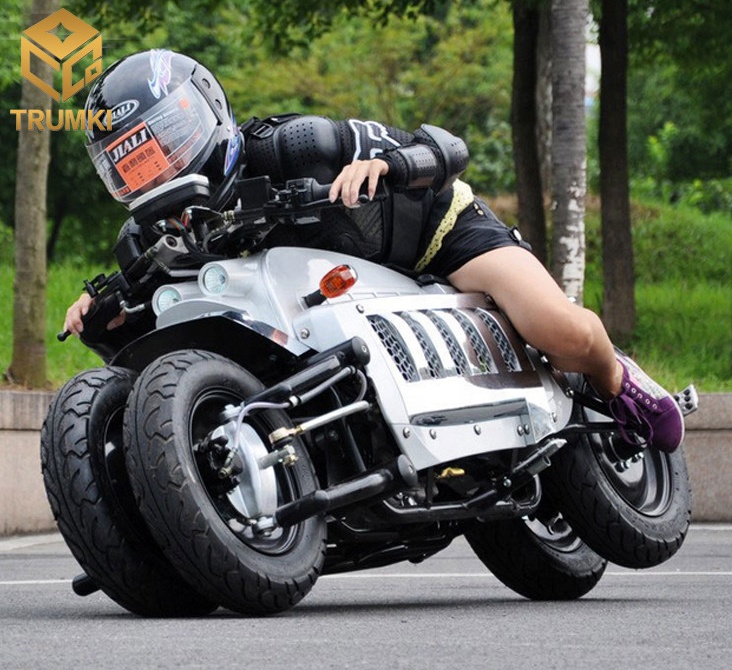 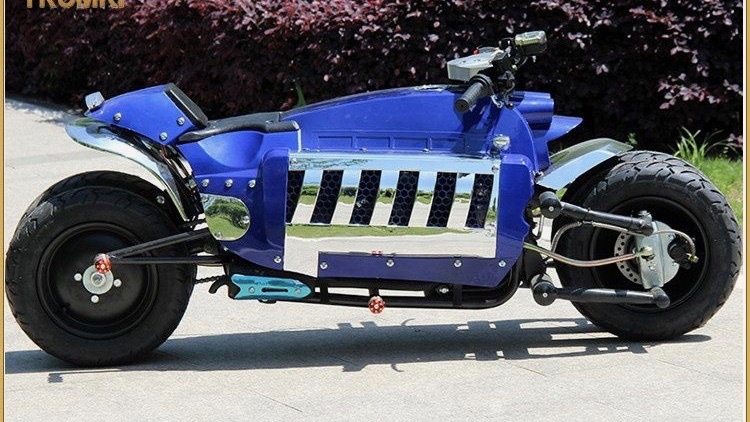 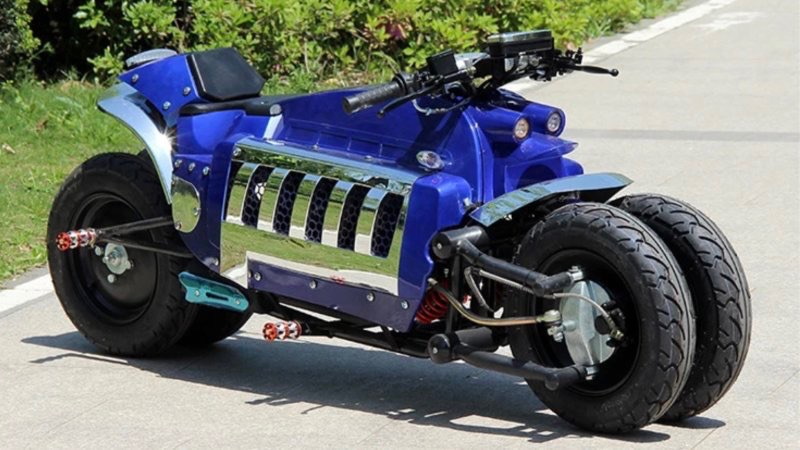 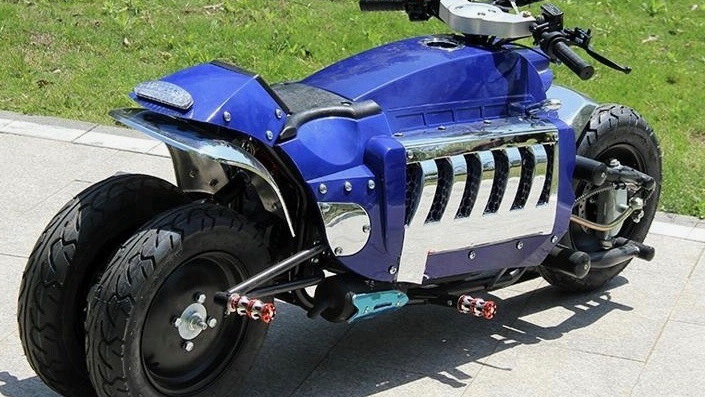 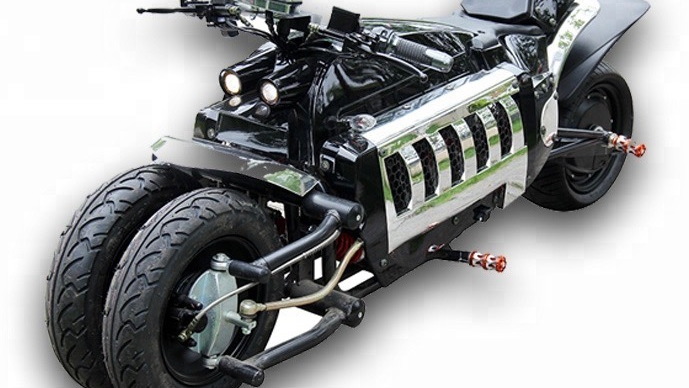 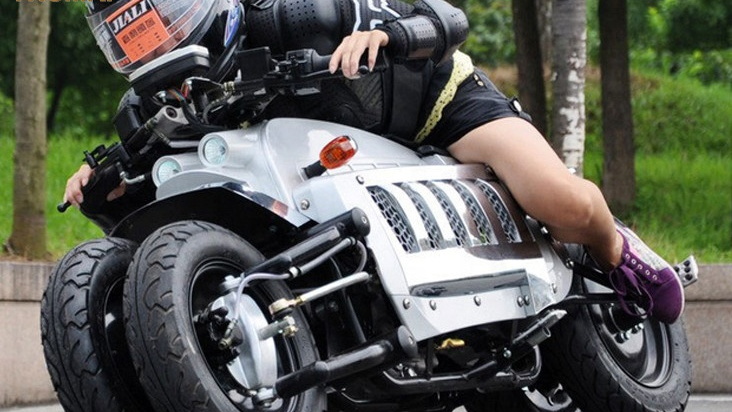 When it comes to insane concept vehicles, it's hard to beat the Dodge Tomahawk. Unveiled at the 2003 Detroit auto show, the Tomahawk was a motorcycle powered by an 8.3-liter V-10 from the Viper. Dodge built nine copies for customers, but if you missed out on one of those, Road & Track spotted this miniature version for sale via China's Alibaba.

The mini Tomahawk, which is a rideable bike about half the size of the original, does not have a Viper V-10. It's powered by a 150-cc single-cylinder four-stroke engine capable of revving to 8,000 rpm, according to the listing. The bike does retain the original Tomahawk's four-wheeled layout, though, with each set of wheels placed close together so it can still lean into corners like a conventional motorcycle. Power is sent to the rear wheels through a CVT and chain drive. 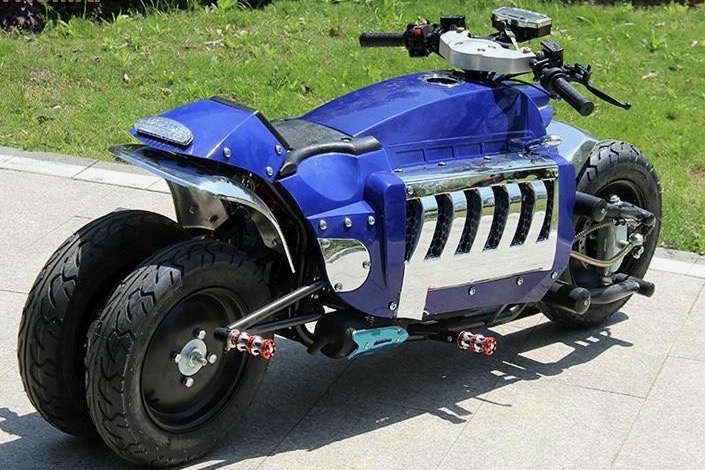 This replica is a far cry from the original Tomahawk, which had a genuine 500 horsepower. Then-Chrysler executive Wolfgang Bernhard rode it onto the Detroit stage in 2003 (appropriately clad in a leather jacket), the roar of the V-10 echoing off the Cobo center walls.

The nine full-size Tomahawk replicas were sold through Neiman Marcus for $555,000 each, according to Allpar. They were not road legal, however, in part because the four-wheeled configuration did not meet the definition of a "motorcycle" in some states.

The mini Tomahawk retails for $1,000 in China, but shipping one to the United States adds $3,300 to the price, according to the listing. Alibaba said a bulk discount is available, so perhaps you can buy a fleet of them and give DoorDash a run for its money.