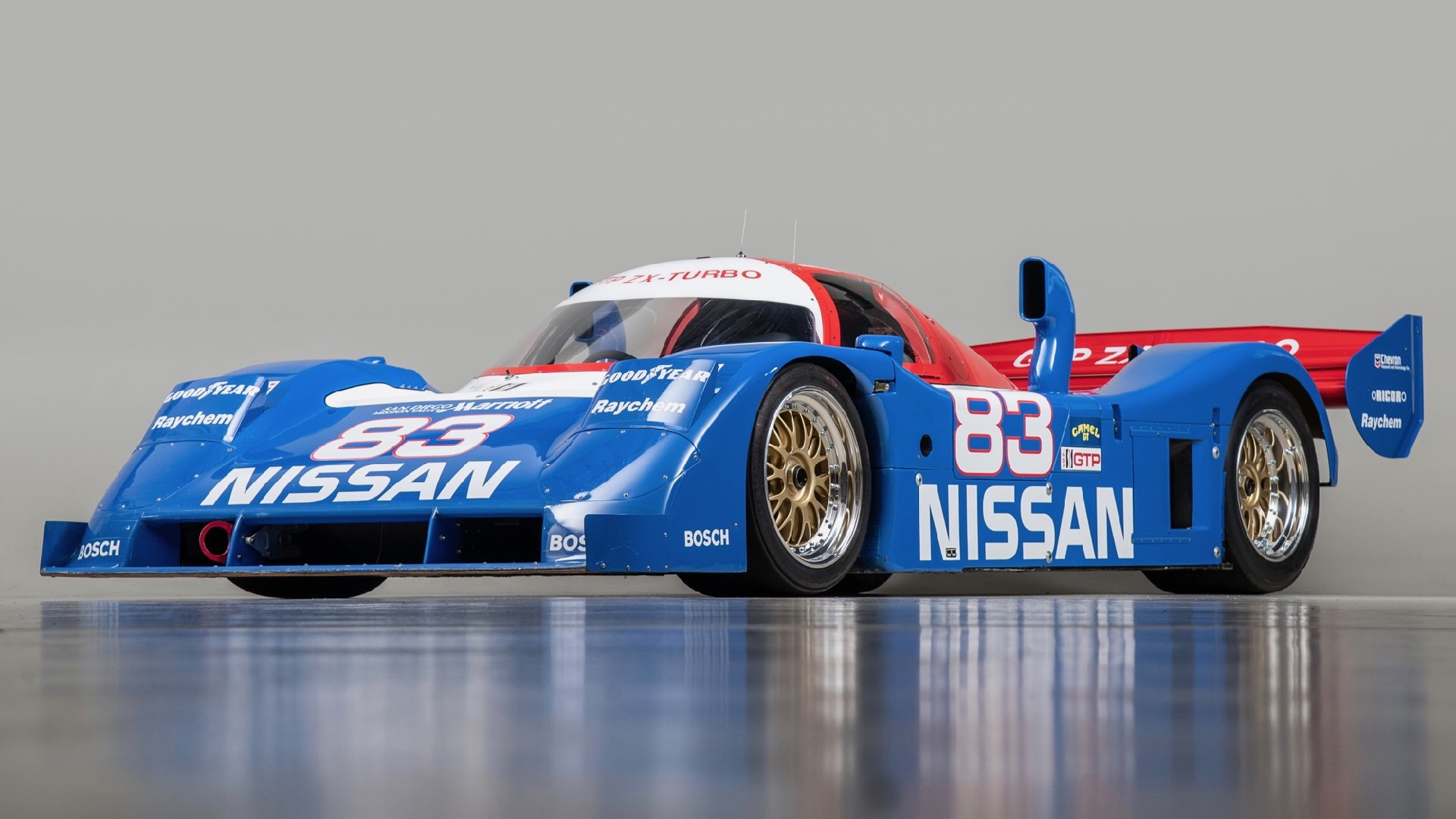 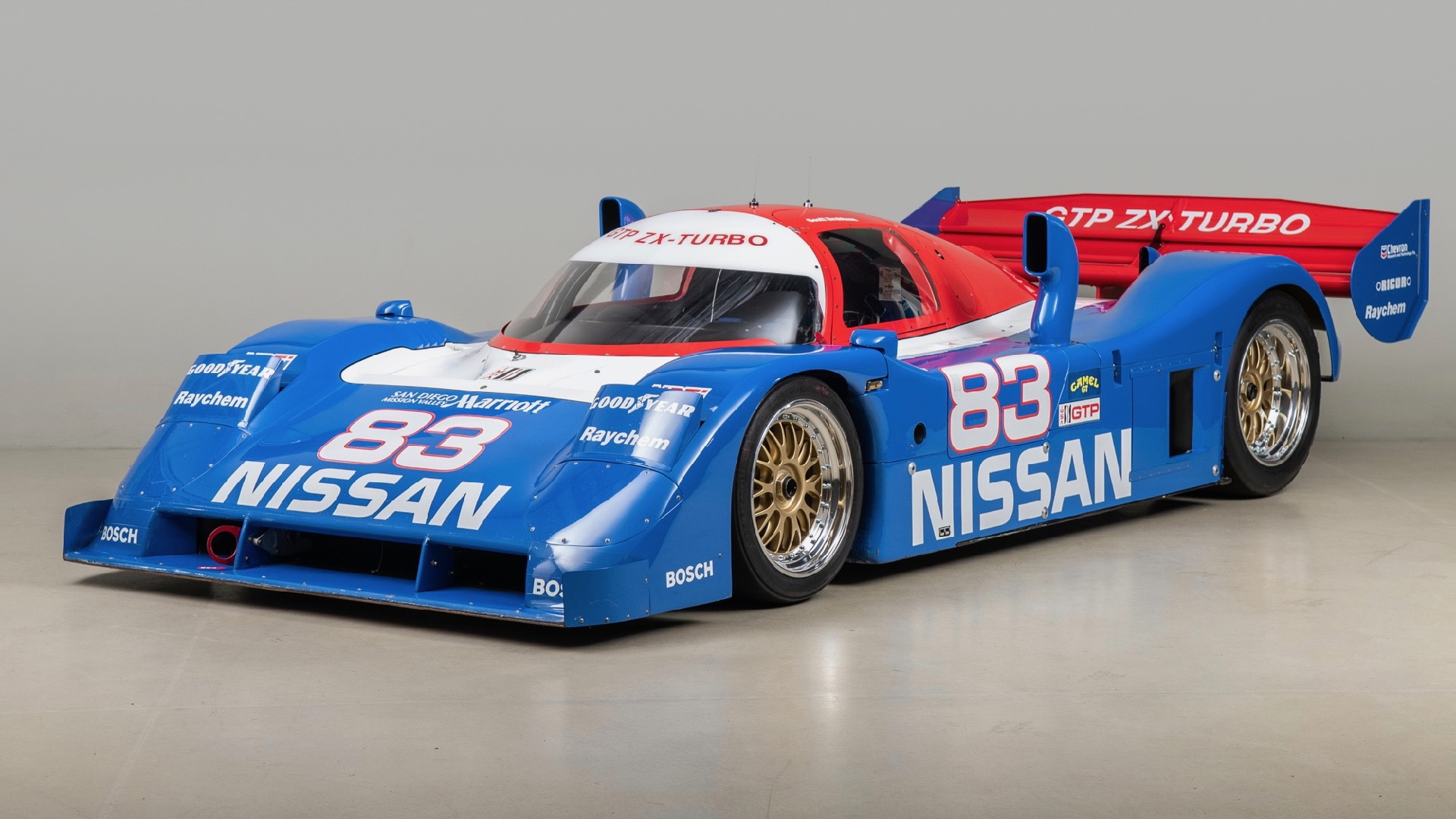 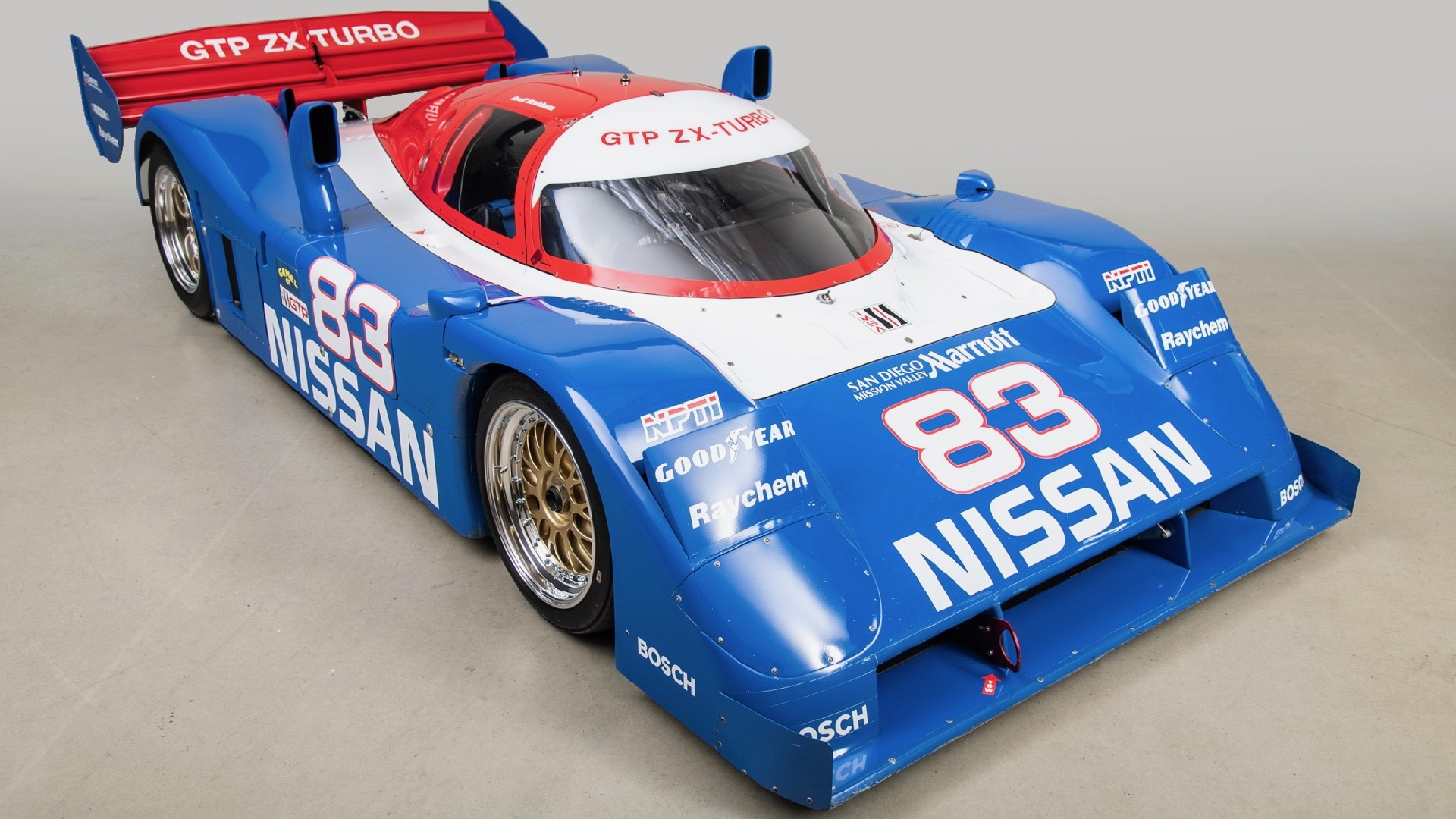 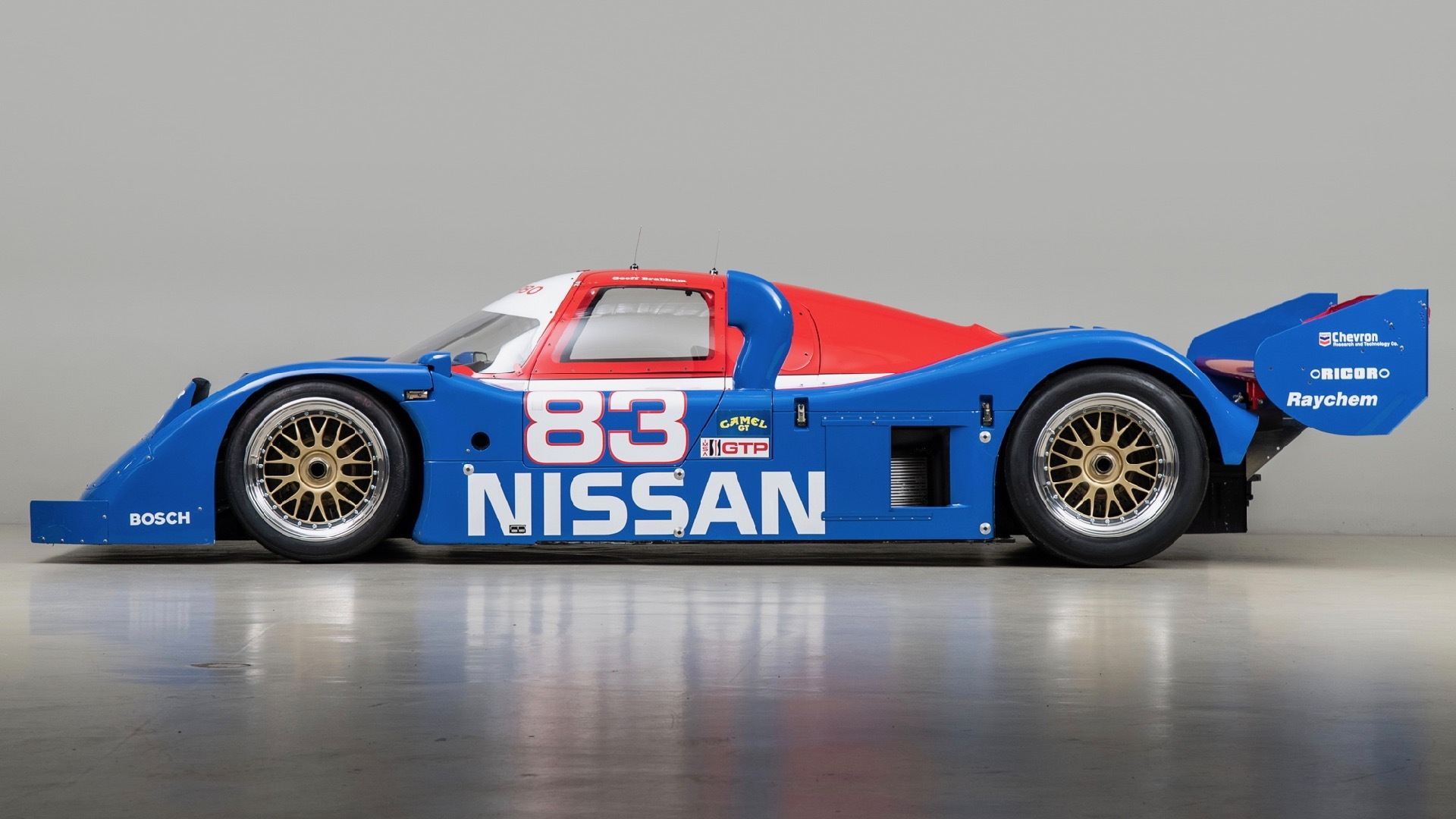 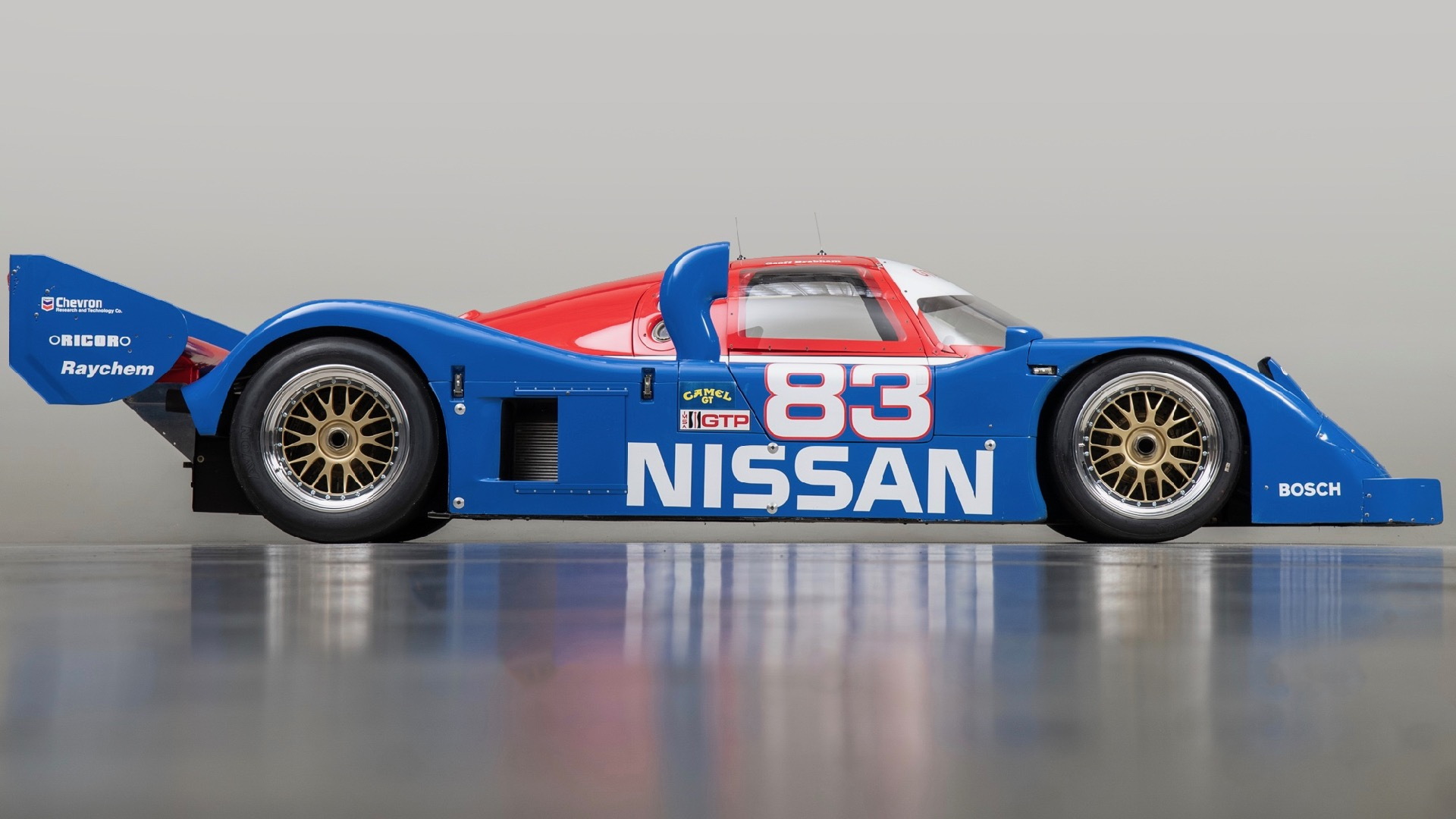 The IMSA GTP class produced some of the best racing to ever grace United States road courses. It featured powerful cars and fierce competition among many well-funded, factory-backed teams. This 1990 Nissan NPT-90 was one of the most formidable GTP cars in the class' later years.

Offered for sale by race-car restorer Canepa, this car is the first of six NPT-90 chassis built. The NPT-90 was the second-generation Nissan GTP car, and it benefited from much greater factory support than its predecessor.

Don Devendorf's Electramotive team raced the Nissan-powered GTP-ZXT from 1984 to 1990. Geoff Brabham won the 1988 driver's title in the GTP-ZXT, but lacked the funding to develop the car into a consistent race winner. With more direct involvement from Nissan, Electramotive was reorganized as Nissan Performance Technology Incorporated (NPTI). Nissan's largesse brought expanded engineering and fabrication facilities in Vista, California, at which legendary designer Trevor Harris created the new NPT-90.

Wearing the doorstop-like bodywork characteristic of prototype race cars of the time, the GTP-90 is powered by a mid-mounted twin-turbo 3.0-liter V-6 that makes more than 950 horsepower. That power is managed by a Hewland 5-speed manual transmission.

The car offered for sale—chassis 01—began racing in the middle of the 1990 season and continued through the end of 1992. The car racked up two wins, nine 2nd-place finishes, and five 3rd-place finishes during that time. It was driven by Brabham, along with Chip Robinson, Bob Earl, and Derek Daly, according to Canepa. Nissan won the IMSA constructors' championship in 1990 and 1991, losing out to Toyota in 1992. The GTP class was scrapped at the end of the following season.

Canepa claims chassis 01 is well preserved in its 1992 as-raced condition, with most of its original components.

The NPT-90 marked the high point for Nissan in prototype sports car racing. Multiple attempts to win the 24 Hours of Le Mans in 1990s failed, as did a later campaign in 2015 with the ill-fated GT-R LM NISMO.

Canepa doesn't list a price for this piece of racing history, but you can believe the buyer will pay handsomely for it.