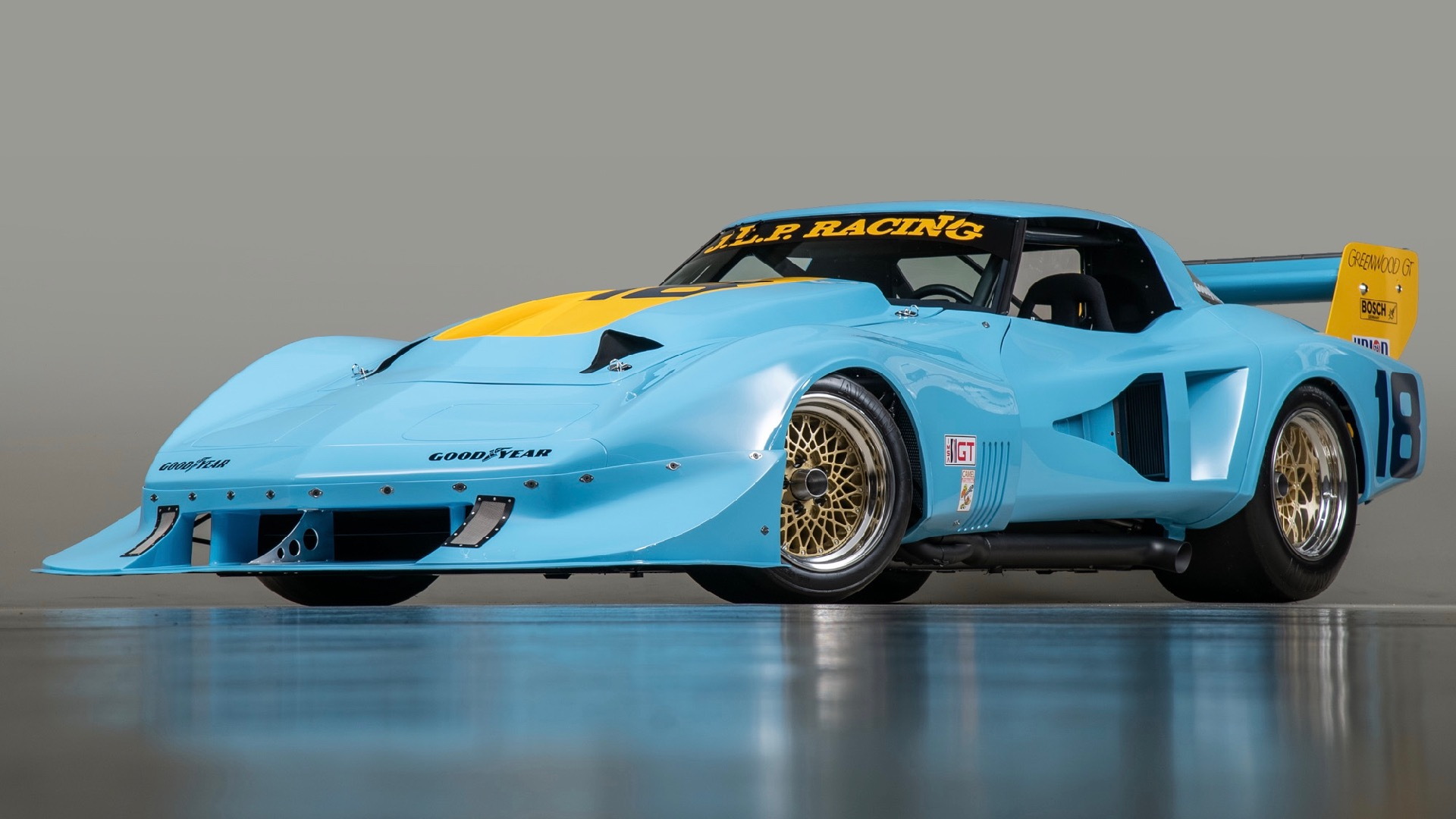 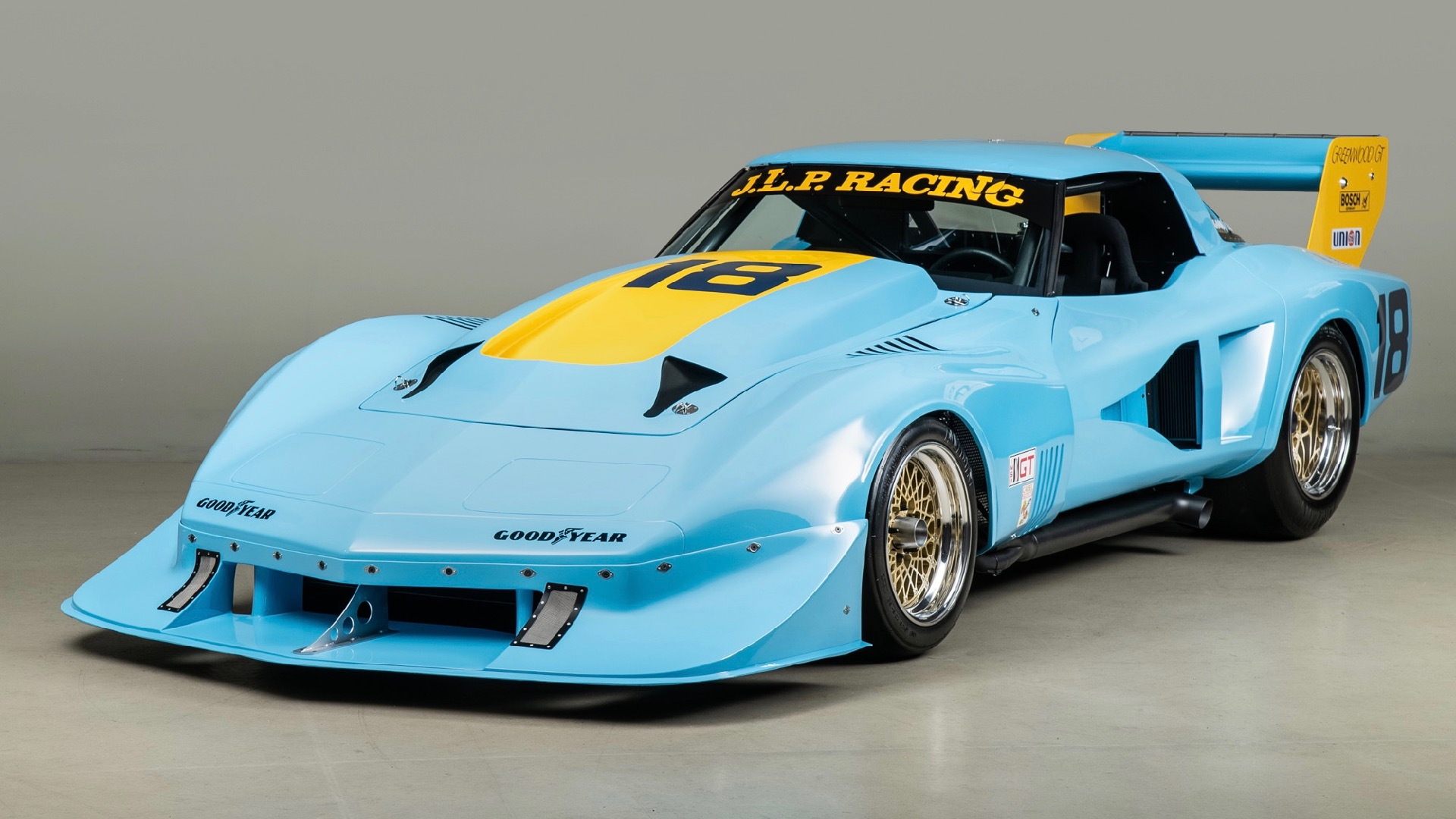 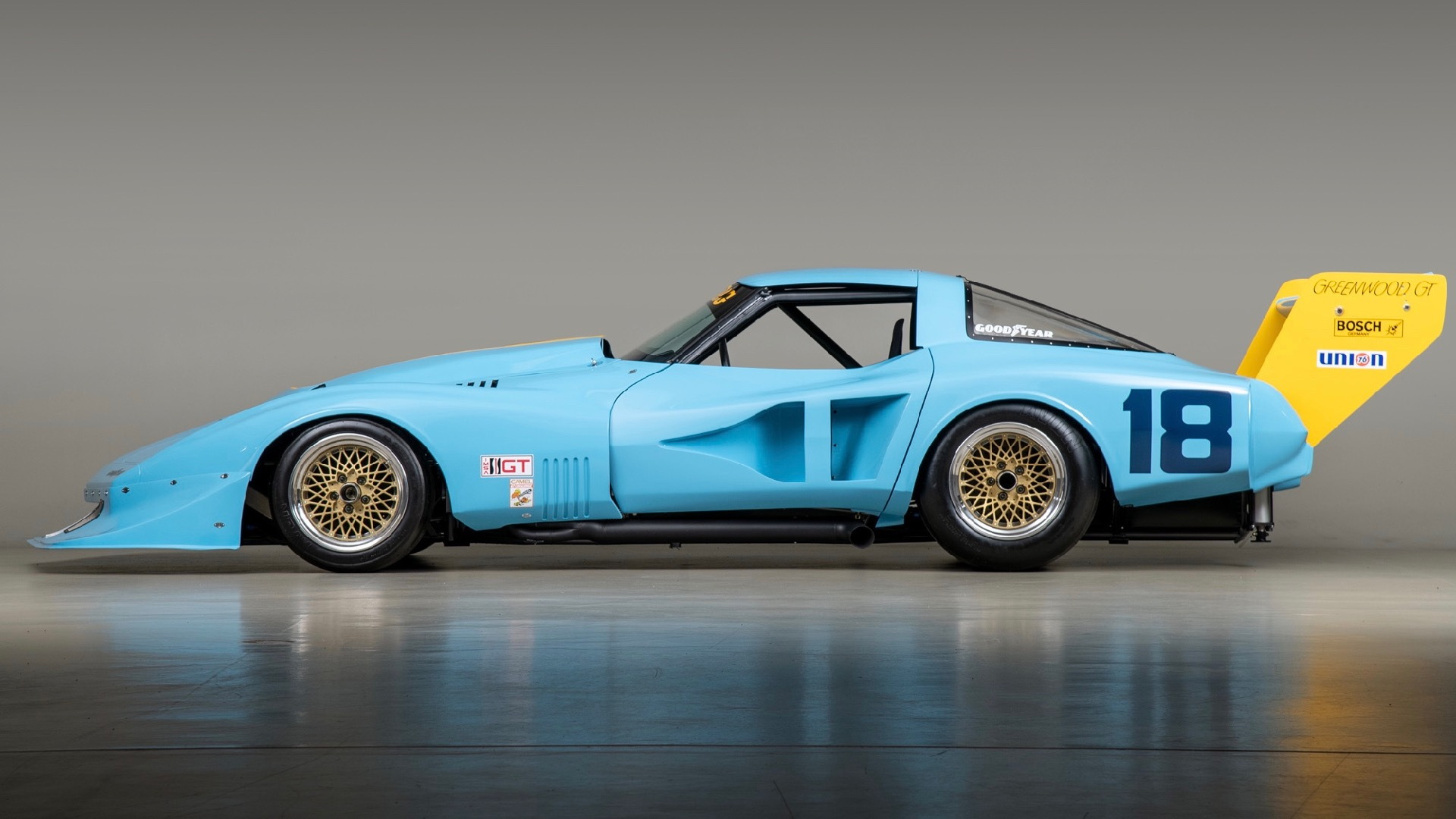 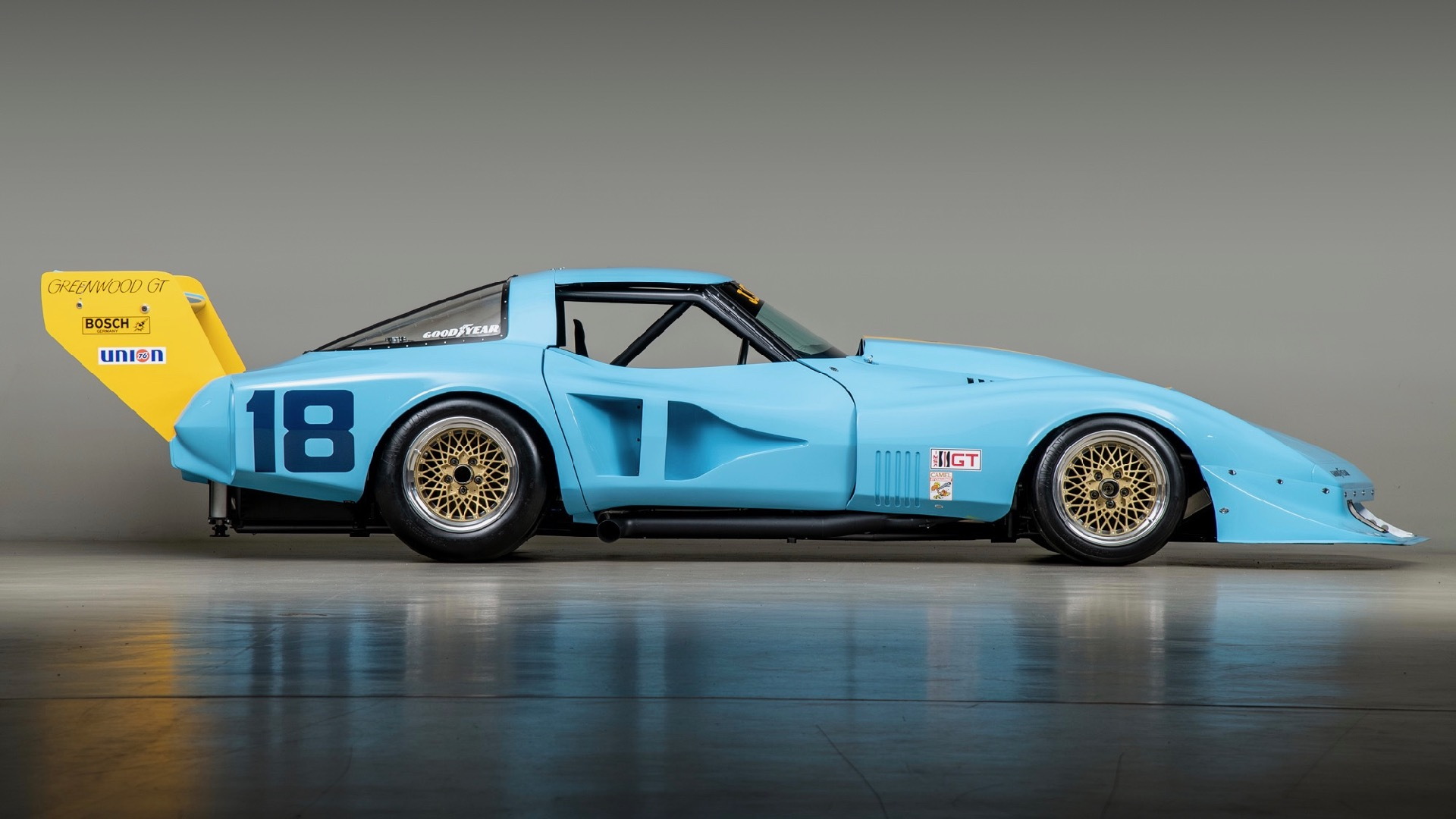 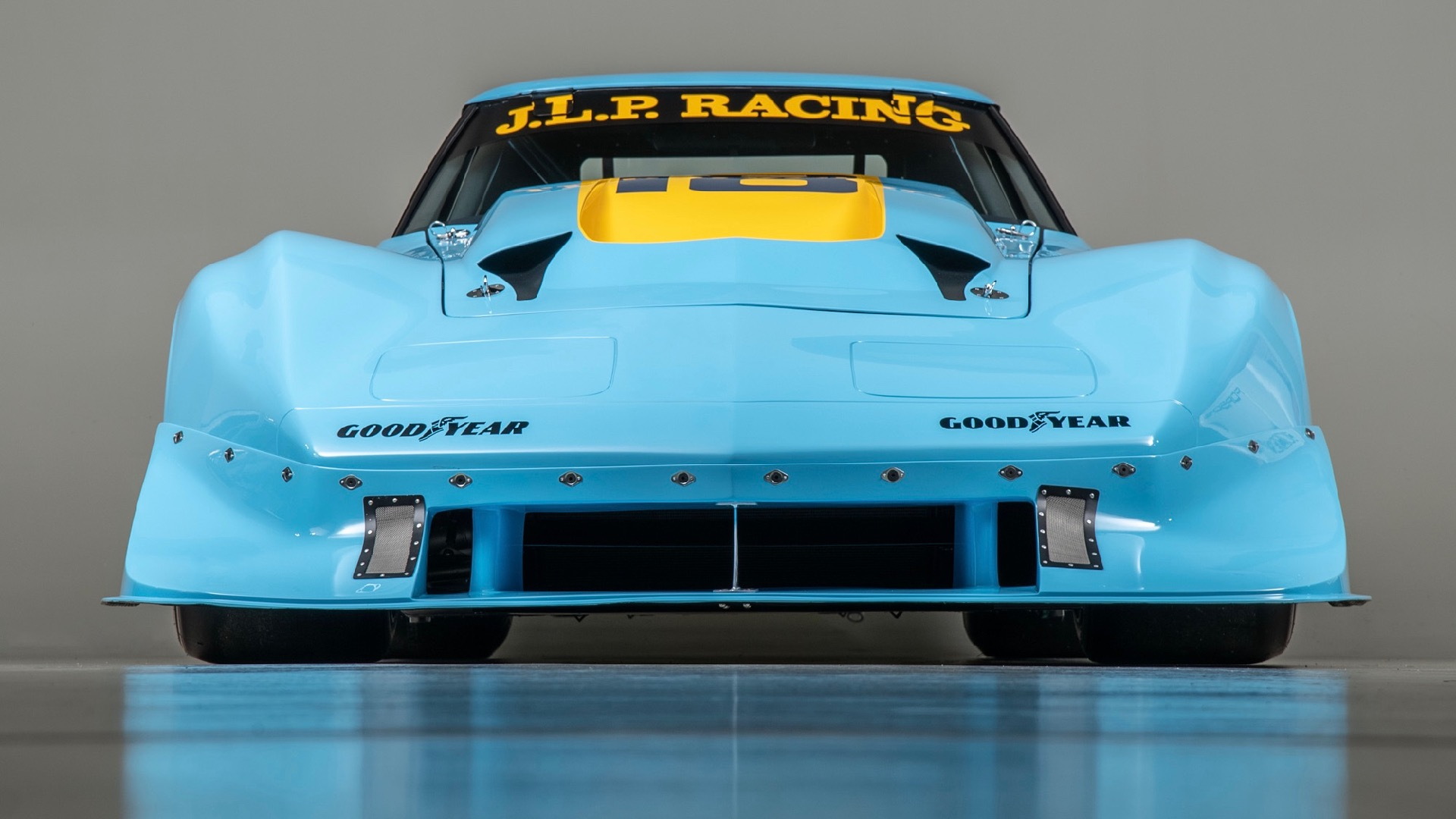 Some fans complain that race cars don't have much in common with road vehicles, but that wasn't a priority in the 1970s. Loose regulations in the period allowed teams to erase nearly all road-car DNA as they searched for greater performance. This 1977 Chevrolet Corvette, dubbed the "SuperVette," is an example of the era's excesses.

Offered for sale by noted Porsche 959 restorer Canepa, the SuperVette was built to take advantage of a rule change in IMSA road racing. In 1976, the sanctioning body allowed full tube-frame cars to compete in its top-level series. Corvette racer John Greenwood saw this as an opportunity to build a more competitive car, and teamed up with designer Bob Reilly to make a tube-frame Corvette. This Corvette—COV002—is one of two chassis completed in 1977.

This car has almost nothing in common with a stock 1977 Corvette, which is a good thing because Corvettes offered very little performance at the timie. Underneath the swollen bodywork is a chassis and roll cage made from 2.0-inch chrome-moly tubing. Its bulging hood hides an aluminum 500-cubic-inch big-block V-8, making more than 750 horsepower. It was built by Don Nichols, whose Shadow Racing team competed in Formula 1, Can-Am, and F5000. The engine is harnessed to a Jerico 4-speed manual transmission.

COV002 was bought by John Paul, Sr. for the 1978 season. Paul raced with his son, John Paul, Jr., and both were later convicted for running an illegal marijuana trafficking operation. It was a different time, for sure.

It was the elder Paul who specified the Nichols-built engine, rather than one built by Greenwood. In an effort to reduce drag, the car also got a narrower track and more aerodynamic bodywork than its sibling.

Paul raced the 'Vette during the 1978 IMSA season in the GTX class, primarily competing against Porsche 935s. The car earned two podiums that year. After that, it was sold but continued to race through the 1982 season. After retirement, the car changed hands a few more times before being bought by Canepa.

The Corvette has been restored to its 1978 racing specifications, and is currently eligible for to compete in vintage racing, according to Canepa. The seller didn't list a price, but we don't expect a car with this pedigree to sell cheap.