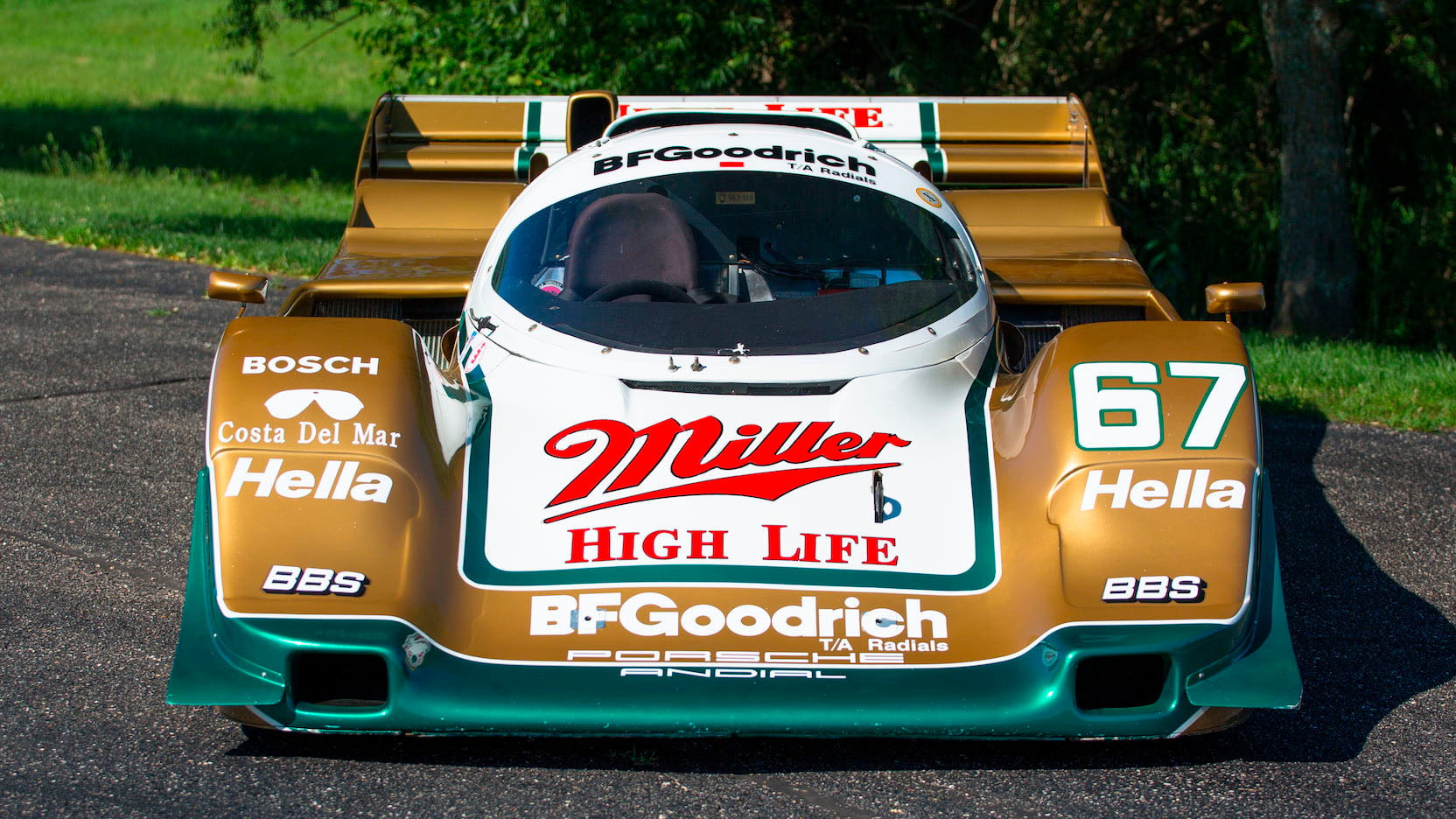 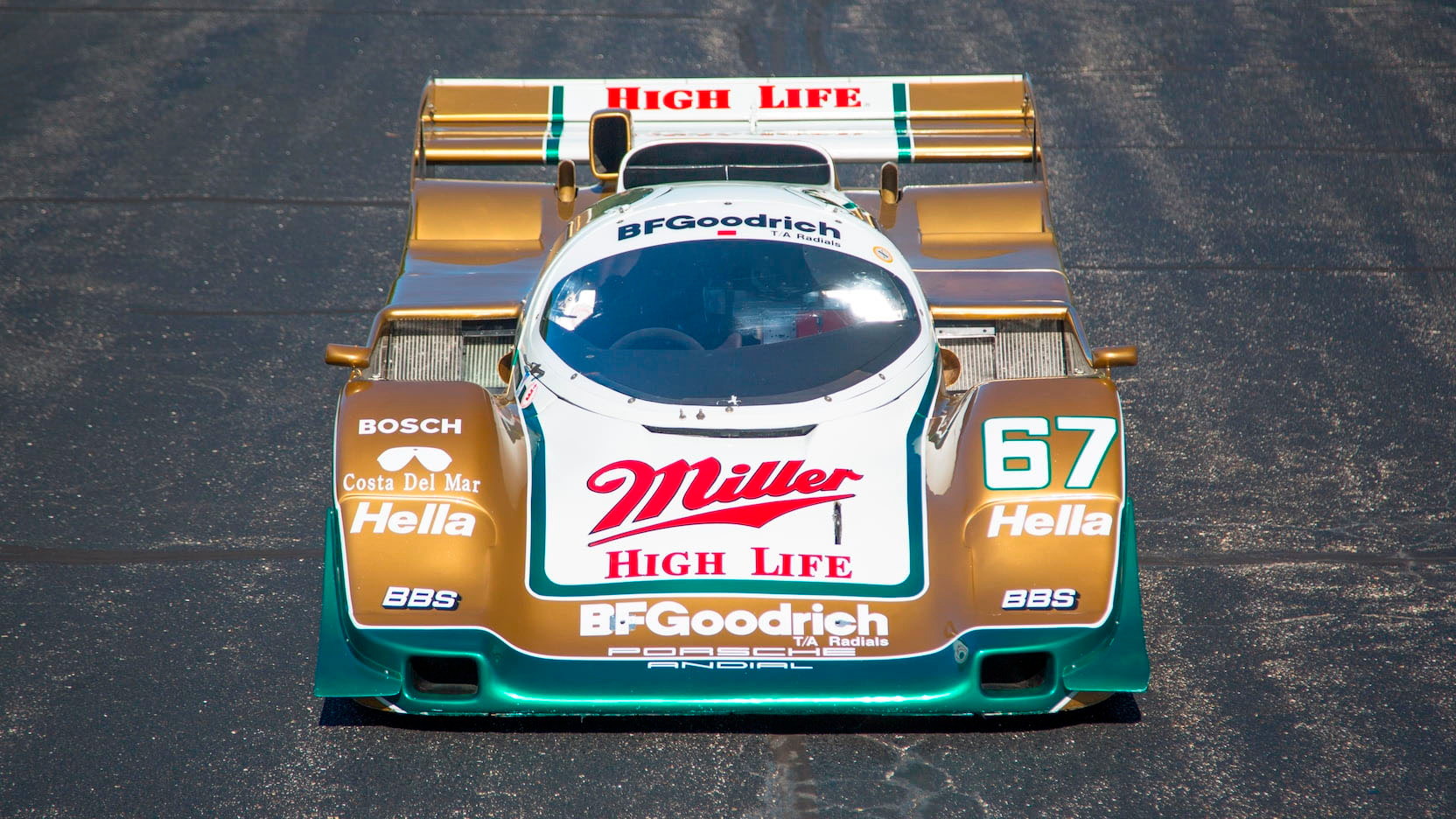 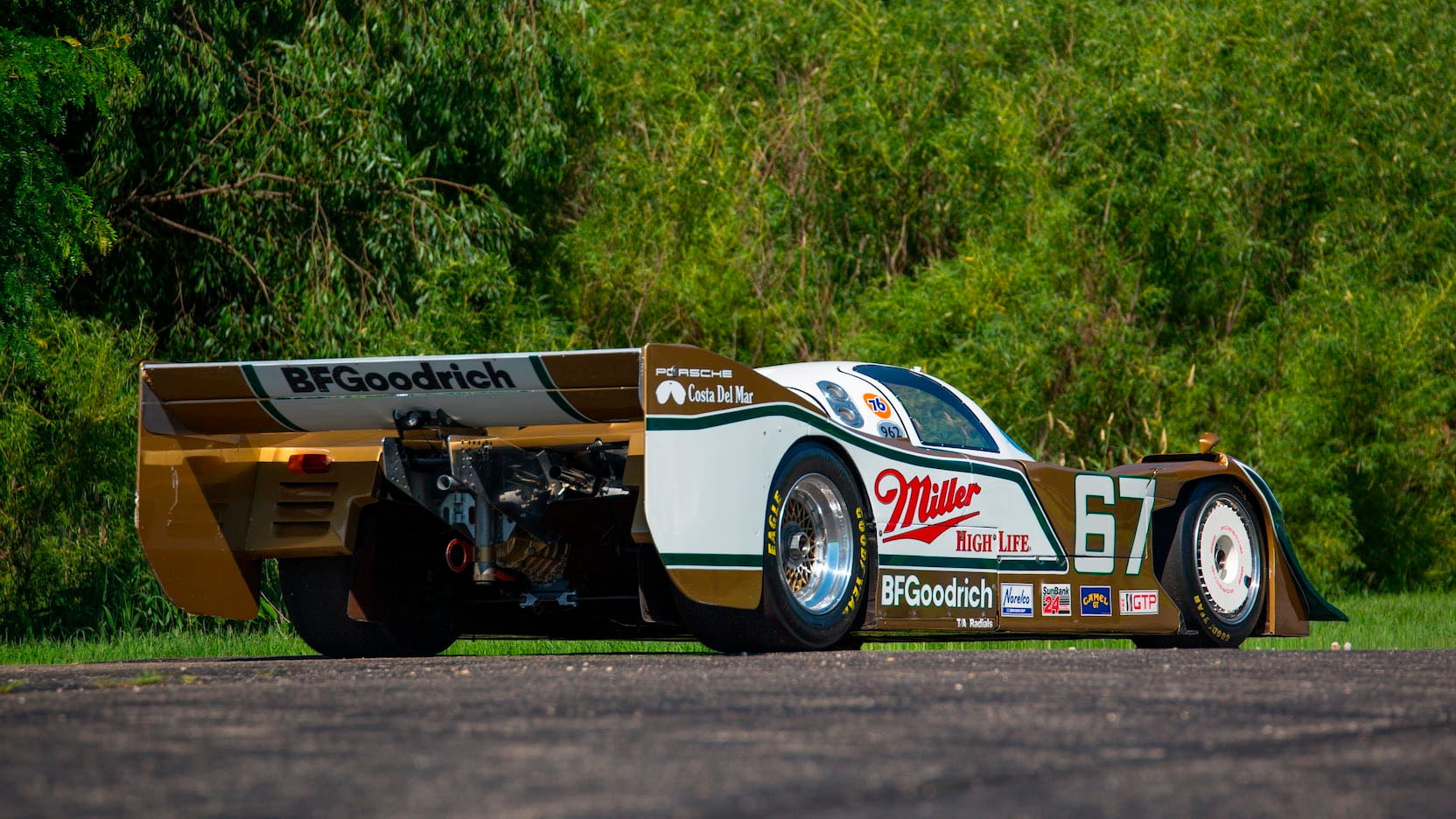 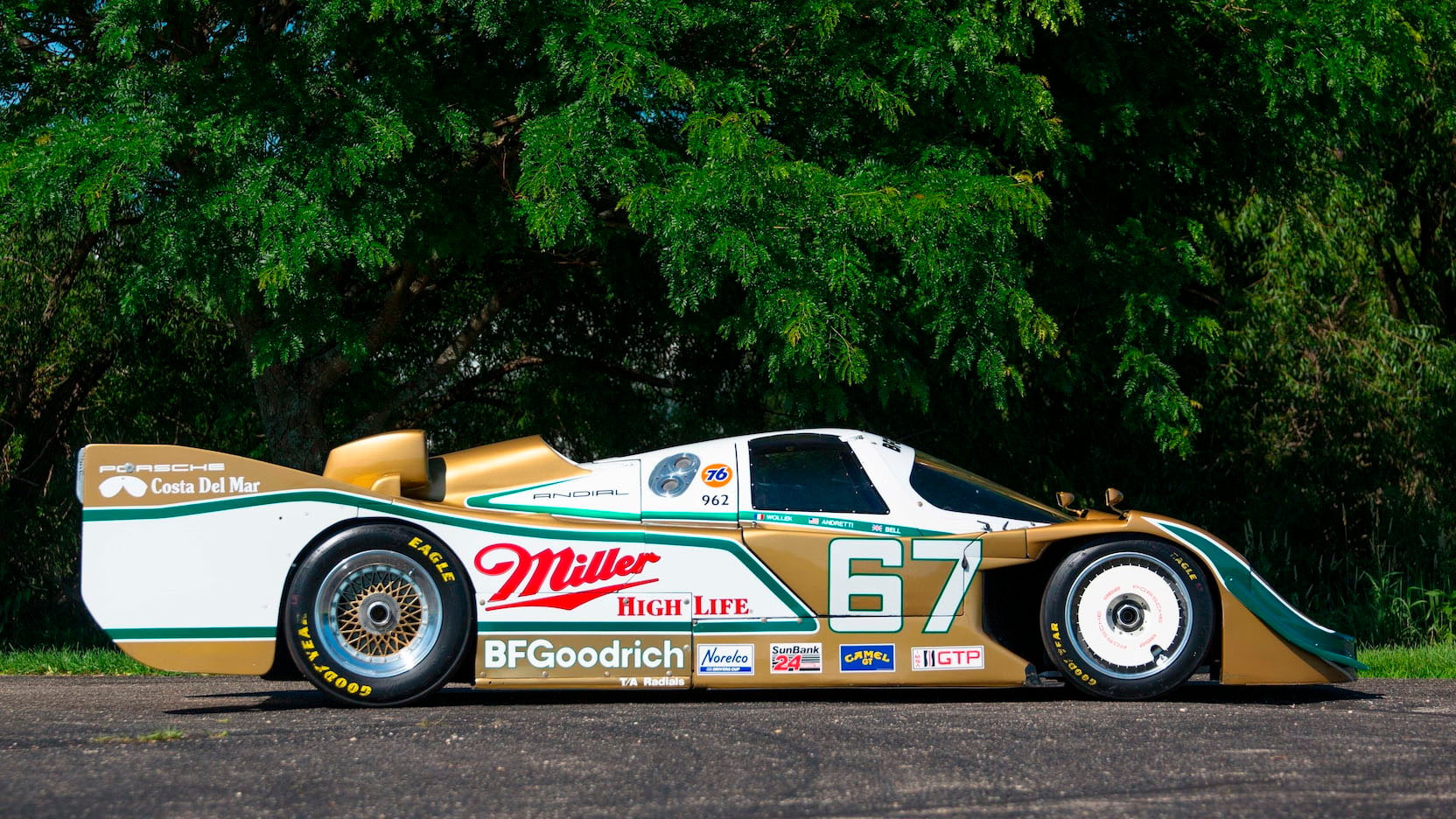 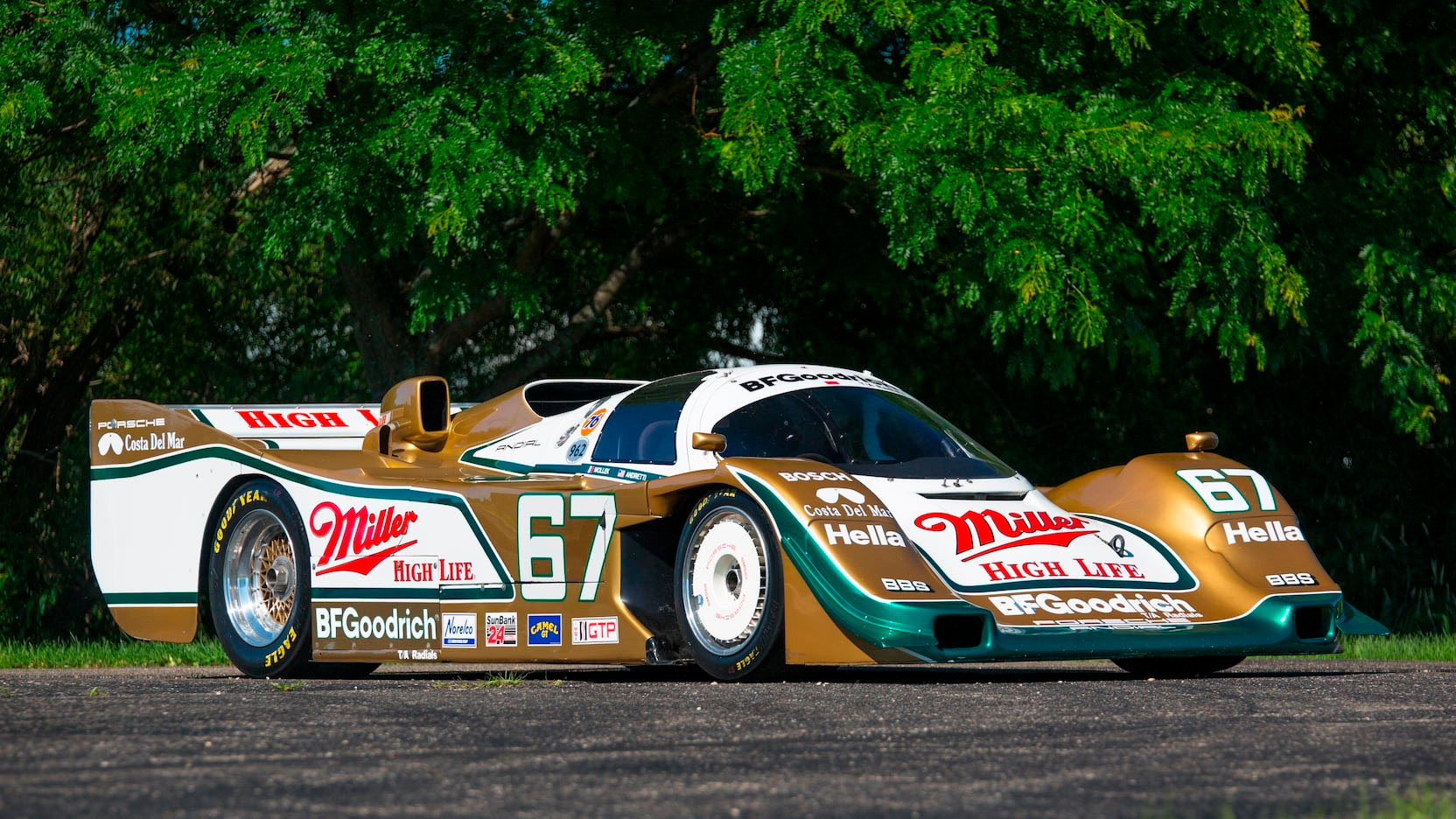 Someone out there with heaps of cash will be able to add one amazing Porsche to their collection. Famed racing driver Derek Bell calls it his favorite race car, and soon it's coming up for auction. It's the 1989 Porsche 962 that won at Daytona, and it will be auctioned off at the upcoming Mecum event during Monterey Car Week.

We just call it a 962 but Porsche fanatics know it better as chassis 108C-2. Built by the German automaker to compete in IMSA GTP and Group C racing, the 962 is part of a group of monster machines with tremendous turbocharged power that was capable of incredibly high speeds on racetracks around the world. It was also devoted to winning races, including top showings at Le Mans, in Japan, and, of course, at the 24 Hours of Daytona.

The car to be auctioned is the one that Derek Bell and his team drove to victory at the 1989 running of the 24 Hours of Daytona. In fact, of all the 962 race cars built, chassis 108C-2 is believed to be the fastest of them all. Derek Bell called it his favorite car to drive because it was set up and built so well.

The 962 utilized a flat-6 cylinder engine aided by a pair of turbochargers to produce in the neighborhood of 750-830 horsepower. Raced by Busby Racing, the team received tremendous help from Ed Pink who was a drag racing legend and friend of the team. Through Pink, Busby Racing was able to extract an additional 80 horsepower from the engine over the factory spec. That's how it earned the right to be called the fastest of all the 962s.

This will be an interesting auction to watch, as Porsche race cars don't always draw the cash of other vintage race cars. While the Porsche road car market is still quite strong, there have been some recent signs of slowing there. If this 962 doesn't sell, perhaps it could be a sign that the road cars will further flatten out as well.

Regardless of that market, this car could easily stand on its own based on its racing merit and history.

Watch for this car to cross the block at the Mecum Monterey auction to be held August 23-25.