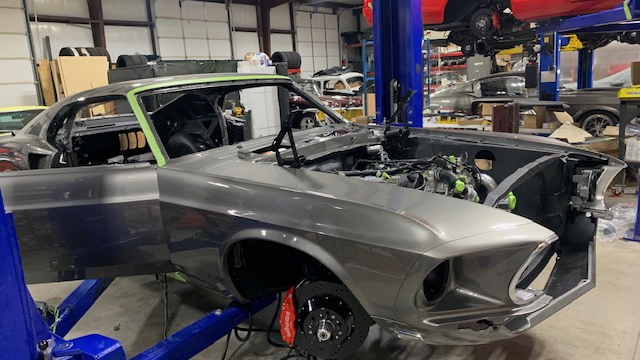 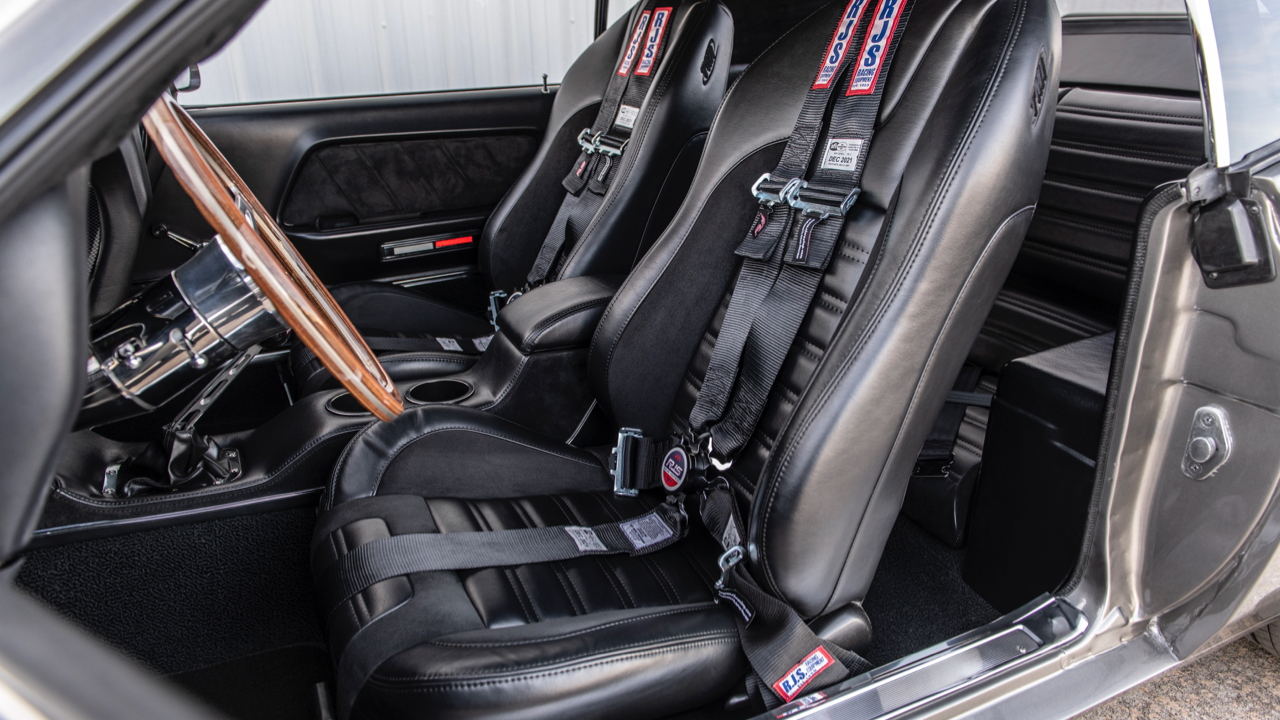 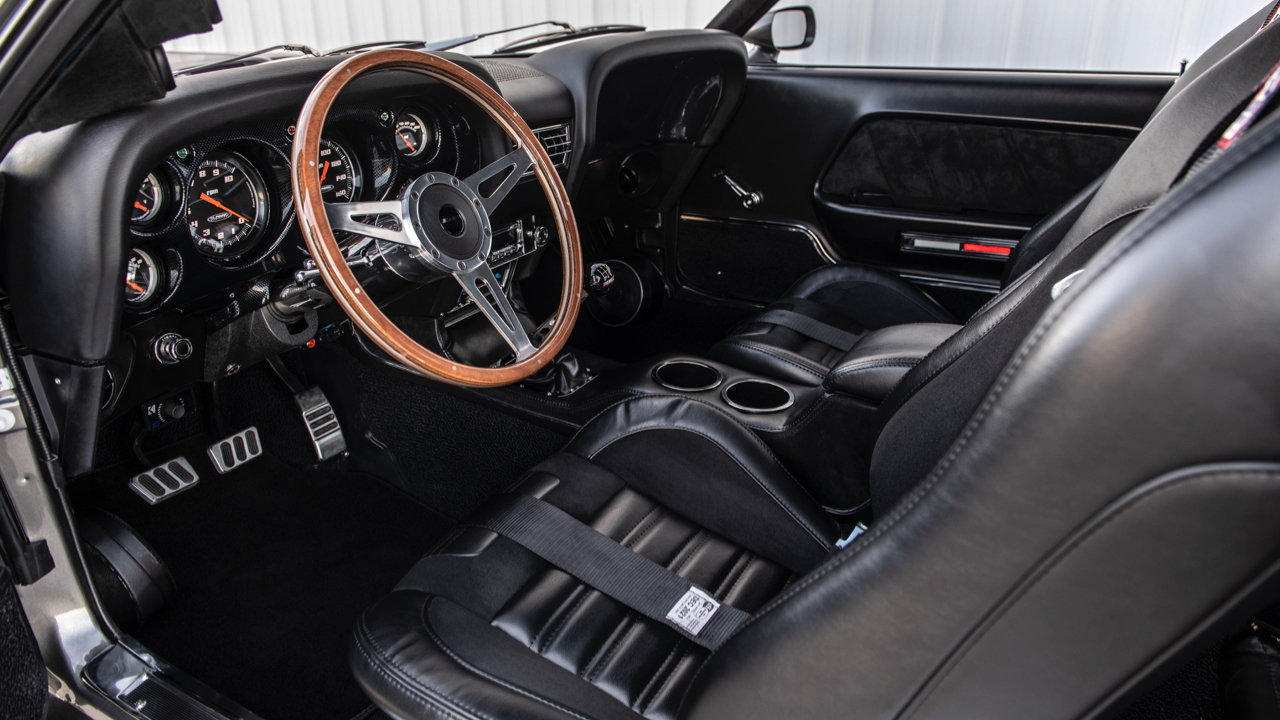 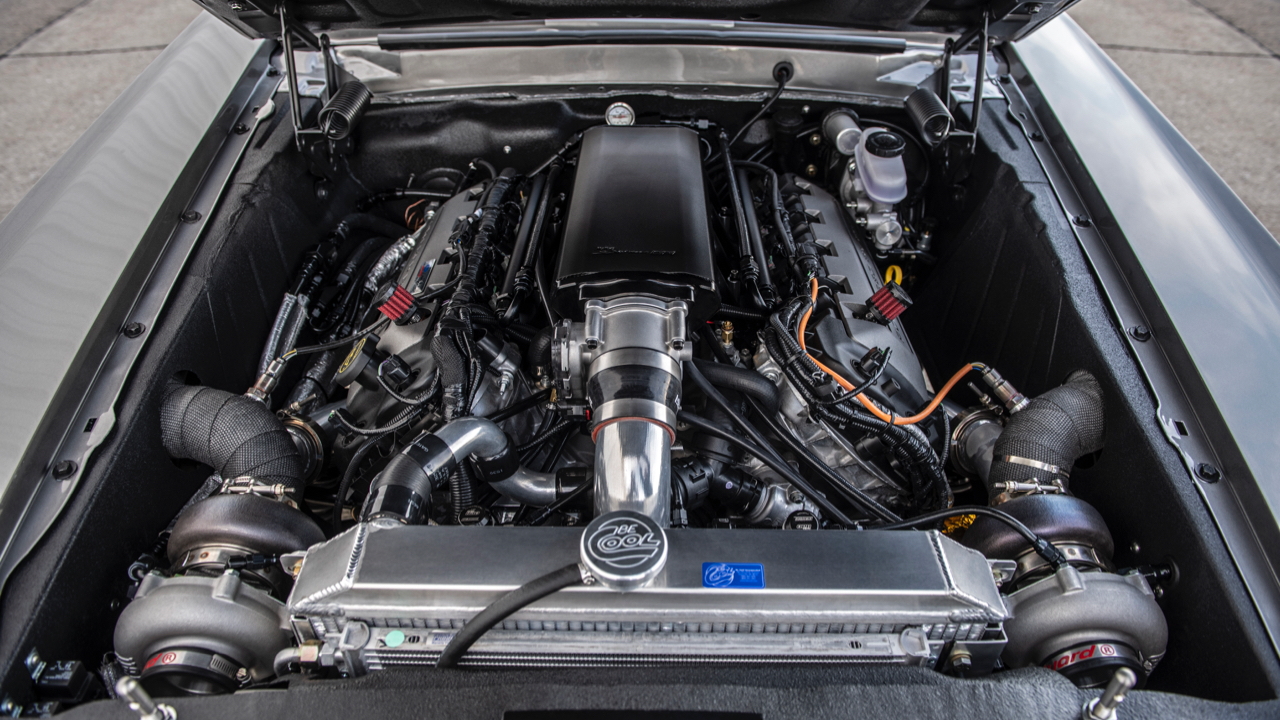 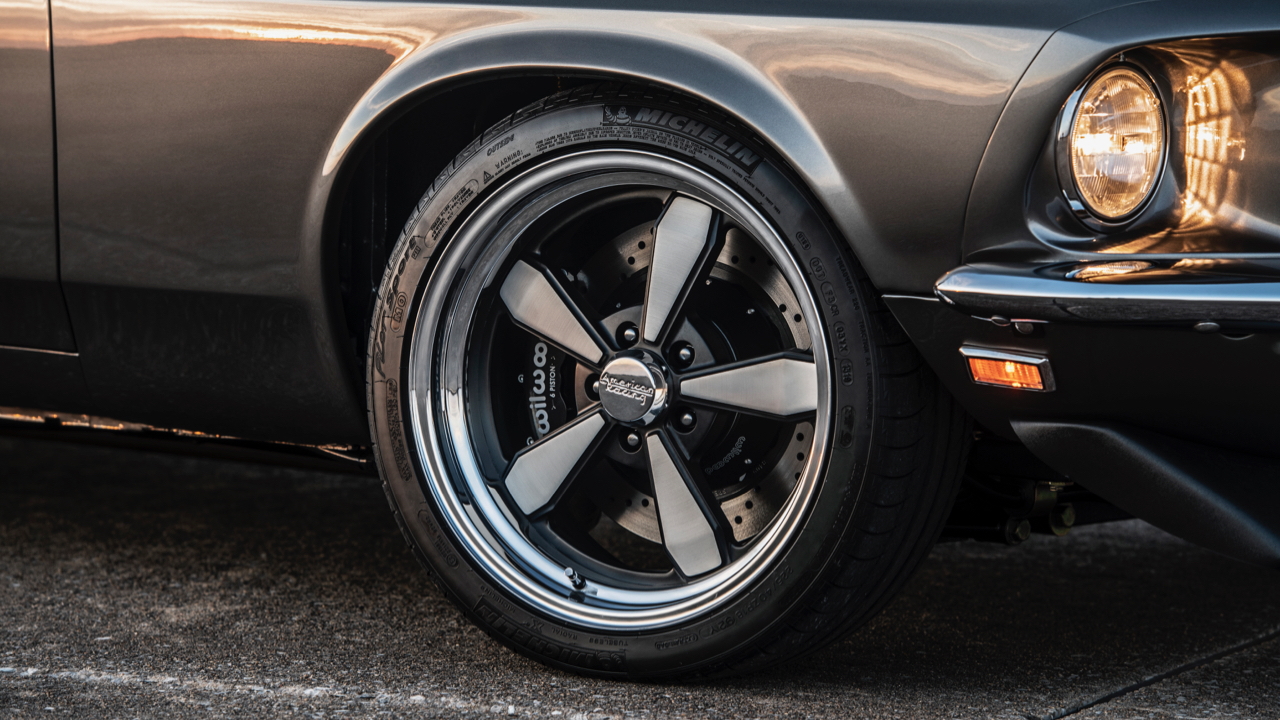 But that was then and this is now, and while you might still like the look of that vintage fastback Mustang, even 335 horsepower just doesn’t cut it.

There are, however, folks out there eager to provide you with the vintage look but with modern technology, folks such as Classic Recreations of Yukon, Oklahoma, which recently completed the custom build if the “Hitman” 1969 Mustang Mach 1 for a customer.

Classic Recreations is licensed by Ford to produce re-creations and continuation cars, and it’s turn-key 1969 or 1970 Mustang Mach 1 build, using either a vintage body or a new reproduction and fuel-injected Ford crate engine, starts at $169,000.

That may be the starting point, but the customer who had the company build “Hitman” wanted something even more special, which explains such things as the twin-turbocharged Ford Coyote V8 that produces 1,000 horsepower.

The power moves to the pavement through a Tremec 6-speed manual transmission to a 9-inch rear with Posi-Traction. While the sheetmetal is vintage 1969, the car features coilover front and rear suspension, rack-and-pinion steering, 6-piston Wilwood brakes, 18-inch American Racing Wheels and Michelin Pilot Sport tires.

Inside the air-conditioned cockpit is a modern audio system, 5-point restraints and roll bar.

“The Classic Recreations Mustang Mach 1 is a bespoke vehicle, custom-built to its owner’s wishes,” Classic Recreations notes in its news release about ‘Hitman.’ Whether a Mach 1 leaves the shop as a period-correct re-creation or as a resto-mod loosely based on the original car, the final product is fully dependent on the customer’s desire.”