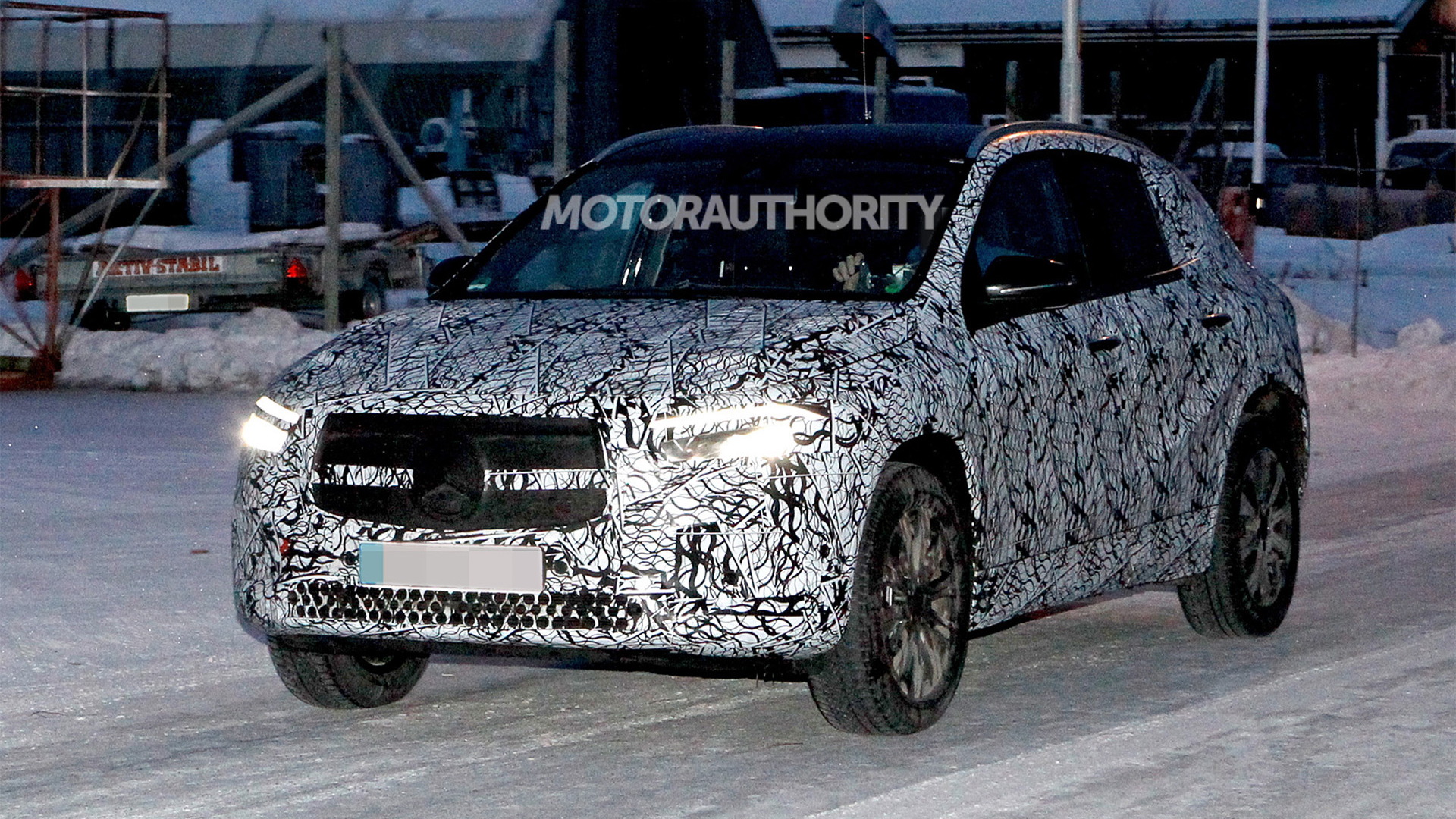 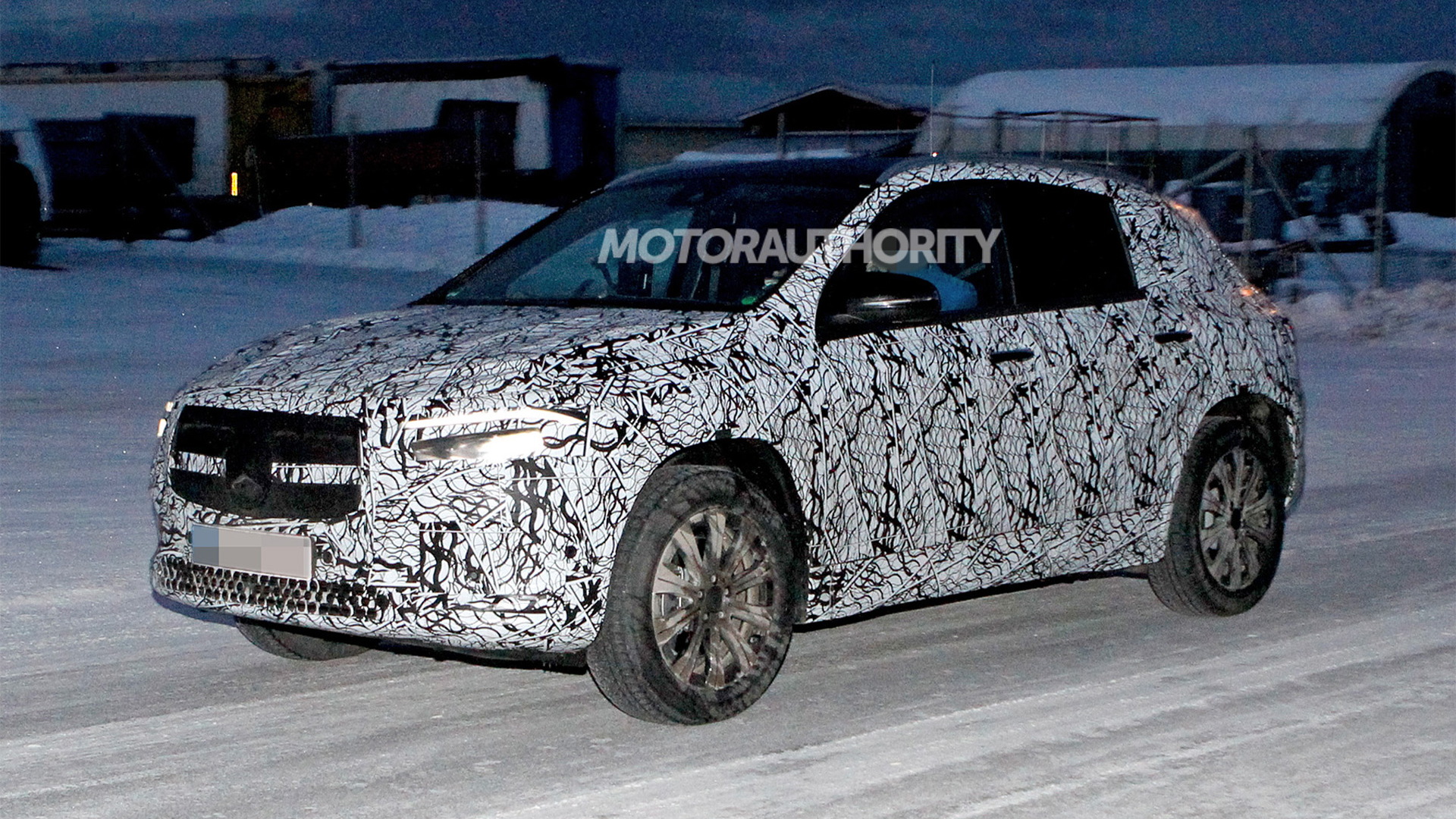 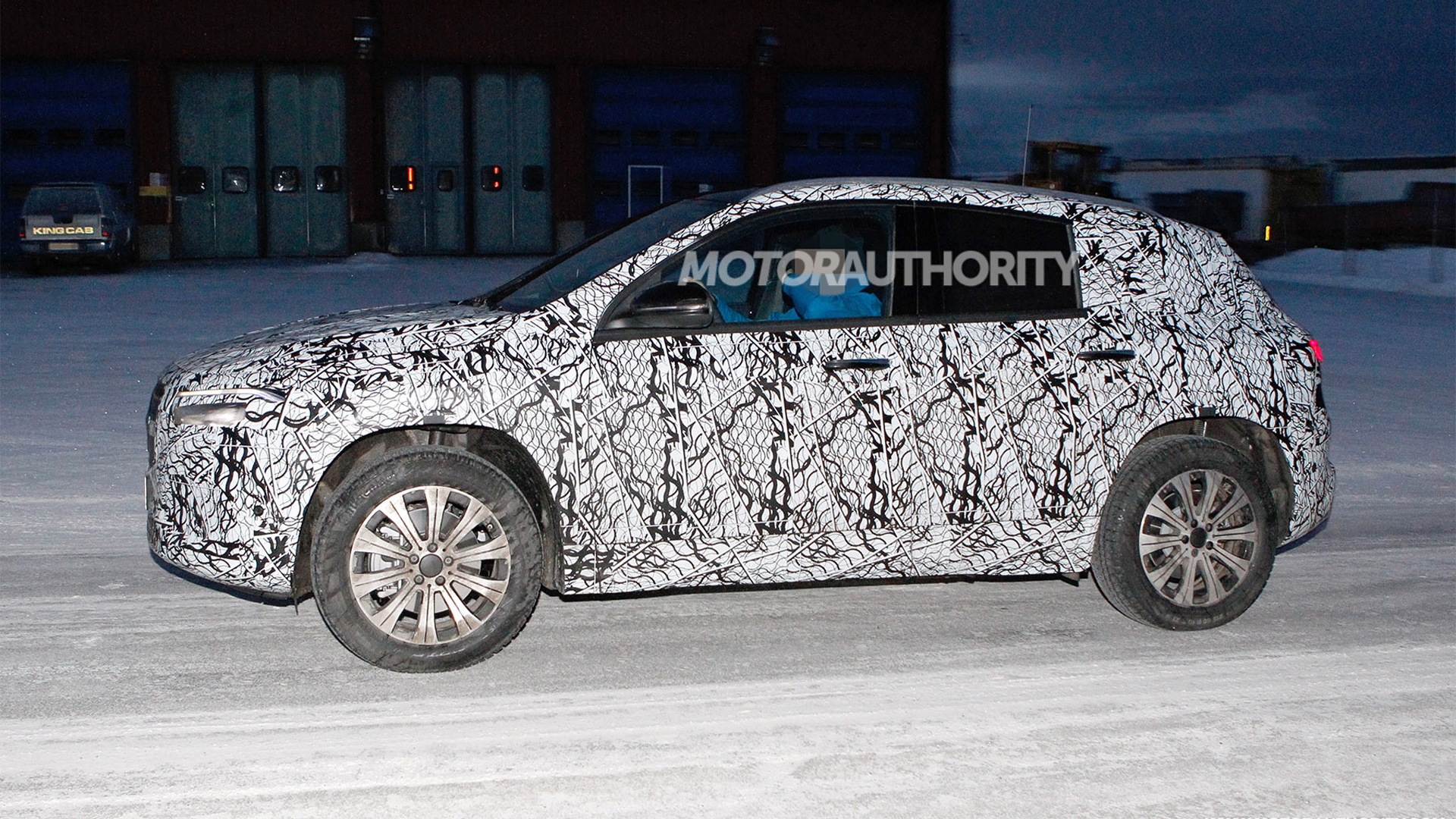 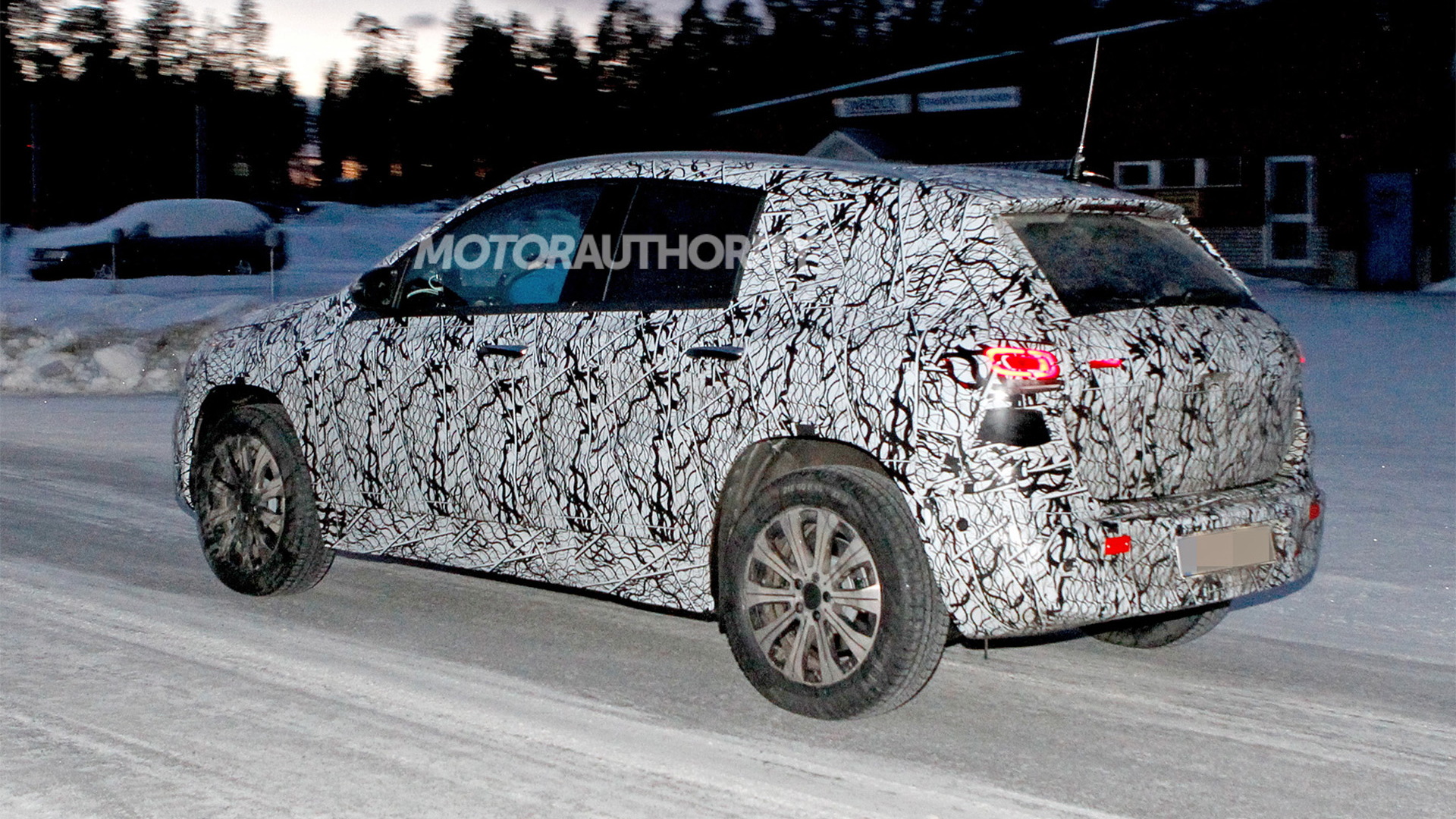 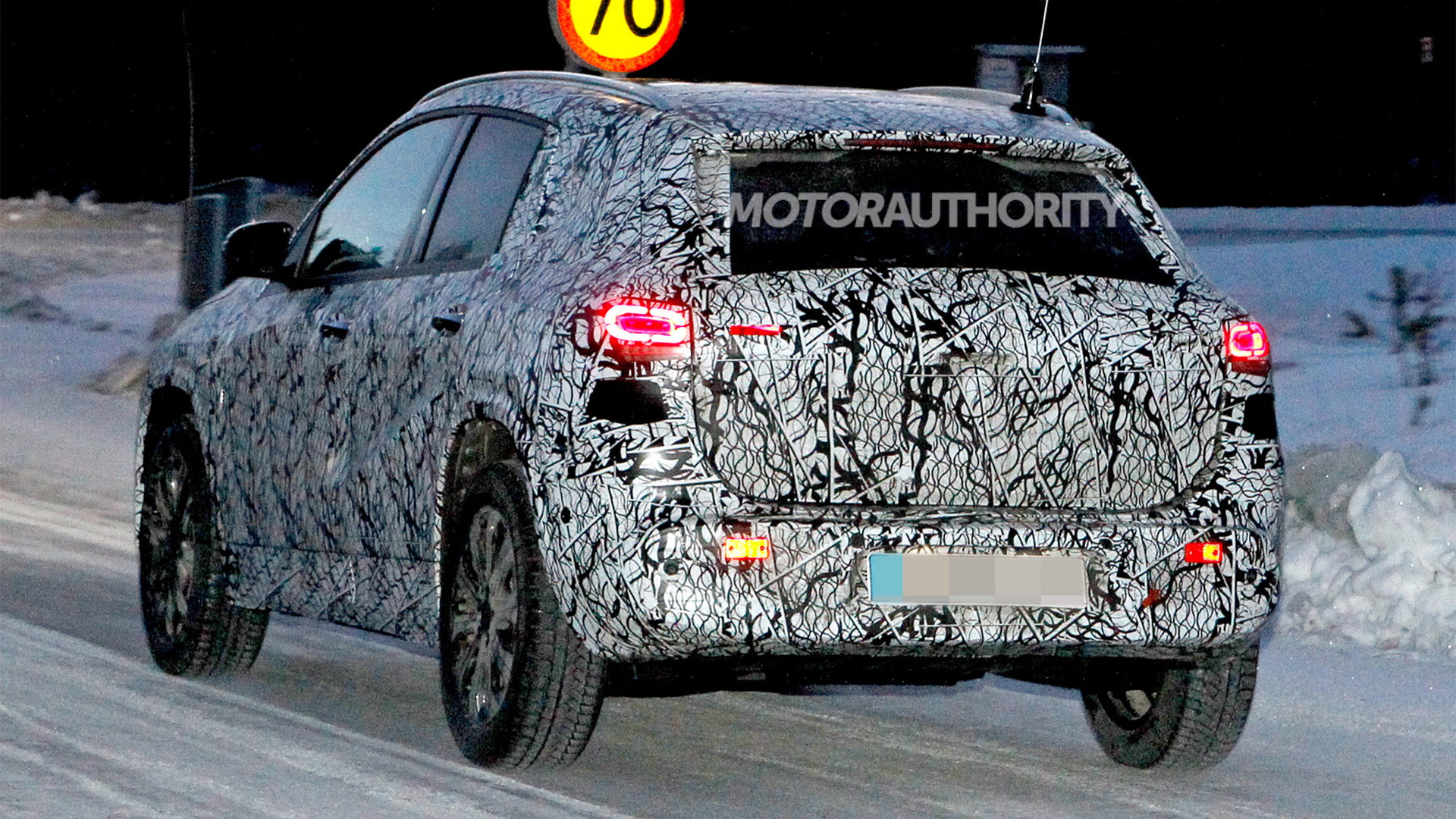 A battery-electric version of the second-generation Mercedes-Benz GLA has been spotted in prototype form for the first time.

To be called the EQA, the electric compact crossover SUV is expected to debut in late 2020, which means we should see it arrive as a 2021 model. The GLA on which it is based also arrives as a 2021 model.

Availability of the EQA in the United States is yet to be announced, though we know a slightly larger EQB based on the GLB compact crossover is coming here. The EQB is confirmed for an arrival in 2020.

The EQA was originally going to be based on Mercedes' A-Class hatchback. Mercedes even previewed an electric hatch in 2017 with the Concept EQA. However, shifting consumer trends toward crossovers persuaded Mercedes to use the GLA as the basis for the production EQA.

Although the prototype looks like the regular GLA, the sealed-off grille and lack of exhaust pipes confirm it as an EV. You can also see a Tesla Model 3 being used for benchmarking purposes in one of the shots.

As for the powertrain, expect an electric motor at each axle and around 60 kilowatt-hours of battery capacity for more than 200 miles of range initially. More powertrain options could be added down the line. Trademark filings made by Mercedes with the United States Patent and Trademark Office hint at EQA200, EQA250, EQA320, EQA350 and EQA360 grades.

Many automakers in the luxury space are working on electric compact crossovers. Volvo in October launched the XC40 Recharge and Lexus the following month launched an electric version of its UX for the Chinese market. France's DS has also just introduced the DS 3 Crossback E-Tense. Soon we'll be able to add Mercedes' EQA and EQB to the list.