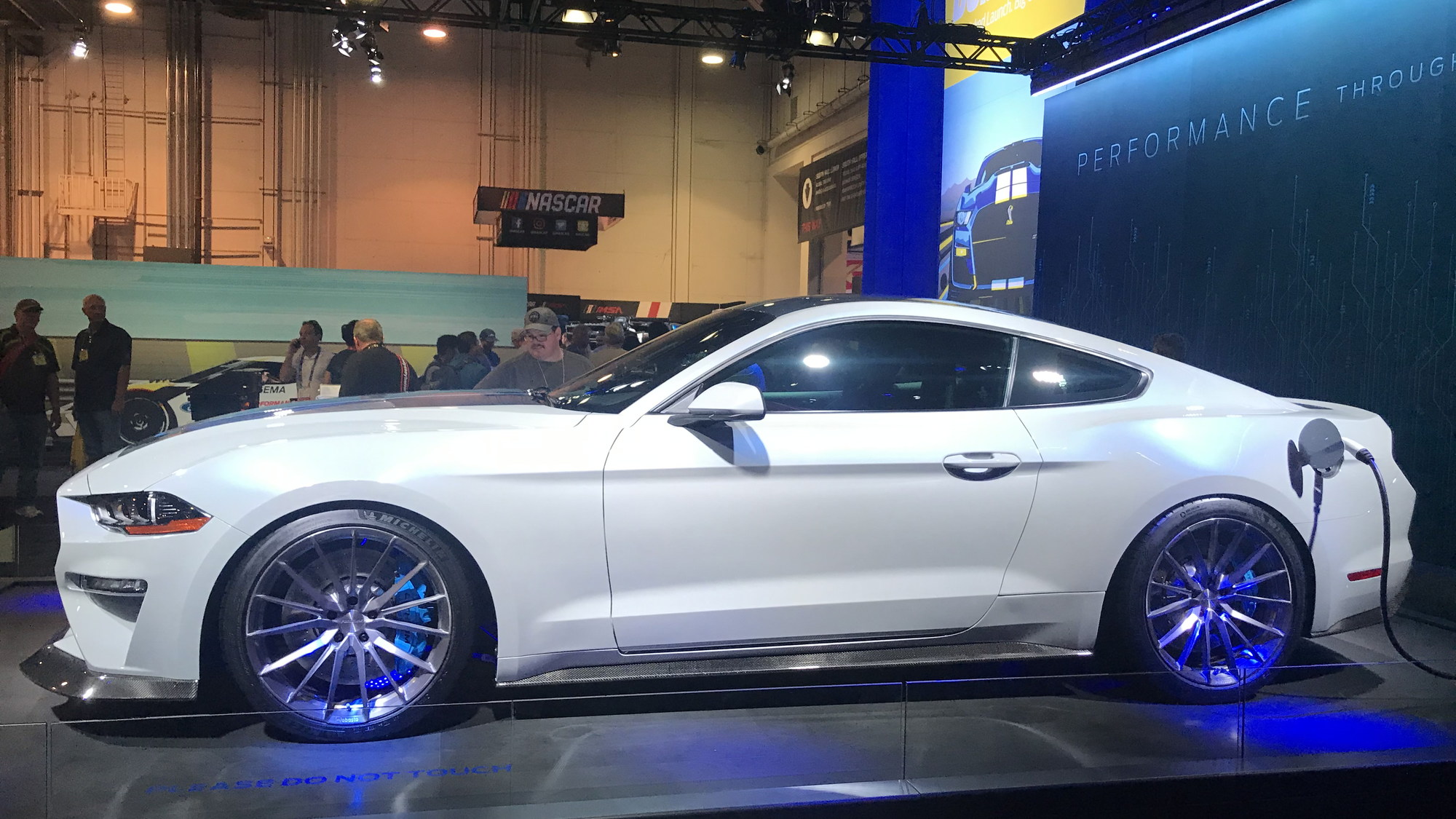 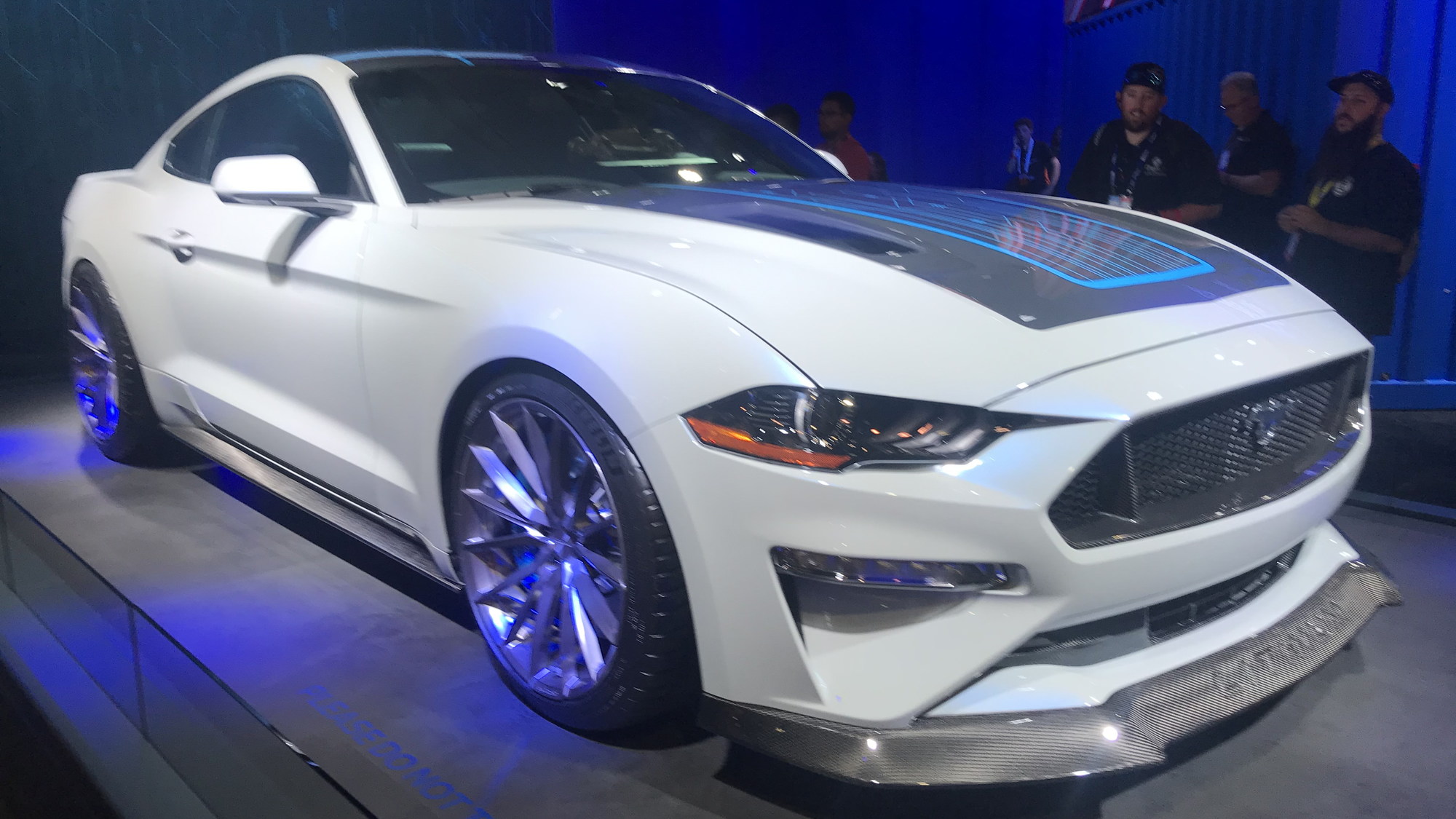 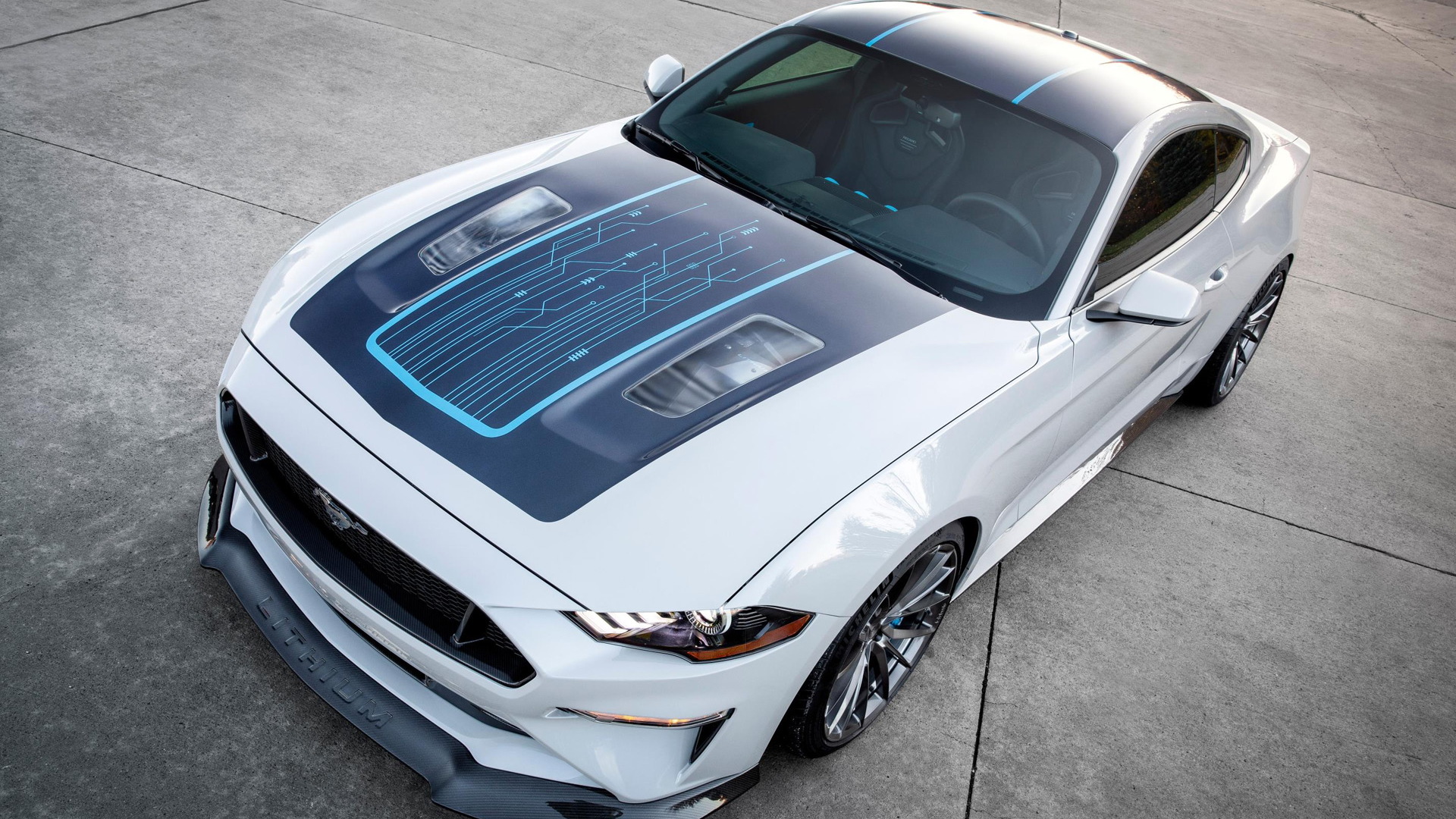 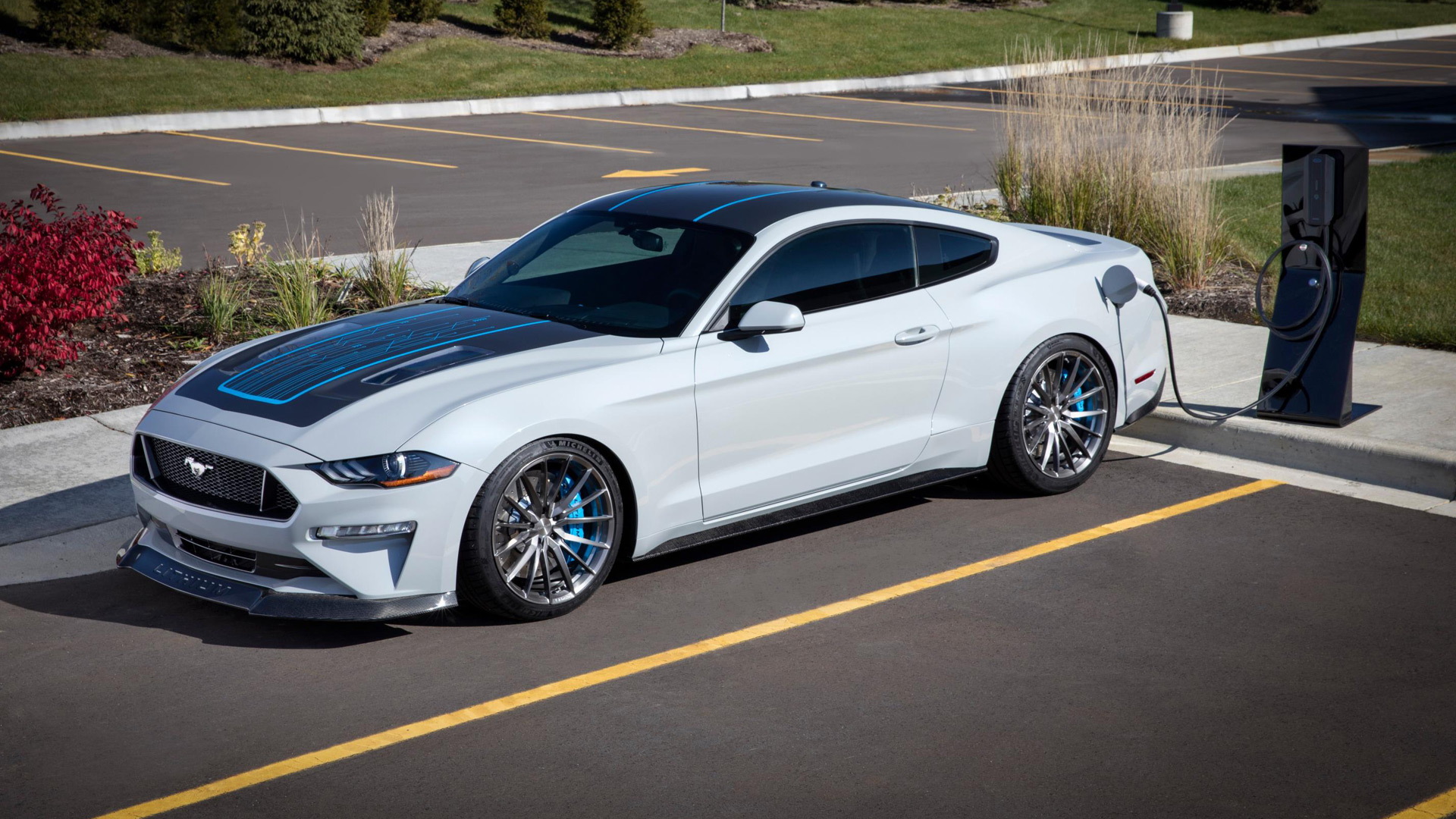 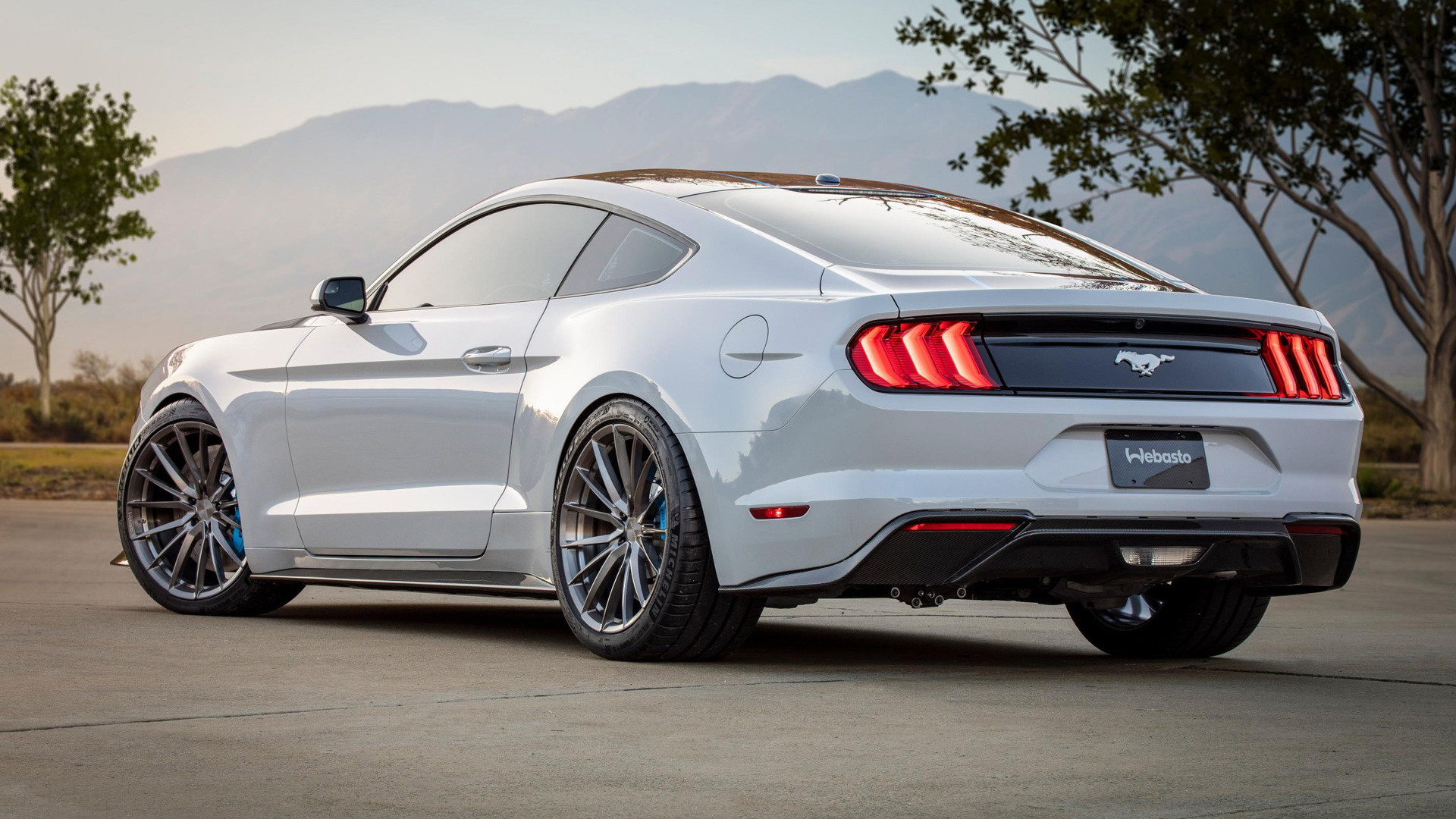 Ford shocked (pun intended) audiences at the SEMA show in Las Vegas on Tuesday with the unveiling of the electric Mustang Lithium.

Developed in partnership with German engineering outfit Webasto, the car is a one-off prototype built to demonstrate the potential of electrification in a package familiar to performance fans.

“This one-off Mustang prototype is a great opportunity for us, together with Webasto, to showcase to our customers what a new electrified powertrains can do for performance in a car they already know and love,” said Hau Thai-Tang, Ford’s product chief.

Recall, a Mustang Hybrid is due in 2020 and it's conceivable that a battery-electric Mustang similar to the Mustang Lithium will eventuate at some point. That might be anathema for V-8 lovers but a rundown of the Mustang Lithium's specs should appeal to even those fans able to identify an engine just by the sound it makes.

Drive comes from a single motor rated at 900 horsepower and 1,000 pound-feet of torque, which makes the Mustang Lithium considerably more powerful than the Chevrolet eCOPO Camaro drag racing prototype unveiled at last year's SEMA show, which made 700 hp and 600 lb-ft.

Powering the electric motor in the Mustang Lithium is an 800-volt battery developed by Webasto and capable of discharging a megawatt of energy. But where the vehicle really stands apart is the choice of transmission: a 6-speed, 3-pedal manual reinforced with billet internals to handle the torque dished out by the electric motor. Ford Performance half shafts and a Super 8.8 Torsen differential were also added to help get the power to the ground. The final bit of the equation is a set of 20-inch forged wheels wrapped in Michelin Pilot Sport 4S tires.

To counter for the weight of the battery, Ford added some carbon fiber body panels. The suspension was also tuned to suit the specific weight distribution of the electric powertrain. Sadly, there are no performance numbers quoted but you can bet the vehicle is quick down the strip and around the track.

Ford plans to use the prototype as a testbed for battery and thermal management technologies the automaker is developing with Webasto for future products. Ford will launch at least 16 EVs in the next five years, the first of which will be the Mustang-inspired SUV due in 2020.