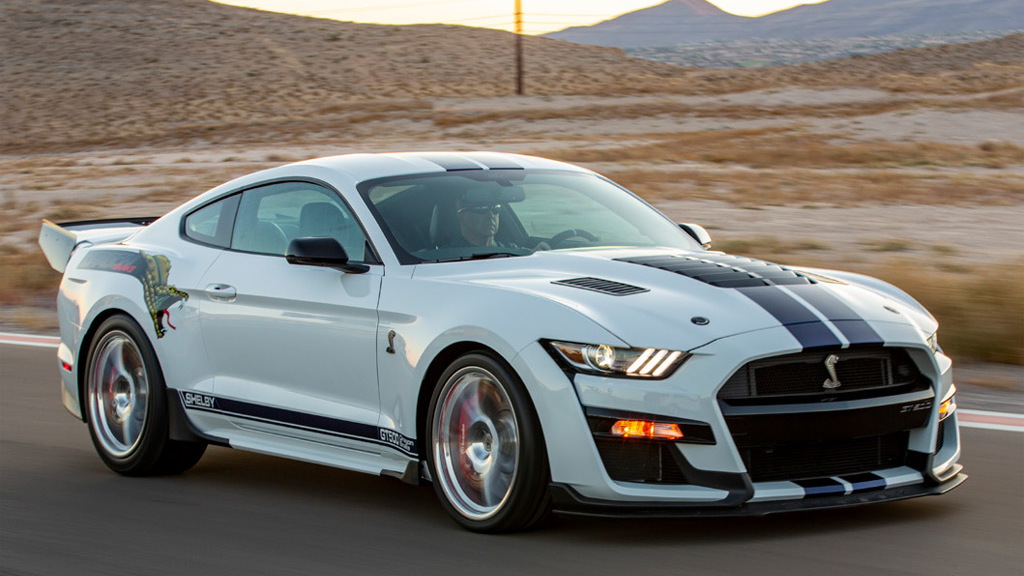 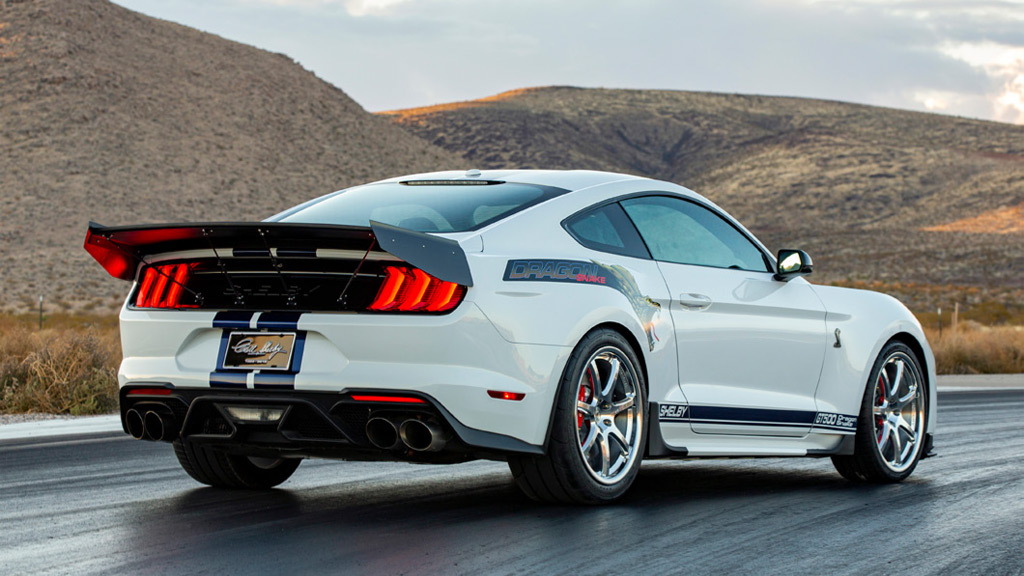 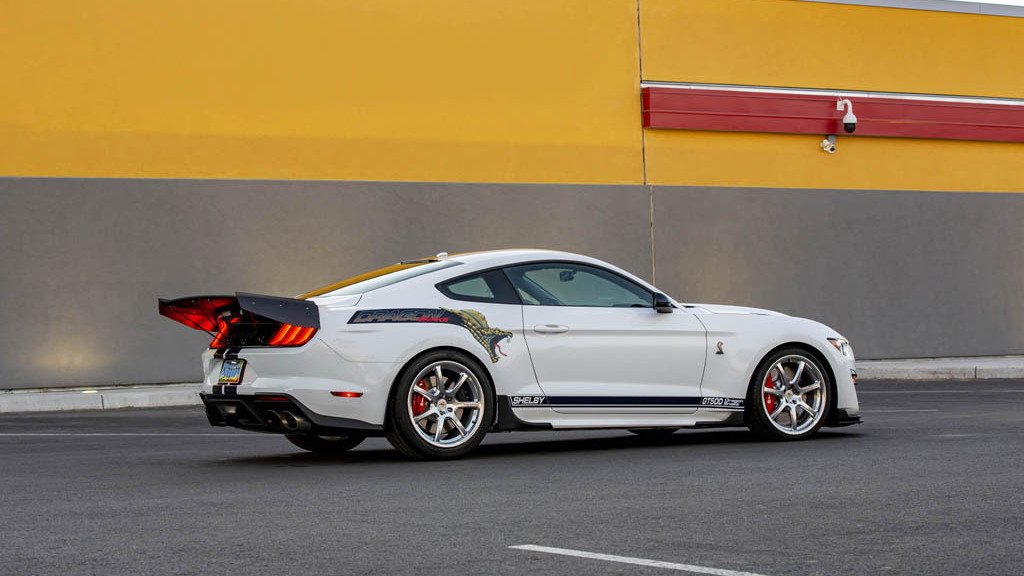 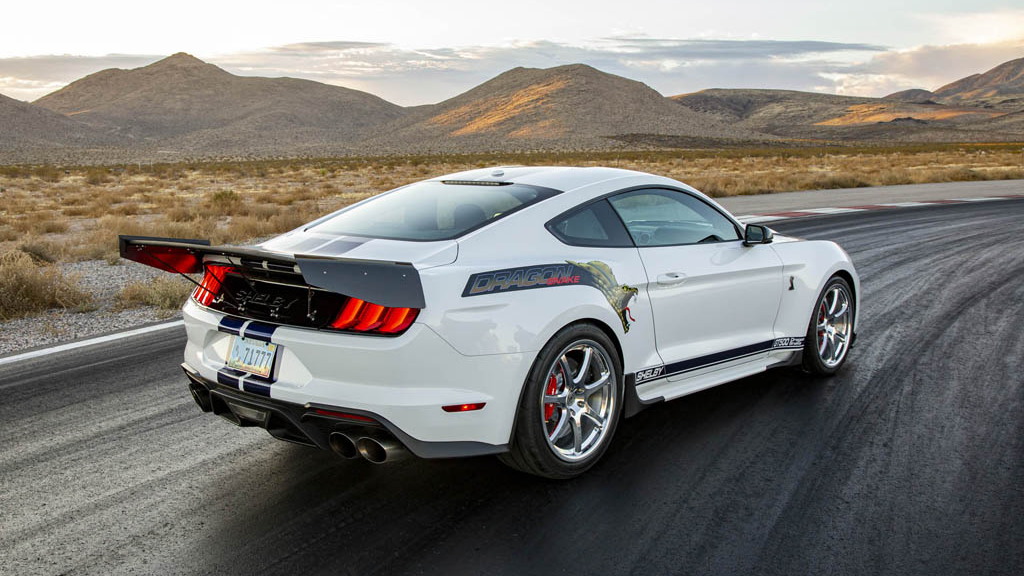 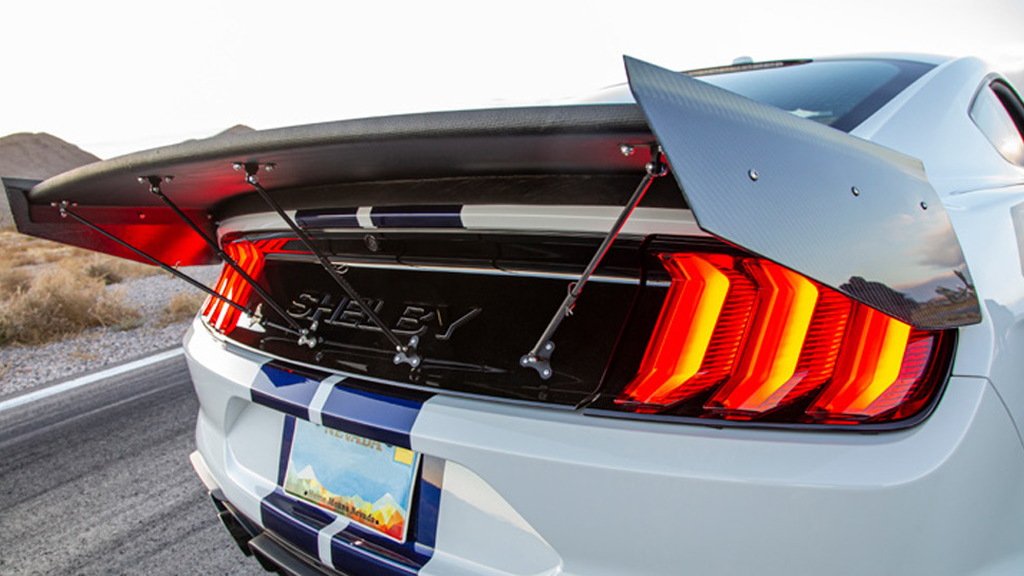 It appears Shelby American isn't content with Ford having all the fun with the new Mustang Shelby GT500, and rightfully so considering it bears the tuner's name.

Shelby has rolled out its own version of Ford's Mustang Shelby GT500, and the car boasts not only more power but also less weight.

Behold the Ford Shelby GT500 Dragon Snake, which Shelby unveiled on Tuesday at the SEMA show in Las Vegas. The car is only a concept for now but you can bet elements from it will be in production soon.

The modifications start with the 5.2-liter supercharged V-8 which Shelby tuned to a level above 800 horsepower, versus the 760 hp of the stock car. Shelby also revised the suspension to help the car deliver better acceleration in a straight line and more grip in the corners. The 7-speed dual-clutch transmission was also tweaked, per Shelby, and high-flow catalytic converters added.

The stock car is already an agressive-looking thing, but Shelby has amped things up with a high-downforce rear wing, extra vents in the hood, new side skirts, and custom wheels. We're told weight has also been reduced, with one of the key mods being lighter glass panels.

There's also no missing the Dragon Snake logos inside and out. Those logos, like the rear wing, are a bit of an acquired taste.

Shelby also has a Super Snake Sport F-150 concept based on the Ford F-150 pickup truck at SEMA. Like the Dragon Snake, it also previews an upcoming products from the tuner.