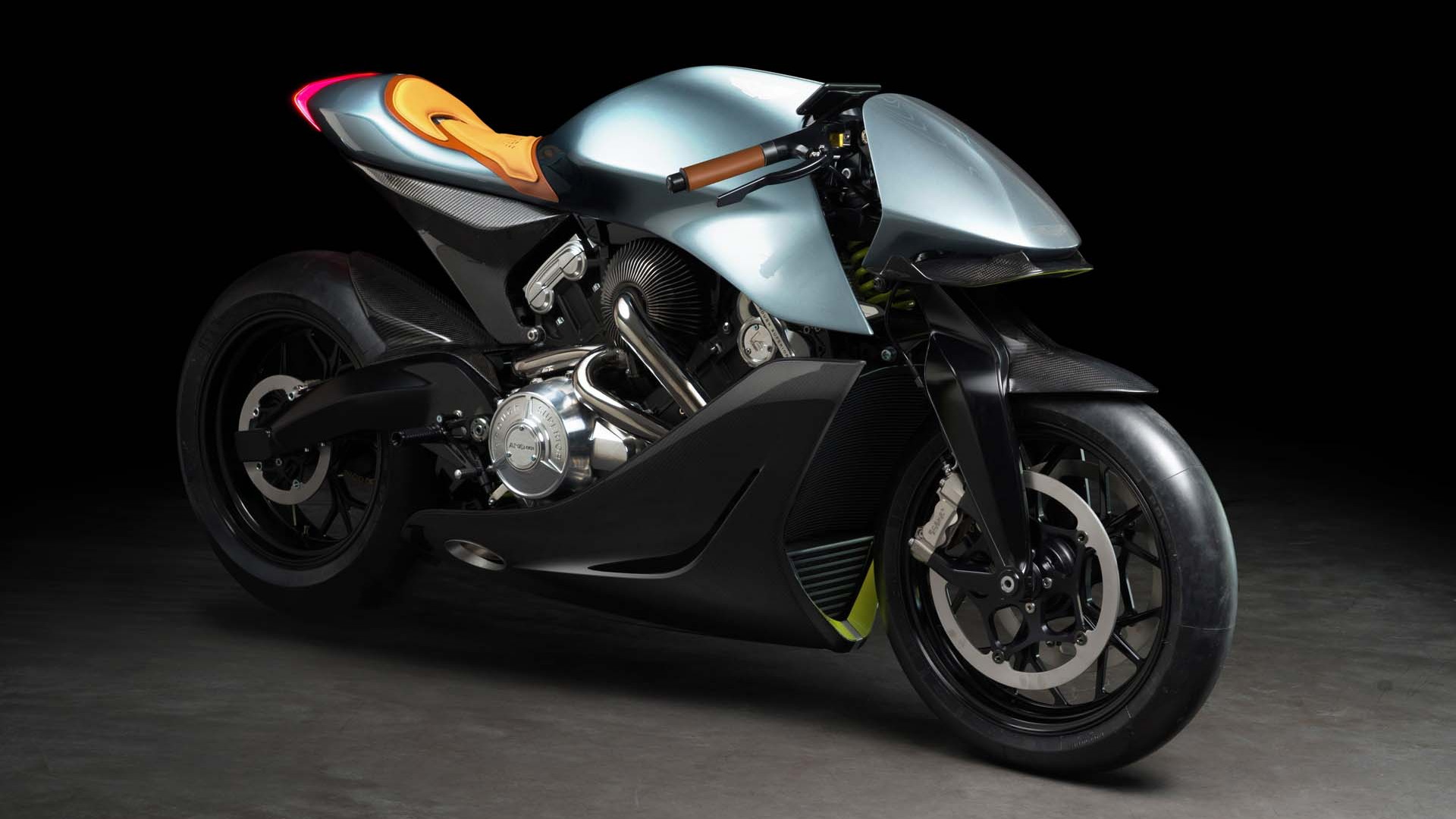 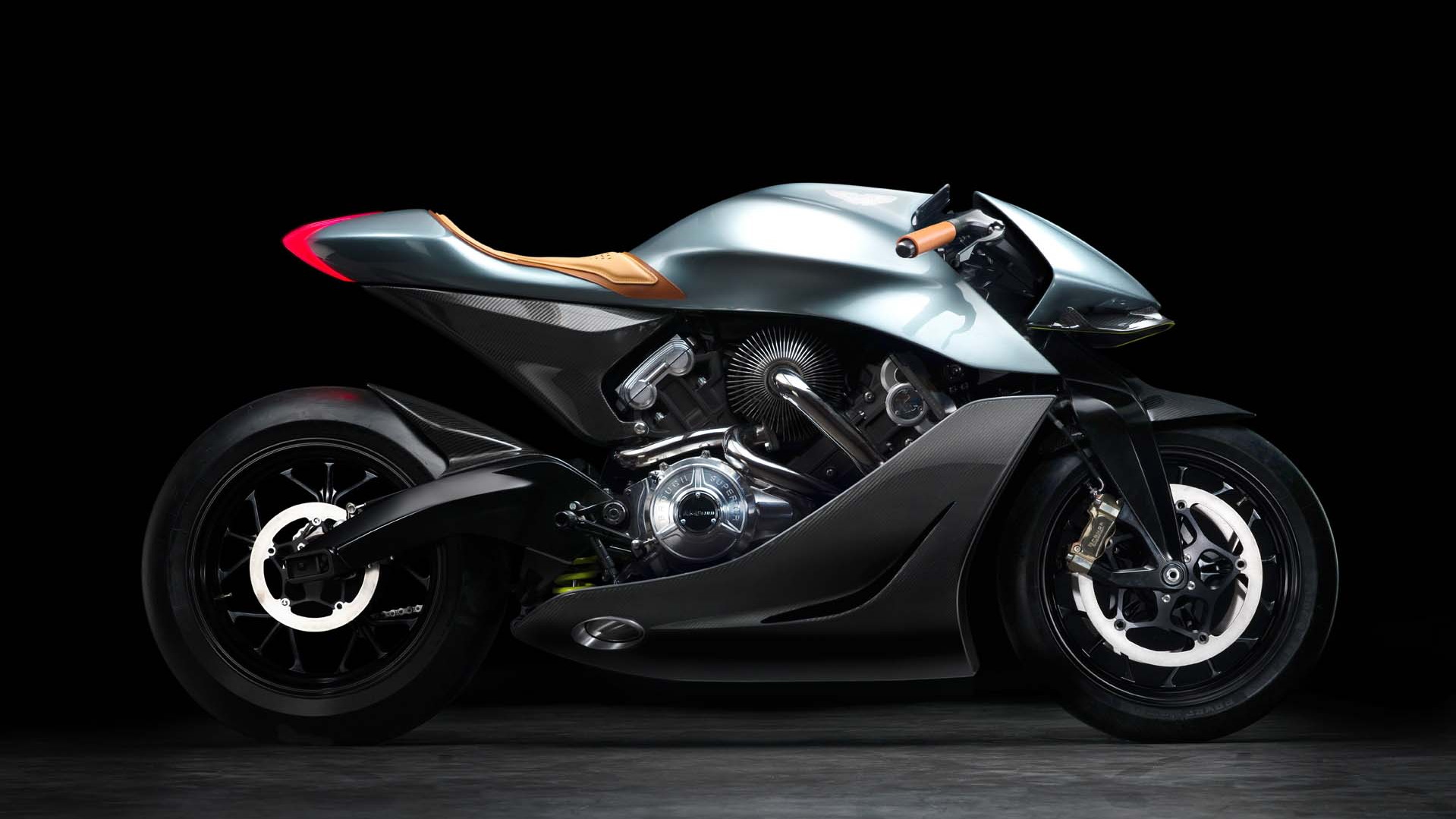 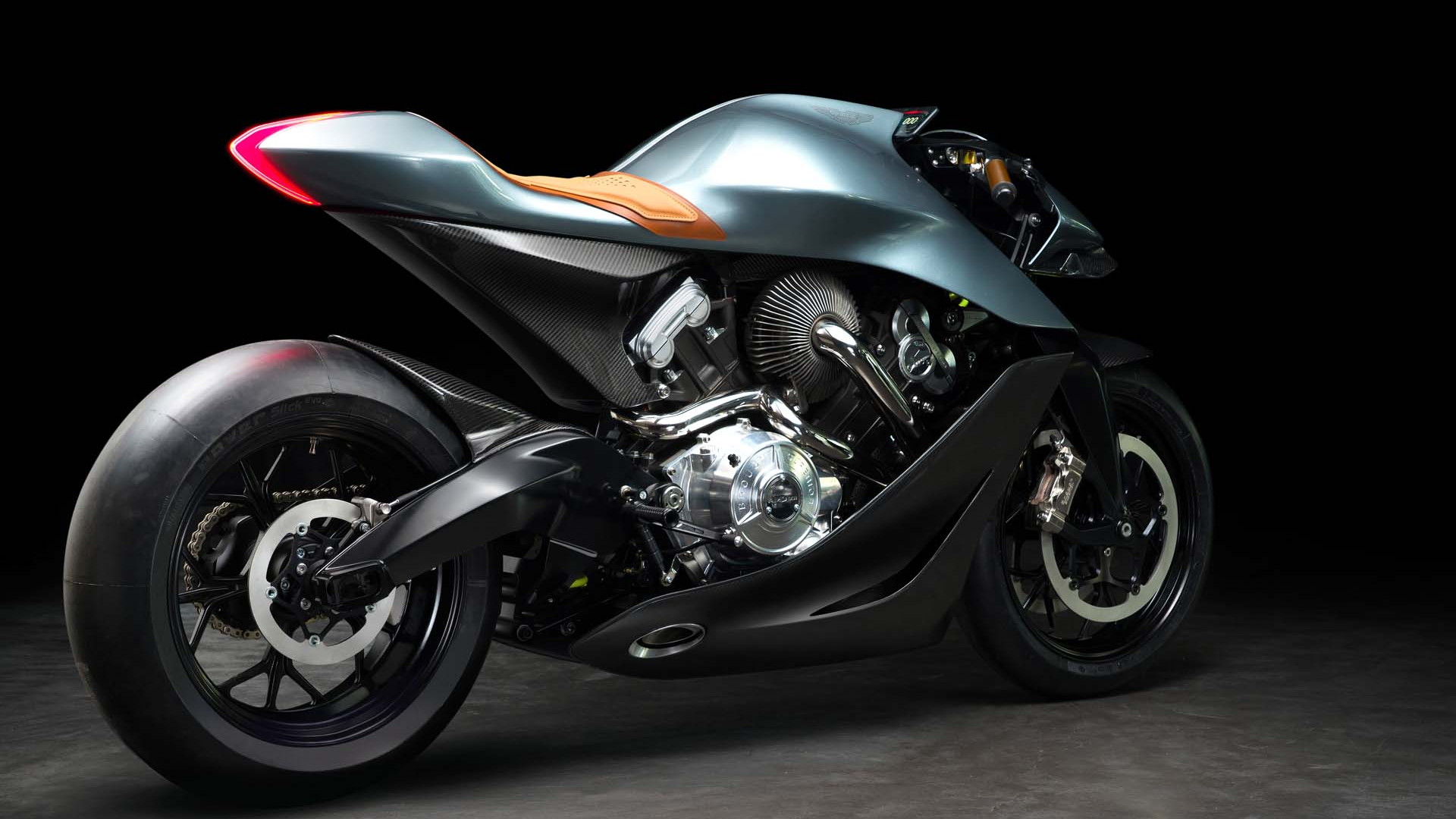 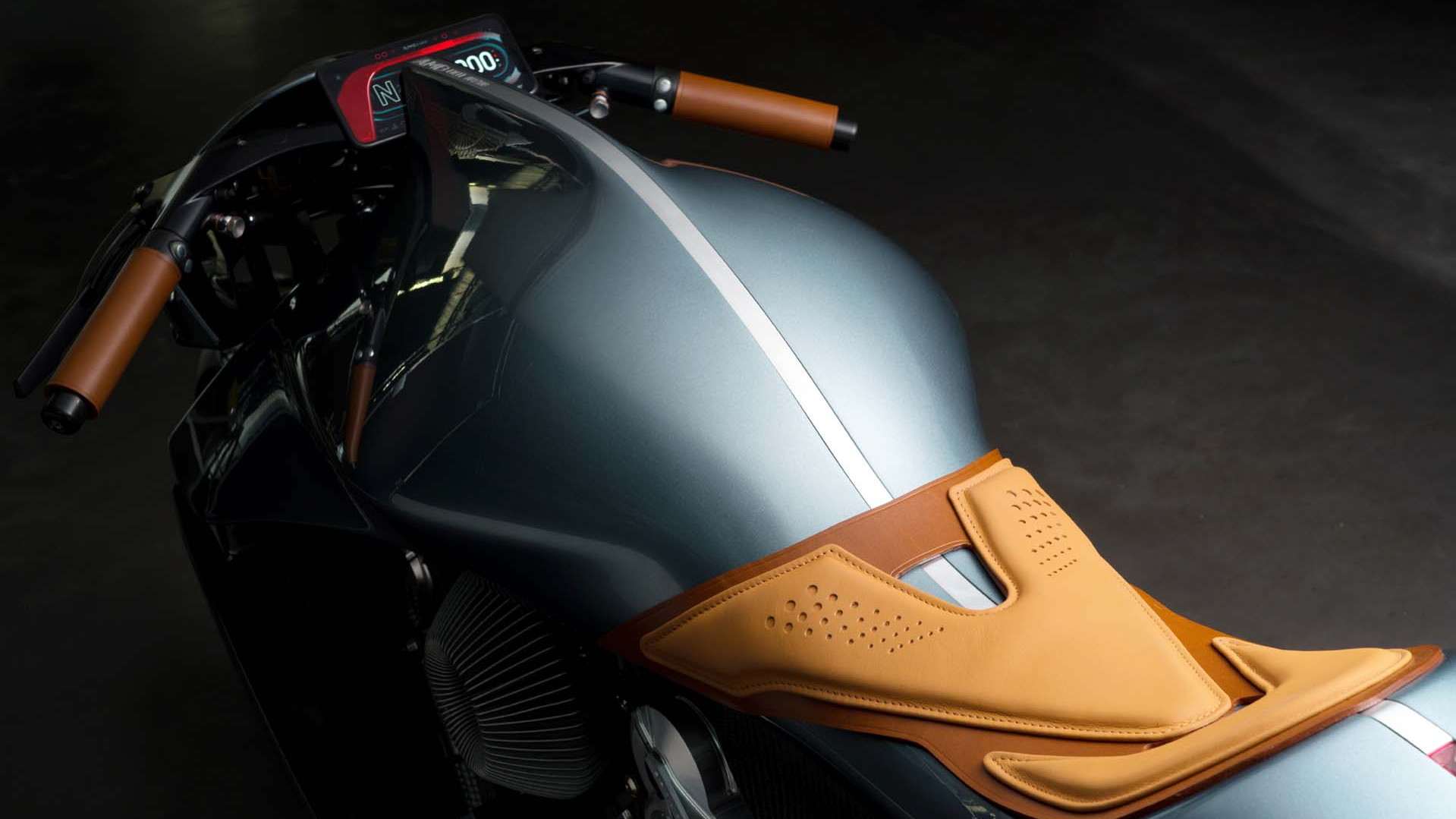 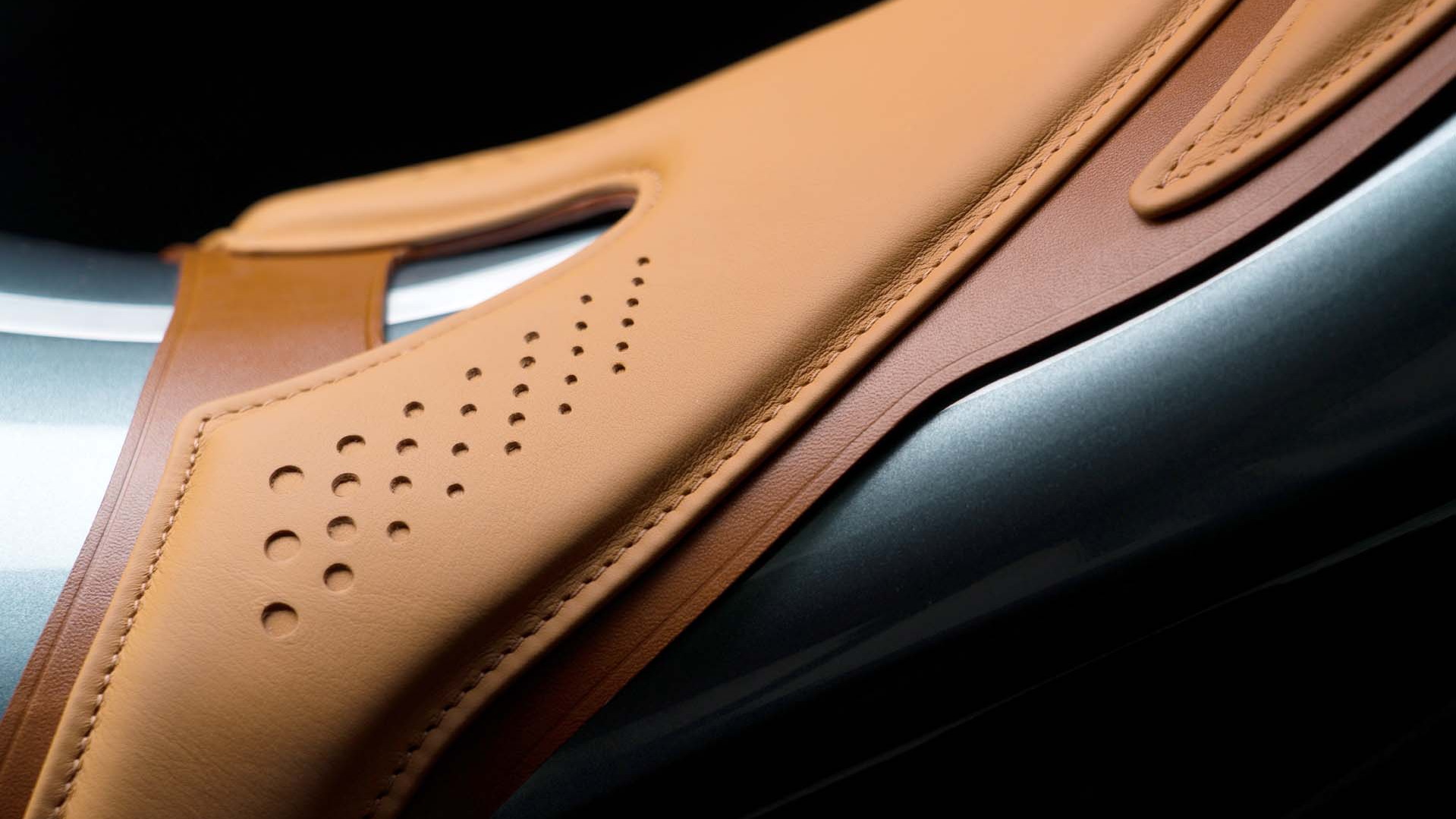 Aston Martin has teamed up with Brough Superior to launch a motorcycle.

The limited-edition AMB 001 by Aston Martin and Brough Superior superbike, unveiled on Tuesday at the EICMA motorcycle show in Milan, Italy, is the first Aston Martin to ride on two wheels. And Aston Martin is already labeling it as just the first chapter of a new partnership with Brough Superior, so we could be in for more jointly developed motorcycles from two historic British brands in the near future.

For readers unfamiliar with Brough Superior, it was established by George Brough in 1919 and lasted until 1940 in its original form. It was revived in 2008 by Mark Upham, and Thierry Henriette, who currently serves as lead designer. The original Brough Superiors were described by reviewers of the day as the Rolls-Royces of motorcycles. Just over 3,000 were built, with a handful owned by T. E. Lawrence, best known as Lawrence of Arabia. He actually died after suffering a crash on one of the motorcycles. That was back in 1935.

The modern Brough Superiors feature a retro look but also benefit from all the latest tech including titanium frames and powerful 1.0-liter V-twin engines with four valves per cylinder. There's nothing retro about the AMB 001's design, though, as it appears to have drawn inspiration from Aston Martin's upcoming Valkyrie. The Aston Martin logos on the nose and tank are also the same used on the hypercar. To save precious grams, these are 9-micron stainless steel wings that sit under a clear coat.

The AMB 001 has been designed for the track only and is powered by a turbocharged V-twin engine delivering 180 horsepower. No performance numbers were revealed at the launch but we'll point out that the dry weight is only 396 pounds, the number acheived thanks to lightweight construction including carbon fiber for the body.

Just 100 examples will be built, each priced from 108,000 euros (approximately $120,210). Production will take place Brough Superior's factory in Toulouse, France, and the first examples should be delivered in the fourth quarter of 2020. No word yet if the motorcycle will be available in the United States.

You might be wondering how a project like this came about. It turns out that Aston Martin Chief Creative Officer Marek Reichman is a motorcycle enthusiast and close friend of Henriette.

“This is what we believe a cutting-edge motorcycle should be and we are very proud to see the Aston Martin wings on a motorcycle for the first time,” Reichman said at the launch. In addition to applying the skills we have developed for cars such as the ground breaking Aston Martin Valkyrie, we have also been able to bring our special expertise in the traditional craft techniques to this project.”