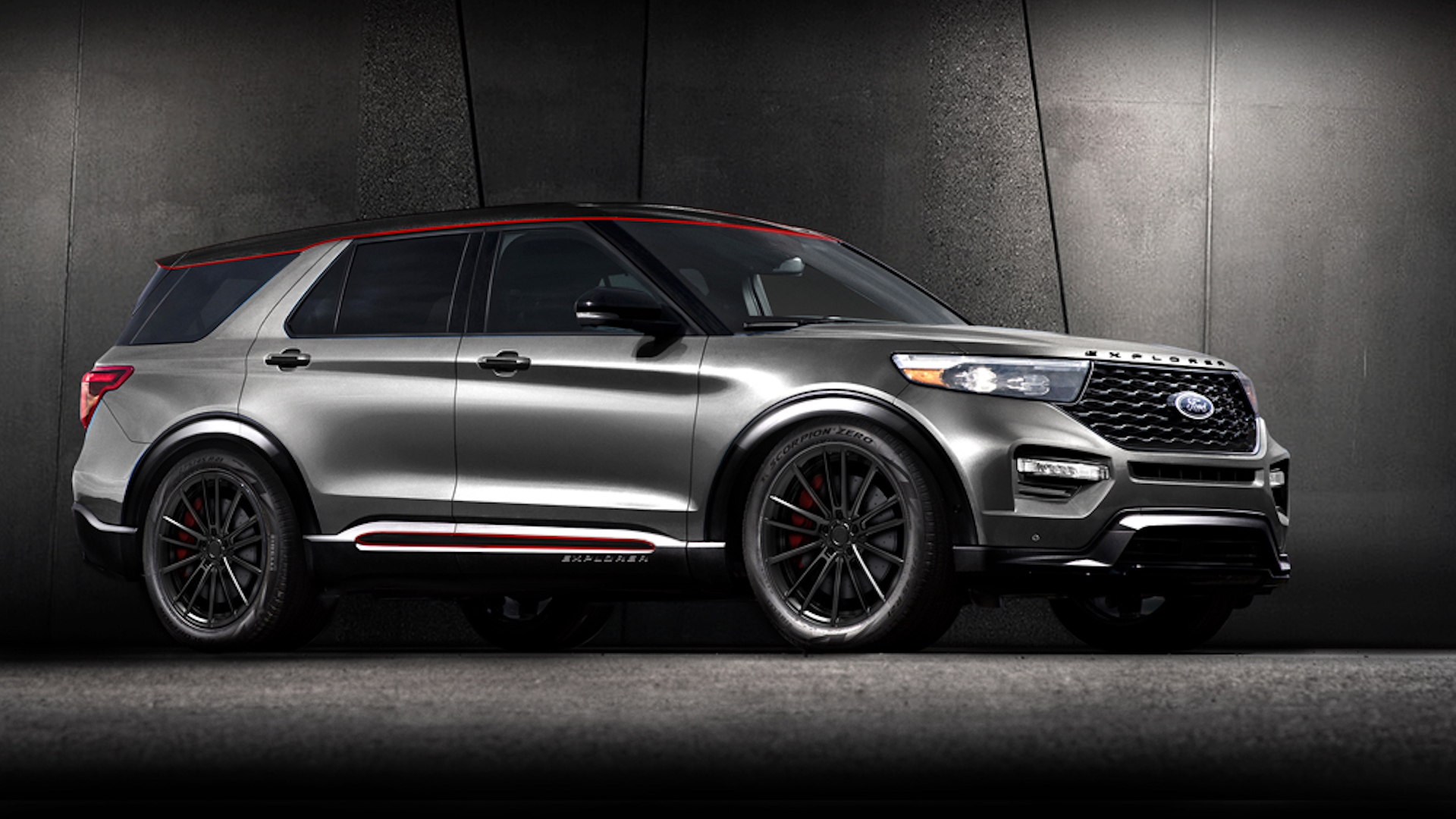 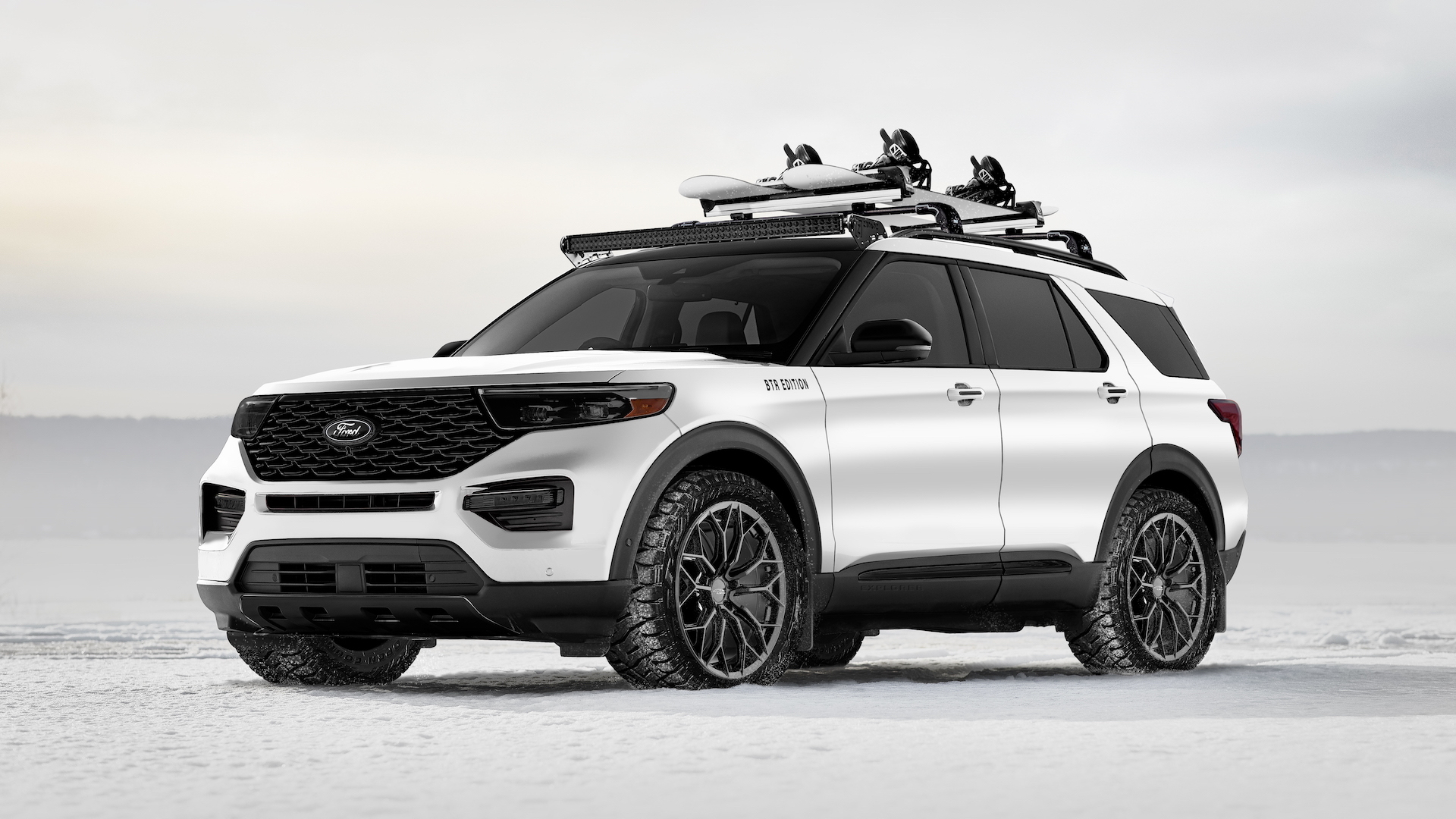 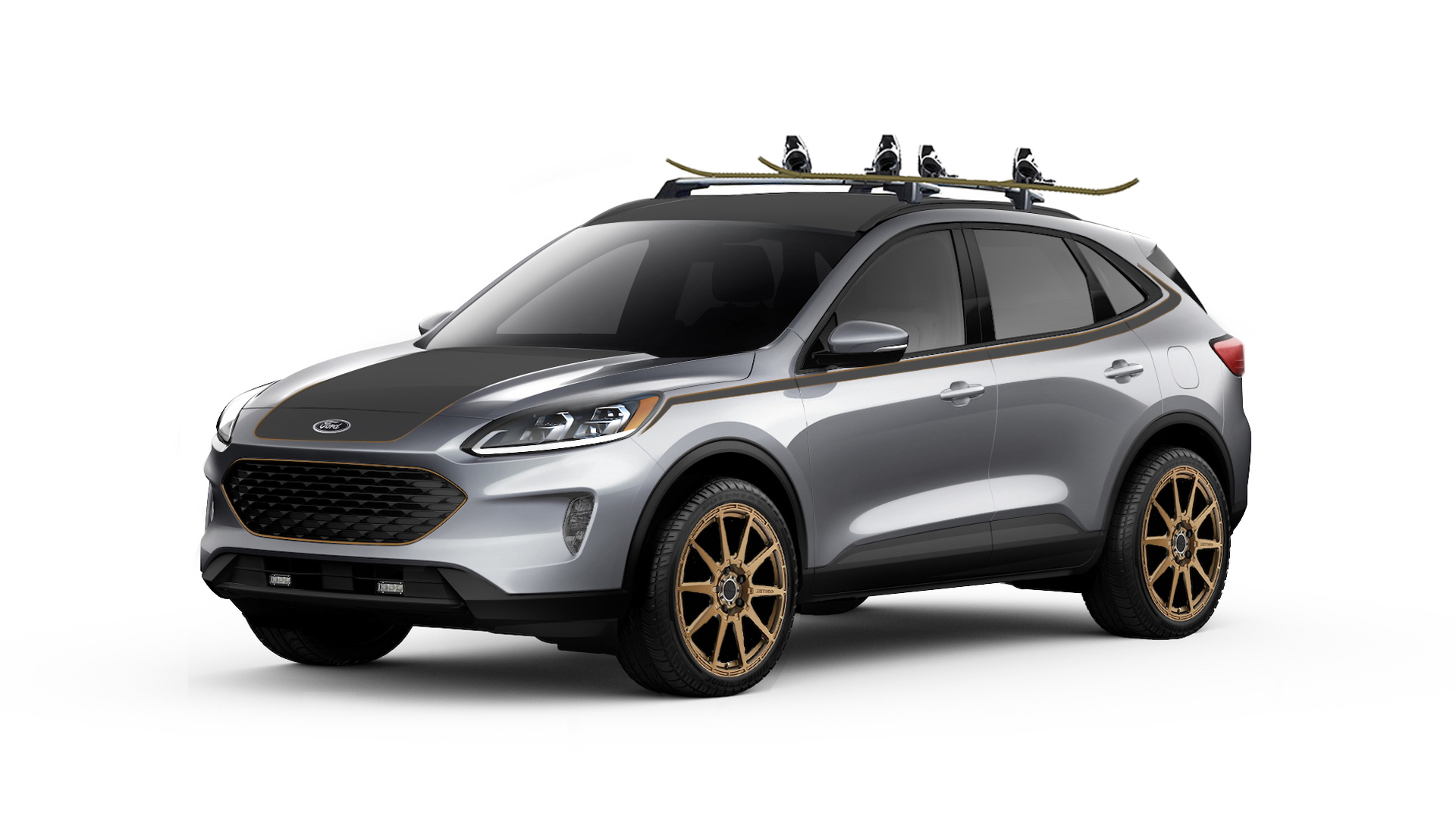 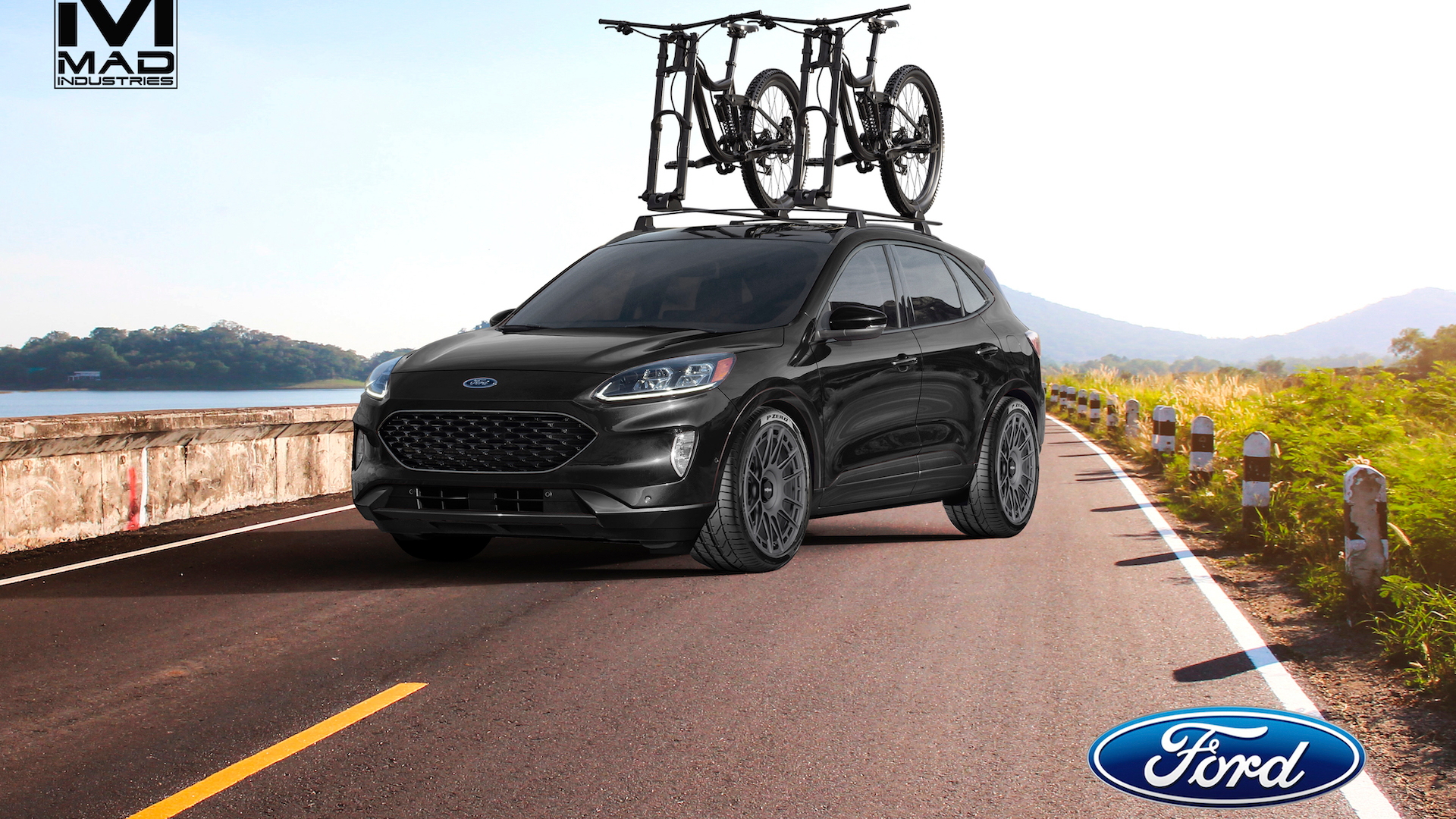 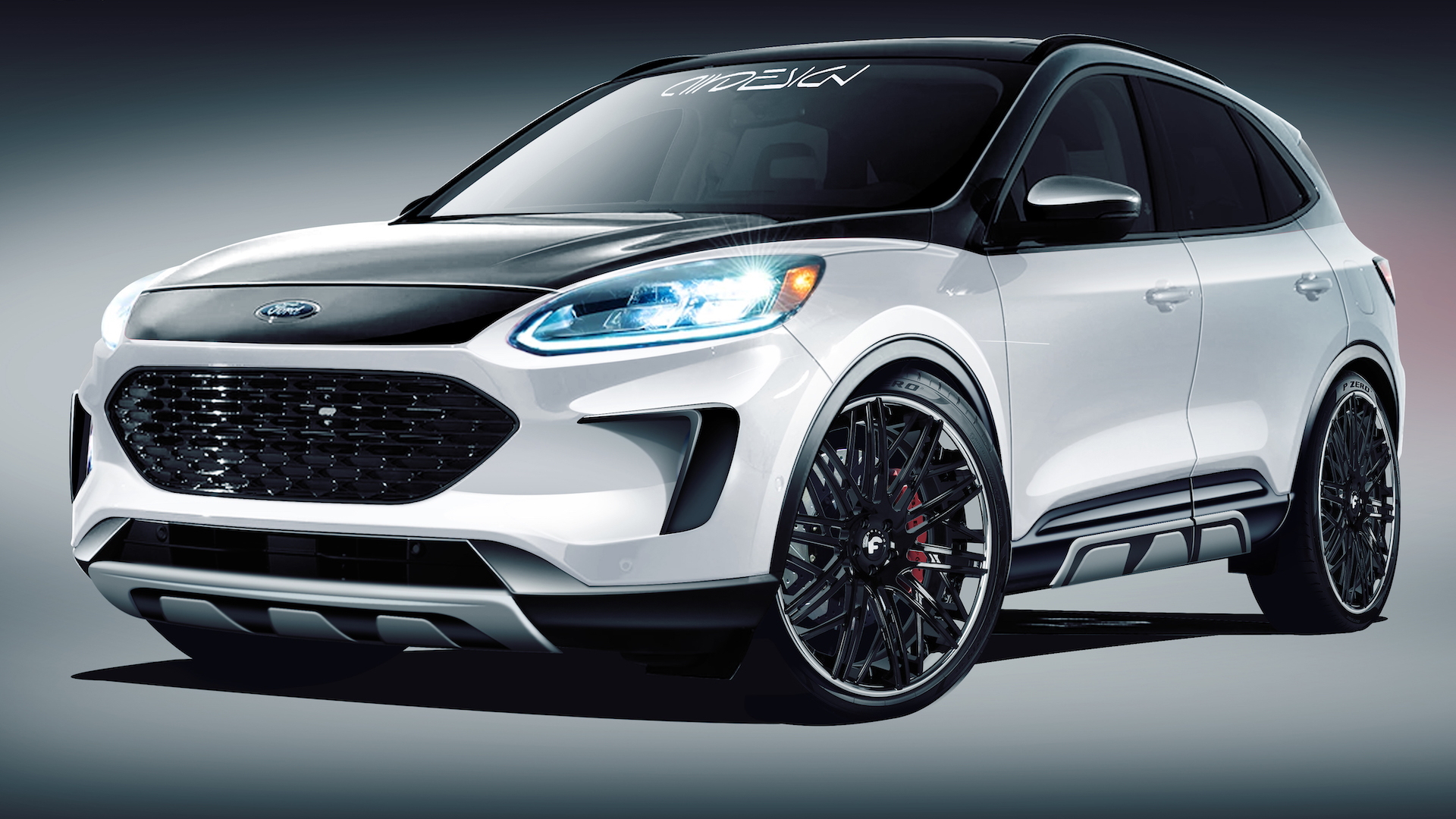 Ford has redesigned the Escape and Explorer for 2020, and naturally the automaker is excited about its new SUV duo.

It's why Ford has teamed up with a number of tuning firms to develop a range of modified Escapes and Explorers for November's SEMA show. The modified rides will be shown alongside versions of Ford's other vehicles, including the Expedition, Ranger, and naturally the F Series pickups and Mustang.

Among the highlights is the Ford Explorer ST by CGS Performance Products. It's dressed in gray paint by Sikkens and sits atop 24-inch Savini wheels shod in Pirelli P-Zero rubber. A Borla cat-back exhaust with a carbon fiber tip completes the look. Inside, Alea Leather was tasked with creating an upmarket feel.

Under the hood of the Explorer ST sits a 3.0-liter twin-turbocharged V-6 that makes 400 horsepower and 415 pound-feet of torque. No word if that Borla exhaust helps to liberate a few extra horses.

For Escape fans, the vehicle to look out for is the build by Air Design USA. The tuner has done its best job to dress up the grocery getter with a two-tone Sherwin-Williams paint job in white and black, which is joined by 20-inch Forgiato Flow 001 wheels in black and shod with Pirelli Scorpion Verde tires. For some extra aggression, the vehicle is fitted with fender flares, chunky side skirts, and skid plates.

For the interior, there's a Ford Accessories cargo organizer, custom floor mats, and a portable refrigerator by Indel B.

Air Design USA's build is based on the Ford Escape Hybrid, meaning there's 200 hp and 209 lb-ft to play with.

The SEMA show gets underway in Las Vegas on November 5 and Ford alone is planning more than 50 builds. To learn about some of the other vehicles set for the show, head to our dedicated hub.