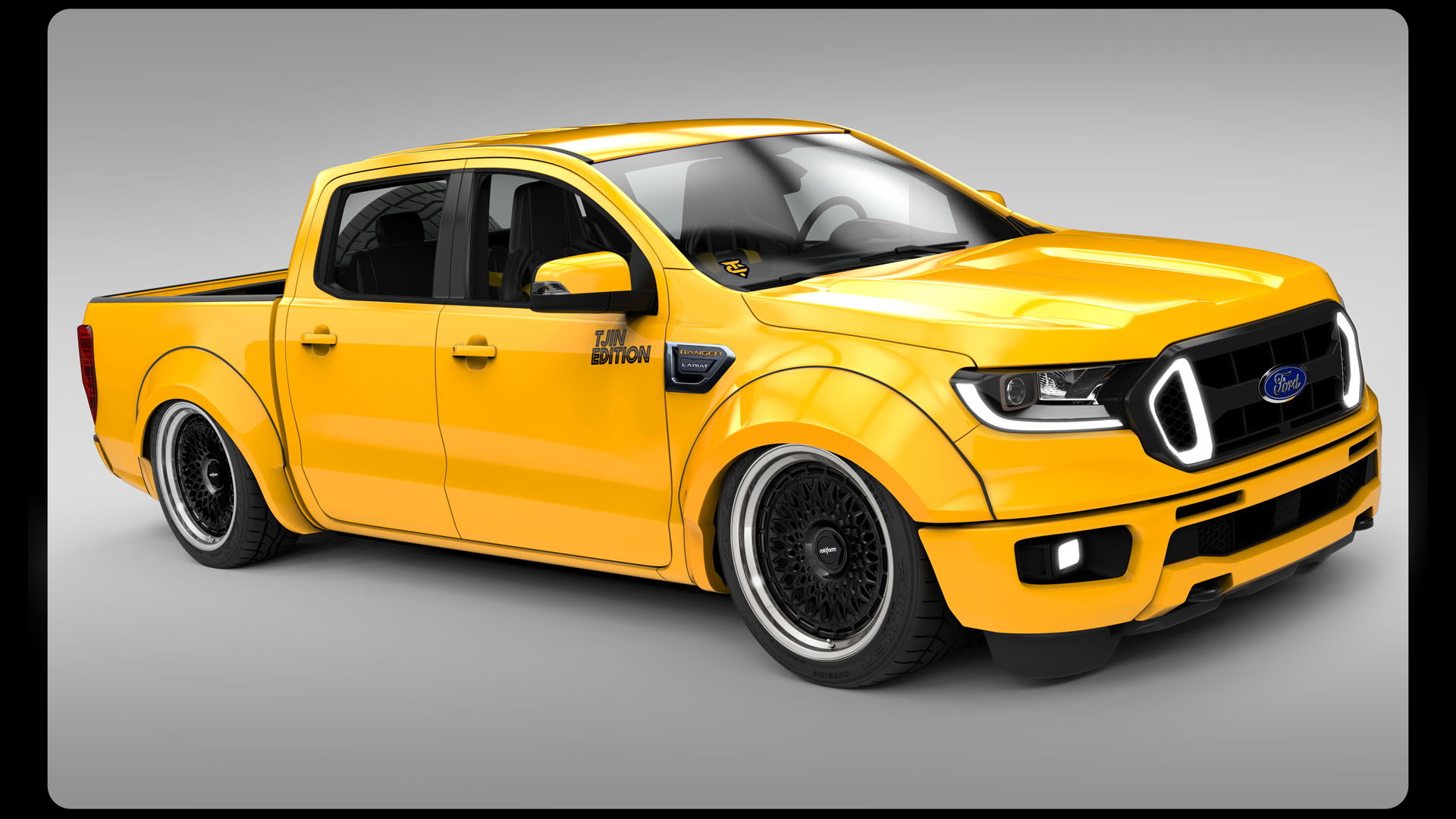 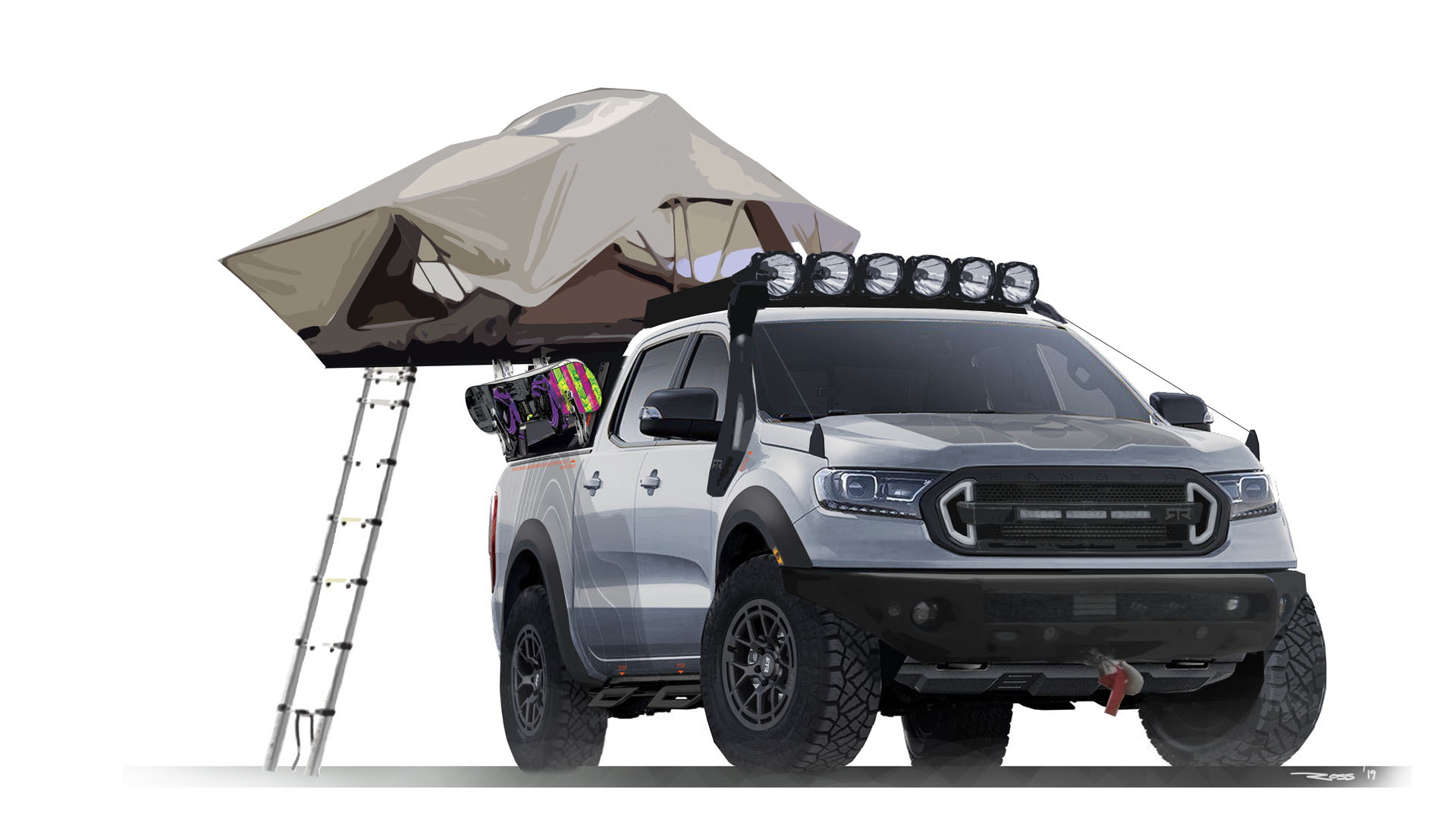 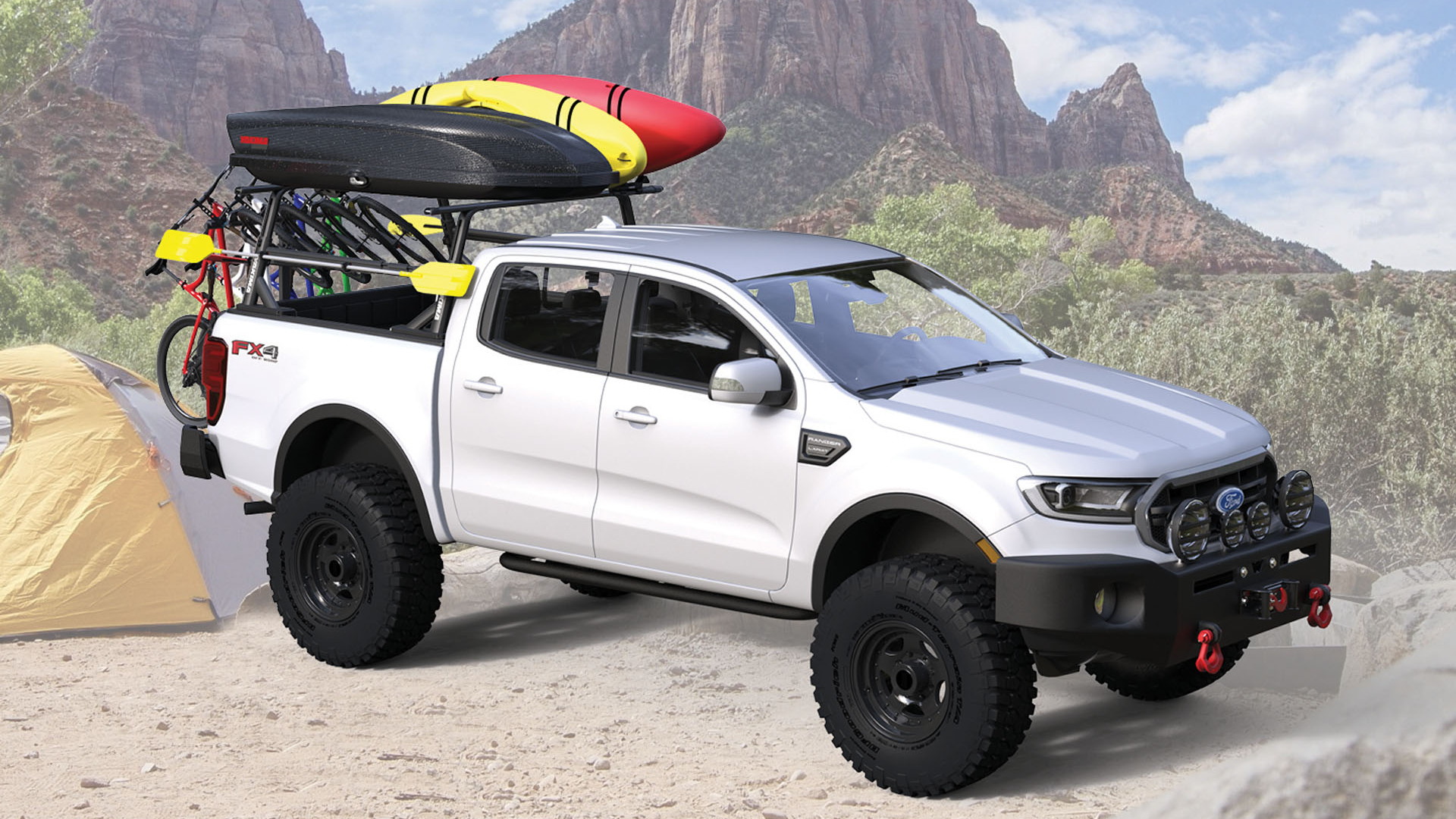 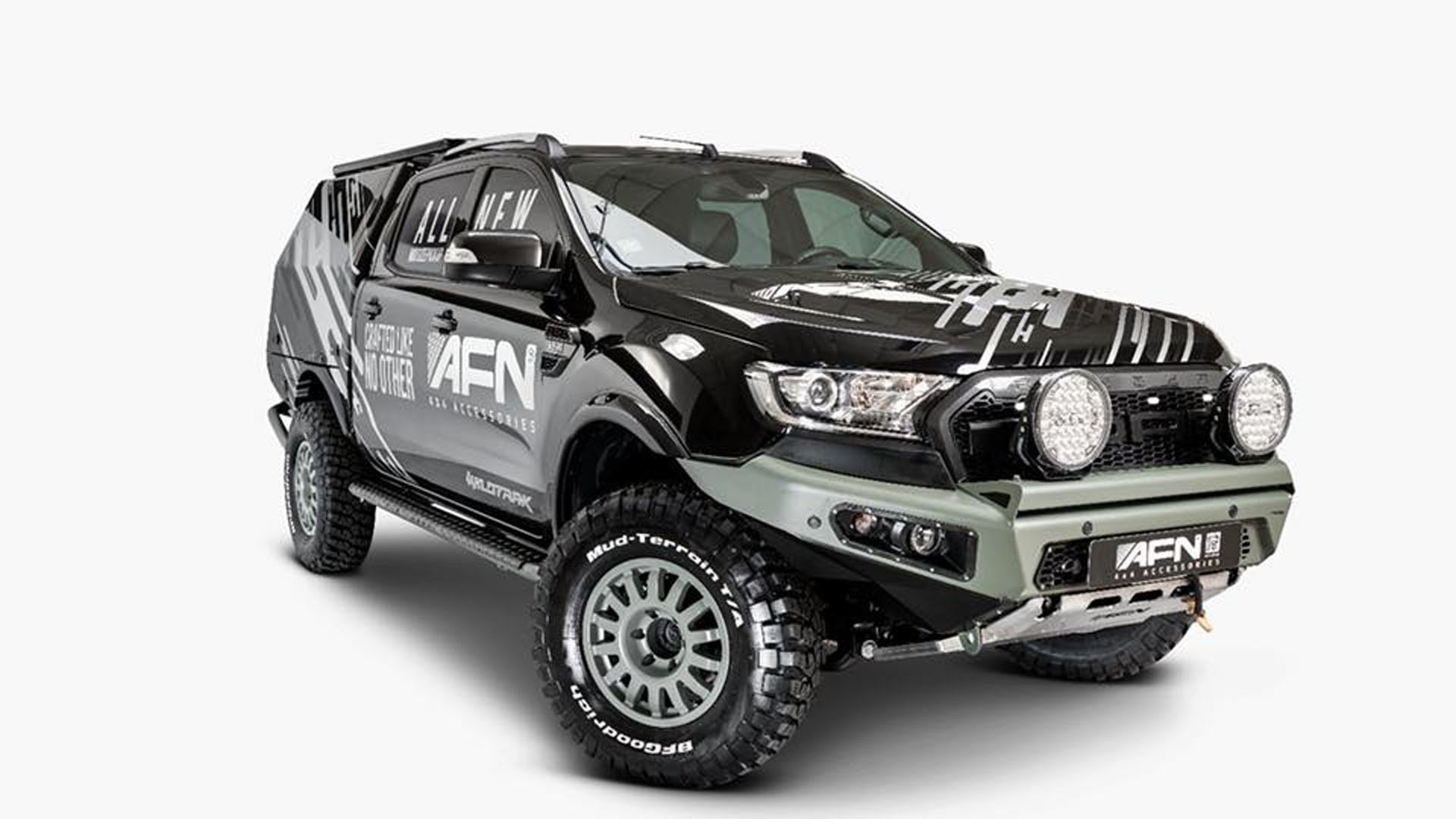 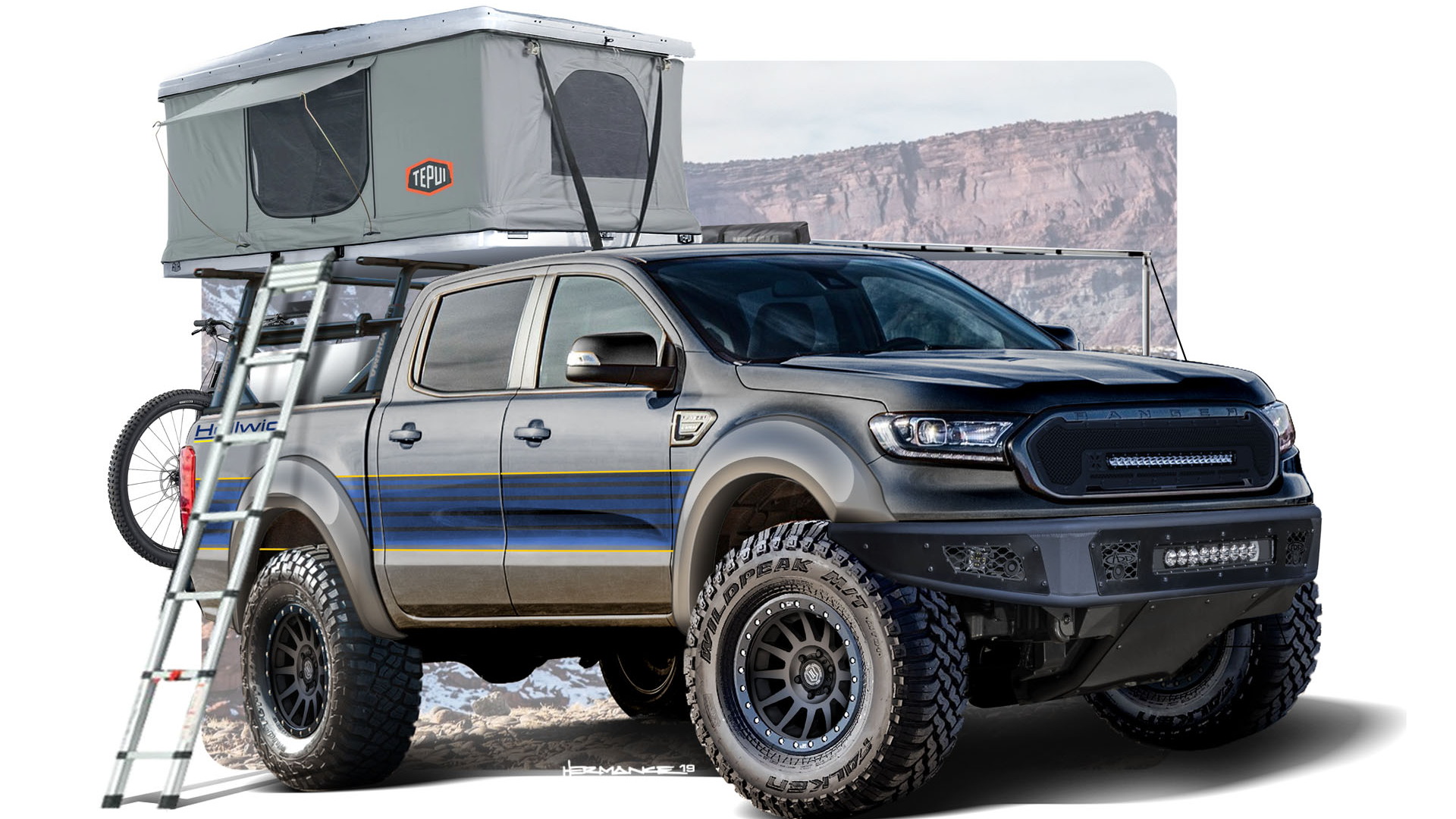 Ford announced Thursday that it will exhibit more than 50 vehicles at the annual SEMA automotive aftermarket show this year, making its display the largest of any OEM on the show floor. To tease the contents of its booth, Ford sent out images of eight Ranger and Transit projects that will be in attendance.

Since the Ranger pickup is new, it receives the bulk of Ford's promotional love. Of the eight vehicles teased, six were Rangers, with themes running the gamut from overlander to minitruck, there's a little bit of everything for pickup fans in this batch.

The overlanding crowd is the best-represented here. Three of the trucks⁠—including Ford Performance's own accessory showcase⁠—followed this theme, which emphasizes go-anywhere, stay-anywhere mobile living capability.

The RTR Rambler employs an over-bed tent to clear bed-mounted accessory storage racks, giving owners plenty of room to camp while keeping their toys secured. The Hellwig and Ford Performance overlanders likewise have over-bed sleeping accommodations in the form of pop-up tents that appear more robust, but maybe a little less versatile. Yakima's approach is just as go-anywhere as the others, but is more suitable to day-trippers who just want as much room as possible for the stuff they need when they get there.

If minitrucks are your thing, the Tjin Edition Ford Ranger is slammed on custom 20-inch wheels and rocks a cat-back exhaust and intake from Roush Performance. Air suspension helps lower it 8 inches up front and 9 inches in the rear, while 14-inch Baer 6-piston brakes at all four corners add stopping power. The bright yellow paint scheme is straight out of the southern California car scene.

The two Transits teased in this announcement couldn't possibly be more different. The Speedvegas Transit is dropped 5 inches front and rear and boasts custom wheels, tires, and brakes. That's because this Transit does double duty as a shuttle to its namesake course, where you can rent lap time in exotic cars.

The Polvoorde is a backwoods winter machine boasting tracks at all four corners. Designed for those who need to get between recreational areas, its cargo area is decked out with storage for snowboards, fishing poles, paddleboards, kayaks, and more.

The SEMA show takes place Nov. 5-8 in Las Vegas. Look for all of these vehicles, plus many others from the Blue Oval, there.