The 2020 Bentley Flying Spur will usher in a new era for the British luxury brand. The "limousine meets sport sedan," as Bentley calls it, will boast the brand's first all-wheel-steering system.

The luxury brand said Wednesday the all-wheel steering system will compliment standard all-wheel drive and the company's Dynamic Ride active anti-roll bars. The latter will also be new to the Flying Spur, and it will use a 48-volt control system to change anti-roll bar stiffness front and rear to suit spirited driving and also combat bumps and body roll along the way. 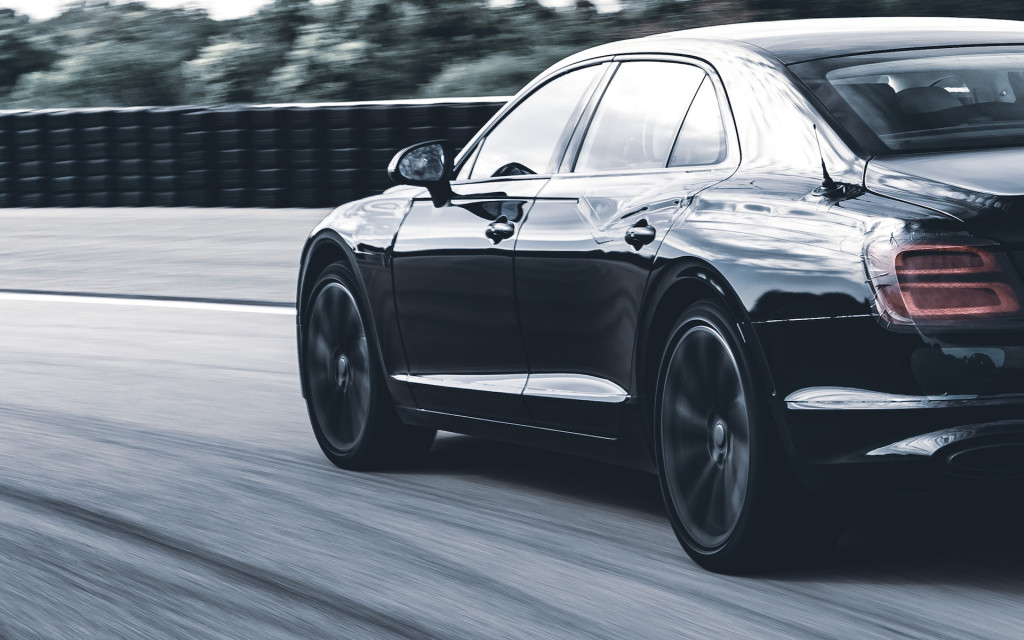 Also for the first time, the car's all-wheel-drive system will disconnect the front wheels and send all the power to the rear wheels in normal driving conditions. However, it will automatically send power to the fronts when it detects a loss of traction.

Like the Continental GT, the Flying Spur will use the Volkswagen Group's MSB platform, which was developed by Porsche and underpins the Panamera. The suspension technologies mentioned above are all shared with the Panamera.

Bentley wasn't ready to dish out the goods on anything else yet. What we do know is the sedan will take an evolutionary approach in the design department. Rounder edges aplenty will mark the major differences over the outgoing Flying Spur. The latest Continental GT followed a similar path. A long hood, a sweeping roofline, and a mechanical Flying B hood ornament will all be part of the car's package.

Powering the stately sedan should be a twin-turbo 6.0-liter W-12 making 626 horsepower and 664 pound-feet of torque. Eventually, a twin-turbo 4.0-liter V-8 will likely join the lineup and a plug-in hybrid powertrain isn't out of the question either.

We'll have full details on the 2020 Bentley Flying Spur when the brand pulls back the covers on June 11.