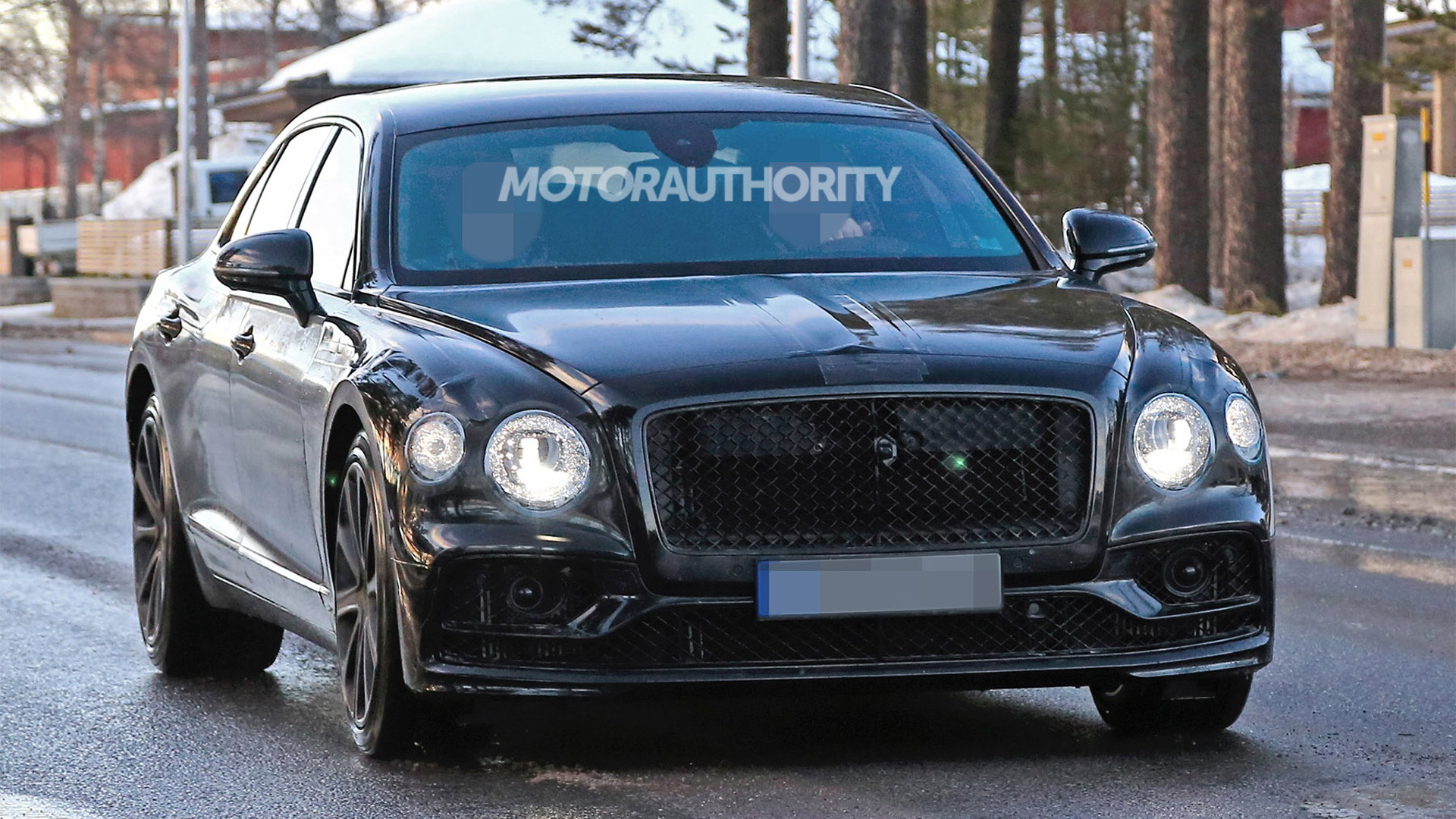 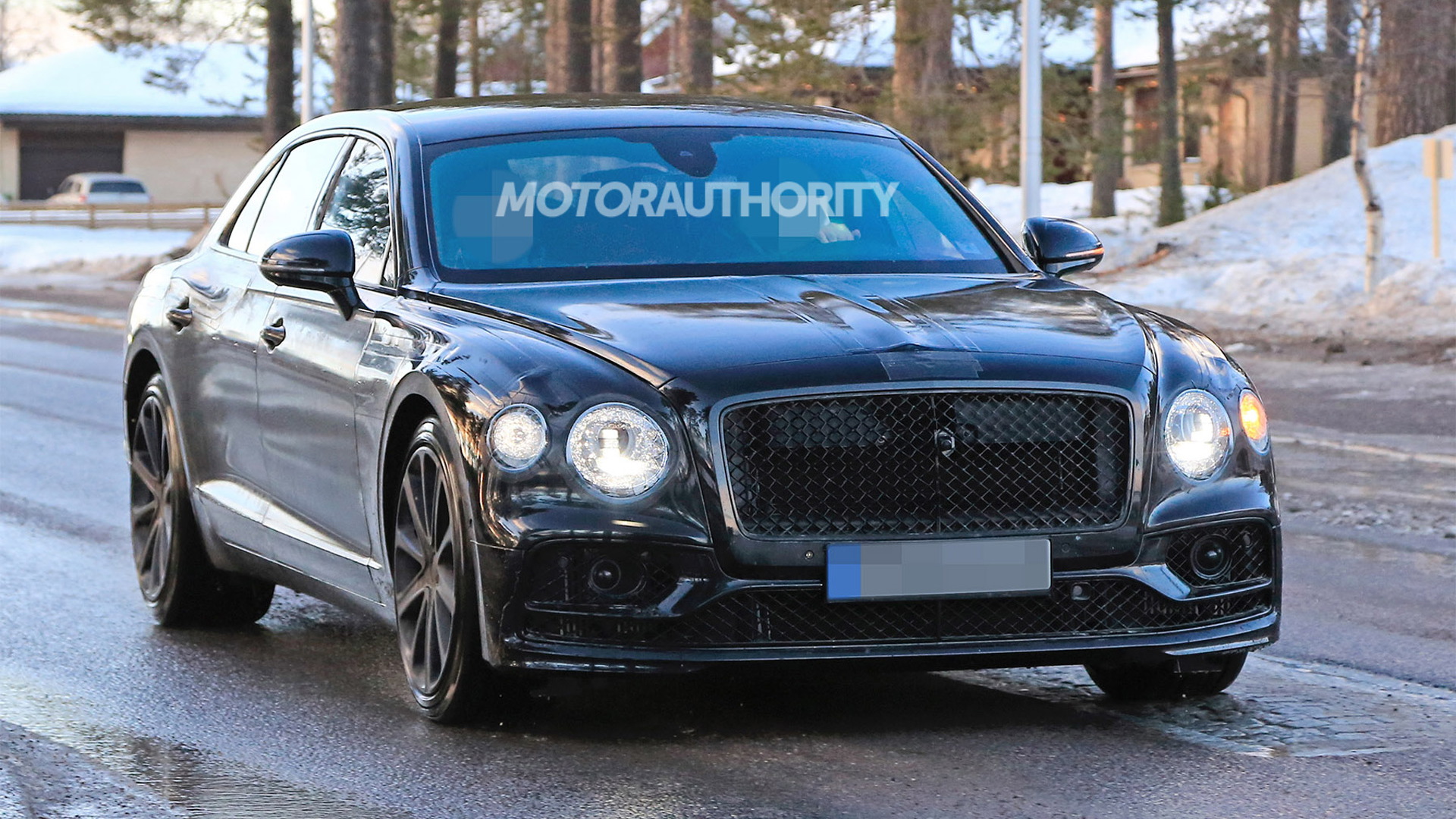 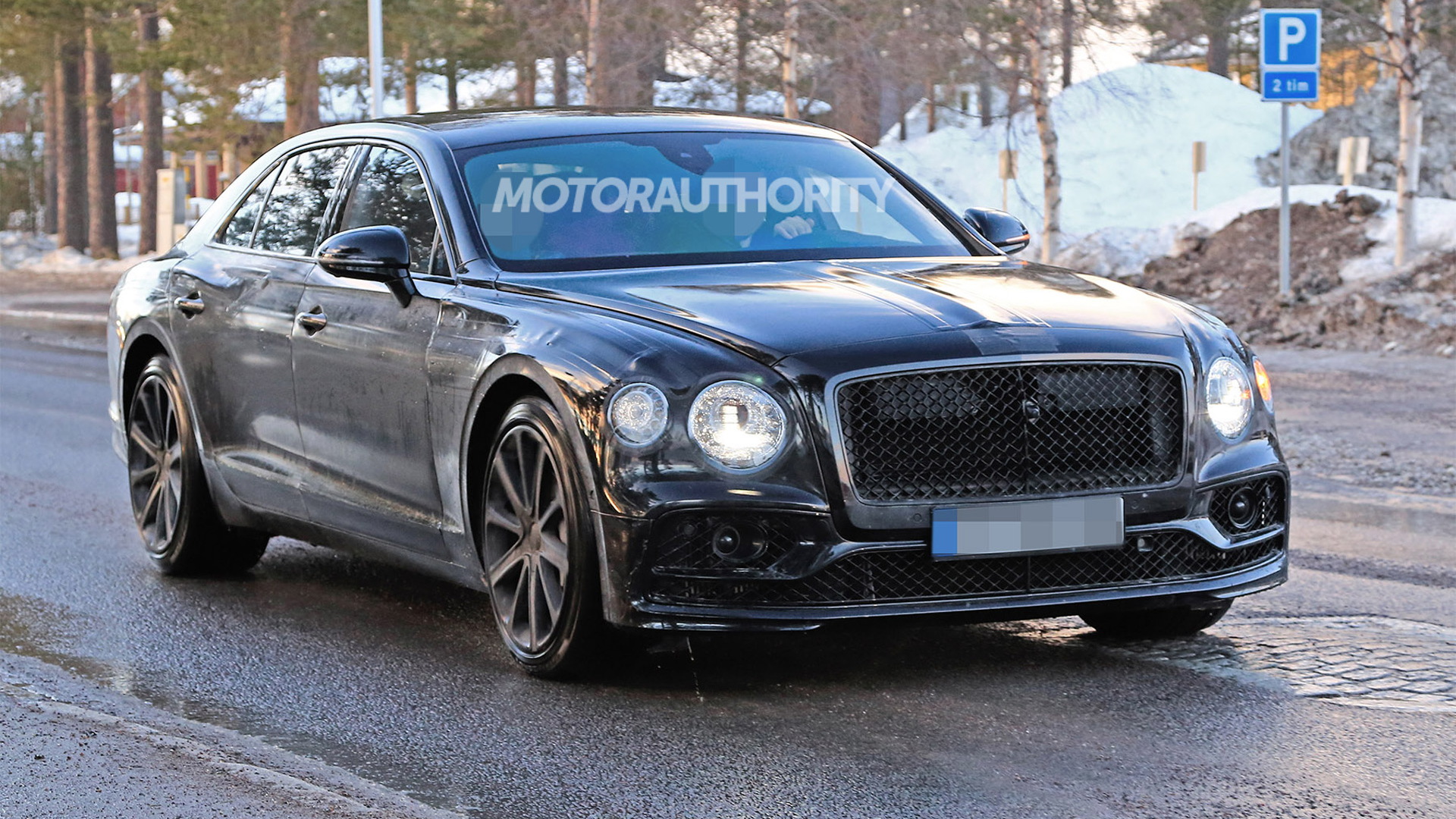 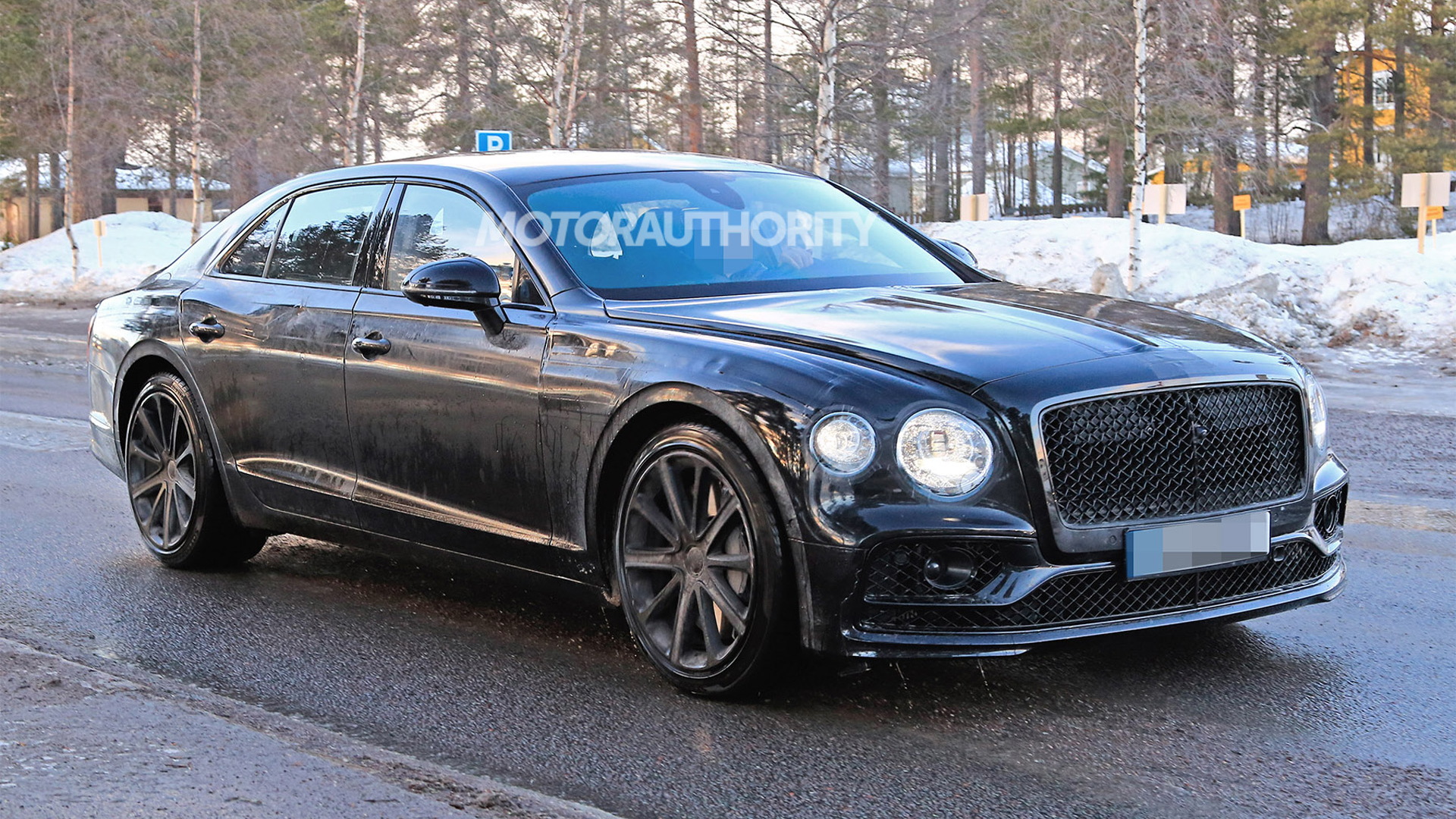 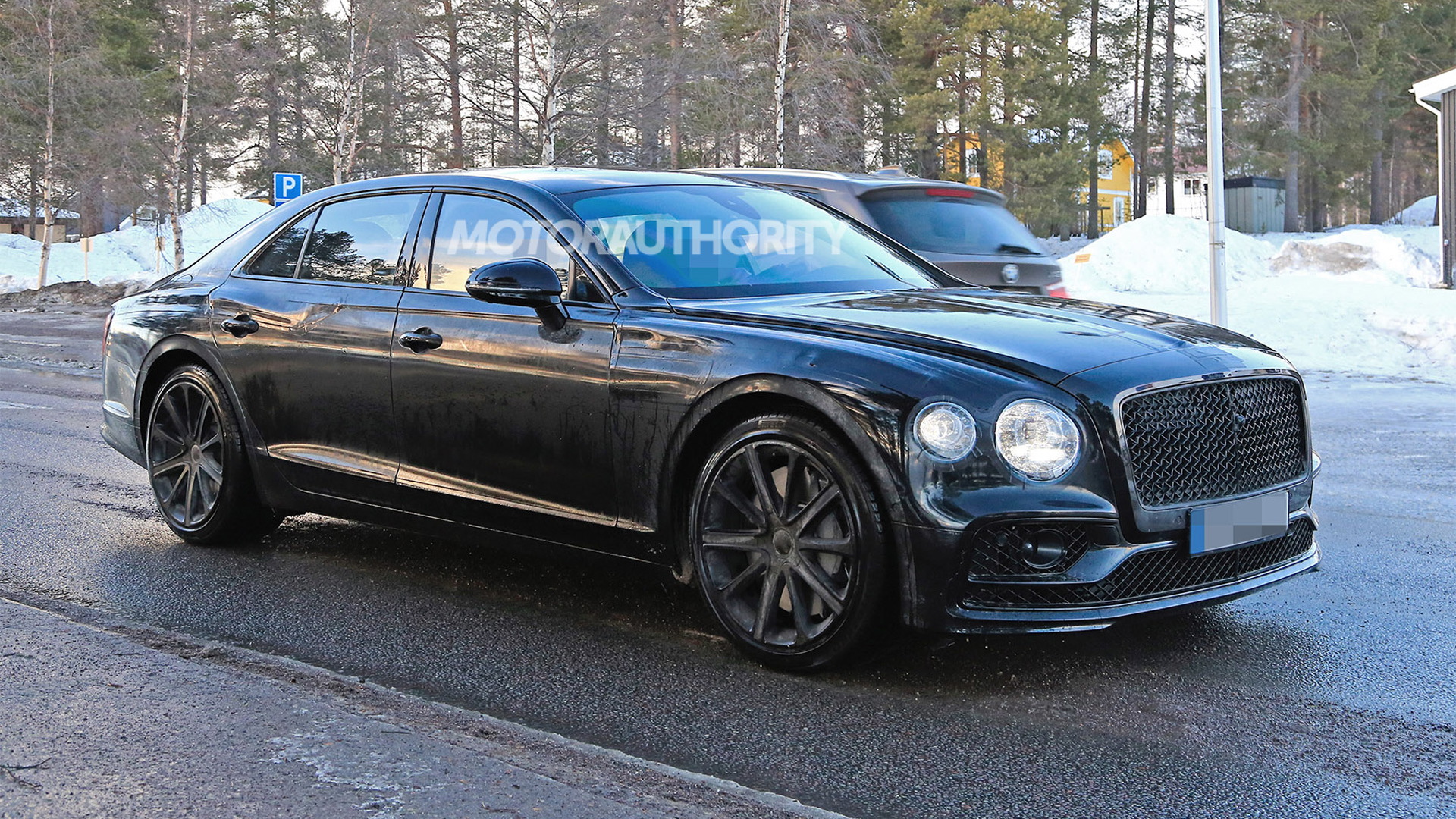 Bentley has redesigned its Continental, with both coupe and convertible body styles already available.

Next in line will be the related Flying Spur sedan, which is expected to arrive later in 2019 as a 2020 model.

We have a new set of spy shots and video of the redesigned Flying Spur in action and they give us what at first glance appears to be a very good look at the car. However, some additional black body cladding over the fenders hides the true shape, and it's likely more of that cladding is used elsewhere on the car.

Nonetheless, you can see the basic shape, which is certainly an evolution of the current design instead of a revolution. Some of the details come to light, too.

The headlights feature a larger inner and a smaller outer light, which is the opposite of the current design. Along the sides, the upper and lower character lines take on new shapes. At the rear, the license plate cutout moves from the trunk to the bumper and the taillights are taller and don't wrap around the sides as they do on the current model.

Like the Continental GT, the Flying Spur will benefit from some Porsche engineering. It is based on the Volkswagen Group’s MSB platform, which is dedicated to large, rear- and all-wheel-drive cars with front-mounted engines. The platform was developed by Porsche and made its debut in the 2017 Panamera. The MSB uses more high-strength steel and aluminum to realize weight savings and improved rigidity.

As mentioned above, Bentley has just redesigned the Continental, which comes with an upgraded 6.0-liter twin-turbocharged W-12 that makes 626 horsepower and 664 pound-feet of torque and has a stop-start function.

Expect that engine for the Flying Spur, as well as a 4.0-liter twin-turbo V-8. A plug-in hybrid option is also planned. The lone transmission should be an 8-speed automatic, and all-wheel drive will likely be offered as standard.

Other features should include a digital instrument cluster, LED matrix headlights, a three-chamber air suspension, and a 48-volt anti-roll control system that uses electronic actuators on the anti-roll bars. All of this equipment is found in the new Conti GT and GT Convertible.