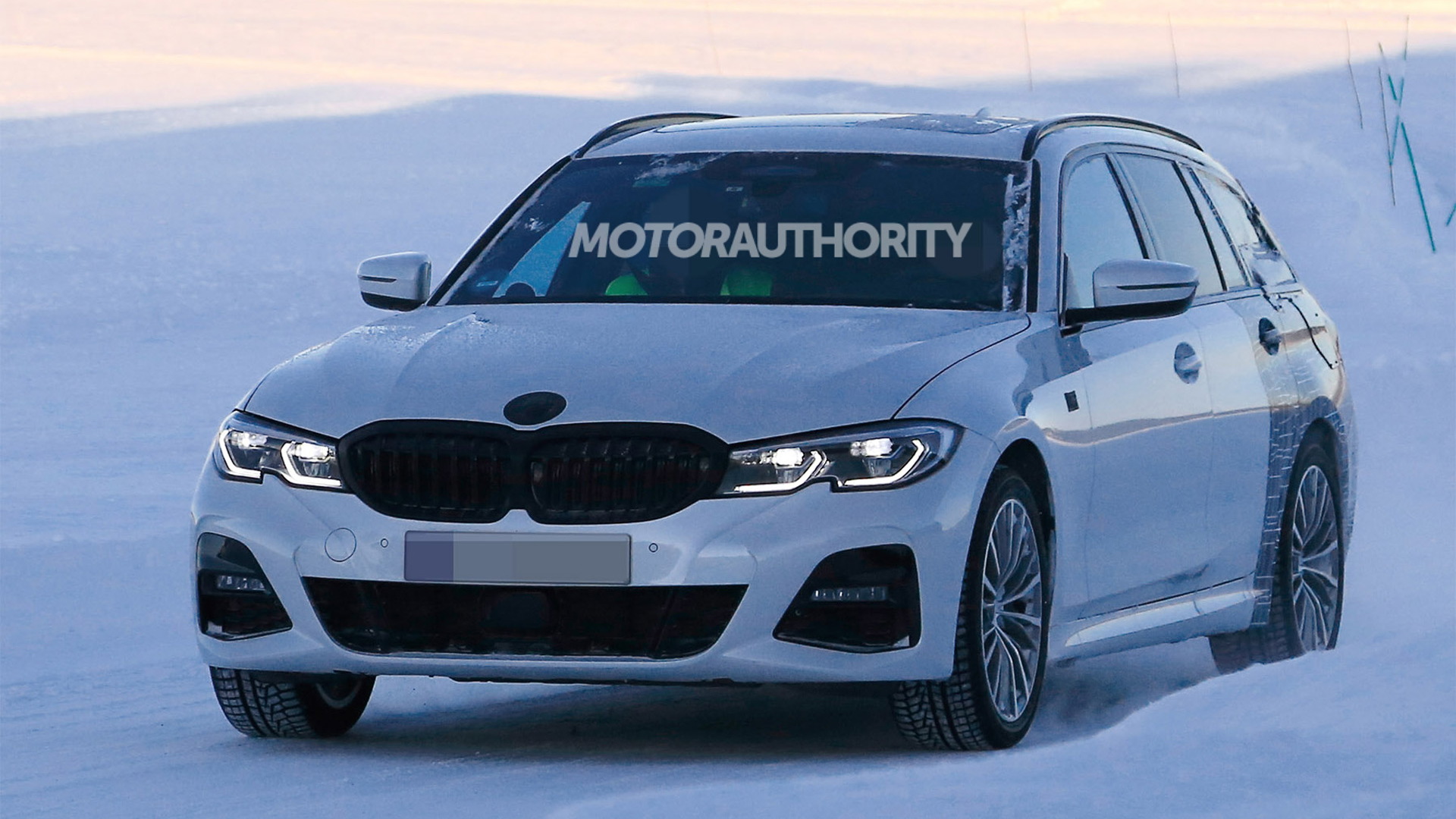 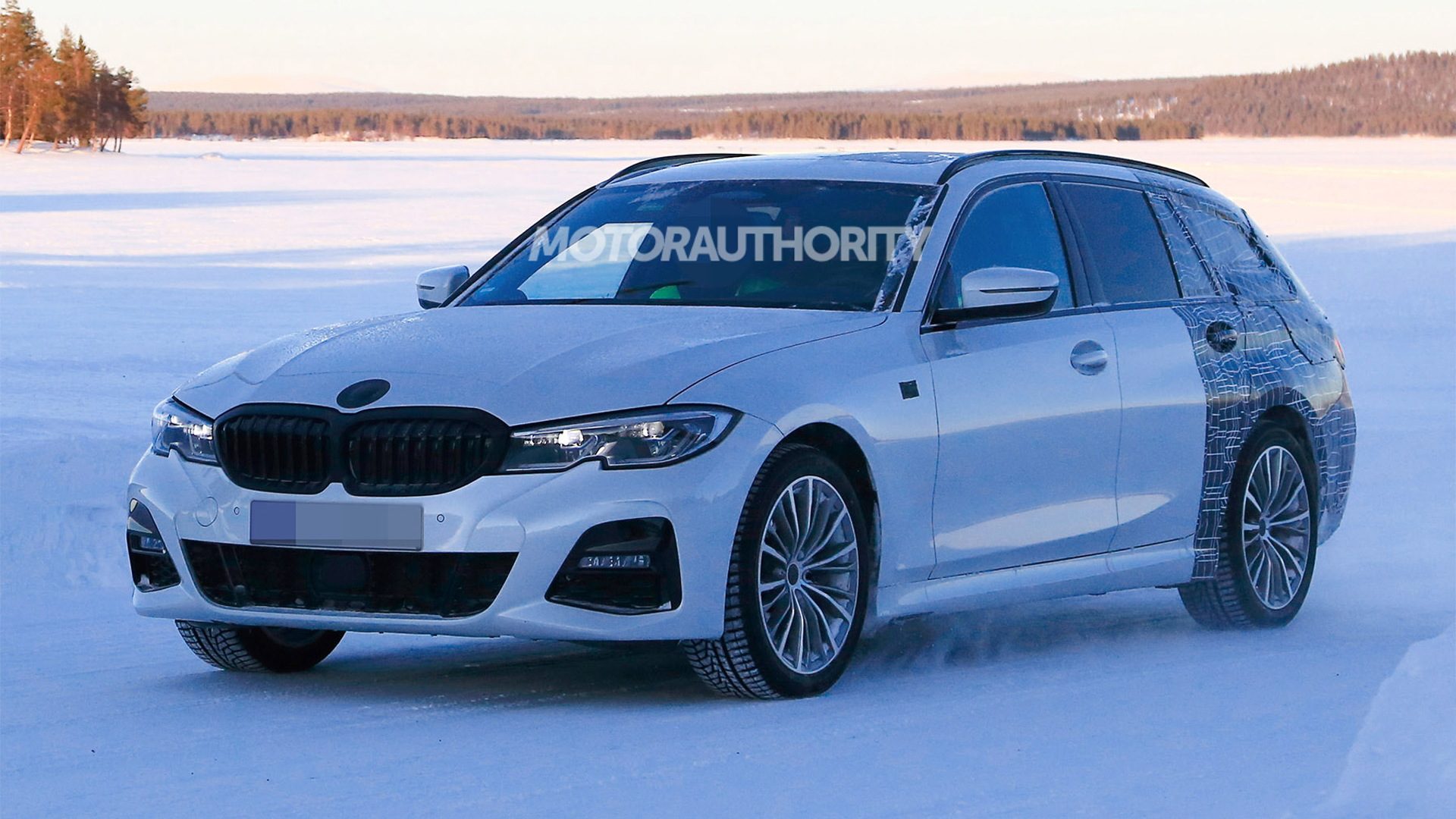 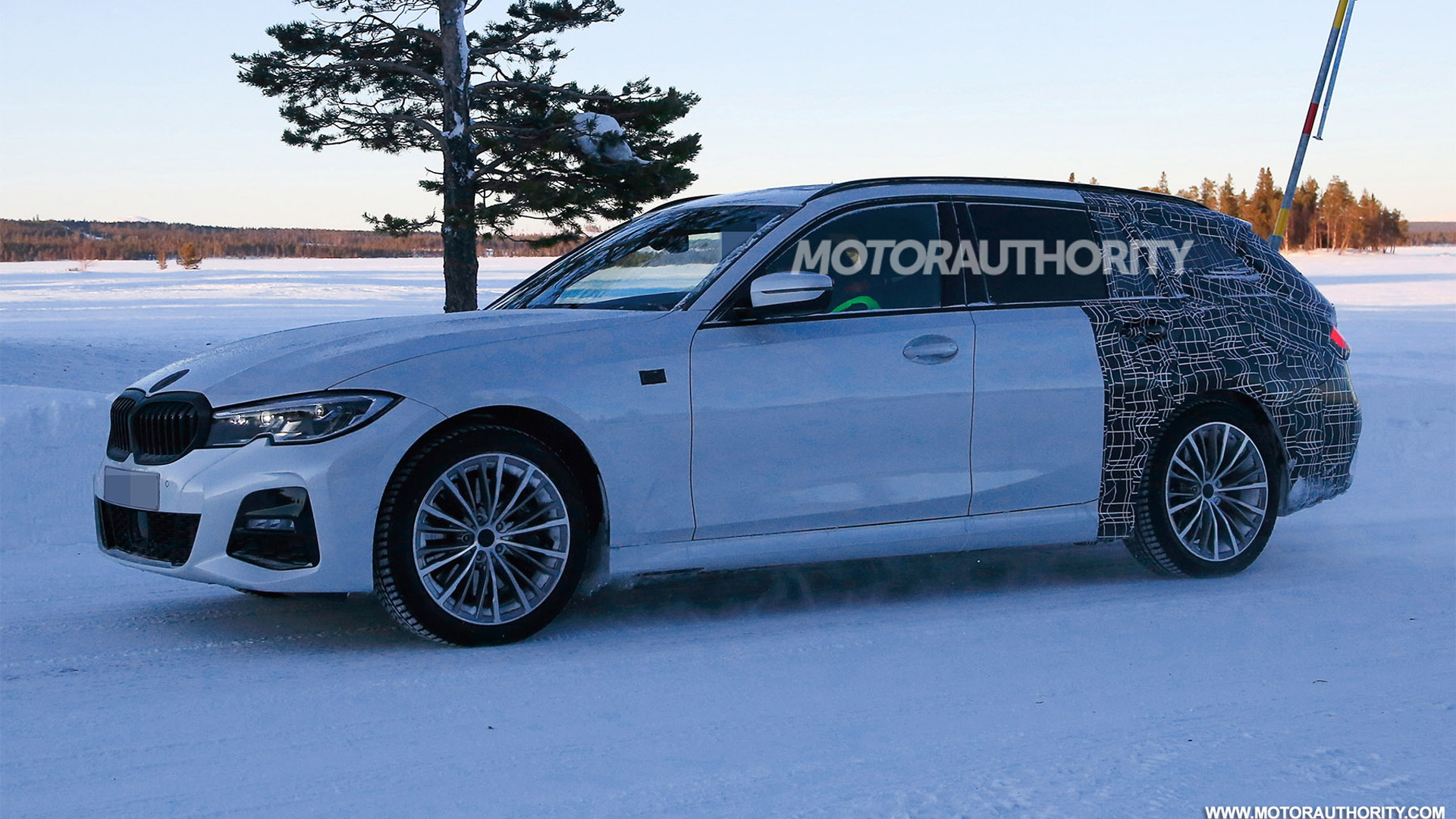 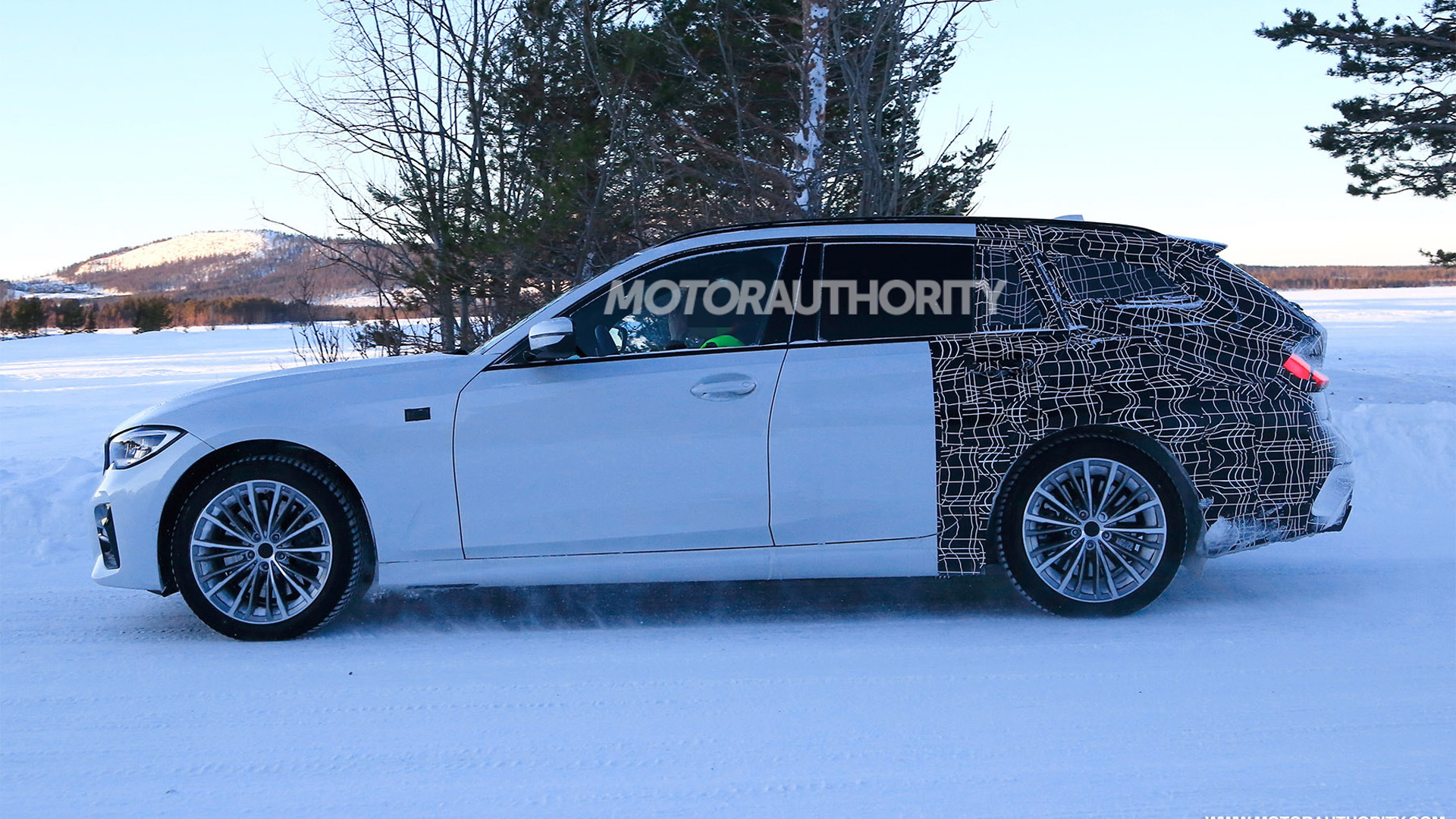 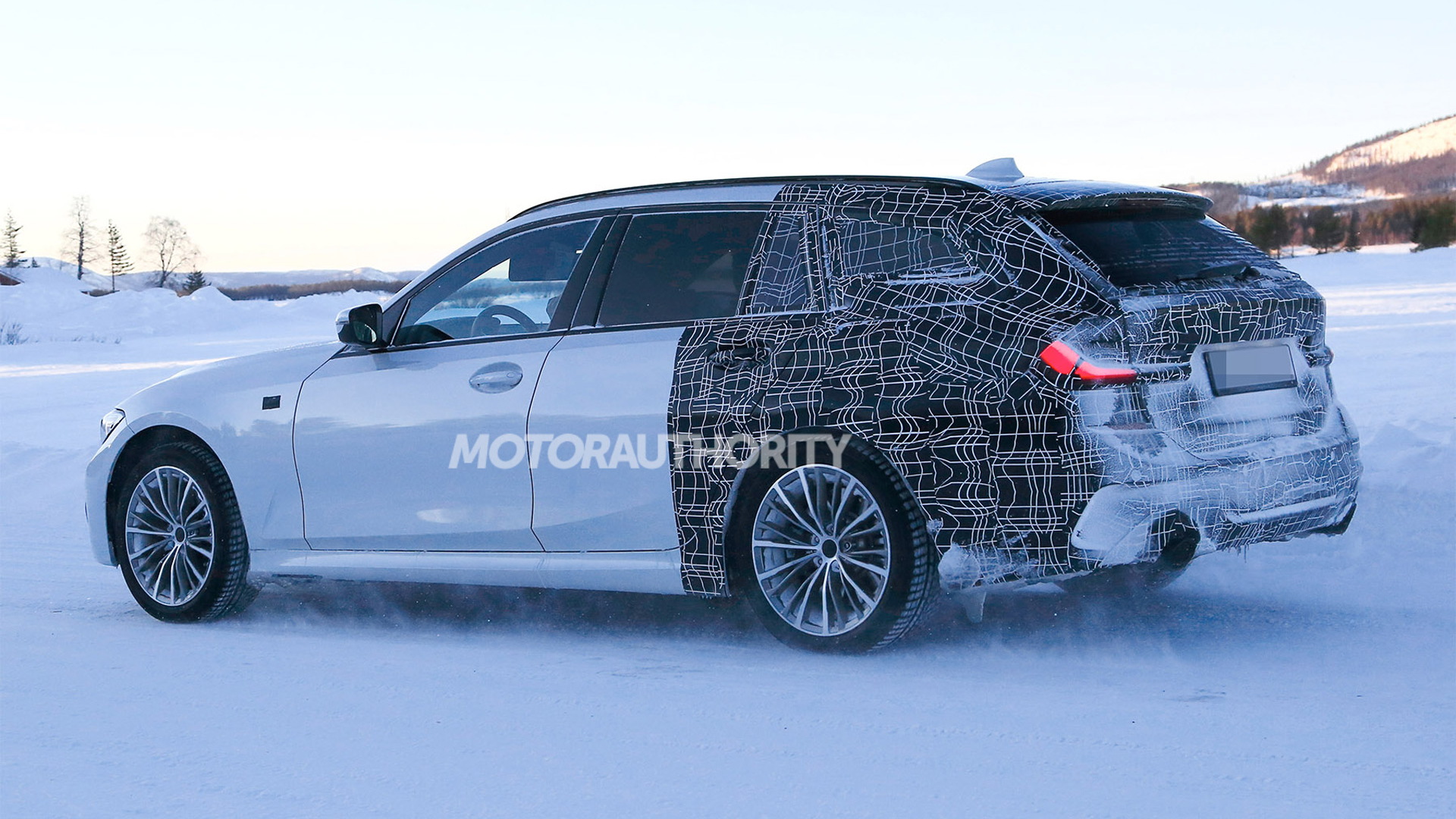 There's a redesigned BMW 3-Series in showrooms, and once again the small sport sedan will spawn a wagon variant, known in the United States as a Sports Wagon. In other markets the 3-Series Sports Wagon is called a Touring.

Our latest spy shots and video show a handful of prototypes for the redesigned 3-Series Sports Wagon, which looks to feature similar proportions to the outgoing model. Some of the testers are likely for an M Performance model as indicated by a body kit and blue brake calipers.

It was previously thought that the redesigned 3-Series Sports Wagon would arrive in U.S. showrooms this year as a 2020 model. However, we've heard that the longroof is no longer planned for our market.

Underpinning the redesigned 3-Series Sports Wagon is BMW's CLAR platform that debuted in the 2016 7-Series. The modular platform incorporates lightweight materials such as aluminum, magnesium and, in the case of the 7-Series, carbon fiber-reinforced plastic.

It should bring weight savings of around 88 pounds for the new 3-Series Sports Wagon. It can also support alternative powertrains including plug-in hybrid and battery-electric applications.

The CLAR platform will also see the new 3-Series Sports Wagon benefit from a 10-millimeter lower ride height, a wider track, increased wheel camber, and increased rigidity (for the body and suspension) compared to the current model.

The core powertrains should be turbocharged 4- and 6-cylinder inline engines displacing 2.0 and 3.0 liters, respectively. The 2.0-liter mill should feature in a 330i model while the 3.0-liter mill should be reserved for an M340i M Performance model. Diesel and plug-in hybrid options should also be in the pipeline and we've heard that the wagon may also receive the M3 treatment this time around.

An 8-speed automatic and rear-wheel drive will be standard on the 3-Series Sports Wagon in most markets.

Look for a debut in the lead up to the 2019 Frankfurt International Motor Show this September.