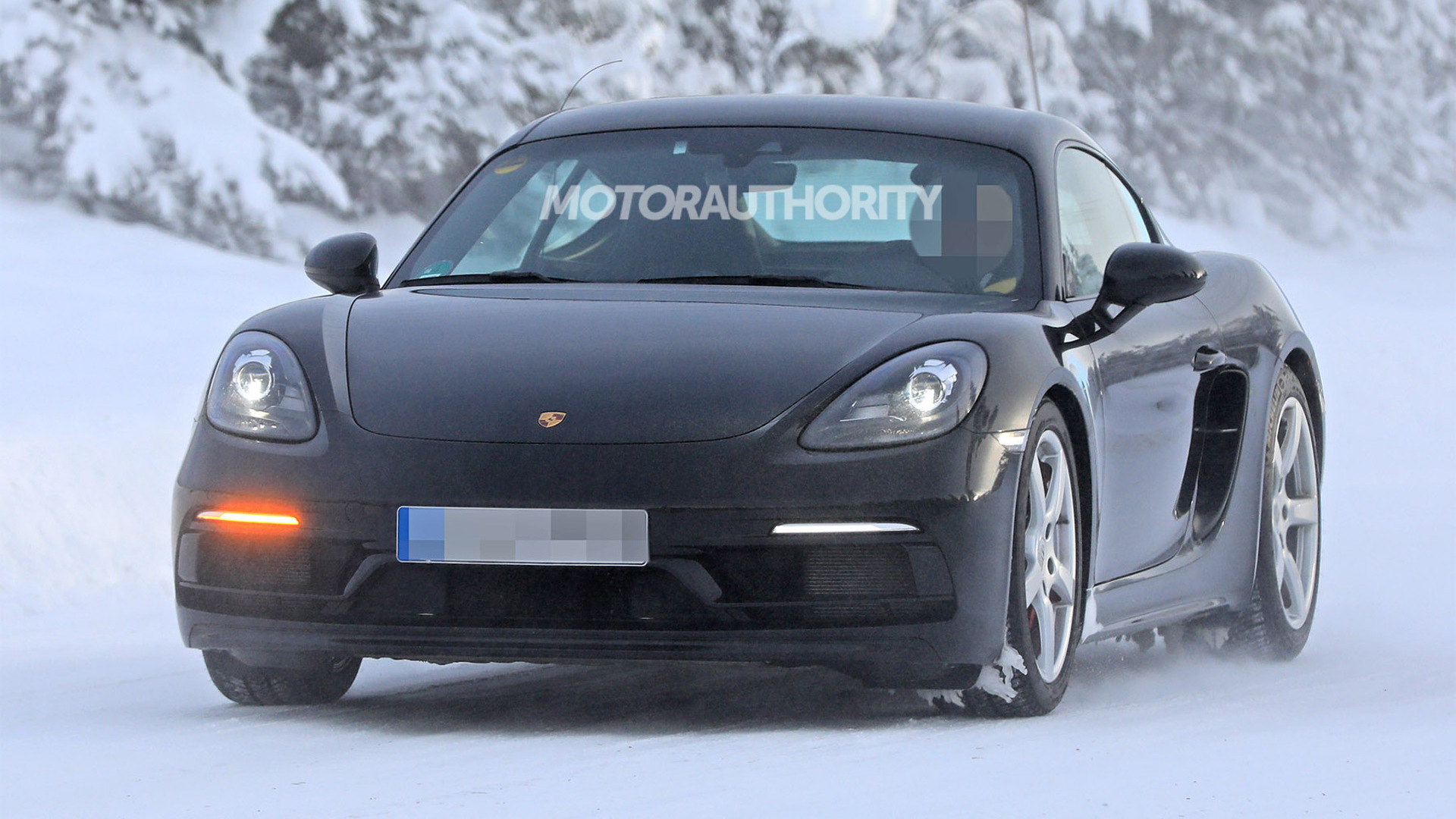 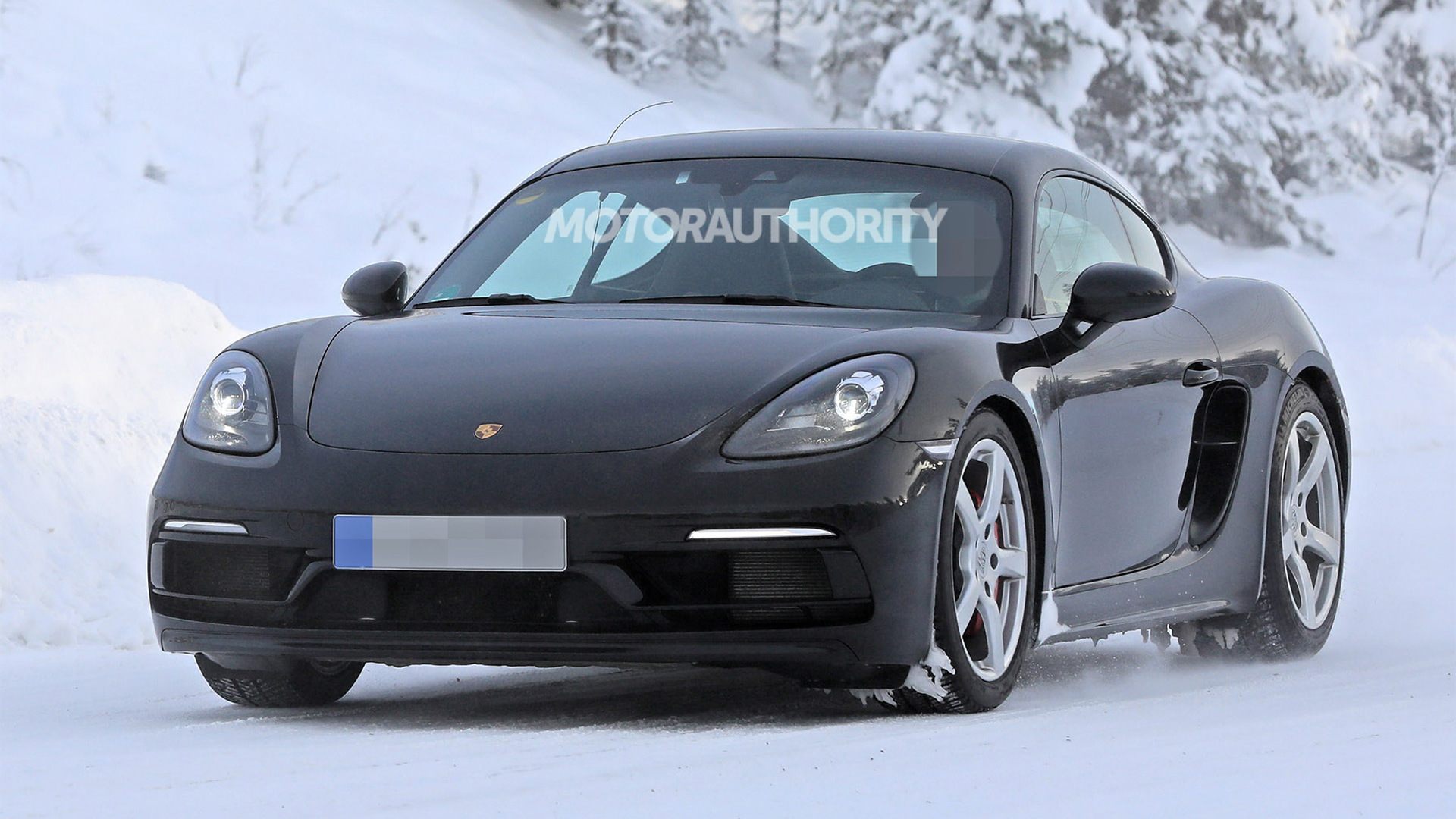 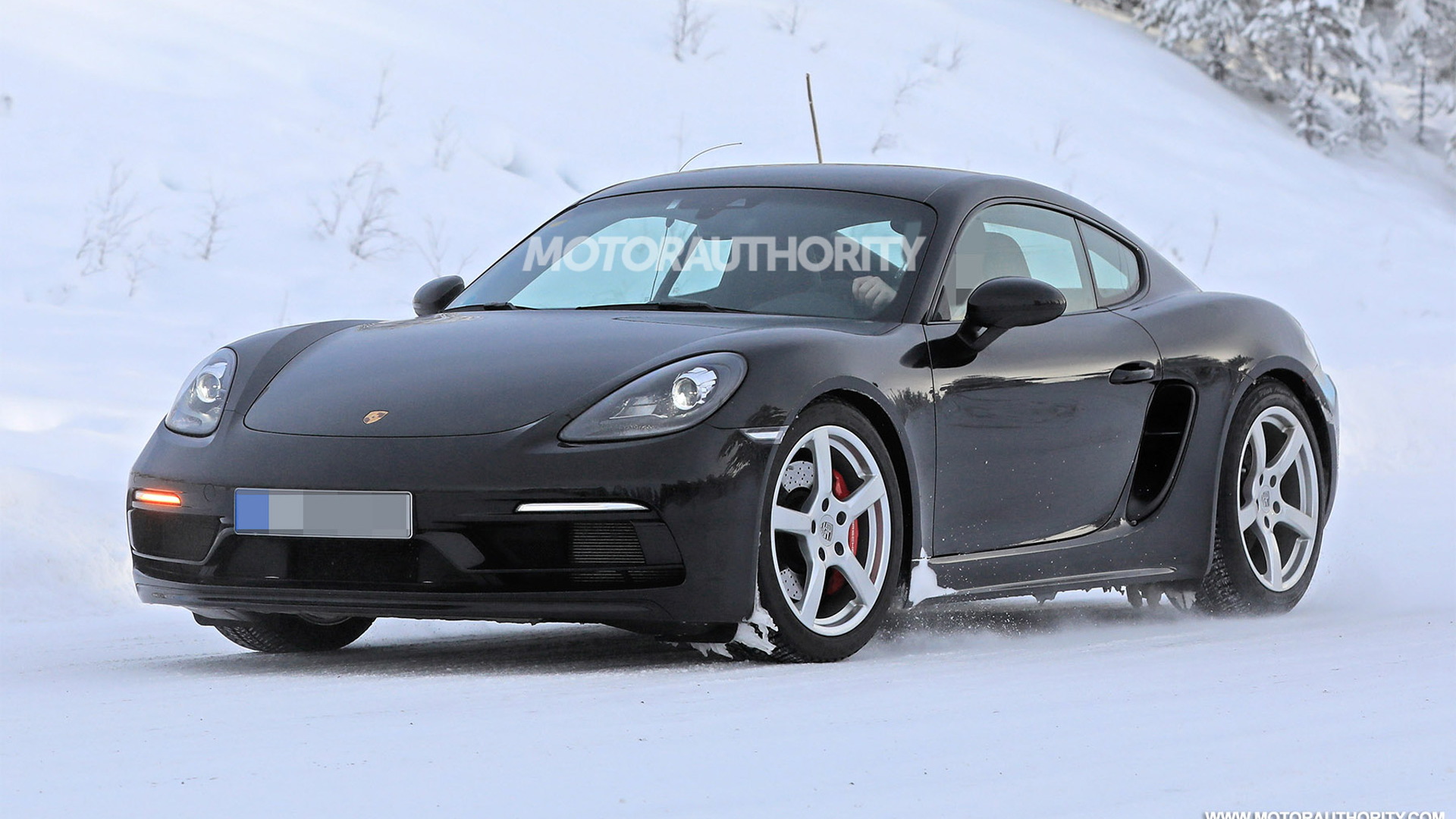 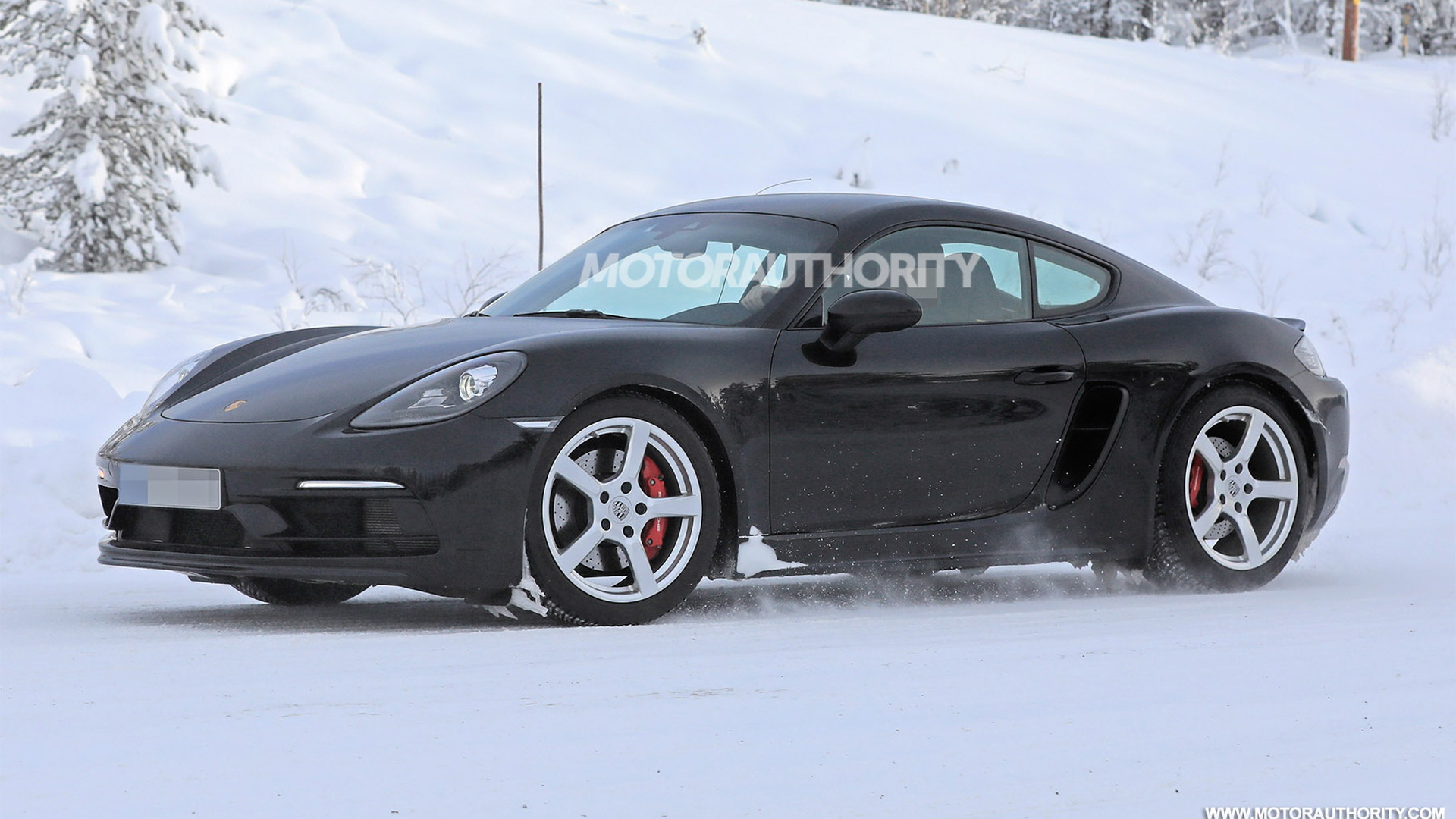 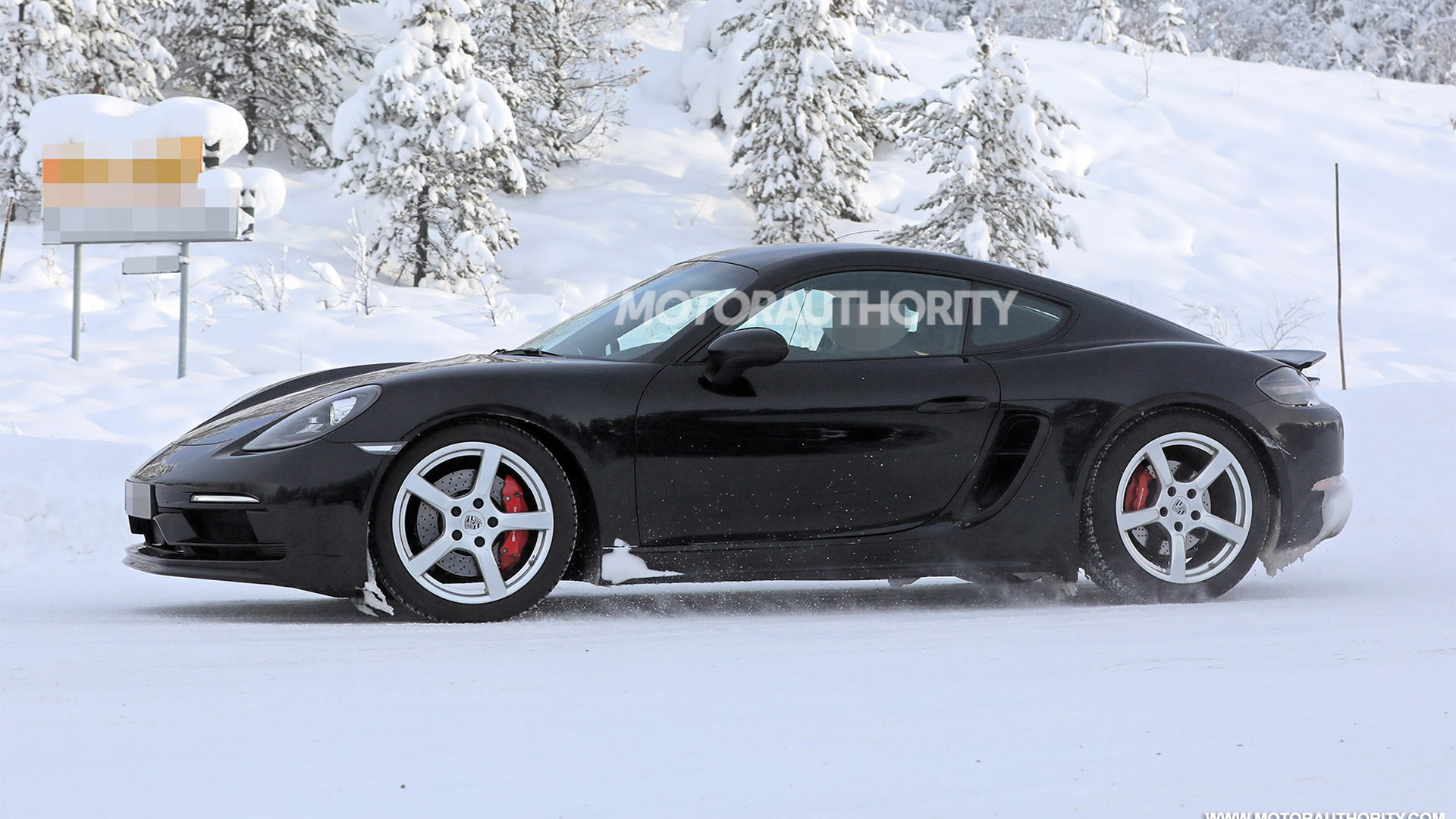 Porsche booted the flat-6 engine from the Boxster and Cayman when it updated the cars for 2017, and added a 718 to their names in the process.

However, the automaker will add back a flat-6 for upcoming 718 Boxster Spyder and Cayman GT4 models due later this year, and our latest spy shots suggest the regular 718 Boxster and Cayman may feature the option as well.

Our latest shots show a regular Cayman with the same exhaust tips featured on prototypes for the Cayman GT4, suggesting the same engine resides within.

The mystery Cayman is also devoid of the larger front intakes found on the Cayman GT4 prototypes, as well as the latter's rear spoiler. This suggests Porsche might be cooking up a slightly tamer version of the Cayman GT4 based on the regular Cayman, i.e. something to fill the wide gap between the Cayman GTS and Cayman GT4.

The Boxster is expected to receive the same treatment as similar testers based on the open-top car have also been spied.

It isn't clear what Porsche is planning but it is possible we're looking at something similar to the 911 GT3's Touring Package being developed. It essentially packed all of the goodness of the 911 GT3 in a more discrete wrapper.

With rumors Porsche is considering replacing the 718 with an electric sports car, cars like the Boxster Spyder and Cayman GT4—and their potential Touring Package siblings—may be the last chance to snag an entry-level Porsche sports car with a flat-6. Stay tuned.