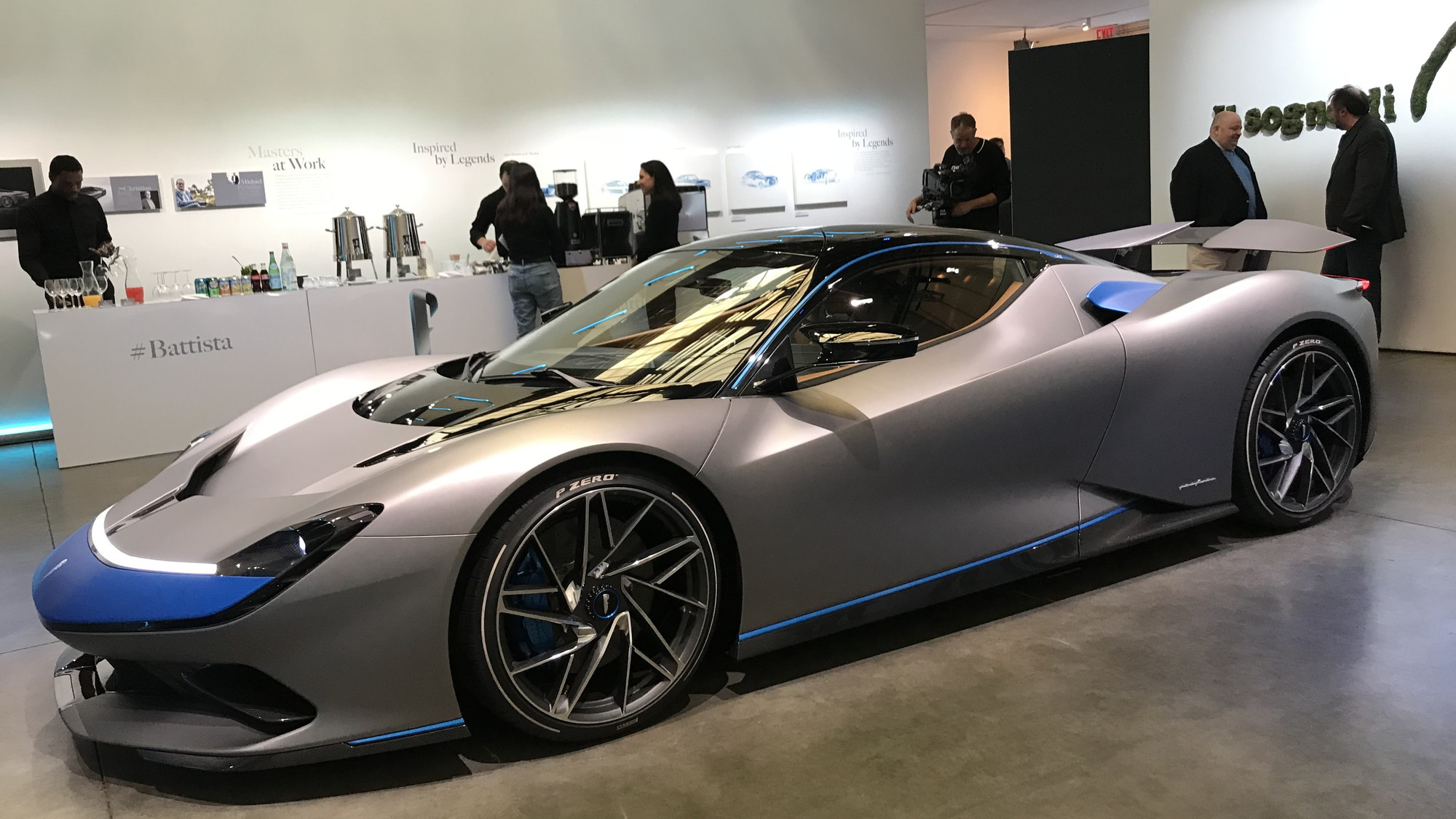 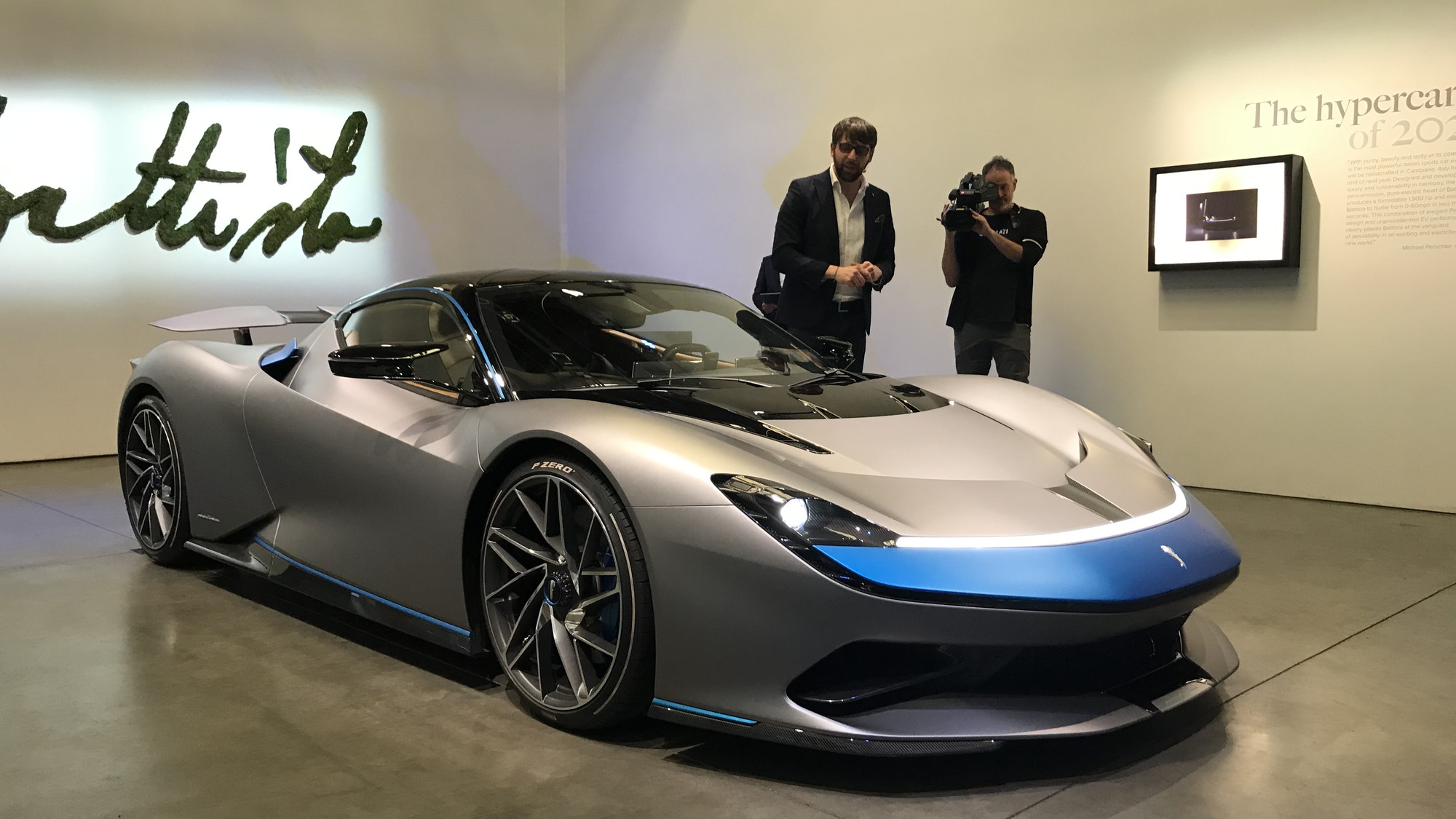 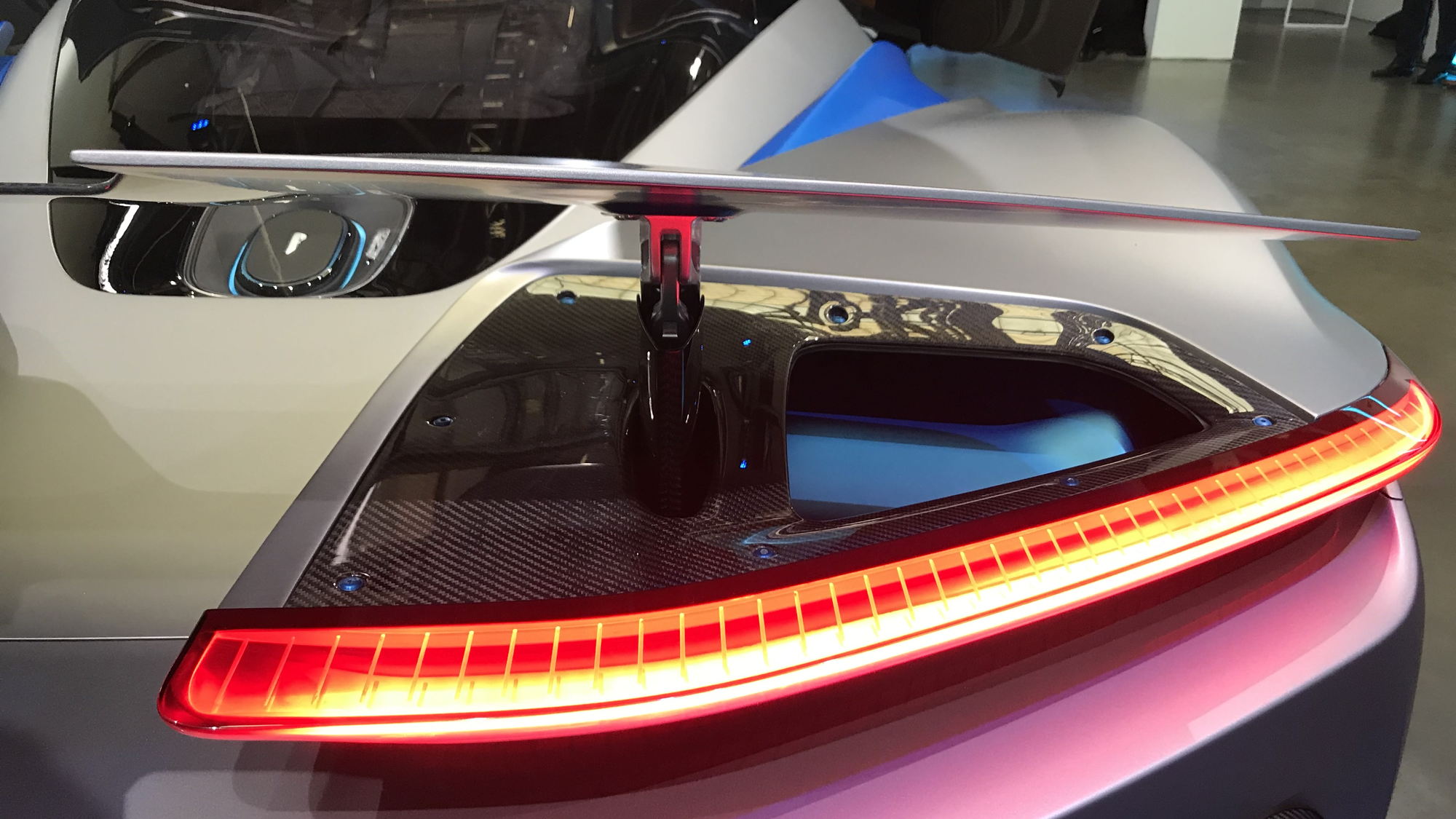 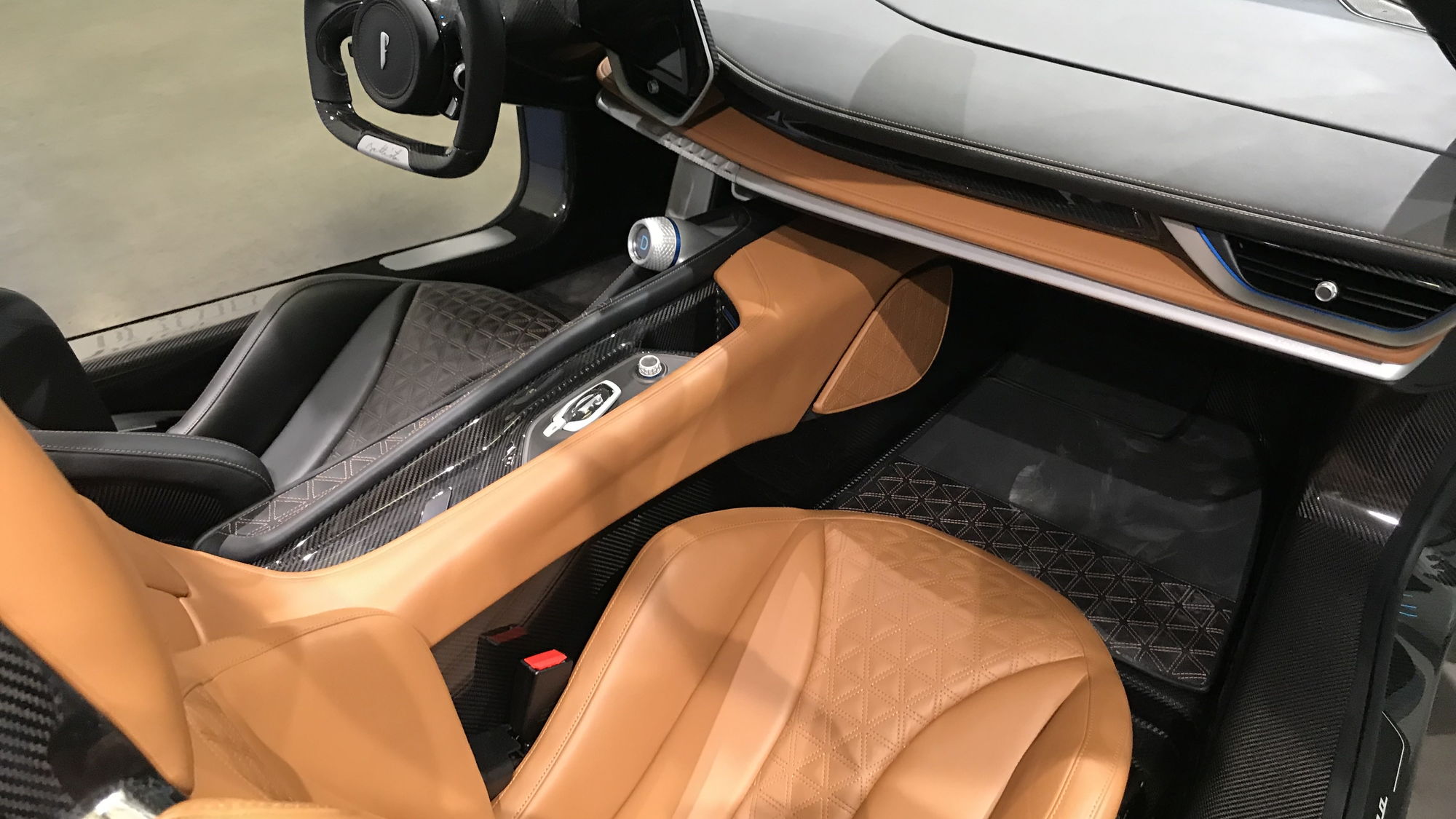 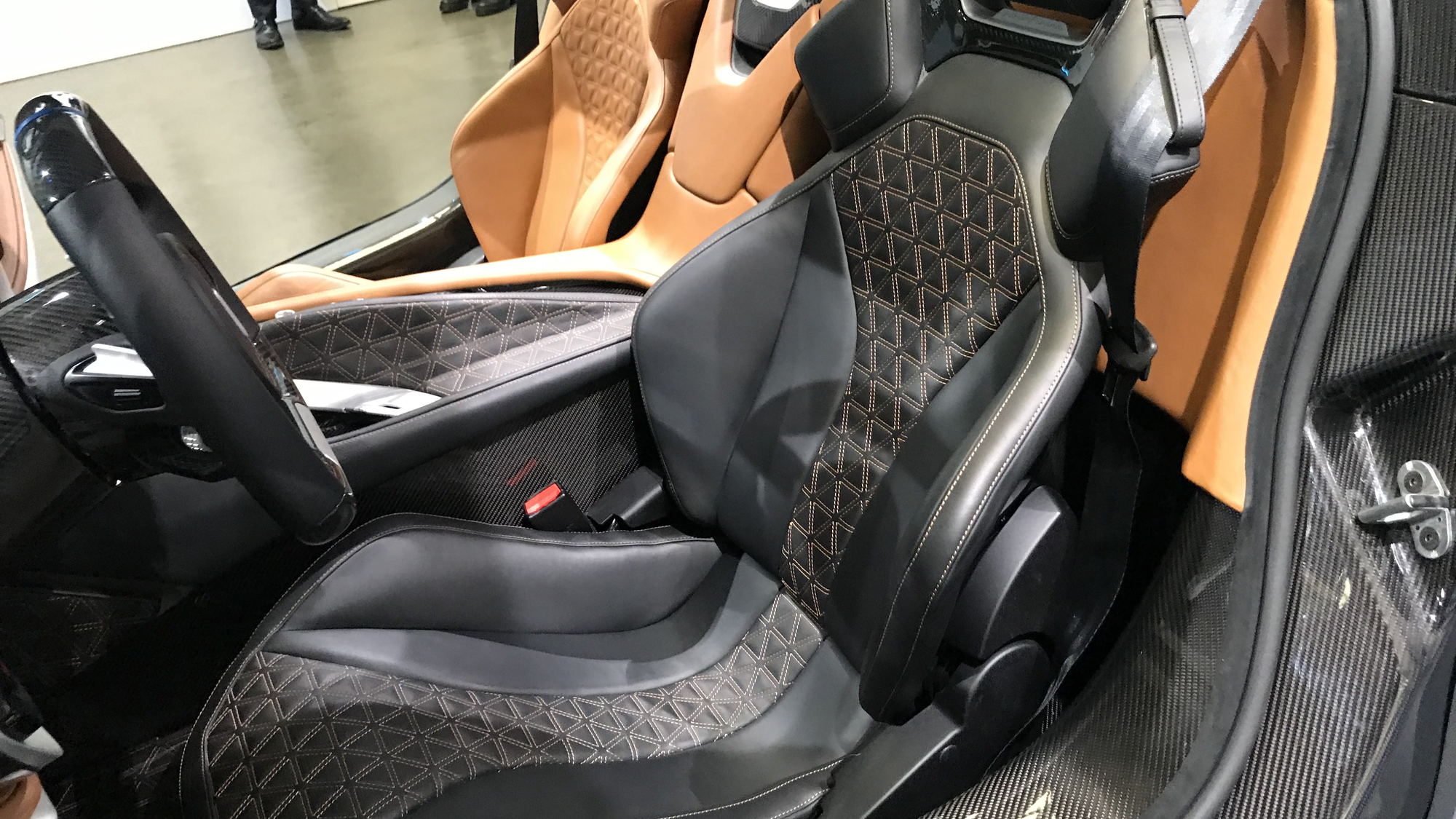 Nick Heidfeld signed on as the test and development driver for the Pininfarina Battista, but he's never turned the wheel in anger. In fact, he hasn't driven the car at all because there's no car to drive. Pininfarina plans to begin testing the 1,877-horsepower electric supercar early next year.

Motor Authority spoke to Heidfeld and Battista engineer Rene Wollman on the sidelines of the New York International Auto Show in April and learned that the company is just now building the first few chassis. Heidfeld said the monocoque will have to be crash tested before any drive tests are done.

With testing still six or seven months away, Pininfarina's goal of putting the first car in a customer's hands by the end of 2020 seems in doubt. However, Wollman said the development process is still on track.

Testing on simulators was scheduled to begin in May or early June, according to Wollman.

Wollman said the simulator testing will help accelerate the development process by providing learning that can help with changes before the car is ever put on the road.

Heidfeld said it's unclear where the company will test the car at the moment but it will probably be somewhere in the south of Europe. Wollman said Europe has a choice of racetracks for testing, but the company hasn't chosen which it will use yet. That will become clear early next year.

For now, Heidfeld acts as a brand ambassador. Once he gets behind the wheel, though, he'll tap into his years of racing experience, including his time in Formula One, to hone the car's dynamics.

"With my experience from motorsport, I'm quite confident that I'll have a good feeling for what the car's doing, how it's behaving, if it's understeering, oversteering, to tune it perfectly for the track," Heidfeld said, noting the car won't only be a track weapon. "For me personally the primary target is to make this car fun to drive," he continued.

Heidfeld explained that he will drive the car and give feedback to the engineers about how it acts, pointing out what components may contribute to that behavior. It will then be up to the engineers to adjust the car accordingly. This will be Heidfeld's first experience helping to develop a road car.

The Pininfarina Battista will take its 1,877-hp powertrain from Croatian electric-car firm Rimac. Rimac has proven its electric car prowess with the Concept_One, and plans to begin deliveries of the C_Two in 2020. However, Rimac's main business is supplying electrification technology to automakers, and it recently secured a $90 million investment from Hyundai to do just that. The Battista's powertrain will comprise four electric motors and a 120-kwh battery pack to deliver 1,696 pound-feet of torque and a 0-62 mph time of 2.0 seconds, numbers similar to those of the C_Two. With a motor for each wheel, pinpoint torque vectoring will be possible.

"One of the cool things is going to be the torque vectoring. It's a huge benefit, and a fantastic tool to tune the car to probably whatever we want it to do," Heidfeld said.

Even though Rimac will provide the parts, Pininfarina will calibrate the powertrain.

"You can really do a lot in calibration," Wollman said, stressing that the car will act differently from a Rimac.

The car will use a carbon-fiber monocoque with another monocoque for its T-shaped battery pack. The suspension will consist of double wishbones front and rear, with conventional dampers, springs, and anti-roll bars. The company is looking at adaptive dampers at this point, but that could change. The car will also offer five drive modes, with settings to bring forward aspects like comfort, sportiness, and range.

The Pininfarina Battista is expected to sell for about $2.2 million and the company will only build 150 of them. That's a lot more than the 25 C_Twos Rimac plans to build.

Will Heidfeld get one of those cars?

"Not for free that's for sure. I tried my hardest in negotiating," Heidfeld said, noting there will be no discounts for anyone, even the CEO.

Well, at least he'll get to drive it, which is a lot more than most of us. He'll just have to wait awhile.