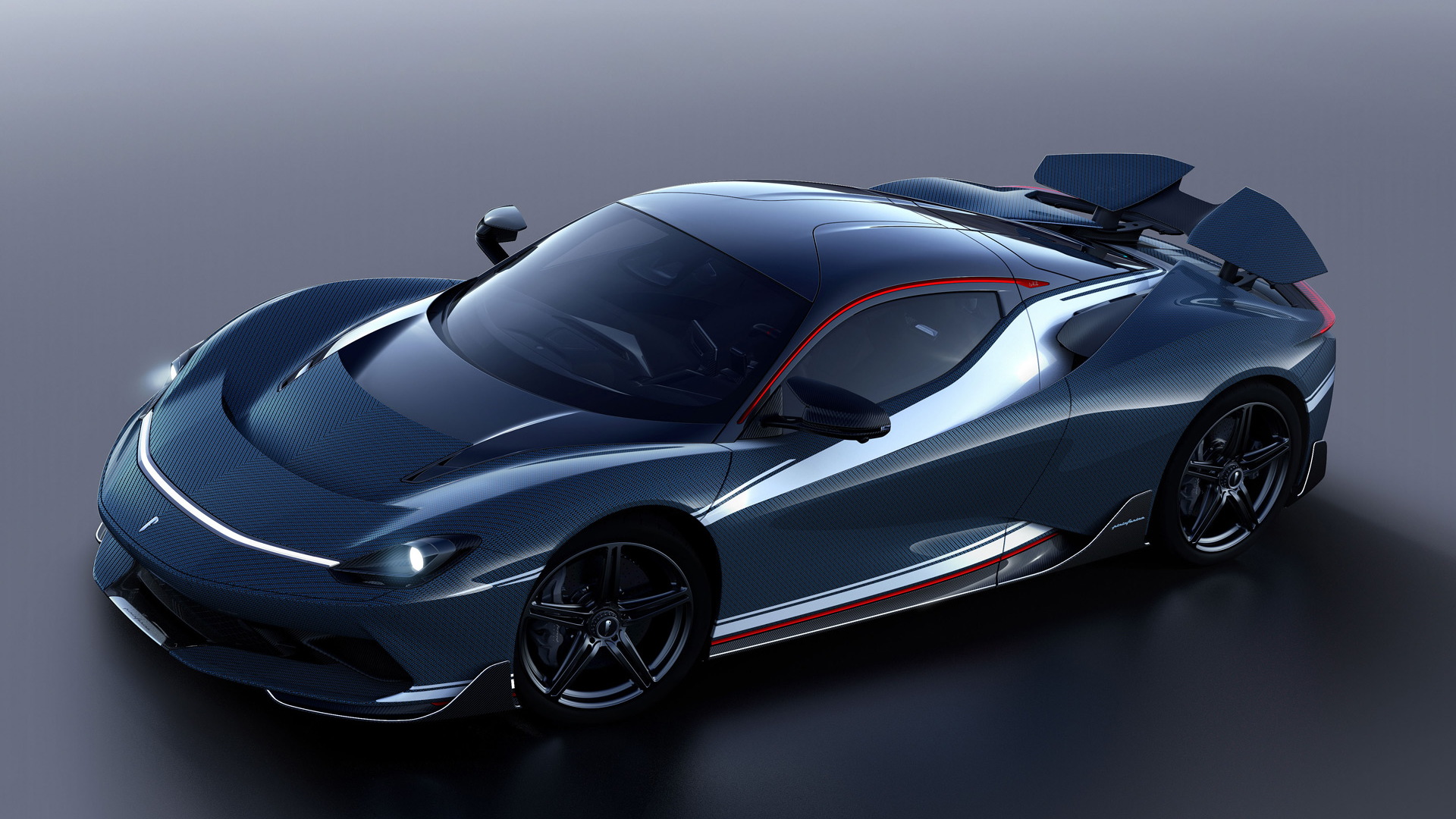 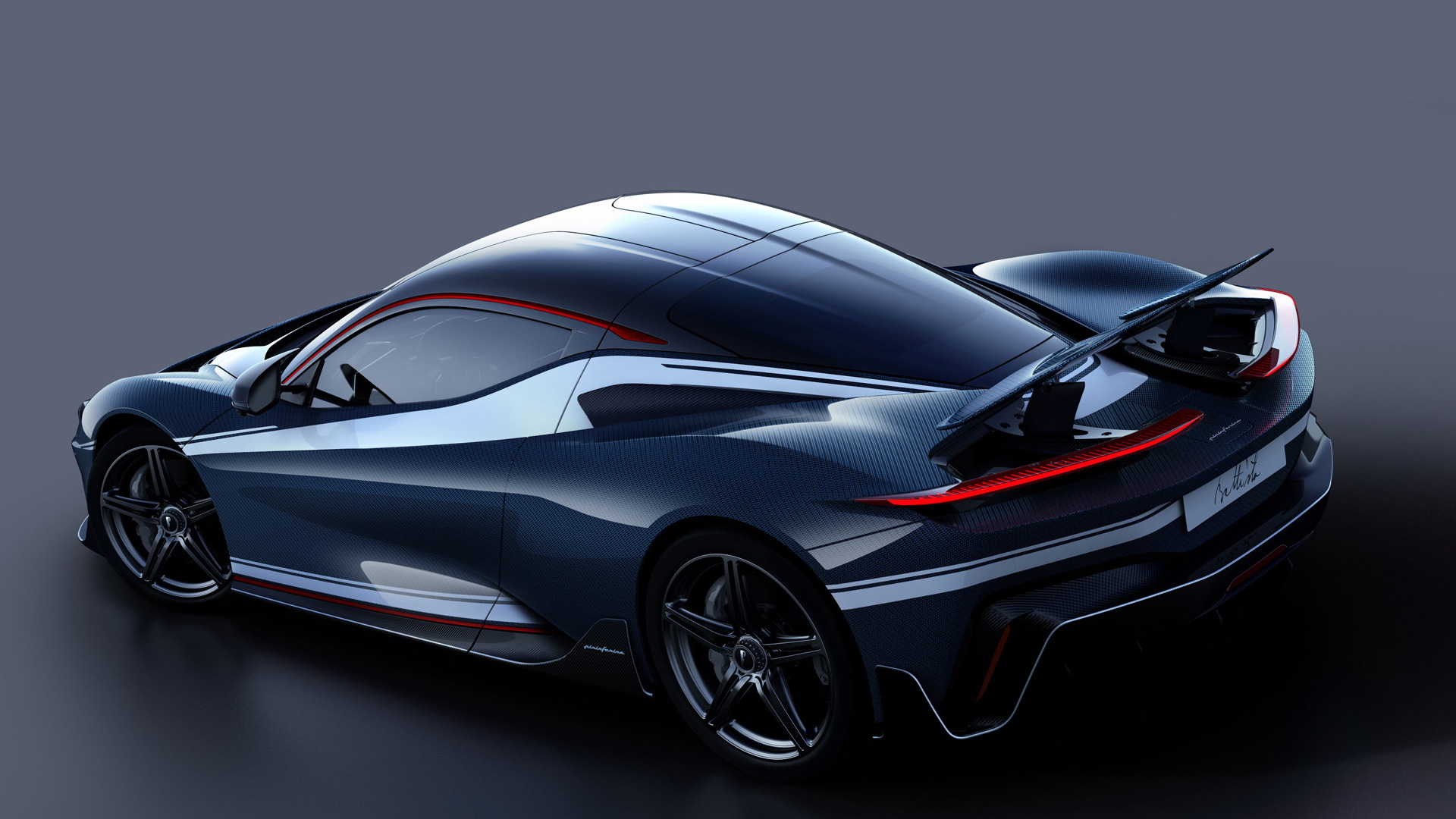 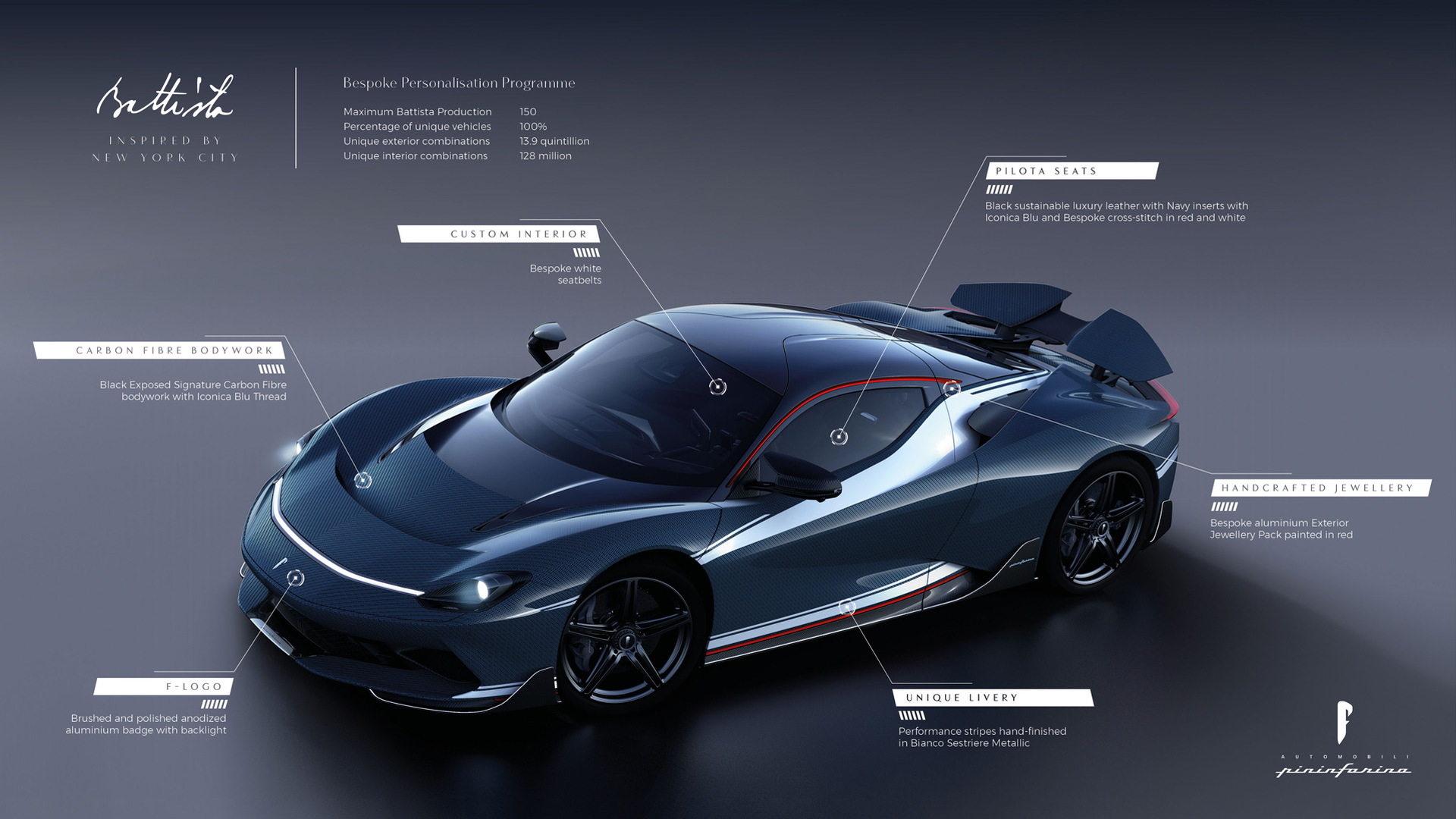 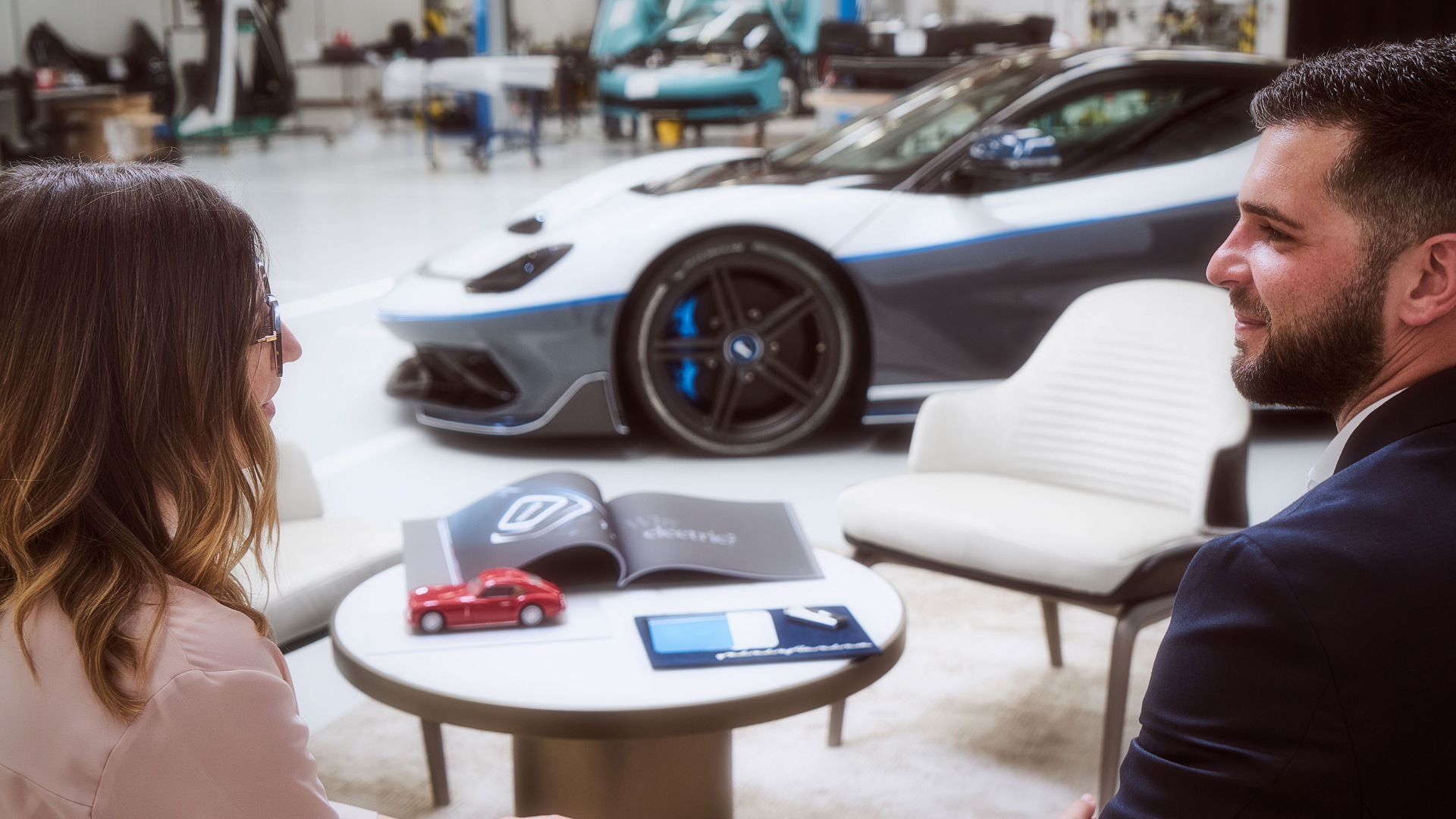 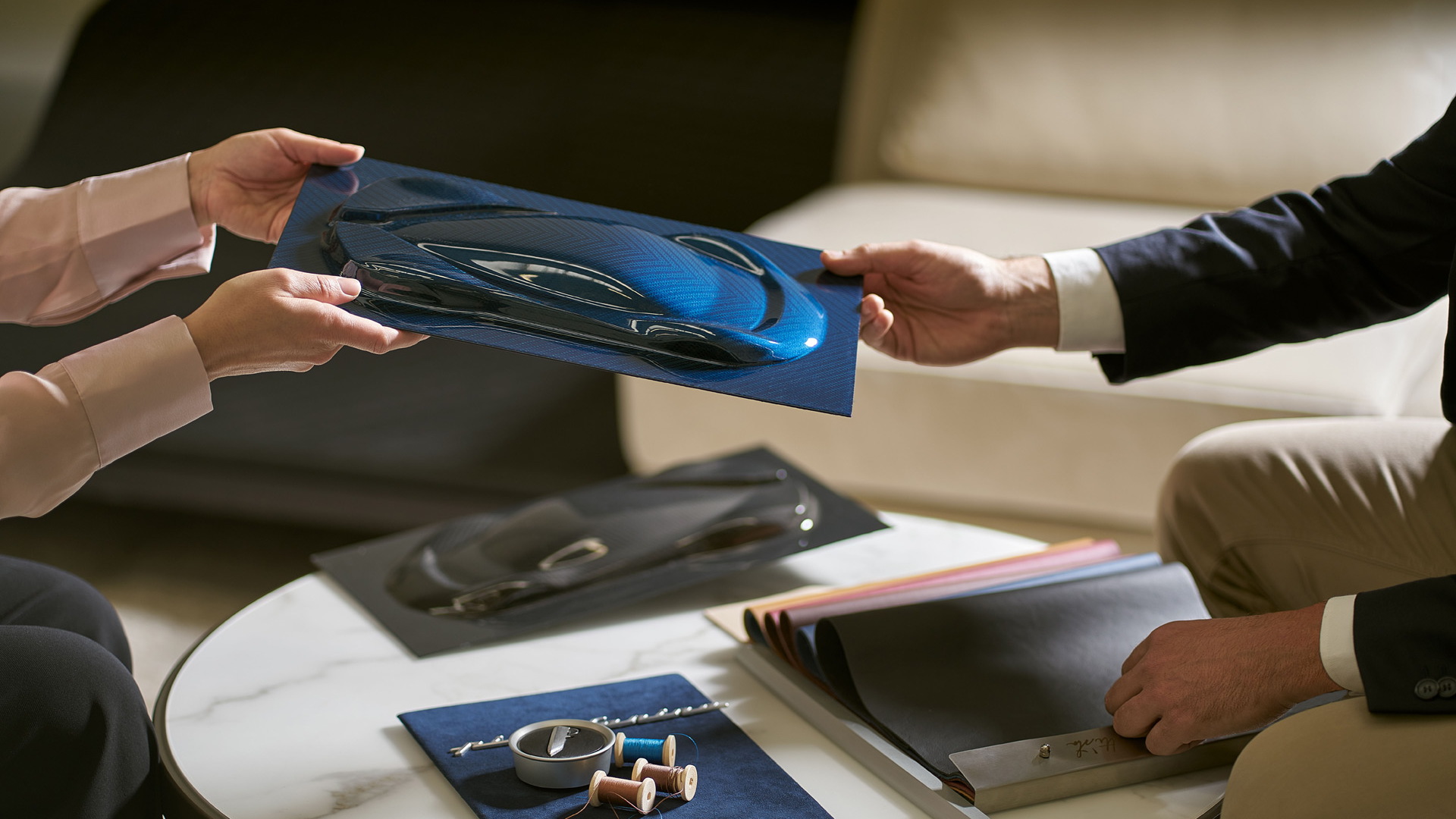 Pininfarina plans to build 150 examples of its Battista, and no two examples will be exactly the same. That's because customers are being invited to take part in a personalization program that will offer a total of 128 million combinations for the electric hypercar—all made possible due to the numerous options on offer.

Pininfarina on Wednesday showed off the first customer specification for a Battista, which the company said was inspired by New York City. The design features bare carbon with a blue weave, along with red and white stripes that on the actual car will be painted by hand. The wheels are a pattern called Impulso, and are finished in matte gray and feature a black center-lock ring. Black is also used for the roof, rear diffuser and rear wing.

Pininfarina hasn't shown the interior but said the owner choose a combination of black leather and blue Alcantara for the trim. The red and white accents of the exterior are also carried into the cabin, for instance for contrast stitching and a logo on the headrests. Black and red are also used for some brushed aluminum detailing.

Pininfarina's personalization program can be undertaken via the Internet and eventually at a new design studio located at Pininfarina's headquarters in Cambiano, Italy, where production of the Battista will be handled. Pininfarina has previously said that Battista production will start in 2021.

The Battista was first shown as a prototype at the 2019 Geneva International Motor Show, and since then has undergone rigorous testing, including extensive sessions in the wind tunnel and at racetracks around Europe. The car features a four-motor powertrain related to the setup in the Rimac Nevera, and is claimed to pack 1,877 hp and 1,696 lb-ft of torque.

As mentioned above, just 150 examples will be built, with 50 of those earmarked for North America. The price tag is set at 2 million euros ($2.35 million).

Despite still being in its infancy, the new Pininfarina car manufacturing division already has four more models on the drawing board, all based on a modular platform Pininfarina is developing together with its engineering partners. There is expected to be a crossover, sedan, coupe and convertible. A concept previewing the crossover should be revealed later in 2021.