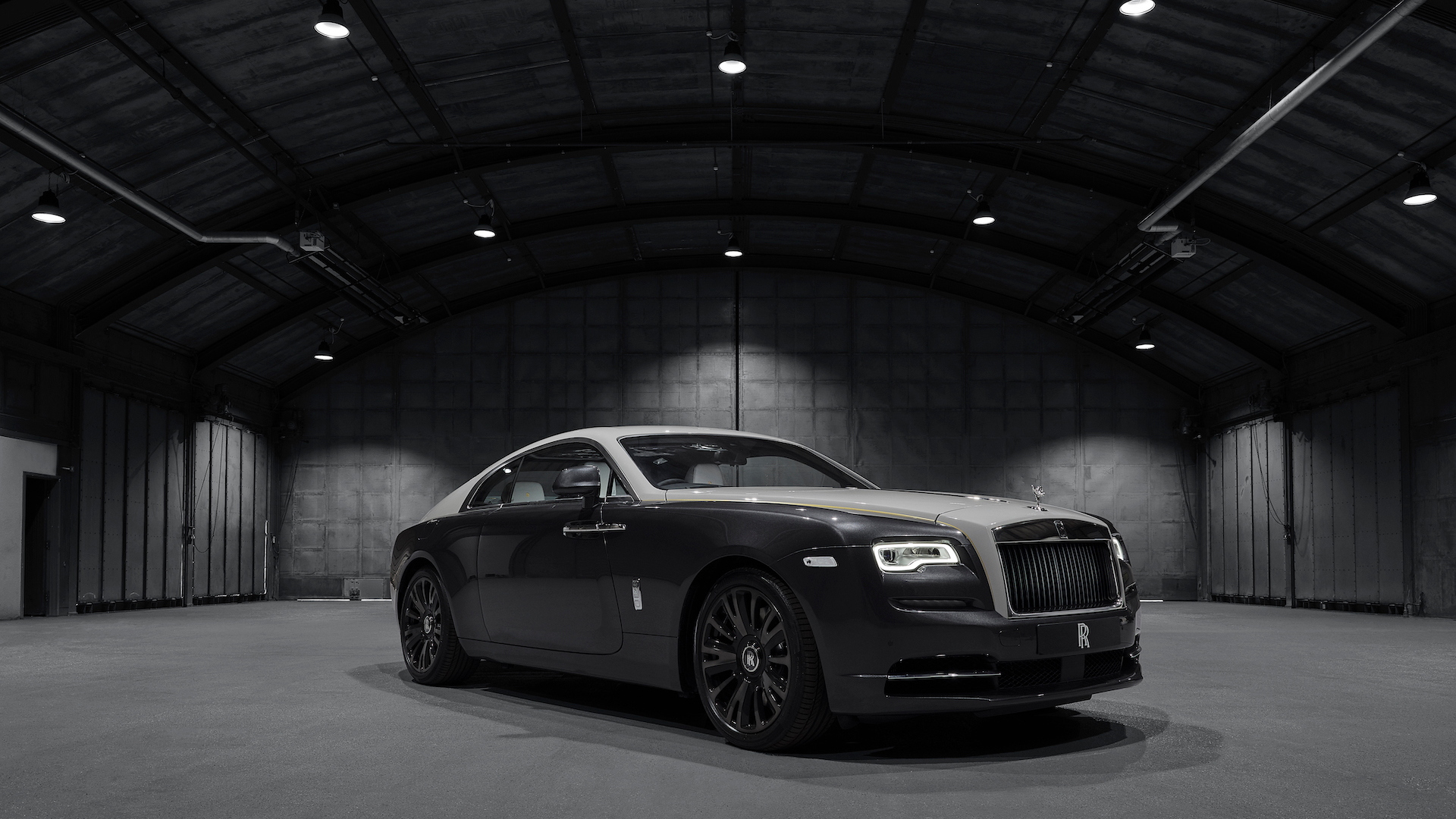 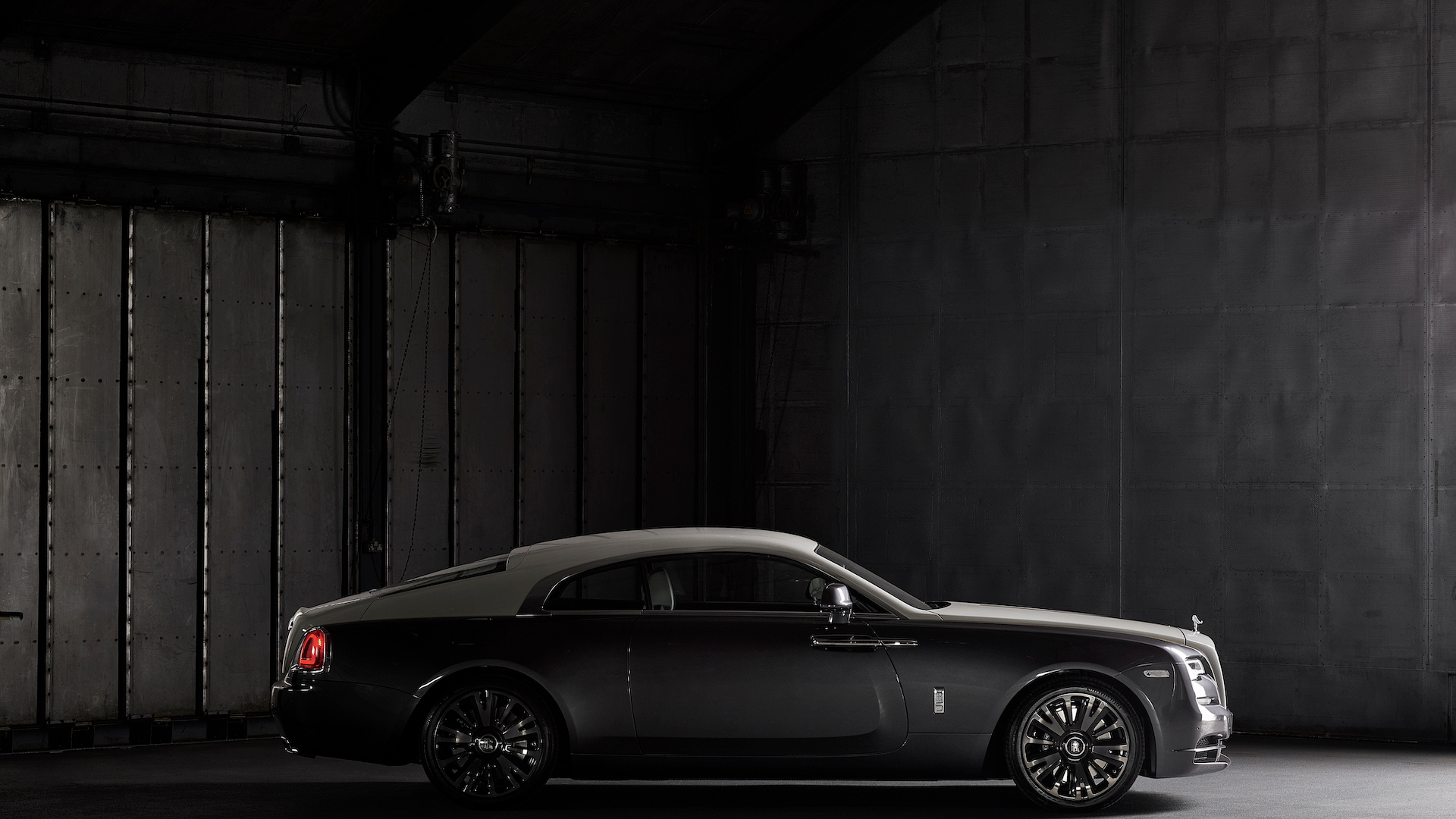 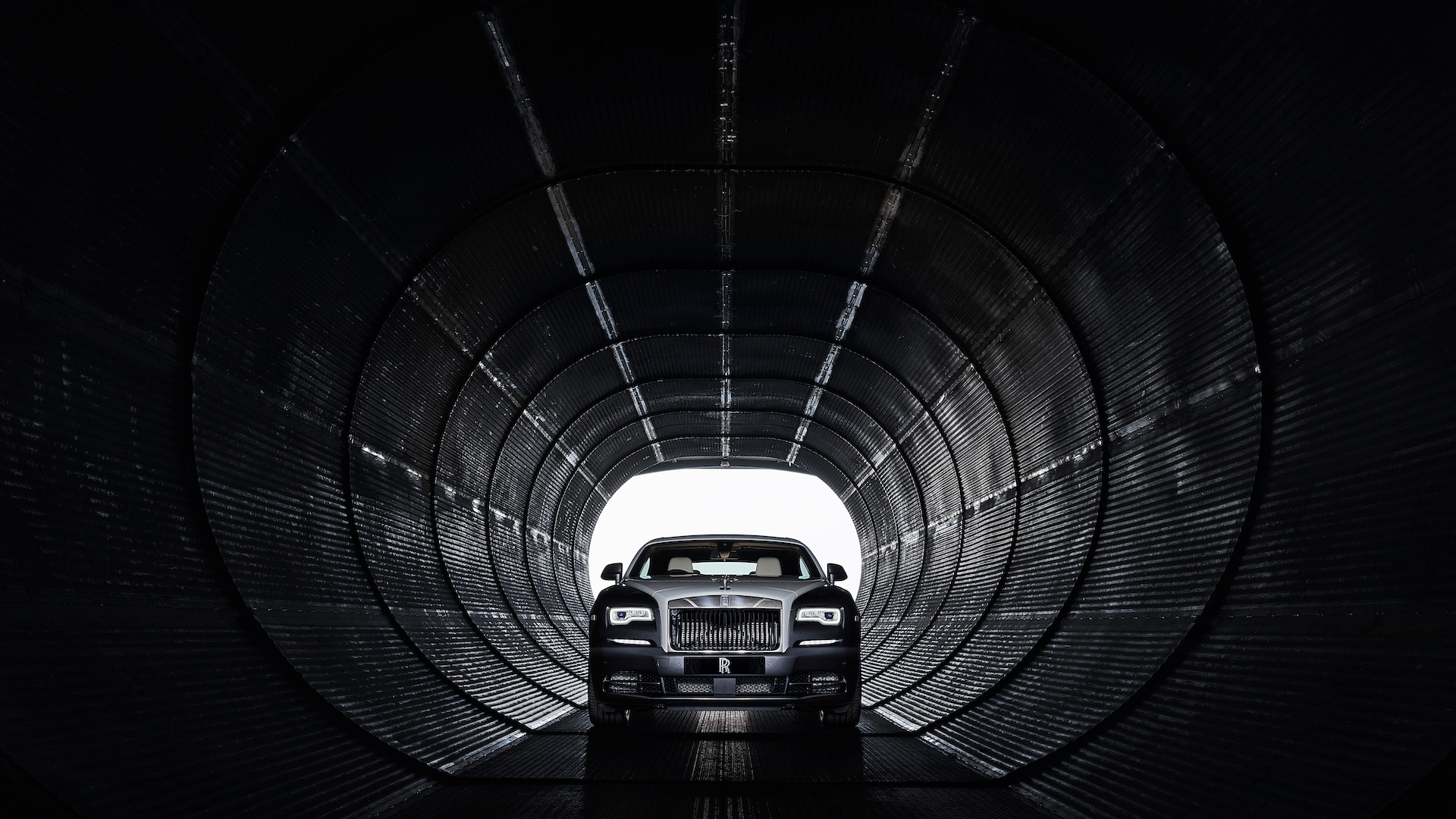 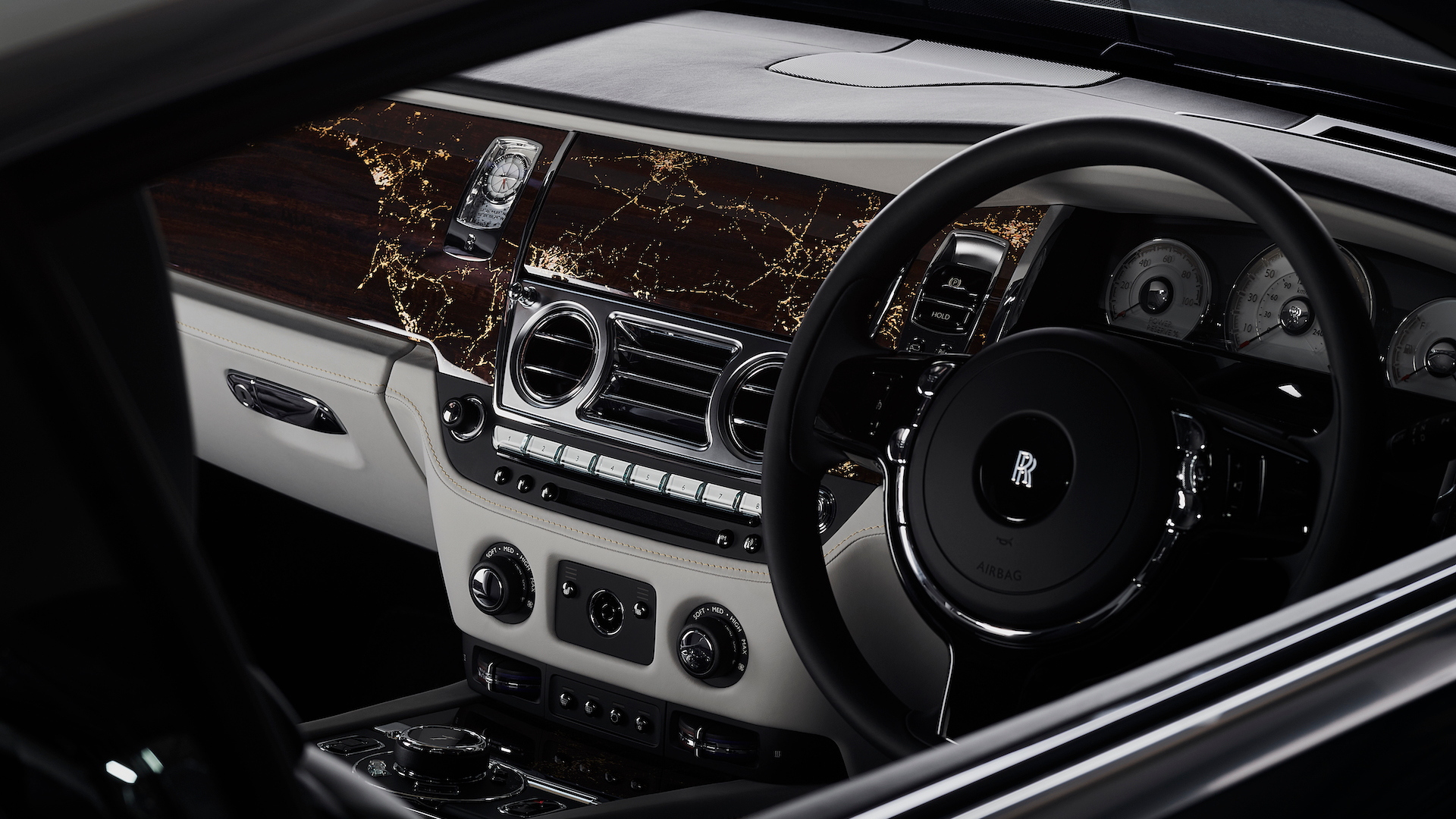 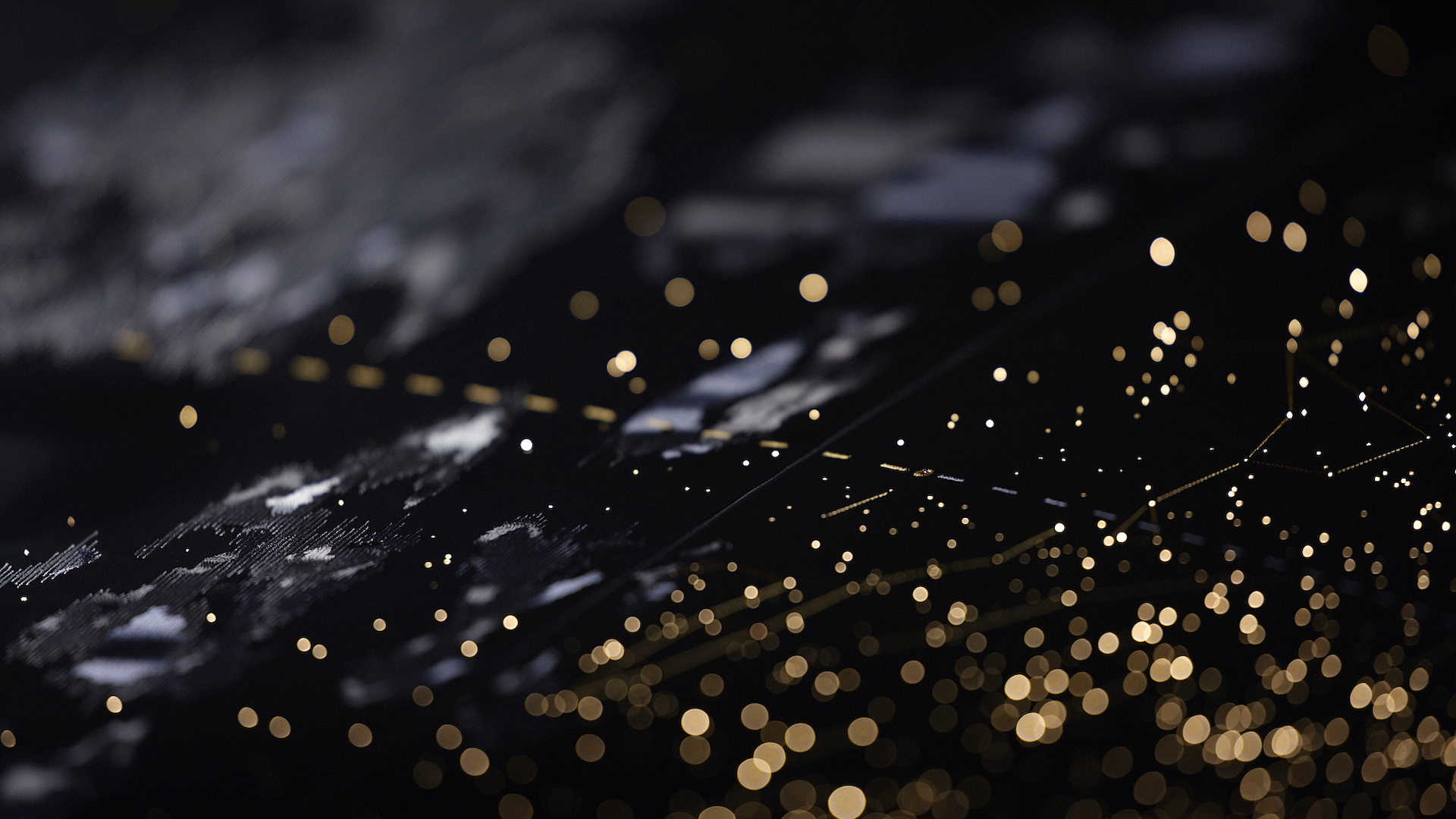 In 1919, the world's first non-stop trans-Atlantic flight happened, and Rolls-Royce engines provided the power to make it happen. Marking the 100th anniversary of the 20th-century milestone, Rolls-Royce crafted a limited-edition line of Wraith luxury cars with jaw-dropping nods to the flight.

The British luxury marque showcased the Wraith Eagle VIII on Thursday that tells the story of Captain John Alcock and Lieutenant Arthur Brown's journey across the Atlantic ocean. First, a bit of background on the plane itself.

A modified WWI Vickers Vimy bomber plane served as Alcock and Brown's vehicle, and was propelled by two 20.3-liter Rolls-Royce Eagle VIII engines. Each made 350 horsepower. The special-edition Wraiths were named after the famous powerplants.

According to Rolls-Royce, the radio and navigation systems froze at high altitude, which blinded the pilots in the nighttime sky. Eventually, they passed through thick clouds only to have Brown navigate by the stars to the coast of Ireland from Newfoundland. 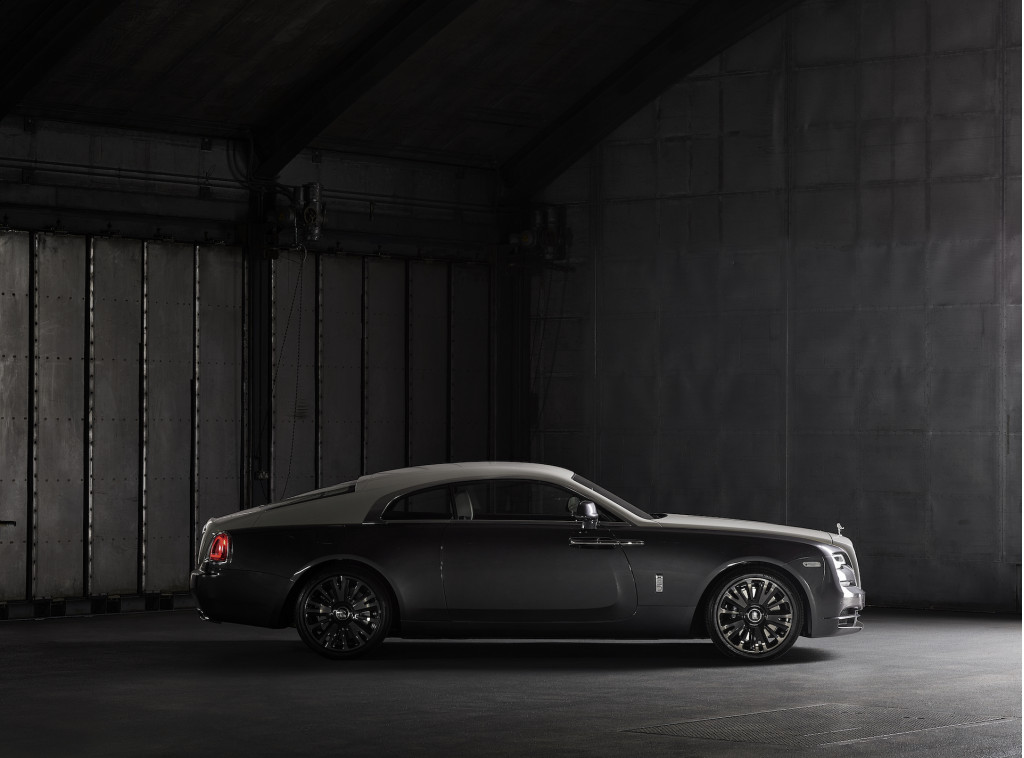 Knowing the story makes the Rolls-Royce's added measure of luxury that much more thoughtful.

The exterior recalls the cloudy night both men faced as they navigated their way through poor conditions. Rolls-Royce chose Gunmetal and Selby Gray with a brass separating line. The latter hints at details to come inside. The car's black grille also nods to the Eagle VIII engines that powered the plane. 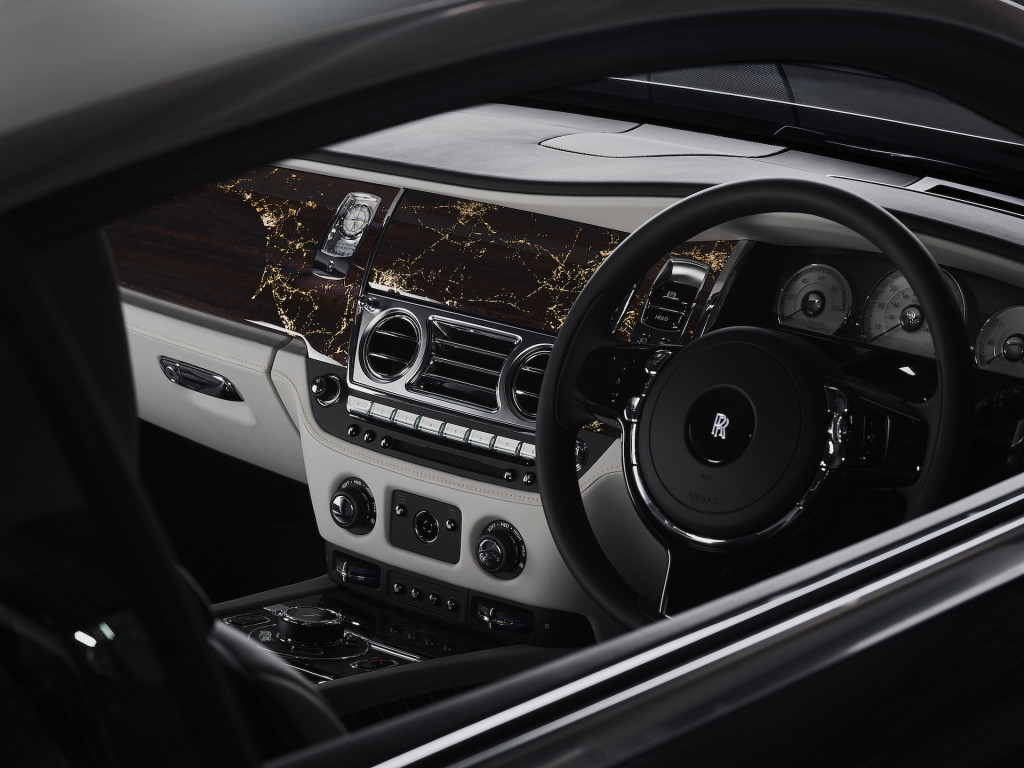 Inside the Wraith Eagle VIII, the interior matches the exterior; gray and black leather abound with lovely brass accents. Rolls-Royce didn't stop there. The speaker covers depict the estimated flight distance of 1,880 miles, while a brass plaque commemorates Winston Churchill's famed quote about the two's journey: "I do not know what we should most admire—their audacity, determination, skill, science, their aeroplane, their Rolls-Royce engines—or their good fortune."

Staring directly ahead reveals smoked eucalyptus wood metalized in gold with silver and copper inlays. The gorgeous piece isn't just for show, though—it showcases the view Alcock and Brown likely saw as their plane exited dense clouds and made their way toward Ireland. 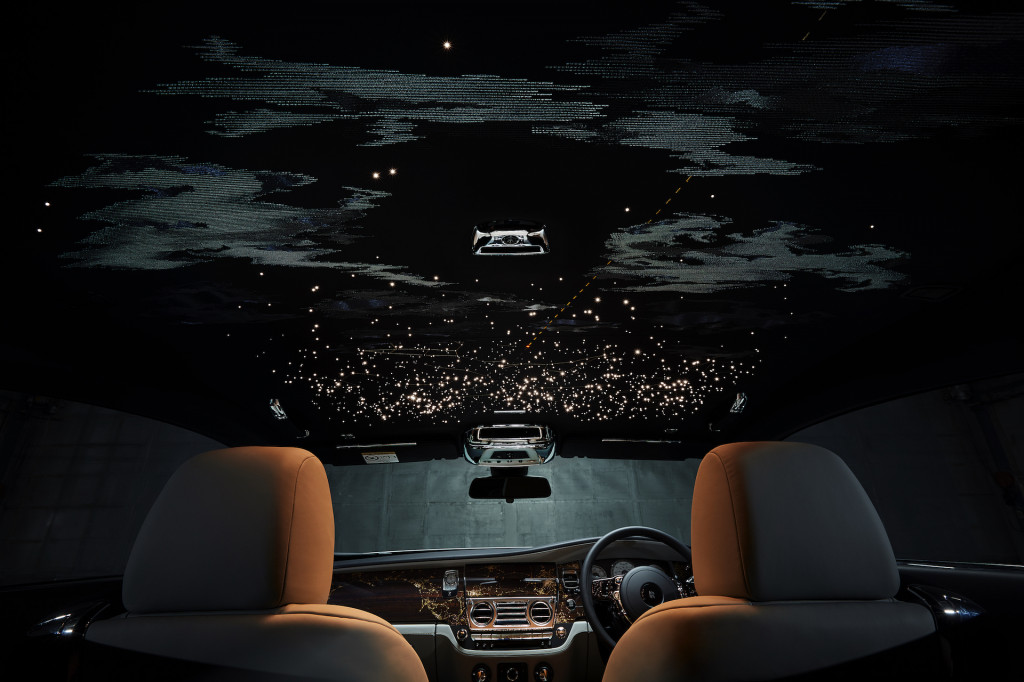 The theme extends to the headliner. While drivers and passengers look ahead, they see the land below; looking upward reveals the starlight headliner. The company used 1,183 starlight fibers to show the exact star pattern the men witnessed that night in 1919. The flight path and constellations are shod in brass thread, while clouds feature a separate embroidered color. The moment Alcock and Brown emerged from the clouds is represented via a red fiber optic light. 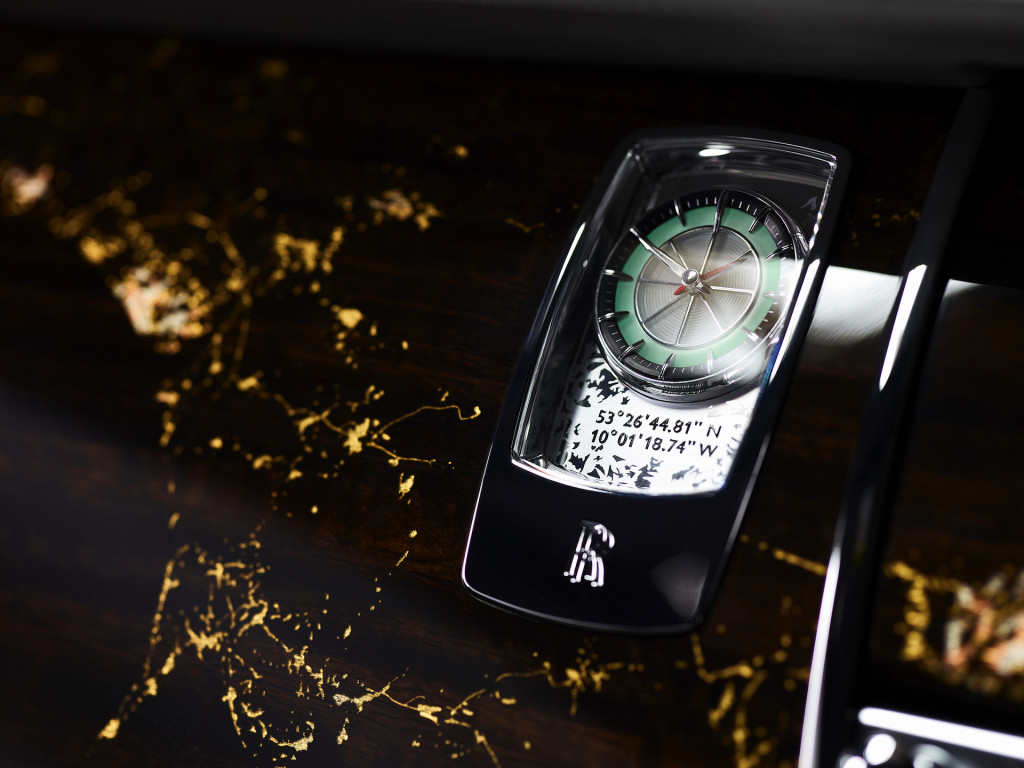 Of course, the famed Rolls-Royce analog clock has a special meaning, too. The two men recalled after their flight (once all instrumentation had frozen) that the only source of light was the faint green glow of the lights still running. In the same spirit, Rolls-Royce crafted the Wraith VIII clock with a similar green illumination at night. It also features an iced background with a red hour hand atop compass-inspired lines. The men's landing coordinates are engraved just below.

Lengthy, yes, but the details are necessary to understand how thoughtful of a special edition the Wraith VIII is. The company plans 50 of the cars, but didn't mention prices. The thoughtful nods to a 20th-century marvel are, we think, worth it.