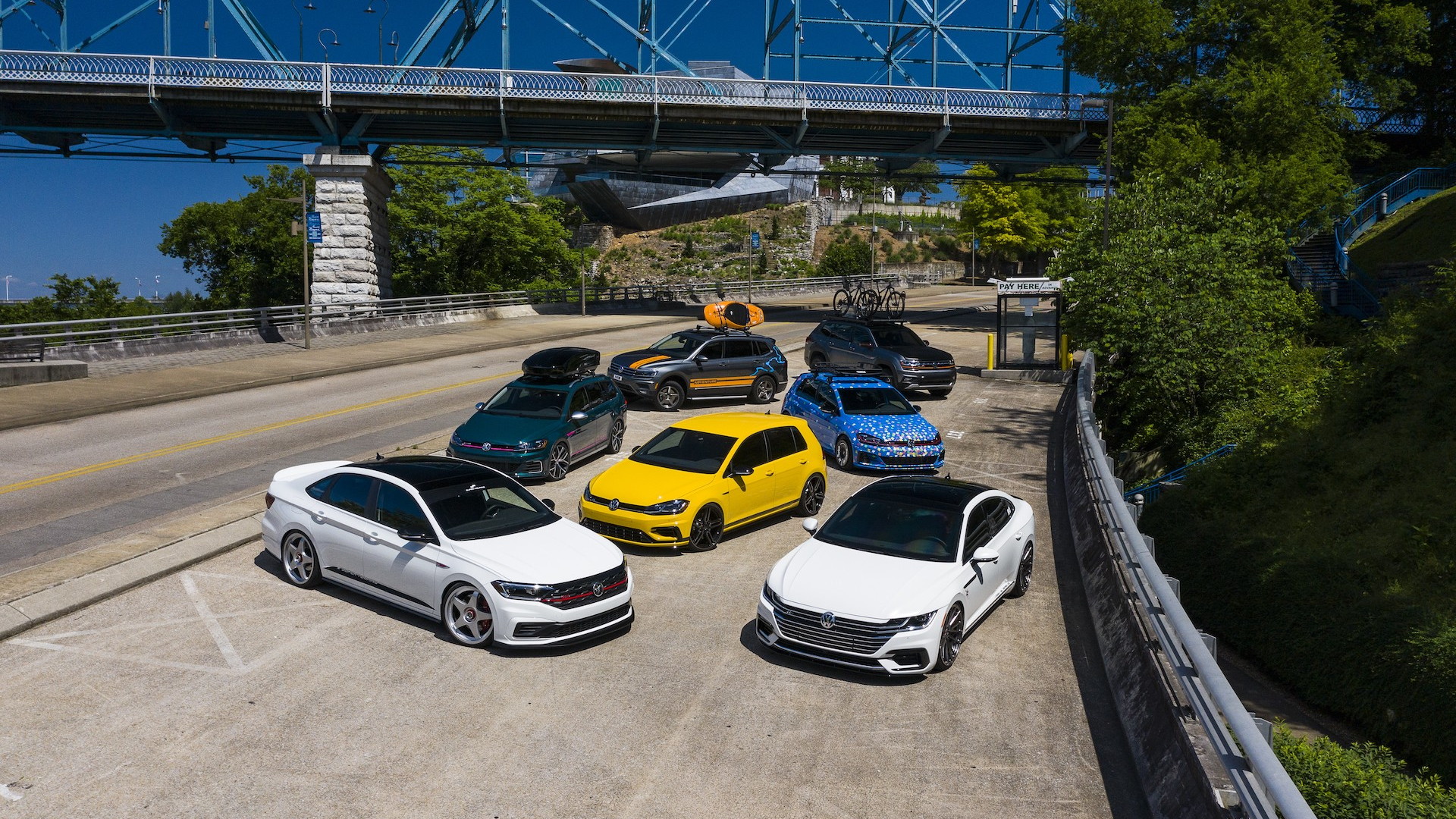 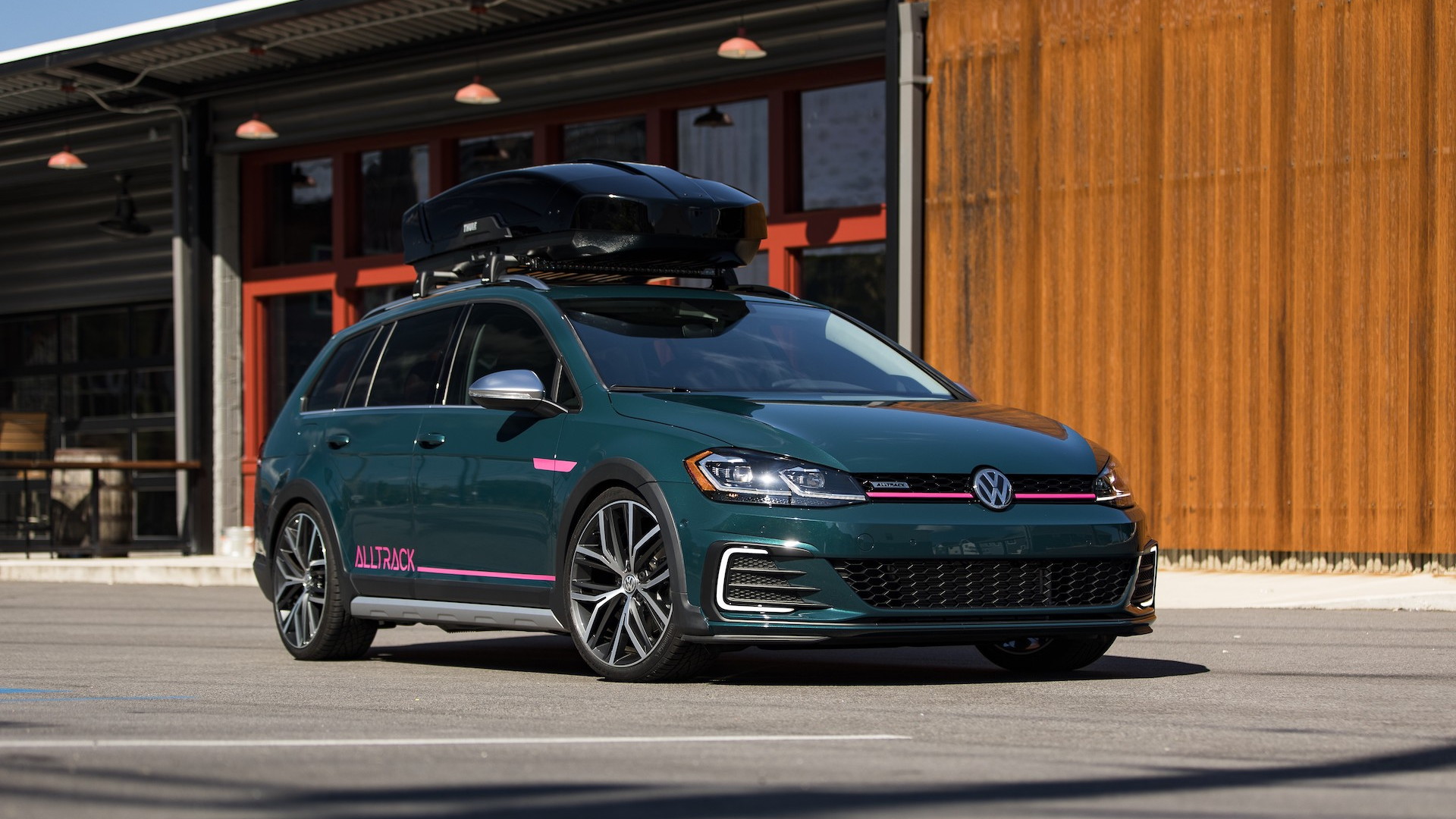 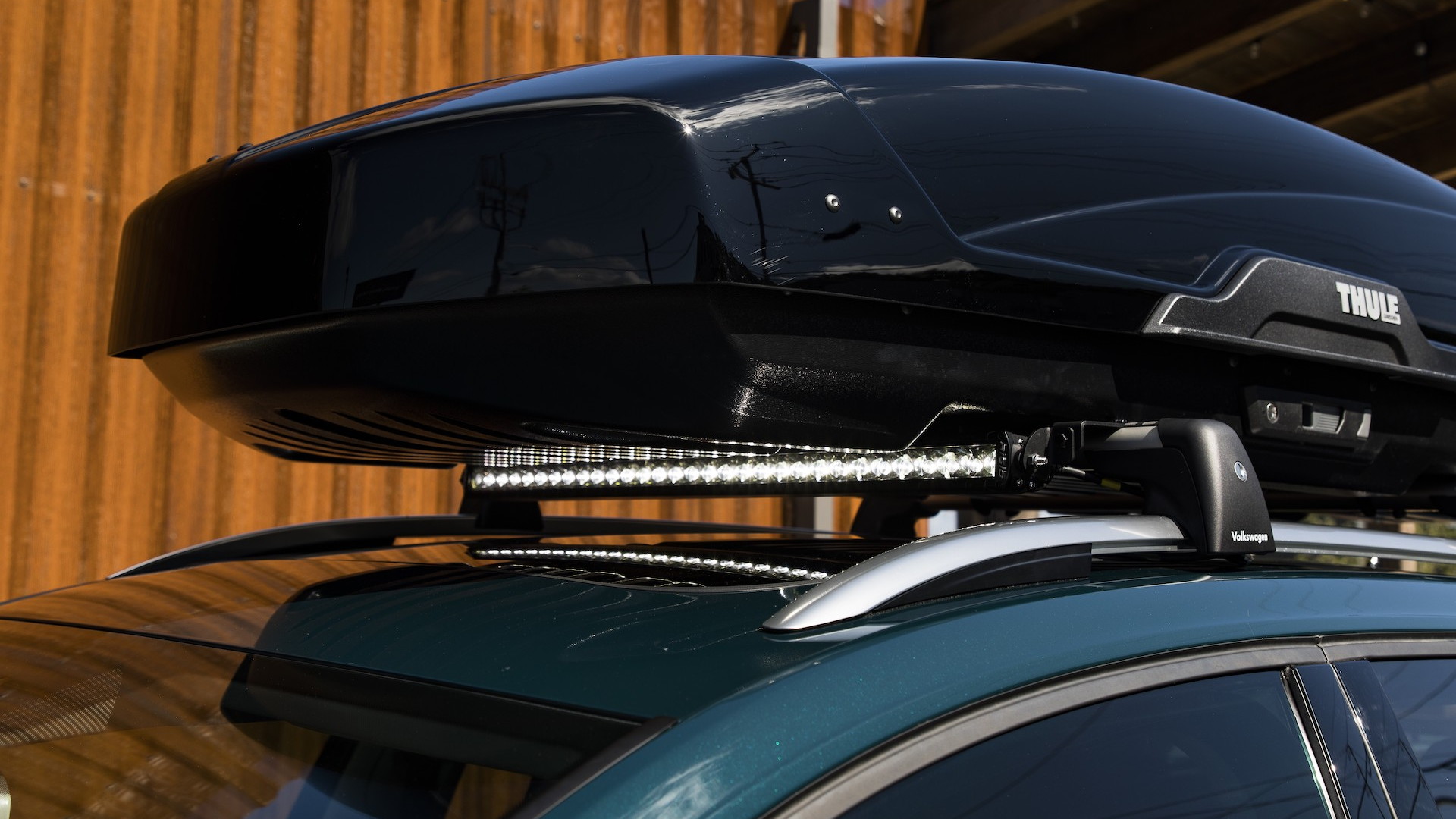 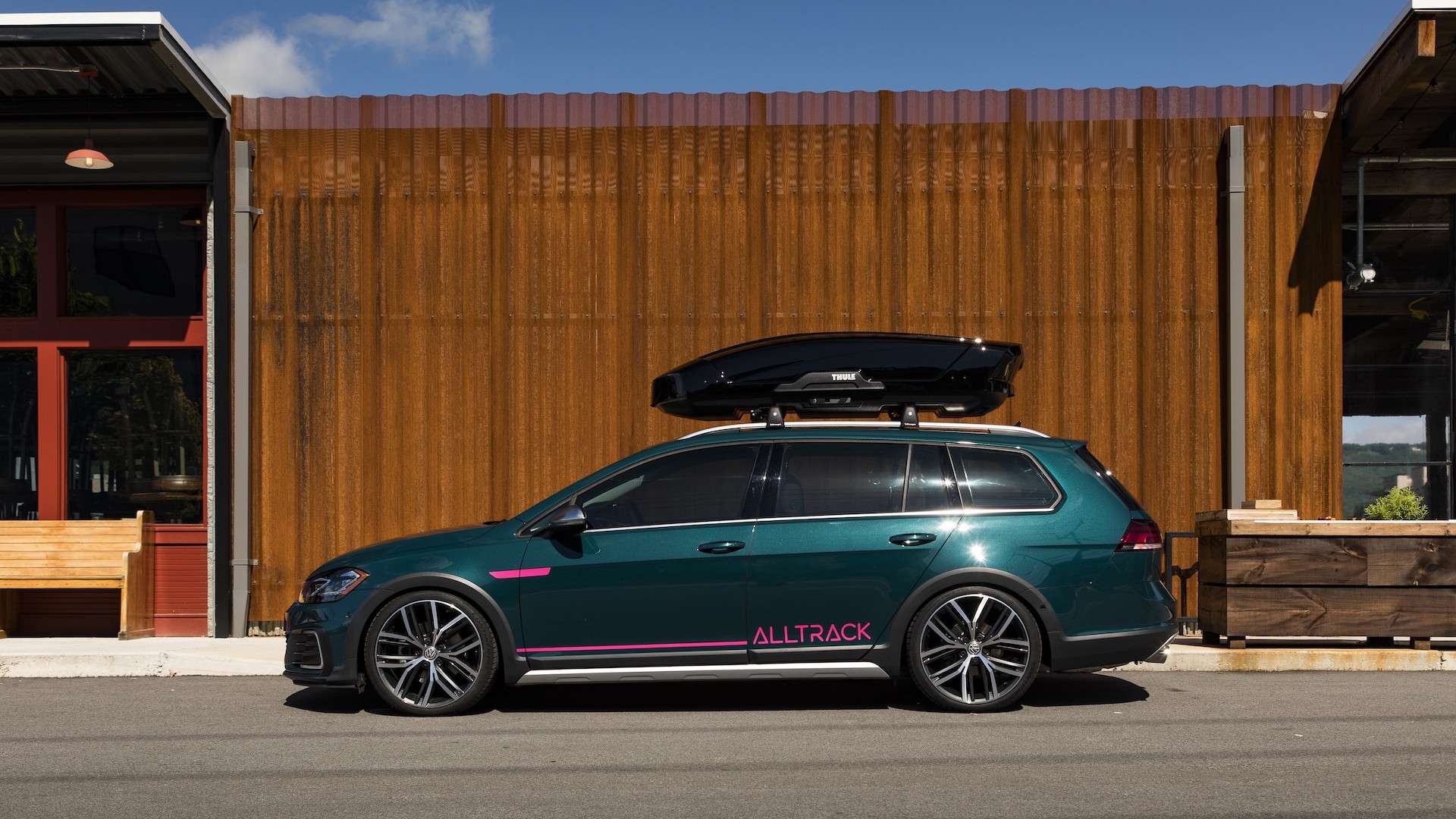 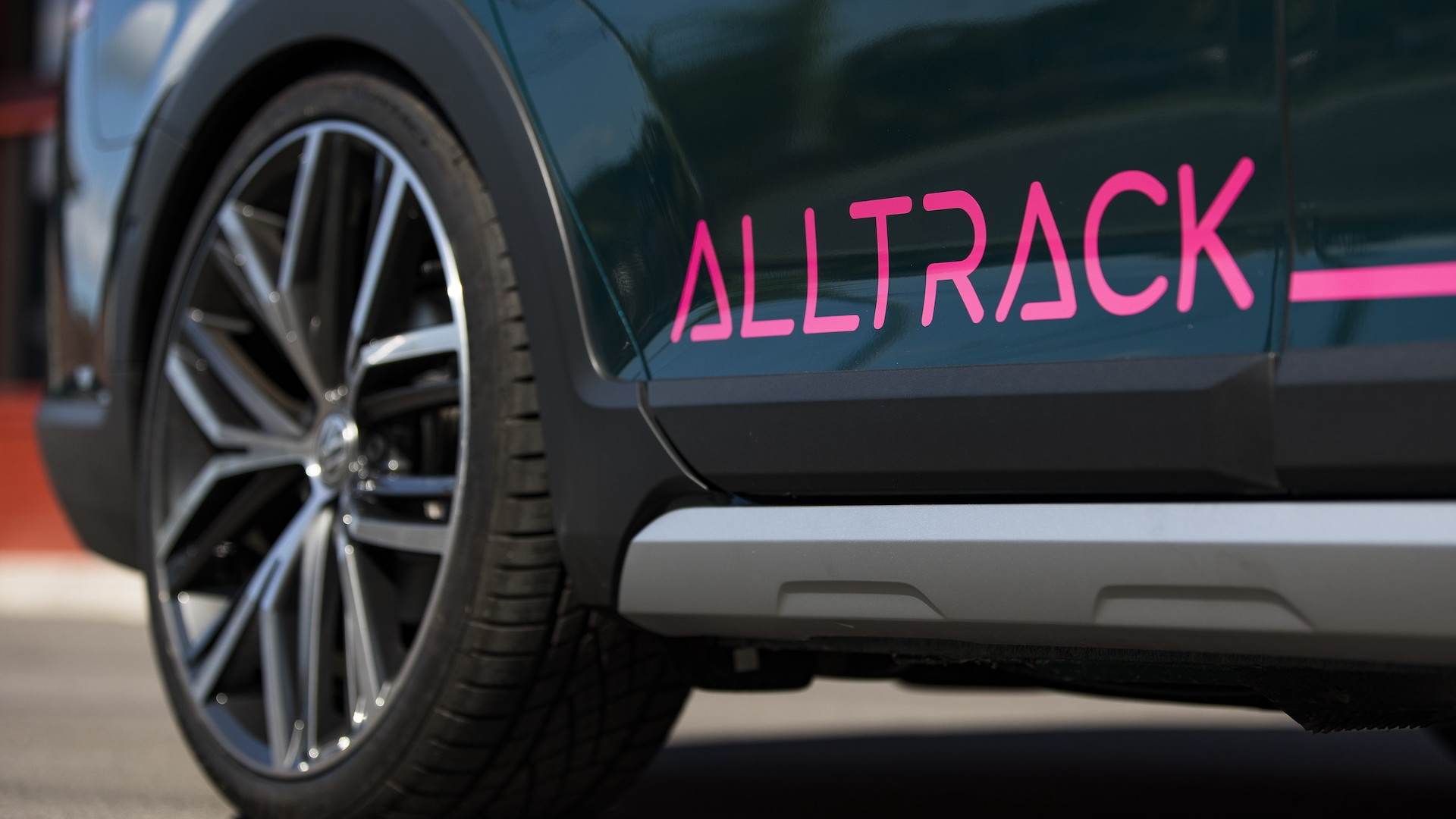 Volkswagen is getting hip. The brand has prepared seven enthusiast-inspired "concepts" for SOWO: The European Experience, and there's something for everyone to take in.

The event is a tuner fest for fans of European cars and runs this weekend in Hutchinson Island, Savannah, Georgia. Naturally, VWs are a perfect fit. 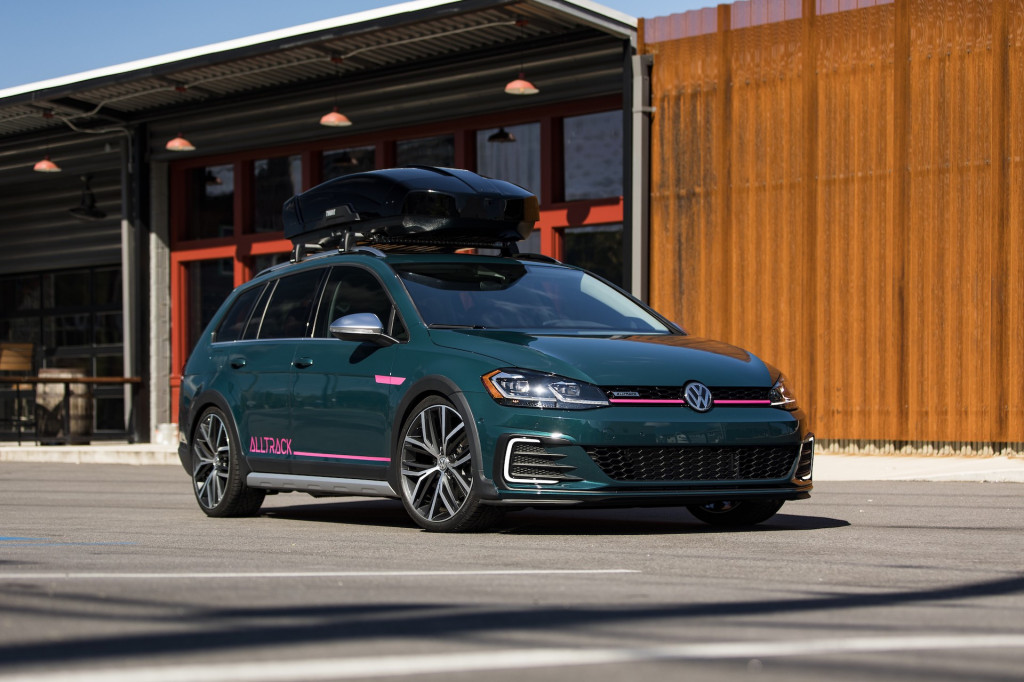 The concept cars range from stance, to adventure, to wild wraps and cover the majority of VW's models sold in the U.S. today.

The first is a wagon with 1990s-themed garb. The Golf Alltrack Combi concept blends green and pink (kind of like those paper cups from decades ago) and sits on a set of H&R VTF adjustable lowering springs. Other small touches include a Golf GTE front bumper, a light bar, and a cargo box. 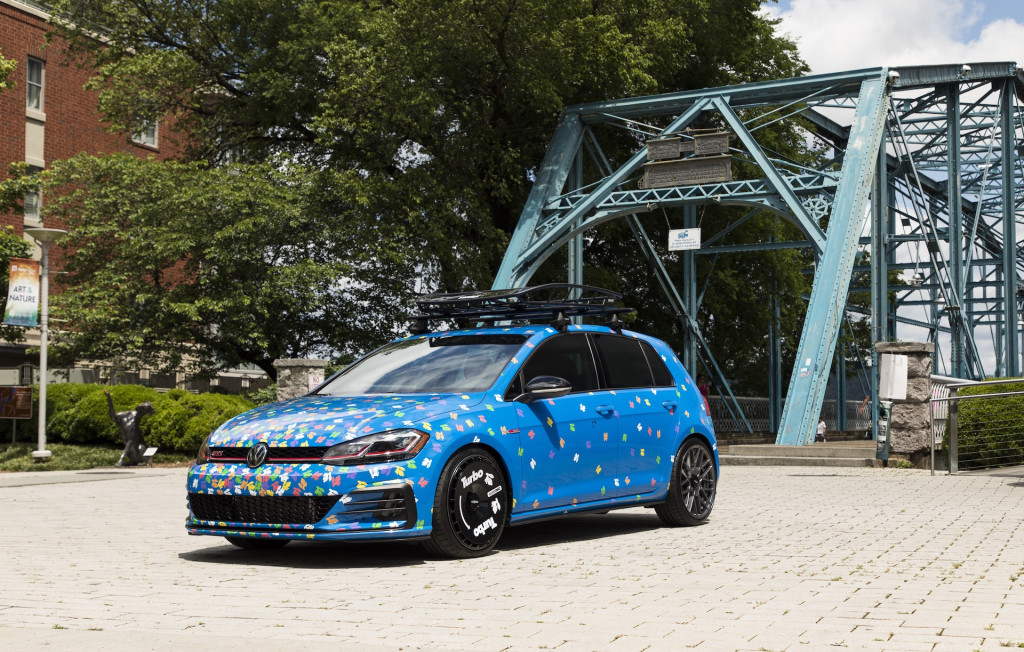 VW wrapped the Golf GTI in a blue-colored wrap with sprinkles of the VW Rabbit logo throughout. The car also features 19-inch Rotiform RSE wheels, complete with customized Rotiform Aerodisk wheel covers, and a set of lowering springs. Because stance. 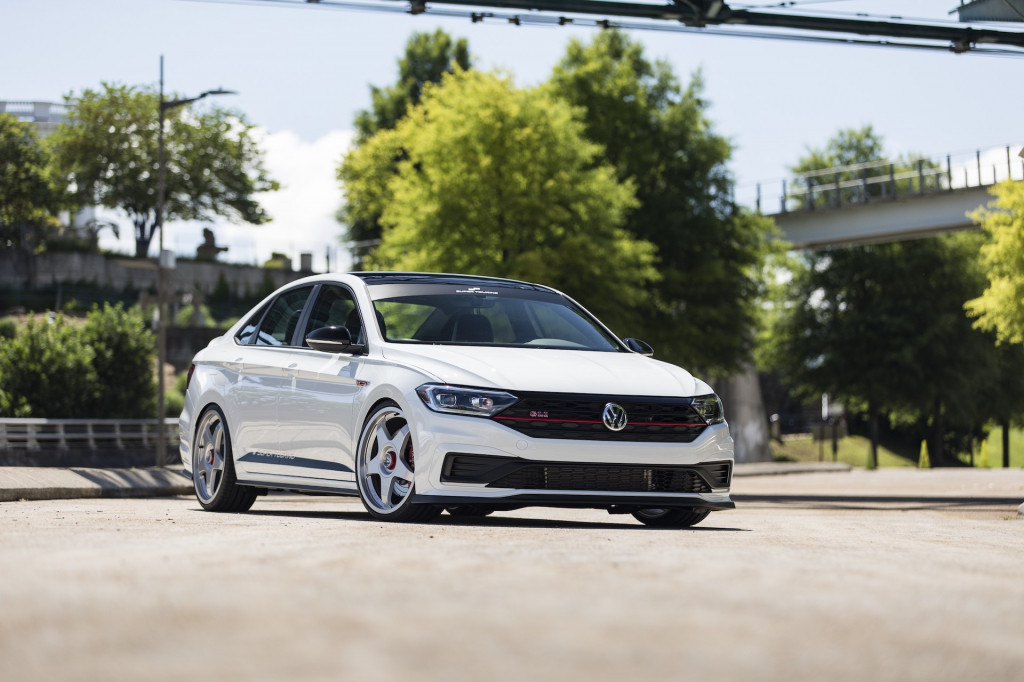 VW partnered with wheel-maker Fifteen52 for the Jetta GLI Super Touring concept. The car acts as the debut model for the latest set of wheels from the company.

K&W Variant 3 DDC coil overs help get the stance just right for the scene, and sport spoiler and extended exhaust will help it look the part at SOWO. 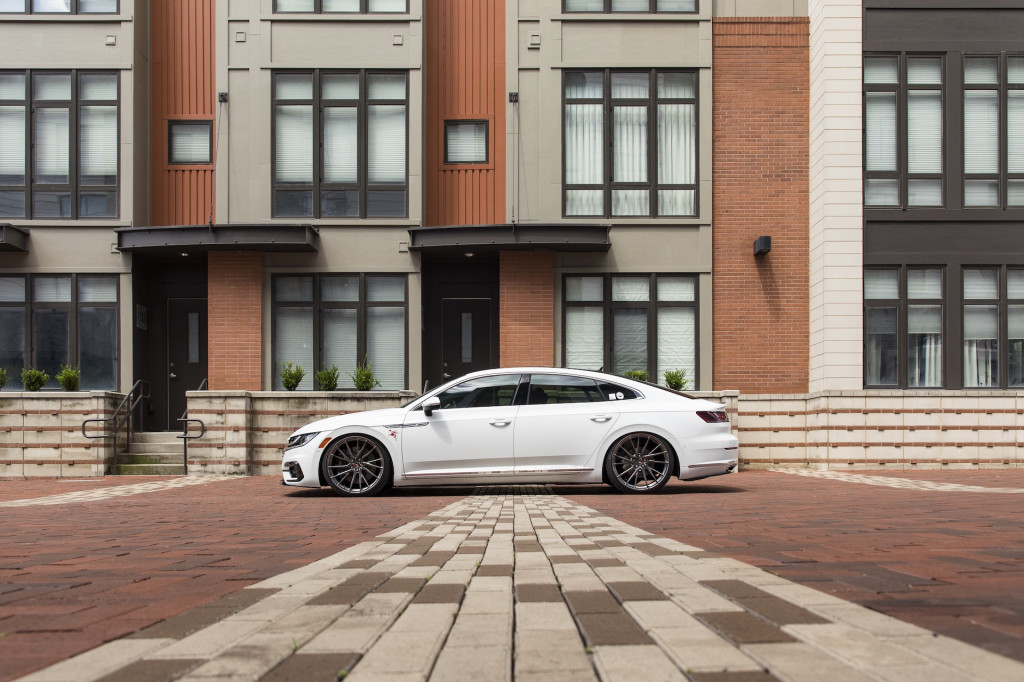 The Arteon R-Line concept isn't new, but it should give fans another look at the car as it launches in the U.S. The car made its debut at the 2019 SEMA show as a collaborative project between VW and Vossen wheels.

Naturally, it sits on Vossen wheels and sports H&R Ultra Low coil overs. Since SEMA, VW has fitted the car with a custom valence kit and a front big-brake kit from Forge Motorsport. 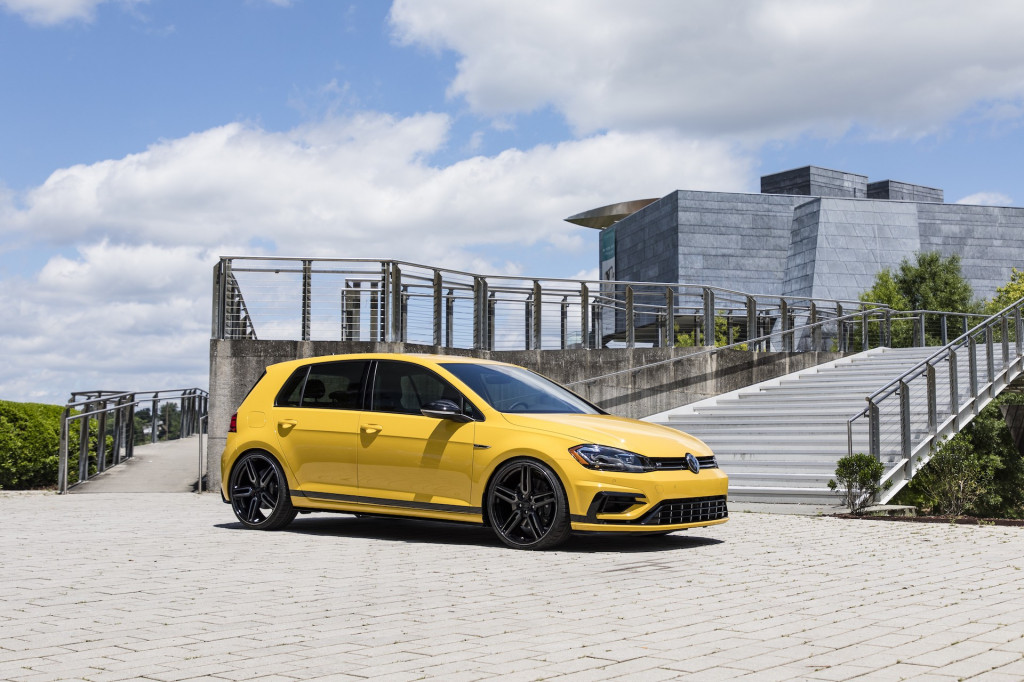 Rounding out the passenger cars is the Golf R Spektrum concept. The model serves as a reminder of VW's Spektrum program, which offers 40 custom colors for buyers to choose from.

Most of them are heritage colors from past VW enthusiast models. Here, VW chose Ginster Yellow for the Golf R and outfitted the hot hatch with lowering springs, Vossen wheels, and black lower rocker panel accents. 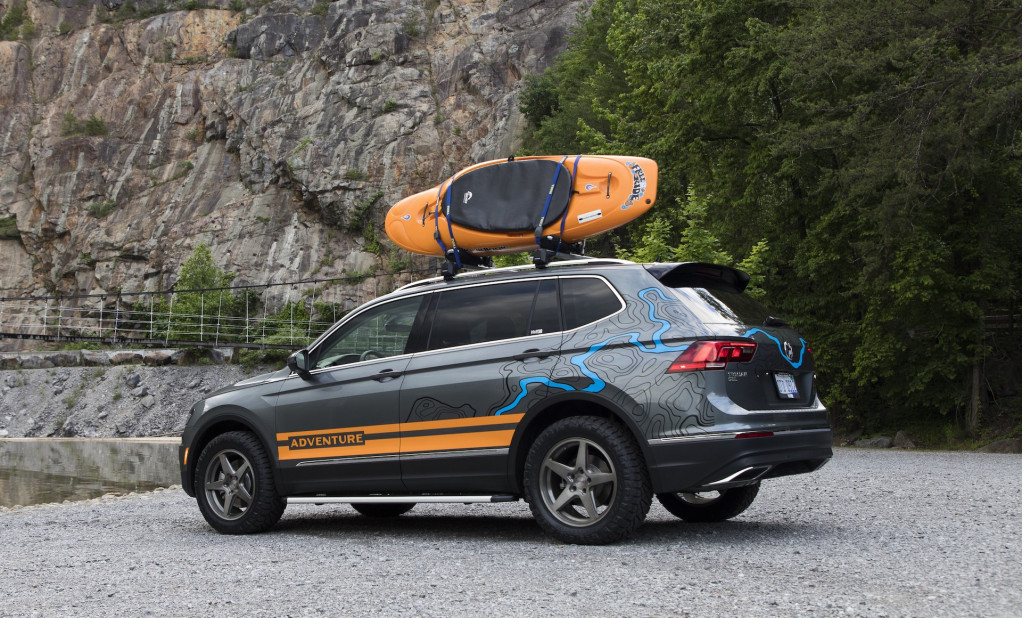 Finally, two crossover SUVs will make an appearance. The first is the Tiguan Adventure concept, which was a collaboration between VW and H&R Springs.

The crossover boasts a topographic-themed wrap job with H&R Adventure raising springs for a slightly higher ride height. Wrapping the all-terrain tires are 18-inch Rotoform wheels and a kayak carrier is parked atop the vehicle.

Fans may recognize the Atlas Basecamp concept from the 2019 New York International Auto Show. The SUV debuted in the Big Apple as an ode to mountain bikers. The SUV features a Front Runner Slimline roof rack to hold bikes and an LED light bar to light the trail ahead. There's also a camper trailer on the hitch that houses a queen bed, canopy, small kitchen, and hot shower. We believe that's called "glamping," if we're not mistaken. The Atlas Basecamp also rides on 1.5-inch higher H&R springs.

Following SOWO, the group of concept cars will tour the U.S. at various different events through this September. Fans will find the vehicles at ARX, Waterfest, Wolfsgart, and SoCal Big Euro among other shows.