When the 2020 Ford Mustang Shelby GT500 hits the streets this summer, it will have a top speed slower than its arch-rival, the Chevrolet Camaro ZL1.

According to a Wednesday report from Car and Driver, Ford will limit the Shelby GT500 to 180 mph. The Camaro ZL1 has a top speed of 202 mph, while the ZL1 1LE is aero-limited to 190 mph. The Dodge Challenger SRT Hellcat Redeye tops out at 203 mph. Motor Authority confirmed the 180-mph top speed governor with Ford. 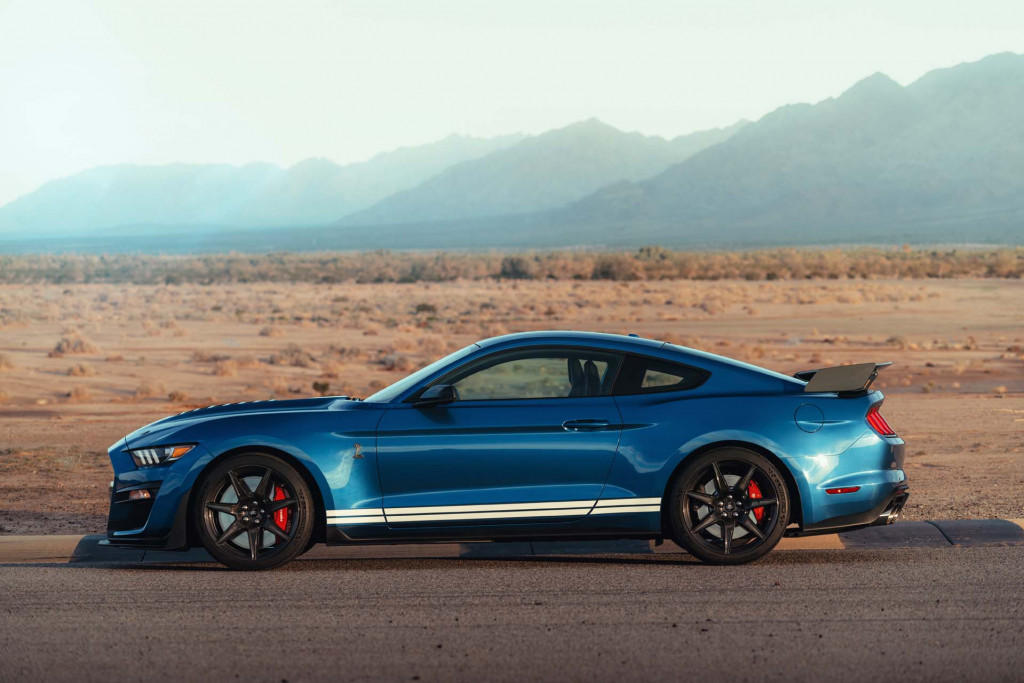 Ford's decision to cap the car at 180 mph likely comes as a trade-off for other performance goodies, such as an advanced aero package, including an available wing from the Mustang GT4 race car. Although the Shelby GT500 won't hit 200 mph, Ford says it will be the most track-capable Mustang ever. Let's not forget the GT500 will show up to the ever-thriving muscle car wars with more power than the Camaro ZL1. Ford isn't ready to share official specs, but continues to tell us to expect more than 700 horsepower from a supercharged 5.2-liter V-8. Chevrolet has managed to squeeze 650 hp from its 6.2-liter supercharged small-block V-8. Expect the Ford to fall short of the Hellcat Redeye's 797-hp figure.

The news from Car and Driver comes concurrently with a Wednesday press release from Ford detailing the process by which the company developed the car's aerodynamic and cooling components, which obviously go hand-in-hand. The company says Ford Performance designers and powertrain and aerodynamics engineers worked as a virtual race team to develop the car's aero components both digitally and physically. Engineers were able to test and develop components for the Shelby GT500 quicker than ever with the help of 3D printers. In a few days, engineers could print parts to test in the wind tunnel and in real conditions. In fact, they created more than 500 designs. 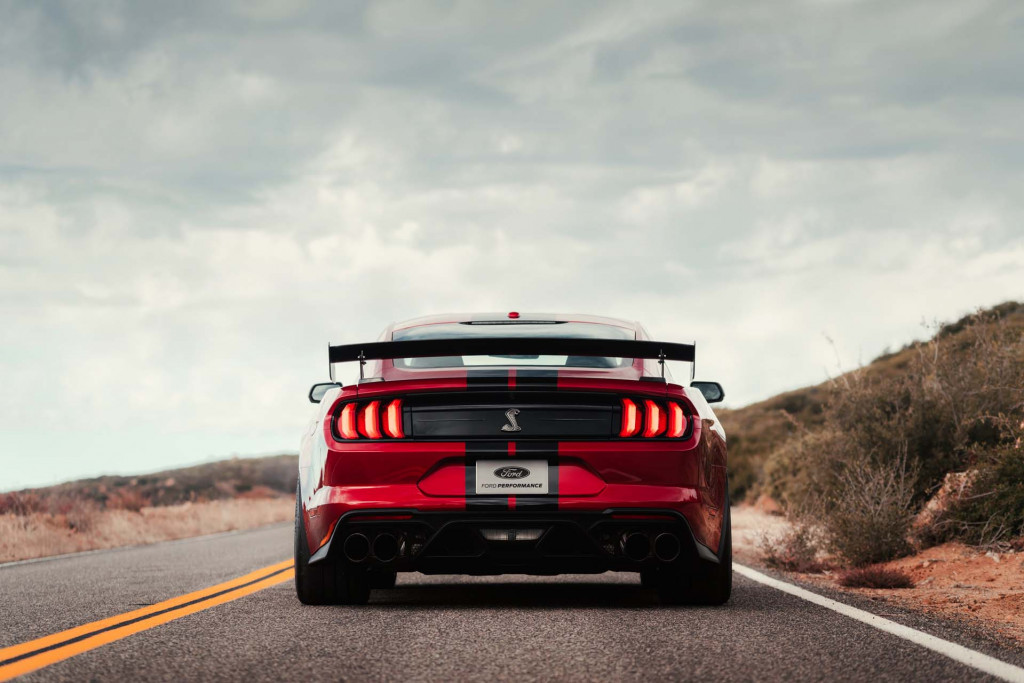 They ran the car at NOLA Motorsports Park in New Orleans, Virginia International Raceway, and Gingerman Raceway in Western Michigan.

In the end, the team created a maximum downforce figure of 550 pounds at the rear with the optional GT4 wing attached. It's the most downforce ever for a street-legal Mustang, and it will come as part of the Carbon Fiber Track Package. Ford calls the standard spoiler a "swing" because it exists somewhere between a spoiler and a wing. With an available Handling Package that adds a Gurney Flap to the "swing," the car will make 379 pounds of downforce at the 180-mph top speed.

Up front, the new fascia doubles the air volume to cool the powerful engine through six heat exchangers. A removable rain tray alleviates underhood air pressure, and a unique diffuser is found at the rear to control airflow under the car. Two new racing-style oil and transmission coolers ensure the car can handle track temperatures as well.

Before the 2020 Ford Mustang Shelby GT500 launches this summer, we expect to receive a full spec sheet to finally tell us how much power drivers will have at their fingertips. We have a feeling Ford is saving the best nuggets of information for last.