Suzuki no longer sells cars in the United States, and that's a real shame as the Japanese brand has an impressive compact SUV in the form of the Jimny.

The pint-sized off-roader was redesigned earlier this year, and boy, is it a cute little thing. Better yet, it's tough as nails thanks to a robust body-on-frame platform and four-wheel drive.

Suzuki is now set to show expanded potential for its Jimny line, which is now in its fourth generation. The automaker at next month's 2019 Tokyo Auto Salon will present a pair of Jimny concepts, one of them a pickup truck dubbed the Sierra Pickup Style.

Suzuki said the vehicle targets urban customers who need a compact 4x4 with some load-lugging potential, such as do-it-yourself builders or outdoor enthusiasts. Special touches include the retro front grille that mimics the design used on earlier generations of the Jimny, as well as a body panels with a wood-like effect. 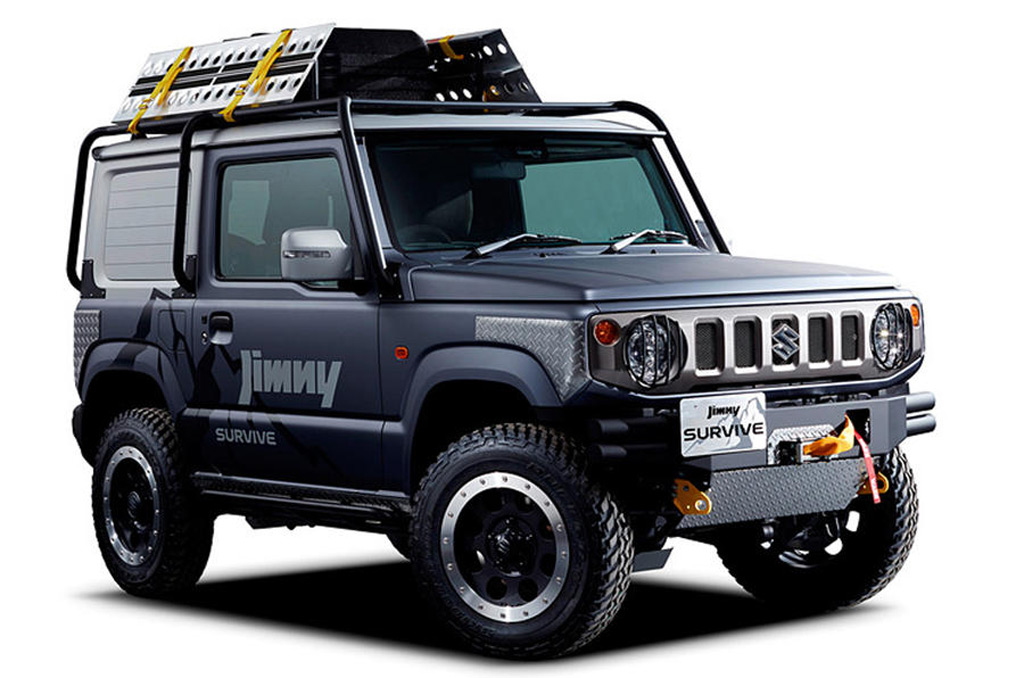 The other Jimny concept is the Survive SUV, which is designed for long stints in the great outdoors. It benefits from a raised ride height, offroad tires, steel skid plates, and an external roll cage that doubles as a set of roof racks.

There's no word on the powertrains but in markets where the Jimny is sold, Suzuki offers either a 660-cc turbocharged inline-3 or a 1.5-liter inline-4.

Unfortunately, there's also no word on whether either concept is bound for production.

The Tokyo Auto Salon tuning fest kicks off in the Japanese capital on January 11, 2019. More coverage can be found at our dedicated hub.