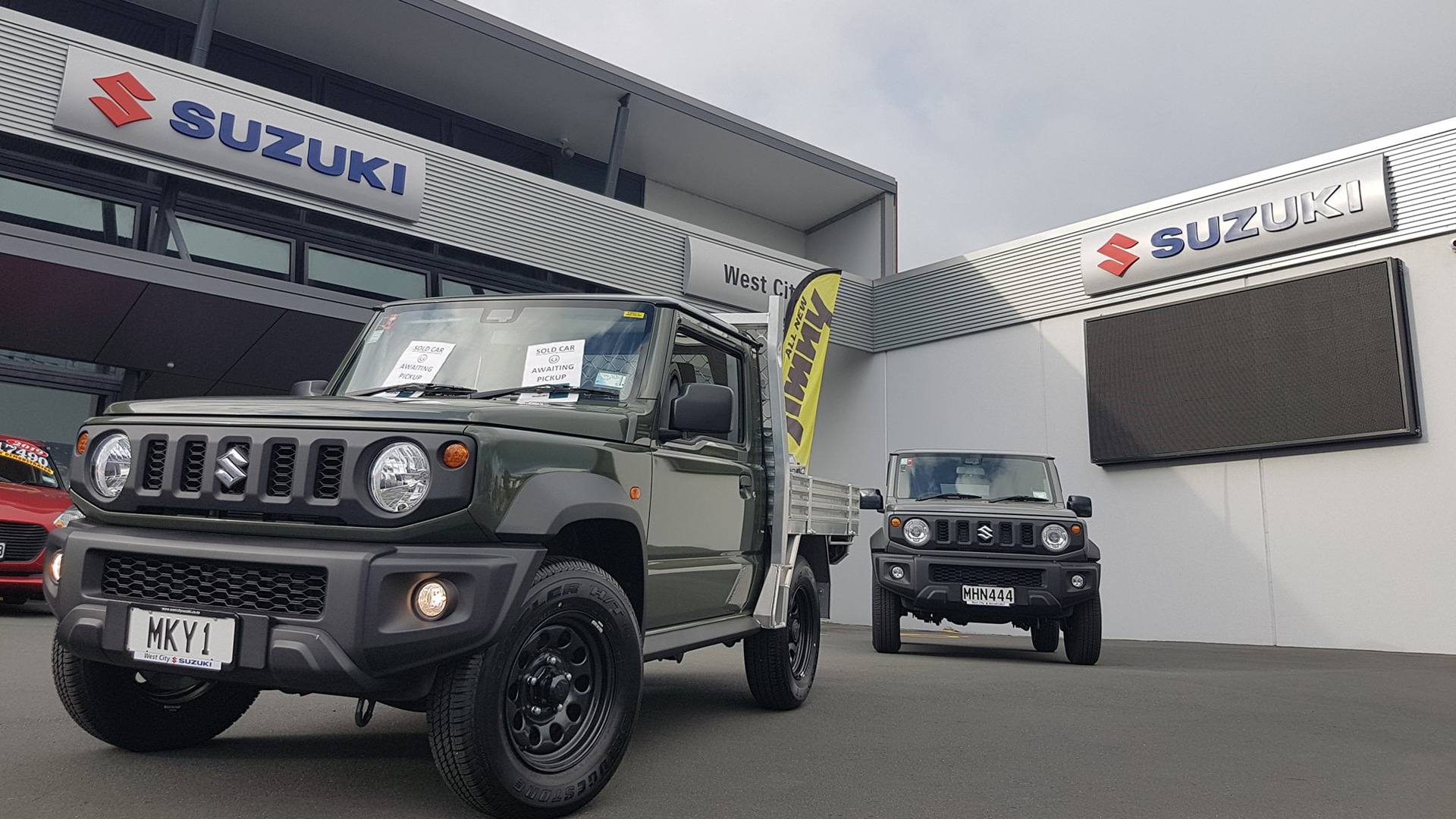 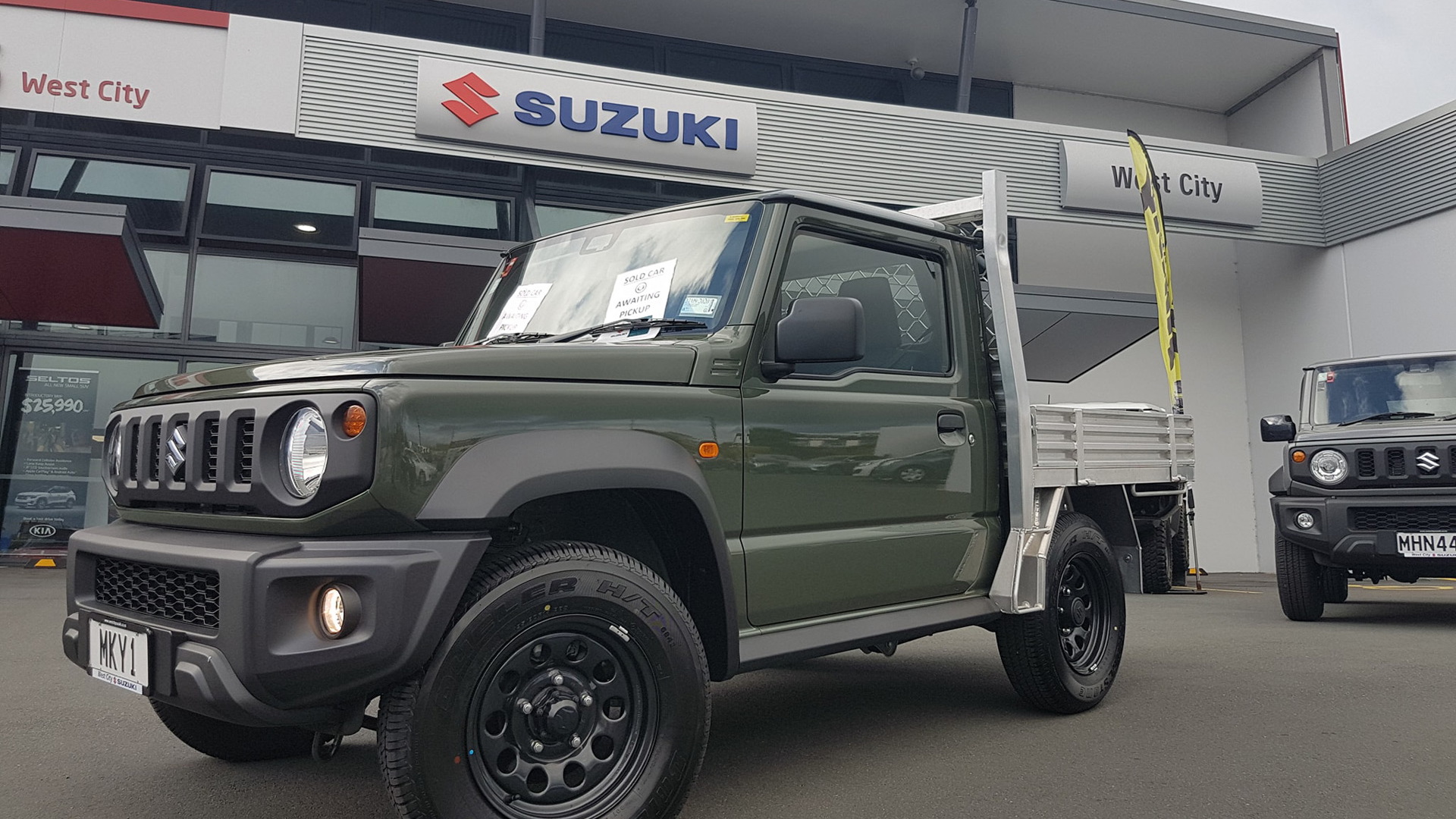 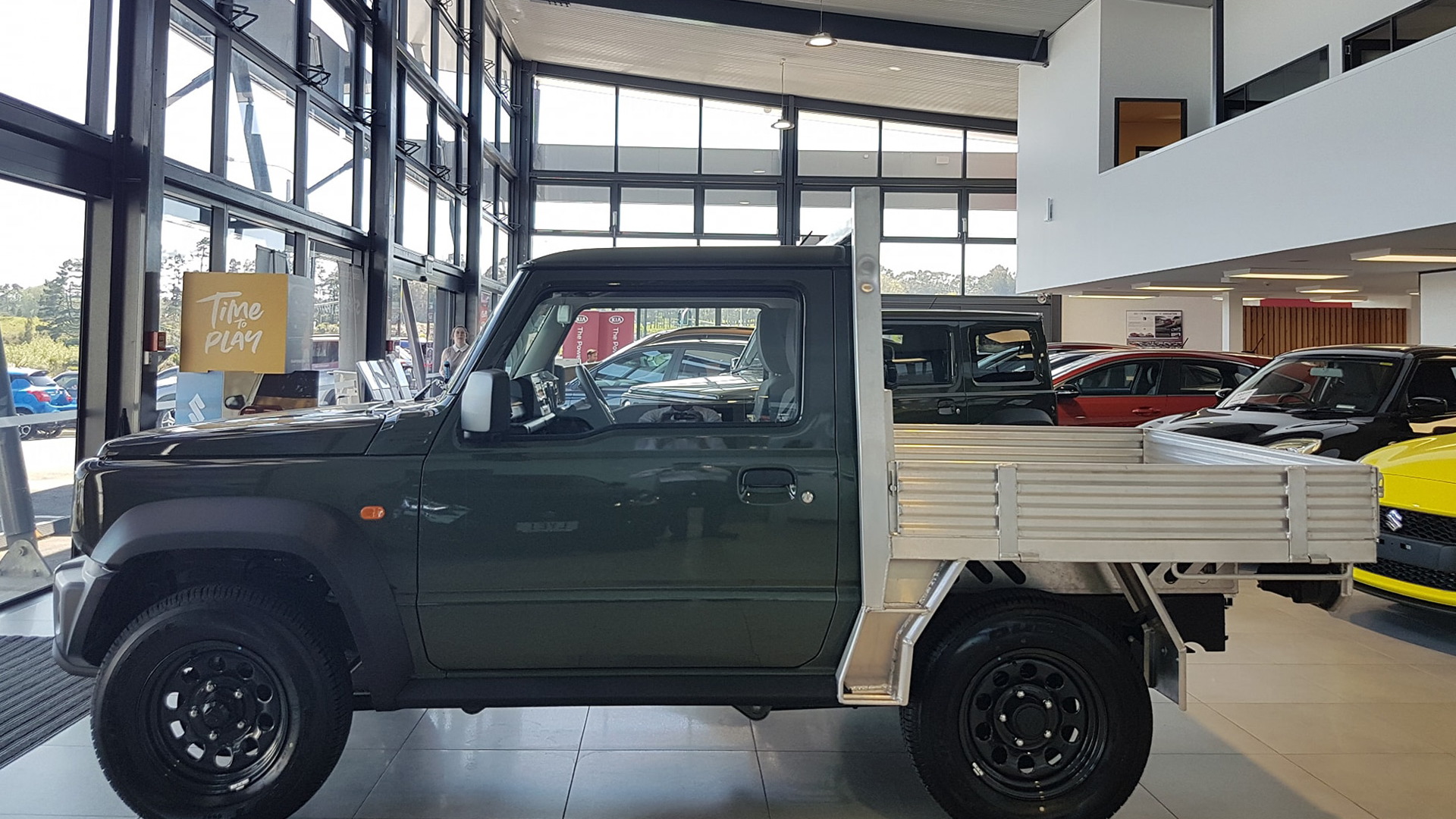 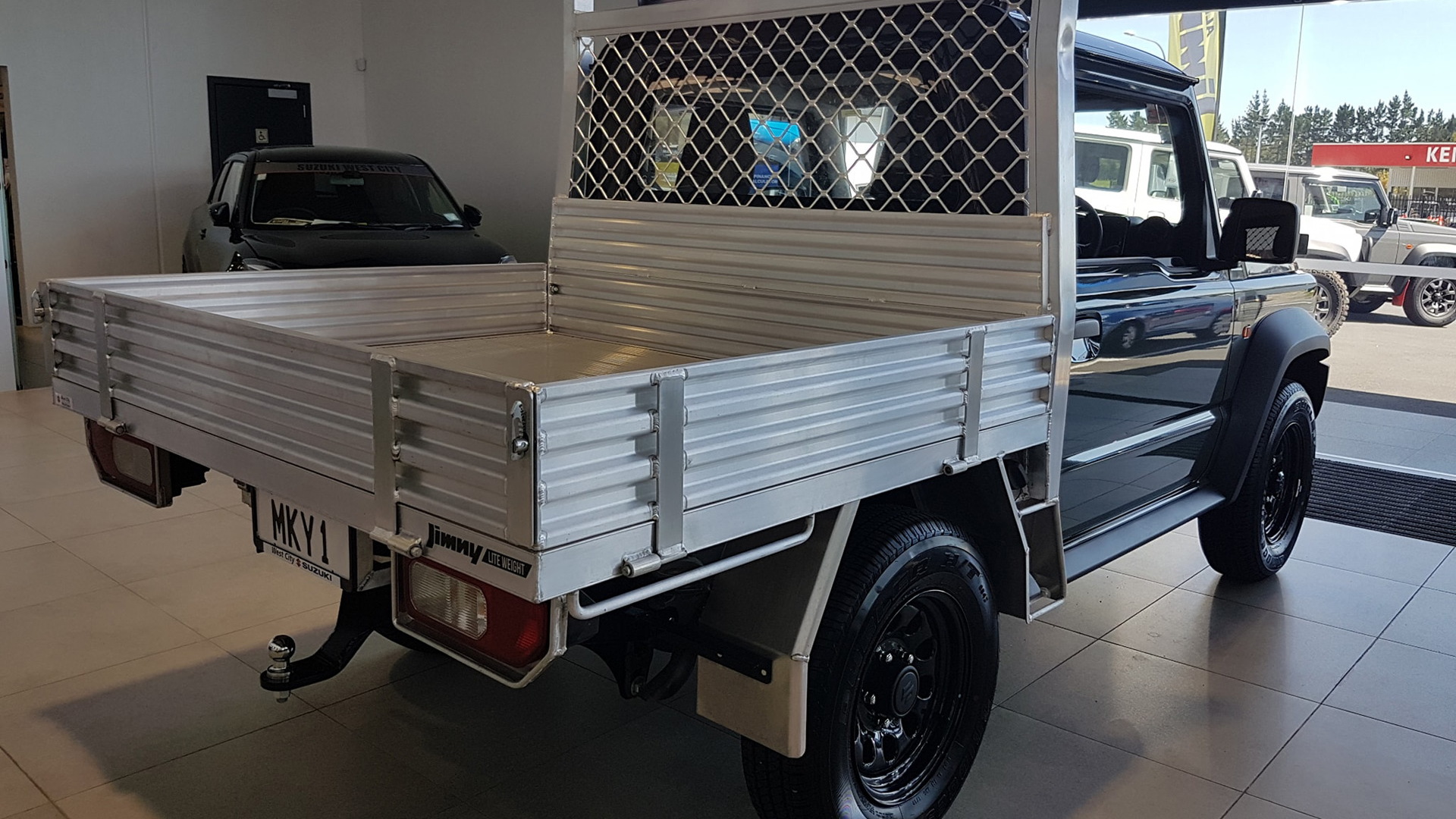 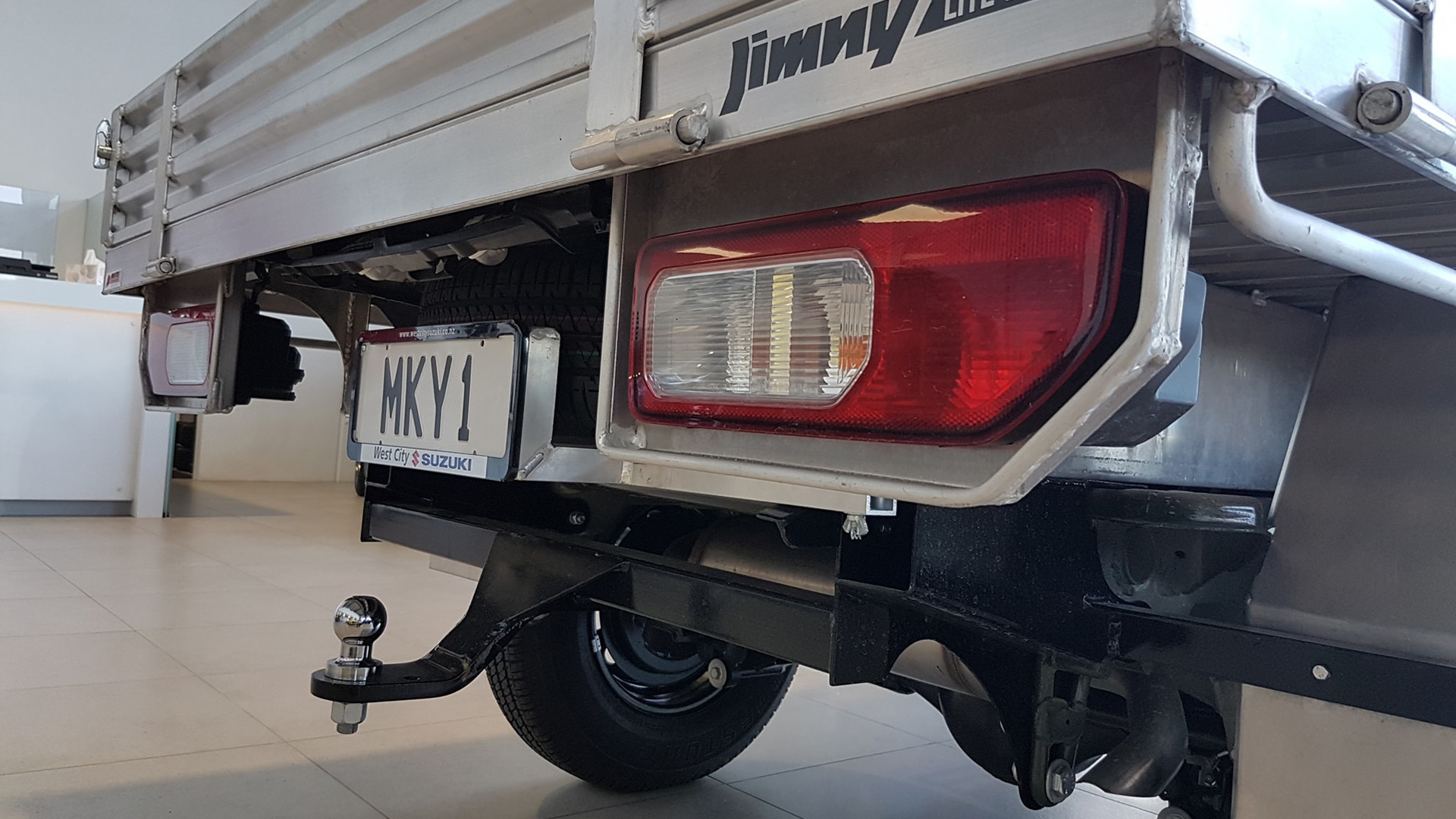 Suzuki no longer sells cars in the United States, and that's a real shame because of cool vehicles like the Jimny that we miss out on.

The subcompact SUV was redesigned for 2018, with the third-generation model bringing a rugged body-on-frame platform and retro styling that resembles the look of the original Jimny introduced in 1970.

What it didn't bring was a pickup body style like the Jimny-based Samurai offered in the 1980s. Well, one Suzuki dealer in New Zealand has rectified the issue by selling a Jimny pickup conversion complete with a new car warranty.

Referred to as the Jimny Flatdeck, the vehicle is built by Cowper Trucks which offers various solutions for the pint-size Jimny. For instance, the company can add a short bed as shown here or a long bed by stretching the wheelbase of the Jimny a little under eight inches. 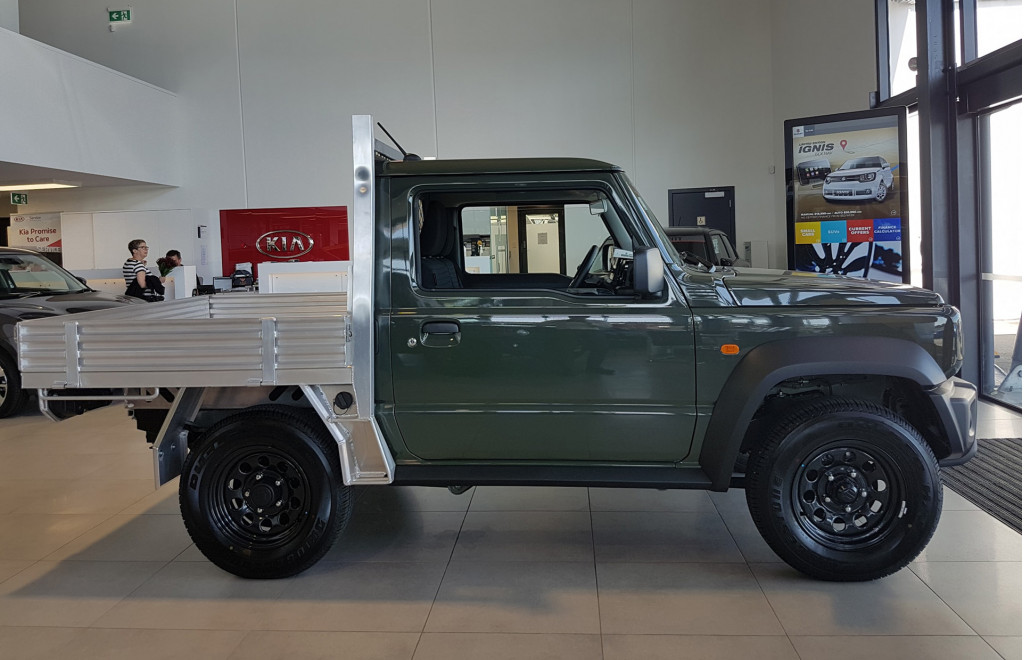 The sole powertrain offered in the Jimny Flatdeck is a 1.5-liter inline-4 good for 100 horsepower and 95 pound-feet of torque, and it's mated as standard to a 5-speed manual and 4-wheel-drive system.

Could we see Suzuki launch its own Jimny pickup truck? The company previewed one with a 2018 Tokyo Auto Salon concept but so far remains quiet on potential production plans.

Suzuki this year celebrates its 100th anniversary. The company was founded by Michio Suzuki originally as a loom manufacturer. Since those days, it has expanded into many other fields in addition to motorcycles and cars. The company's first car was the tiny Suzulight SF launched in 1955, which came in sedan, van and pickup body styles.