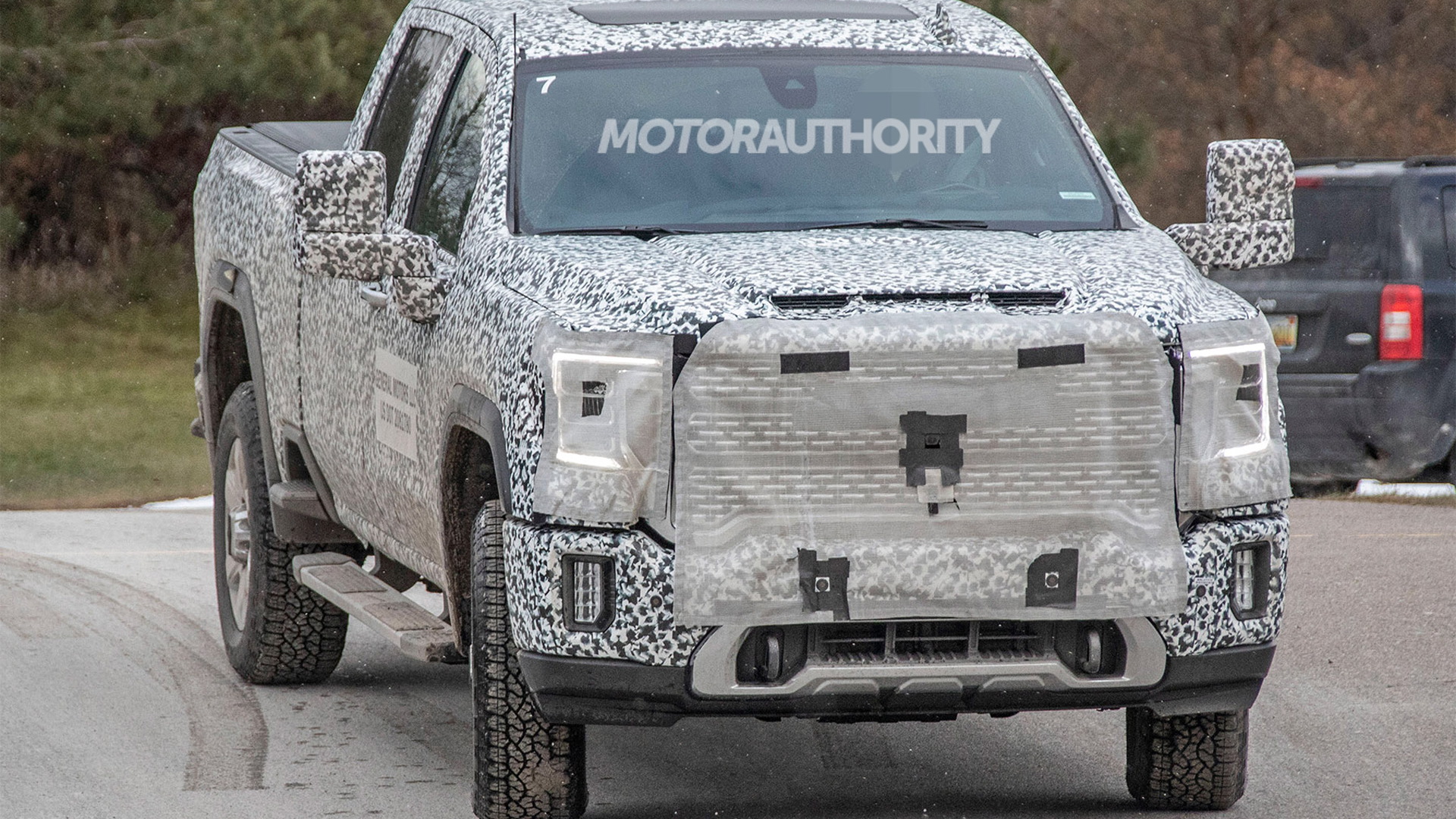 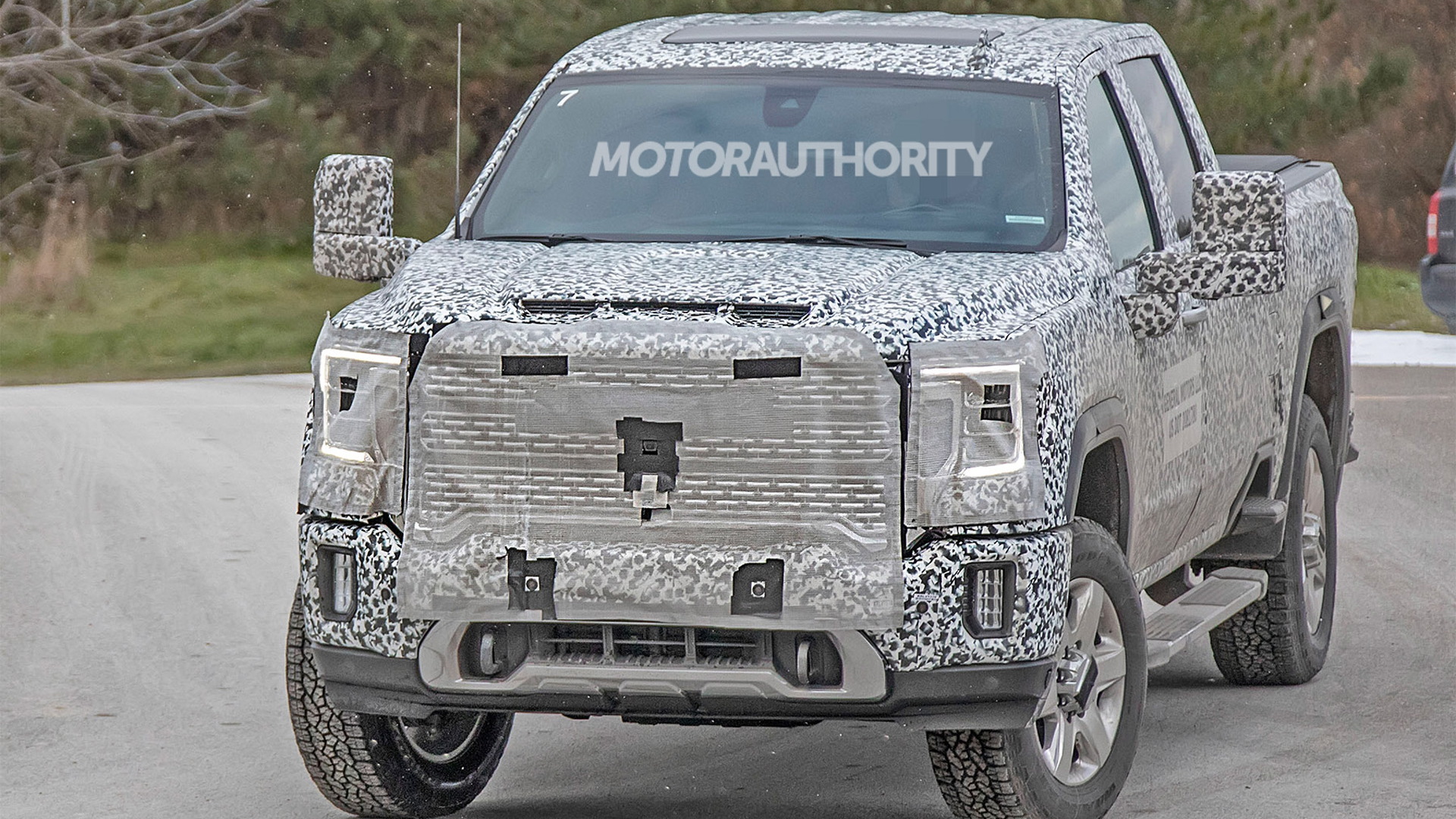 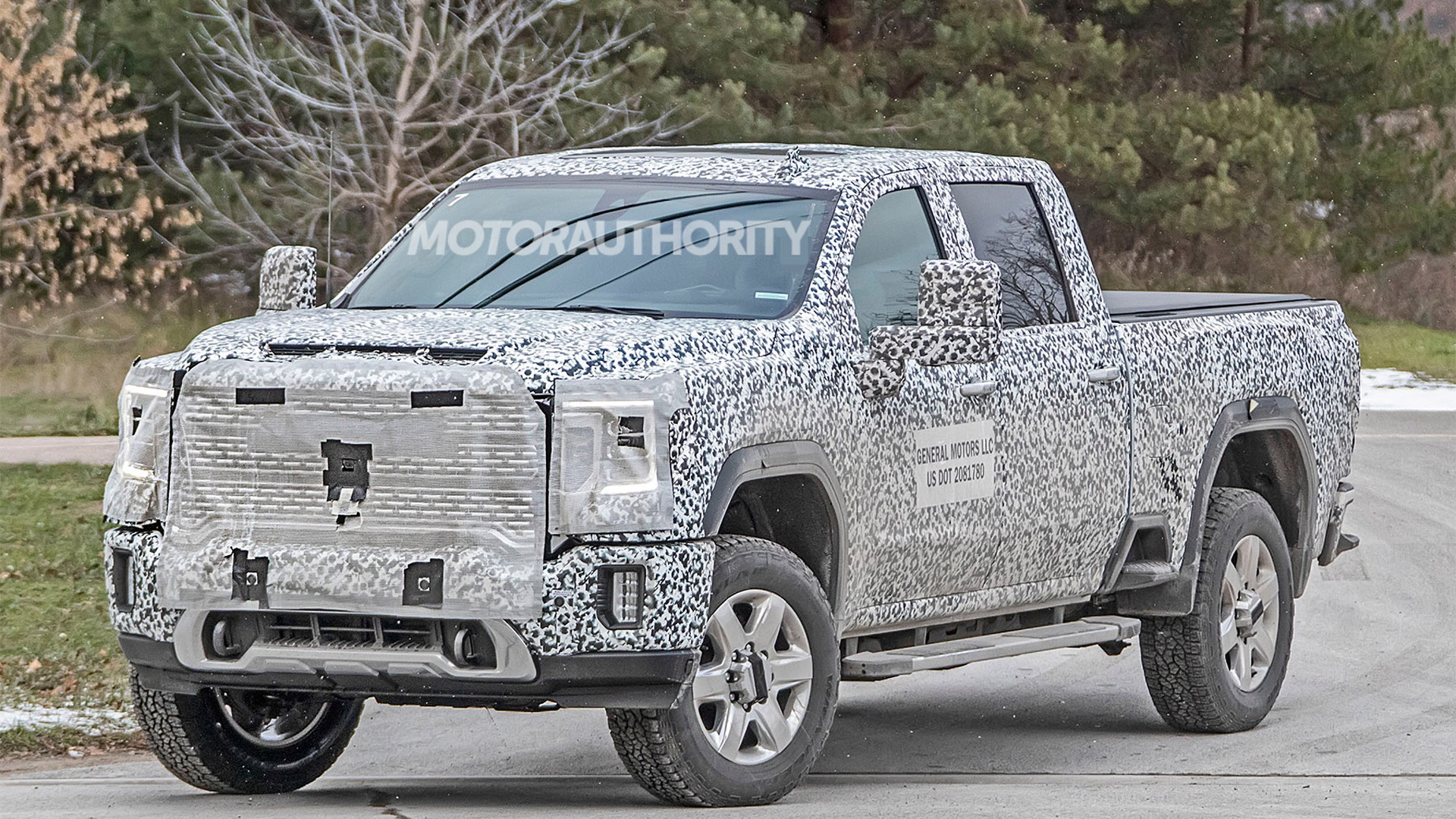 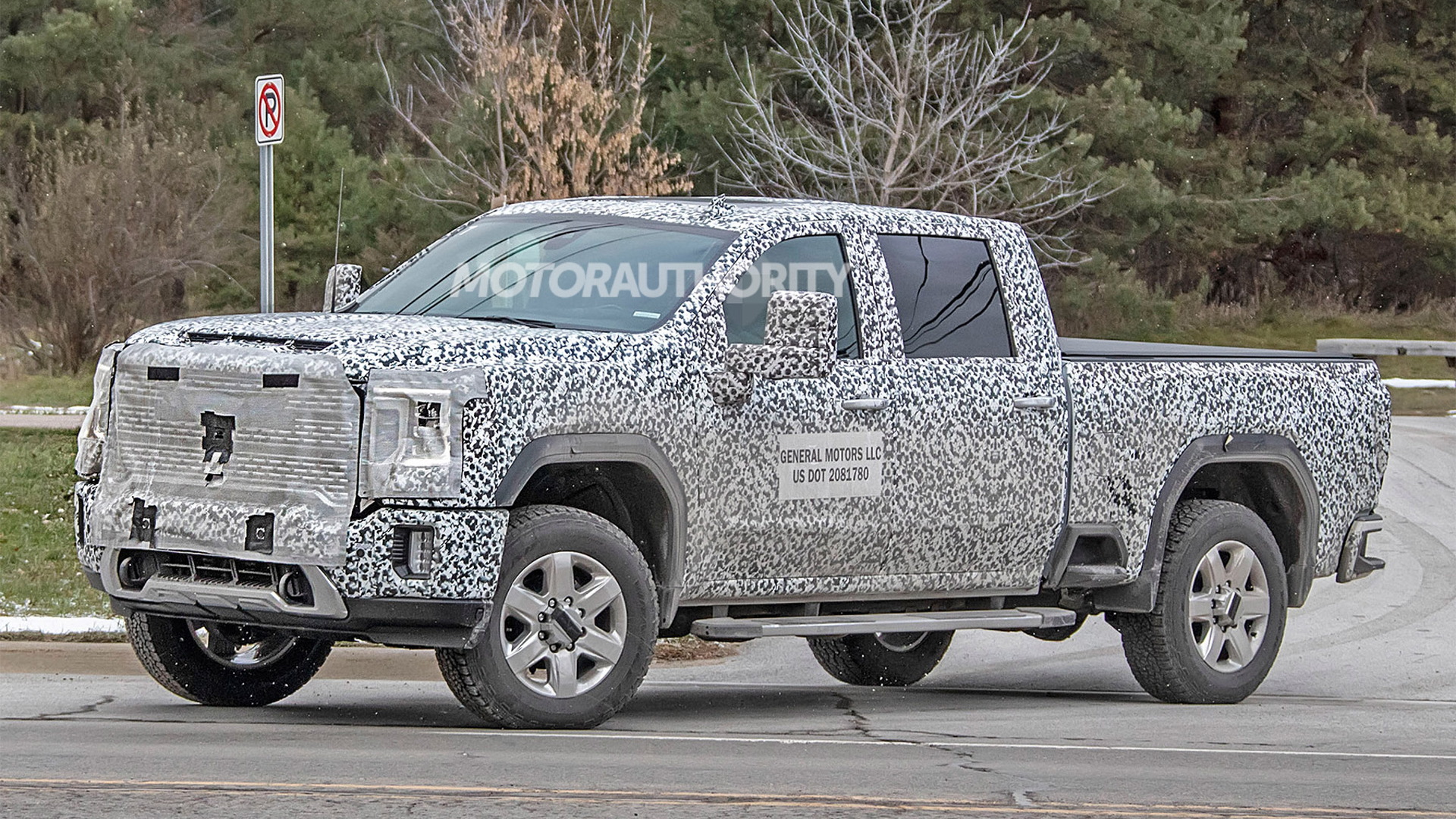 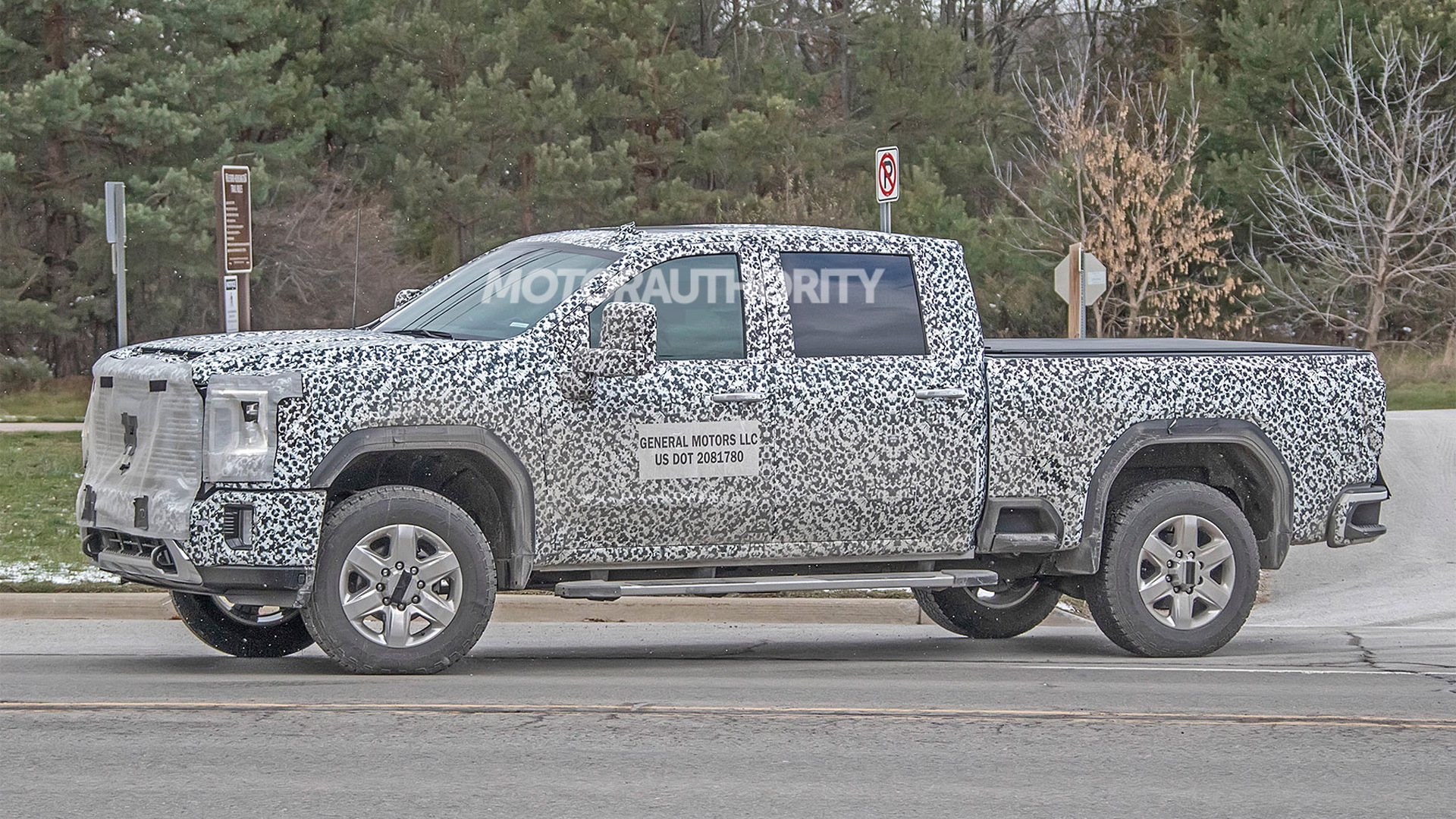 General Motors is in the process of renewing its full-size truck and SUV fleet and the latest member to be spotted is the redesigned GMC Sierra Heavy Duty.

The debut should be coming up soon as GM this month gave a first look at the redesigned version of the truck's Chevrolet twin, the 2020 Silverado HD (shown below), and confirmed its debut for next February's 2019 Chicago Auto Show.

We should see the covers come off the Sierra HD early next year, with the truck, in both 2500 and 3500 guises, rolling into showrooms by the fall as a 2020 model. This particular prototype is for the Sierra 2500HD in upmarket Denali trim.

The design of the truck's face can clearly be seen through the camouflage gear, suggesting the HD will feature a more rugged look than the light-duty Sierra 1500 which was redesigned for 2019. The extra ruggedness is emphasized by the larger, more rigid designs for both the grille and headlights.

We can also spot new bed steps on the flanks in addition to the previous generation's rear steps, just like on the redesigned Silverado HD. The tailgate is heavily camouflaged but we can expect the GMC-exclusive MultiPro design which offers six separate functions and positions, including a step entry and an assist handle. It isn't clear if a carbon fiber bed will be offered, however, like on the Sierra 1500.

The platform is GM's T1XX body-on-frame design, which the automaker uses for both full-size trucks and SUVs. The platform is an evolution of the outgoing model's K2XX design and swaps out some steel for aluminum to shed the pounds. Weight savings could be as high as 300 pounds.

It isn't clear what powertrains are planned, though on the redesigned Silverado HD GM has confirmed a new gas engine with direct injection and a 6-speed automatic and a Duramax V-8 turbodiesel mated to a 10-speed automatic. The diesel will deliver 910 pound-feet of torque, which suggests it's a version of the current 6.6-liter Duramax that offers 445 horsepower and 910 pound-feet of torque. Both options should feature on the redesigned Sierra HD.

GMC's new Sierra HD won't only have its Chevy twin to compete with. The rival Ford F-Series Super Duty was updated for 2017 while Ram's 2500/3500 Heavy Duty will receive its own redesign for 2020.