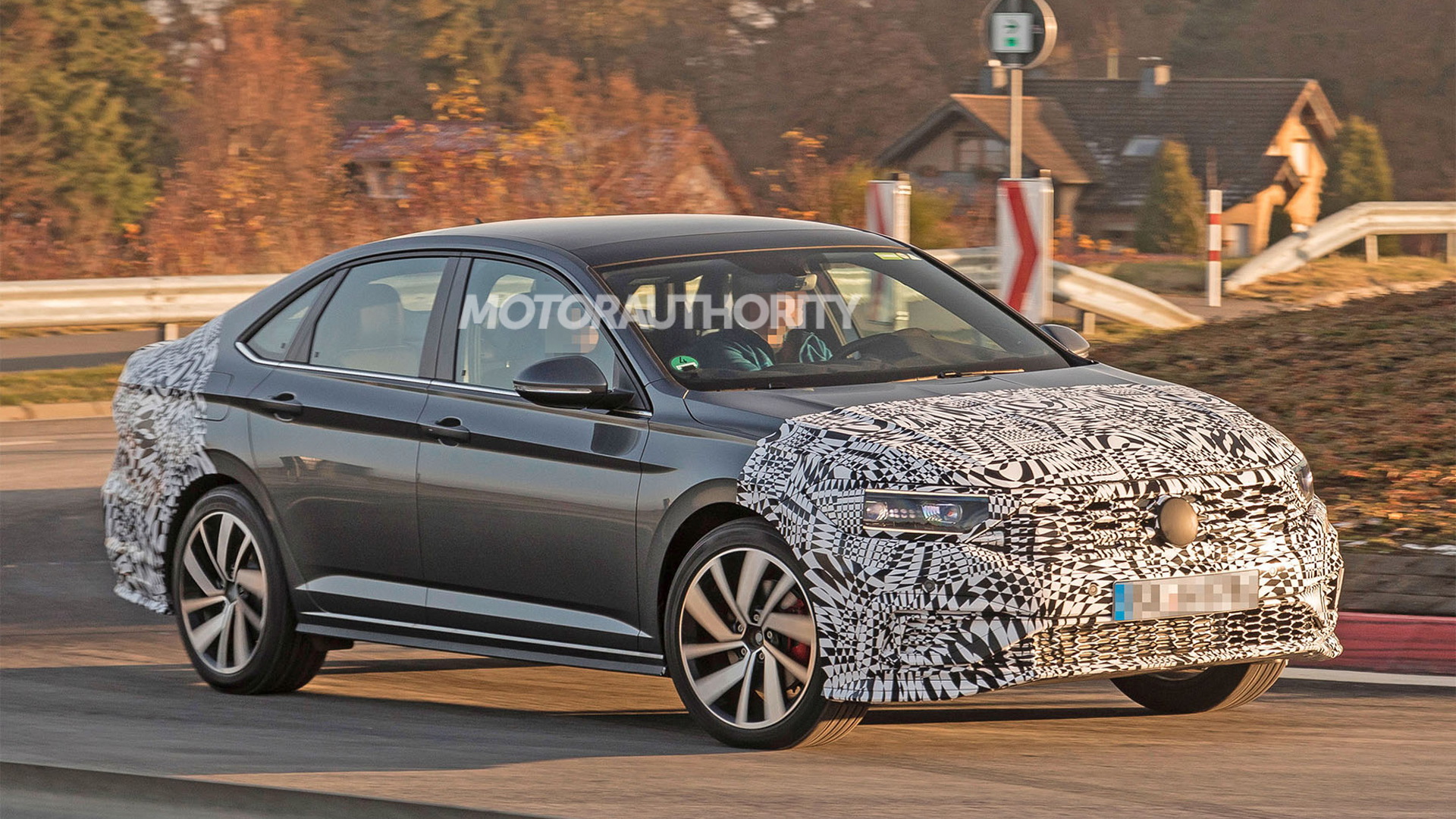 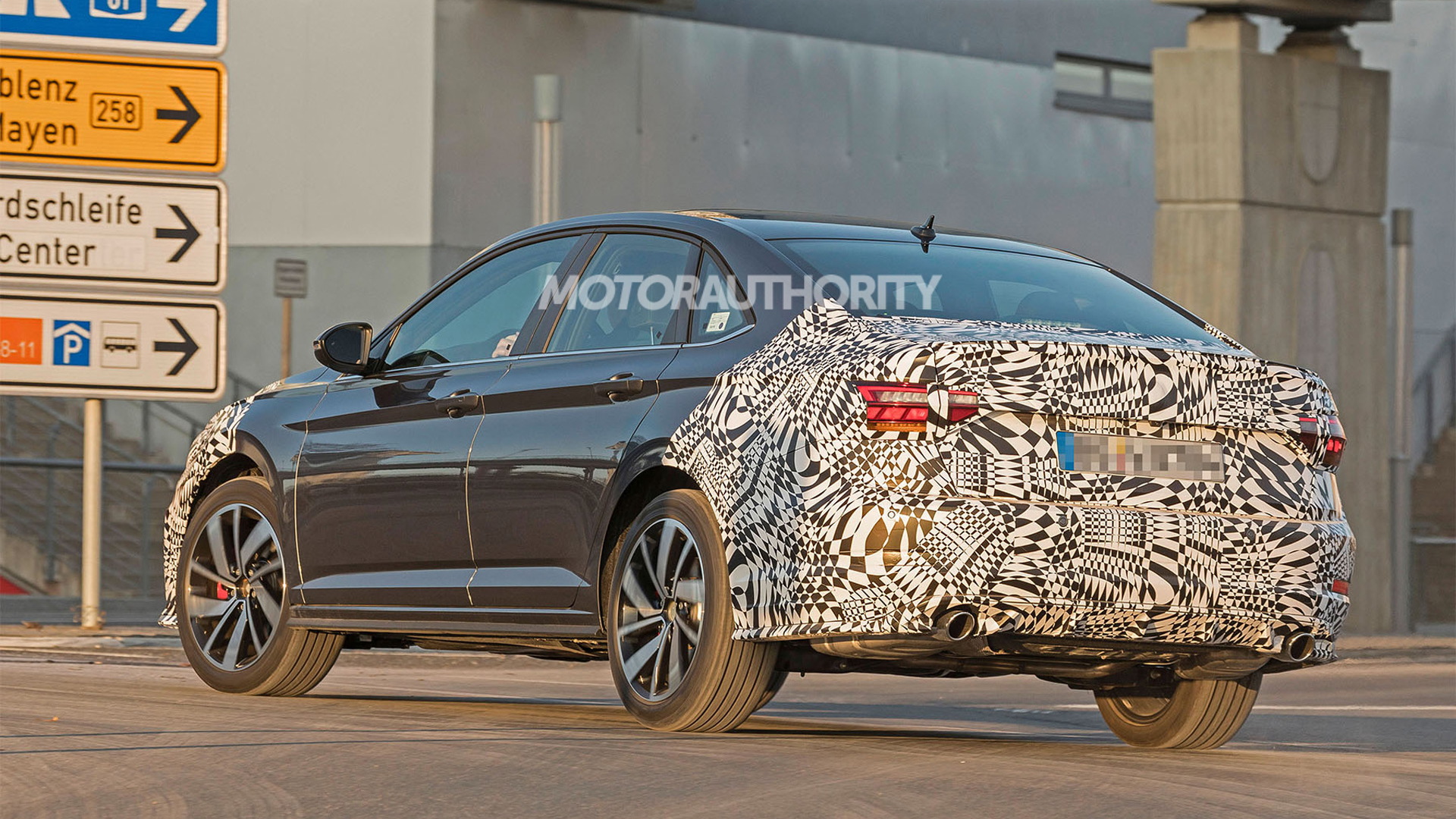 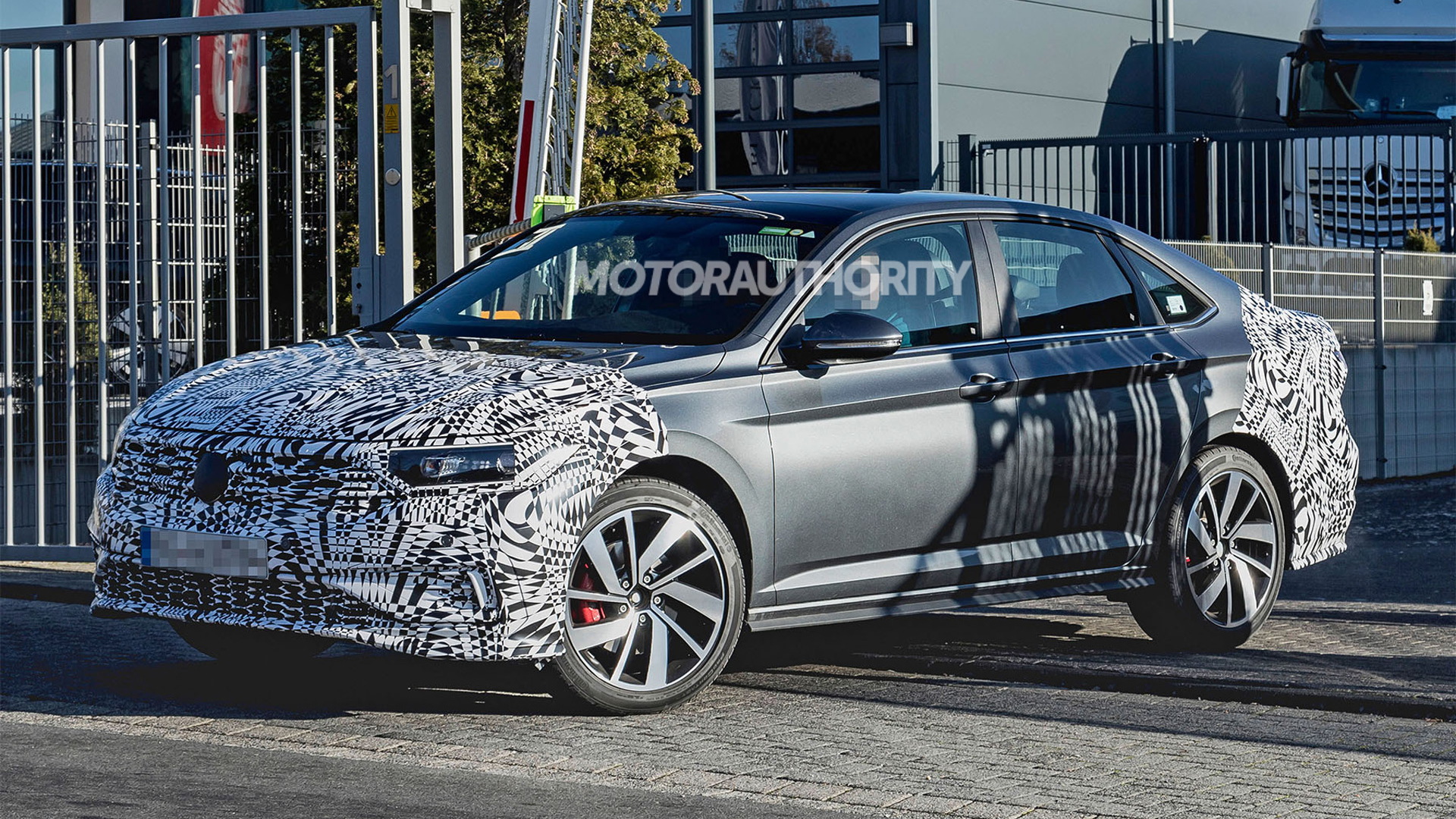 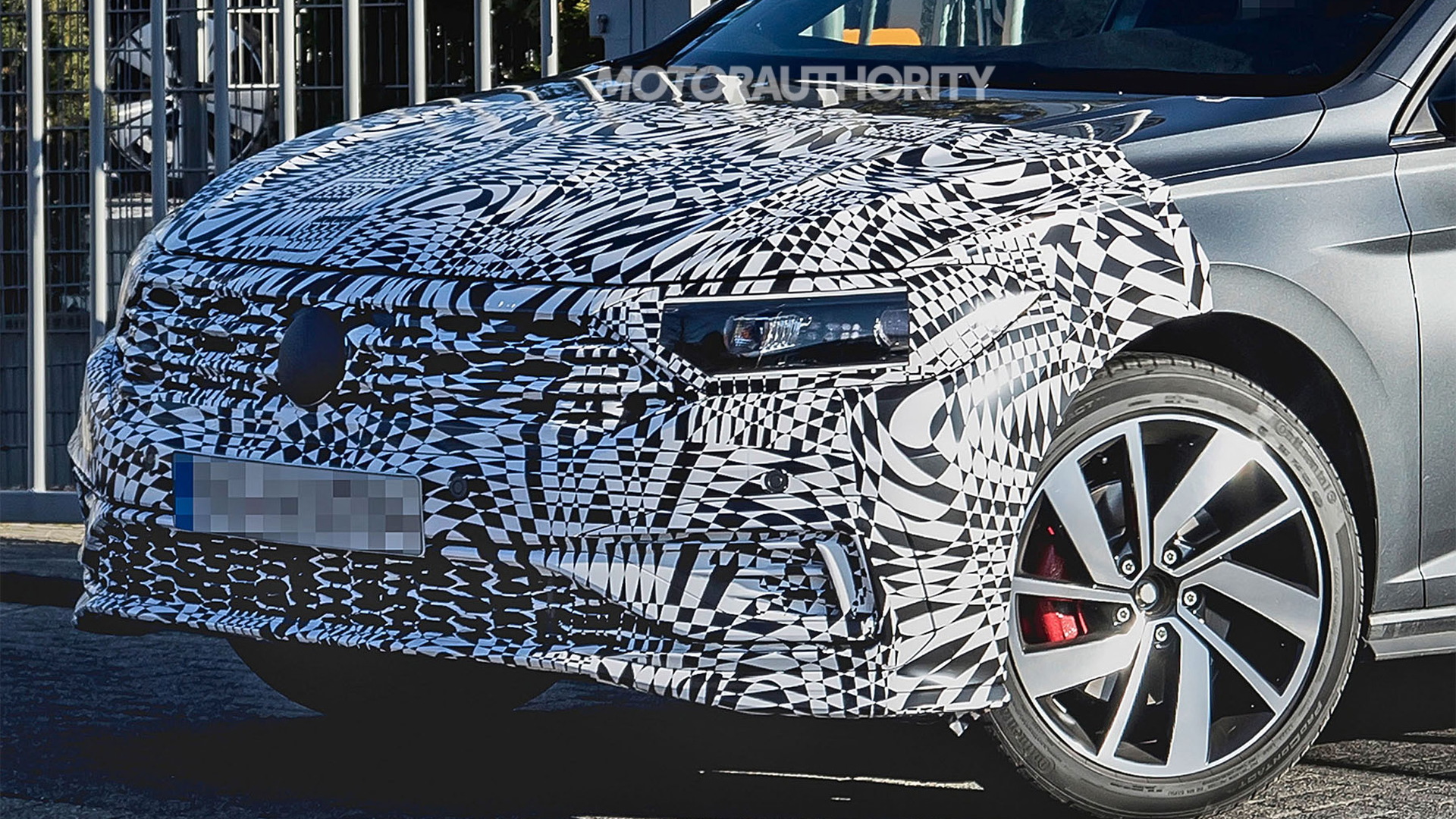 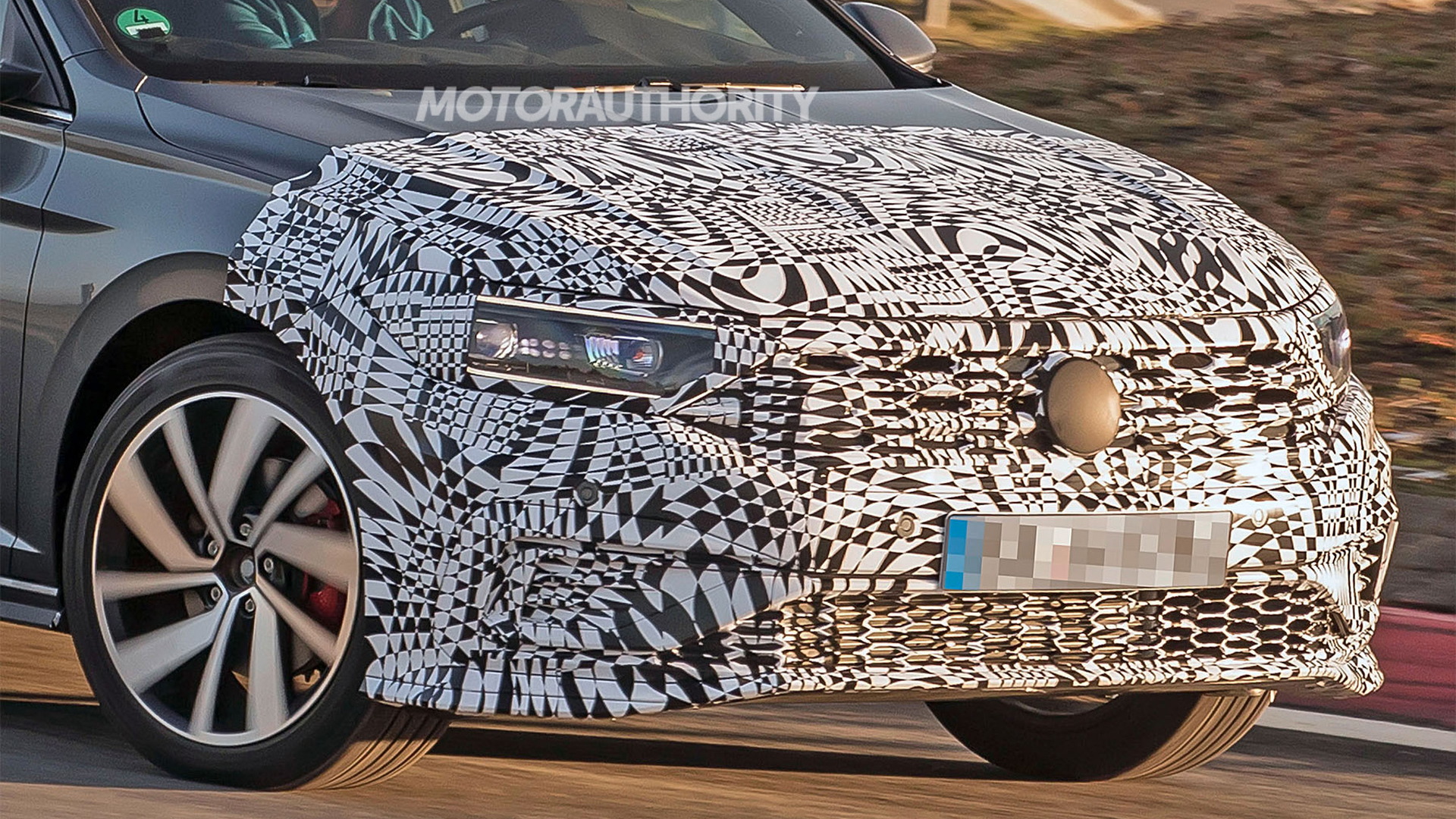 Volkswagen launched a new generation of the Jetta compact sedan for 2019 but the model we're most interested in seeing is yet to debut. We'll see it soon, though, as the debut is expected to take place next February at the 2019 Chicago Auto Show.

The model we're talking about is the Jetta GLI, a prototype for which has been spotted. We know this is the GLI due to the dual-tip exhaust, lowered suspension, and Golf GTI-style wheel, tires and brakes.

Naturally, the car also benefits from more aggressive visual cues applied to the Jetta’s relatively plain-Jane appearance. The front fascia is more menacing, with a sporty mesh treatment for the grille and lower air intake. Subtle front fascia strakes add some sporting detail, just as they do on the related Golf GTI, while at the rear we can see a tasteful diffuser molded into rear fascia.

Volkswagen of America Senior Vice President Product Planning & Strategy Hendrik Muth in 2017 told Motor Authority the new GLI will arrive no more than a year after the standard Jetta. This suggests we'll see it arrive as a 2020 model.

Muth also hinted that a manual transmission will be offered, an option that was recently dropped on the outgoing GLI. The new Jetta also offers a 6-speed manual.

The new GLI should be dynamically superior to its predecessor. The main reason is a switch to Volkswagen Group’s MQB platform from the aging PQ35 of the outgoing model. The car will also benefit from VW Group’s latest 2.0-liter turbocharged inline-4, potentially offering a higher output than the outgoing model’s 210 horsepower and 207 pound-feet of torque, and drive will be to the front wheels only.

One additional change should be a 7-speed dual-clutch transmission in place of the outgoing model’s 6-speed DCT. Of course, we’d recommend going with the manual because we’re not sure how much longer you’ll be able to purchase an affordable sport sedan with a third pedal.

Production for North America will take place at VW’s plant in Puebla, Mexico. It's the same plant responsible for most Golfs sold here and the Tiguan SUV.

Despite the shift to SUVs among new car shoppers, the Jetta remains one of VW’s most important nameplates in the United States. It's the second most popular model at VW behind the Tiguan, selling at an average of 9,000 units per month in 2018.