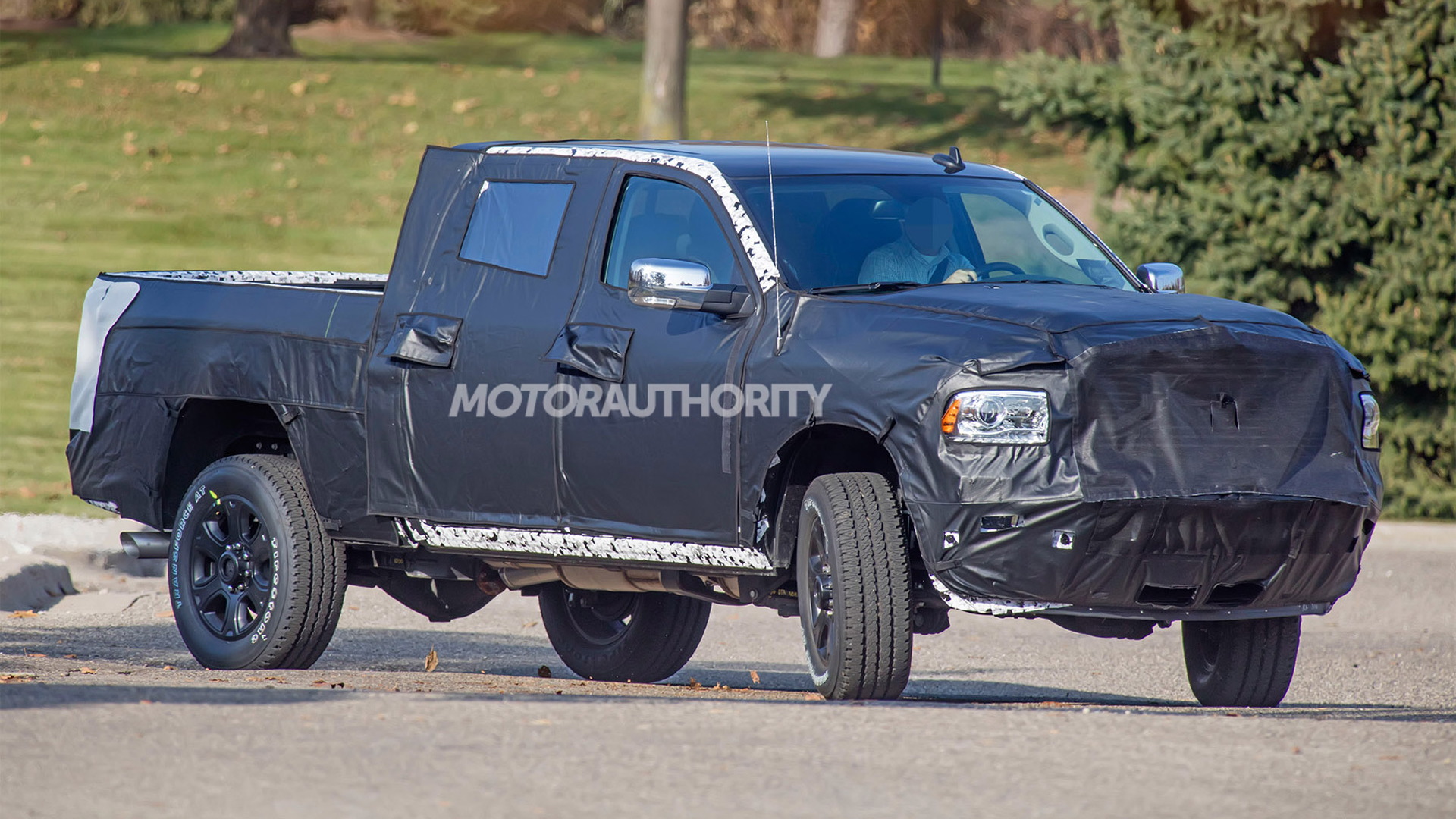 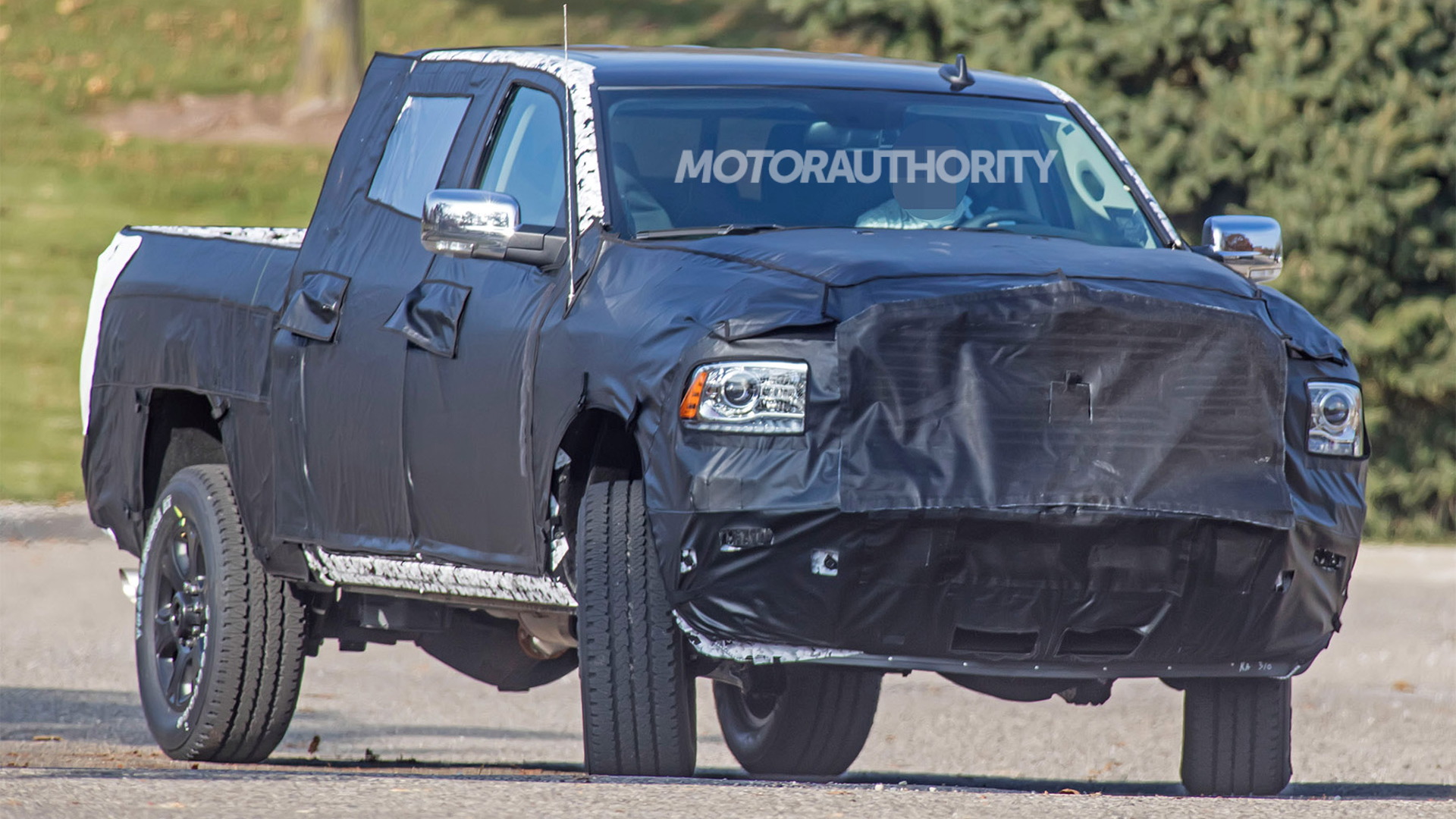 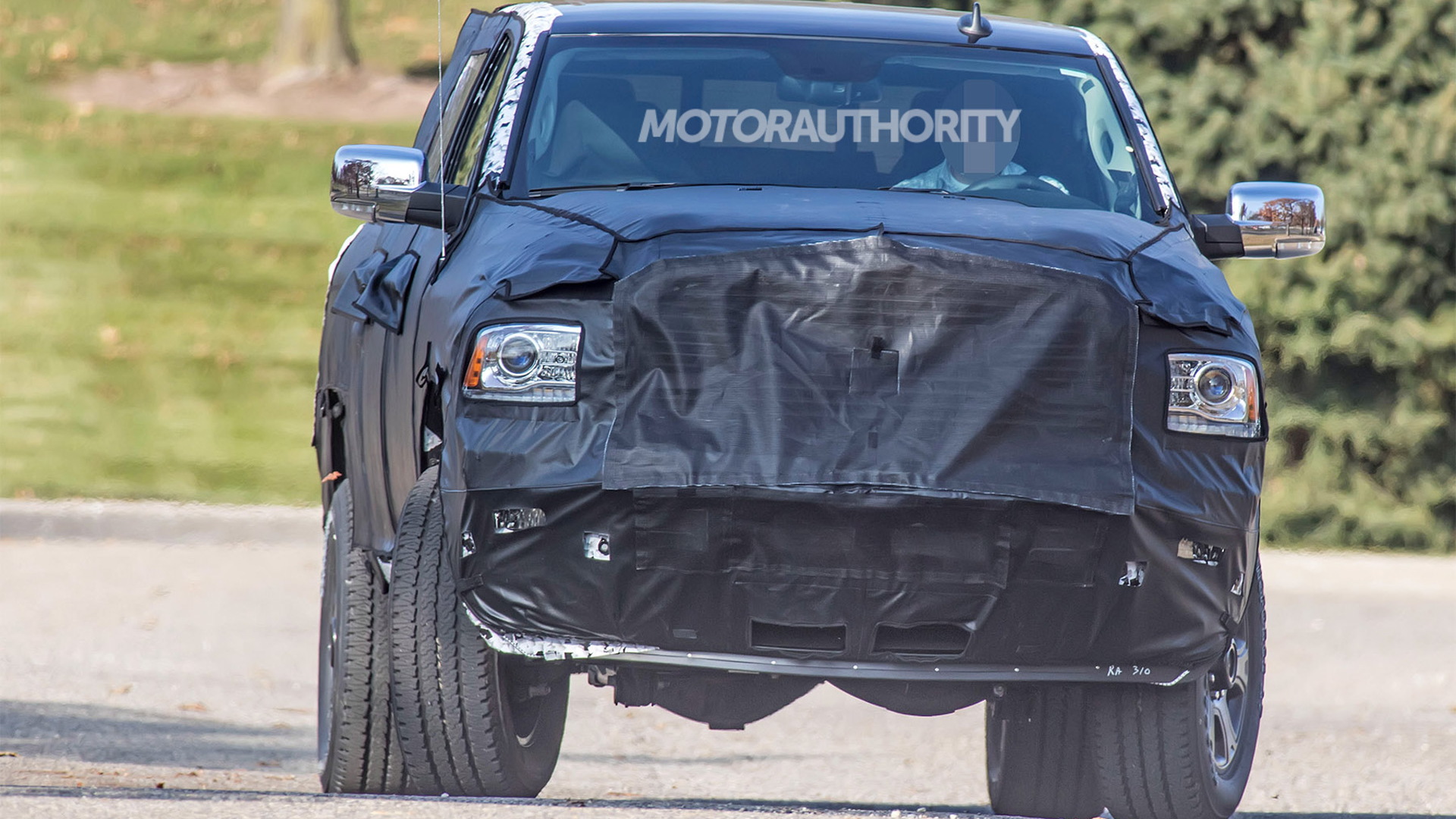 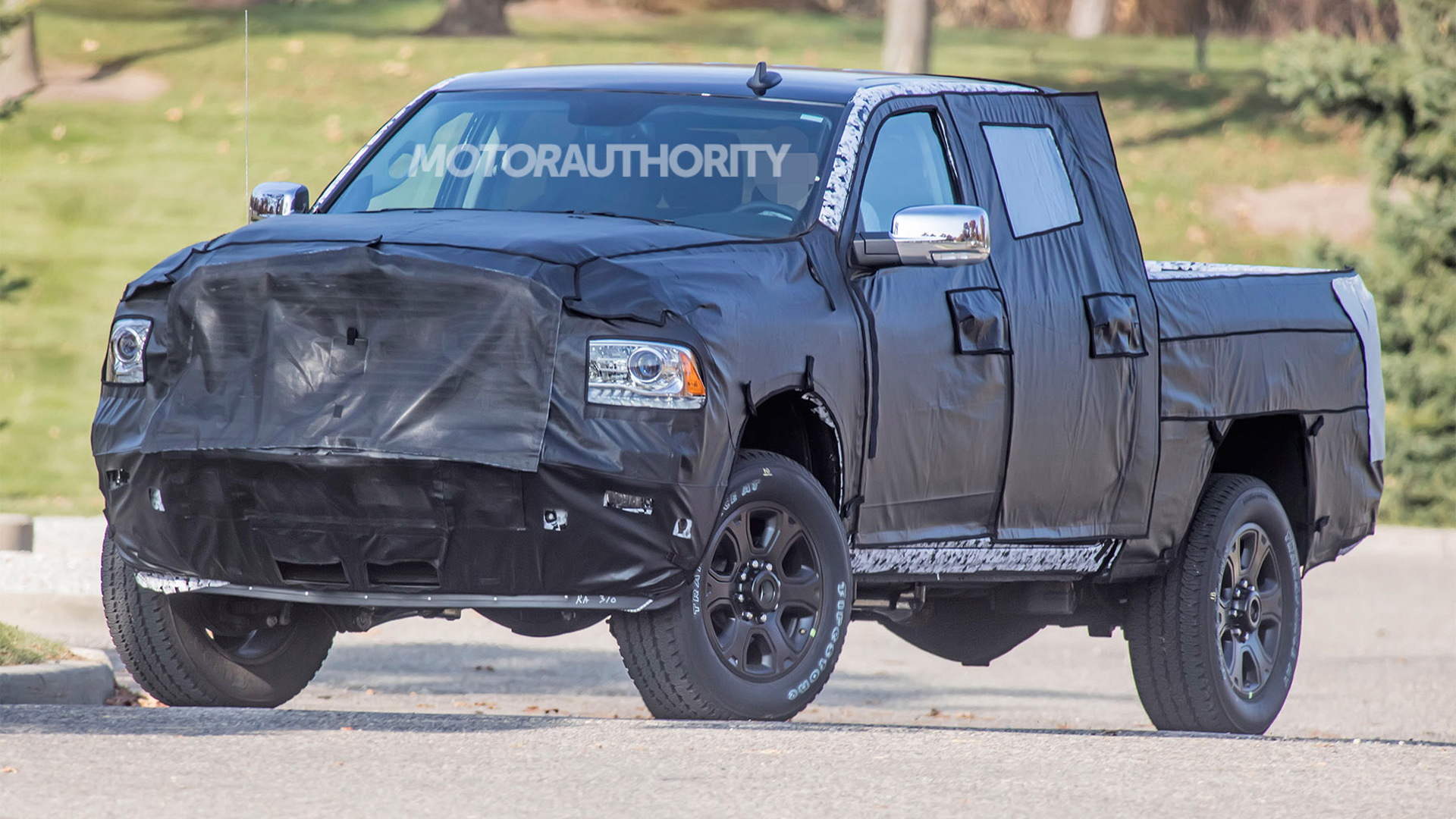 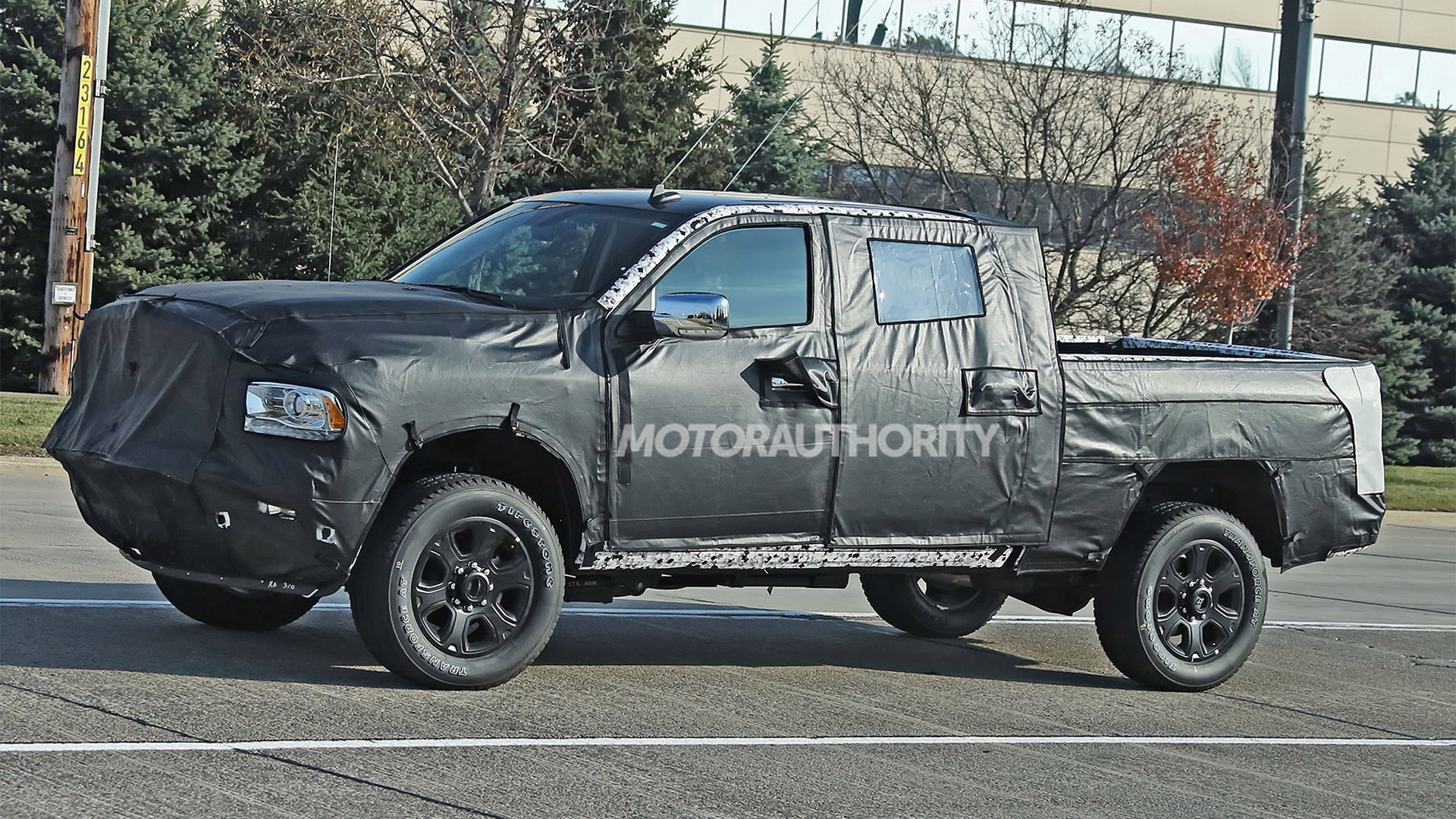 Ram’s new 1500 full-size pickup is almost ready for its debut next January at the 2018 North American International Auto Show in Detroit. In fact, the prototype in our most recent spy shots was almost completely devoid of camouflage gear (see below).

Today, though, we have the first spy shots of the even bigger Heavy Duty model. While the 1500 is due for the 2019 model year, we’re not expecting the 2500 and 3500 Heavy Duty models to arrive until 2020. That’s why the prototype is still at an early stage. You’ll notice it’s even wearing some of the current-generation’s parts, such as the headlights.

Pickups are tough, beastly things that have grown beyond all practical proportion in recent years; Ram’s offerings perhaps especially so. The new HD models are looking like they’ll go even farther. That's a good thing for most truck buyers, however. Towing, hauling, and apparently dominating the road are all on the capabilities list for the newest member of Ram's fold.

The powertrain lineup should mirror current offerings, though we’ve heard Ram might drop the 5.7-liter V-8. The engine delivers 383 horsepower and 400 pound-feet of torque in the current HD models, and while it may not feature in the new HD models we know it will appear in the new 1500.

And for diesel fans there will be the 6.7-liter turbocharged inline-6 from Cummins. This unit supplies a monster 930 lb-ft. With so much twist, you’ll be able to haul well over 30,000 pounds.

Pickup trucks are huge sellers for the Detroit 3 automakers, so though won't want to rock the boat when designing a new one. In the first 10 months of the year, the entire light truck market is up 5.2 percent, with Ram selling 374,901 pickups. Even with the new models just around the corner, current sales of Ram’s pickups are up 3.8 percent on the same period last year.