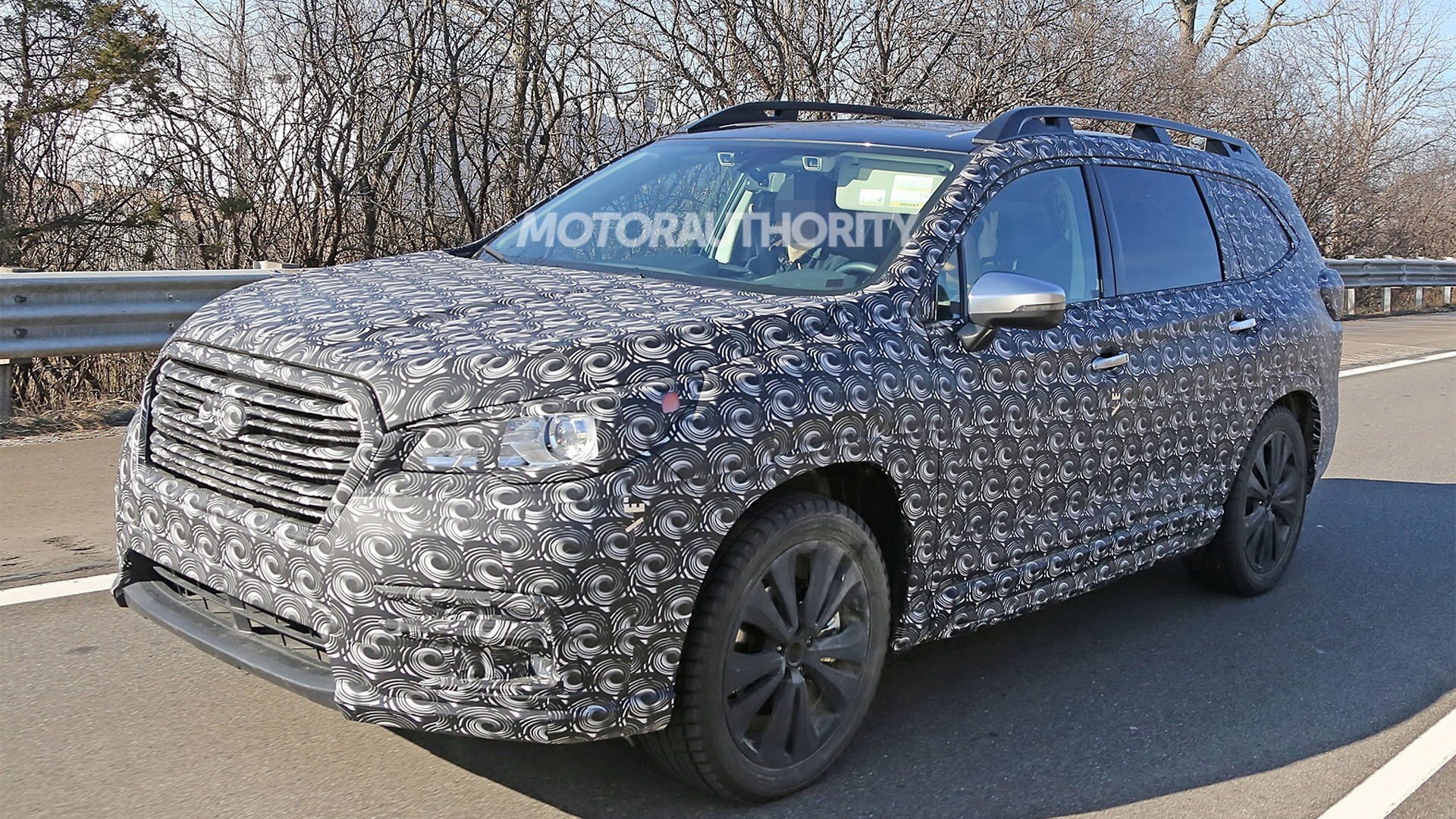 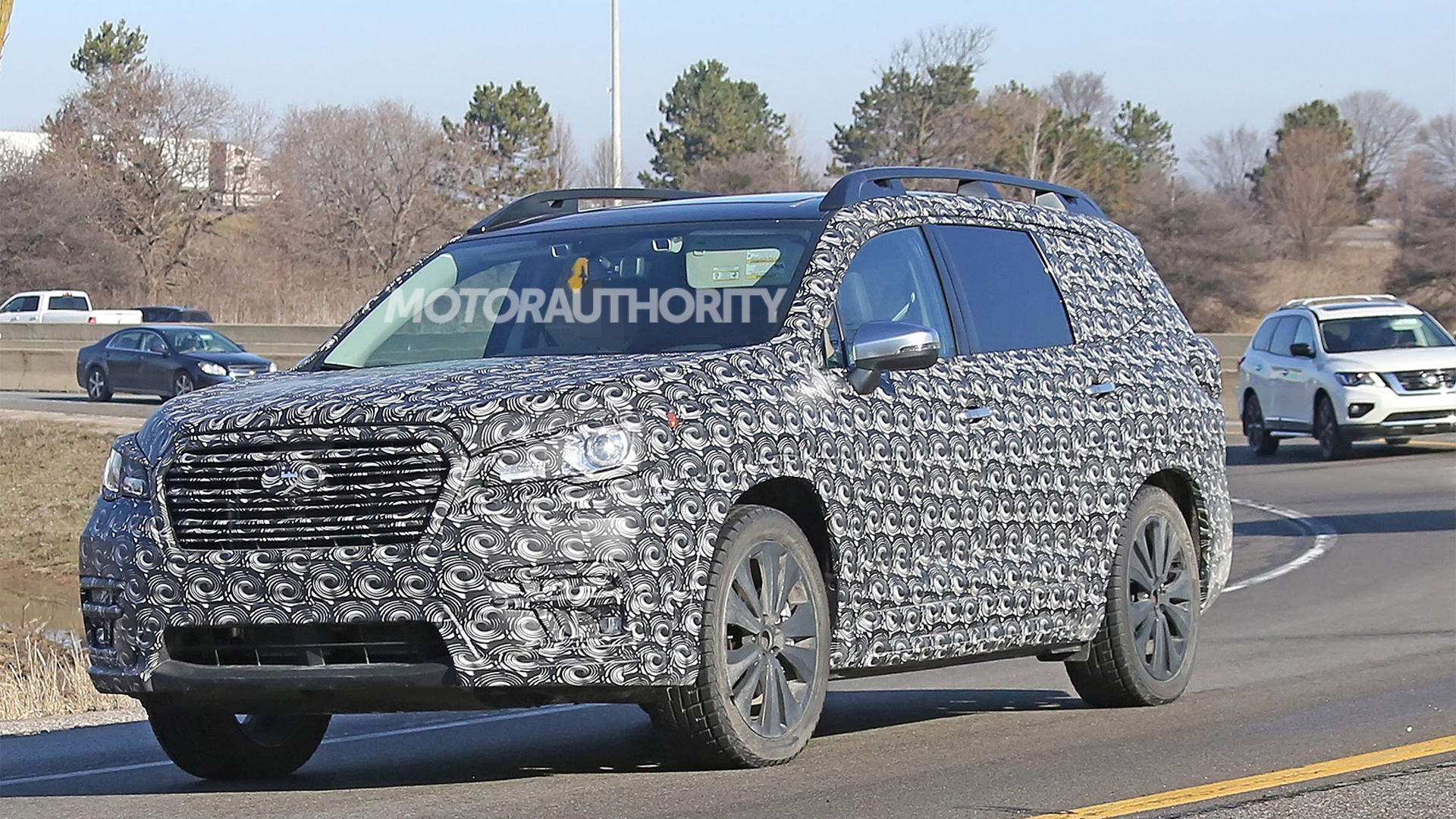 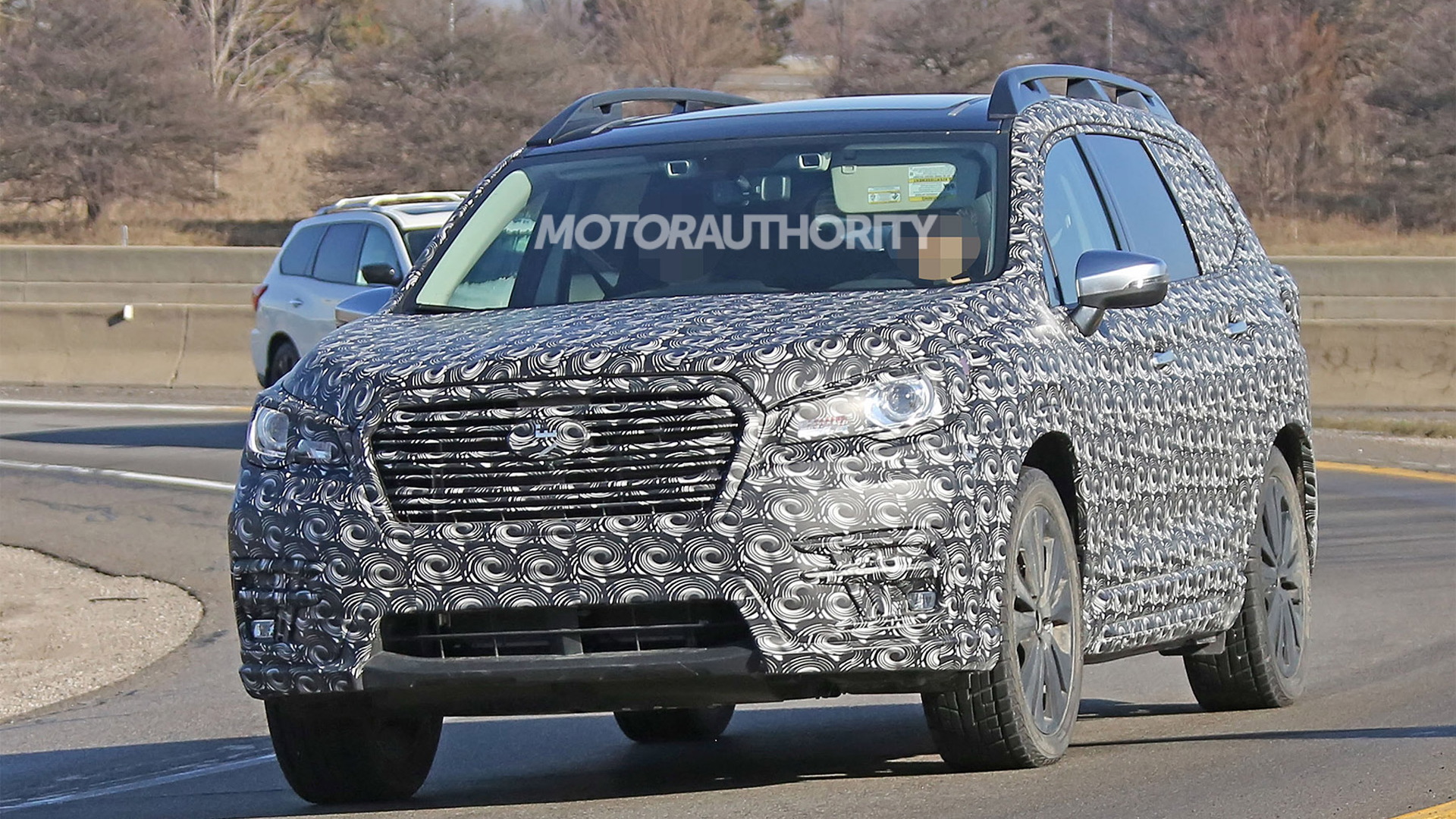 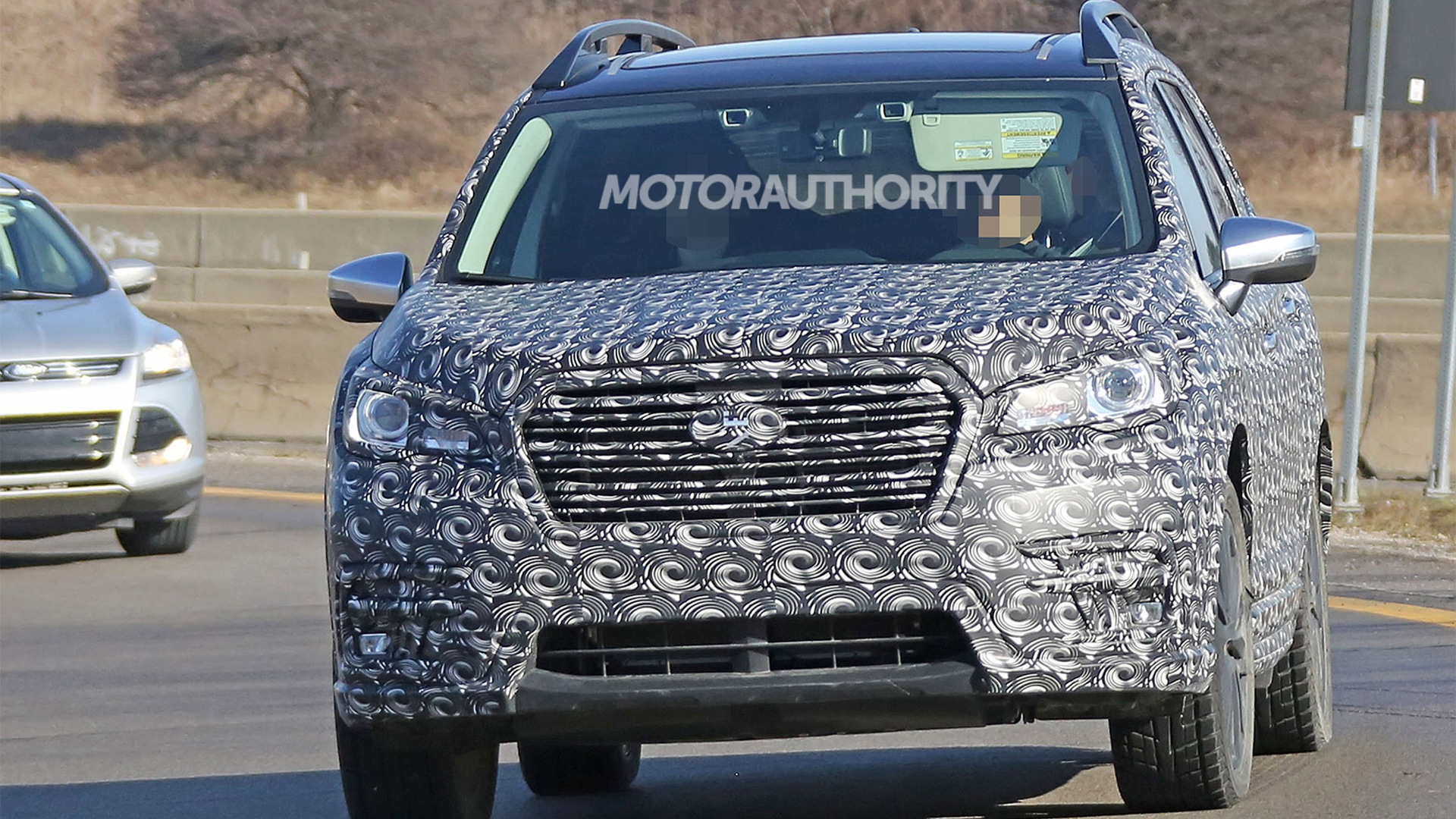 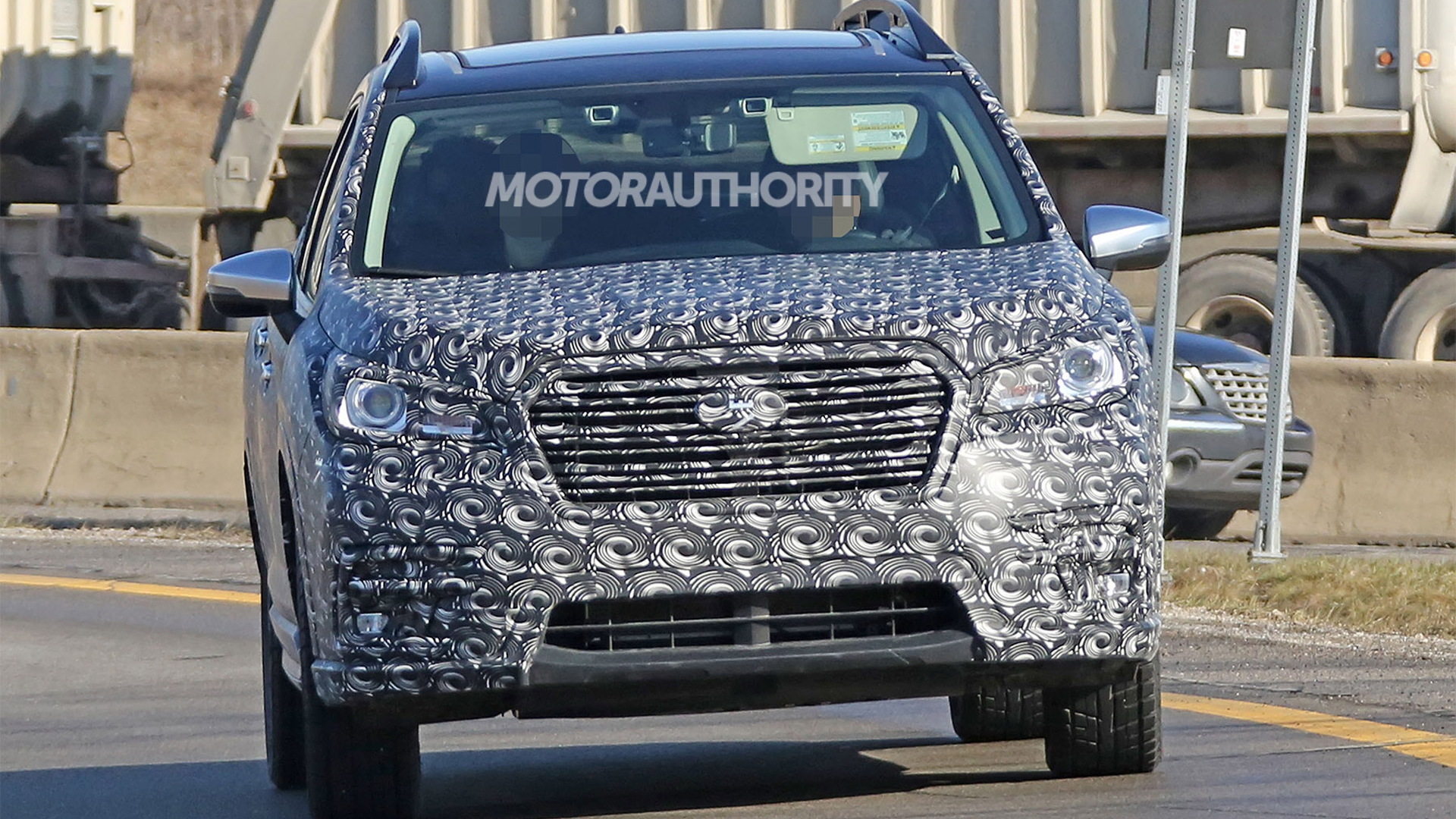 When it was dropped at the end of the 2014 model year, Subaru’s Tribeca was both the oldest and least popular model in the automaker’s lineup. But given the strong demand for reasonably priced SUVs with third-row seats, it was only a matter of time until a replacement was launched.

The replacement has now been spied testing. The latest 3-row SUV will go by the name Ascent and make an appearance later this month at the 2017 Los Angeles Auto Show. It’s confirmed to start sales in 2018, arriving as a 2019 model.

The Ascent was first previewed at the 2016 L.A. Auto Show by the Viziv-7 concept and again at the 2017 New York International Auto Show by an Ascent concept. Unfortunately, in typical Subaru fashion, what started out as interesting concepts has been neutered on its way to production. From some angles, the Ascent looks more like a wagon than an SUV.

The vehicle is shaping up to be larger than the Tribeca. It will measure 198 inches in length, or about 9 more than the Outback. This should result in plenty of space for passengers in all three rows. Underpinning it is the Subaru Global modular platform, which in shortened form debuted in the 2017 Impreza.

Seen in some of the spy shots are a Ford Explorer, Mazda CX-9 and Toyota Highlander, the targeted rivals for the Ascent. Shoppers should also consider the Chevrolet Traverse, Honda Pilot and Volkswagen Atlas.

The arrival of the Ascent will also mark the introduction of a new engine at Subaru. It will be a 2.4-liter turbocharged engine with the automaker's signature horizontally opposed layout. The engine will also feature direct injection, and naturally it will power all four wheels. A CVT should also fit into the equation.

Production will take place at Subaru’s plant in Lafayette, Indiana. The plant is where the automaker builds its Legacy, Outback and Impreza models.

Stay tuned for the debut at the L.A. Auto Show on November 29.