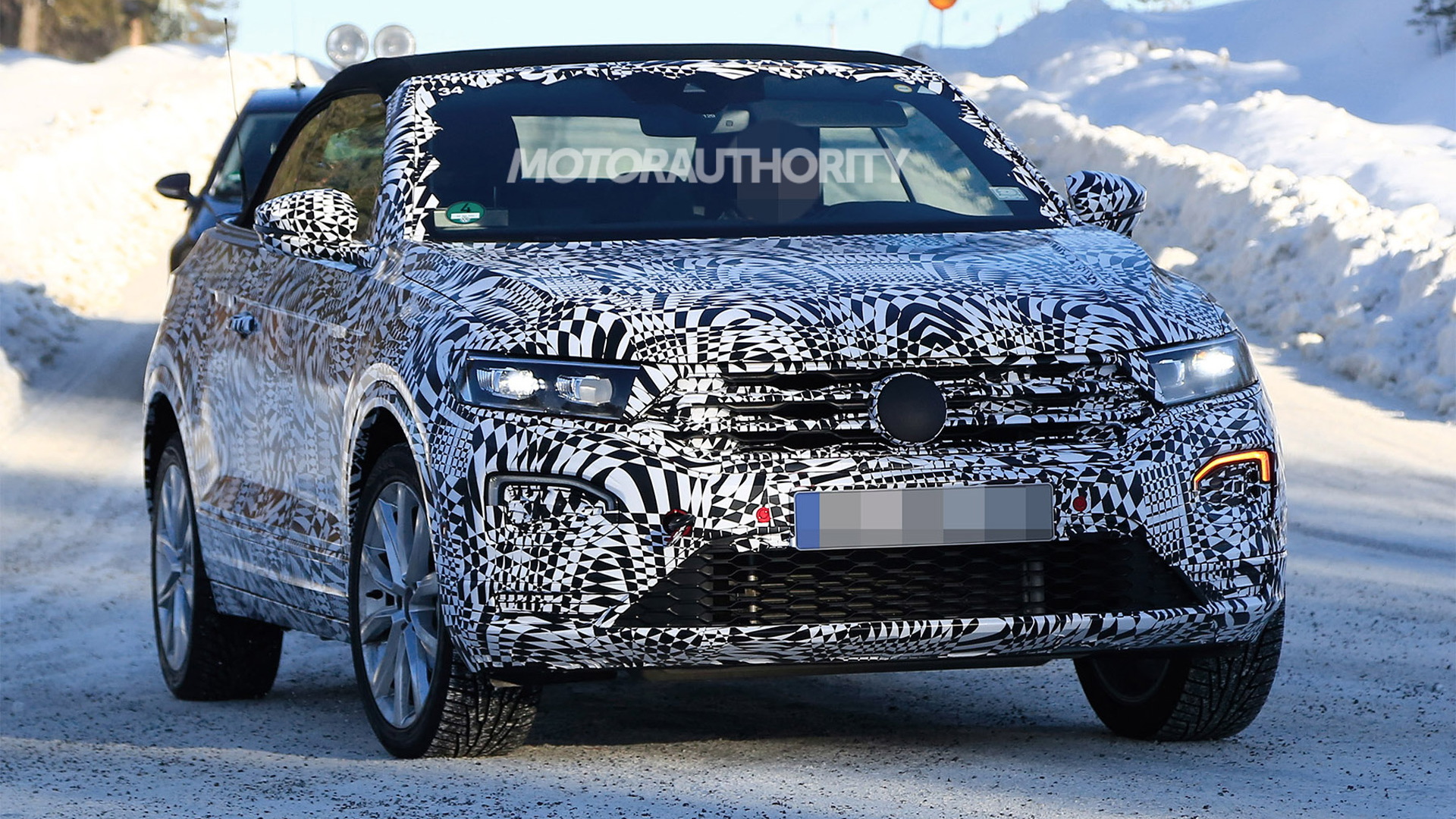 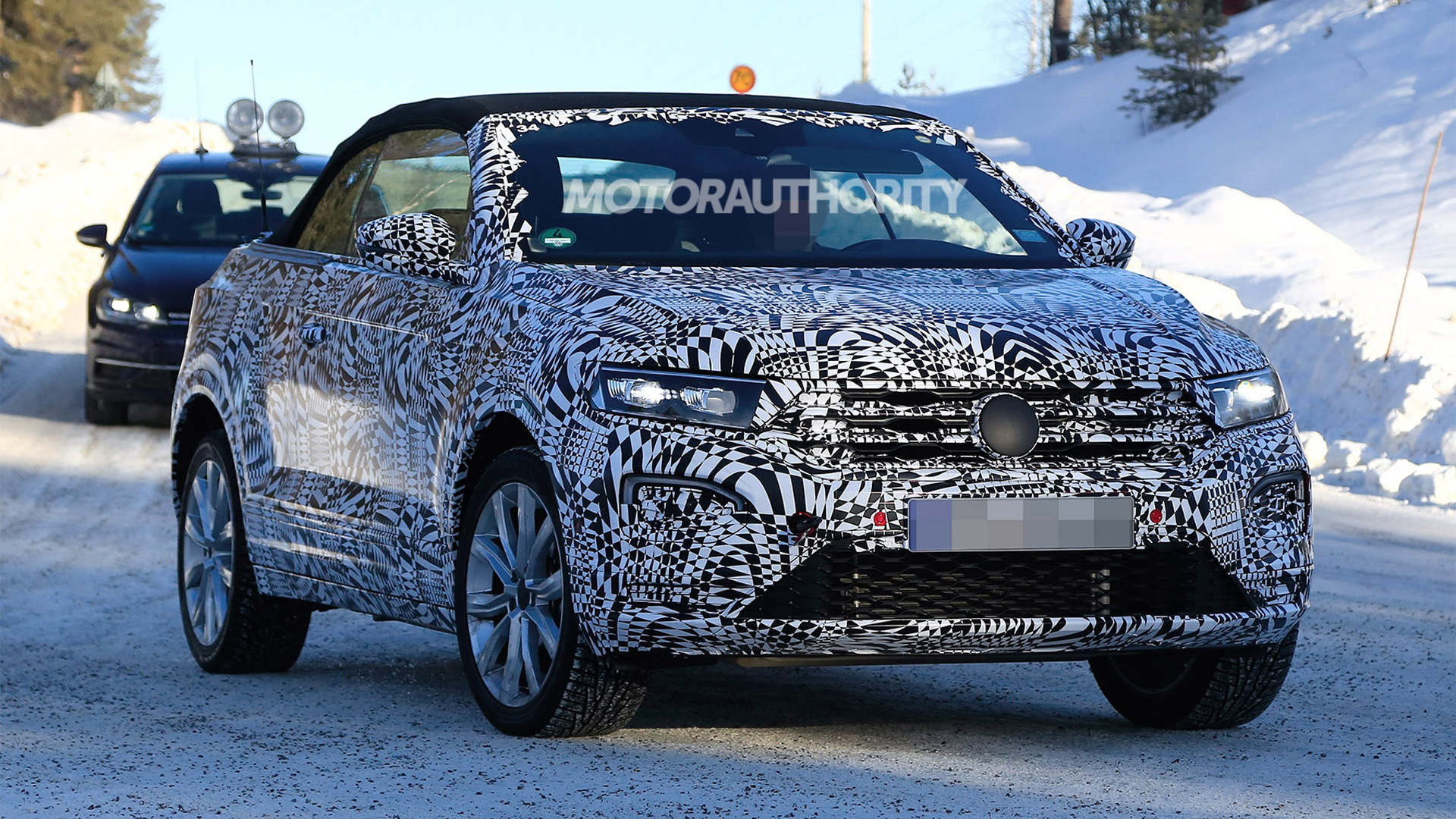 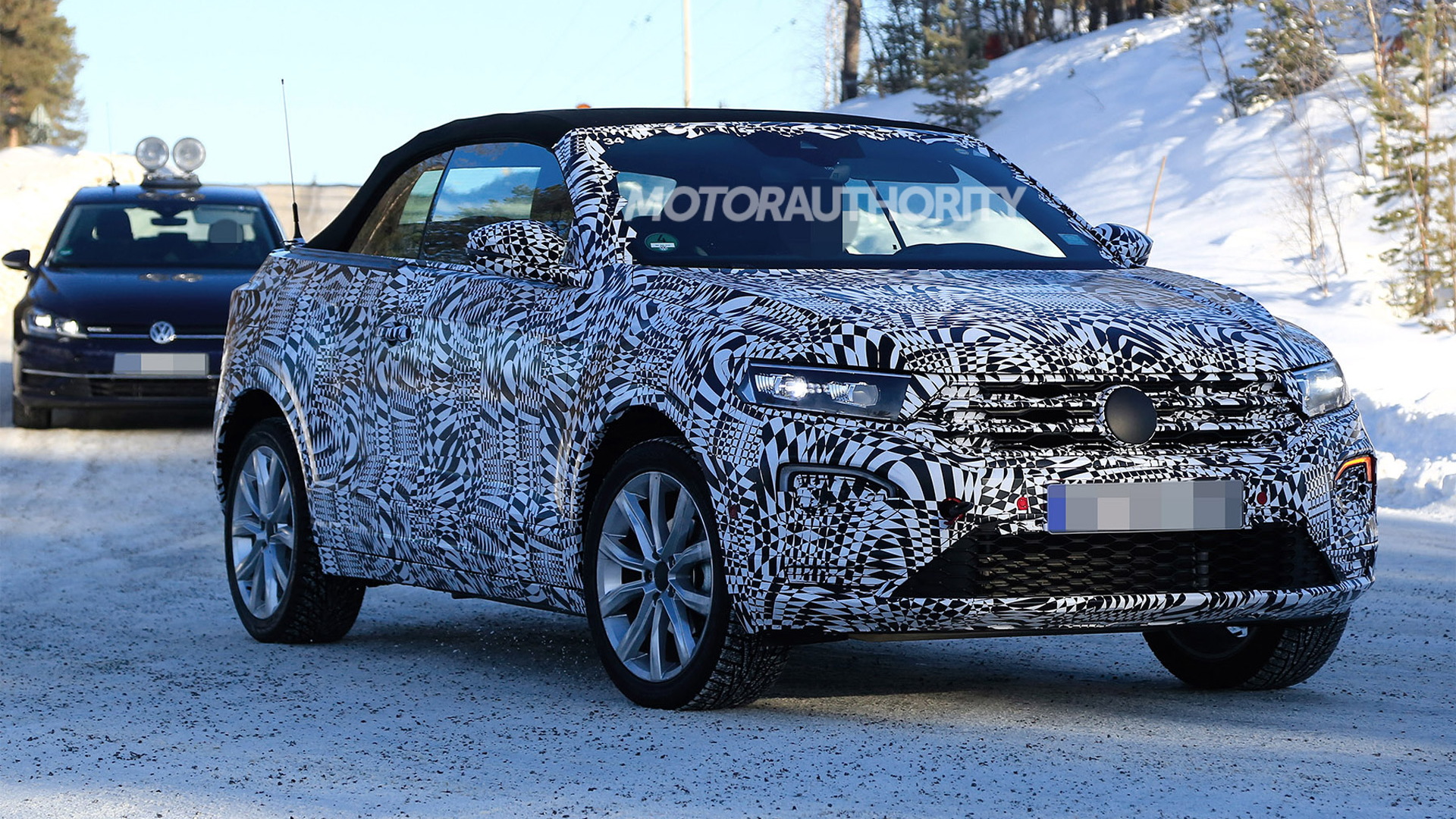 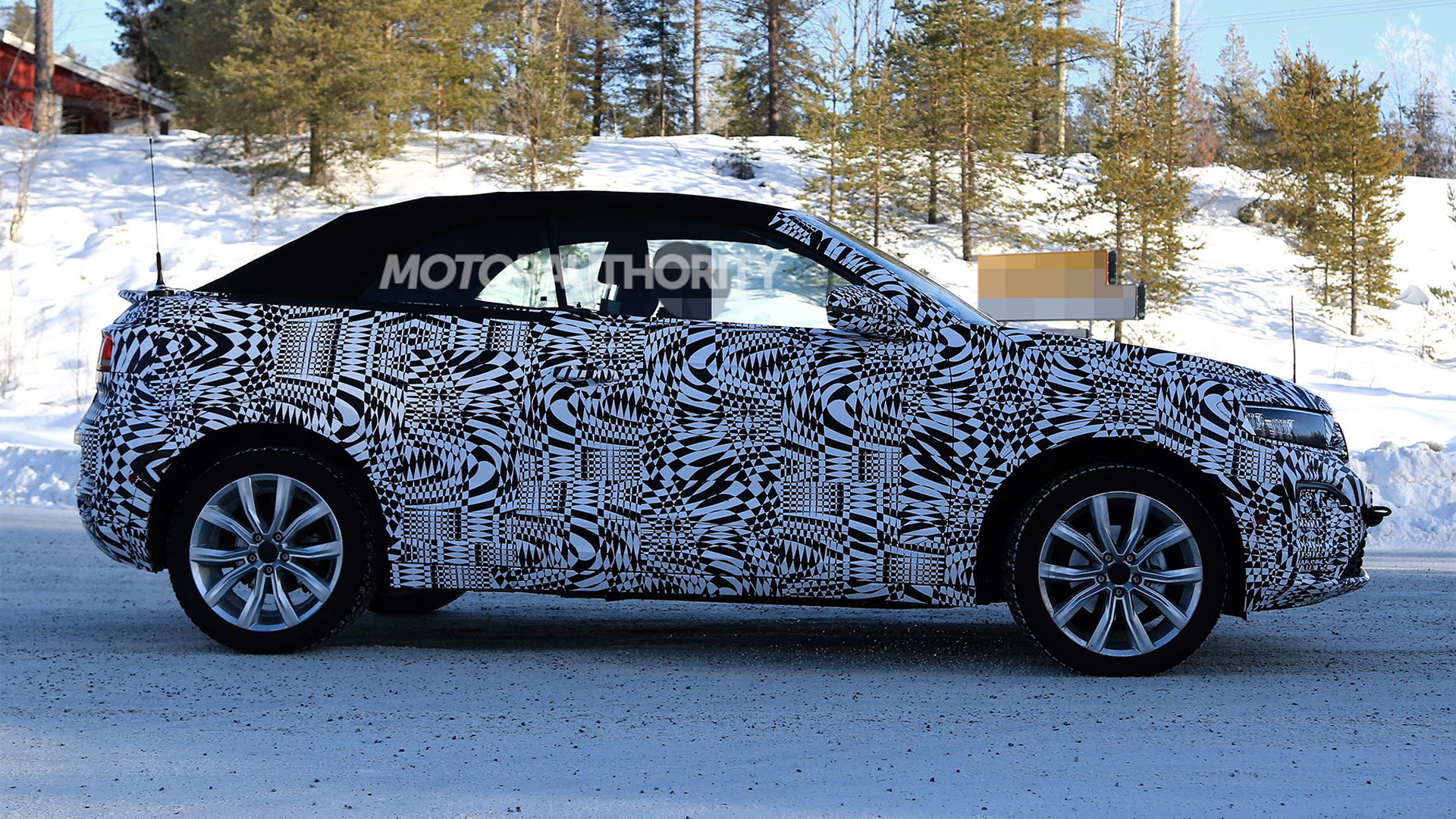 A new open-top version of Volkswagen's trendy T-Roc has been spotted. Its sighting follows February's reveal of the high-performance T-Roc R.

The T-Roc is a compact crossover SUV based on Volkswagen Group's flexible MQB platform. It isn't sold in the United States so don't count on this open-top version appearing in local showrooms anytime soon.

Elsewhere, the open-top T-Roc, likely to be called a T-Roc Cabriolet, will go on sale in the first half of 2020 as a replacement for the soon-to-be-discontinued Beetle Cabriolet. It will be produced at VW's plant in Osnabrück, Germany.

Our spy shots and video show what the T-Roc Cabriolet will look like when it reaches production, and unsurprisingly it wears similar design traits to the fixed-roof version.

The basic design changes from four doors to two, the roof is a cloth unit, and the rear end is slightly altered with a small spoiler.

The only competition for the T-Roc Cabriolet is Land Rover's Range Rover Evoque Convertible. However, BMW could join the fray with an open-top version of its X2.

While VW has no plans to bring the T-Roc to the U.S., the automaker isn't ignoring the compact crossover segment here. Instead it's developing a separate nameplate for our market that will be styled like the mid-size Atlas and enter production at a plant in Mexico in 2020.