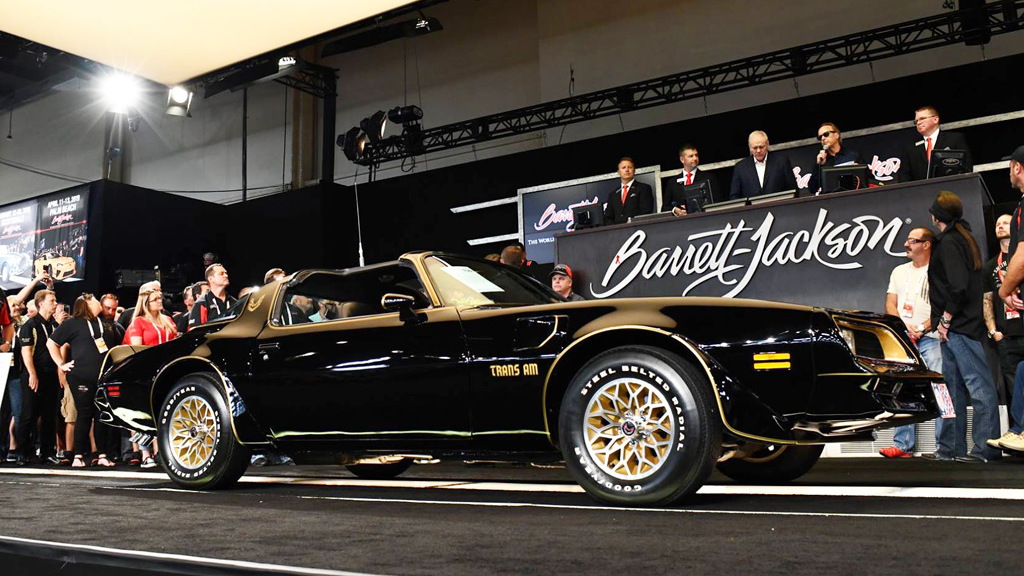 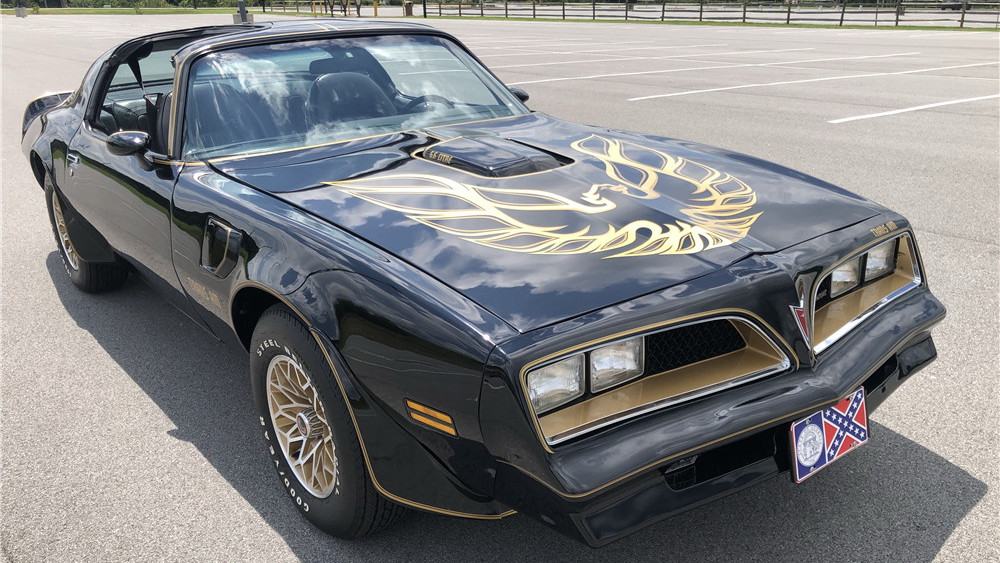 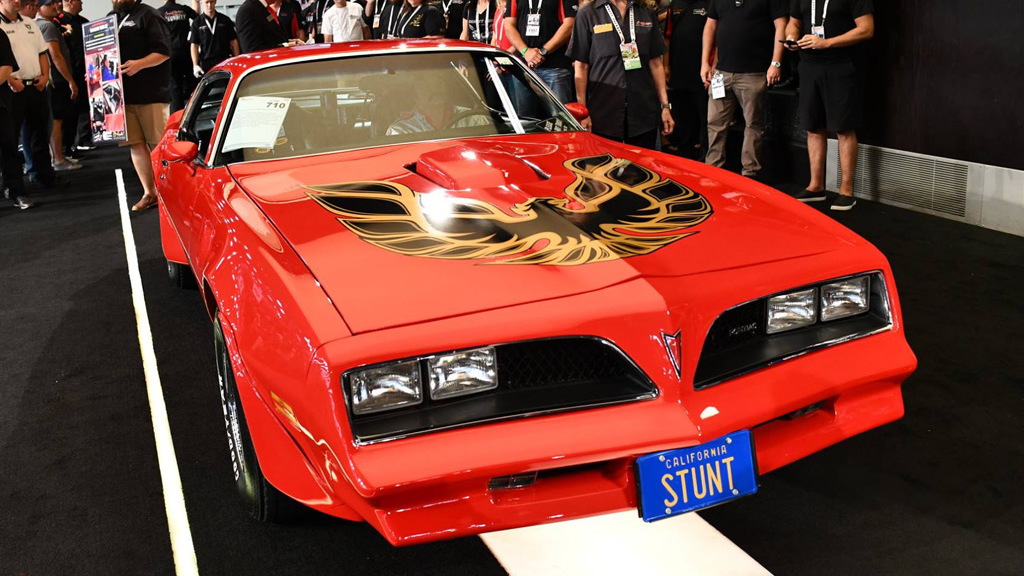 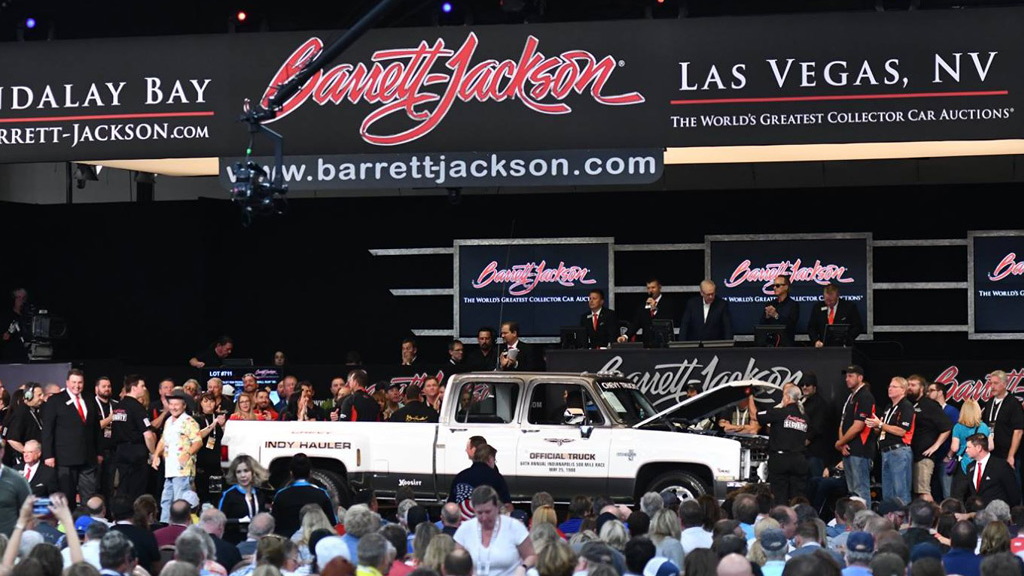 Following the passing of Burt Reynolds on September 6, a collection of the late actor's vehicles were put up for sale last week at Barrett-Jackson's auction in Las Vegas.

Reynolds had been selling off cars from his collection in the years leading to his passing, with some of the proceeds going to fund the Burt Reynolds Institute that supports acting students and film production.

At the Barrett-Jackson auction running Sept. 27-29, the final three cars in Reynolds' collection were put under the hammer, fetching $330,000 in the process. Of course, two of them were 1978 Pontiac Firebird Trans Ams. The third was a 1987 Chevrolet R30 pickup truck, and each is special in its own right. Reynolds personally autographed each vehicle.

Burt Reynolds and the Trans Am SE Bandit Edition

The 1978 Trans Am is an exact duplicate of the "Smokey and the Bandit" movie car, finished in black and gold with a screaming chicken on the hood. Naturally, it fetched the highest price with a buyer paying $192,500 to own it.

Reynolds and his friend Gene Kennedy scrutinized the original Trans Ams used during filming of the Bandit movie to nail every single detail down to the CB antenna, scanner, and tires when building the replica. Powering the car is a 400-cubic-inch V-8 engine with a custom automatic transmission. New Butler Performance parts were installed and the car now boasts air conditioning.

Sadly, the original Bandit cars were destroyed after filming due to liability issues. Universal forbid the sale after finishing filming due to possible frame damage, which leaves this car as one of the most authentic Bandit lookalikes around. A previous promotional car sold for $550,000 at auction in 2014, but Reynolds actually owned this car.

The other Trans Am is a 1978 model that resembles the red example featured in the movie “Hooper,” and it fetched $88,000. Reynolds performed many of the stunts in the film and recalled driving the Trans Am during some of film's wildest moments. The car is bright red with a 403-cubic-inch V-8 lurking under the screaming chicken-splashed hood. Like the Bandit car, it also has an automatic transmission.

Finally, the 1987 Chevy R30 pickup is a replica of the one that featured in the movie "Cannonball Run," and it sold for $49,500. Fans of the cross country race film will recall seeing the duallie pickup jump over a moving freight train. This replica version is powered by a 496-cubic-inch V-8 mated to automatic transmission. It's also been outfitted with some modern amenities, such as power steering and brakes, and air conditioning.

There was a fourth vehicle at the auction with a connection to Reynolds. It never appeared in any of Reynolds' films but is instead the only surviving example of a pair of Trans Ams used to promote the Tampa Bay Bandits of the now-defunct USFL, having been driven out onto the field by Reynolds and his late friend and co-star, Jerry Reed, during opening day one season. It sold for $49,500.