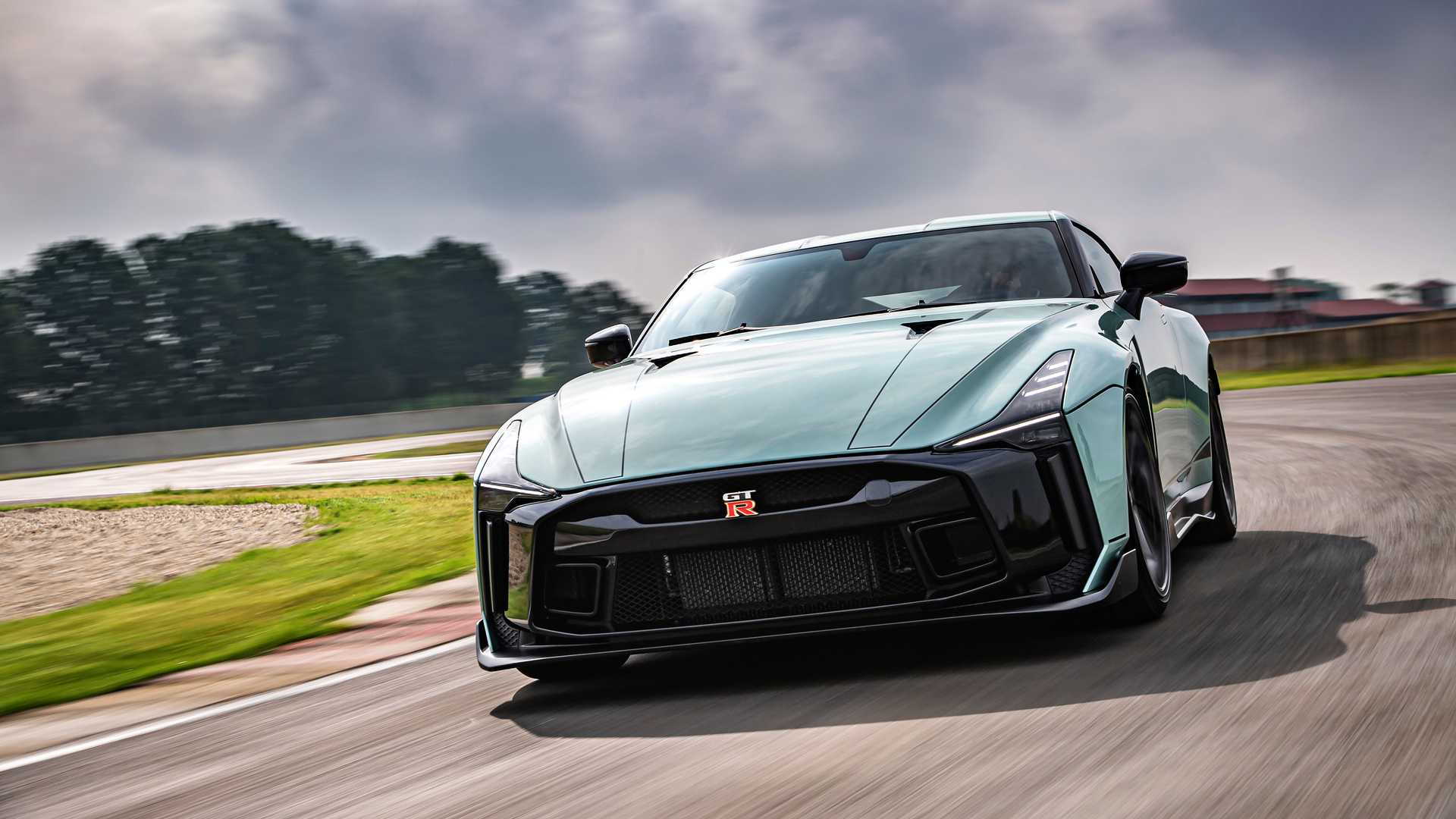 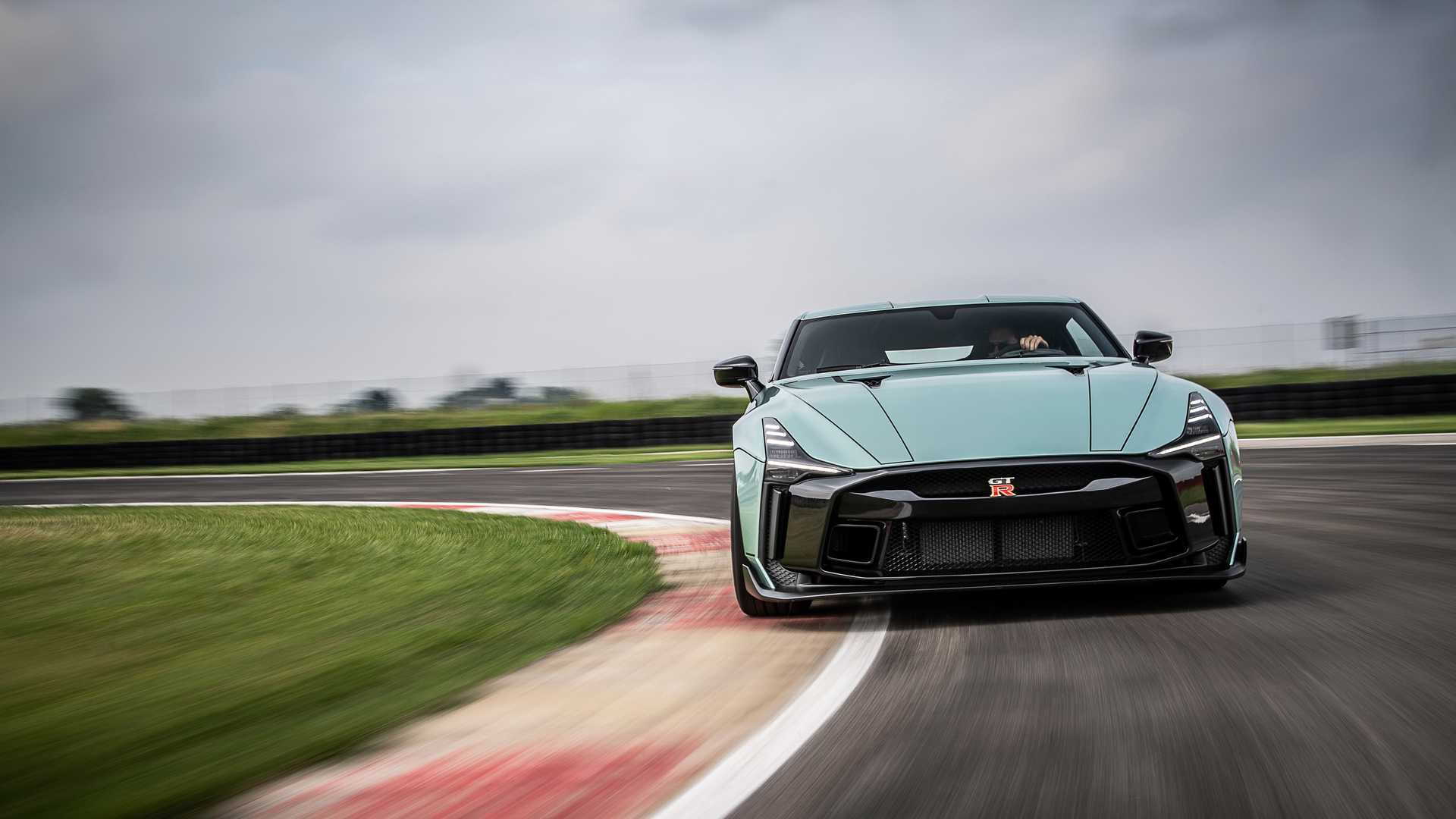 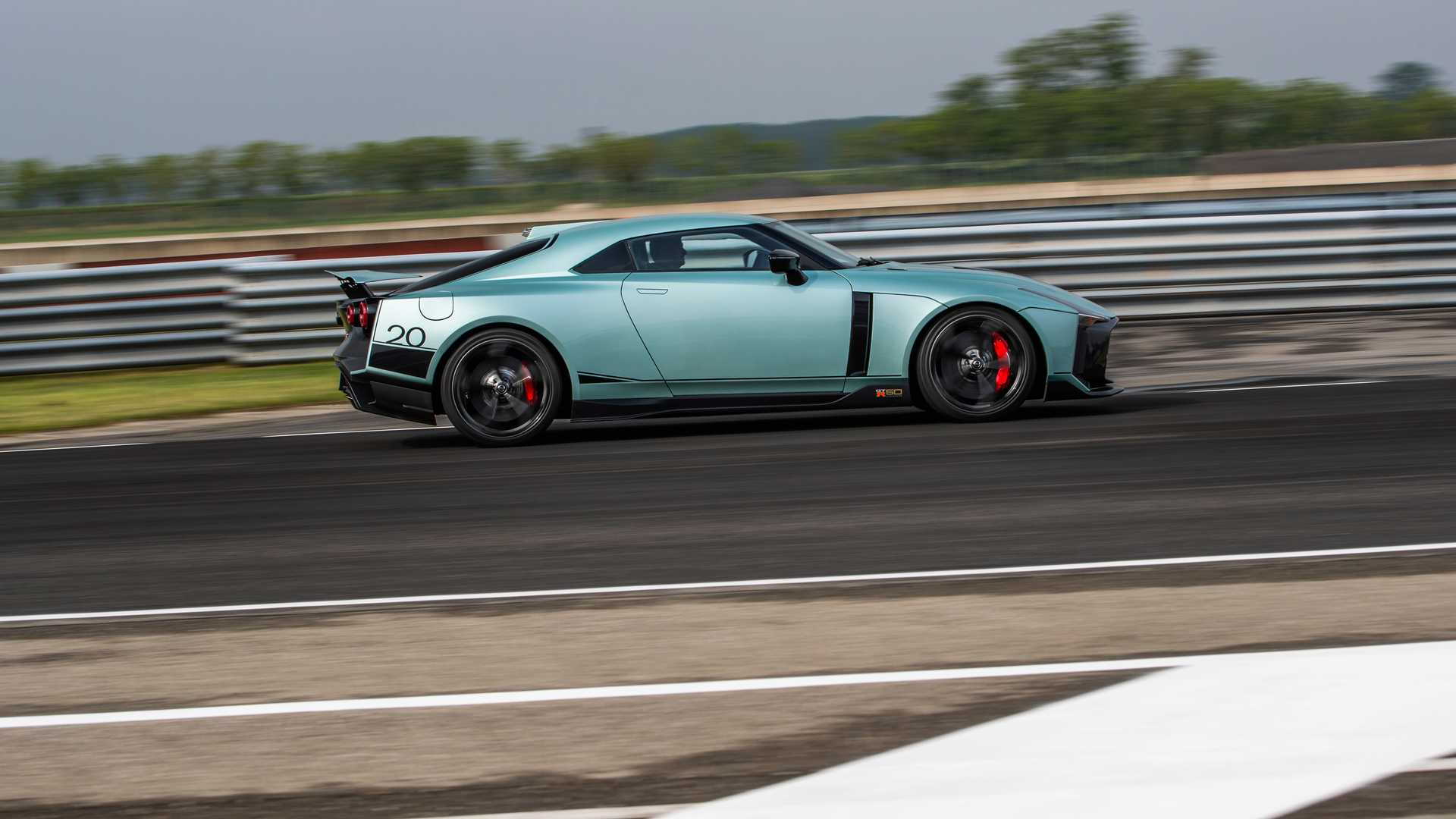 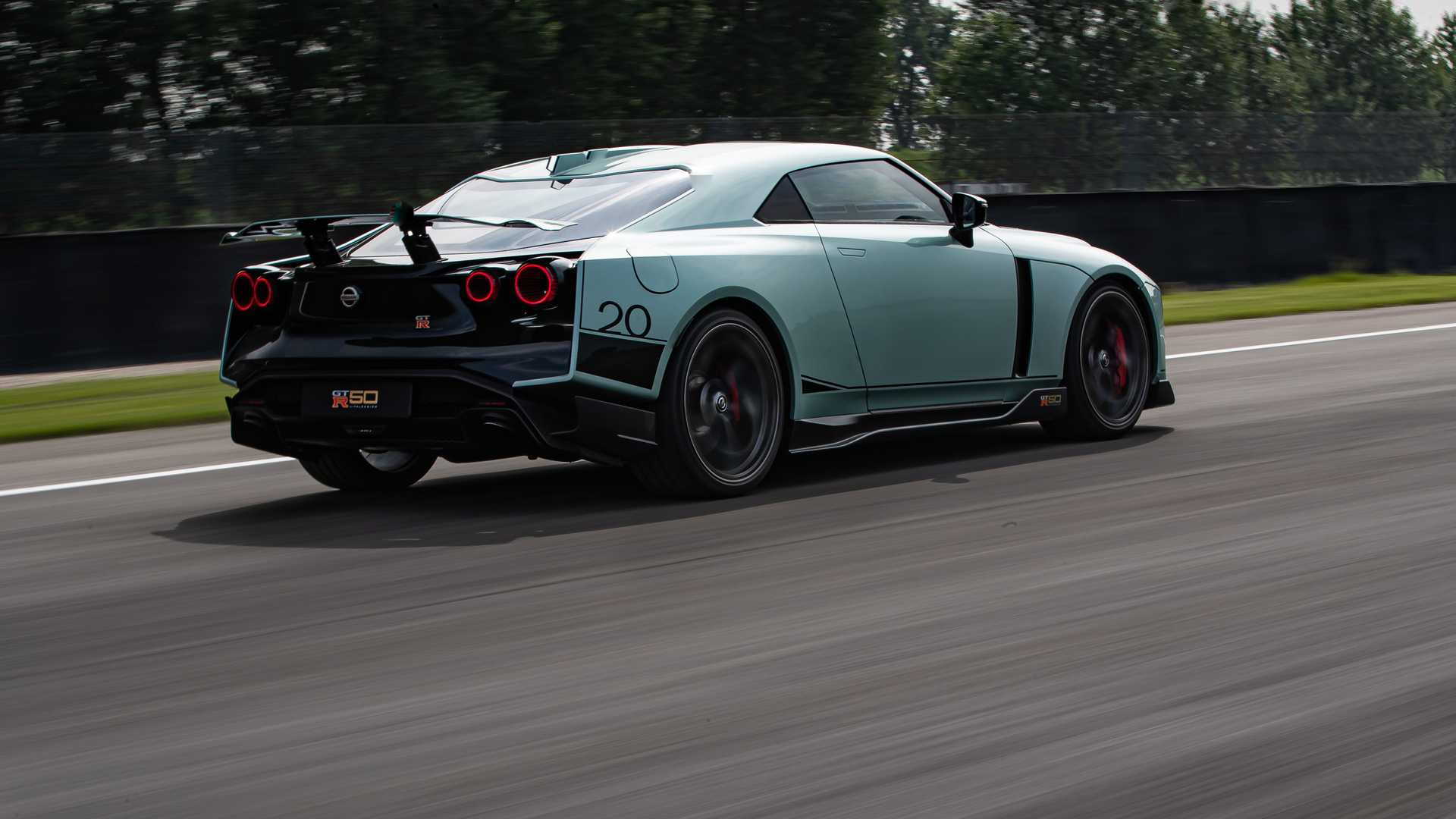 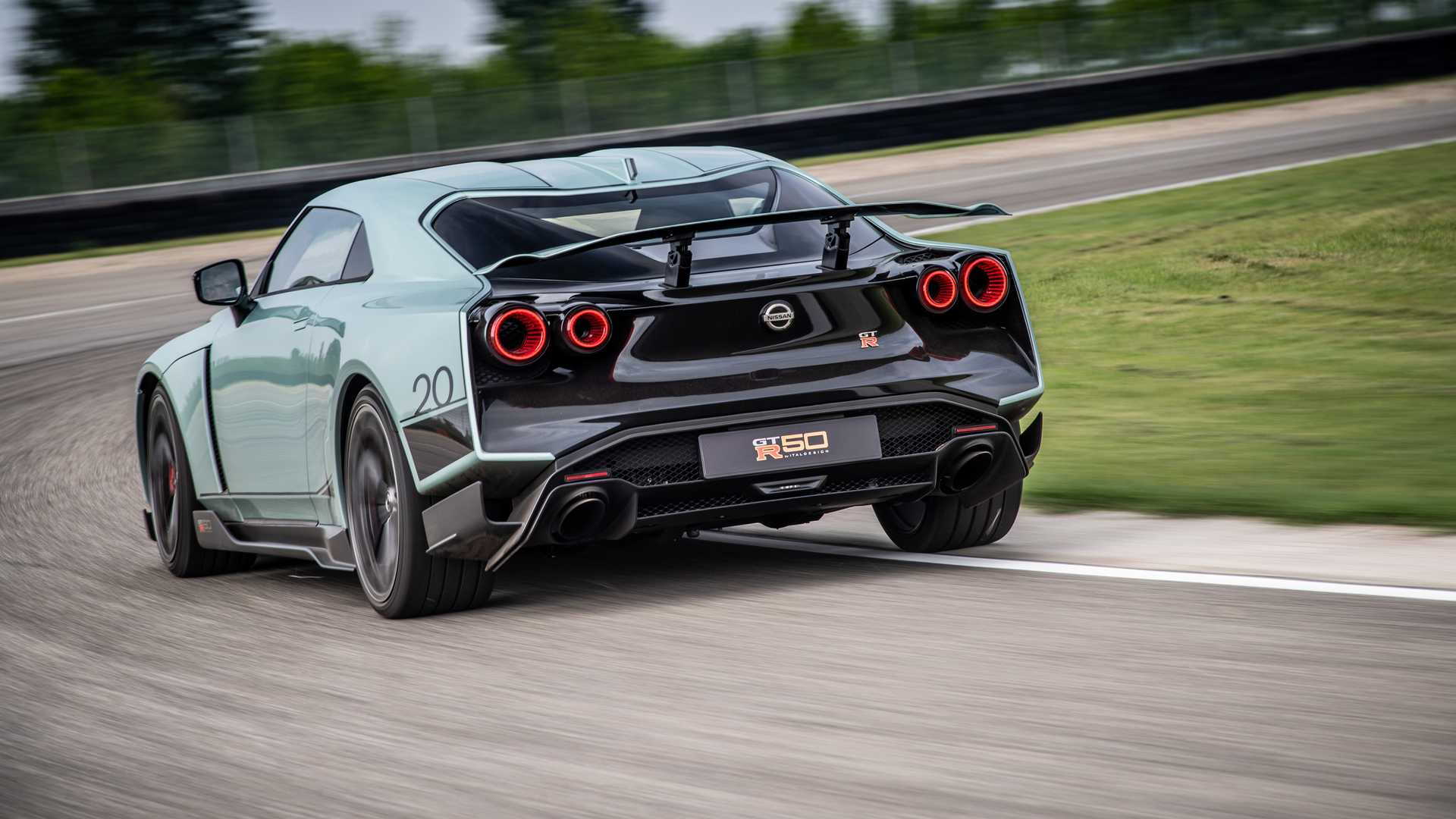 Nissan and Italdesign together unveiled a wild take on the GT-R to celebrate the nameplate's 50th anniversary. The car was the GT-R50 by Italdesign, a coach-built special packing 710 horsepower and styling that was pure sculpture.

Despite a price tag of $1.1 million, Nissan managed to secure enough buyers for production to go ahead and the first customer example was revealed on Wednesday ahead of the start of deliveries late this year or early next. The reveal took place at the Tazio Nuvolari Circuit in Italy, which Italdesign uses for all track testing.

Impressively, the production version is almost identical to the original prototype (shown below), although there are subtle differences, likely for regulatory reasons. The production car's lights are simpler, and the thin side mirror caps of the prototype have been replaced with conventional units.

You're probably thinking $1.1 million is a lot to pay for a Nissan, but this isn't just another GT-R with a turbo and body kit upgrade. Starting with a GT-R Nismo, Italdesign lowered the roof 2.1 inches and redesigned the rear window line so it flows farther toward the rear of the car. The hood received a power bulge, the headlights were stretched, and additional cooling apertures installed.

The reworked body is actually handmade by Italdesign craftsmen, which means building the 50 examples will be a laborious process. That's one of the reasons the car is so expensive. Another is the high level of personalization being offered to buyers.

For the original show car, the designers added gold accents in the cabin, plus Alcantara and leather trim and two types of carbon fiber on the center console, instrument panel, and door panels. Additionally, they replaced the standard instrument panel with a digital unit plucked from a race car, whereas the production version uses stock GT-R gear. Naturally, buyers can pick their own materials and colors.

“Our customers have relished the personalized experience provided by Italdesign, who have a long tradition in the exclusive field of ultra-rare, bespoke high-performance vehicles,” said Michael Carcamo, Nissan's head of sports cars and Nismo. “Their experience with the GT-R50 has been incredible and I can say first-hand that each car will certainly be a standalone masterpiece.”

In case this all appeals to you, and you happen to have lifestyle where dropping seven figures on a car is no issue, then you're luck as a few build slots are still available.