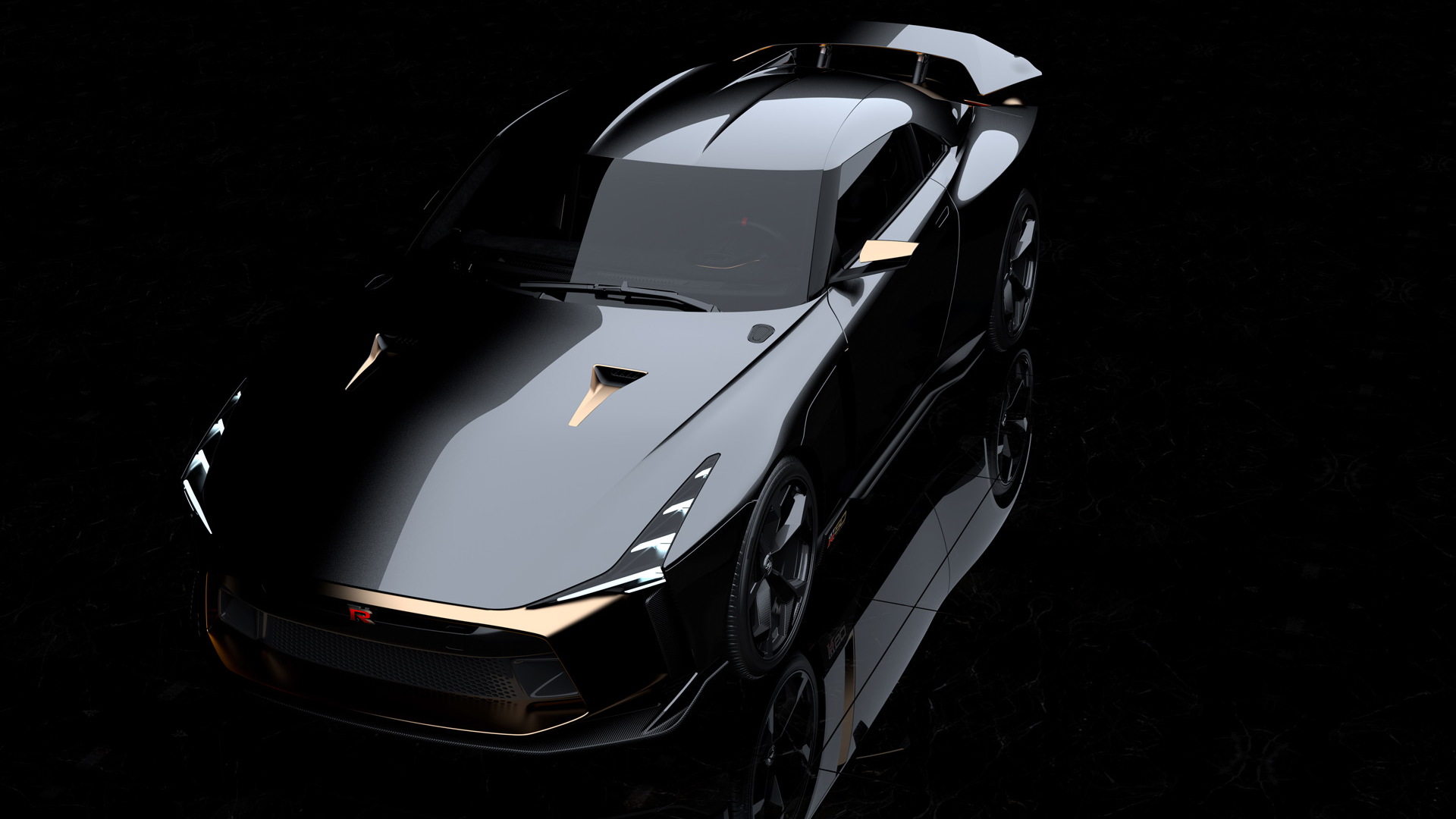 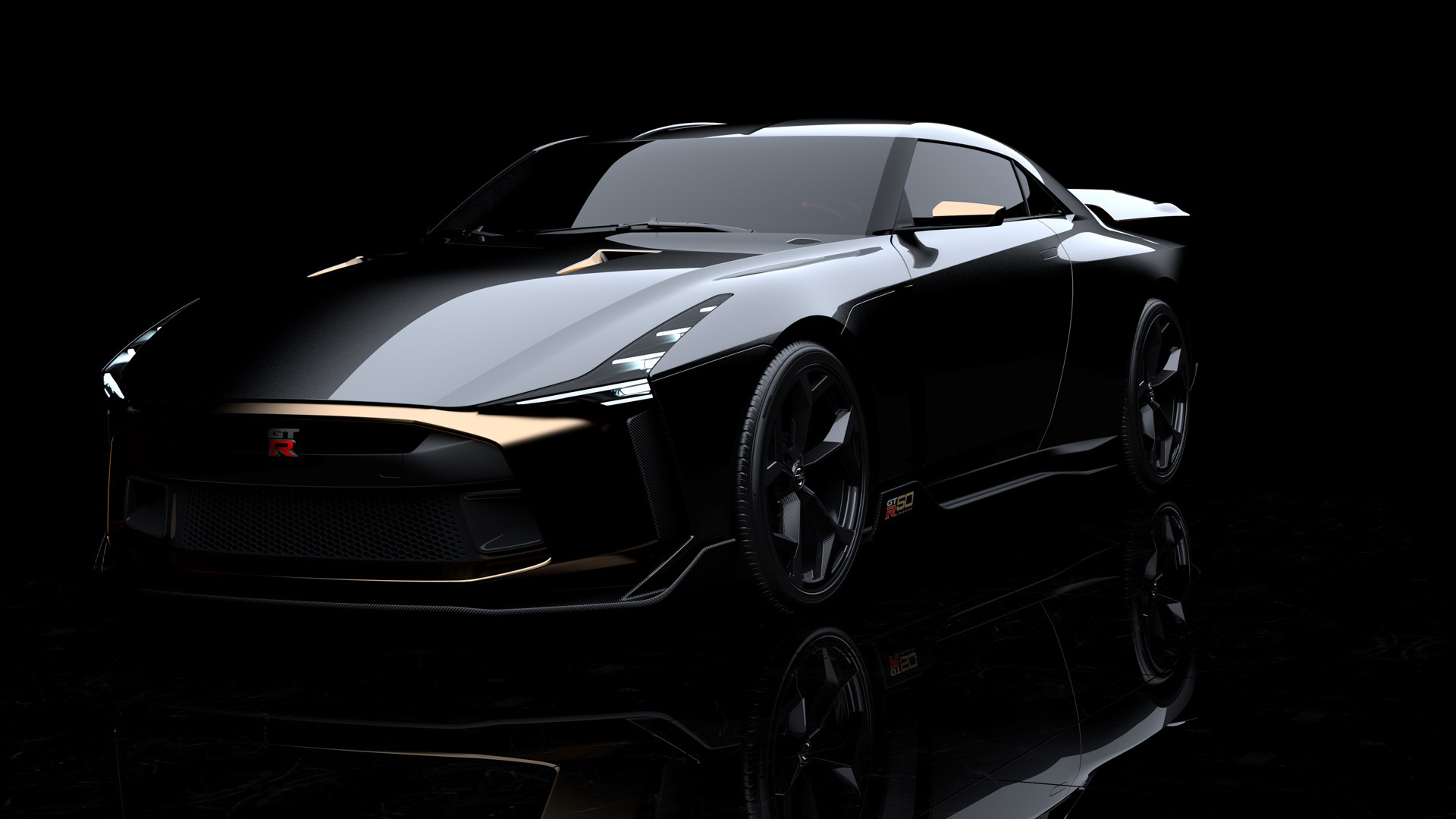 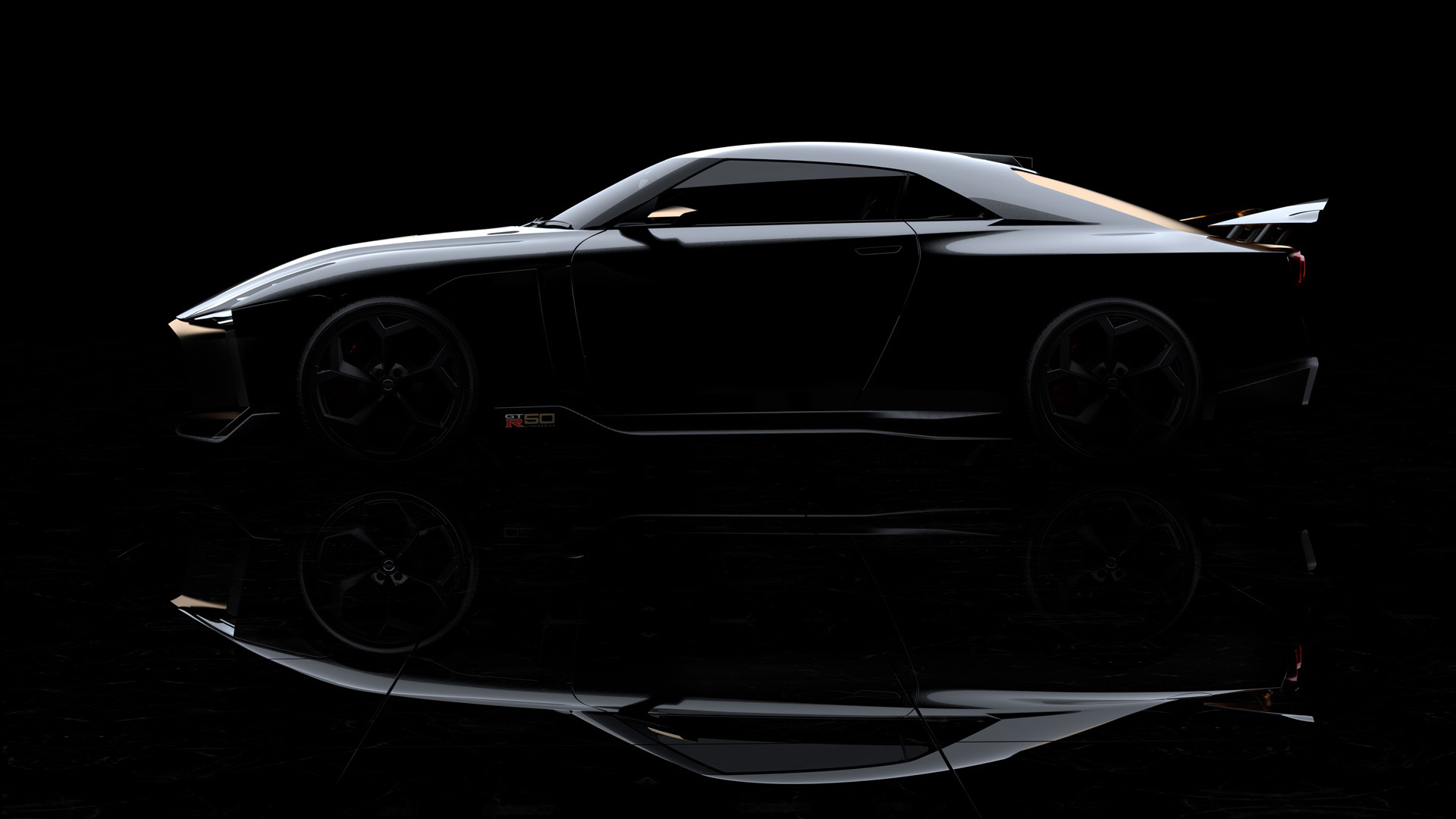 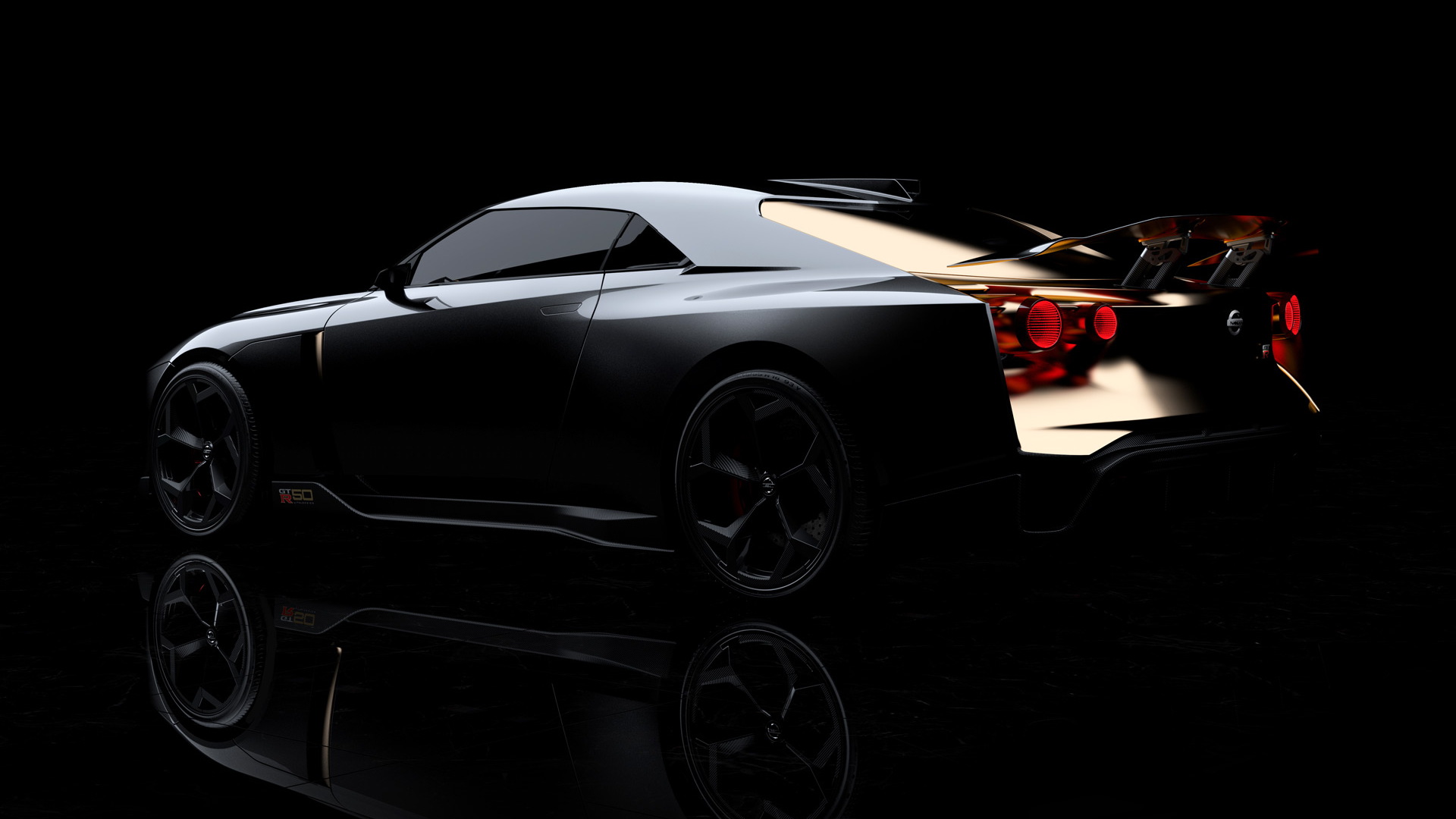 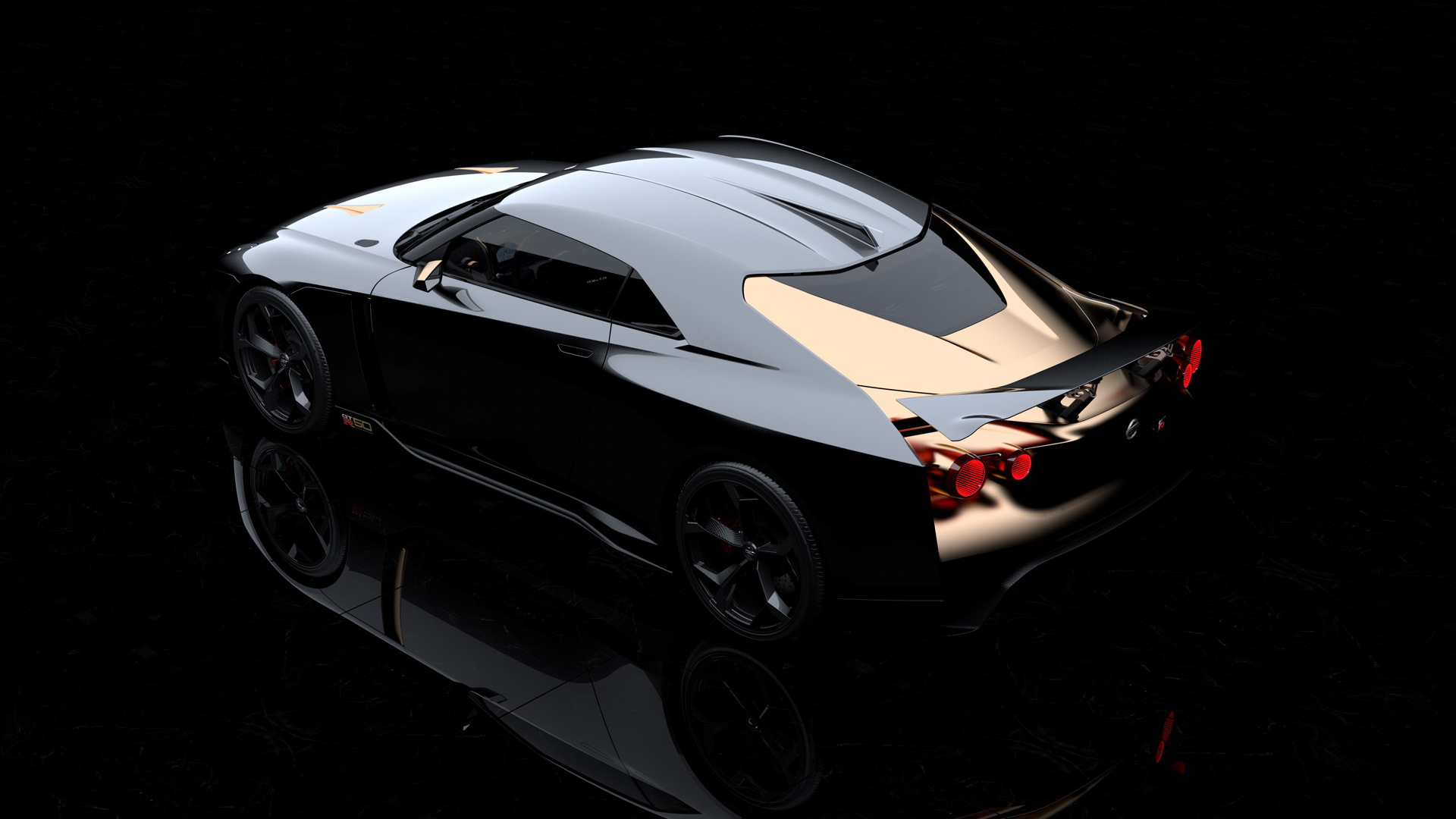 The GT-R and Italdesign both celebrate their 50th anniversary this year, so Nissan and the Italian design house decided to collaborate on a very special project. The result is the striking GT-R50 by Italdesign, a one-off build to celebrate all things GT-R as well as show off the talents of Italdesign's crew.

Right off the bat we'll tell you that the GT-R50 isn't the next-generation R36 GT-R. That point was stressed by Nissan design boss Alfonso Albaisa, who described the car as a GT-R without limits.

“Although this is not the next-generation GT-R, it is an exciting celebration of two anniversaries in a provocative and creative way—wrapping one of Nissan’s best engineering platforms and Japanese design with Italian coachbuilding,” he said in a statement.

We wouldn't rule out some design elements making it onto a future GT-R, however. If you compare it with Nissan's Concept 2020 Vision Gran Turismo from 2014 (shown above), you'll notice similarities such as the wedge-shaped headlights, floating taillights and curved rear wing.

We were told it was actually Nissan design teams that came up with the lines for the exterior and cabin, with Italdesign then tasked with making those lines a reality.

Starting at the front, the GT-R50 features a distinct golden inner element that stretches across almost the full width of the vehicle. The hood has a more pronounced power bulge, and the thin LED headlights stretch from the wheel arch to the lip above the outer cooling intakes.

To give the car a sleeker look, the roof was lowered by about two inches, and moving to the rear the designers added an expanse of gold trim to emphasize the muscular flares around the wheels. In a dramatic fashion, the rear window line descends longer and deeper than on the standard car. A unique set of wheels, measuring 21 inches across and wearing Michelin Pilot Super Sport tires, further accentuate the car's bold stance.

Inside, two different carbon fiber finishes were used across the center console, instrument panel and door linings, along with a combination of Alcantara and leather. Gold accents echo the exterior treatment across the instrument panel, doors and new switchgear. The final touch was a race car-style digital instrument cluster to replace the standard unit of the GT-R.

As our heading reveals, performance of the car was boosted substantially. The familiar 3.8-liter twin-turbocharged V-6 now pumps out 710 horsepower and 575 pound-feet of torque, up on the 600 hp and 481 lb-ft of the GT-R Nismo.

Nissan said the GT-R50 will make a formal debut in July at an event in Europe.