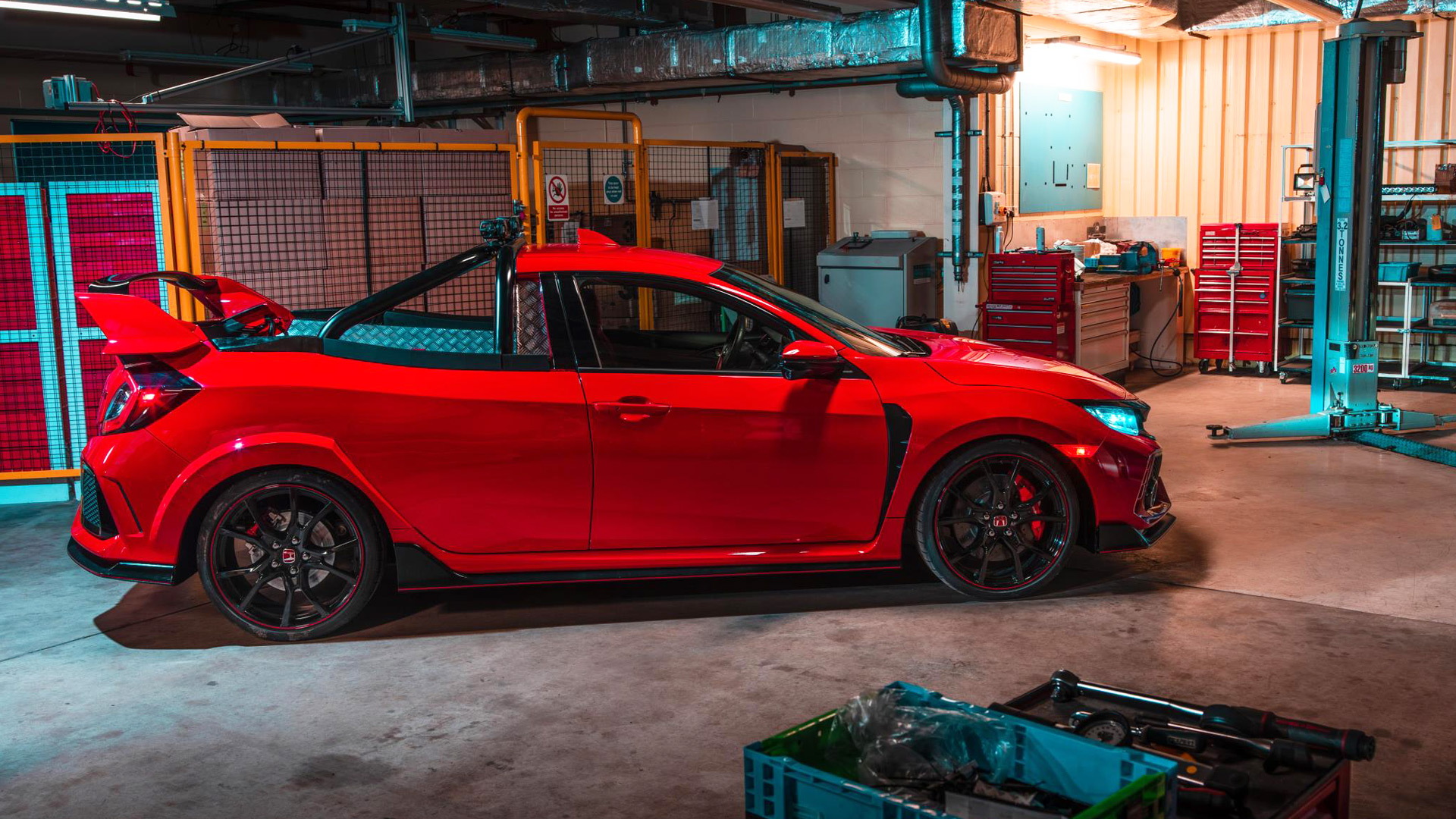 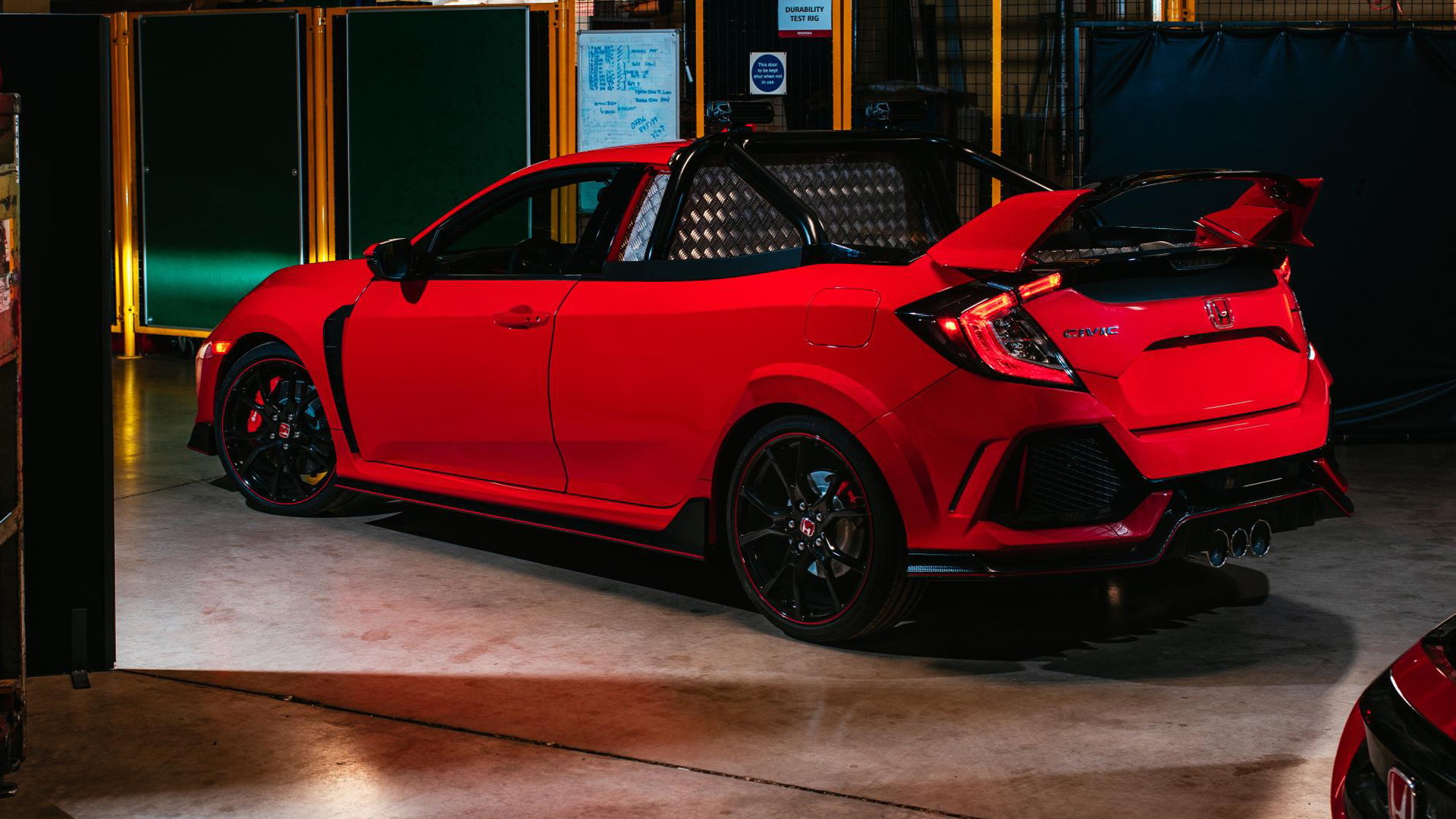 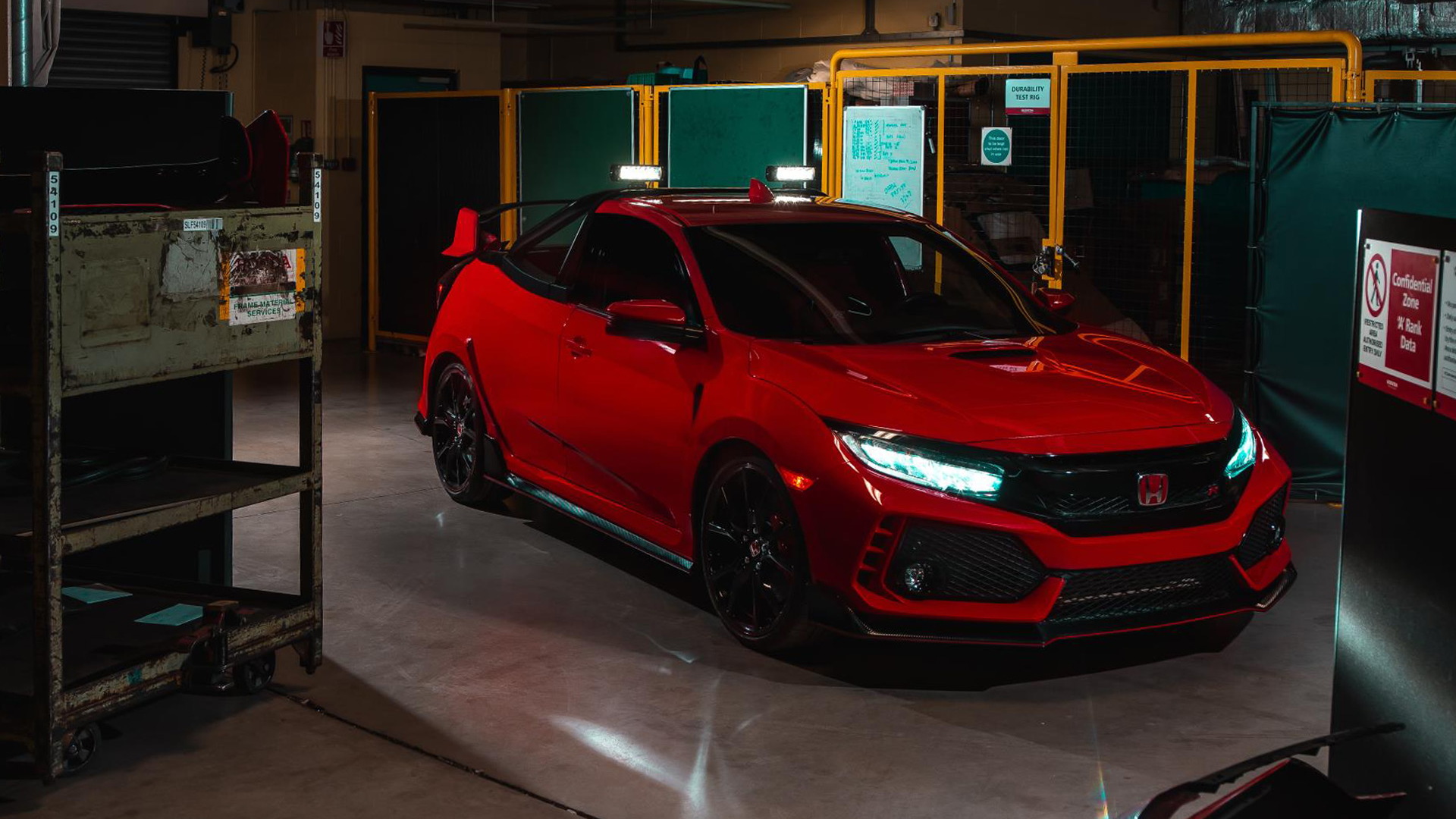 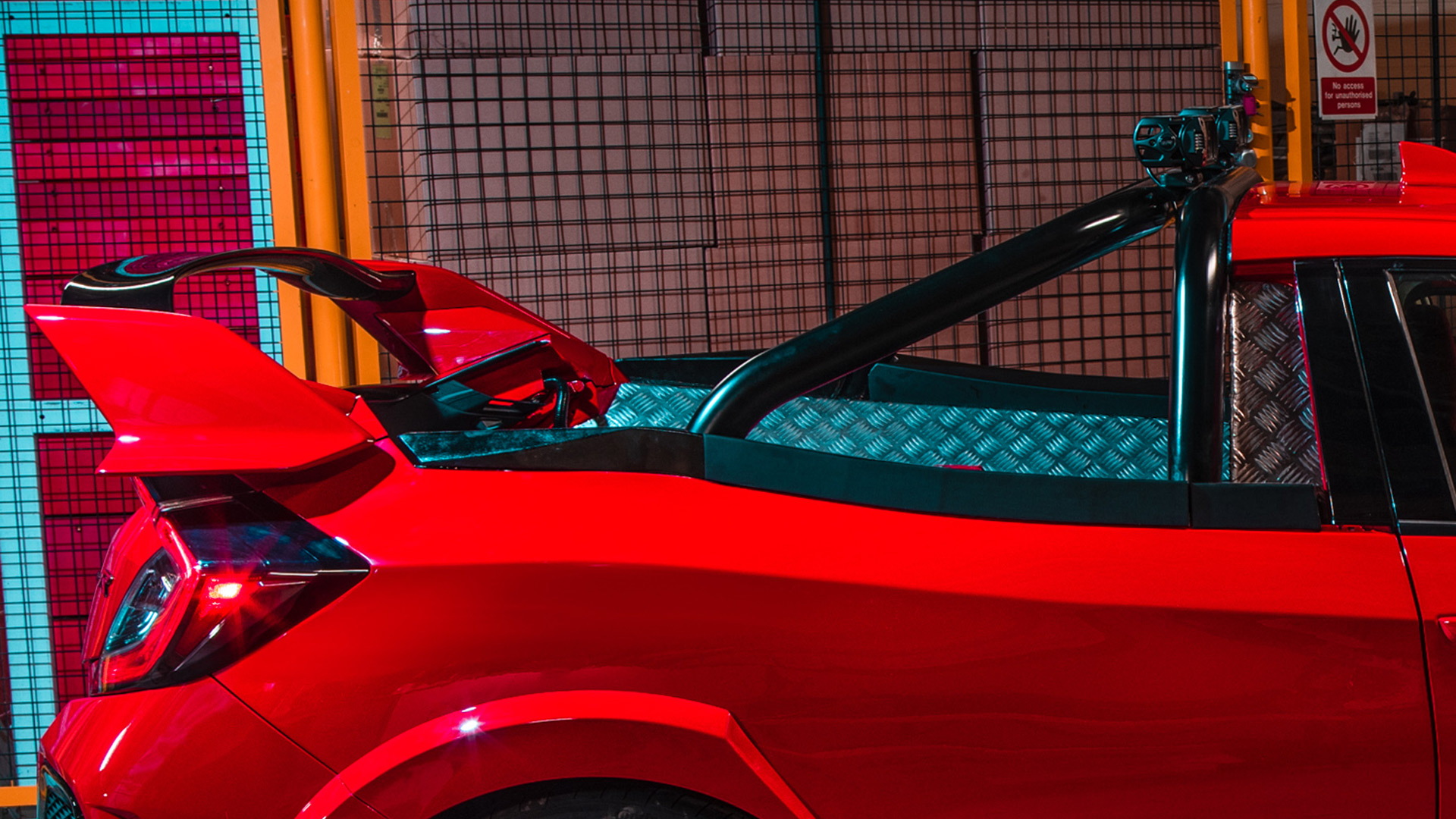 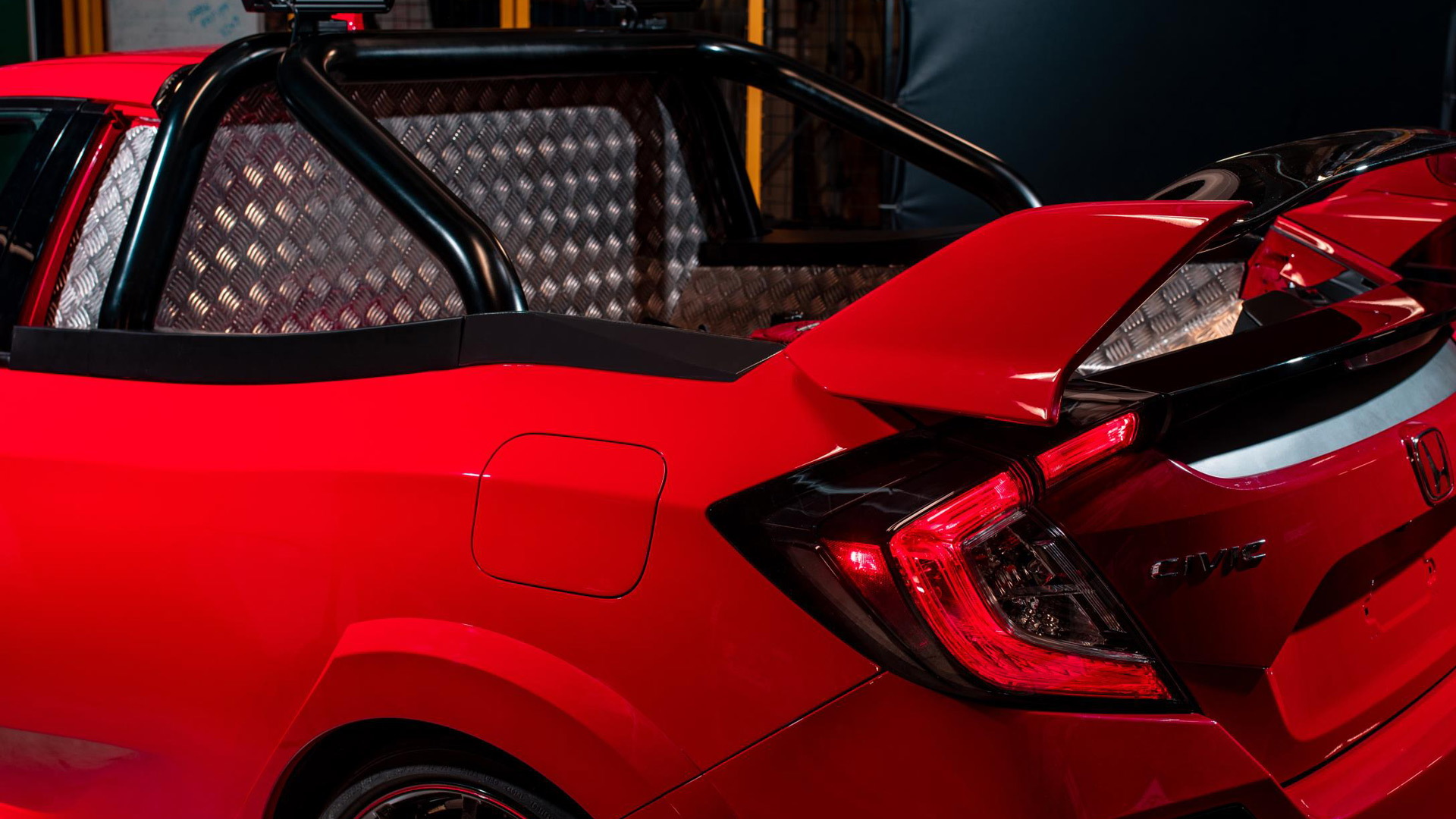 Car-based pickups are nothing new. The Aussies have been building them for decades, although sadly that's no longer the case.

Recently, a team of Honda engineers in the United Kingdom decided to give the concept a go using a Civic Type R, the Motor Authority Best Car To Buy winner for 2018.

The result is this one-off Civic Type R Pickup Truck concept which was presented on Thursday during the SMMT Test Day driving event over in the UK.

The pickup isn't like your standard truck. Instead of a tailgate that lowers, the Civic Type R Pickup Truck, code-named Project P, retains part of the regular Civic Type R's rear hatch, thus the tailgate raises when opened. This means you won't be able to load tall objects from the rear.

To create the Project P, the team adapted the design rearwards from the B-pillars, with chunky sport bars from the roofline to the back hiding a flatbed loading area in the center of the car where the rear seats and trunk space would normally be. The good news is that the team used a pre-production Civic Type R, which was likely on its way to the crusher anyway.

Given the pace of the regular Civic Type R, the Project P could be one of the fastest pickup trucks on the road right now. Using the same 306-horsepower powertrain, transmission and suspension as its hatchback cousin, it is estimated the Project P will complete the 0-62 mph sprint in under 6.0 seconds and reach a top speed of over 165 mph. Honda says it's even considering taking the pickup to the Nürburgring where the regular Civic Type R holds the record for front-wheel-drive cars with a time of 7:43.8. The pickup record at the German track is the 8:19.47 set by a Holden Commodore SS V Ute in 2013.