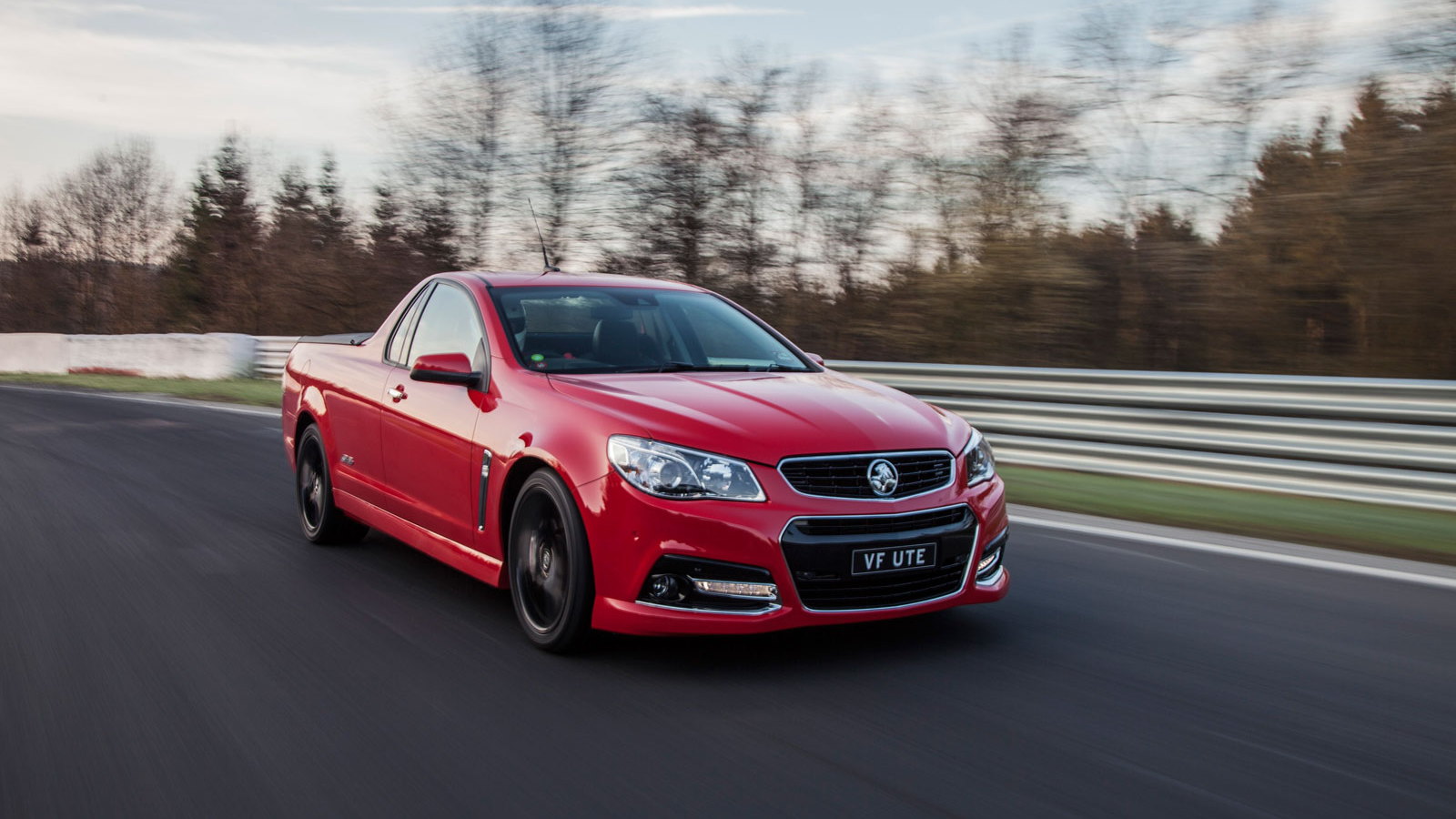 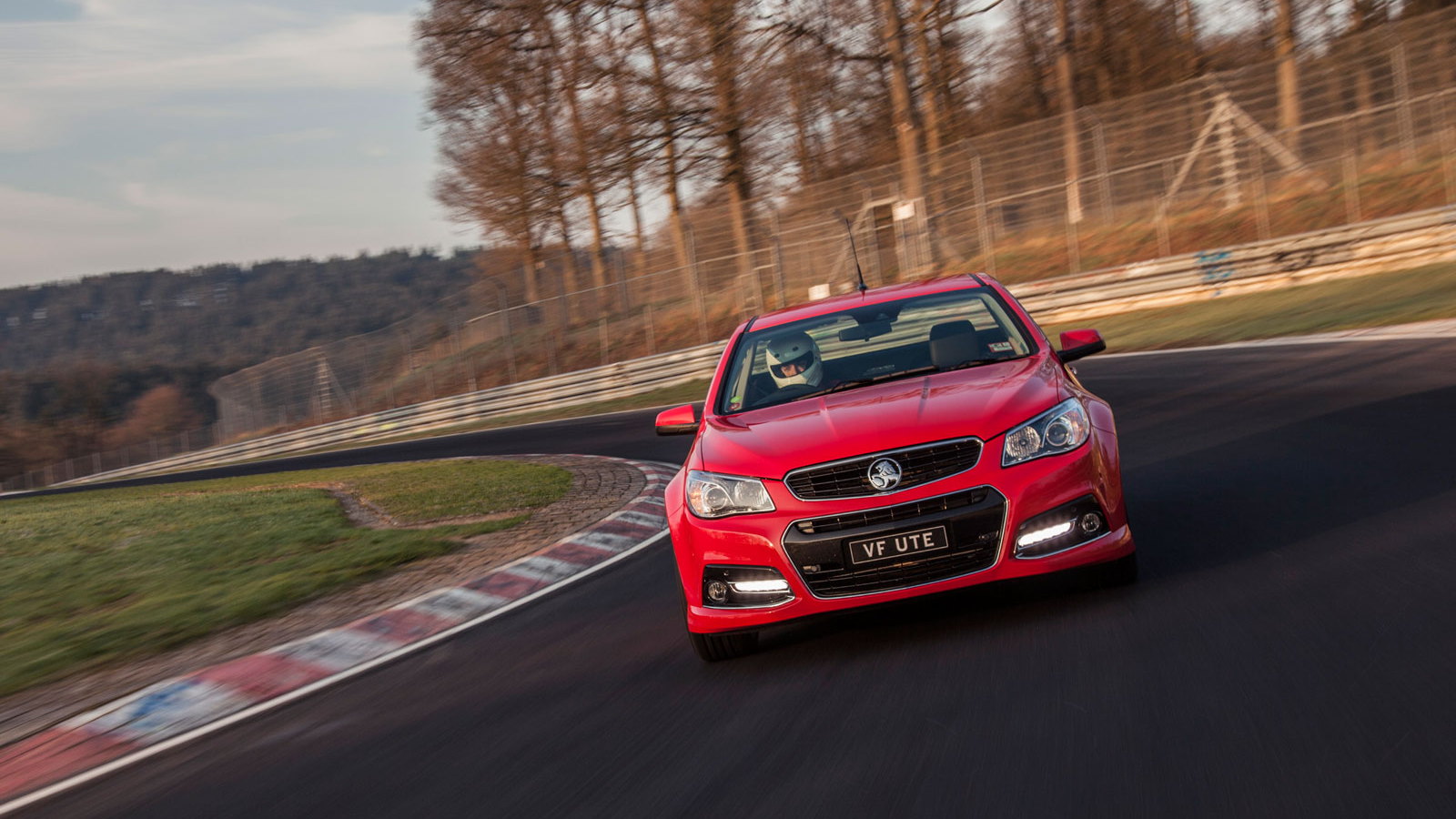 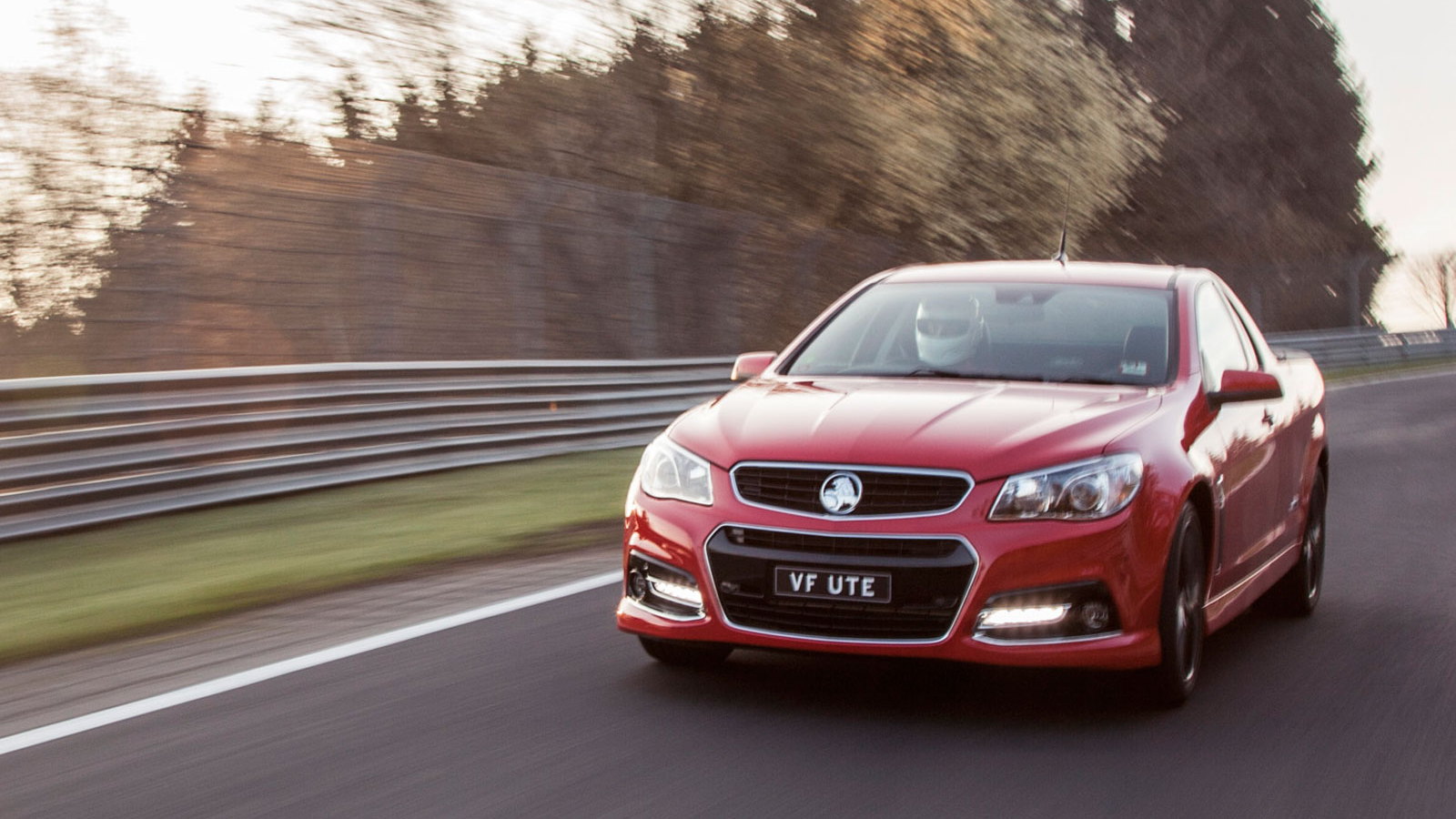 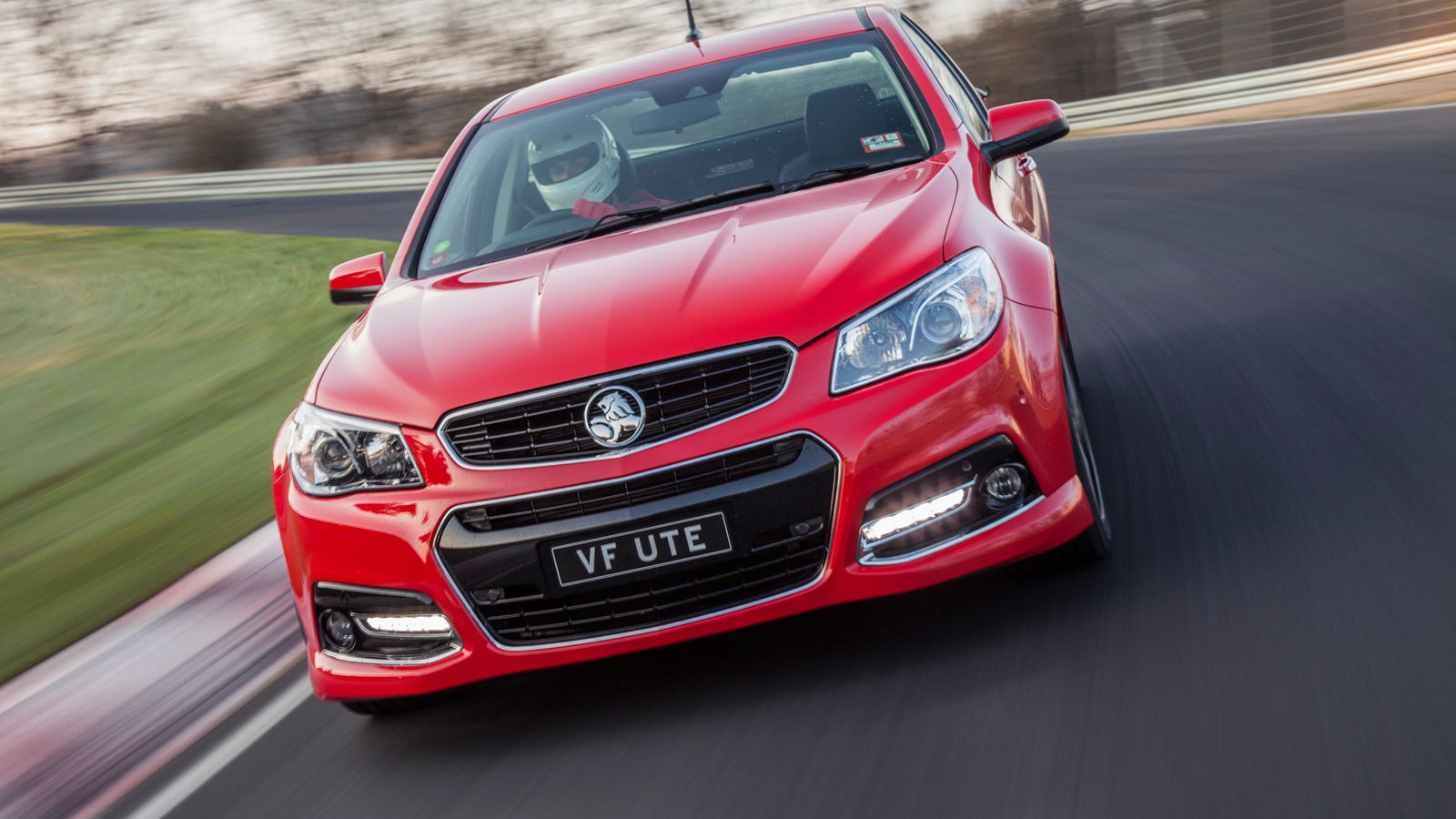 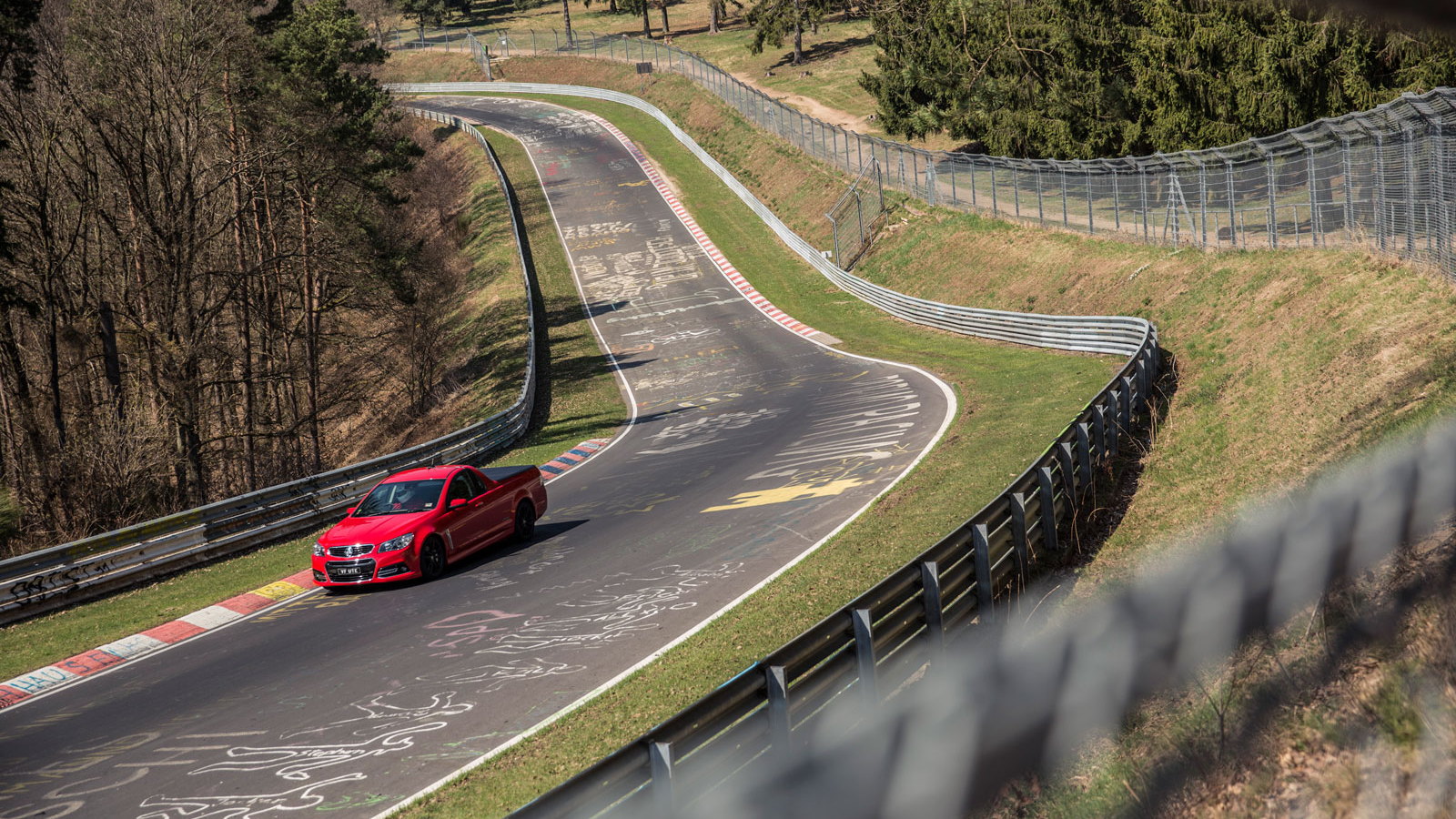 A version of the latest VF-Series Holden Commodore, the high-performance SS V Ute, was recently taken to the Nürburgring in Germany for some final tuning and one very important test. That test was to see how fast the car could lap the famous German track’s full Nordschleife, which Holden today confirmed was achieved in a time of 8:19.47.

The time isn’t a scorcher in terms of performance cars, but it is a new record for commercial and utility vehicles. In addition, the lap time is comparable with those of potent machines like the Camaro SS and Lexus IS F.

The previous record for a commercial vehicle at the ‘Ring stood at 9:57, as set by German tuner Revo driving a Volkswagen Transporter van. Of course, the Holden had a lot more going for it under the hood.

Power in the 2013 Commodore SS V Ute comes from a 6.0-liter V-8, rated at 348 horsepower and 381 pound-feet of torque. Though a six-speed manual is offered on the car, the test was done using a six-speed automatic.

Behind the wheel was Holden engineer Rob Trubiani, who helped evaluate many of the Commodore’s suspension, brake and tire settings at the ‘Ring. Importantly, those developments have aided the performance of the sedan version of the car, which arrives in showrooms later this year as the 2014 Chevrolet SS. Note, the SS, priced at just under $45k, will offer a more substantial 415 horsepower, suggesting it may turn in even faster lap times.

Watch the preparation of the Holden engineering squad in the videos below.