Fans of the original "Top Gear" cast may vaguely recall an incident from a promotion for their new Amazon show in which Jeremy Clarkson dropped on a piano from a crane onto a small black sedan.

You likely forgot the sedan, but remembered the piano. And the results.

The hapless British car was actually a 1980 Morris Marina, and through an unusual chain of circumstances, it's now for sale midway through a restoration.

The hard parts have been done: The entire roof, or what was left of it, was sliced off and replaced with the roof from another Marina, one that had not had a piano dropped on it.

The car is now up for auction on eBay UK, ending this Sunday at roughly 3:30 pm Eastern time. 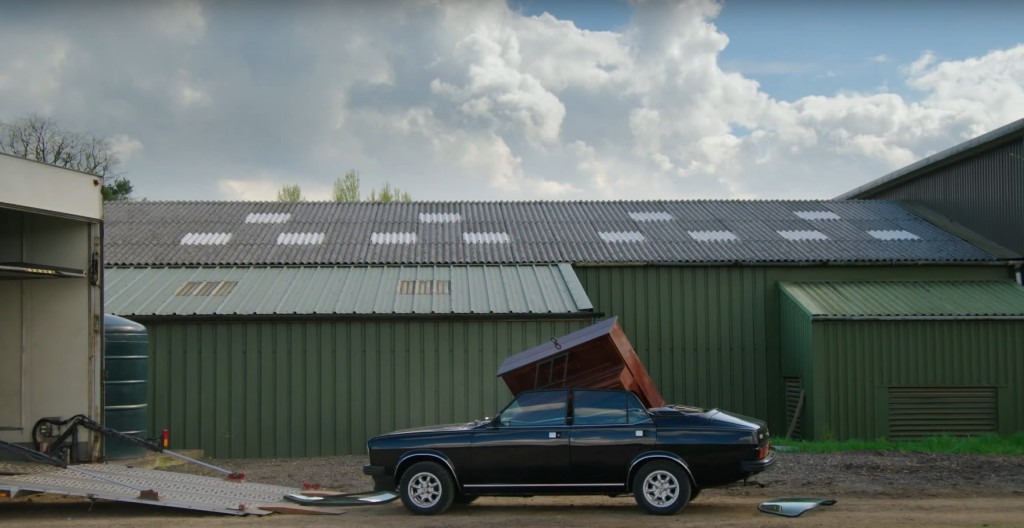 Seller Kate-Lidesign of Birmingham bought the car intending to take it to auto shows with the piano on it.

But it was otherwise in such good condition that a restoration was called for, complete with the replacement of the entire roof on a body jig to ensure it all stayed straight.

The body was prepped and painted in the original black, but has been lately been sitting idle due to the owner's ill health. The windshield and rear window remain to be installed, along with lights, bumpers, and the complete interior.

This 1980 Marina 1700HL was the only one ordered in black that year. Before the piano incident, it had been extensively rebuilt and restored in 2008, and was well-known among Marina fans.

Then Amazon bought it to promote the "Clarkson, Hammond and May Live" exhibition in 2015 ... and the video above shows what happened. 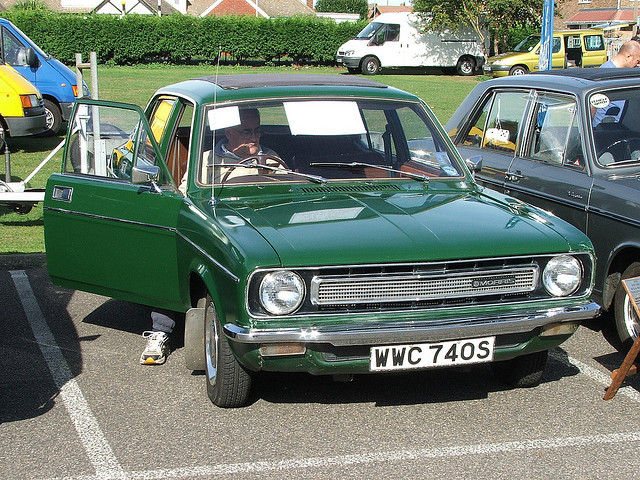 From 1973 to 1975, the Marina was briefly sold in the U.S. as an Austin, earning fame as the subject of a dumping case by the U.S. government against British Leyland and infamy for its disastrous build quality and evident unreliability.

Now, if you want to own a unique piece of Clarkson and May history, this Marina remains one of a kind.

Still, out of respect for the rarity of restored Marinas in the U.K. or anywhere else, we'd suggest you agree to refrain from dropping another piano onto it.