“Top Gear” is no stranger to cars catching fire. There's been a number of incidents in the decades the series has been on television, and now the latest crew to do the hosting have a story of their own to tell.

In this case it was the new A110 sports car from revived French brand Alpine that caught fire, with Chris Harris behind the wheel and Eddie Jordan in the passenger seat.

They were driving in front of the cameras for a stunt coinciding with last month's Monte Carlo Rally when informed that flames were coming from the underside of the car. Harris immediately pulled over and upon opening the door was greeted with flames.

“I first realised I needed to get out when I opened the door and the flames went up my arm,” he said in an interview published by Top Gear magazine on Saturday. 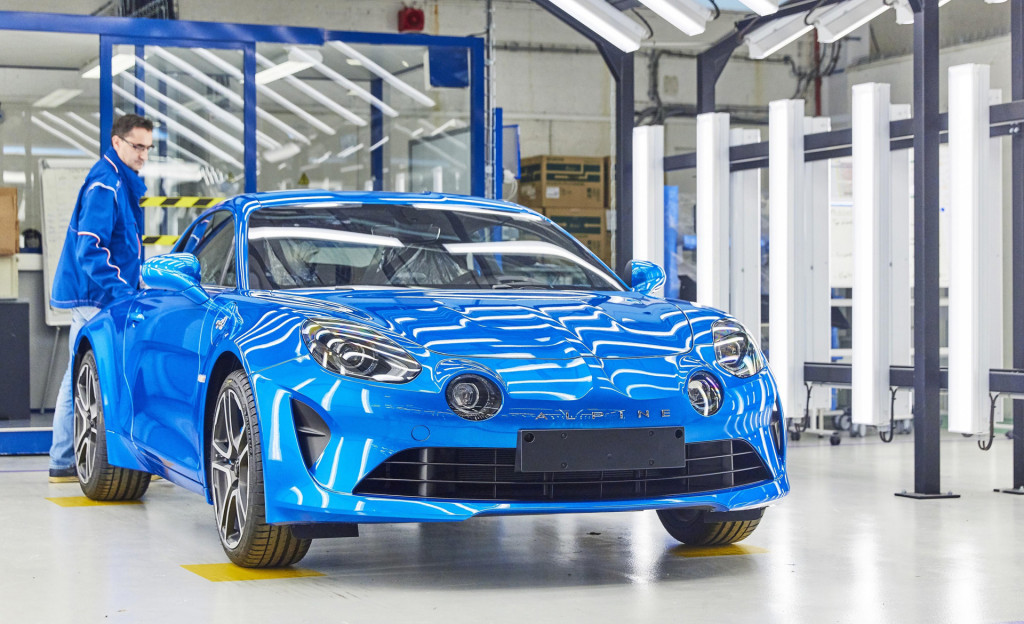 Alpine A110 production in Dieppe, France

Fortunately he and Jordan were able to escape unharmed. The same can't be said for the A110 which was left as nothing but a burnt-out crisp. Harris felt quite saddened afterwards by what he described as a “beautiful car” getting “destroyed.”

The cause of the fire is still being investigated.

We should point out that the A110 that caught fire was a pre-production unit, though it's still a tragic start for a brand that's making a comeback after decades of hibernation. The A110 is the first new Alpine sports car since the 1990s. Production of customer cars commenced at the brand's historic Dieppe plant in December 2017, and sadly none will end up in the United States as the brand isn't represented here.