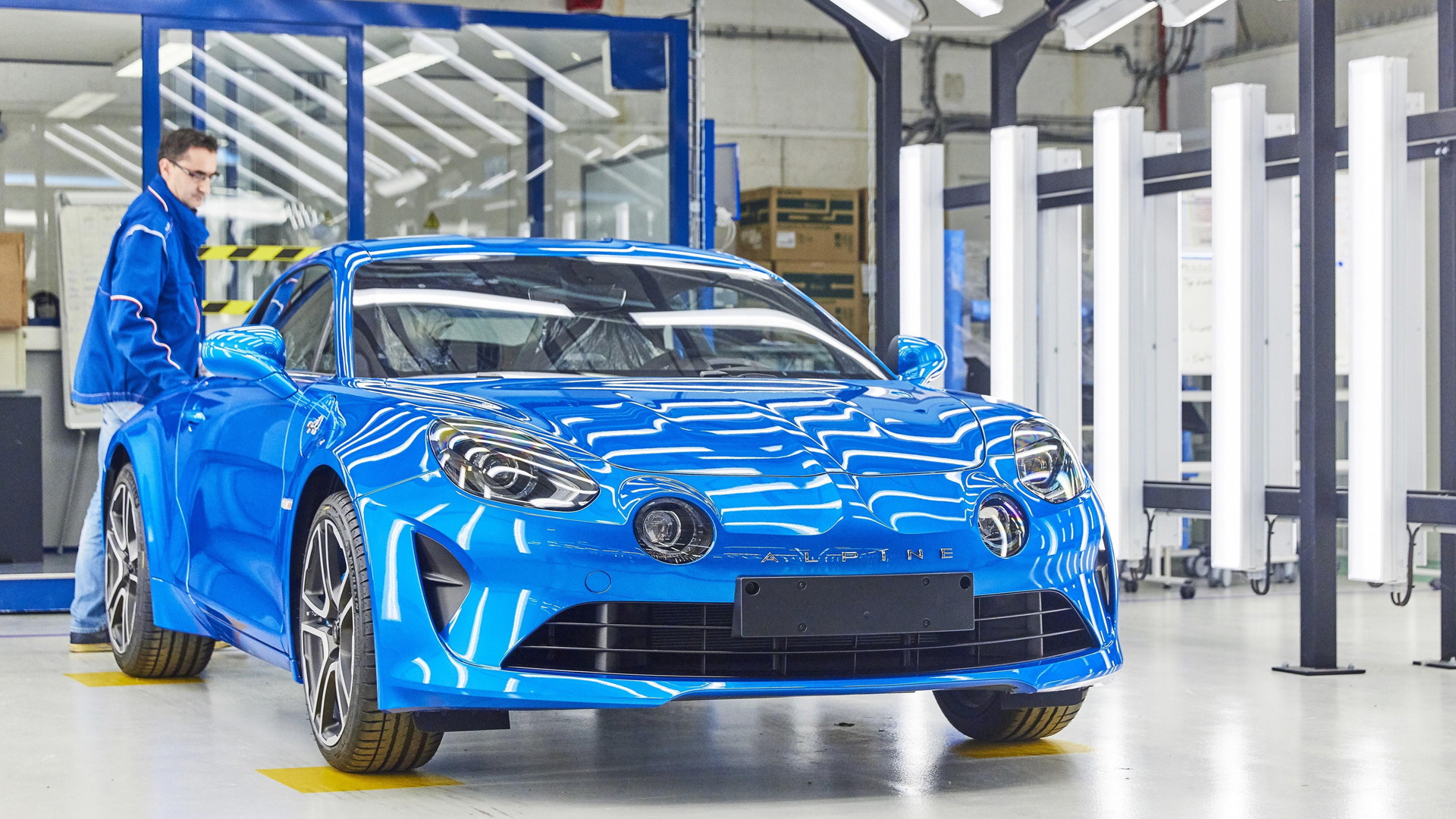 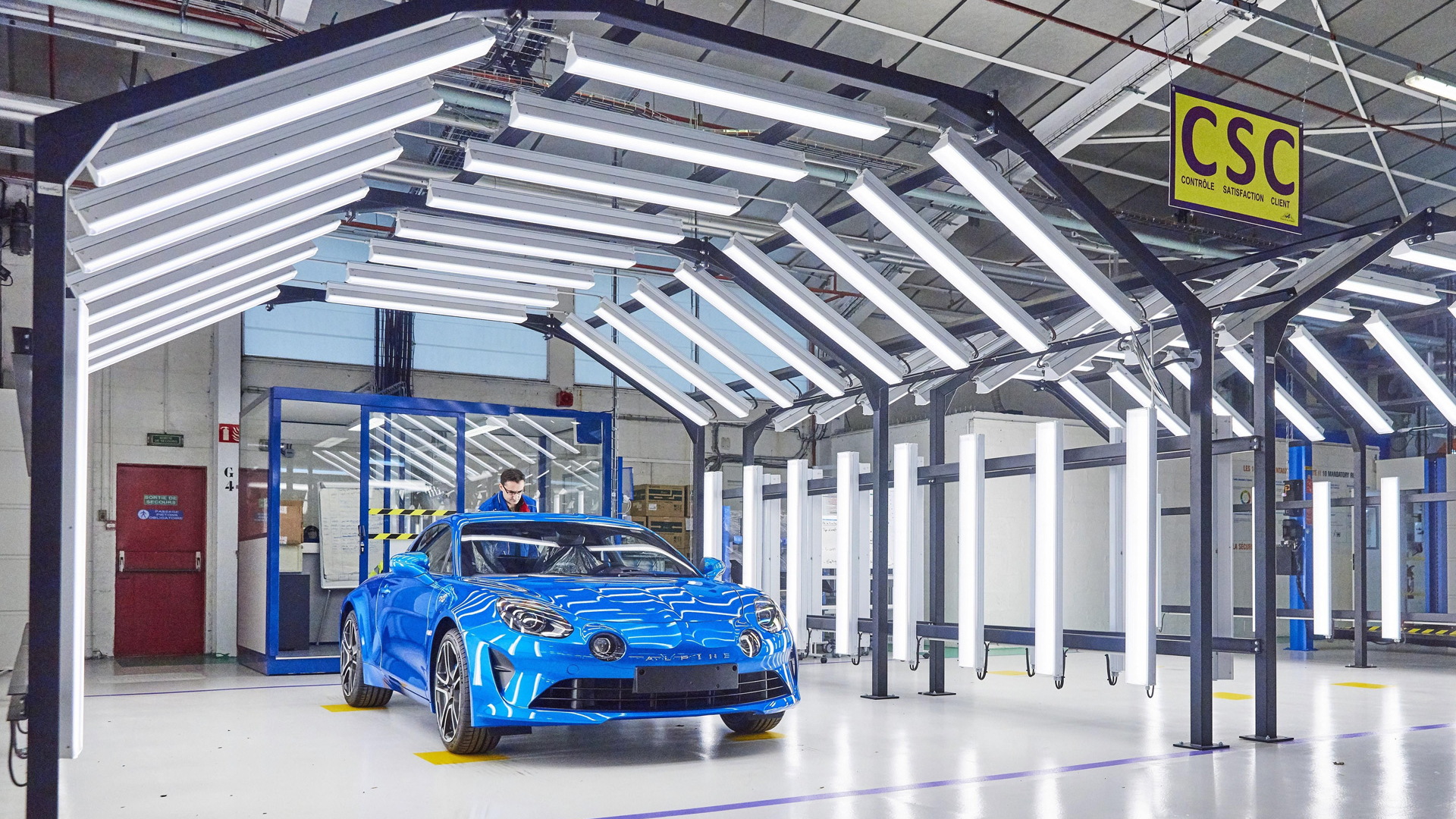 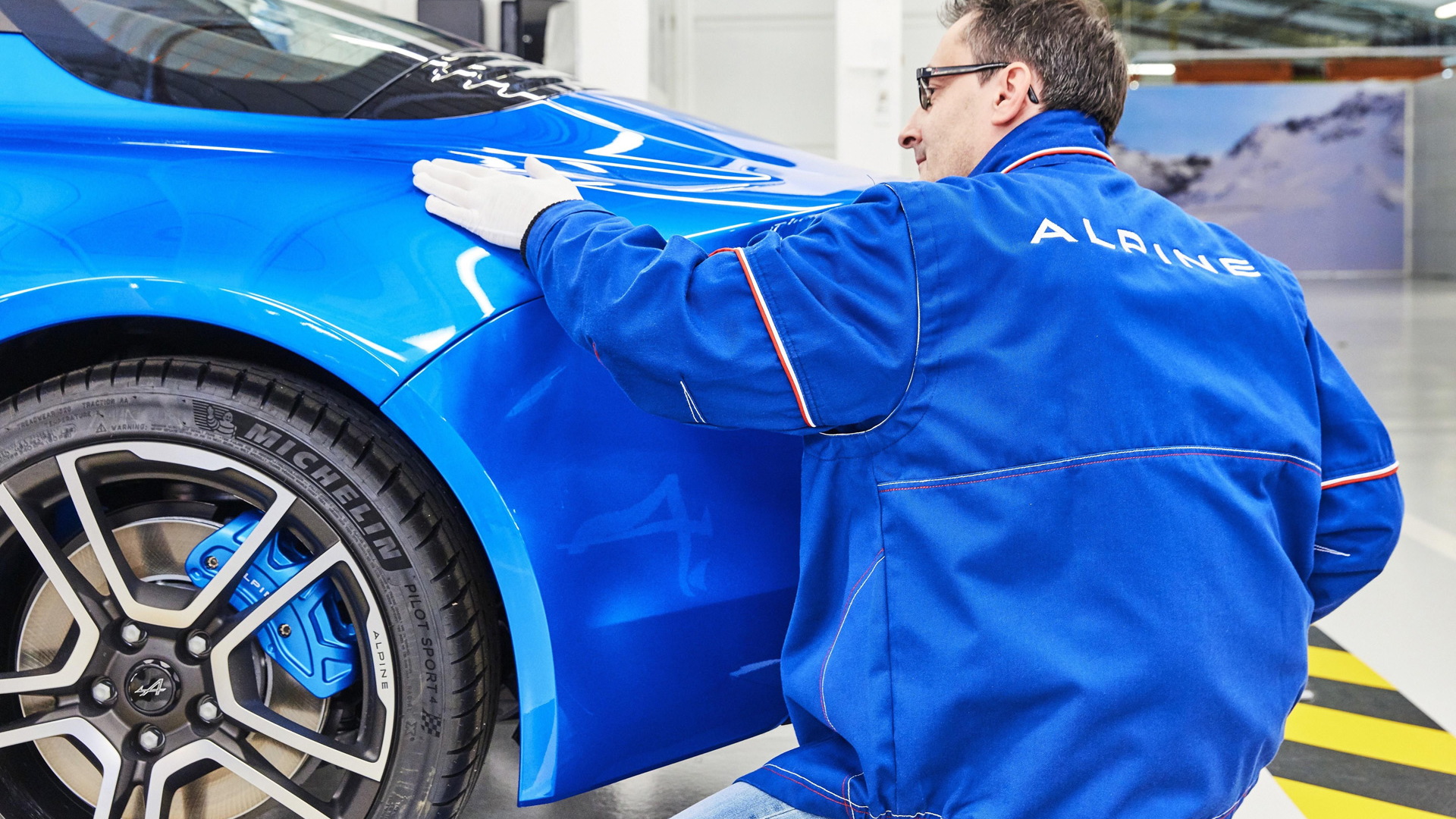 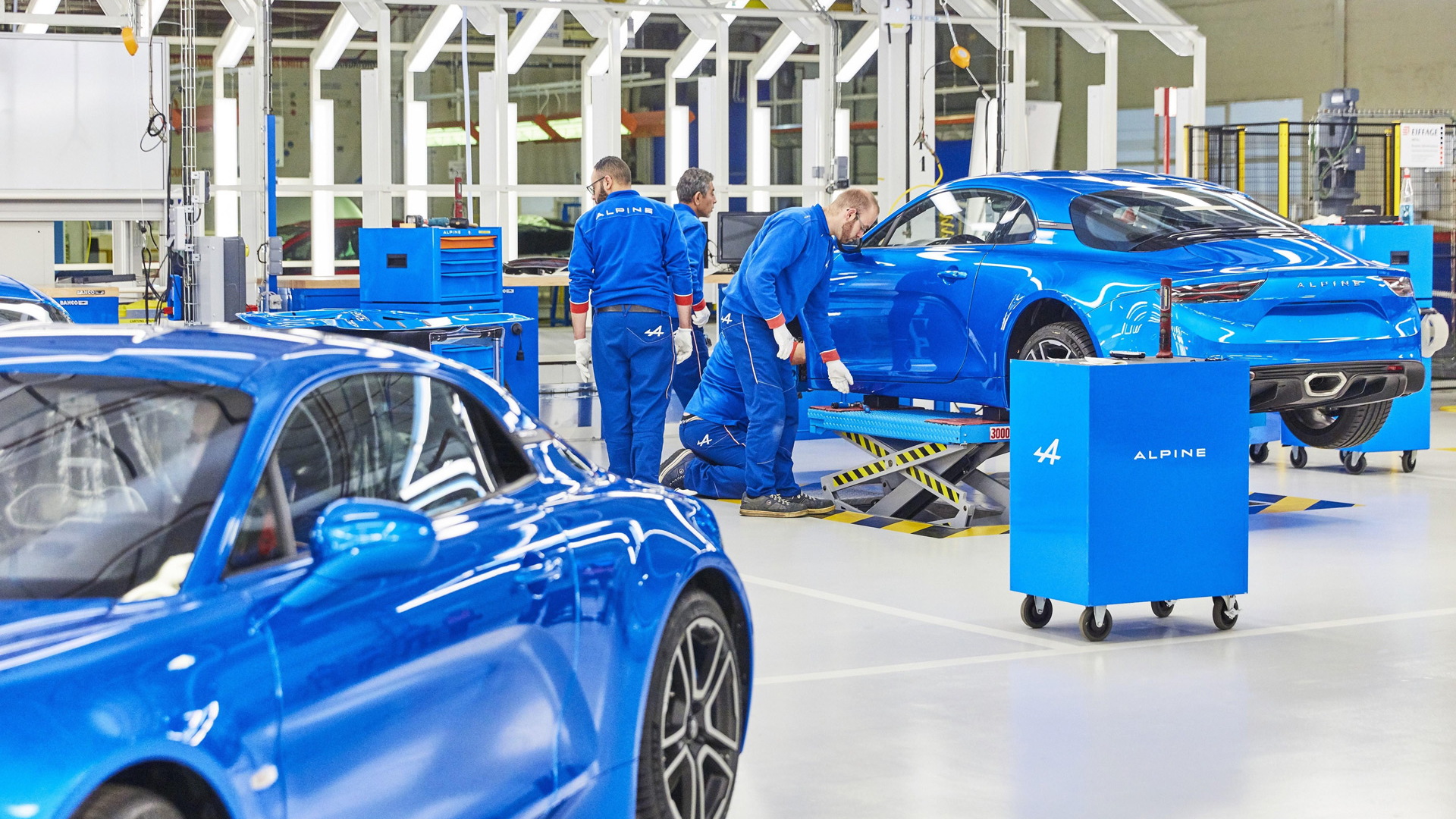 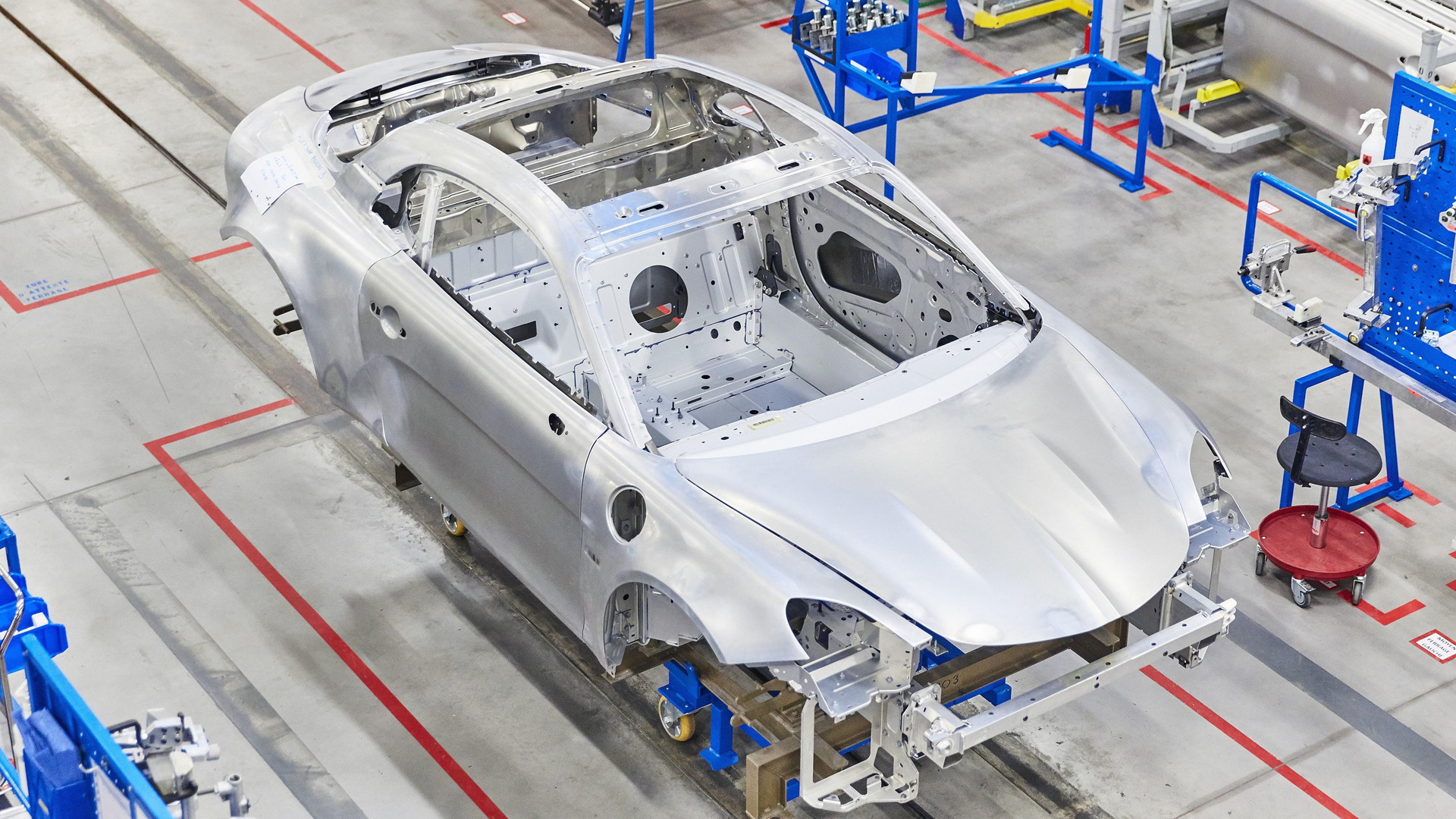 It’s been a long time coming, but Alpine’s A110 is finally in production.

Some readers will recall Alpine’s parent company, Renault, first announced plans for the car in 2012. It was originally to be developed alongside a similar model from Caterham, but the British firm pulled out of the deal two years later.

Thankfully Renault forged ahead with its own plans because the Alpine A110 represents an interesting French twist on the lightweight, mid-engine sports car formula. Sadly, though, buyers in the United States are missing out as Renault has no plans at present to introduce the Alpine brand here.

Production of the first customer examples of the A110 commenced on Thursday at Renault's Dieppe plant in the north of France. The plant is the historic home of Alpine, though more recently it was used for production of Renault Sport models. Renault spent the last two years upgrading the plant to support production of the A110’s aluminum body and chassis. The plant has the capacity to build the cars at a rate of 6,000 units per year.

The standard powertrain is a 1.8-liter turbocharged inline-4 delivering 252 horsepower and 236 pound-feet of torque to the rear wheels by way of a 7-speed dual-clutch transmission. At just 2,380 pounds, the A110 weighs 85 pounds less than the 4C and a whopping 564 pounds less than the lightest 718 Cayman.

Though it’s yet to be confirmed, we may see more potent versions of the car developed: one a sport model with 300 hp on tap and the other a hardcore version designed for the race track.

“The revival of Alpine production in Dieppe, where the original Berlinette was made almost 50 years ago, presented us with a challenge, but we rose to it together, with backing from the state, the region, the local urban district, Groupe Renault and the Alliance,” Renault Nissan Mitsubishi Alliance boss Carlos Ghosn said in a  statement. “The excellence and French-style elegance that the brand stands for are more than just claims; today, in Dieppe they are an industrial reality.”