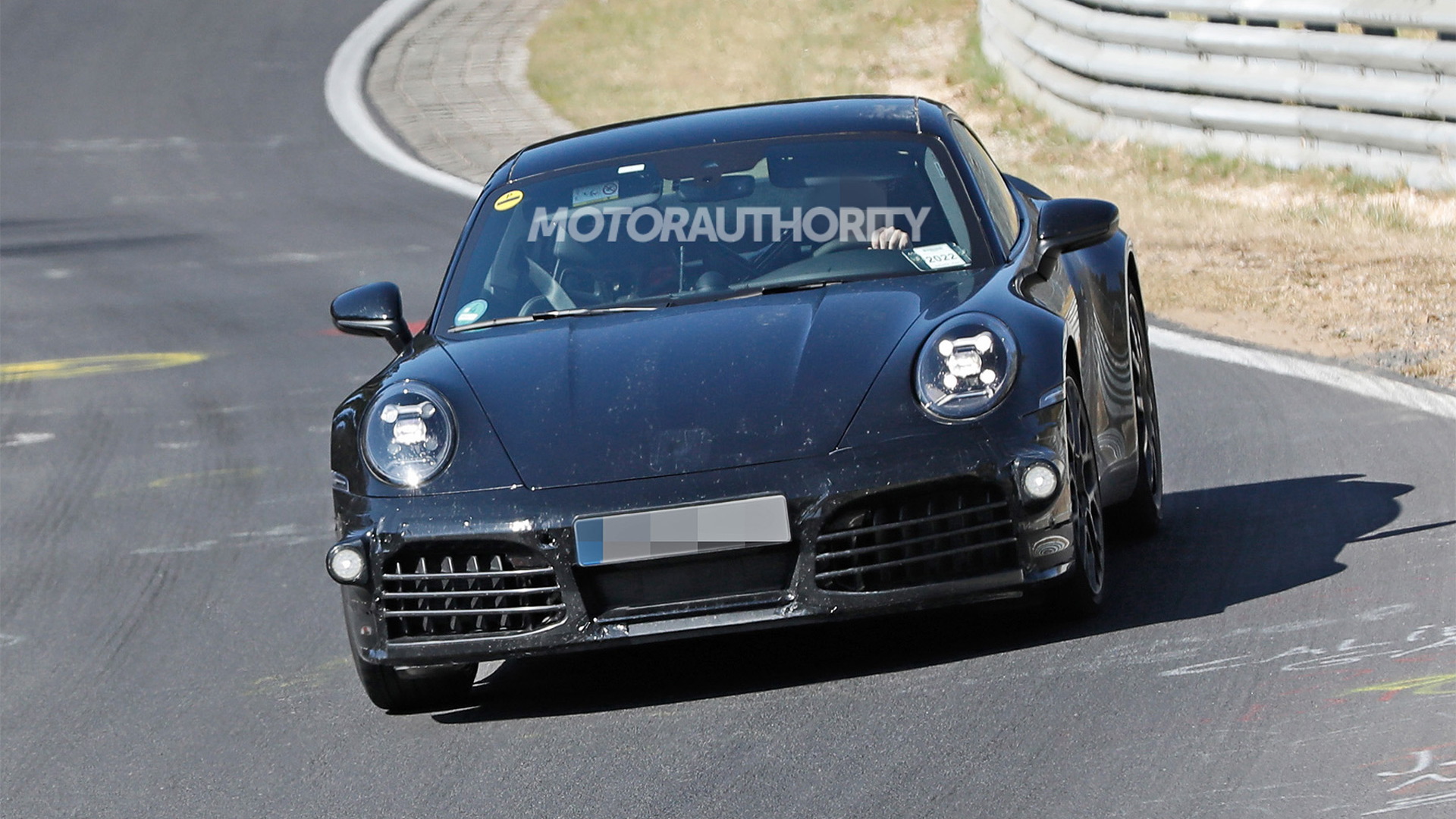 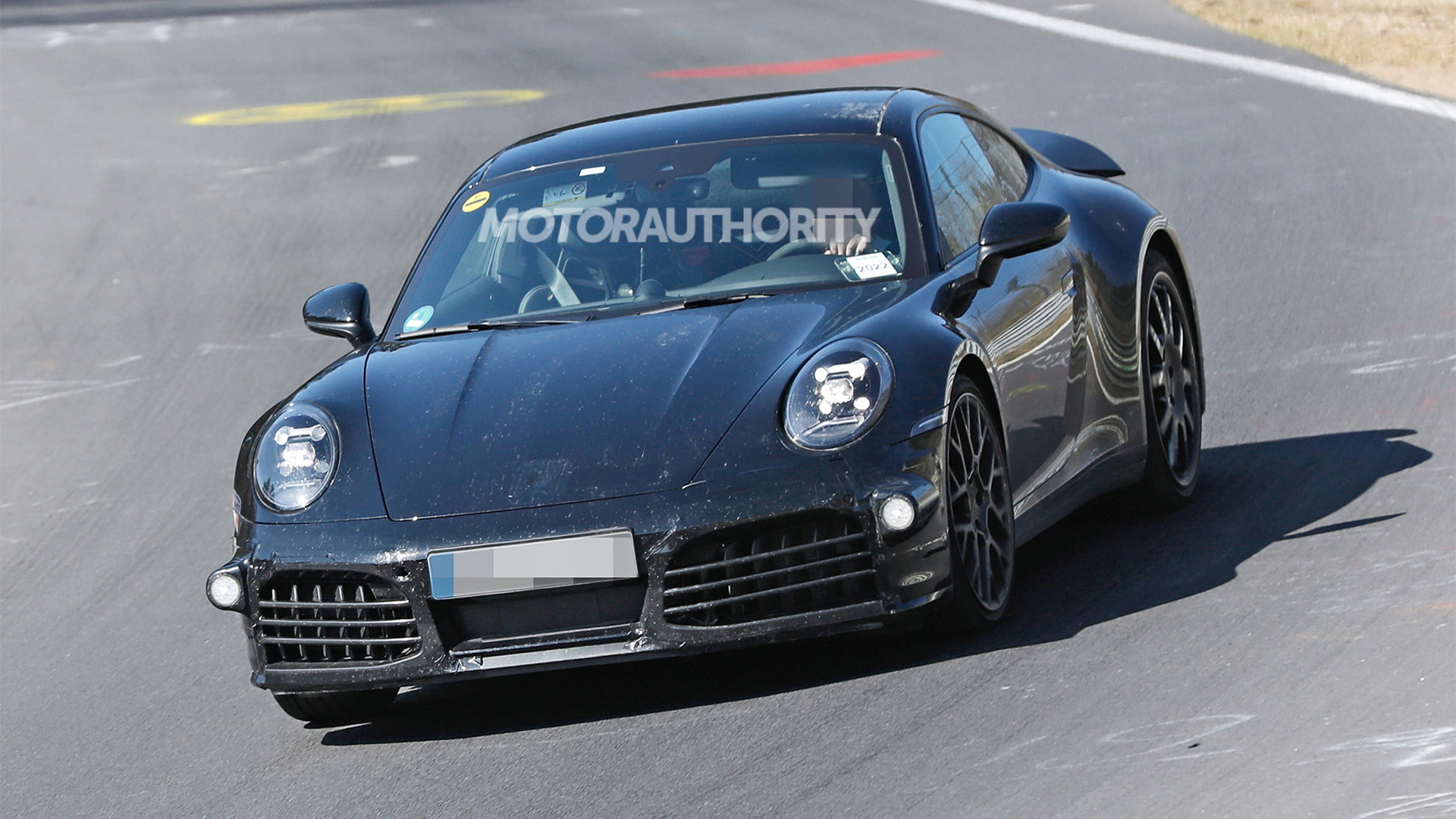 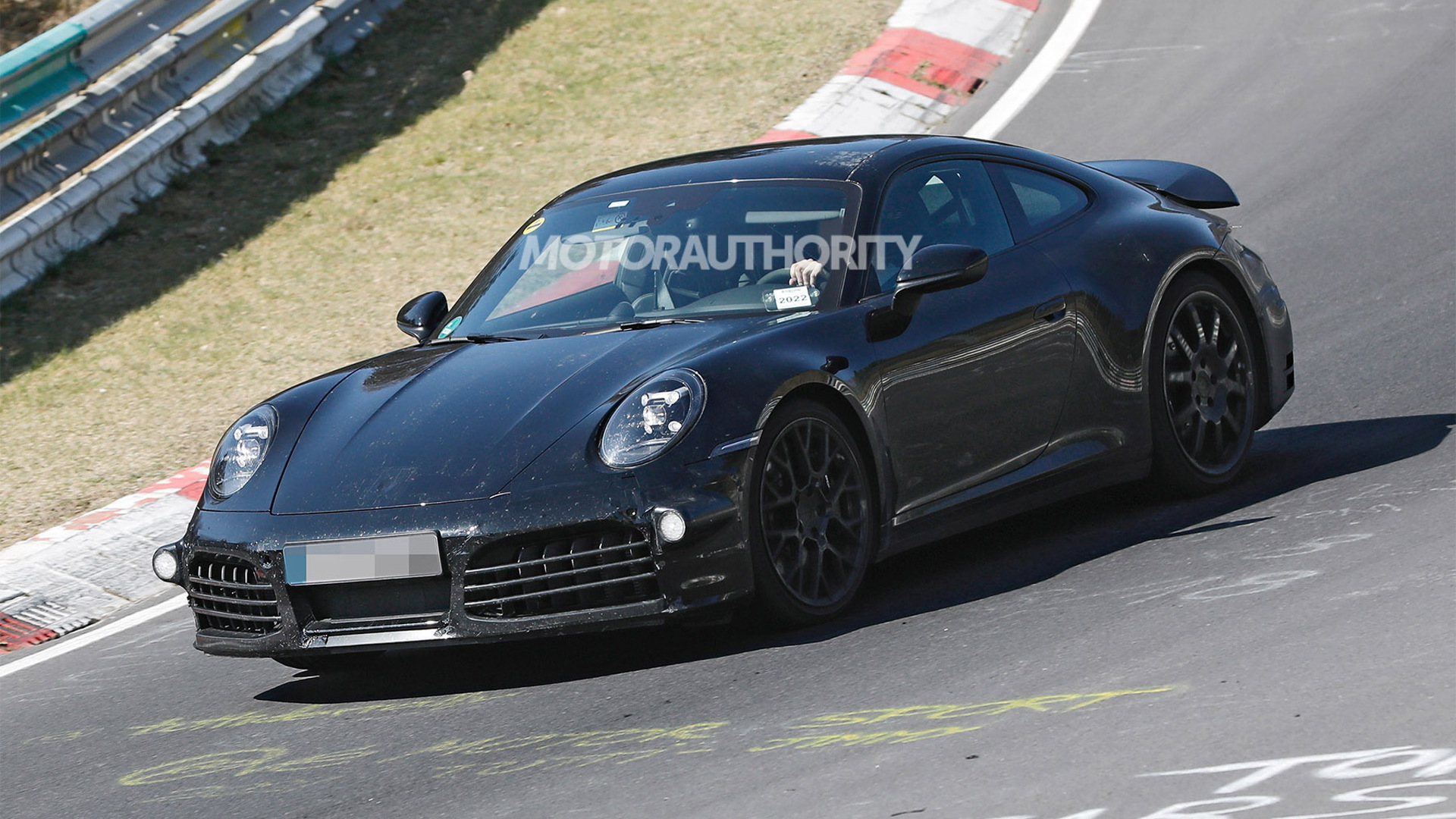 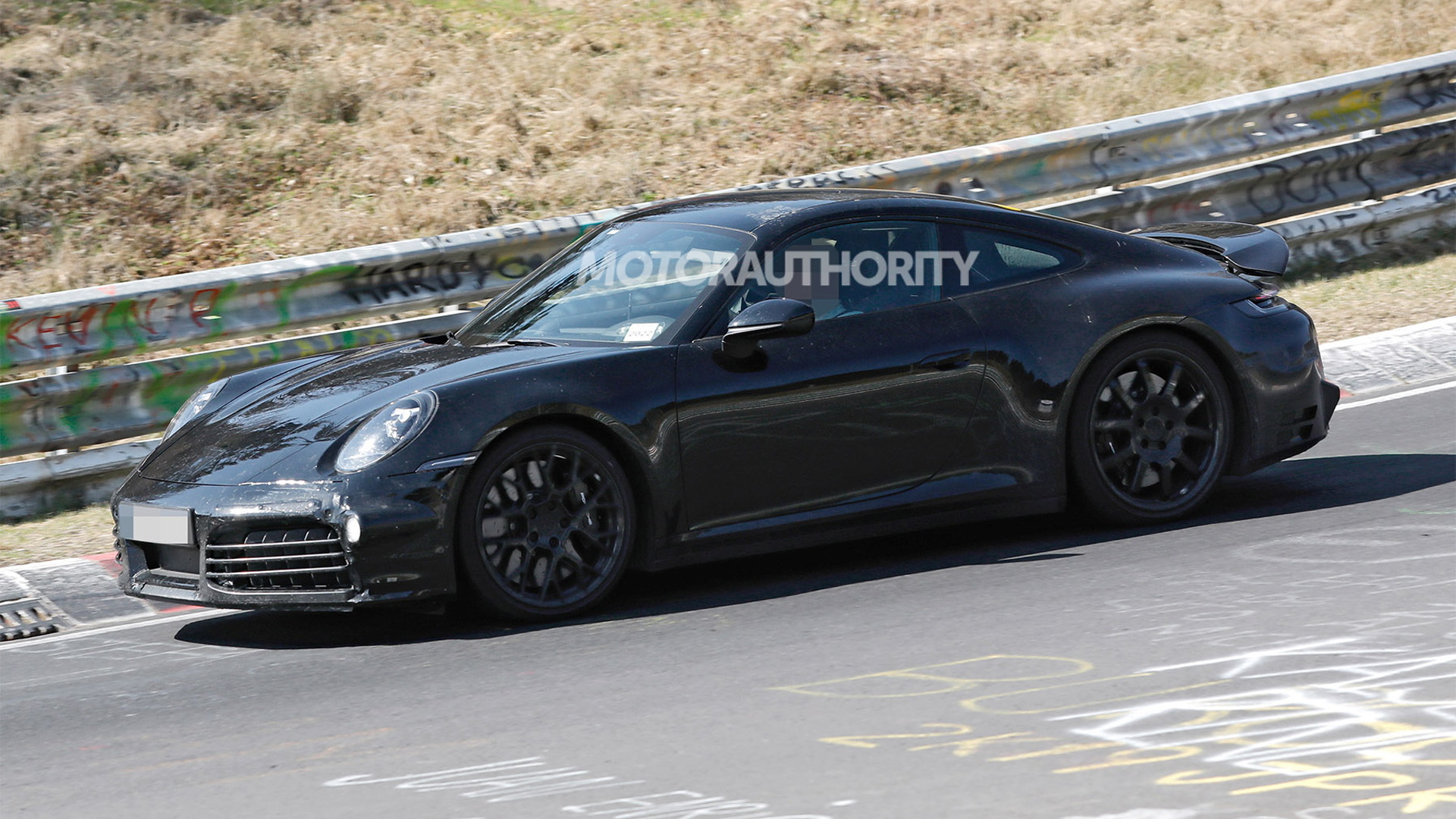 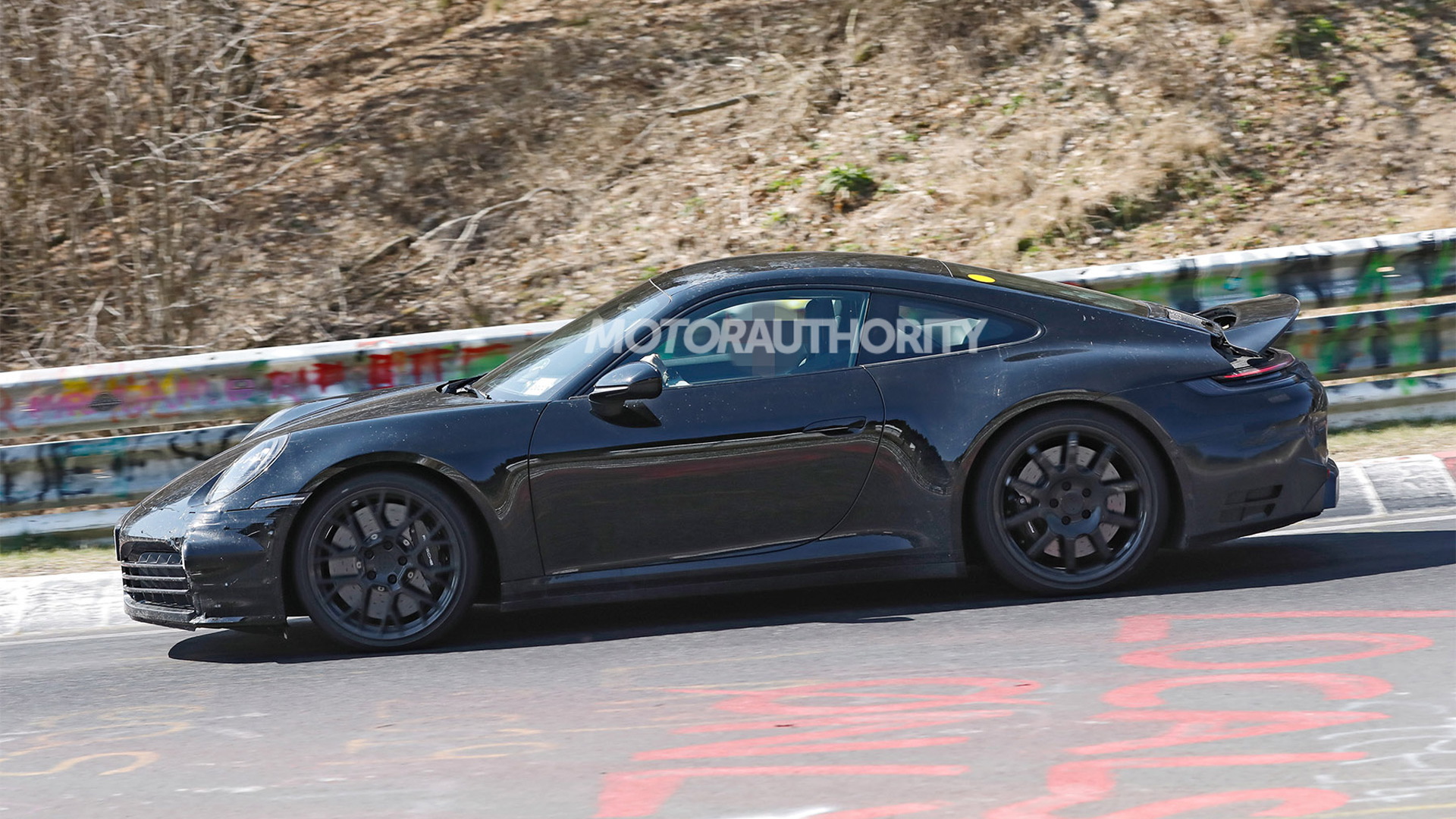 Porsche has been spotted testing what's thought to be an electrified version of the updated 911 Carrera currently in the works.

Porsche CEO Oliver Blume confirmed in March that an electrified 911 is coming. He said it will be a hybrid along the lines of the former 919 Hybrid LMP1 race car, and not a plug-in hybrid like the 918 Spyder hypercar. This means there won't be a plug, and any electric motor-generator(s) will purely be used to support the internal-combustion engine and recover energy under braking.

This is also something veteran Porsche engineer August Achleitner, whose swan song at Porsche was the current 992-generation 911, told Motor Authority in a 2019 interview.

“We spent a lot of money for the LMP1 engagement, but we also learned a lot,” he said. “I think right now we are a step ahead in comparison to other competitors and we want to use it.”

The first members of the updated 911 range, referred to internally as the 992.2 generation, should start appearing in 2023, meaning they'll likely arrive as 2024 models. It's likely the electrified 911 will be a new member, possibly labeled a Carrera S E-Hybrid, or Carrera 4S E-Hybrid if the electric motor is used to power the front wheels.

Interestingly, there are also rumors that the updated Carrera will feature a new, naturally aspirated engine instead of the current turbocharged unit. This is backed somewhat by the new air vents in the rear fascia of the prototypes, which is a typical sign of 911 prototypes testing a new engine.

What about the electrified 911 Turbo? The jury is still out on whether this model will also be a regular hybrid or go the plug-in hybrid route.

Porsche is committed to electrification in a big way. The automaker is aiming for 80% of its sales to be electric vehicles by 2030. And the remaining 20% will mostly be hybrids, made up purely by the 911—the last holdout at Porsche for the internal-combustion engine.