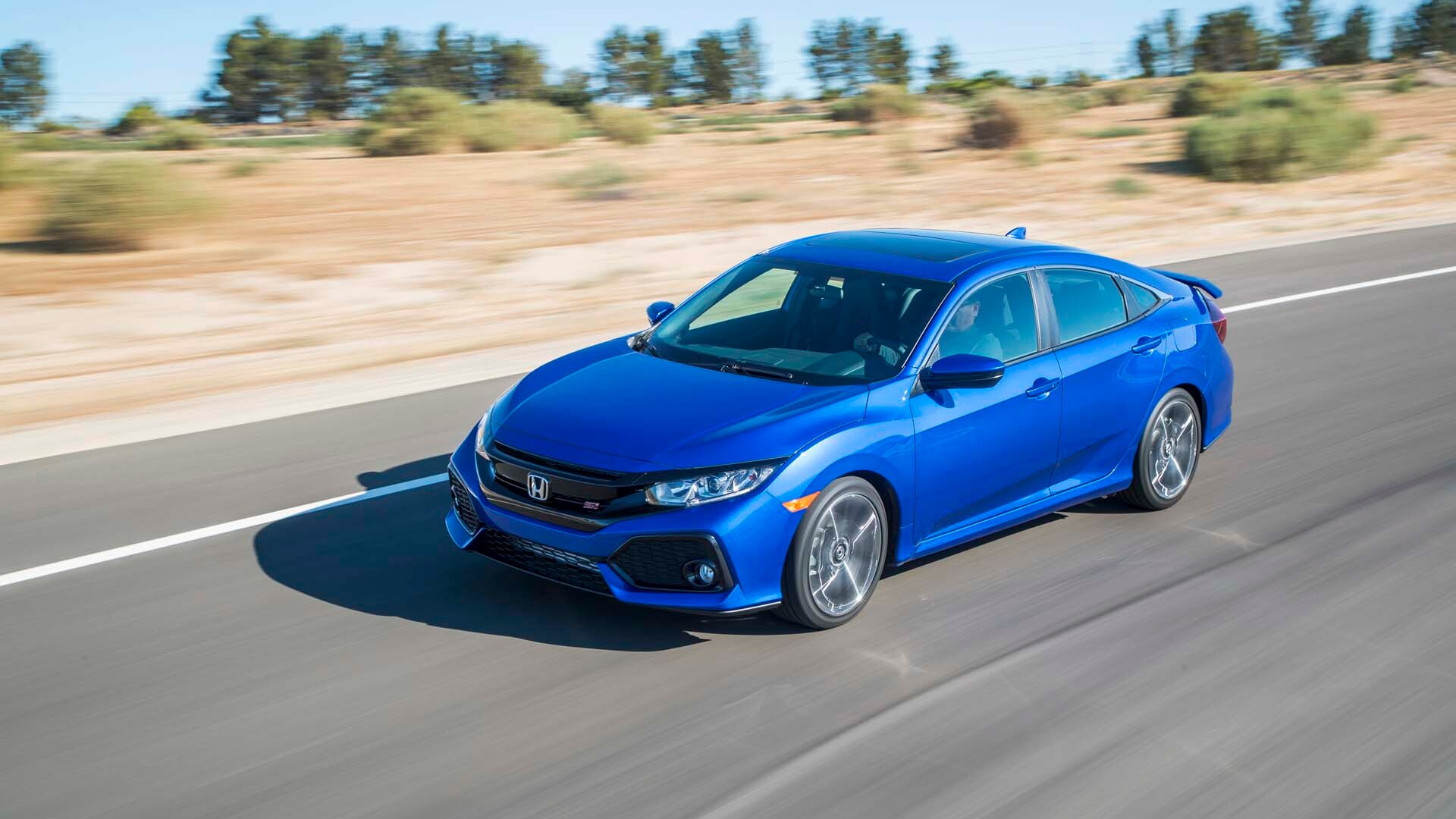 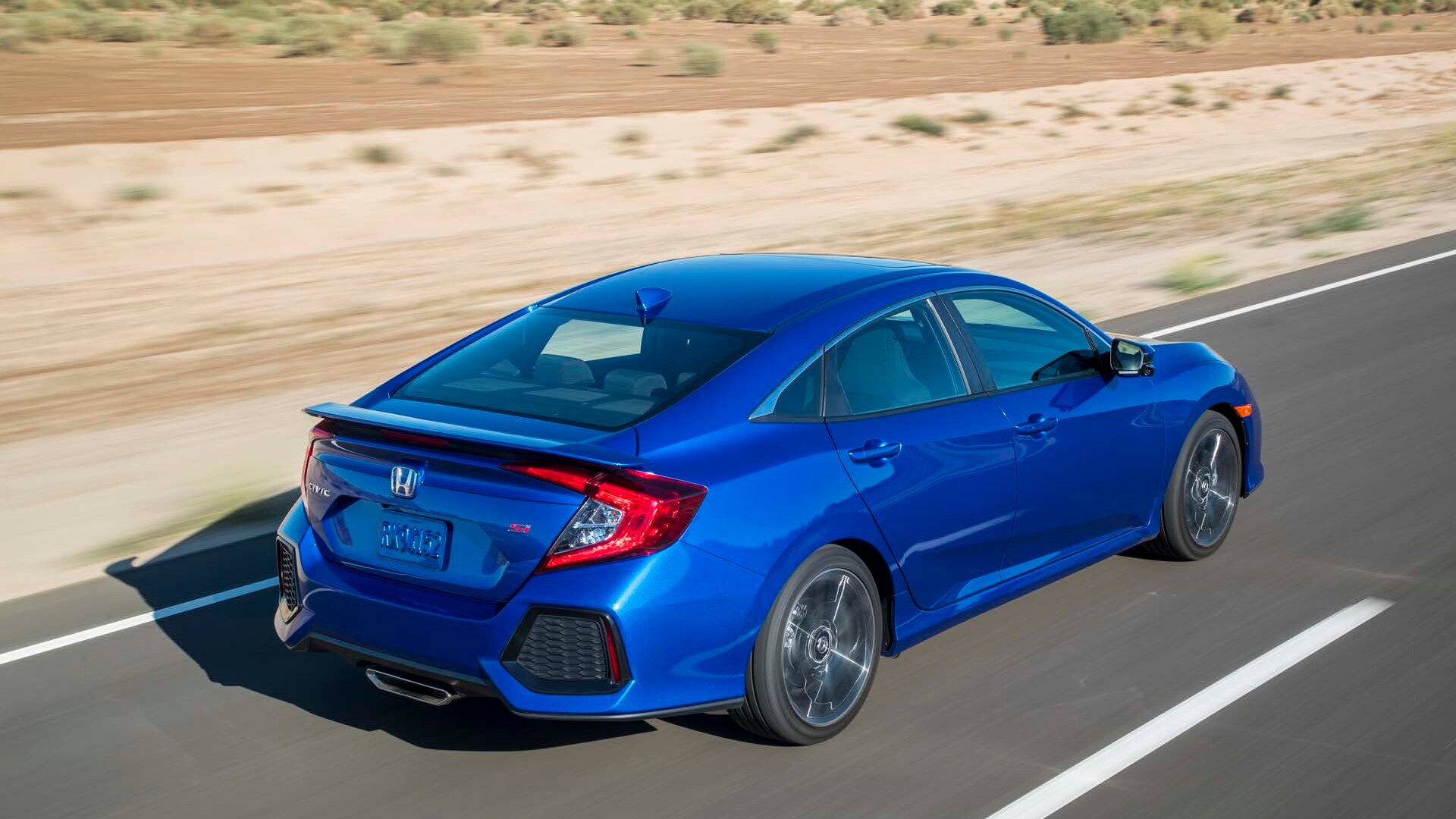 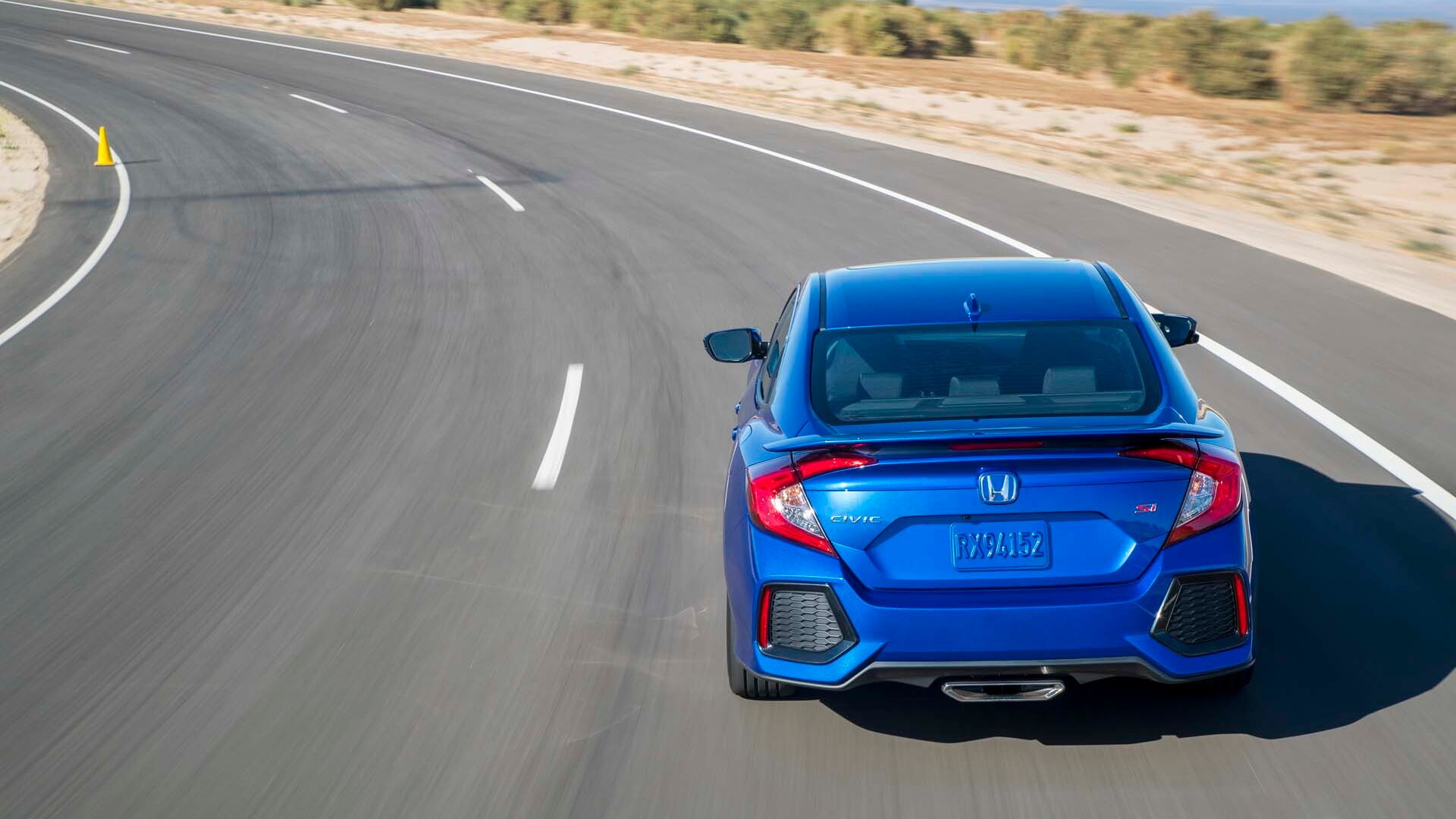 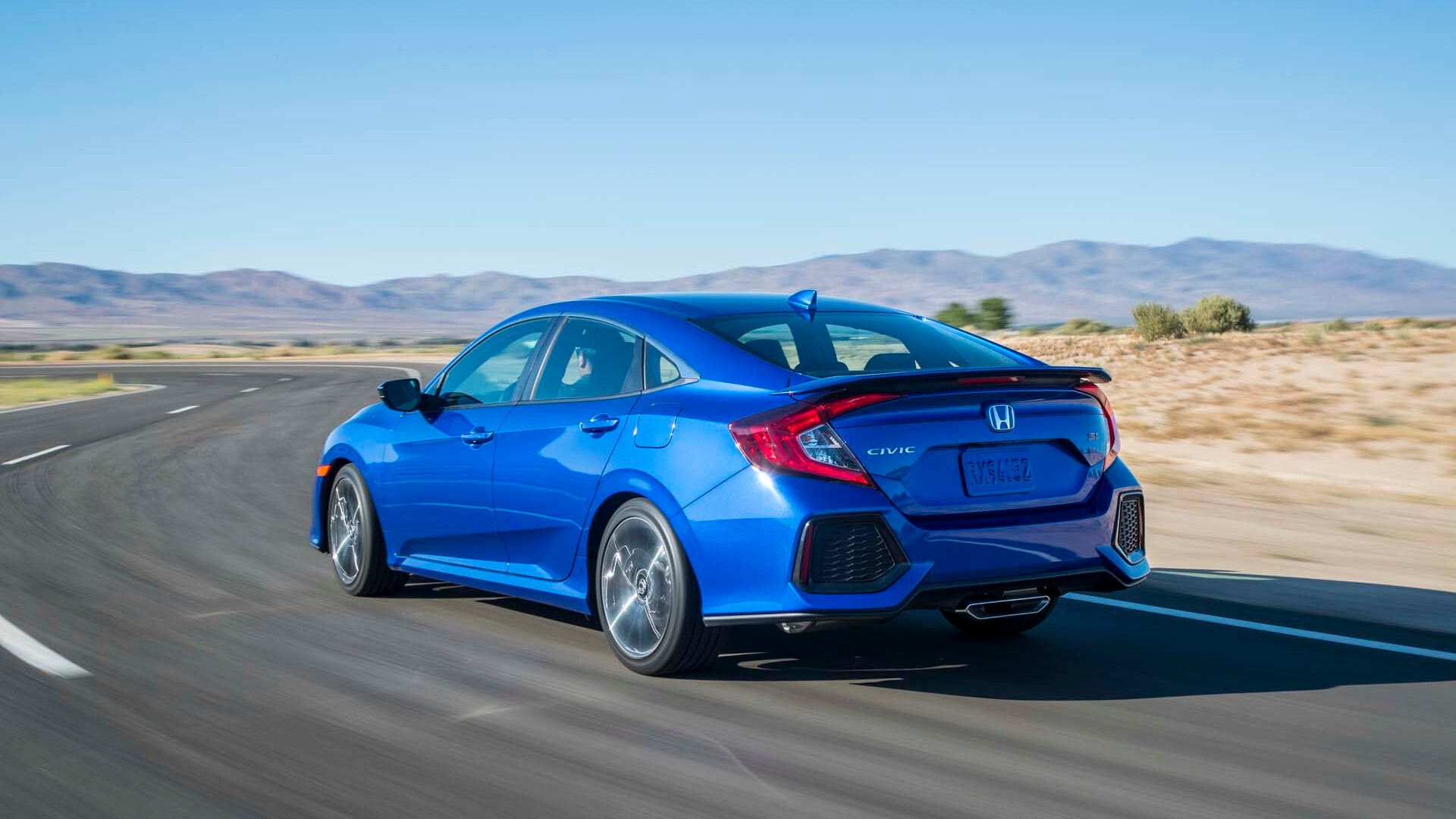 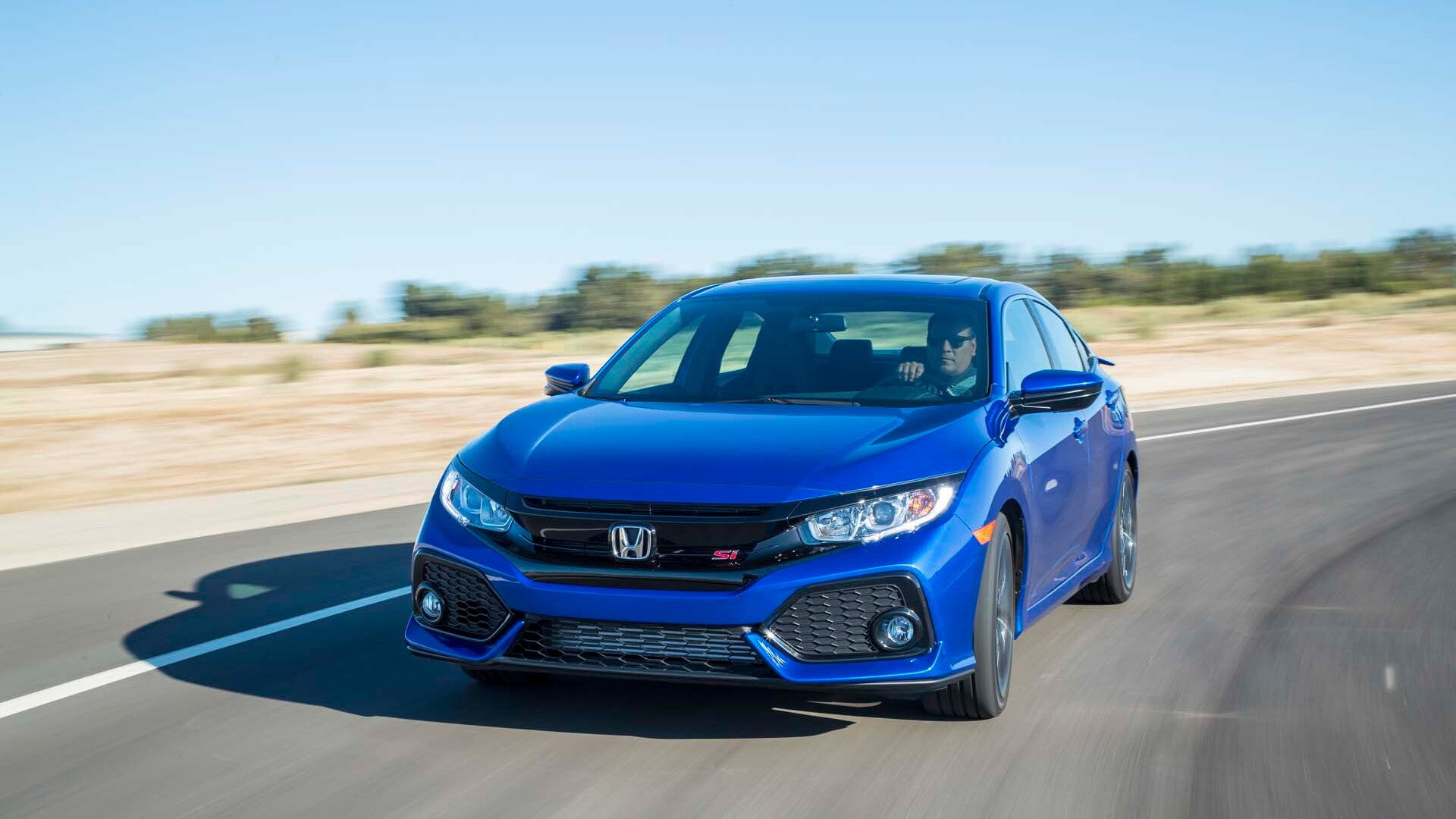 The latest Honda Civic is also the best Honda Civic. That's an easy statement to make, but it's not quite as simple when you add the “Si” designation on the end. Because despite a raft of bad Civics for the current model to overshadow, the reality is that the Si range has been a much more consistent entry, offering fantastic driving dynamics in an affordable, reliable package.

The 2017 Honda Civic Si ticks those boxes easily. And considering how disappointing the last-generation Si was, the 2018 automatically feels like a standout. But compared to great Si models, like the spectacular eighth-gen car or the famous sixth-gen model, it's much more difficult to judge this new entry.

So I borrowed one for a week, and packed on nearly 400 miles. I'd have happily done another 400, too. This Si is going to be one of the good ones.

The Good: The first turbocharged Civic Si is unlike any other. Torque from the 1.5-liter, turbocharged four-cylinder isn't only easy to access, it's difficult to ignore. There's 192 pound-feet and it's all available between 2,100 and 5,000 rpm, so if you don't feel like downshifting to make a freeway pass, then don't. The torque is so abundant that simply digging into the throttle in sixth gear allows the Civic Si to gather speed unlike any of its predecessors. Even around town, the accessibility of this powertrain makes the latest Si the easiest to drive by a huge margin.

The Bad: It's turbocharged. The best Civic Si I ever drove had a meager 132 pound-feet of torque. But its 2.0-liter, VTEC four-cylinder revved to the moon and back—its 7,600-rpm redline is 1,100 revs above the new turbocharged 1.5-liter. Getting pace out of that car was a full-time job that left its owner sweaty, stressed, and with a slack-jawed smile. The new Civic Si, though, is easy. Getting the best from the engine doesn't require thought or patience or strategery, because all you need is your right foot. It feels clinical where the old car felt emotional, and that's a loss for fans of driving involvement.

The Good: Unsurprisingly, Honda has produced yet another buttery smooth six-speed manual transmission. The shifter is precise and the gates receptive, while the short throws and minimal effort they require are exactly what we want from a manual gearbox.

The Bad: The clutch pedal lacks bite at the catch point, making it occasionally difficult to decide when to start feeding in throttle. Likewise, throttle response just isn't sharp enough. Combined, the two make smooth launches more challenging than they should be. Also—and I hate to say this—but Honda could stand to offer an automatic transmission.

The Good: For a long time, I thought my 2006 Mini Cooper S would have the sharpest, most aggressive turn-in of any affordable car. The Civic Si took that crown. This four-door sedan can change direction remarkably fast, and after that steering input is received by the front axle, some spectacular suspension tuning allows the Civic Si to barrel into turns at speeds that simply don't feel possible in a vehicle this affordable or one that is based on such humble bones. The 2018 Civic Si is a hoot around the turns.

The Bad: The wheels are only 18 inches in size, but the Civic Si and its nifty adaptive dampers aren't as balanced or poised as a rival like the Volkswagen GTI. It's not especially uncomfortable—especially if my Mini rejoins the conversation and the Civic stays in Normal—but it's very clear from the first pothole that the Civic surrenders a sizable chunk of its ride and NVH prowess while transforming into the Si.

The Good: The Civic Si has a fantastic driving environment. The H-point in the seats, the location of the shifter, the range of adjustment on the steering wheel, and the position of the pedals are nearly perfect. It's a terrible auto writer cliché, but everything really does fall readily to hand in a way that few modern cars can match.

The Bad: The front seats could really use a thigh extension. Long-legged drivers will find a lack of under-leg support that becomes grating on longer drives. We also wouldn't mind an additional color scheme—black and red is growing tiresome. But beyond those quibbles, the Civic Si proves a happy home for an enthusiast without losing out on a lot of what makes the base model's cabin so agreeable while commuting.

The Good: The Honda Civic Si has never been a very expensive car, but as its competitors—the Volkswagen GTI, being the prime one—increase in price, Honda is offering the latest Si for under $25,000 (including an $875 destination charge). A base GTI, meanwhile, starts at $26,415 (again, including its $820 destination charge) and can increase past $31,000 with the mid-range SE or up to nearly $35,000 for the fully-loaded Autobahn trim. In other words, the Civic Si remains an amazing performance bargain.

The Bad: The Civic Si's list of missing equipment borders on the egregious. Would sir like LED headlights, or perhaps some of the active safety systems from the Honda Sensing suite, like automatic emergency braking or adaptive cruise control? Too damn bad. While the Civic Si's price is very reasonable—it's $100 more than a Civic EX-L, and the equipment level matches that—the only available option are a $200 set of summer tires. I'm not asking Honda to give away the milk for free here, but if Honda is offering the Si with EX-L-level equipment for just $100 more, why can't we have an Si with Touring-level equipment for the same premium? Hell, kick this theoretical Si Touring's price up a few hundred dollars—it'd still be a screaming bargain.