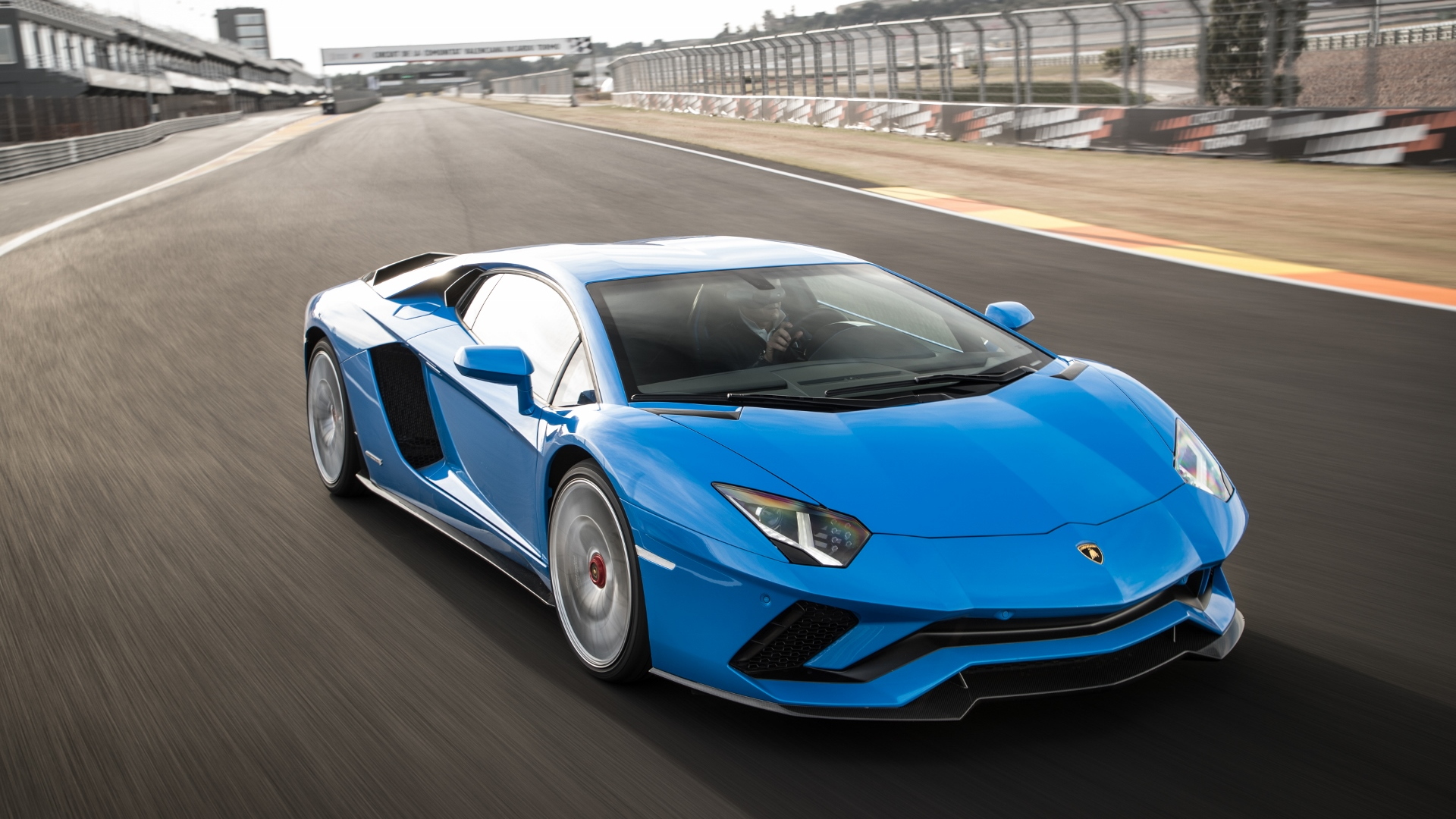 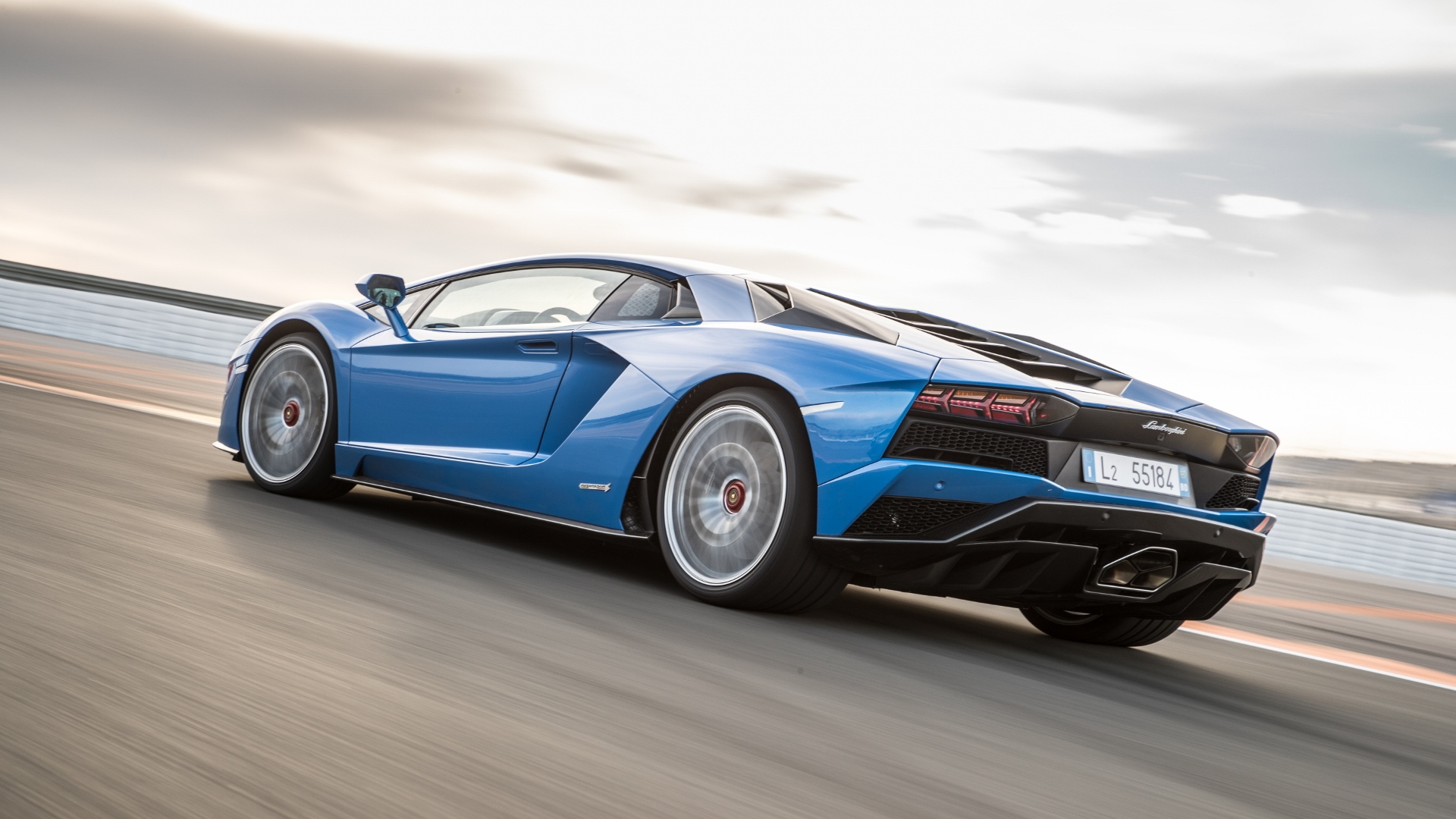 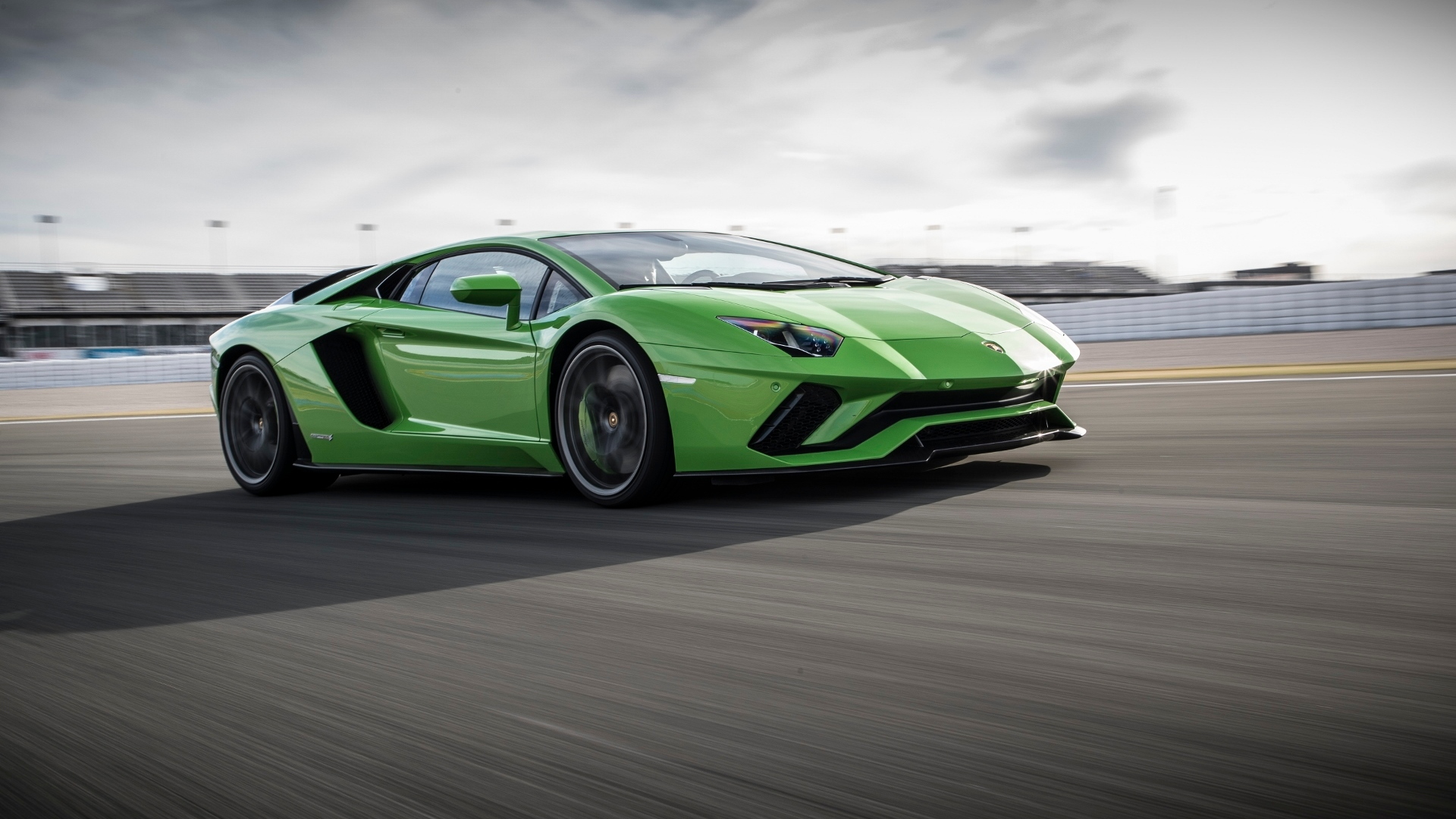 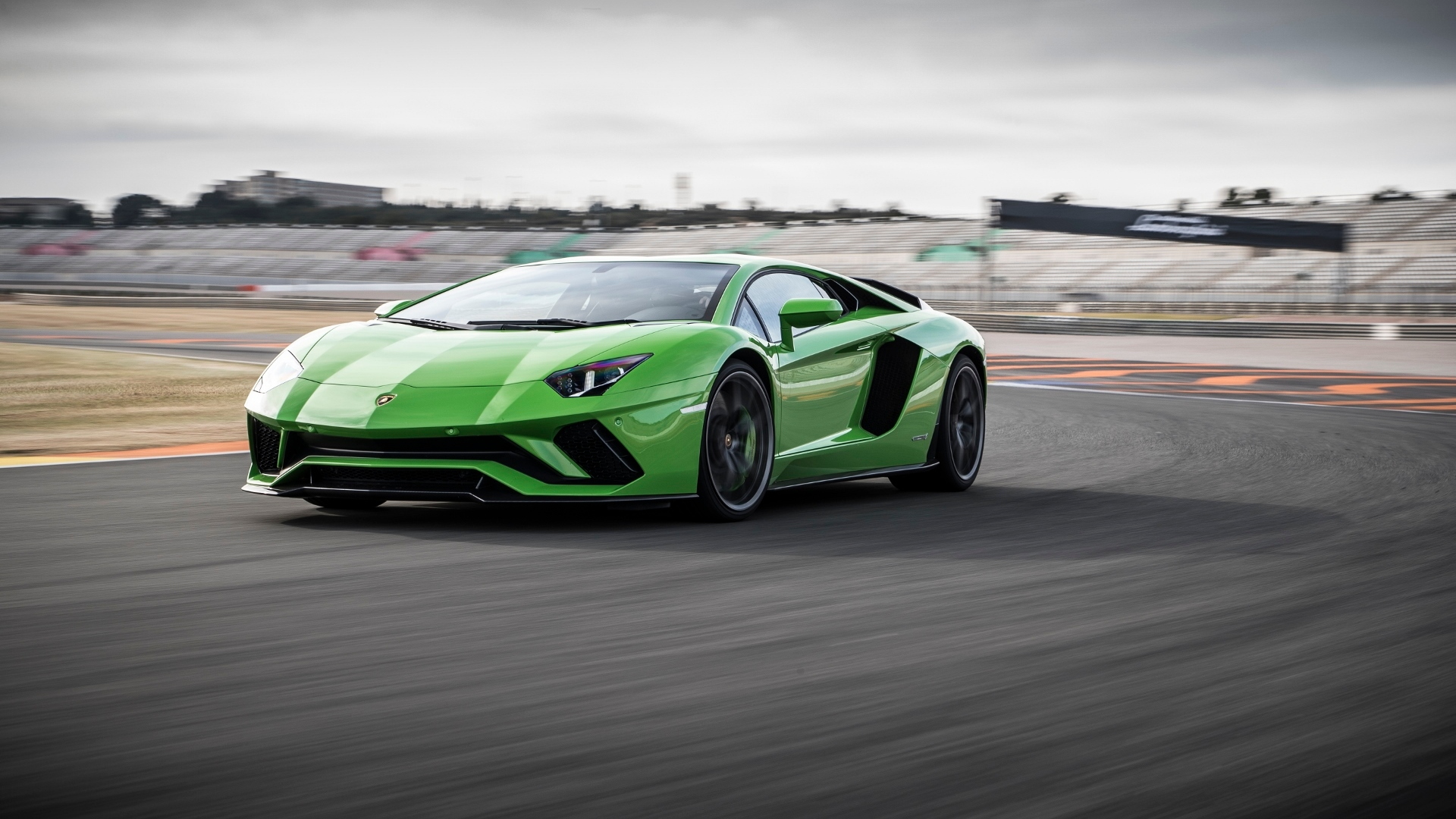 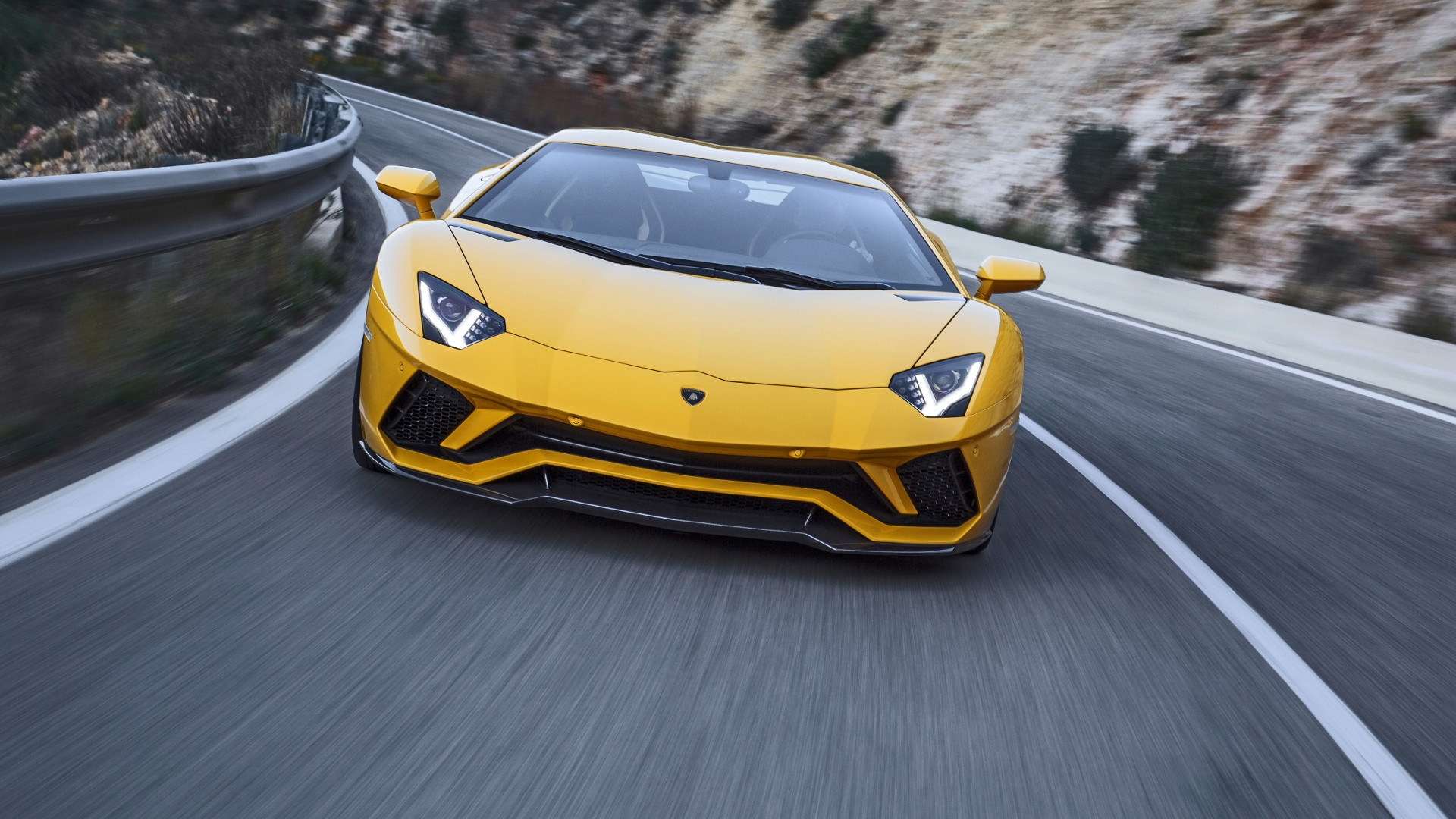 A little evolution now and then is a good thing.

That distorted maxim holds true for the Lamborghini Aventador. Originally released as a 2012 model, Lambo’s most-expensive supercar boasted loads of technology derived from Formula One, but it had some issues. It was heavy, it understeered on a track, and it would soon be outperformed by its less-exclusive little brother, the Huracán.

For 2017, Lamborghini has transformed the Aventador into the Aventador S, increasing output of the 6.5-liter V-12 from 691 to 730 horsepower and adding performance upgrades to fix many of its issues.

I detailed those changes when I drove the Aventador S during Monterey Car Week in August, but a little refresher is in order here because many of the changes affect how the car acts on a racetrack.

Lamborghini calls four of the upgraded vehicle systems the “four masterpieces.” They include the all-wheel-drive system, the new rear-axle steering system, the four driving modes, and the new active suspension with magnetorheological dampers.

The all-wheel-drive system is paired with a new set of Pirelli P Zero tires designed especially for the car. The system has also been recalibrated to work with the rear-wheel steering and to send less power to the front wheels to allow more oversteer.

The rear-axle steering can turn the rear wheels 3 degrees in the opposite direction to the fronts at lower speeds, effectively "shortening" the wheelbase by 19.7 inches. Or, it can steer with the fronts by 1.5 degrees to add stability at high speeds. For a car that can top 200 mph, that high-speed stability is crucially important.

Drivers can now choose from four driving modes instead of three. Strada (street), Sport, and Corsa (track) carry over, but a new Ego mode allows drivers to choose among Strada, Sport, and Corsa settings for the engine, transmission, all-wheel-drive system, steering, and suspension.

The magnetic ride dampers give the Aventador S a softer ride in Strada mode and firm it up in Corsa, making the car either more livable or more trackworthy. The suspension also has new rear springs, and new geometry for the upper and lower arms and wheel carriers to reduce caster and load on the system.

Bad in a traffic jam, great on a track

As I learned in that initial drive, the Aventador S is the wrong car for a traffic jam. The Independent Shifting Rod (ISR) transmission, a 7-speed single-clutch automated manual, becomes tedious and has a tendency to shift into neutral when traffic comes to a stop. The rear-axle steering doesn’t do anything if you can’t drive hard into a corner, nor can the car get to speeds at which the active AWD can help or the tires can show the limits of their grip.

Put the Aventador S on a racetrack, however, and all that changes.

Lamborghini gave me the opportunity to take a few laps around the road course at the Motorsport Ranch in Cresson, Texas, to learn how the Aventador S acts when it reaches the limits of adhesion. And, boy oh boy, is it willing to find the find and exceed the edge of grip!

I never drove that first Aventador, so I can only go by the opinion of fellow auto journalists and racers who said it tended to understeer. That is absolutely no longer the case. Somewhere among a low-friction track surface, the grip of the tires, the prodigious power of the V-12, and the car’s natural tendencies, the Aventador S loves to kick its tail out, especially when minded only by the lenient babysitter that is Corsa mode. Drive hard into a corner, let off the gas, turn in, and the rear end starts to slide out.

Stay off the gas, though, dial in a little opposite steering angle to maintain your line, and you can feel those masterpieces at work. In fact, I believe one masterpiece, the rear-axle steering, helps kick the tail out, while another, the AWD, sorts out where to send the torque to put the car on its proper path.

I’ve never had so much fun sliding a car around on a racetrack while remaining confident that I could catch it, keep the racing line, and go fast out of the next corner. Yeehaw, that thing was fun!

Corsa mode is the way to go, and that means shifting manually via the massive shift paddles behind the steering wheel. Fine by me. In this mode, the ISR transmission works just fine, cracking off quick shifts in milliseconds. In fact, every vehicle response is sudden in Corsa. The throttle reacts right now, the steering is ultra-quick, and the brakes bite when you tell them to. In the middle of a corner, this lets you balance the car with little inputs of the brake, throttle, gas, and steering wheel. It's one hell of a dance.

Things aren't as fun in Sport mode. While I didn't always shift perfectly in Corsa, the Sport mode isn't as responsive for a driver who pays attention to what gear will be needed out of the next corner. It can also slur some shifts, and its stability control tuning doesn't allow for as much tail-happy sliding (which can be a good thing in inexperienced hands).

A thoroughbred wants to run, and the 2017 Aventador S is far more at home kicking its tail out on a racetrack than creeping along in traffic at walking speeds. The changes made to for 2017 to evolve the Aventador into the Aventador S make it a far more dynamic and fun car to drive.

That's what I would expect of a half-million dollar supercar—and in this case, evolution is certainly a good thing.

Lamborghini paid for airfare and lodging for Internet Brand Automotive to bring you this first-hand report.