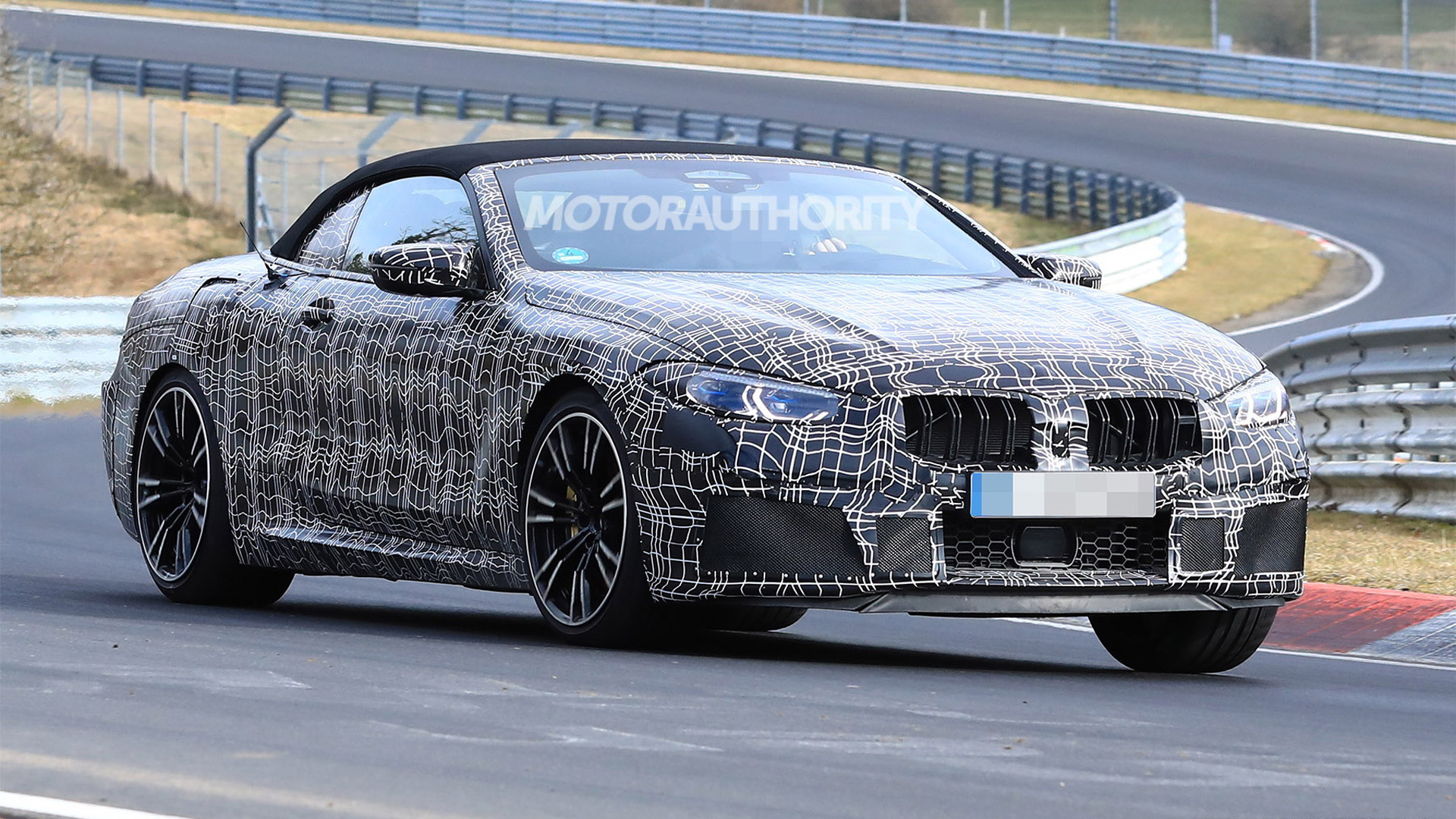 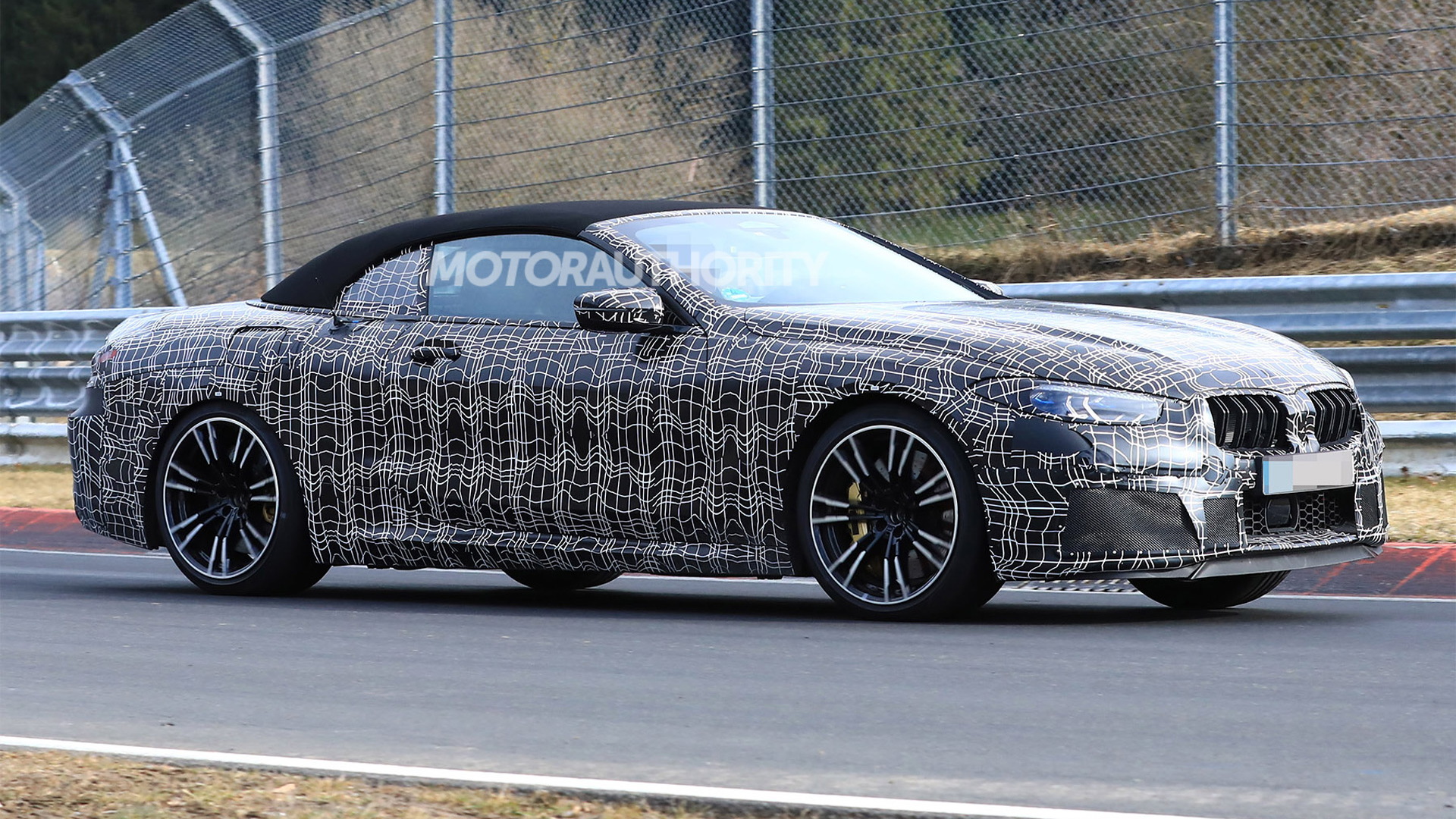 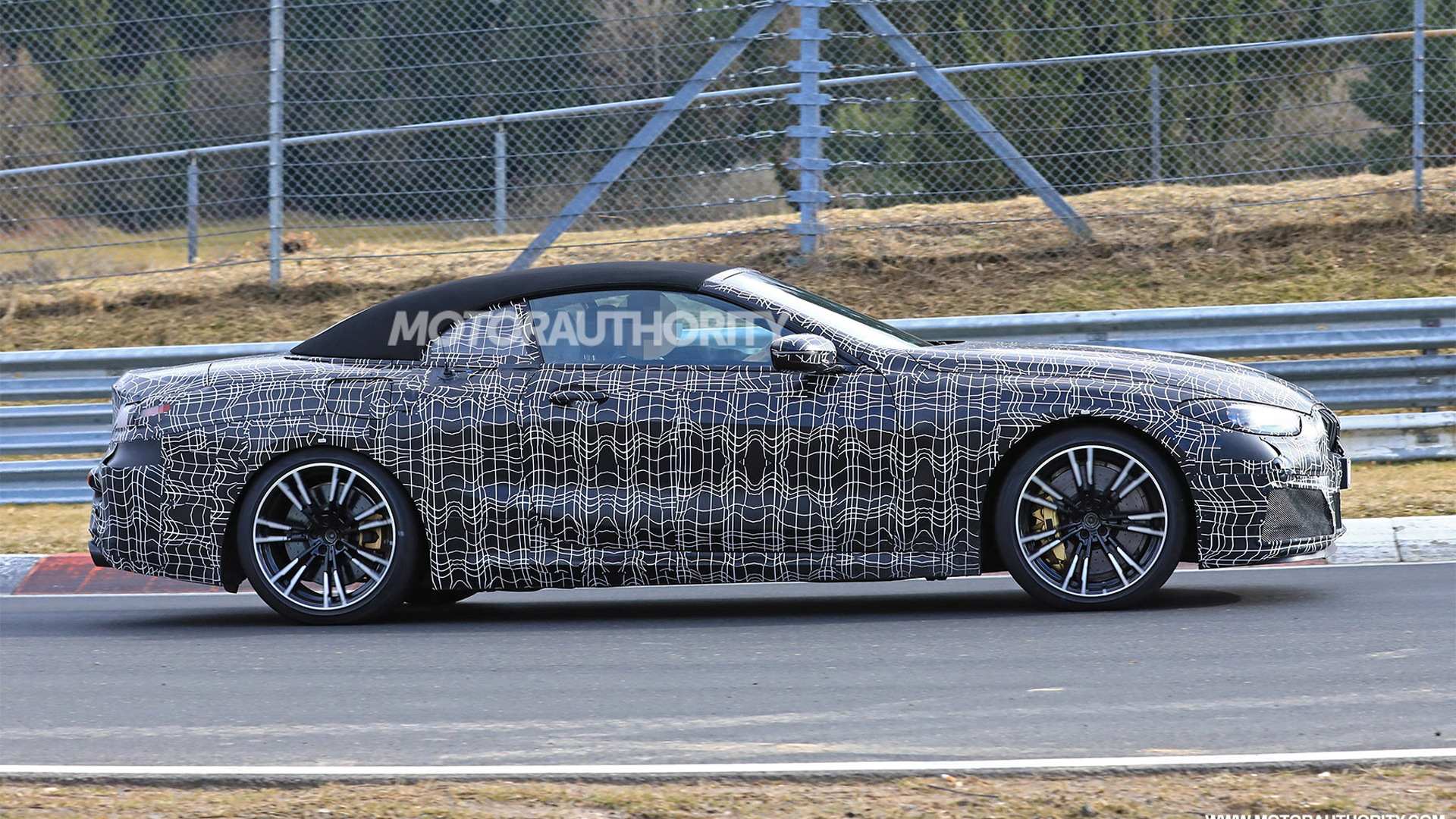 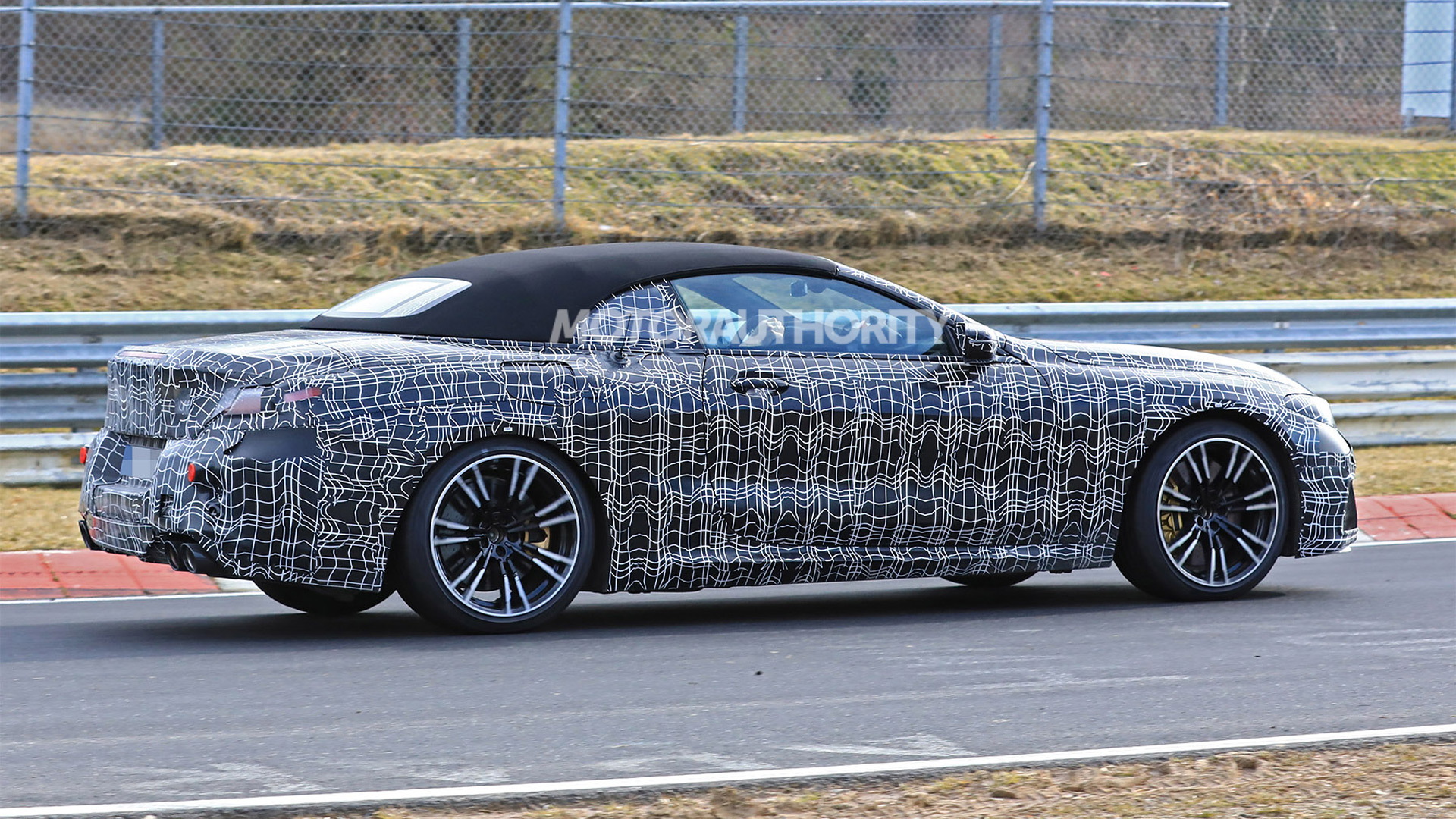 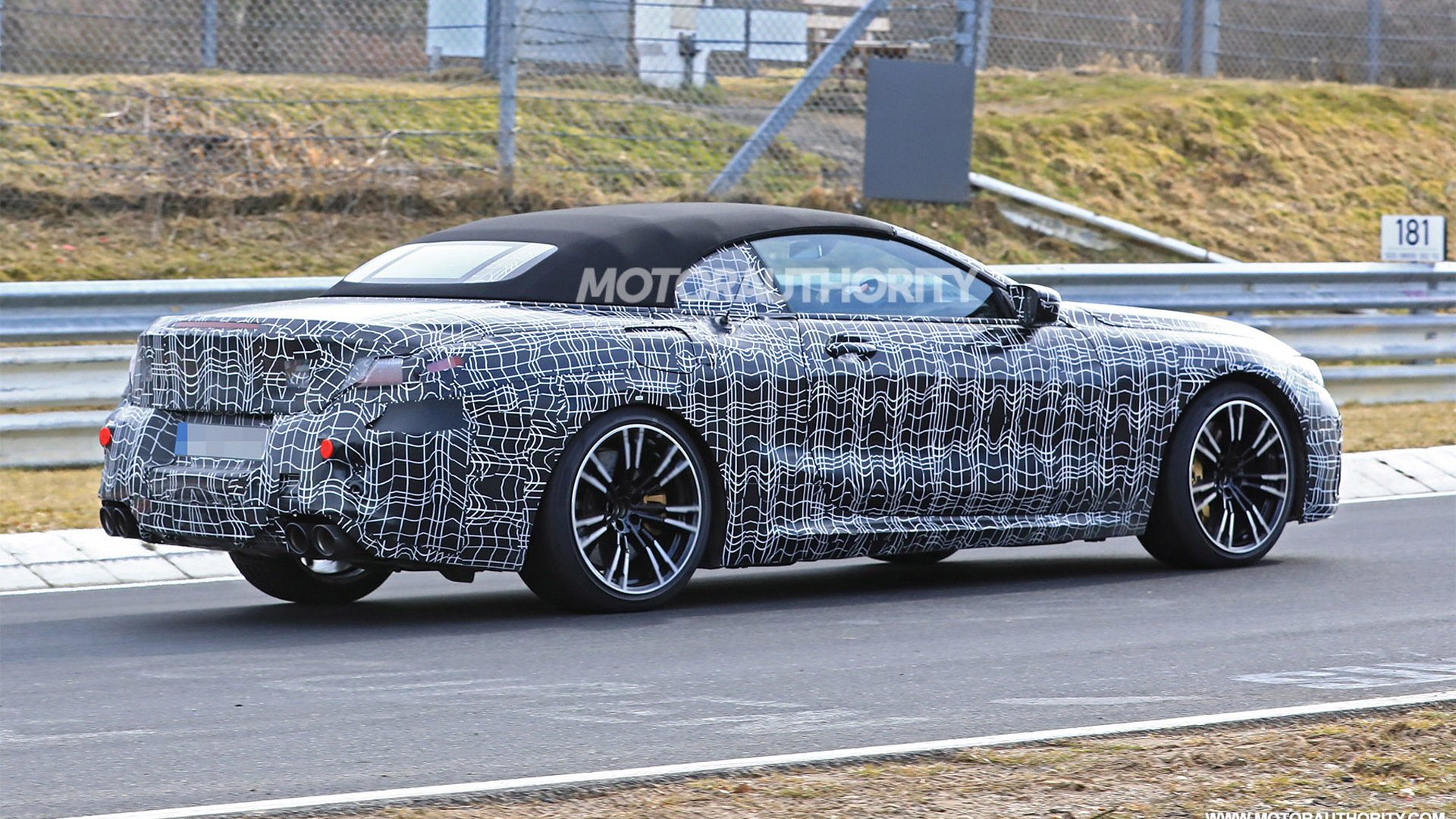 A prototype for the convertible version of the soon-to-be-revealed BMW M8 has been spotted again.

The M8 represents the performance pinnacle of the BMW lineup, with the car being prepped as Munich’s challenger to high-performance grand tourers like the Bentley Continental GT and Mercedes-AMG S65. The M8 Convertible will go up against the open-top versions of those cars.

Looking at the prototype, openings on the flanks hint at a vertical vent on the trailing edge of the front fenders, while at the rear are the M division’s signature quad-pipe arrangement for the exhaust tips. The car looks very wide and imposing. This is aided along by the massive wheels which are wrapped in equally massive tires and house powerful brakes.

For the brakes, the conventional vacuum booster has been replaced by an electric motor that applies force to the master cylinder plunger. This electronic setup is said to be faster and more precise. The result is that braking feedback to the driver is unaffected, for example during high brake temperatures, aggressive cornering or when the road surfaces are wet or slippery.

Underpinning the cars is BMW Group's rear-wheel-drive modular platform known as CLAR. The M8s benefit from enhanced body rigidity compared to the other CLAR-based models, though, including the regular 8-Series. The engineers have also looked at enhancing weight distribution and the center of gravity by tweaking the chassis components and their mounting, using lessons from the M8 race program. Unfortunately, we doubt the car's curb weight will slip below the 4,000-pound mark.

Power in the M8 models will come from BMW’s familiar 4.4-liter twin-turbocharged V-8. In the M5 Competition, the engine is tuned to deliver a conservatively rated 617 horsepower. It’s possible slightly more power will be extracted from the engine for a planned M8 Competition model. Whatever output BMW selects, the engine will be paired with an 8-speed automatic and the M division’s M xDrive all-wheel-drive system. 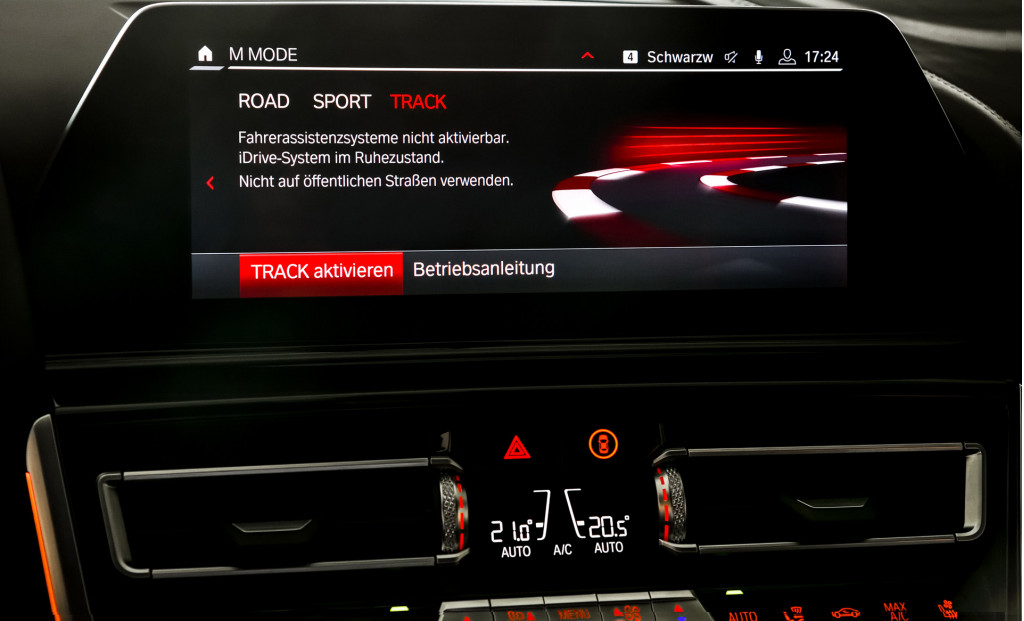 Inside, there will be a new M Mode setting that adjusts all the various electronic driver aids and brings up specific screens for the digital instrument cluster and head-up display. With M Mode activated via a button on the center console, the driver can then choose between Road and Sport settings and, in the case of the M8 Competition, a Track setting.

As mentioned above, an M8 endurance racer is already in action. The road-going M8 variants aren’t expected to be revealed until the second half of 2019. We should point out that included in the M8 family will be a Gran Coupe sedan. BMW previewed the M8 Gran Coupe in concept form at the 2018 Geneva International Motor Show and we've since seen prototypes. This model is also expected in 2019.

The original 8-Series sold in the 1990s was meant to have its own M8 version, too. A prototype featuring a 6.0-liter V-12 was built though the project was canned at the last minute due to low expected demand. The car’s engine lived on, however, in McLaren’s F1 supercar.