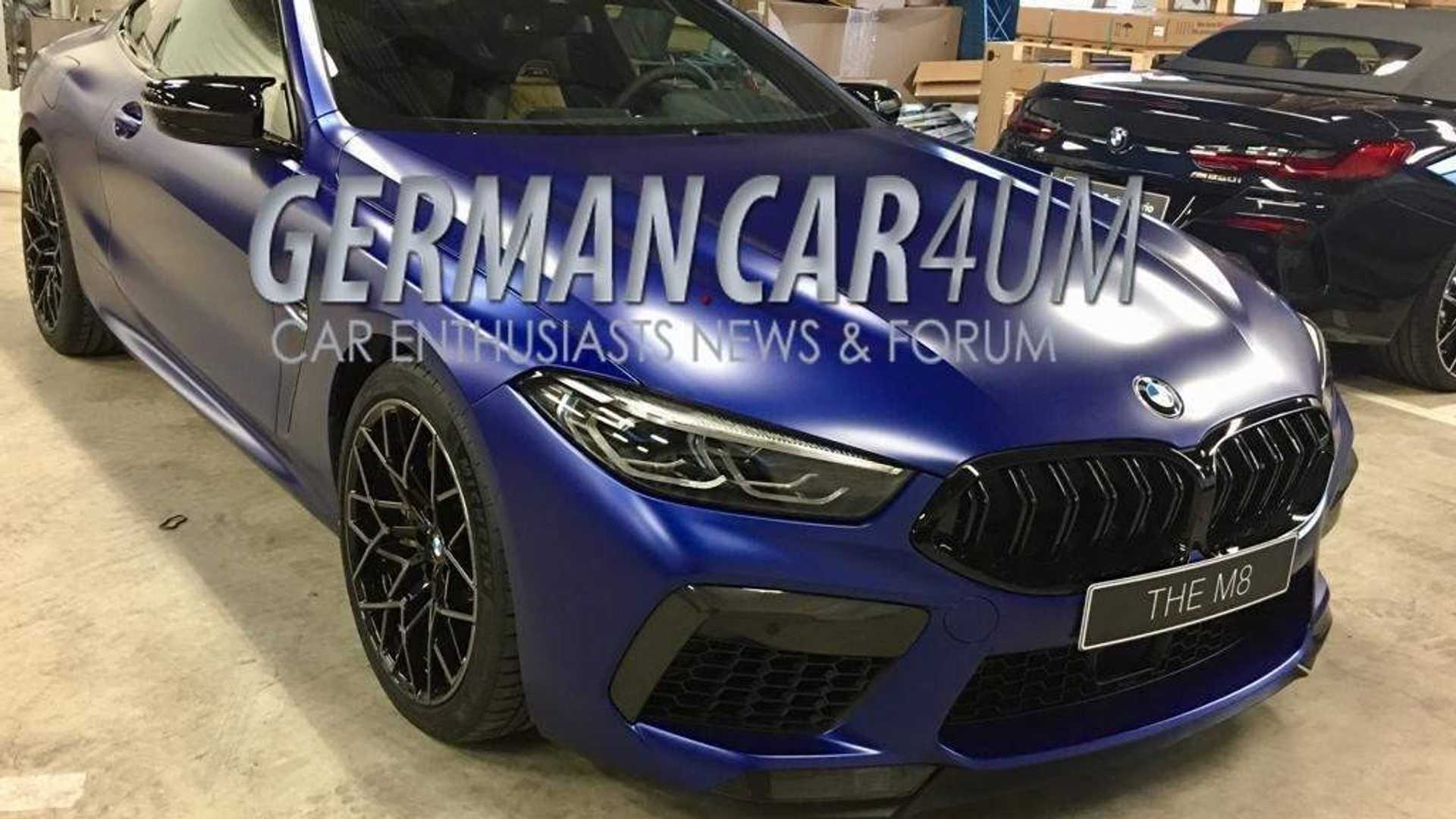 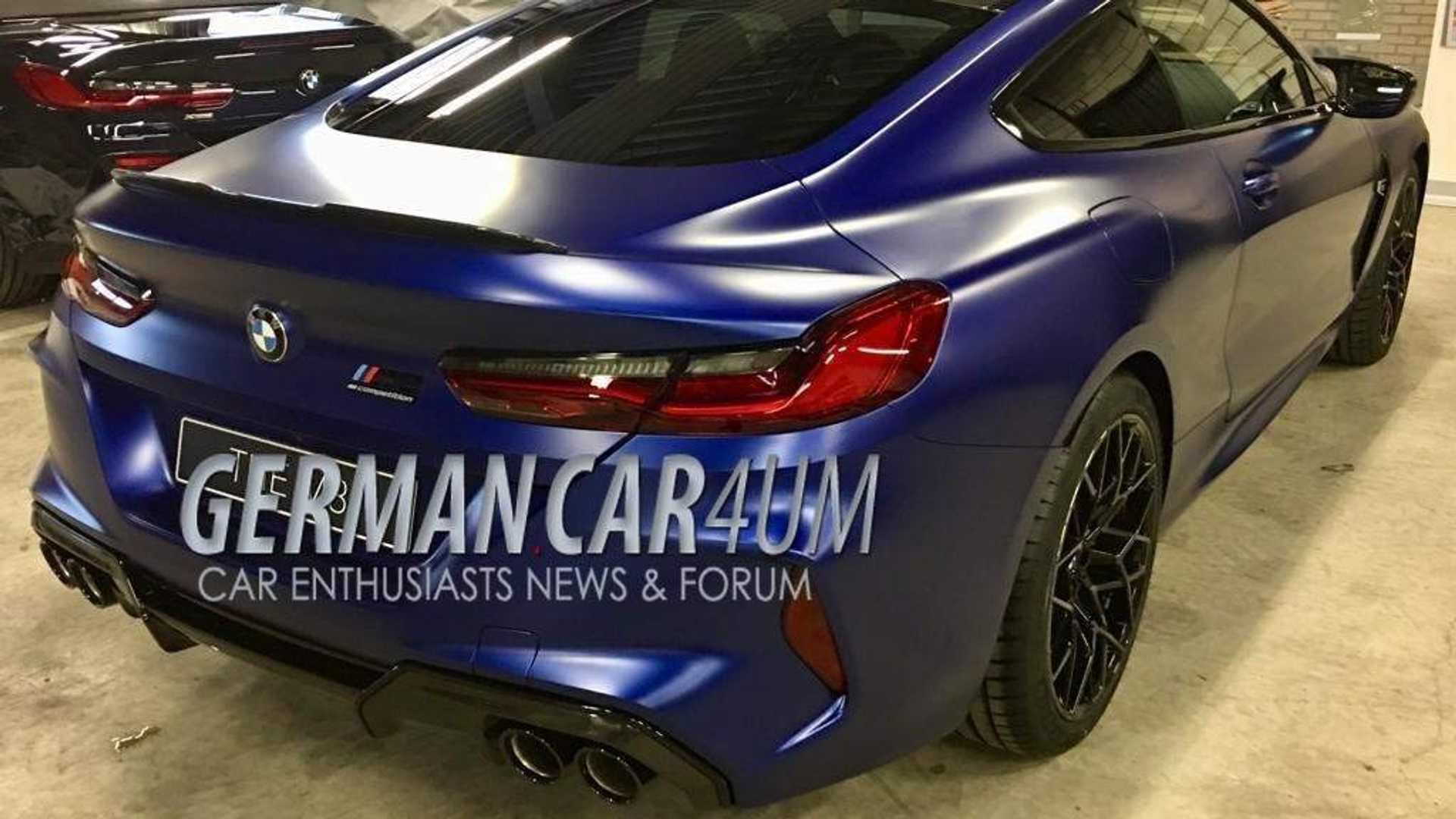 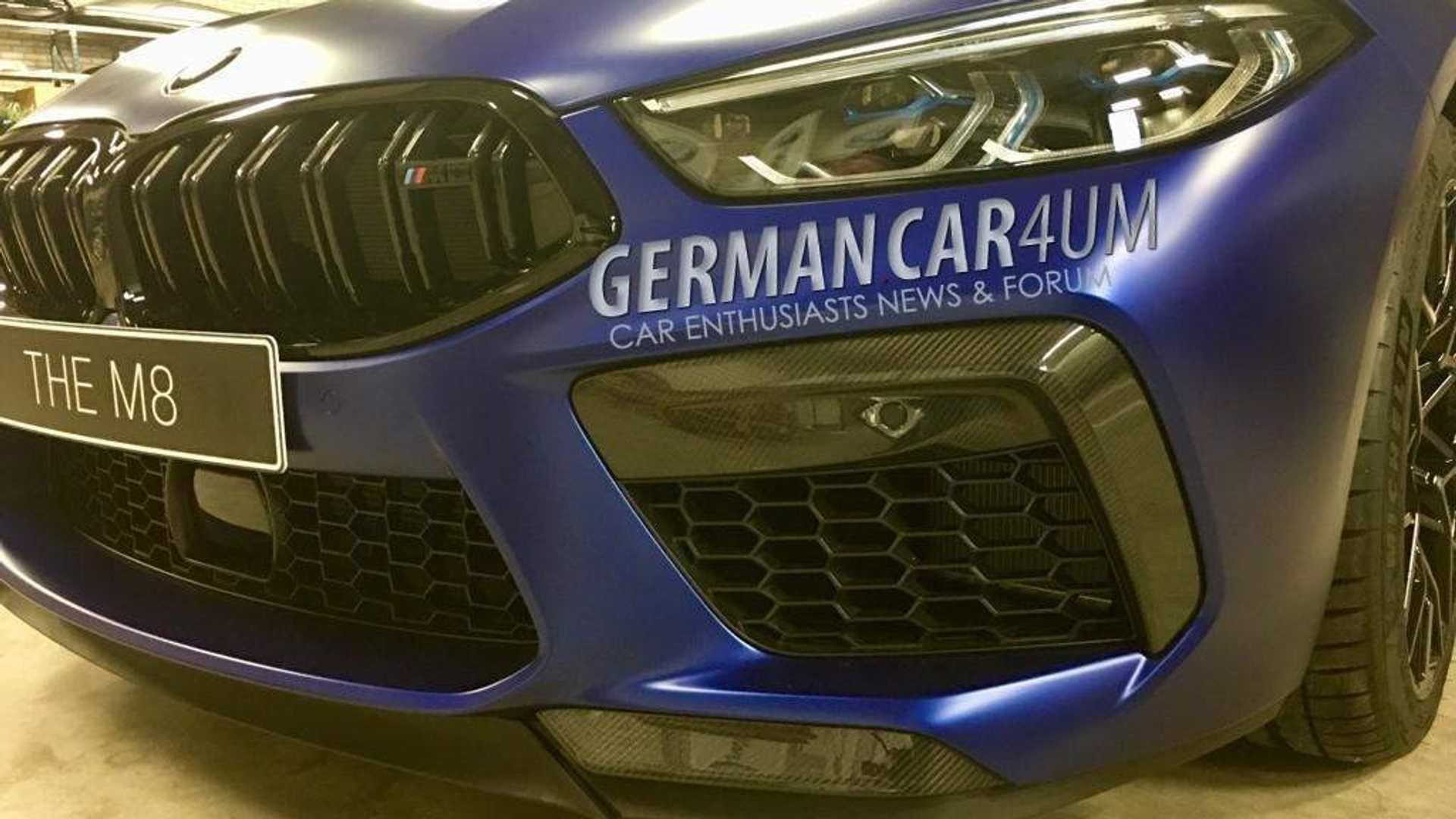 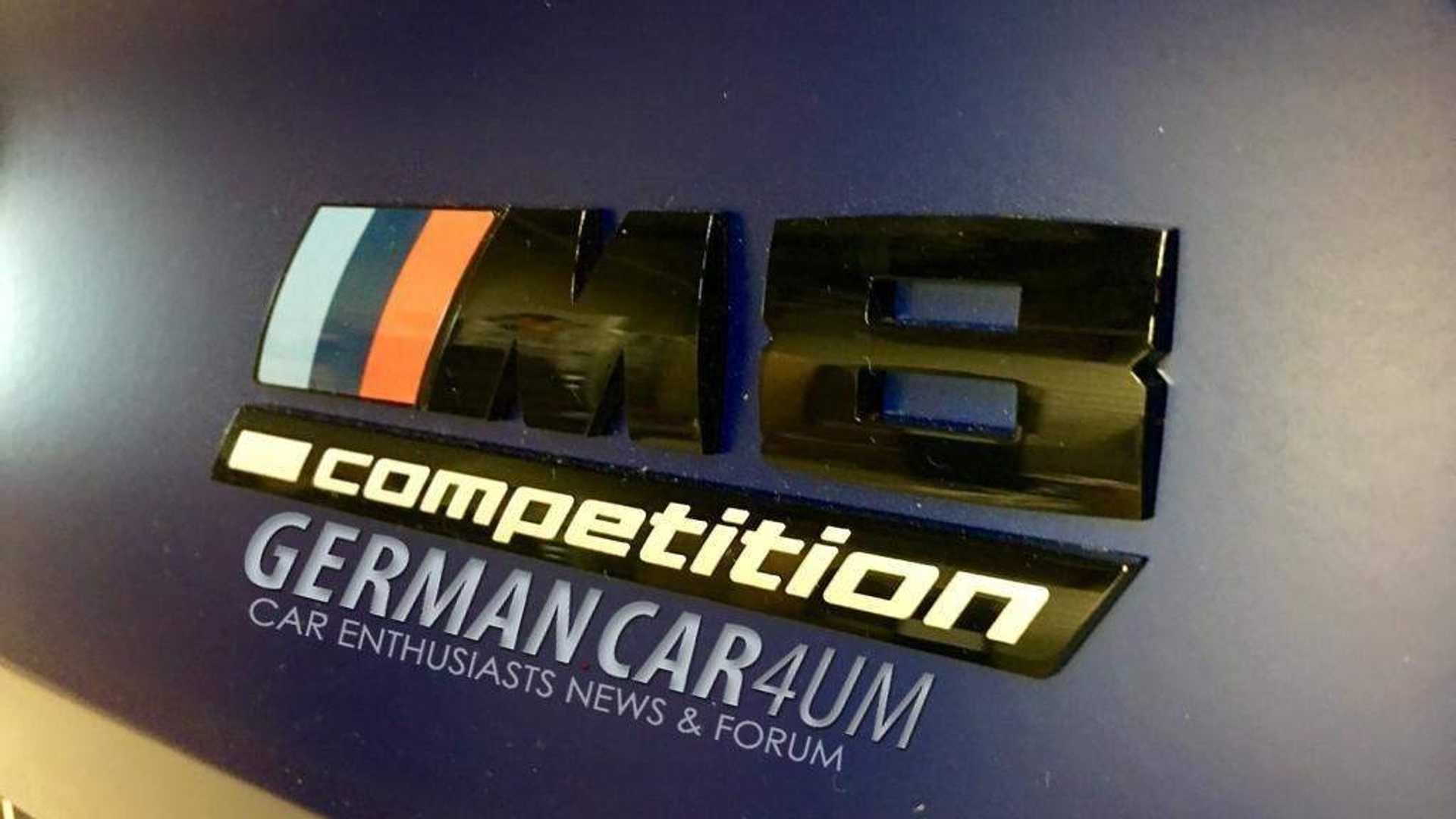 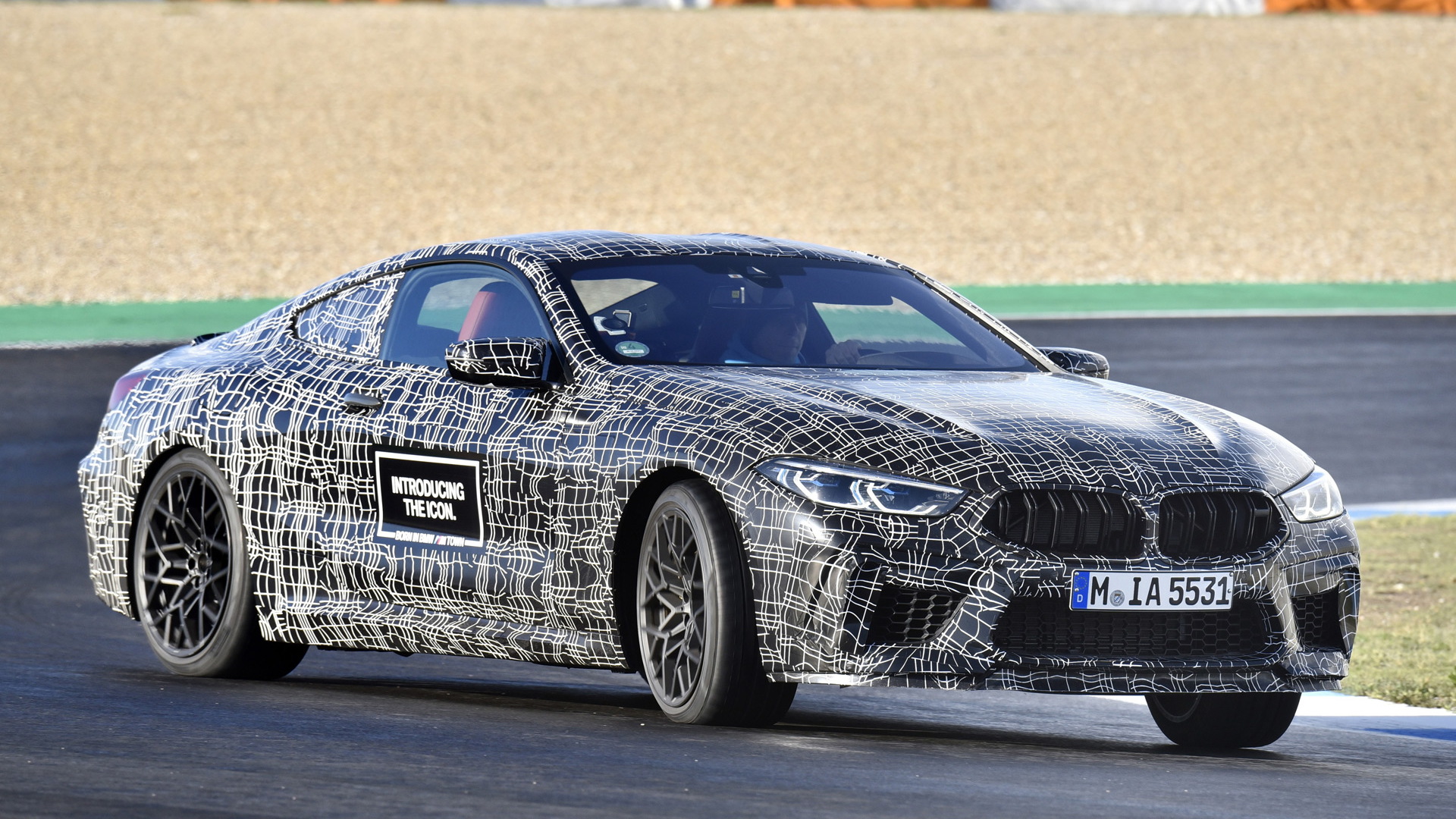 Here it is. The new BMW M8 courtesy of a leak on German Car Forum.

The particular version shown is the hotter M8 Competition. It features a number of carbon fiber accents that will likely be absent on the standard M8. It should also come with extra horsepower but we won't know for sure until BMW M launches the M8 in the coming months.

Details we can spot in the leaked shots include carbon fiber on the roof, side mirror caps, front intake surrounds, side vents, trunk lid spoiler, and rear diffuser. You'll also notice the massive wheels which at the front measure 20 inches in diameter and are shod in 275/35-size Michelin Pilot Sport tires. The brake package also appears to contain carbon-ceramic rotors.

The design of the M8 was previewed in March at the 2018 Geneva International Motor Show with the M8 Gran Coupe concept.

BMW M only in November announced that development of the M8 was entering the final stages. The car is confirmed to be coming with the same mechanical package as the M5, meaning a 4.4-liter twin-turbocharged V-8, 8-speed automatic, and rear-biased all-wheel drive with driver selectable rear-wheel drive. Peak output should be 600 hp in the standard M8 and possibly up around 620 hp in the M8 Competition, both figures likely conservatively rated.

Compared to the regular 8-Series, including the M850i M Performance model on sale in December, the M8 benefits from enhanced body rigidity. The engineers also looked at enhancing weight distribution and the center of gravity by tweaking the chassis components and their mounting, using lessons from the M8 race program. BMW M said weight was minimized, though we doubt the car's curb weight will slip below the 4,000-pound mark. Yes, the 8-Series is a heavy beast.

The M8 in coupe guise will make its debut soon, possibly next January at the 2019 North American International Auto Show in Detroit or next March at the 2019 Geneva auto show. Sales will follow in 2019, with the car likely arriving as a 2020 model.

M8 Convertible and M8 Gran Coupe variants will follow shortly after. It's too early to talk pricing but expect a starting price around the $150,000 mark. Alternatives to the M8 include the Mercedes-AMG S63 Coupe and Bentley Continental GT.